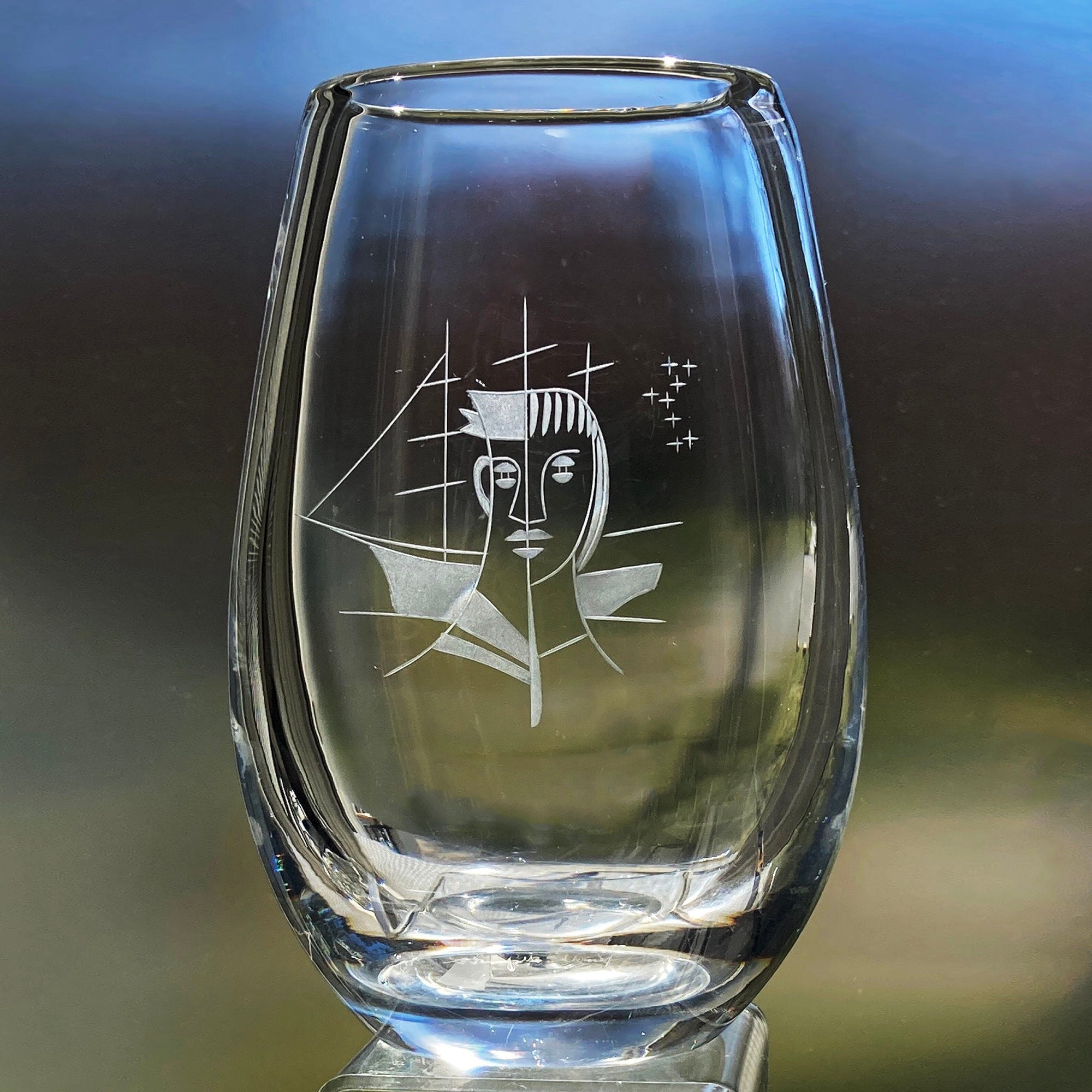 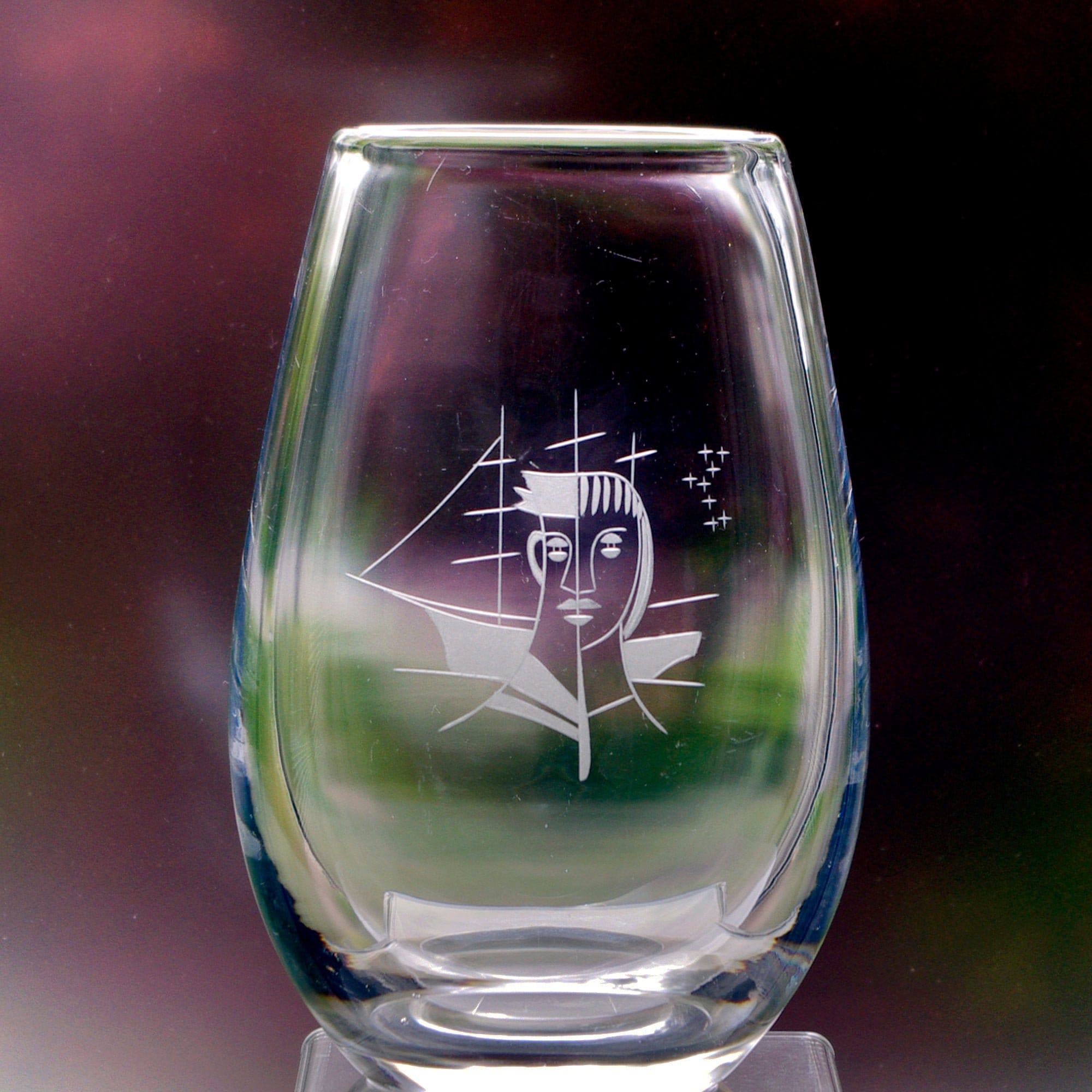 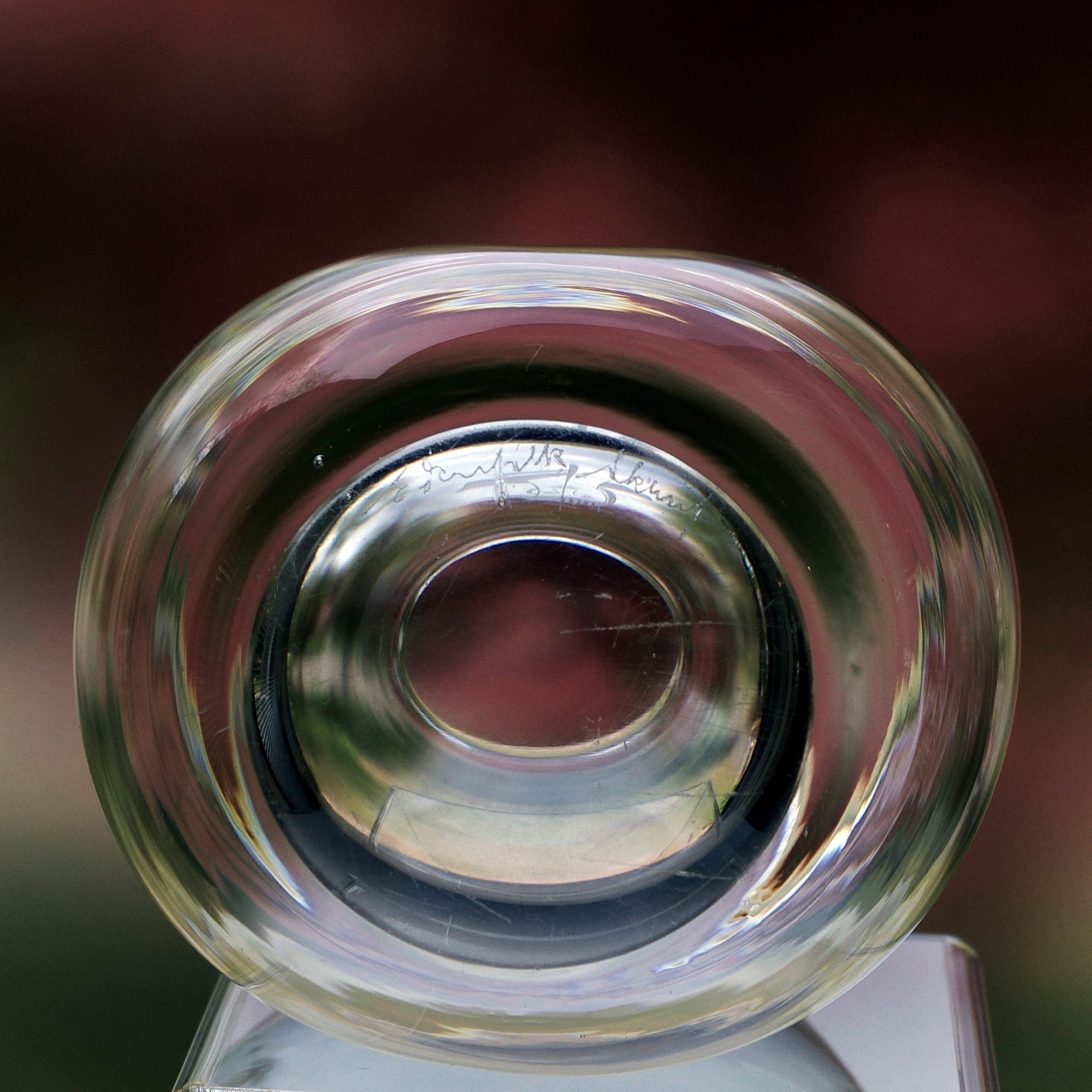 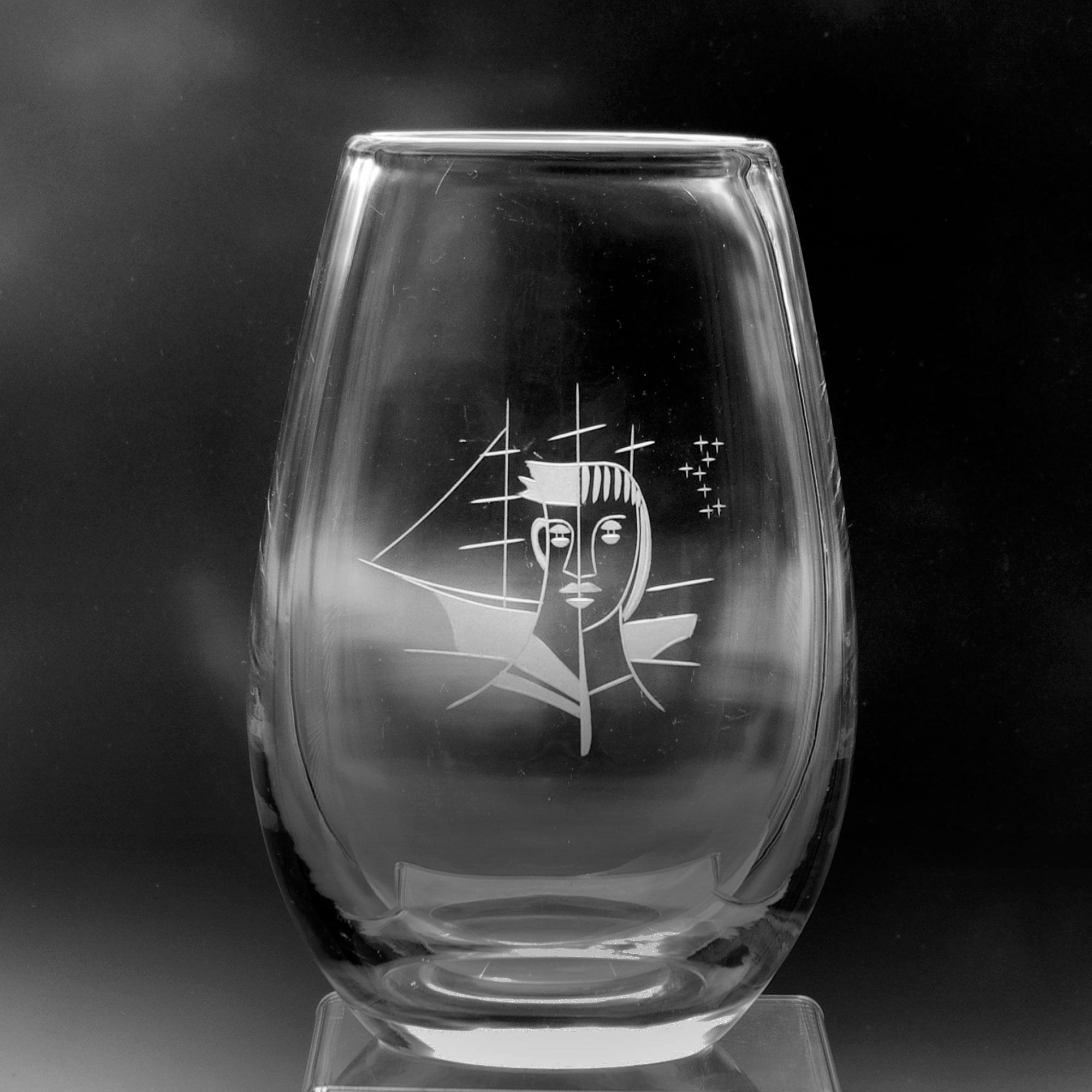 Bengt Edenfalk designed this one-of-a-kind vase for Skruf, likely in the 1970's. The ovoid form is decorated with an abstract split image. On one side is a sailor in uniform with a ship in the background, and on the other side is the same person, dressed for a night out, with stars in the sky. The gender(s) of the figure are ambiguous, making this a unique gift for a wide variety of people.

The vase is about 6 inches tall, and it weighs 3 pounds. It is engraved by hand, and signed on its base with the company and artist's names.