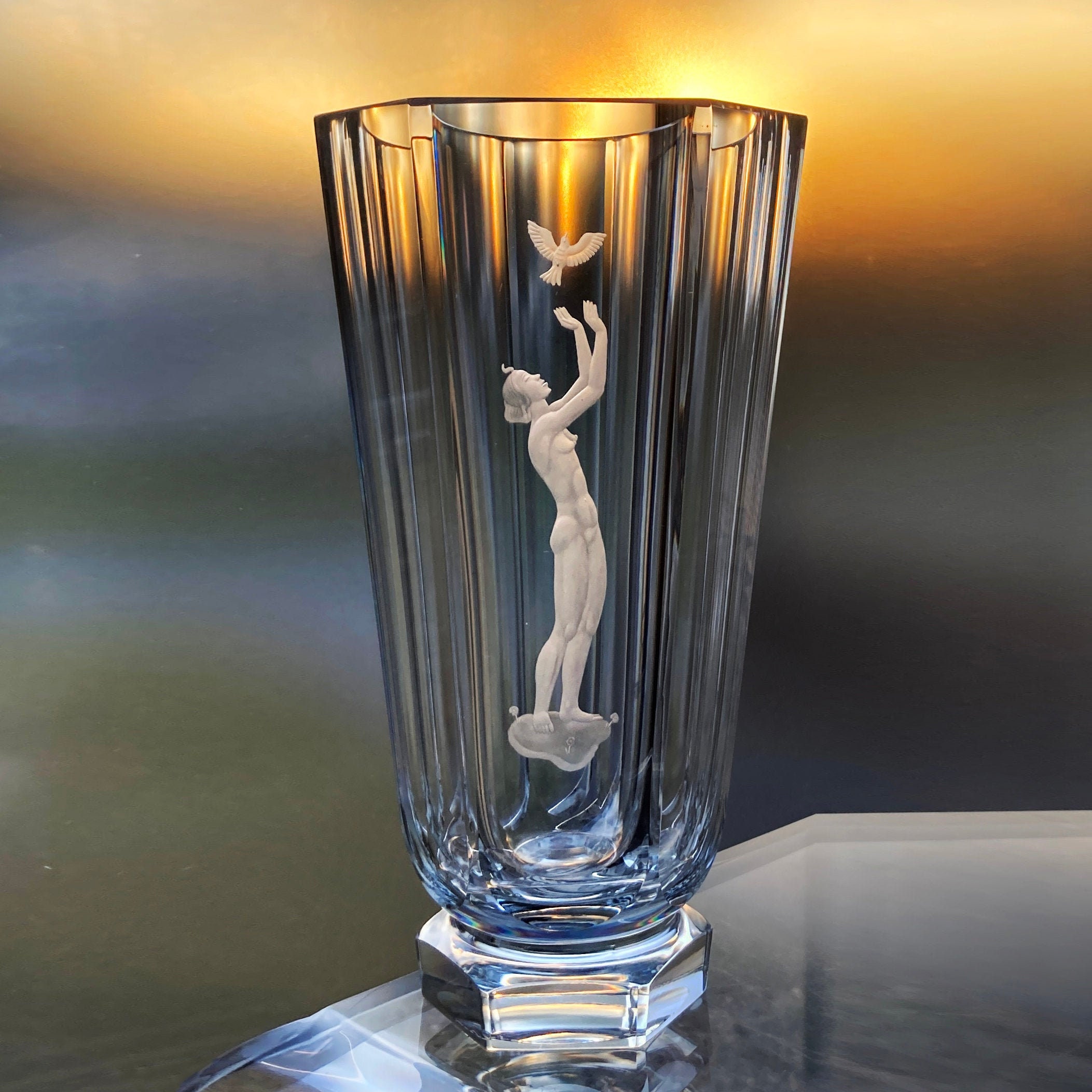 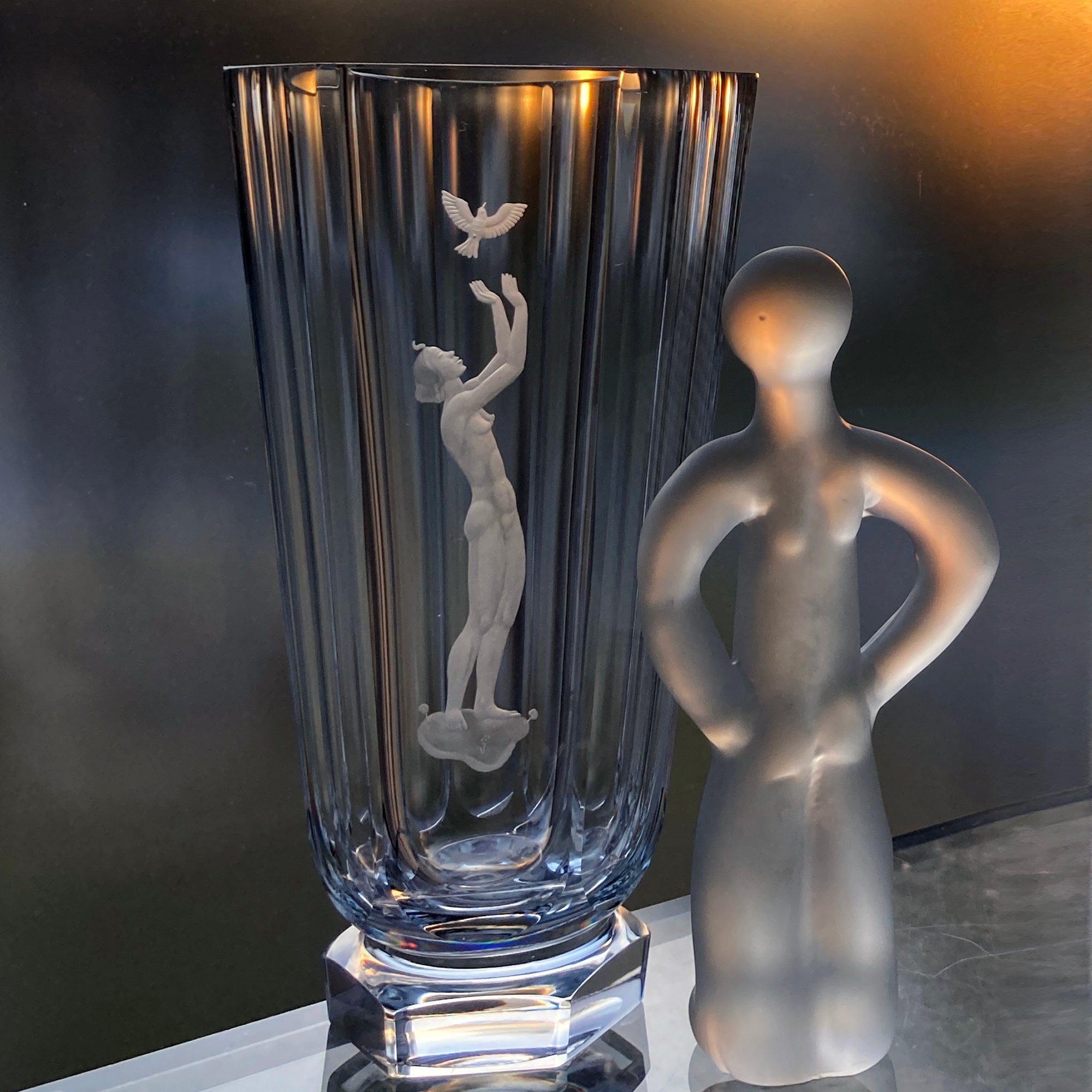 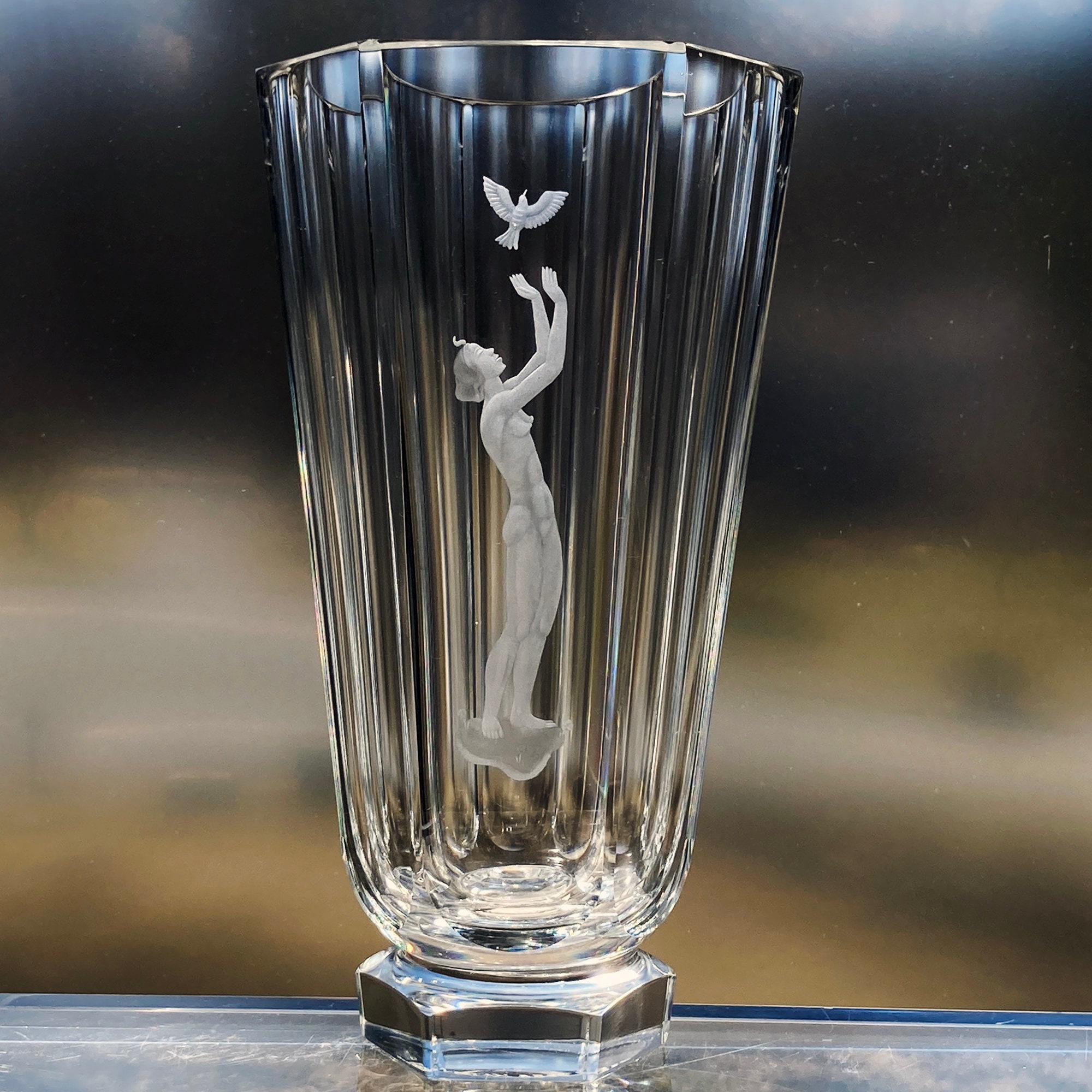 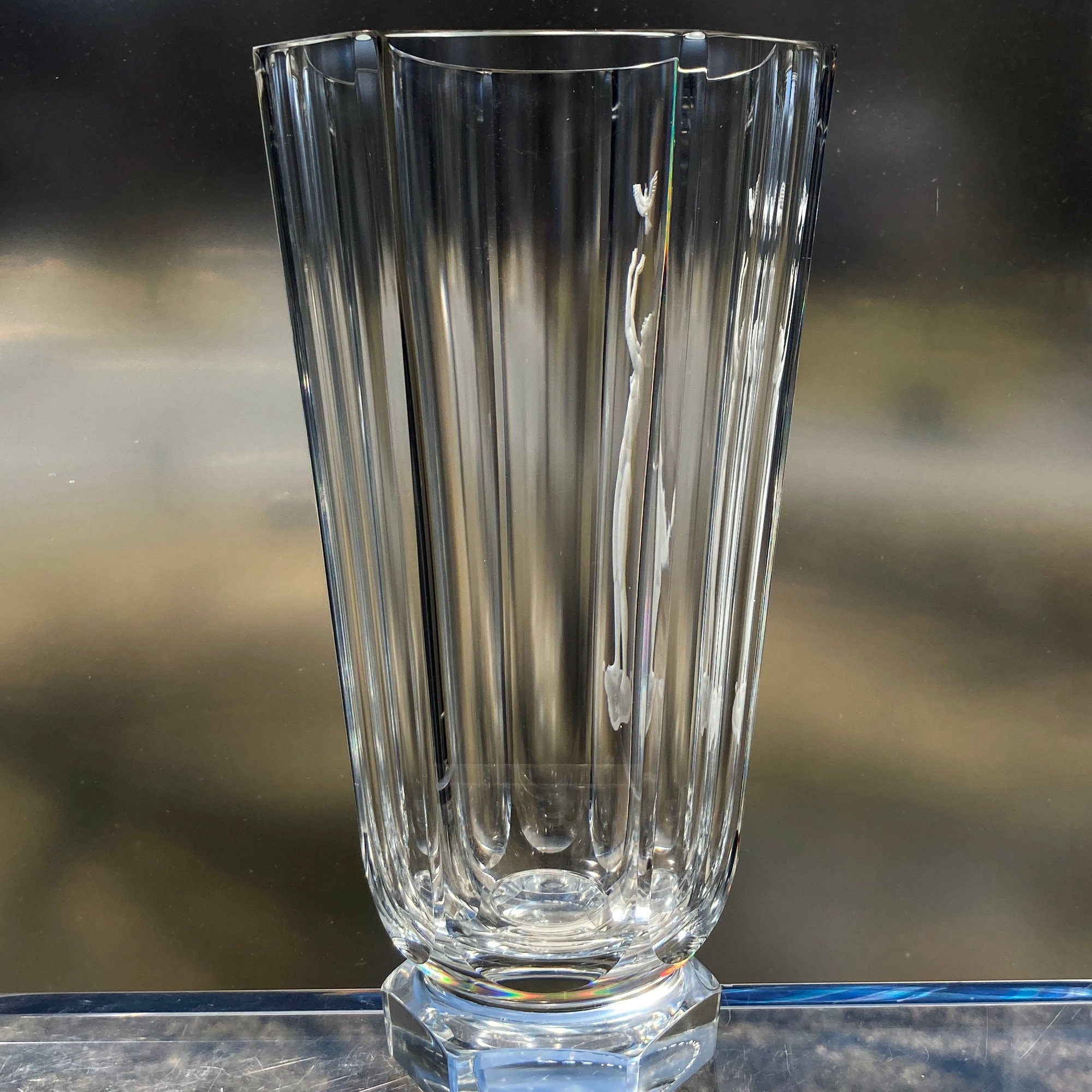 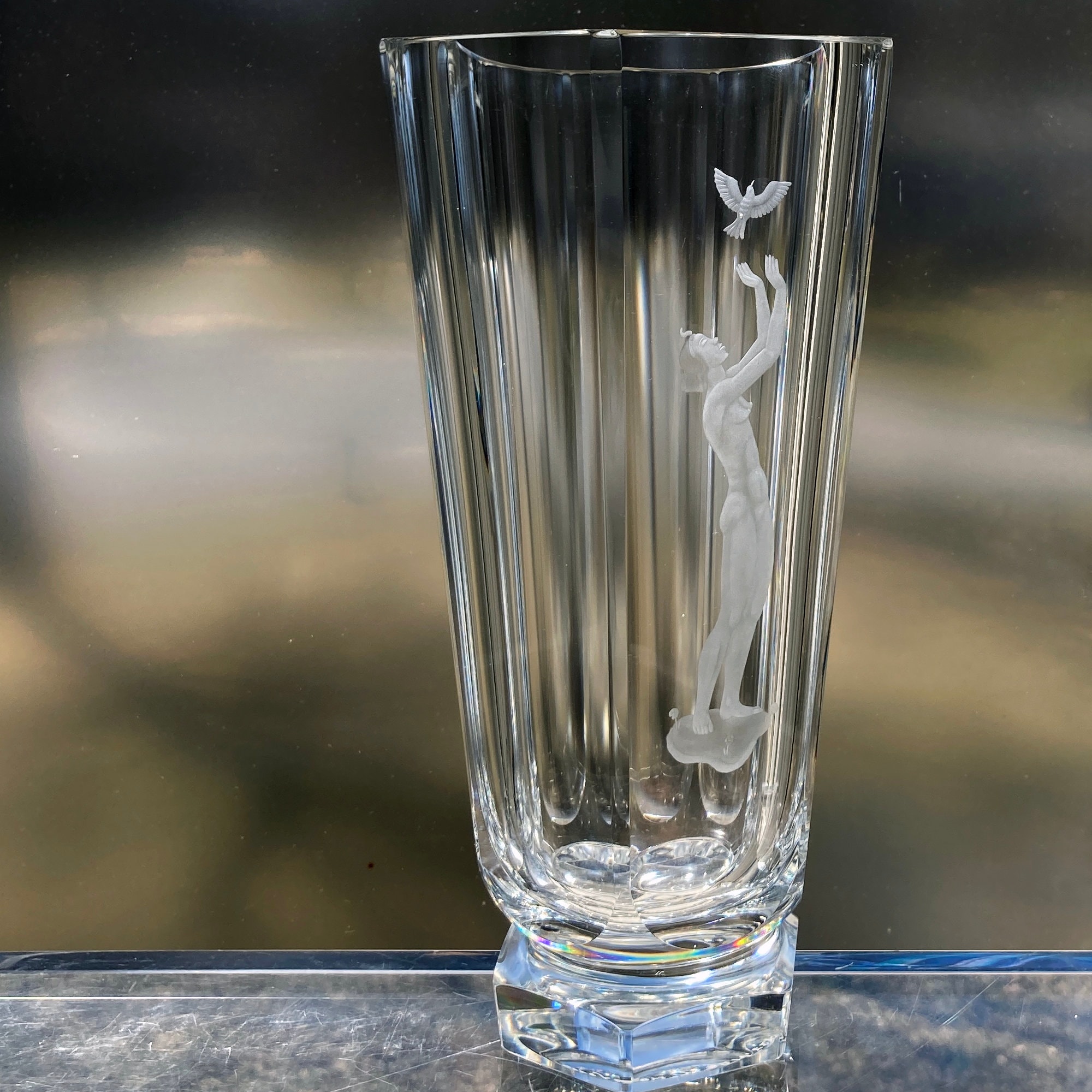 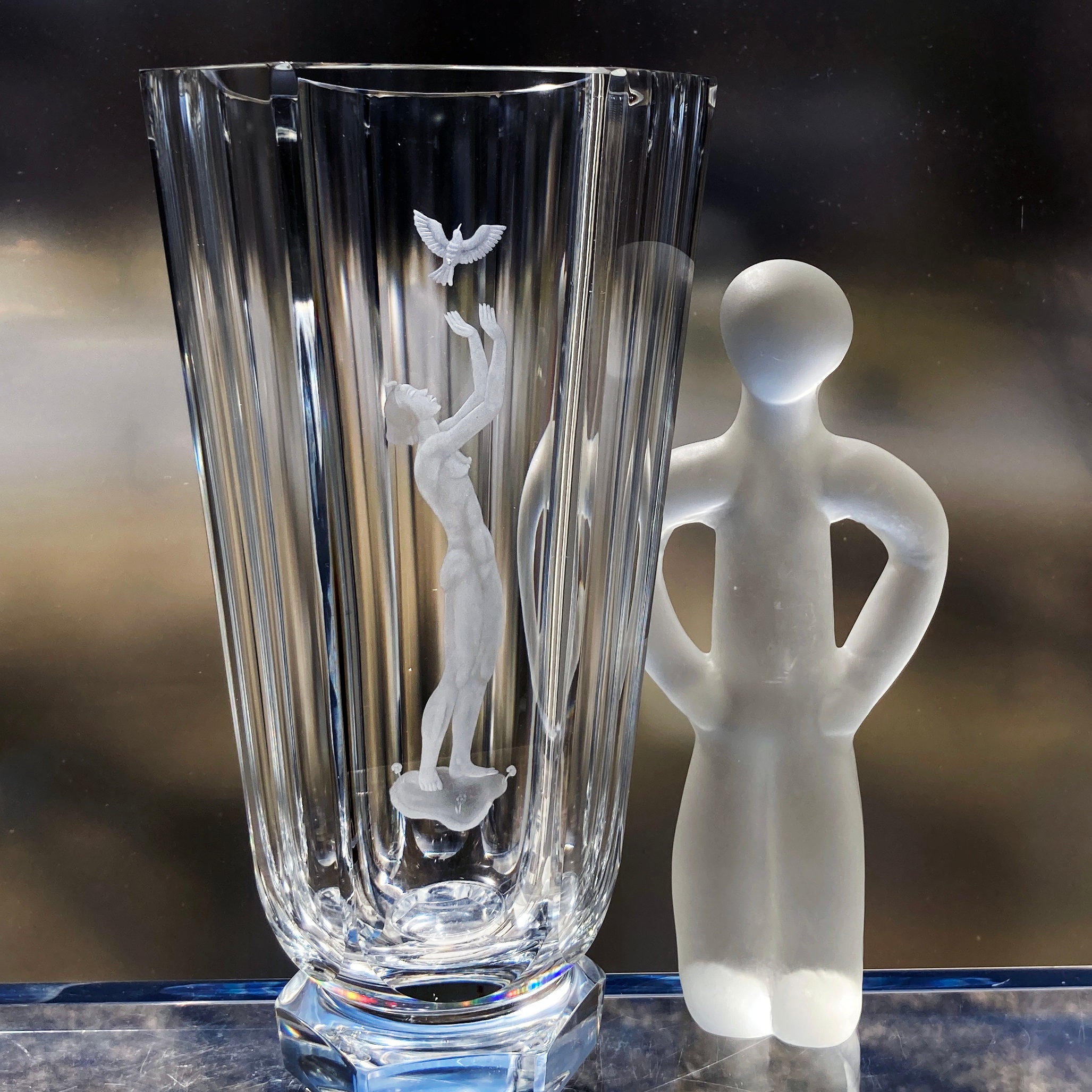 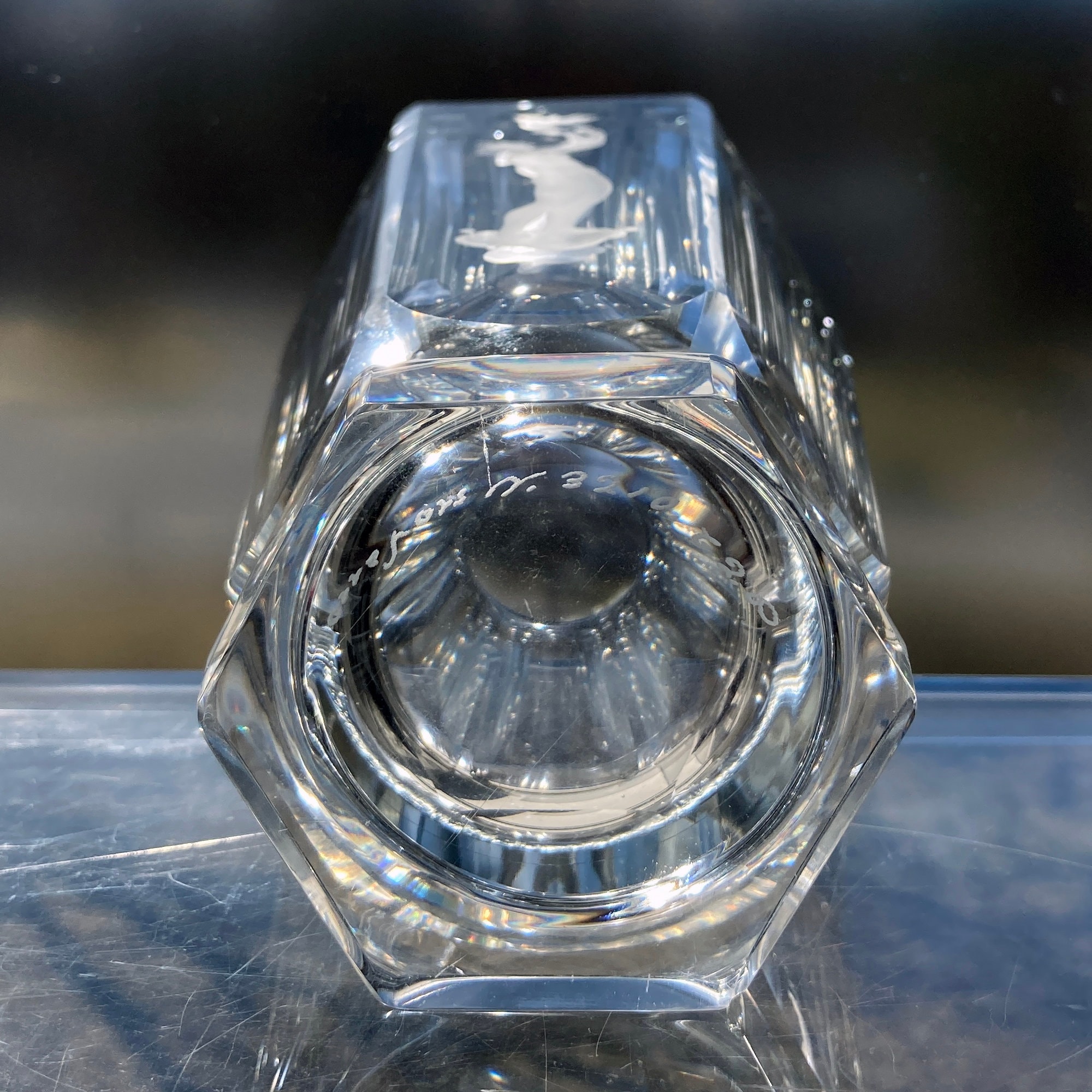 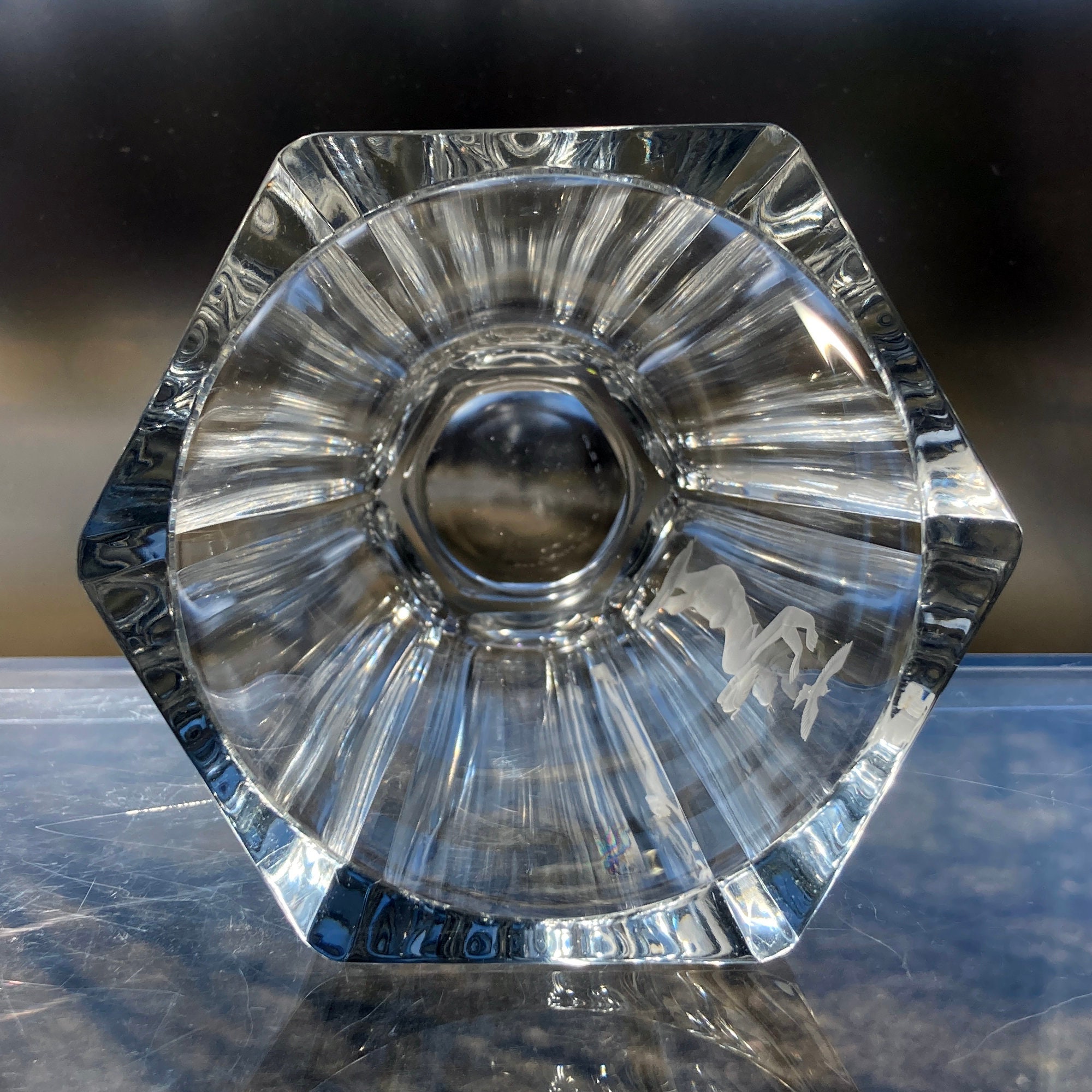 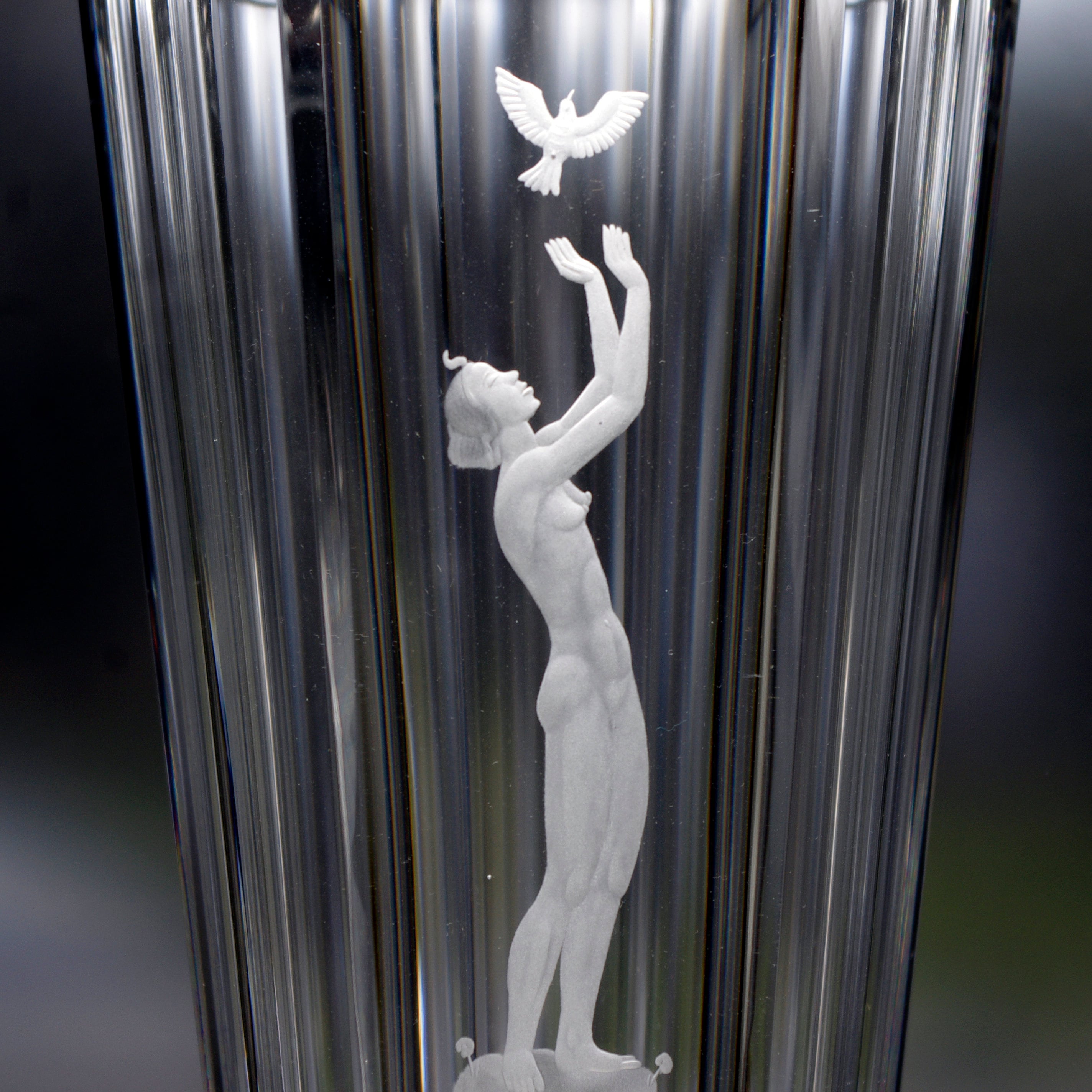 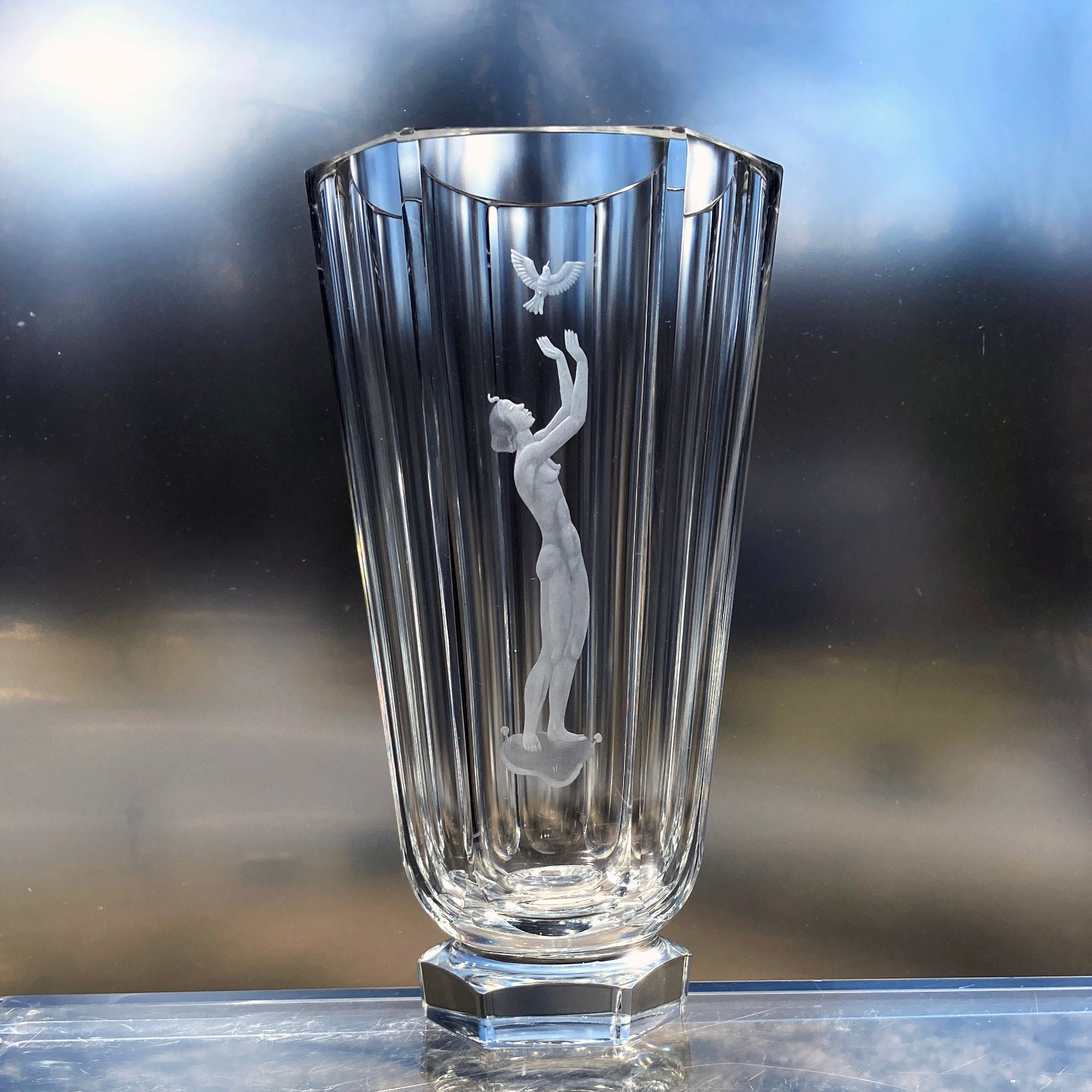 Designed by Nils Landberg, this vase captures an exotic nude woman, releasing a bird in the air. It is a bold example of Swedish art glass, influenced by the art deco movement and a fascination with Egyptian style. It takes many hands to make a piece like this, and the techniques are not commonly used today. The vase is blown, polished, and engraved all by hand - remarkable.

This special vase is a perfect size for display on a shelf or desk, 5.25" in diameter and 9.5" tall, and it weighs 3 pounds. The style code 3210 tells me it was designed in 1953, and the production date code C2 means that this particular vase was made in 1954. It is in exceptionally good condition for 67-year-old glass.