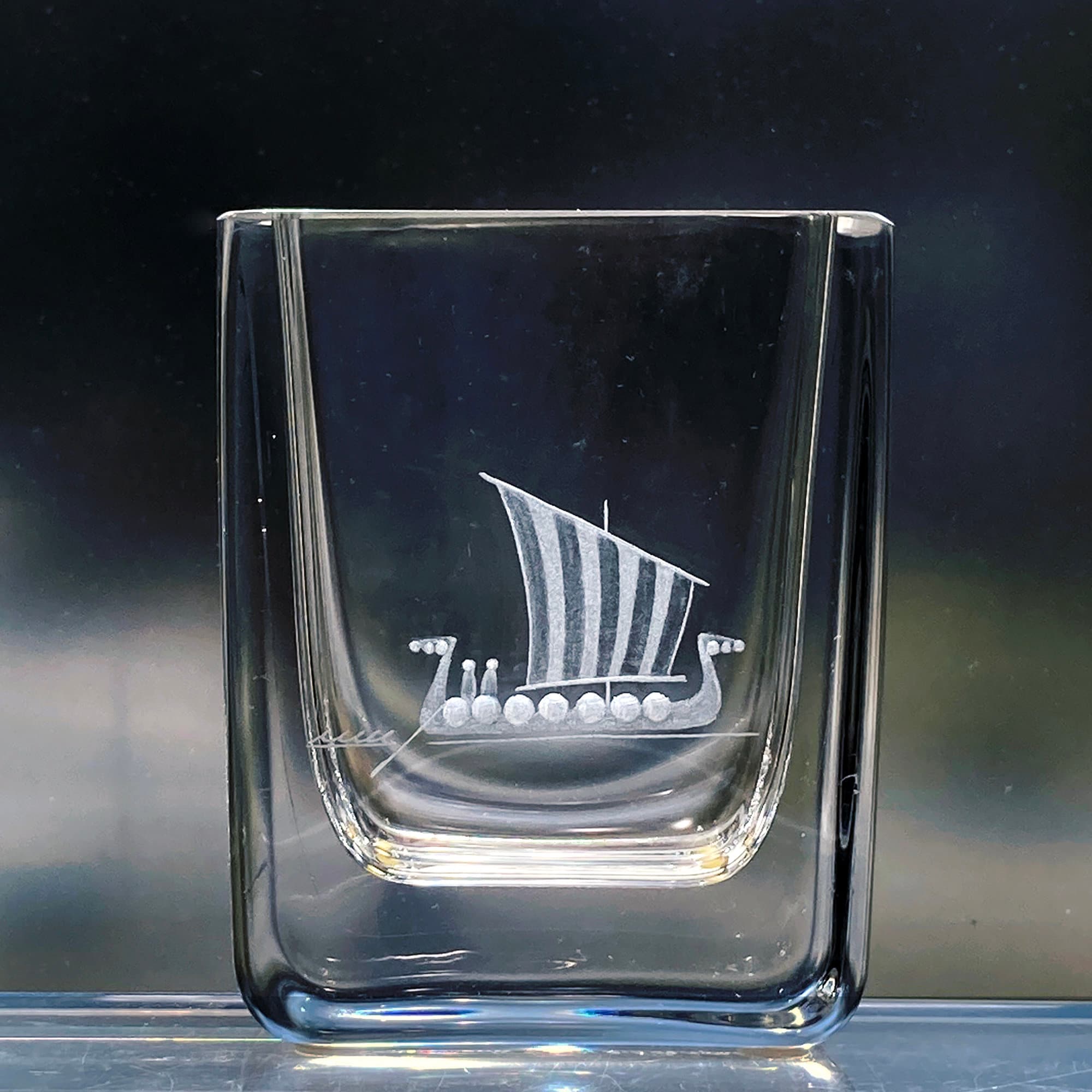 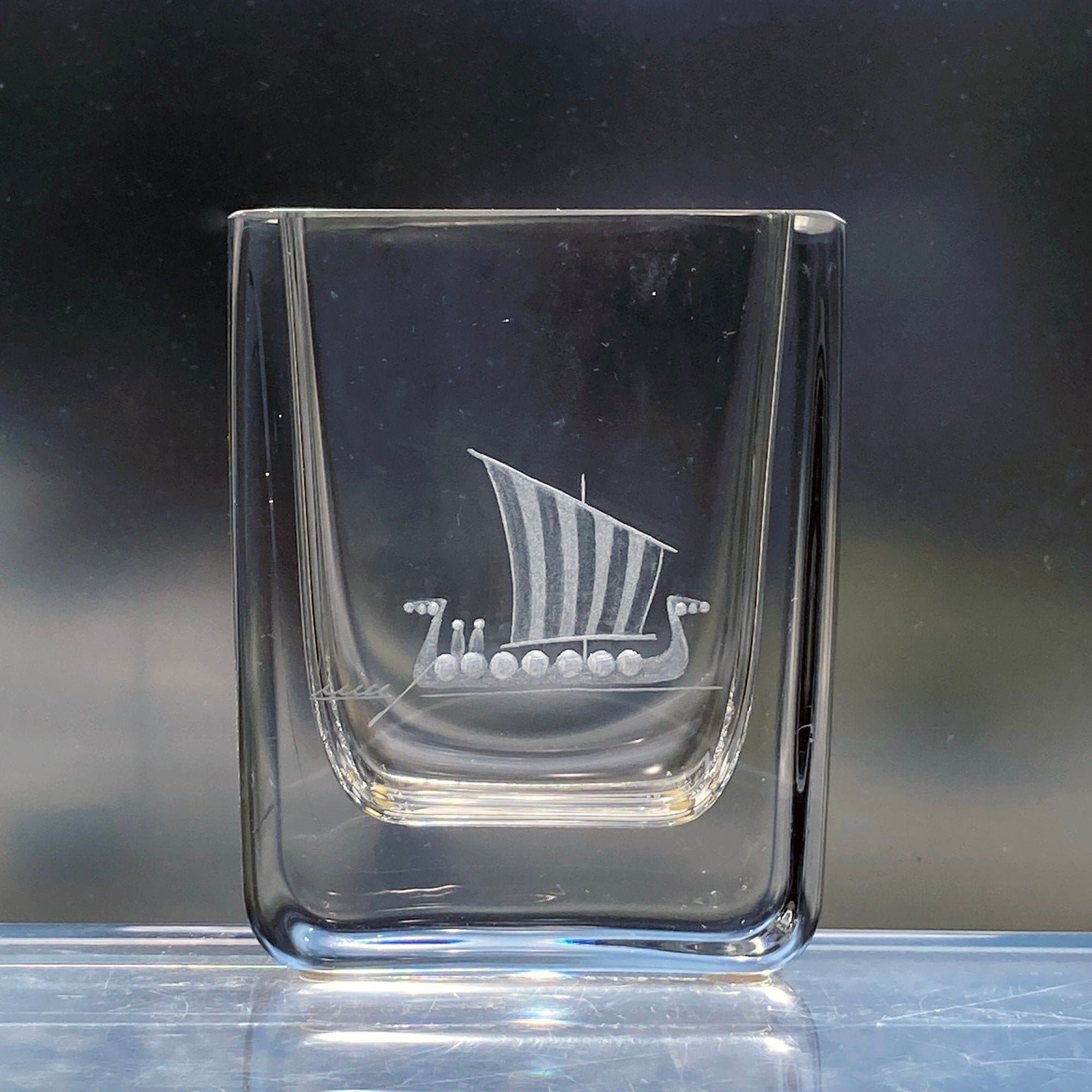 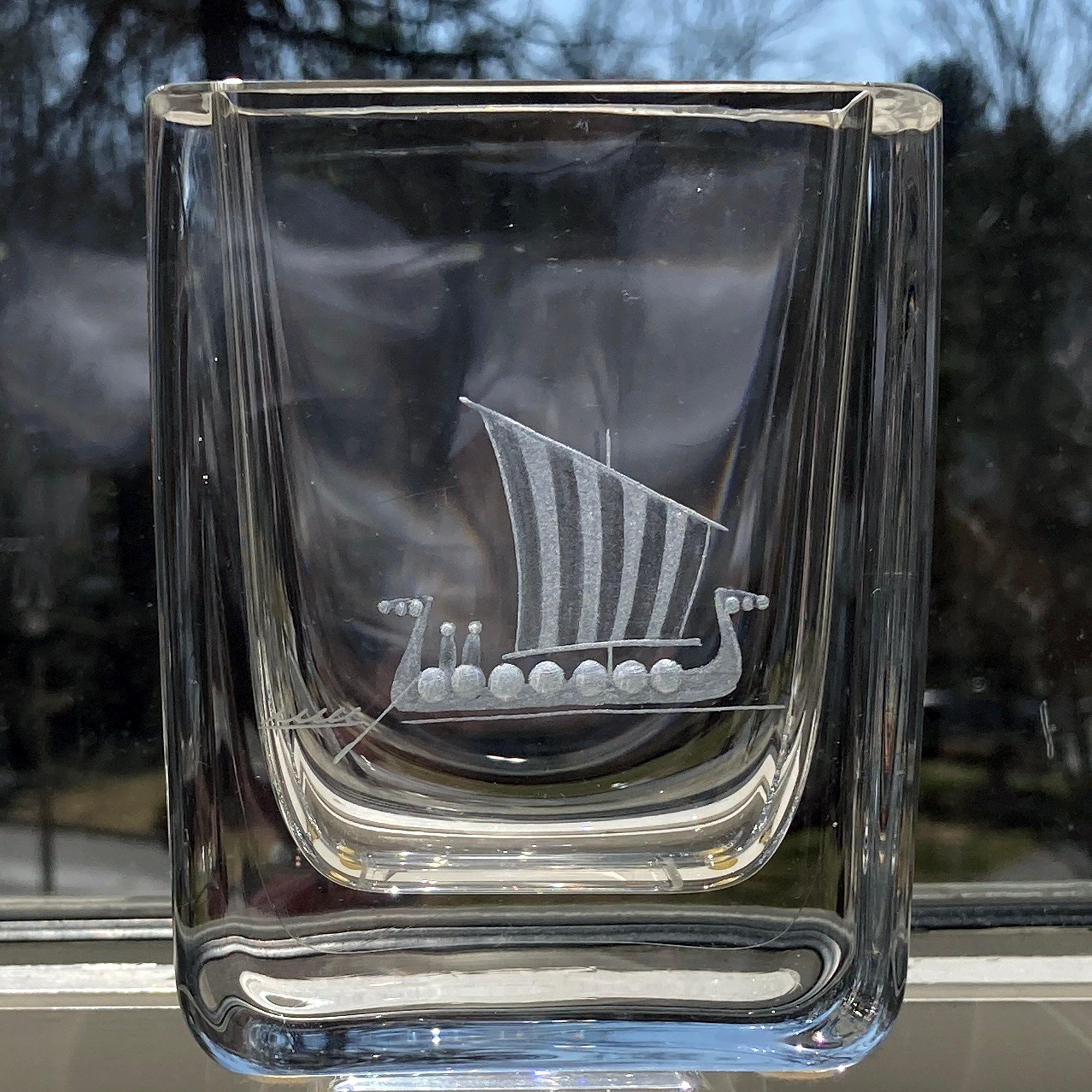 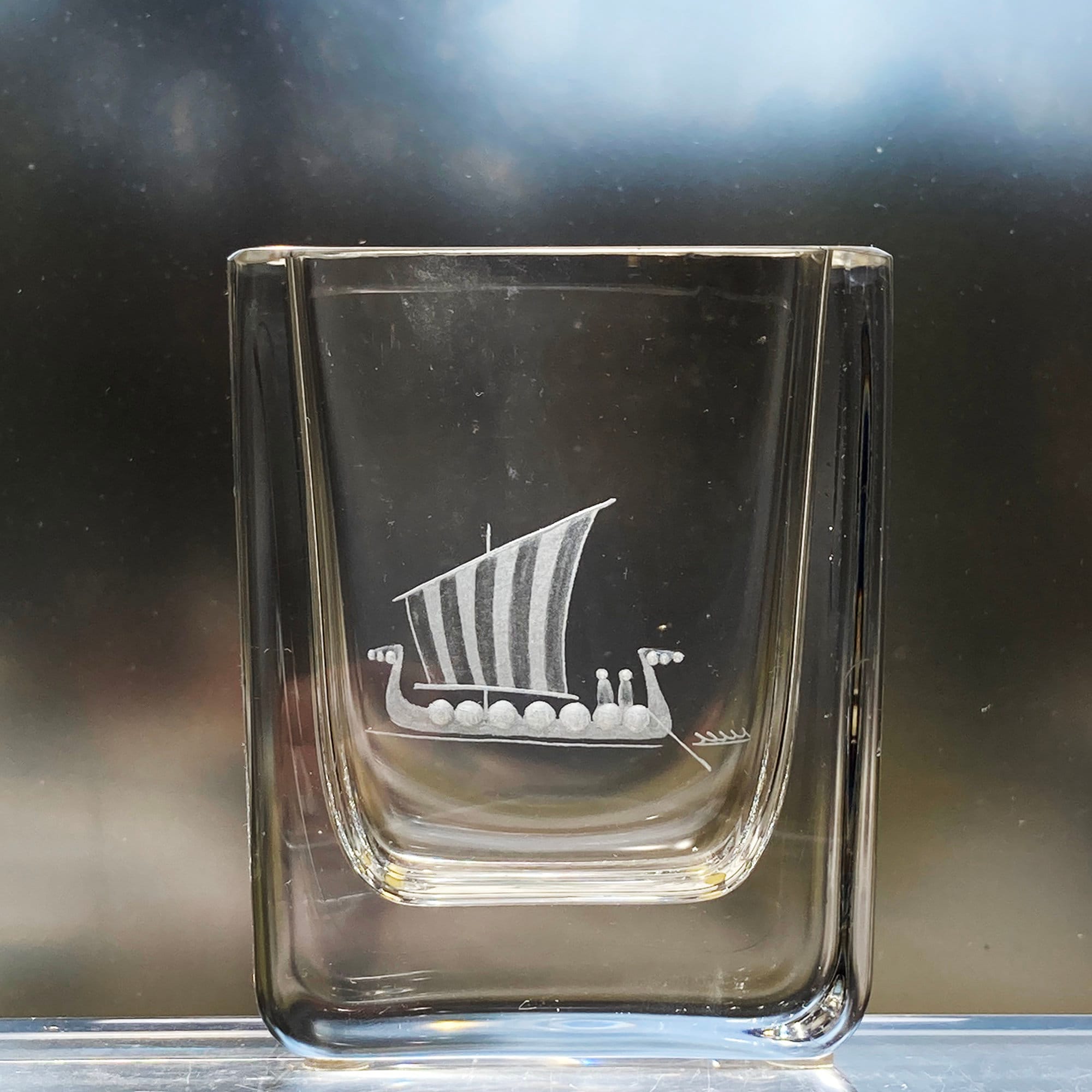 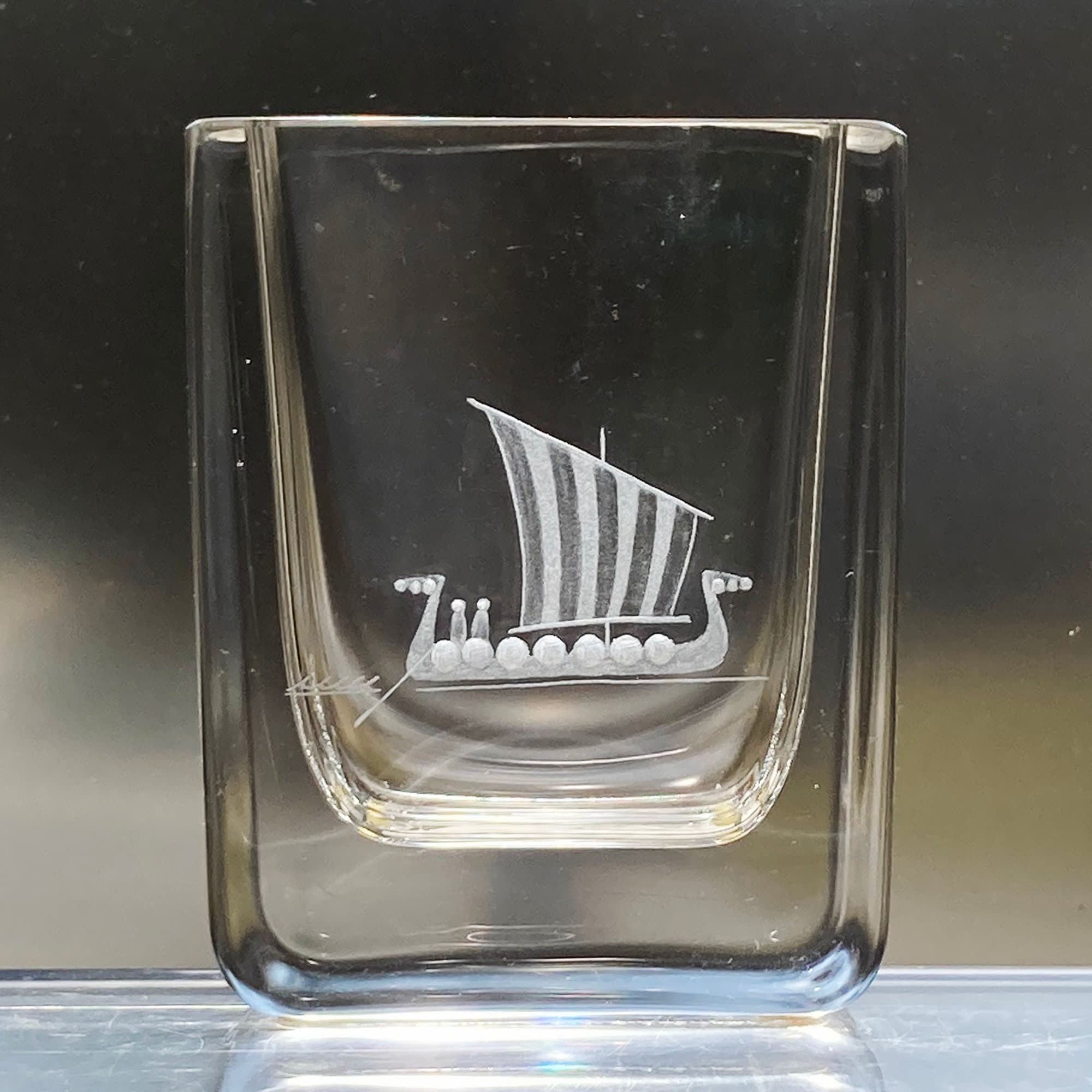 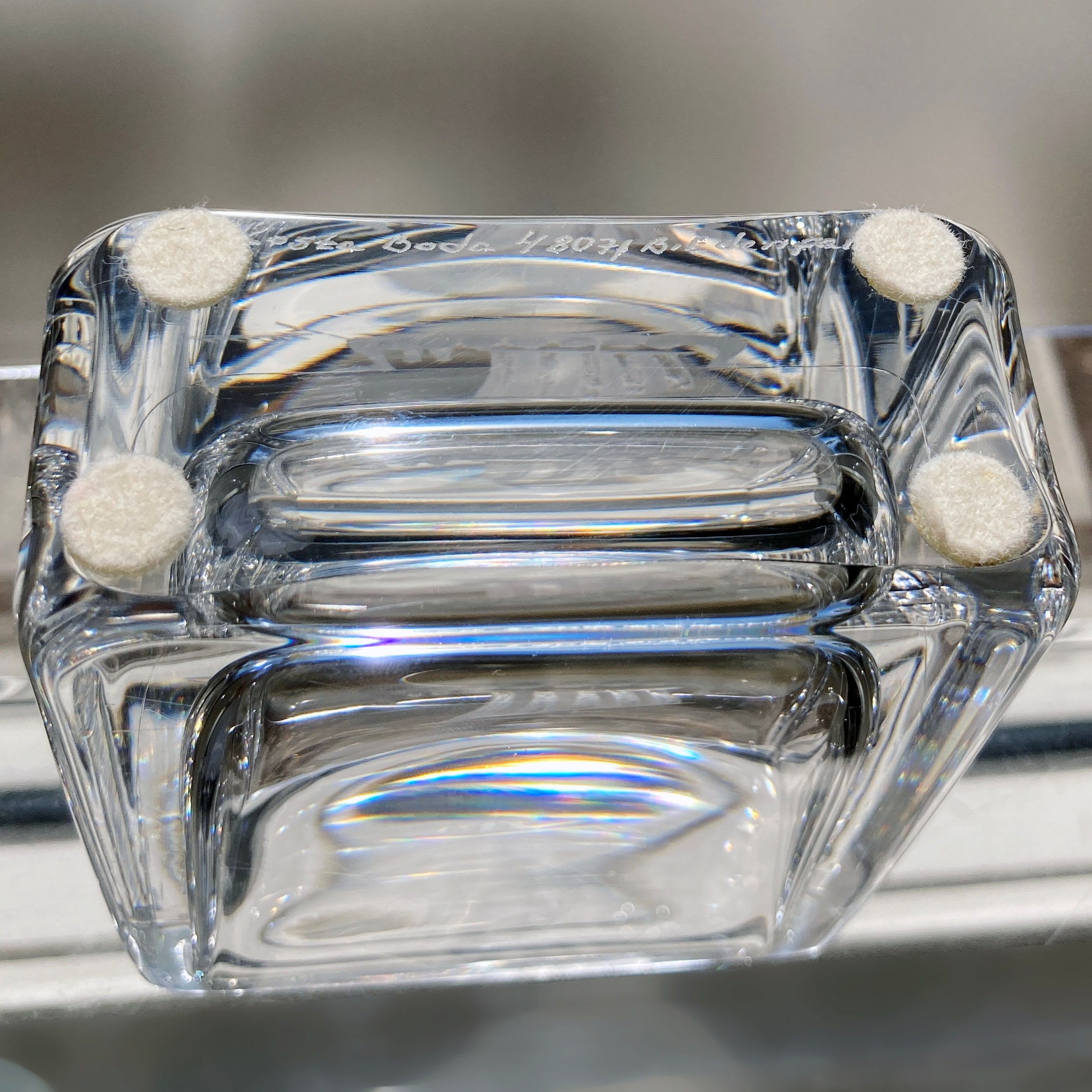 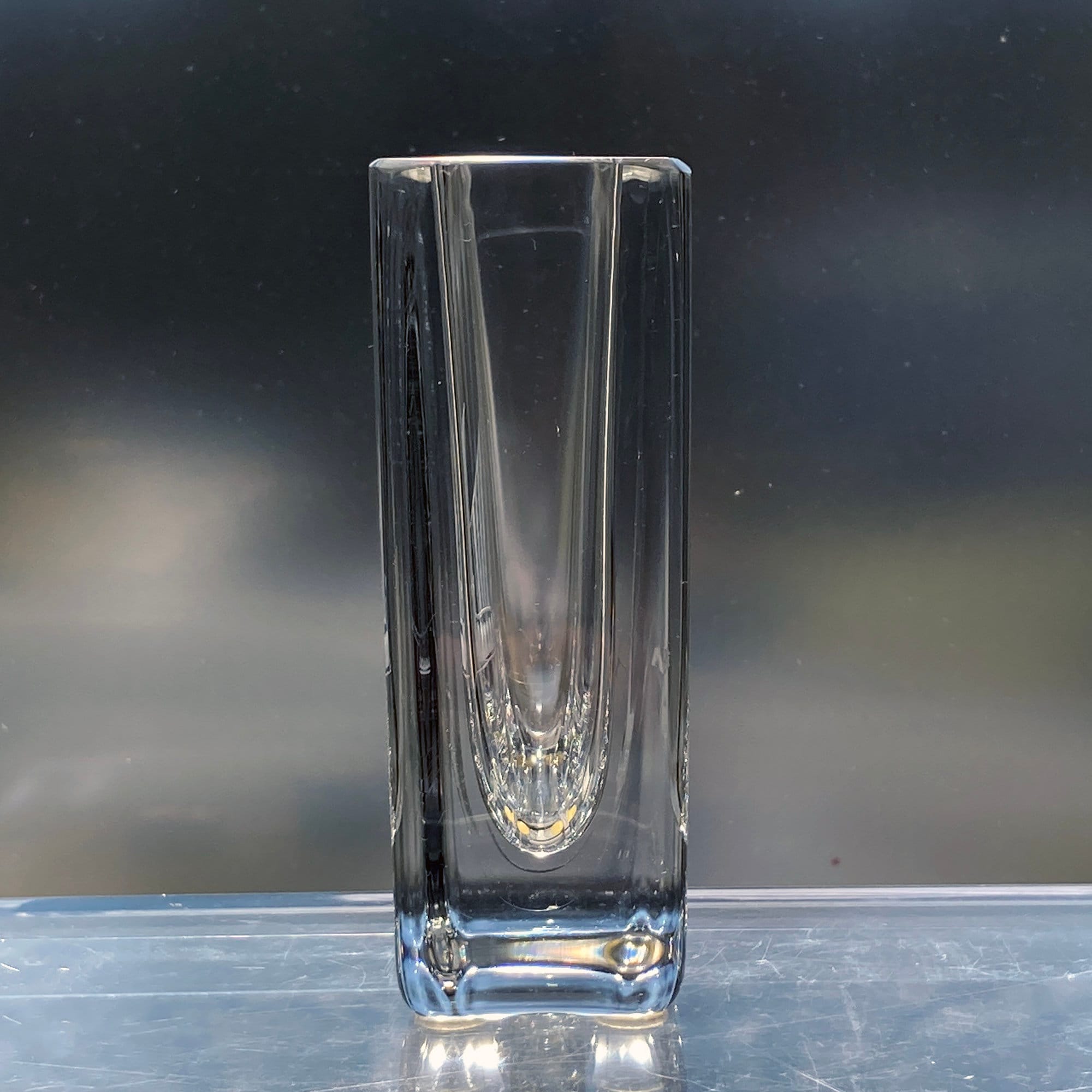 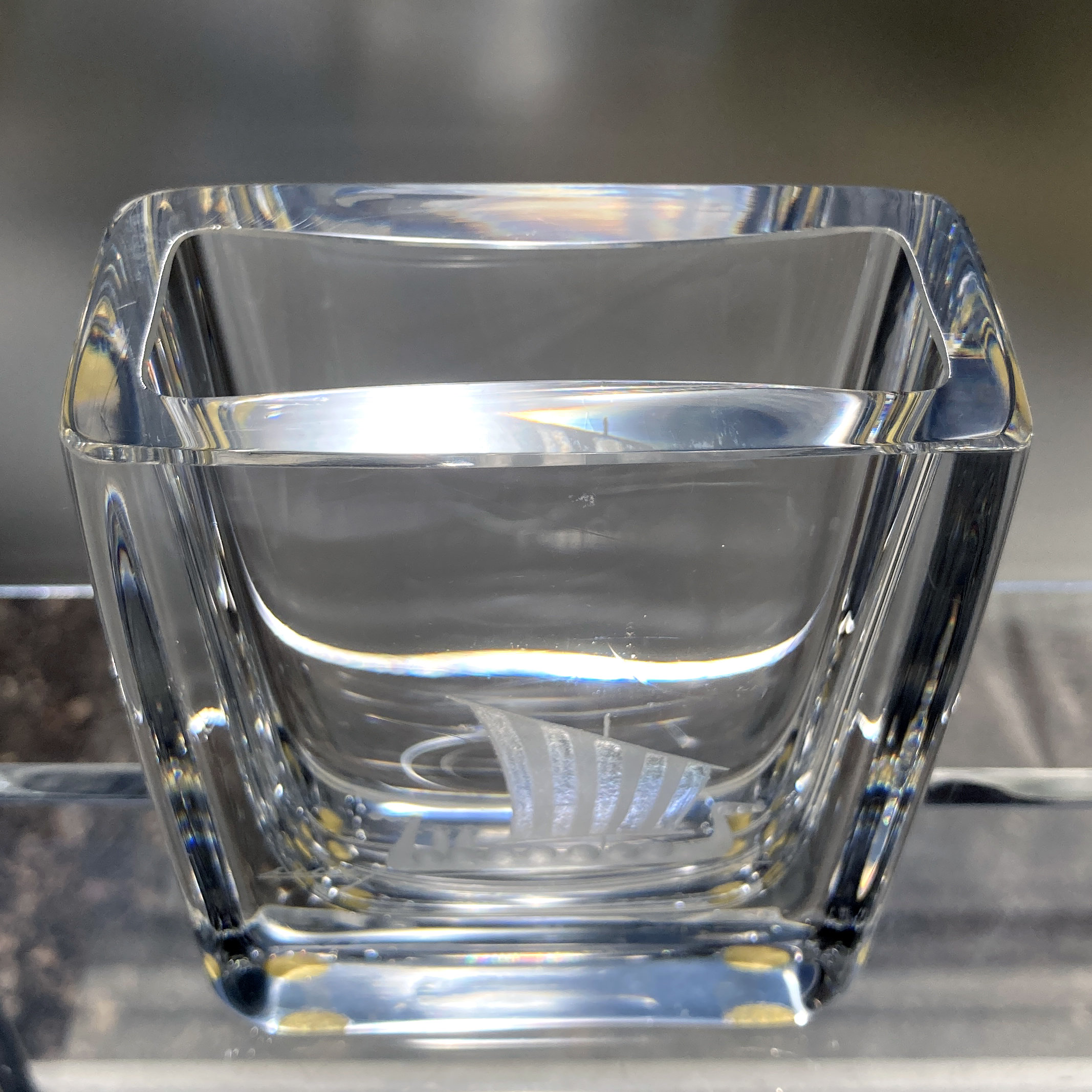 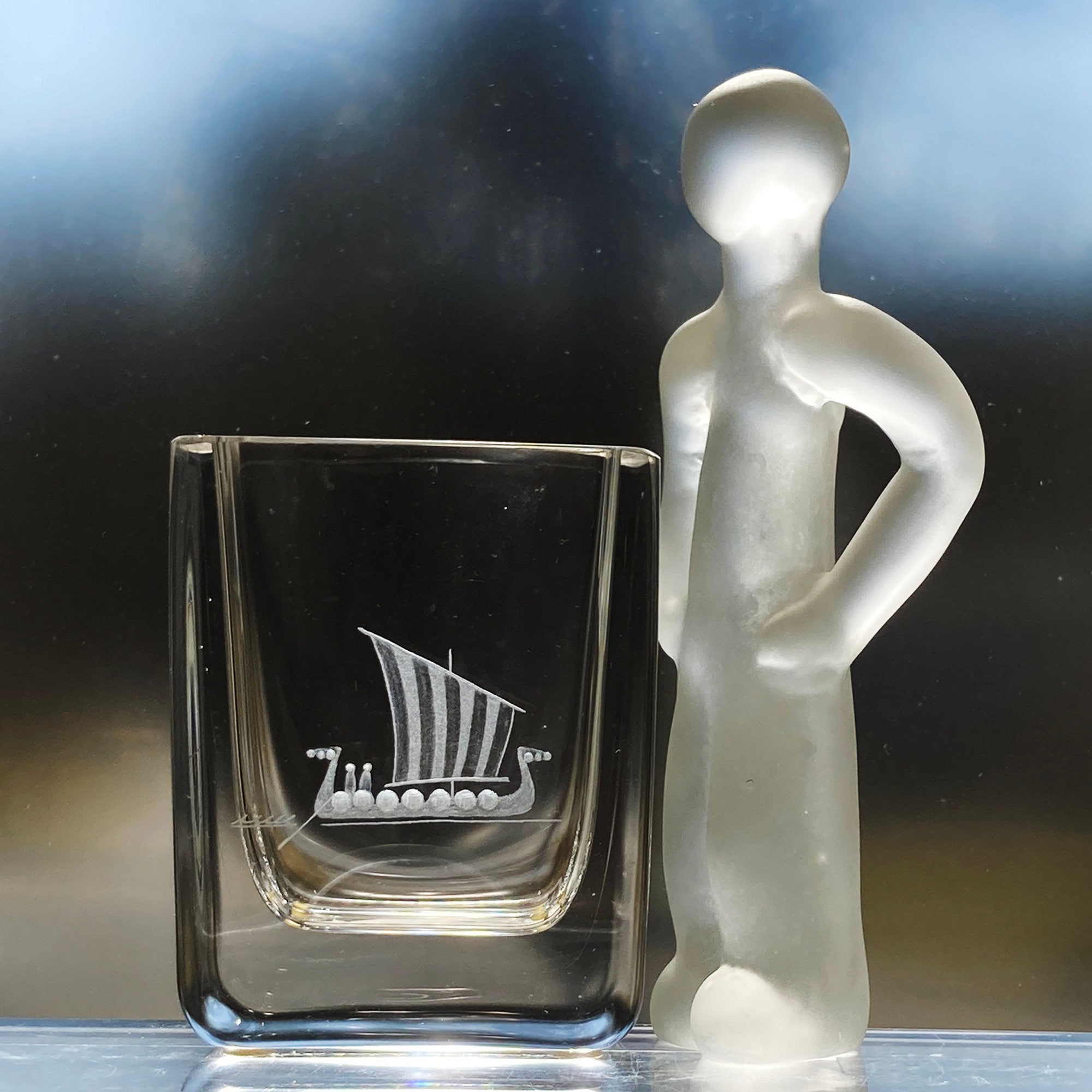 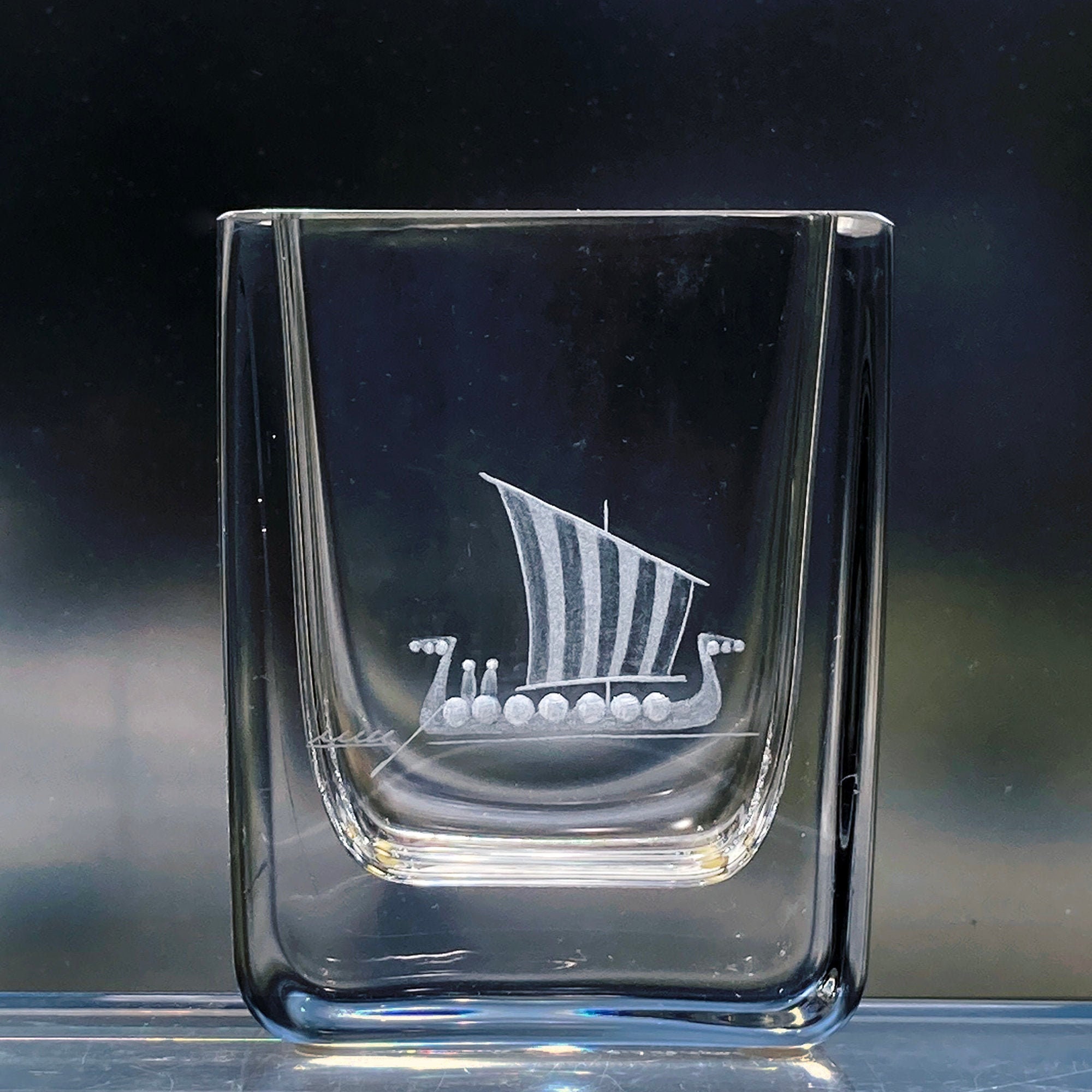 Bengt Edenfalk designed this charming vase in the early 1970s. The square form is decorated with the iconic Viking Longboat, a symbol long associated with Sweden. This square vase is 4.5" x 1.25" x 5", and it weighs 1.2 pounds. It is in very good condition, with only minor scratches, not unusual for its age. It is copper-wheel engraved, and signed on its base.

Bengt Edenfalk (1924-2016) started his career as an intern to Edvard Hald at Orrefors Glasbruk in 1945. Two years later, he began his studies at Konstfack, graduating in 1952. In the same year, he was employed at Skrufs glassworks as art designer, a job he held until 1978. Edenfalk designed hundreds of glass objects: suites of glassware, vases, candlesticks, and bowls of various sizes and artistic expressions. The period at Skruf ended in 1978, when Edenfalk went to work for Kosta Glasbruk, where he remained until his retirement in 1989. After retiring, he worked occasionally with several small glass shops to design exhibition glass. Like so much of Edenfalk's work, this design is whimsical and timeless.