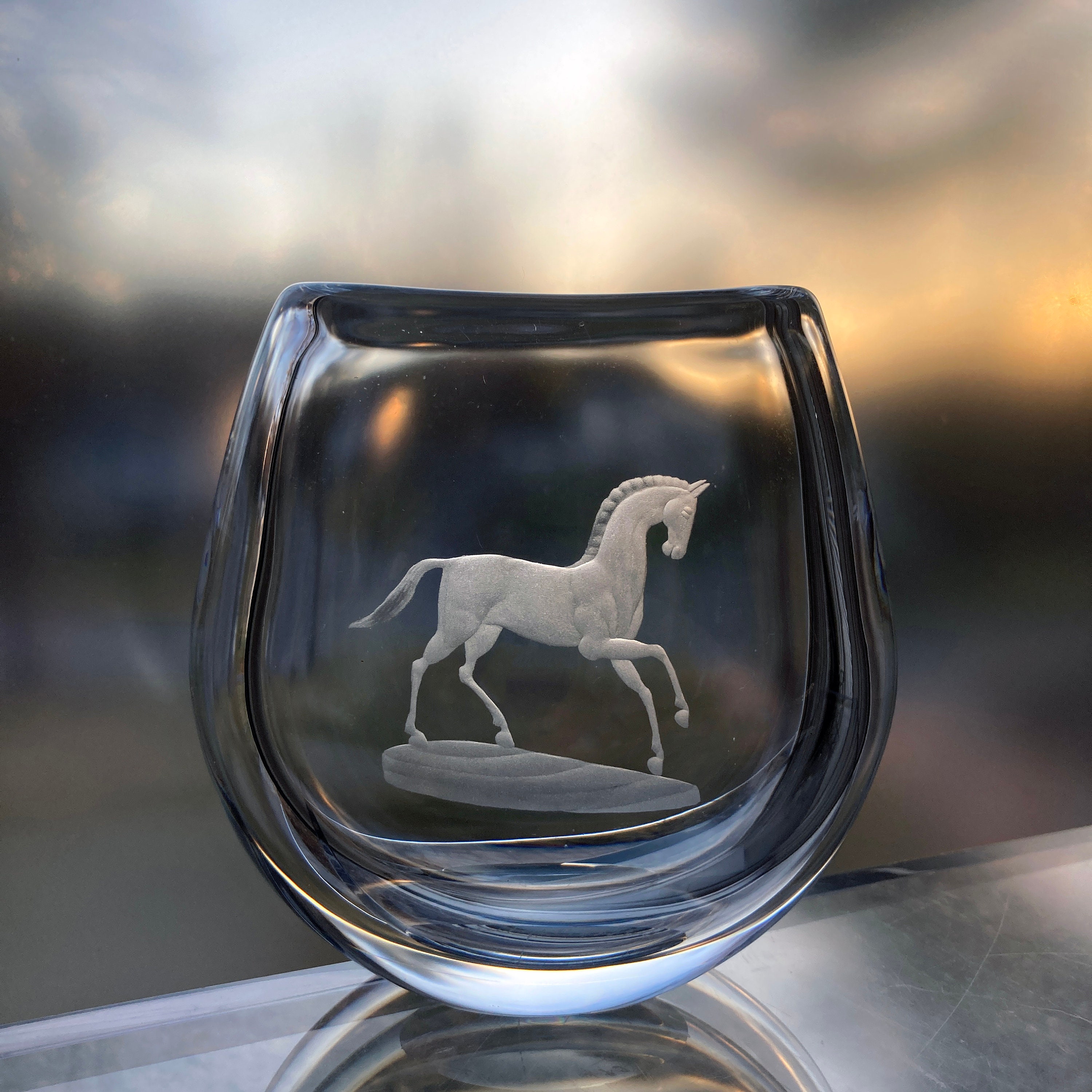 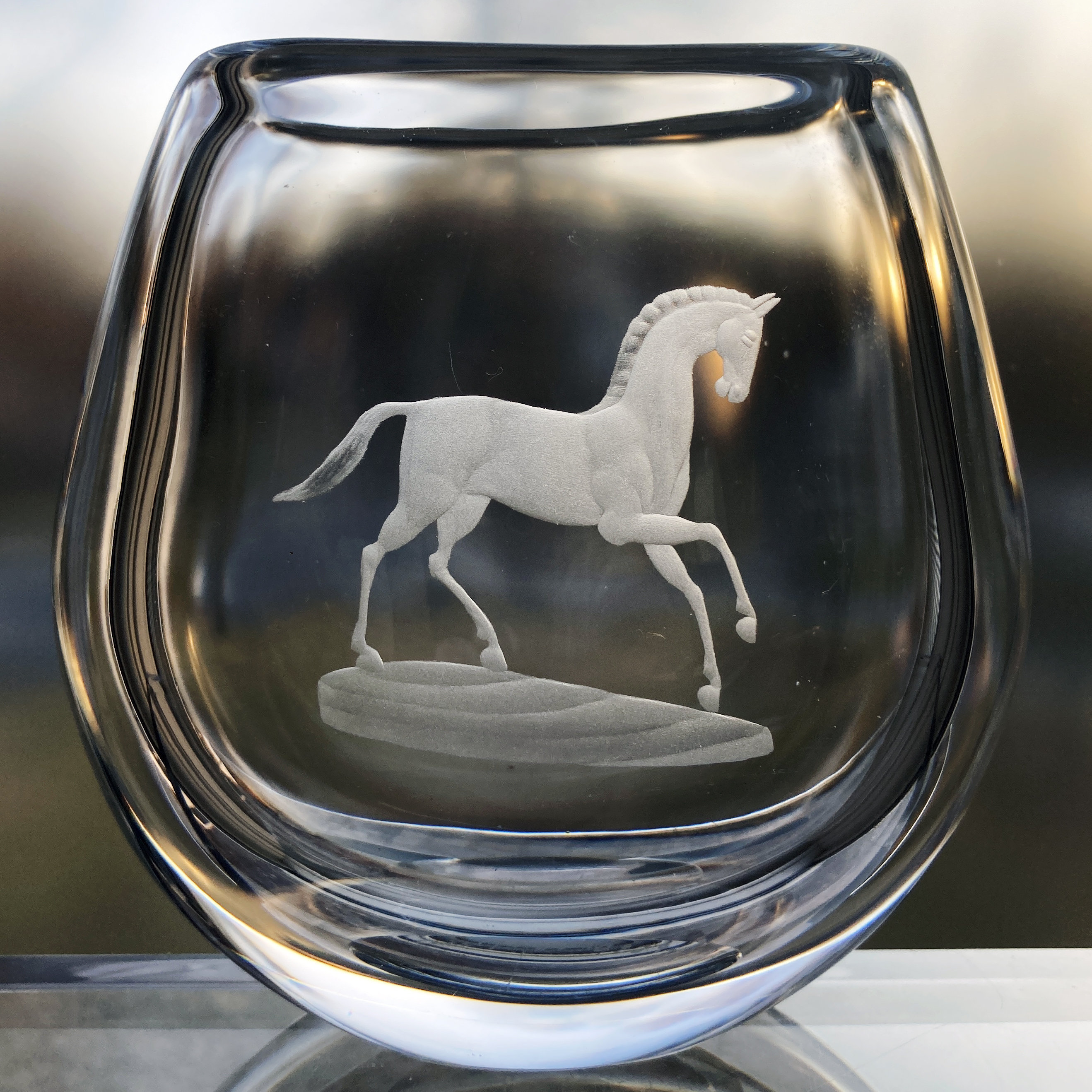 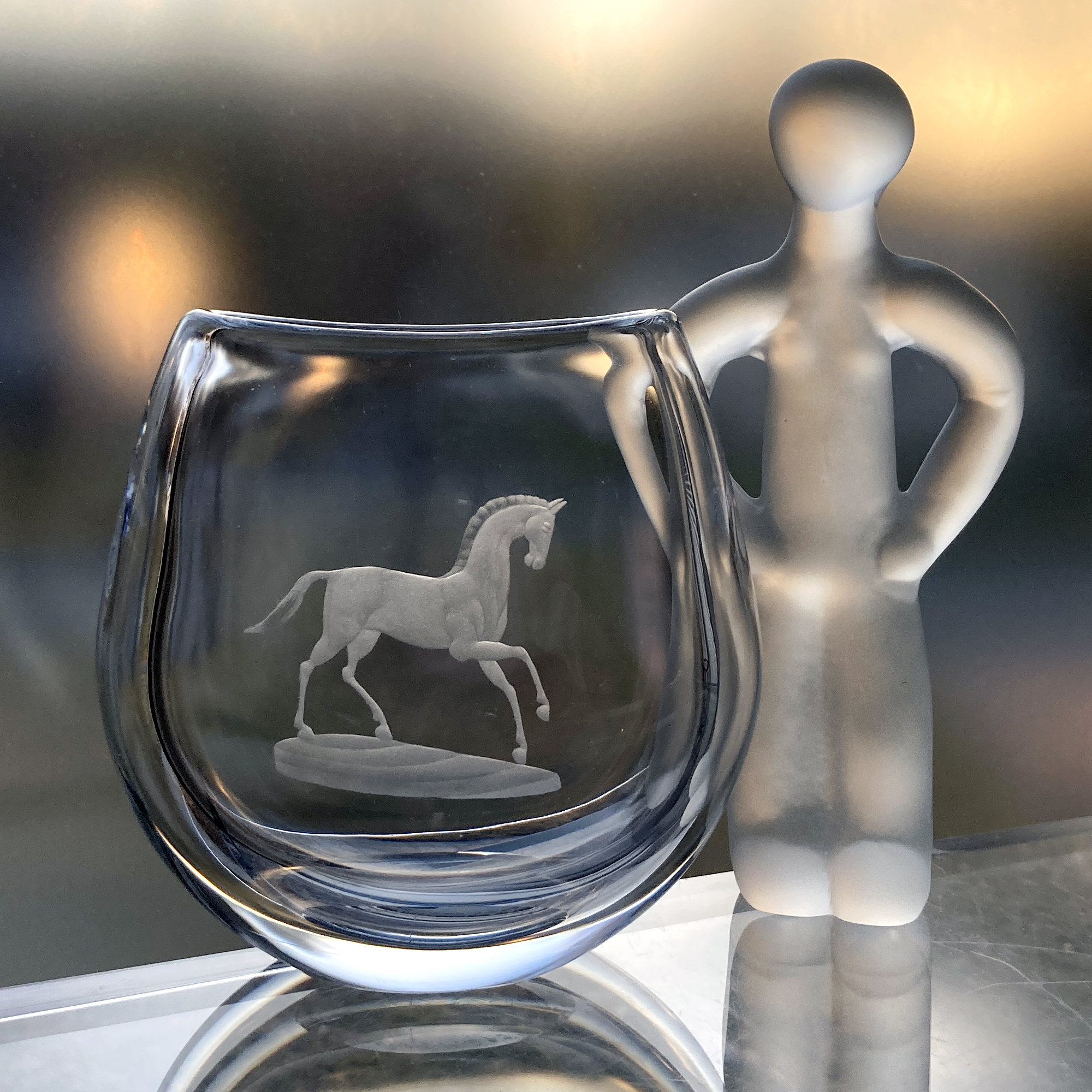 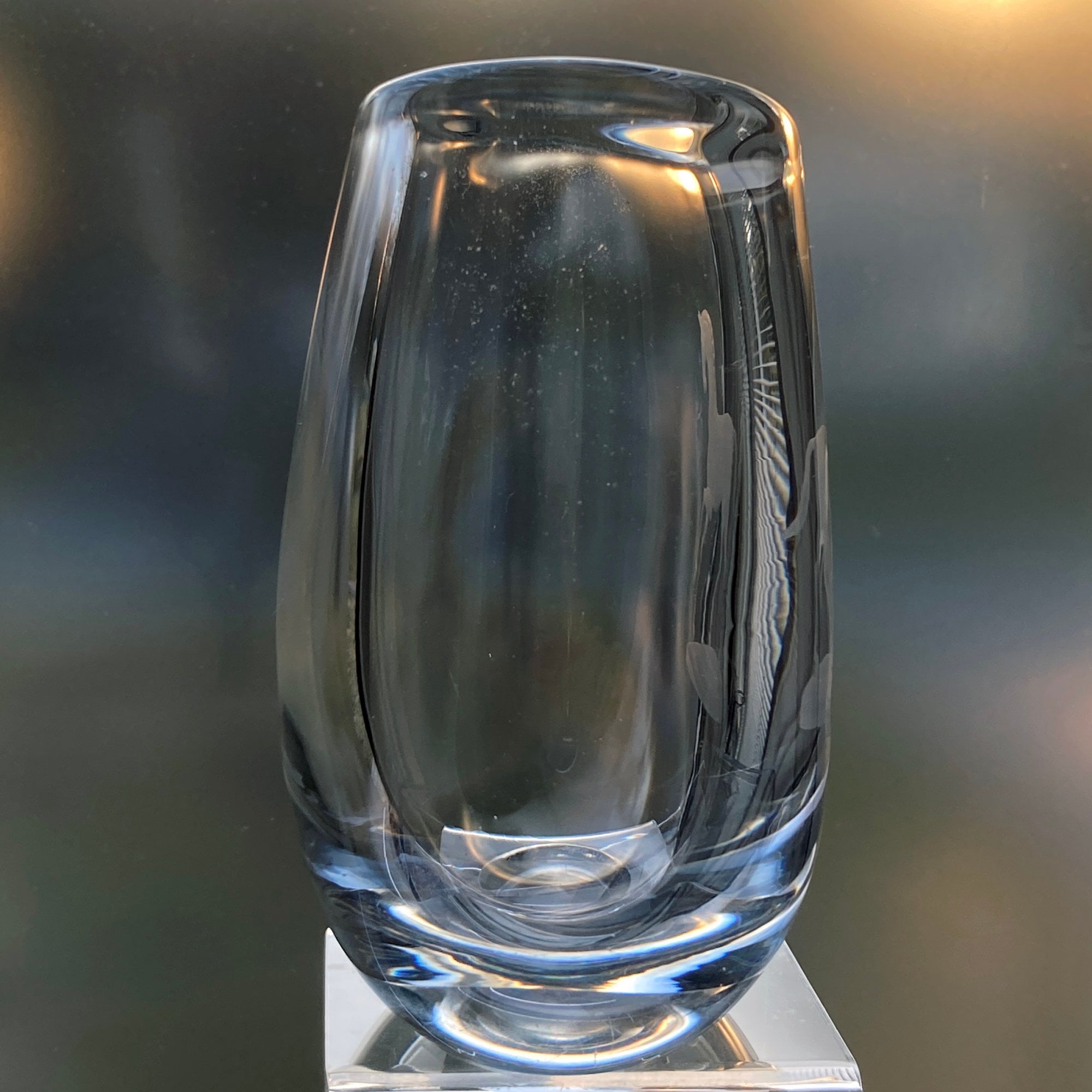 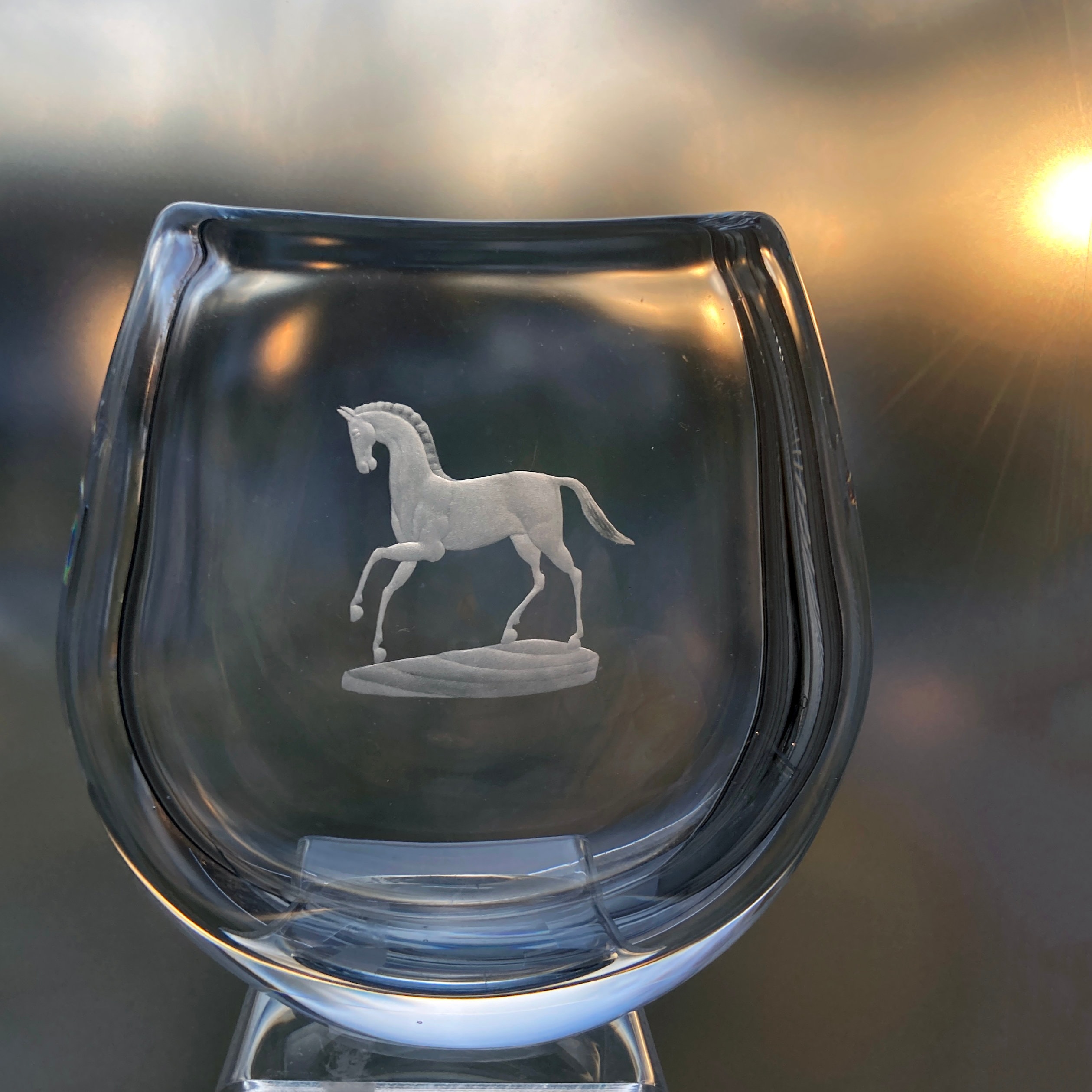 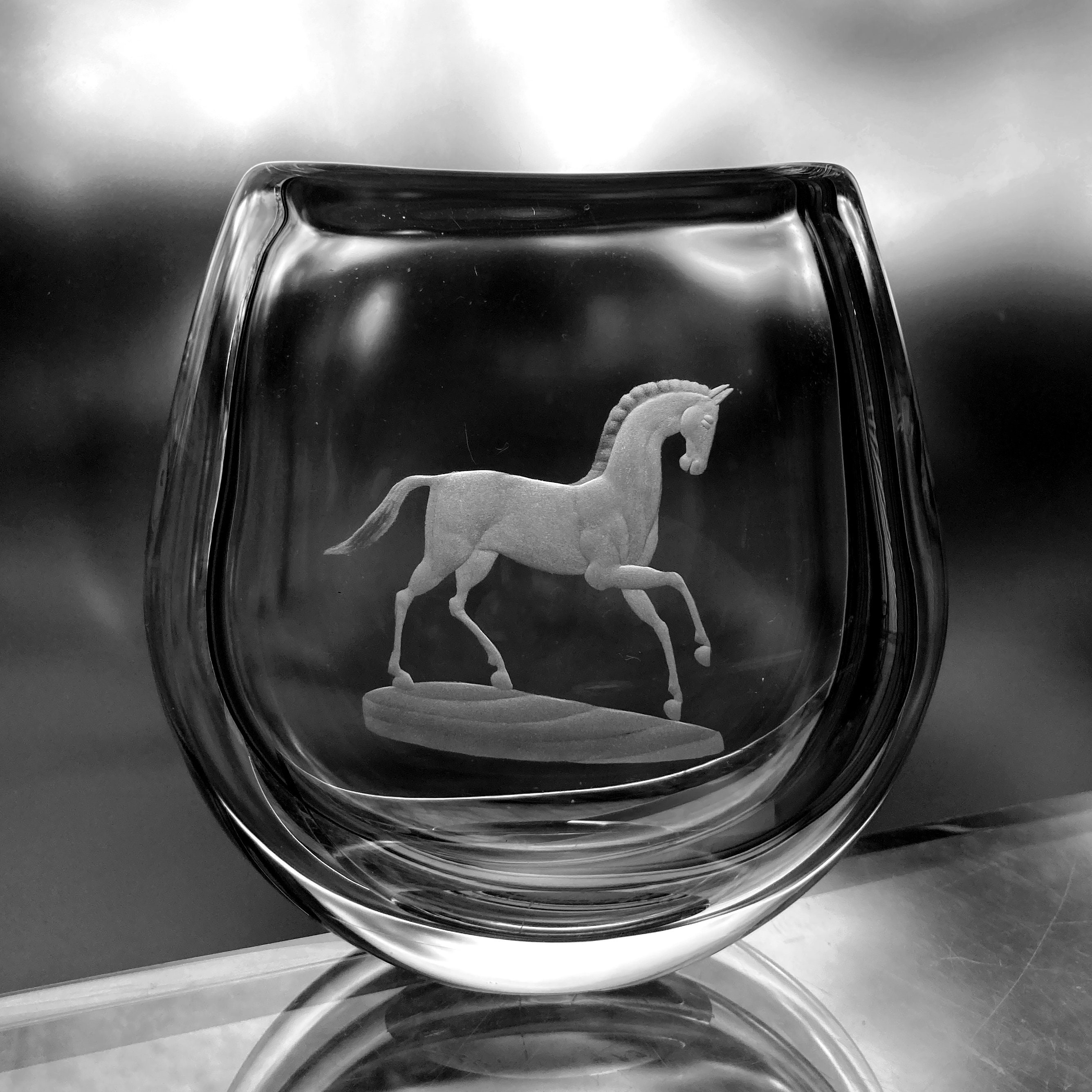 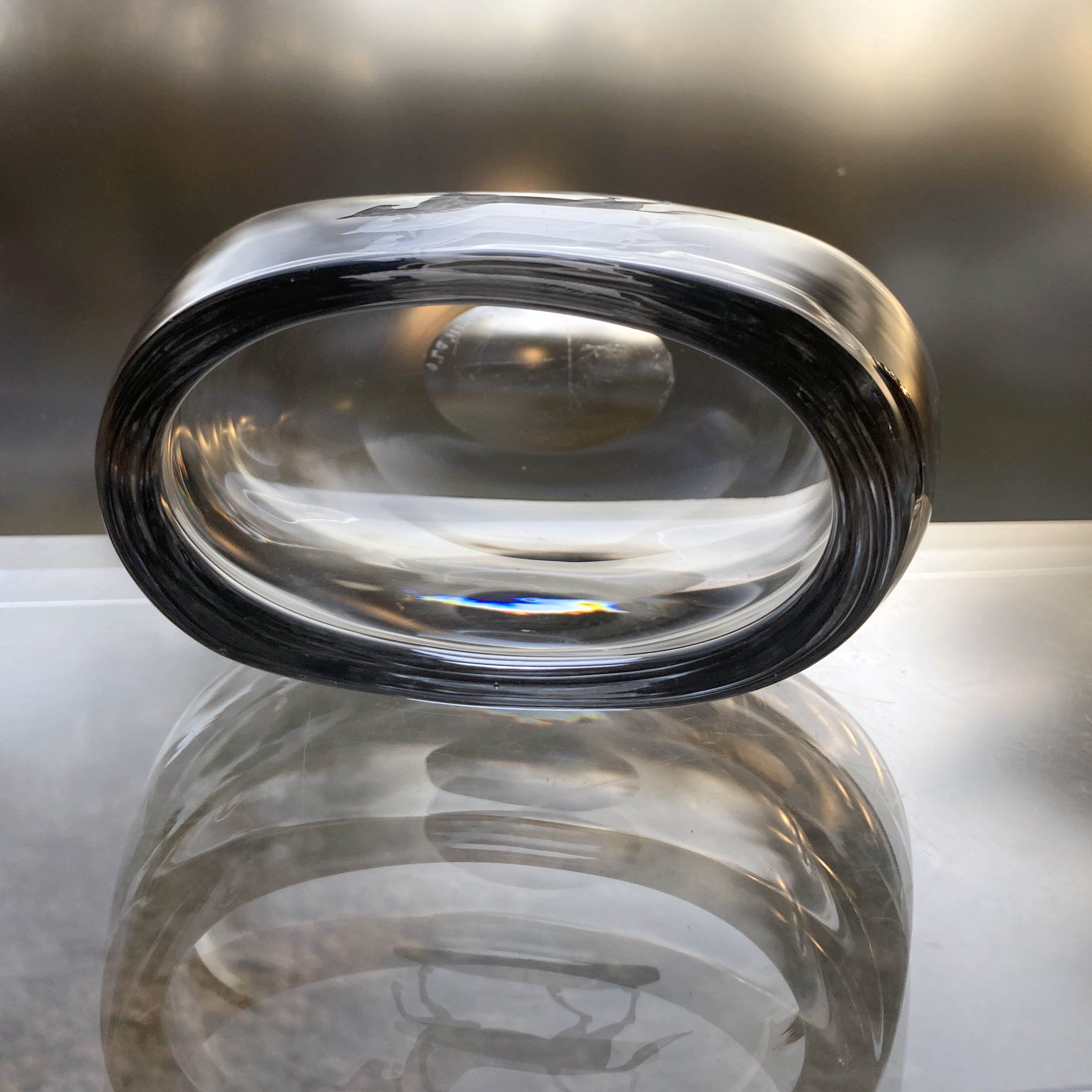 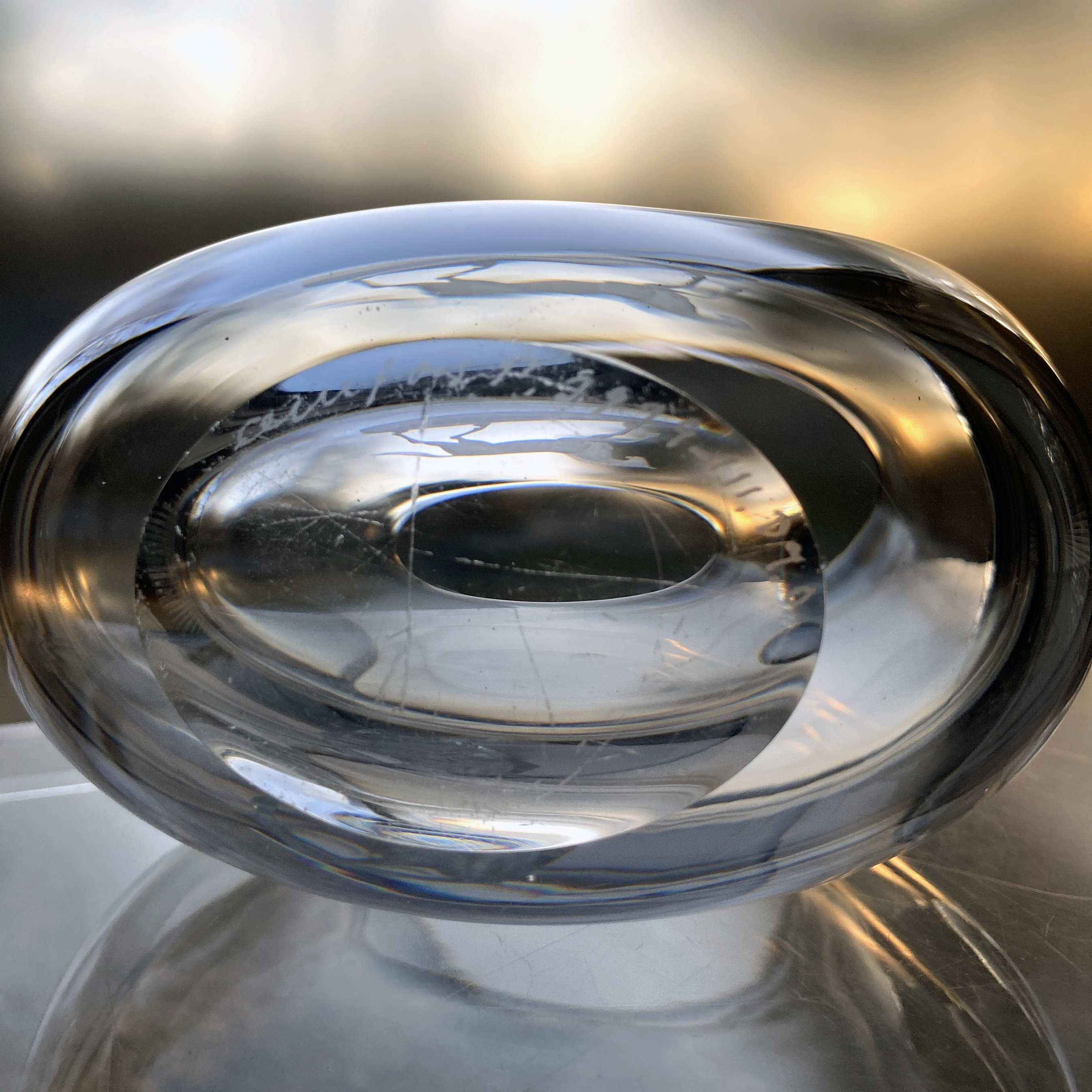 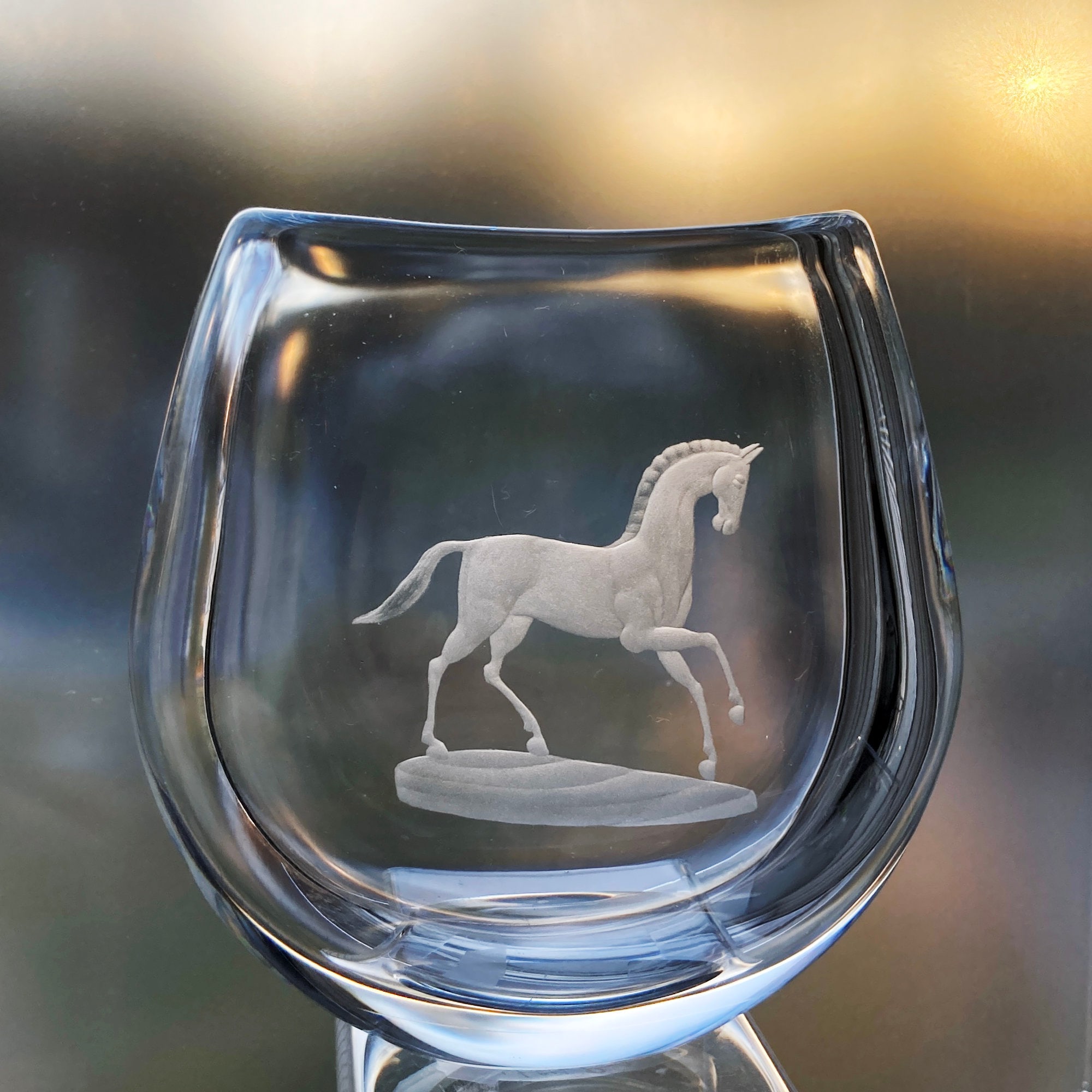 Sven Palmqvist designed this image of a horse high stepping, with a slight smile on its face. This is a nice size vase for display, 6" x 3" x 5", and solid, weighing 3.5 pounds. It is in nearly flawless condition - quite uncommon for a piece more than fifty years old. The style code 3939 tells me this piece was designed in the mid 1960s and the date code, D7, means this particular piece was made in 1968. The engraver's initial, O, belongs to Ove Bjerding, whose career at Orrefors (1928-1970) nearly mirrored Palmqvist's.