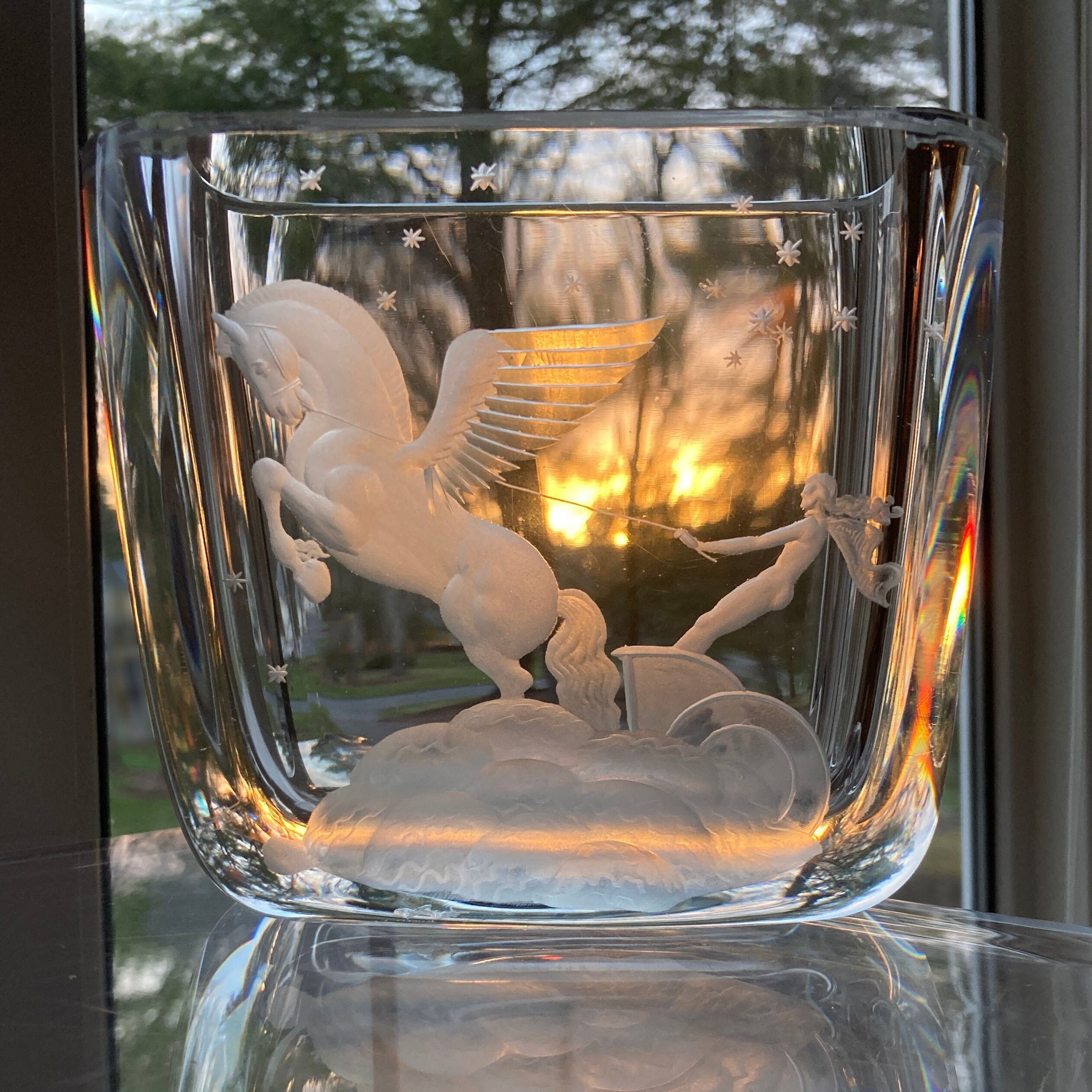 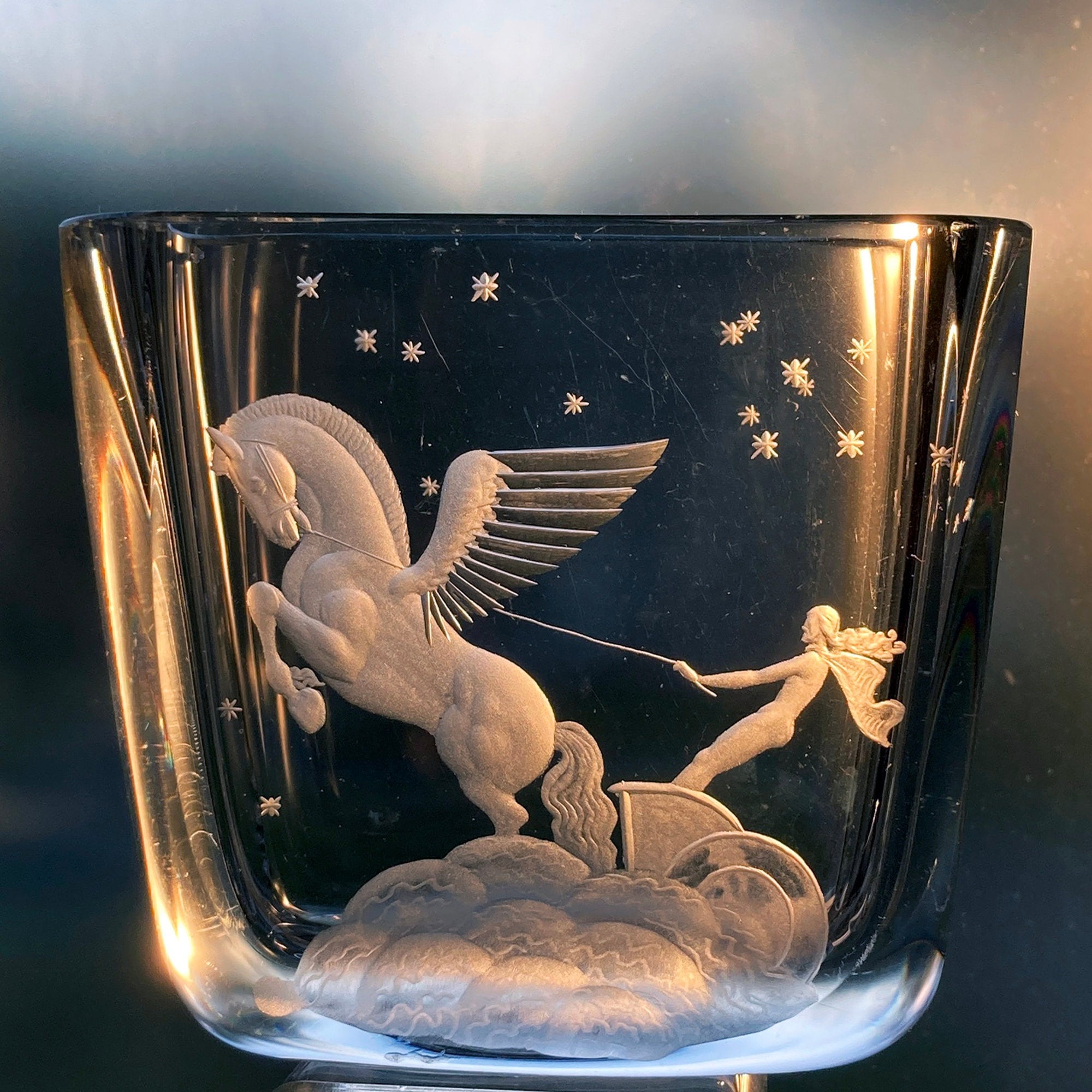 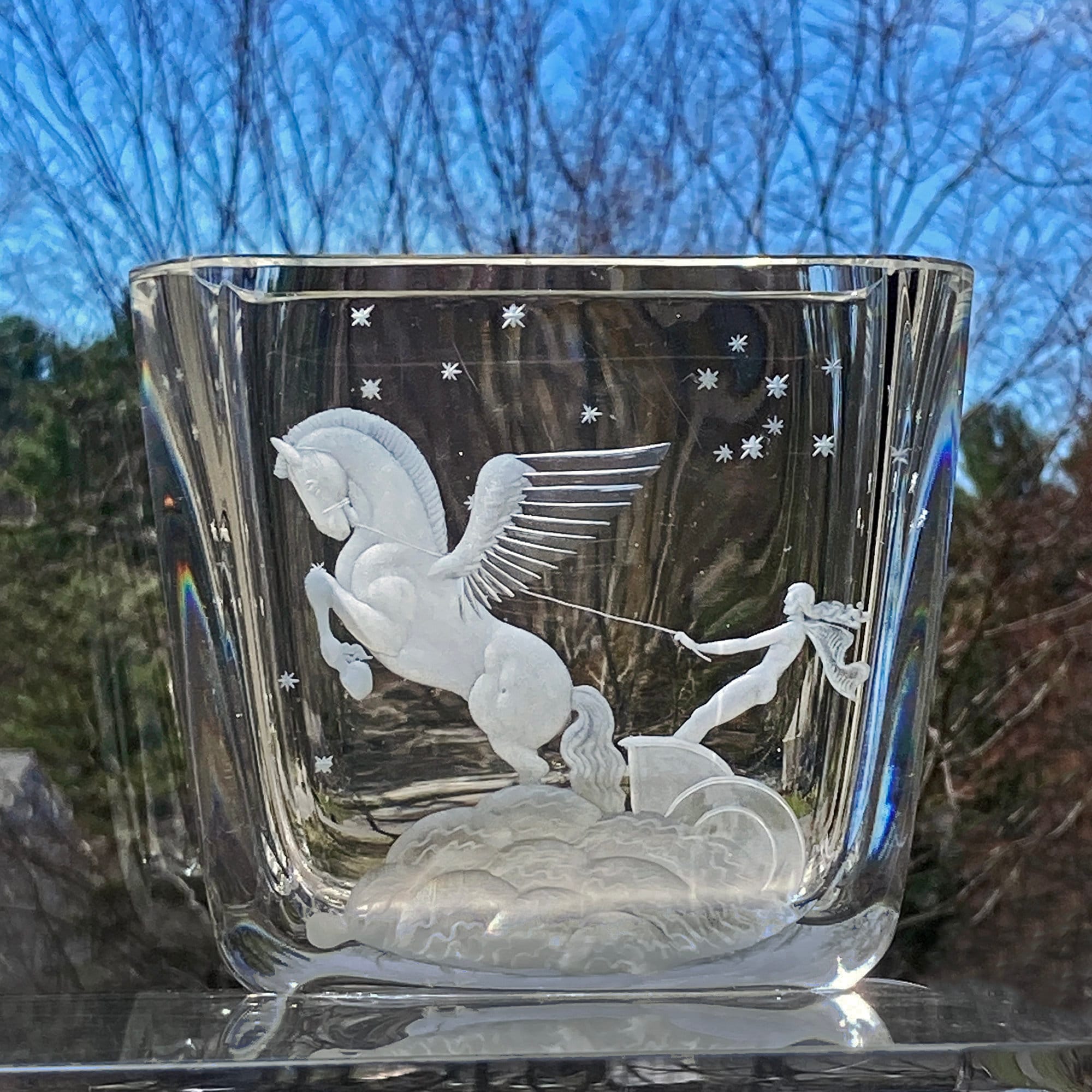 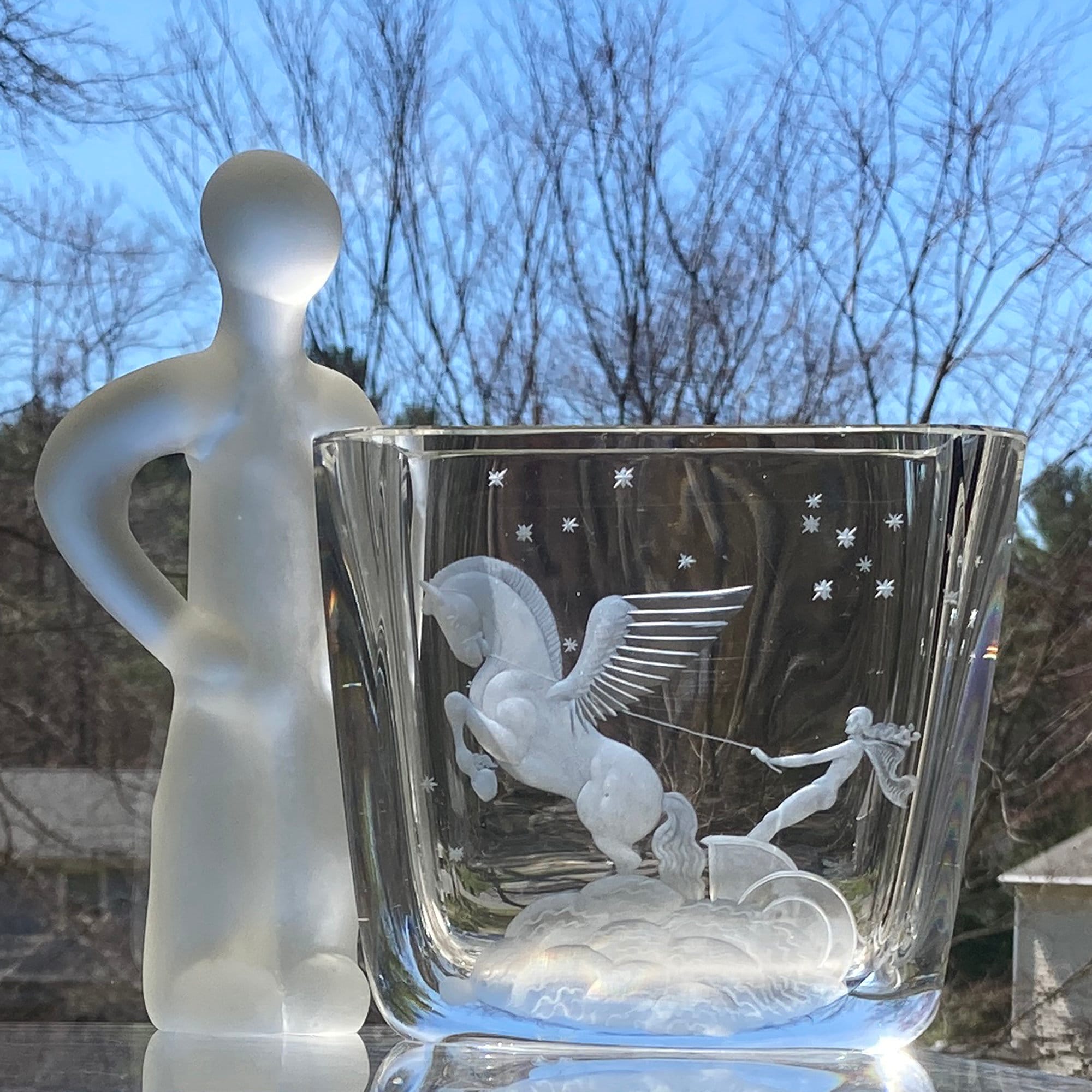 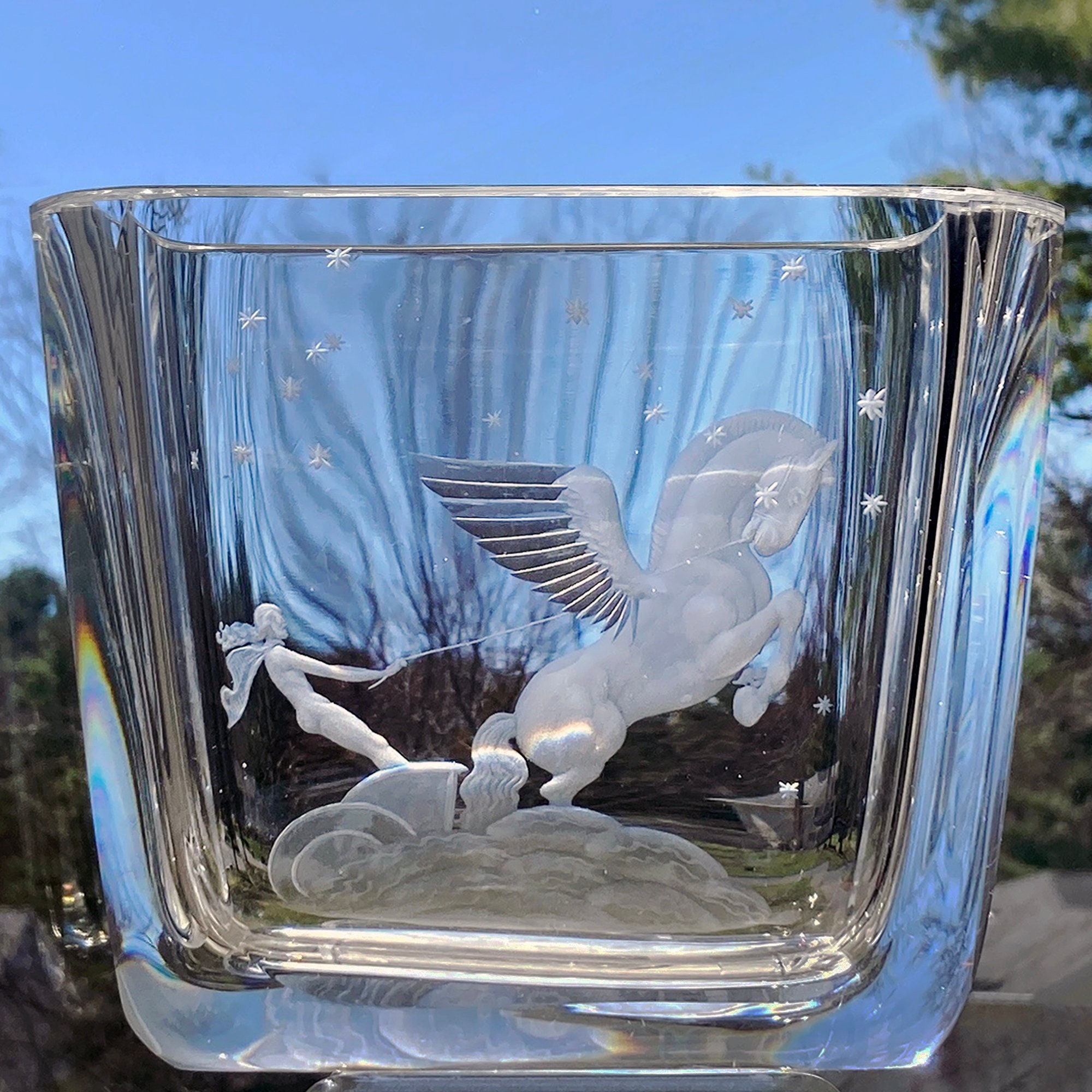 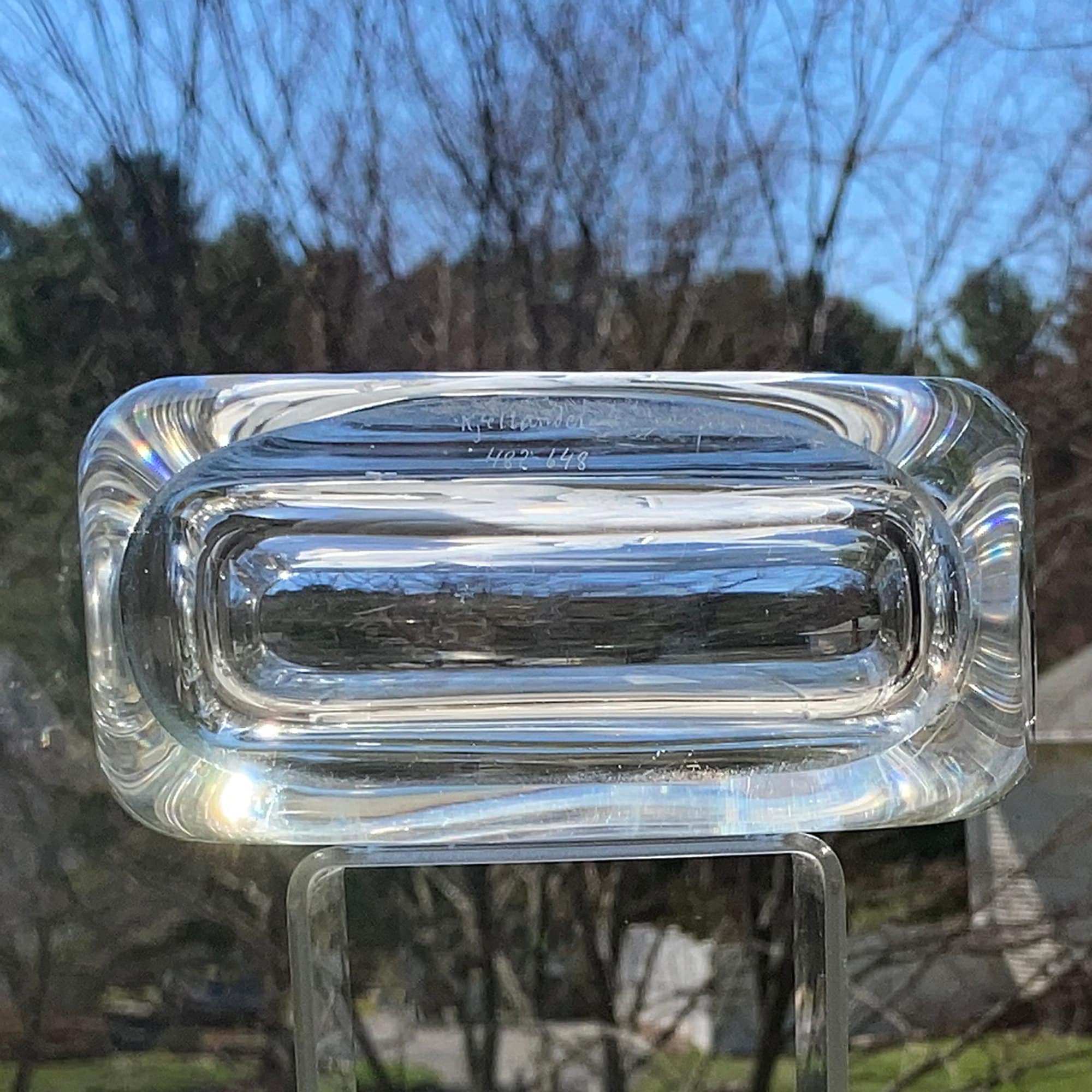 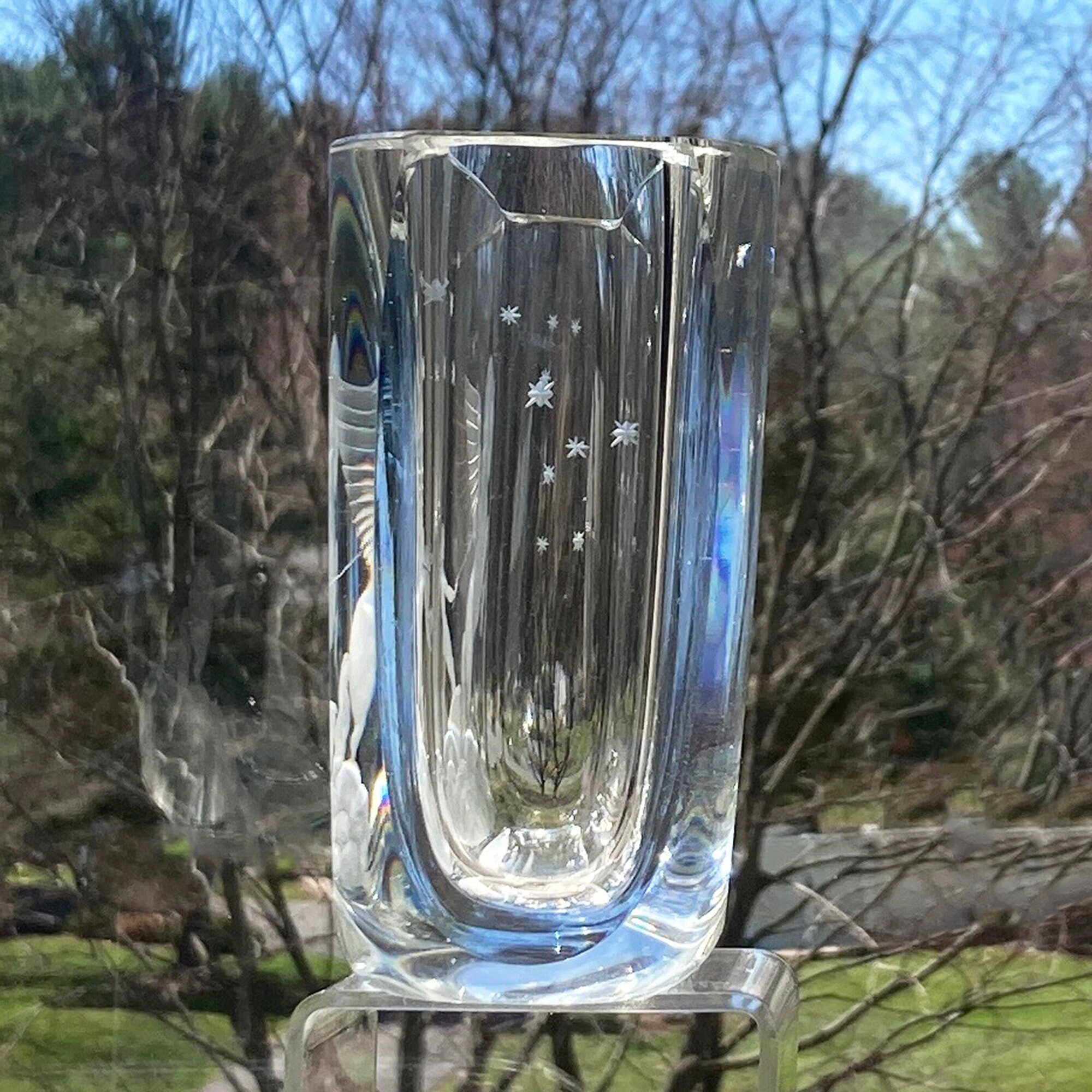 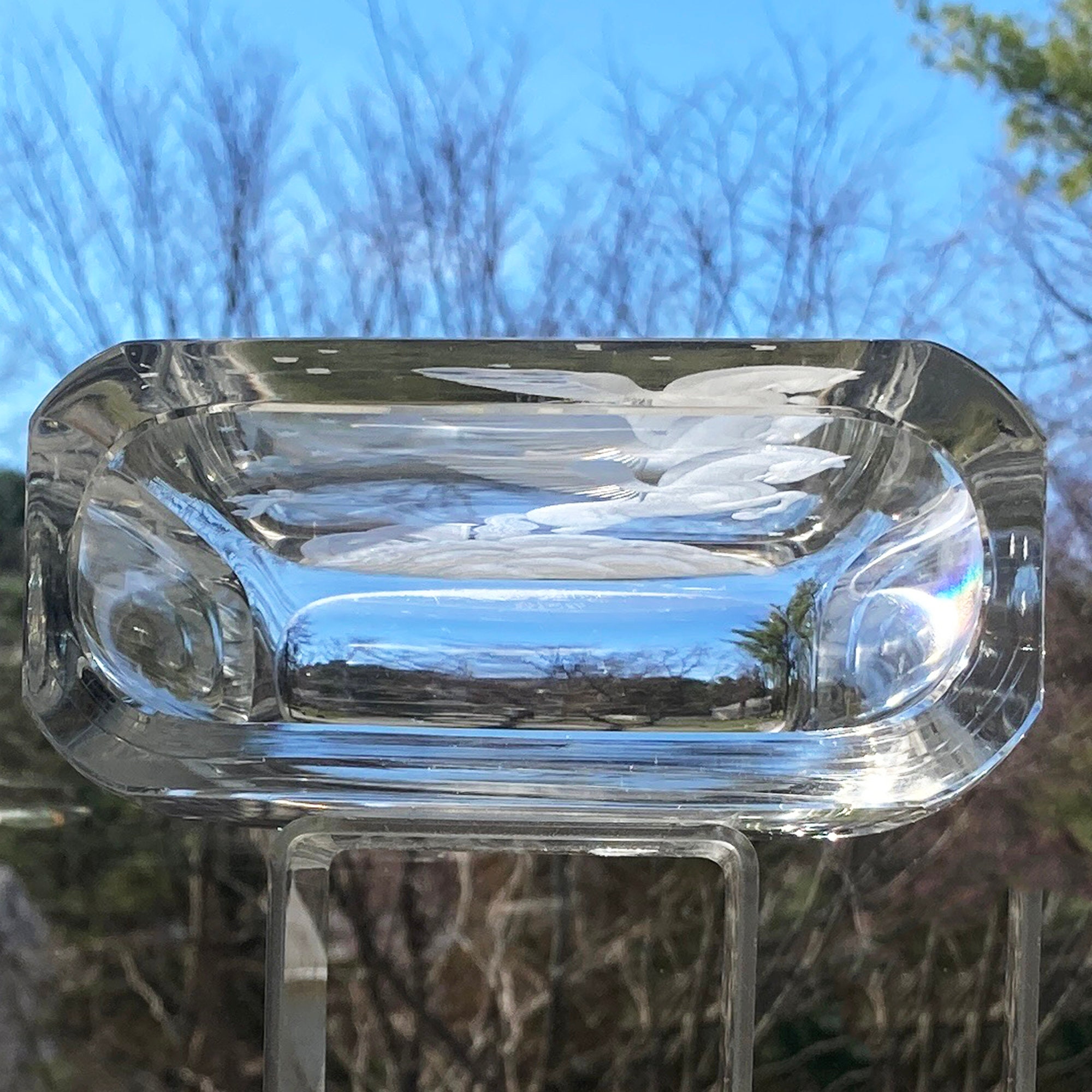 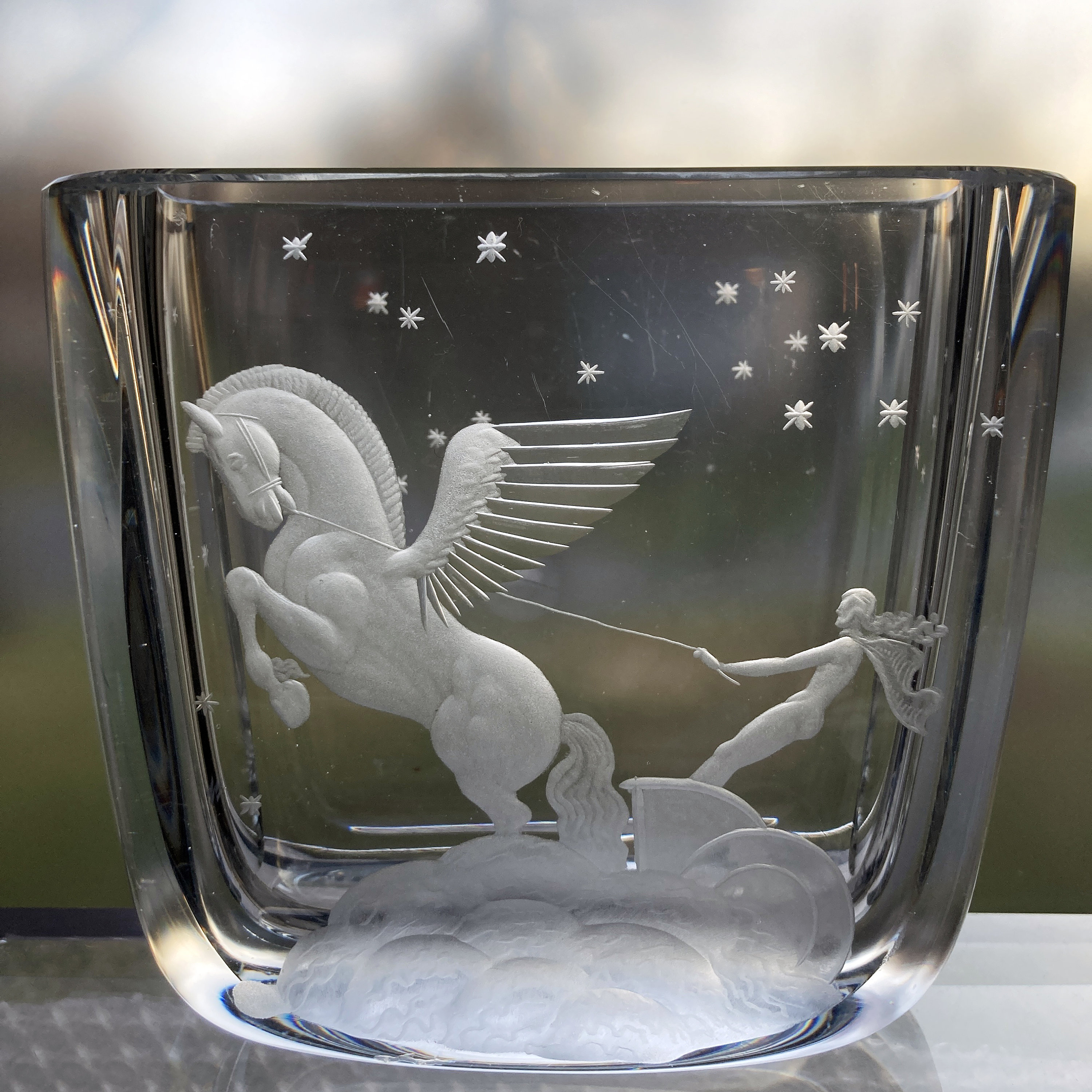 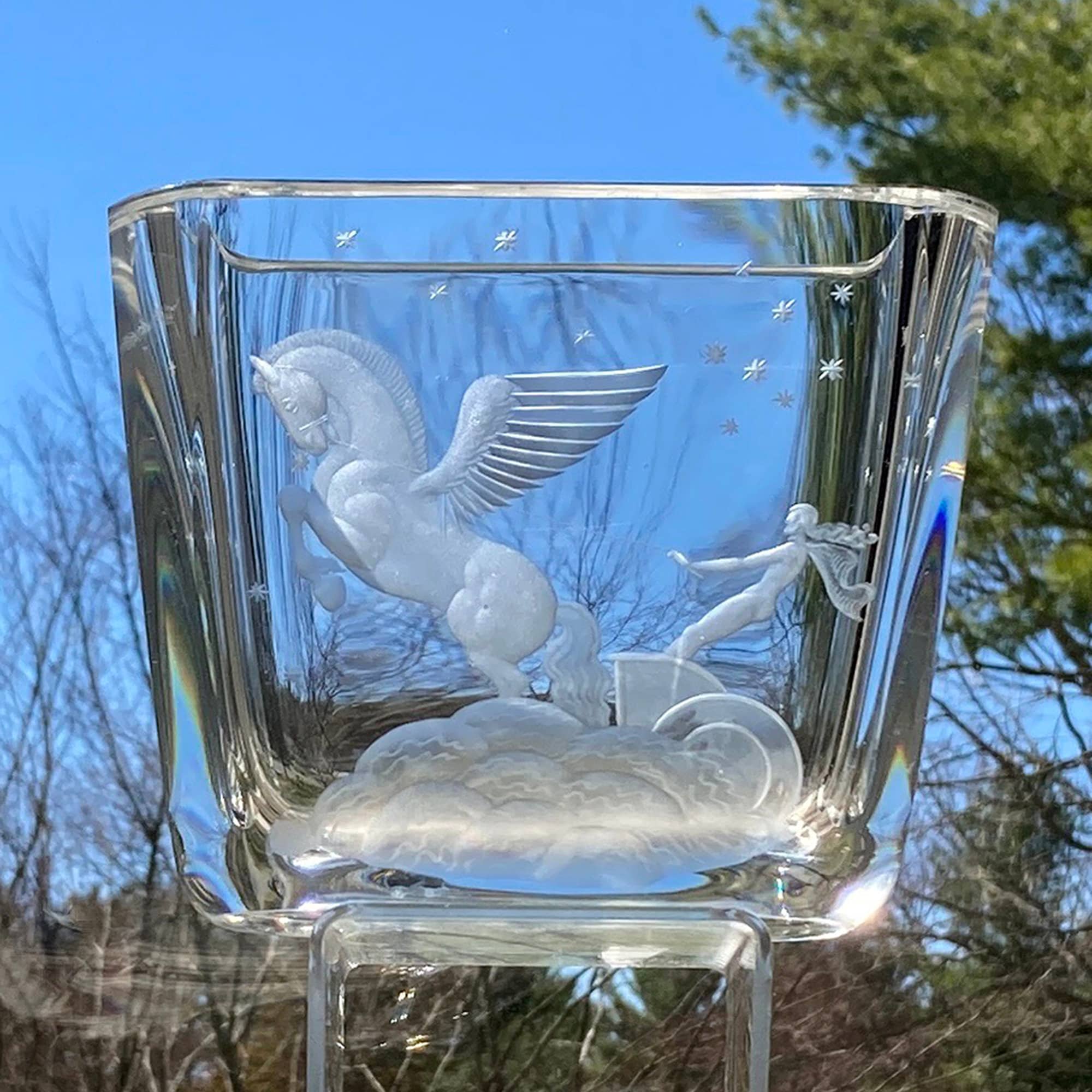 This stunning example of engraved vintage crystal comes from the master glass carvers in the Kjellander family of Sweden. Four generations trained and worked at Kosta, from 1825 to 1924: Lars 1799, Erik 1830-1916, Lars Johan, 1868-1931, and his two sons, Åke, 1903-1989, and Nils, 1907-1991. In 1924, Lars Johan and his sons opened their own workshop in Vetlanda, Kjellandrarnas Verkstad. The brothers, Åke and Nils, continued their work there until 1983. This beautiful vase, engraved with uncompromising skill, depicts an Art Deco stylized mythological scene, an aesthetic that the Swedes found enchanting and one that never loses its cool factor.

The vase is a perfect size for display, 2.75" x 6" x 5", and it weighs four pounds. It would make a stunning decor piece on a sunny windowsill, in a sparkly china cabinet, on a desk, or set among the pretty things on a dresser or shelf. It has some fine scratches on the inside of the front face of the piece, which are not unusual for a piece of this age. The original owner bought it in Sweden.