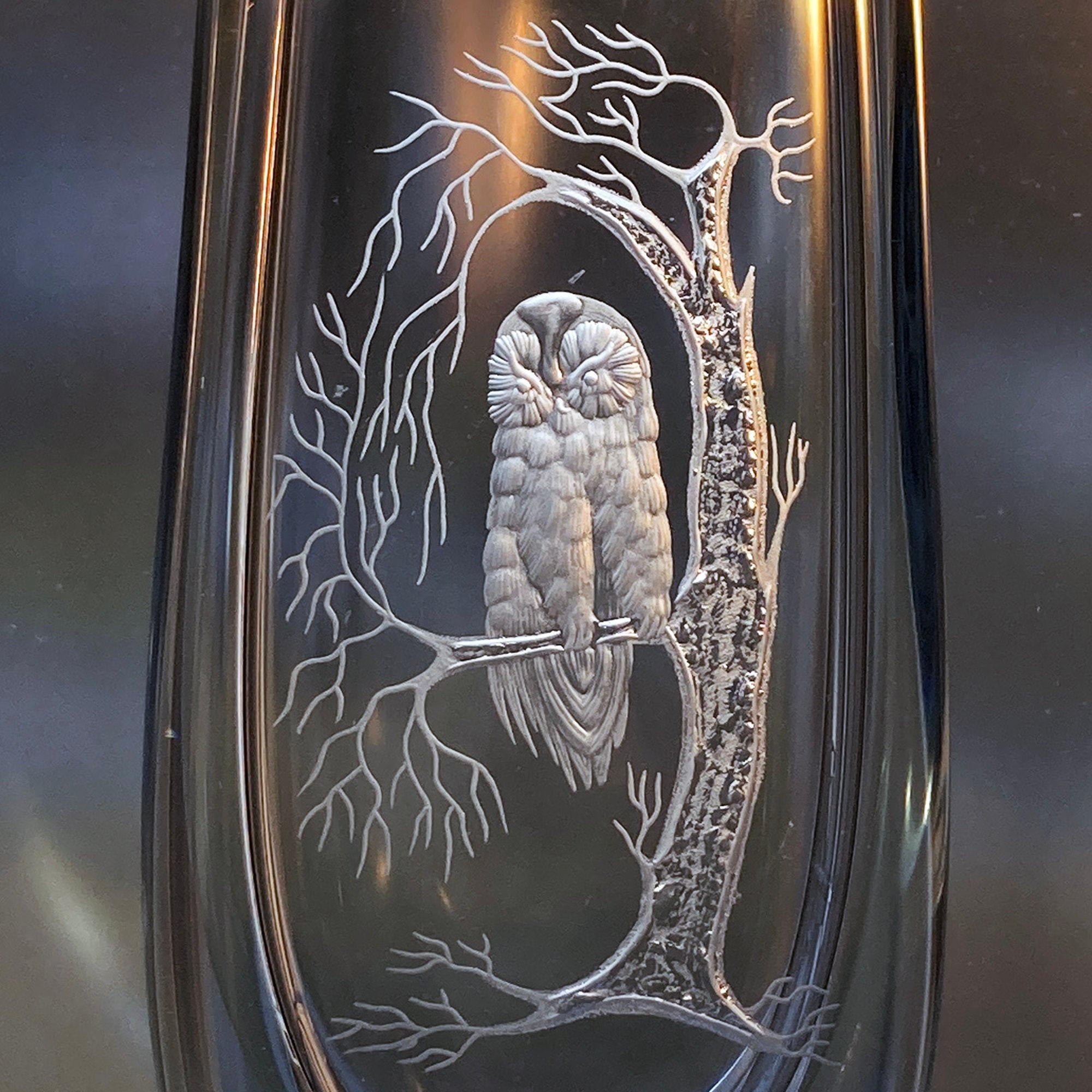 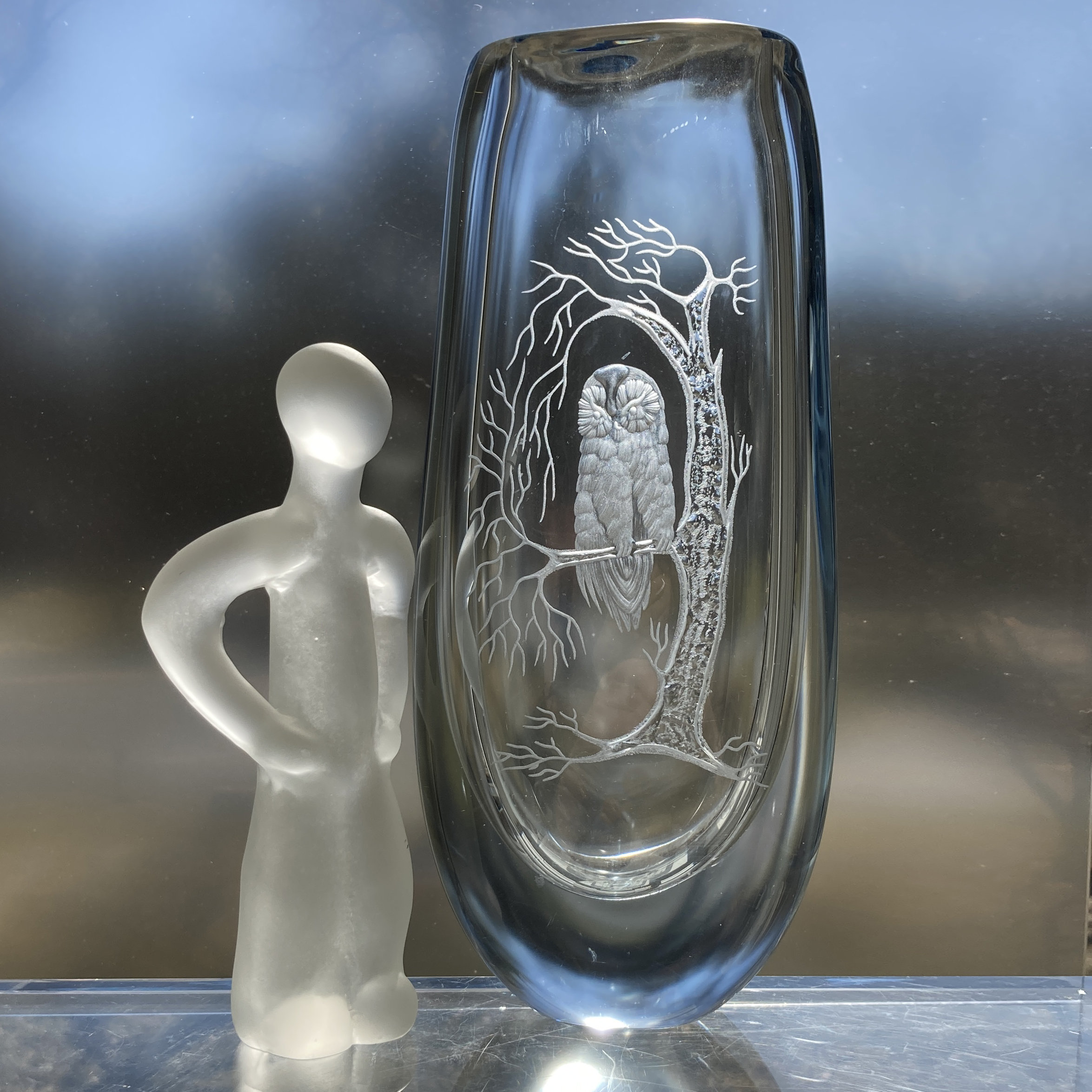 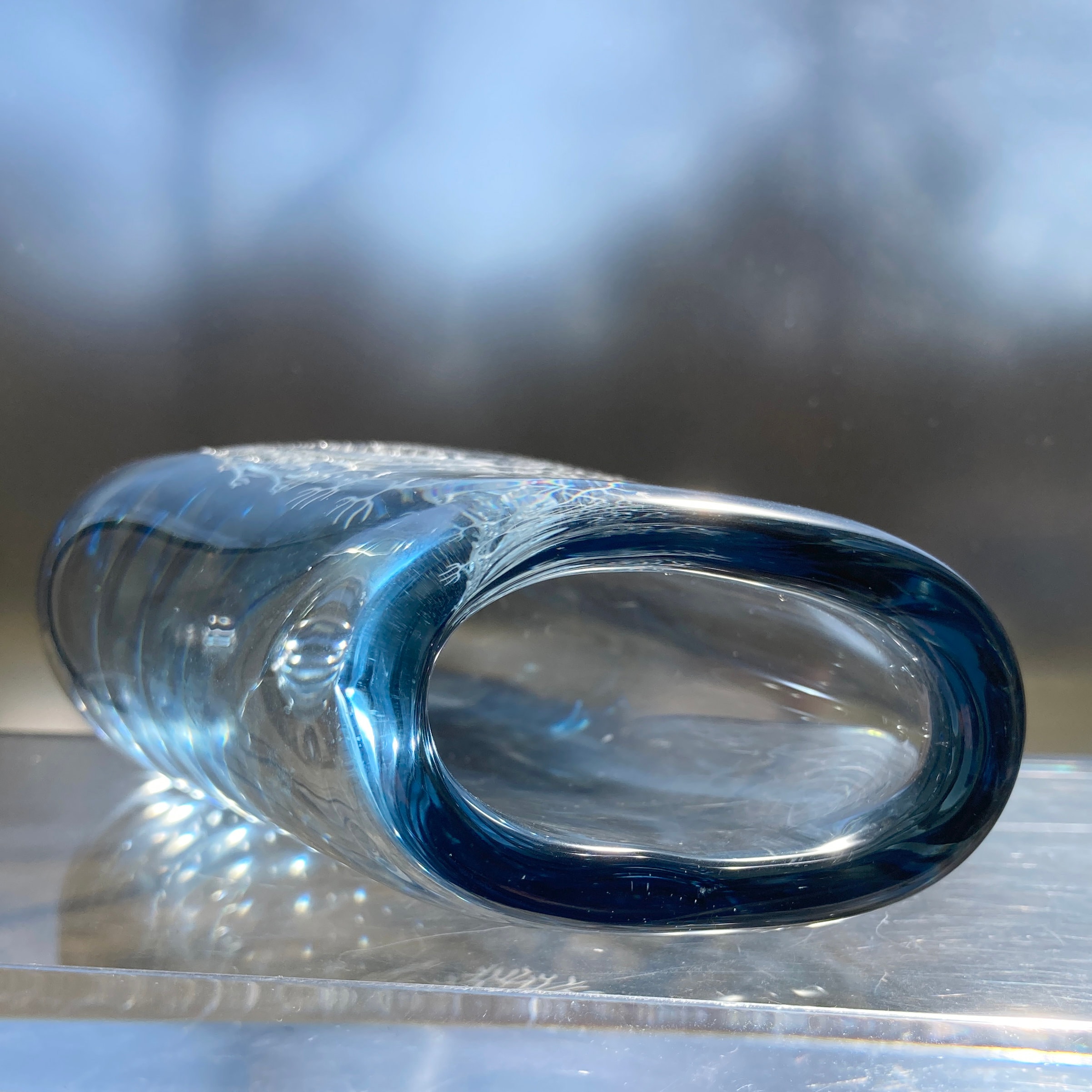 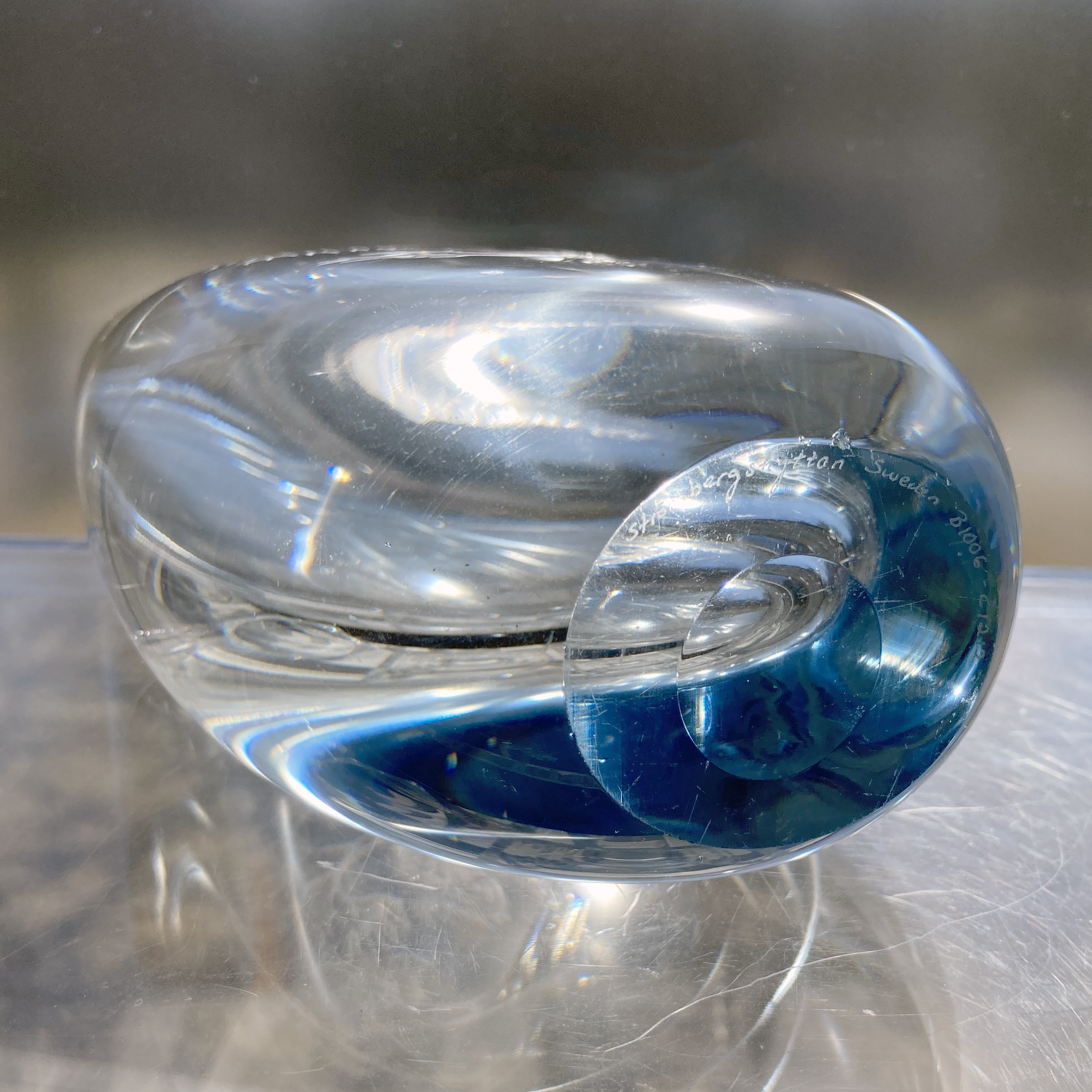 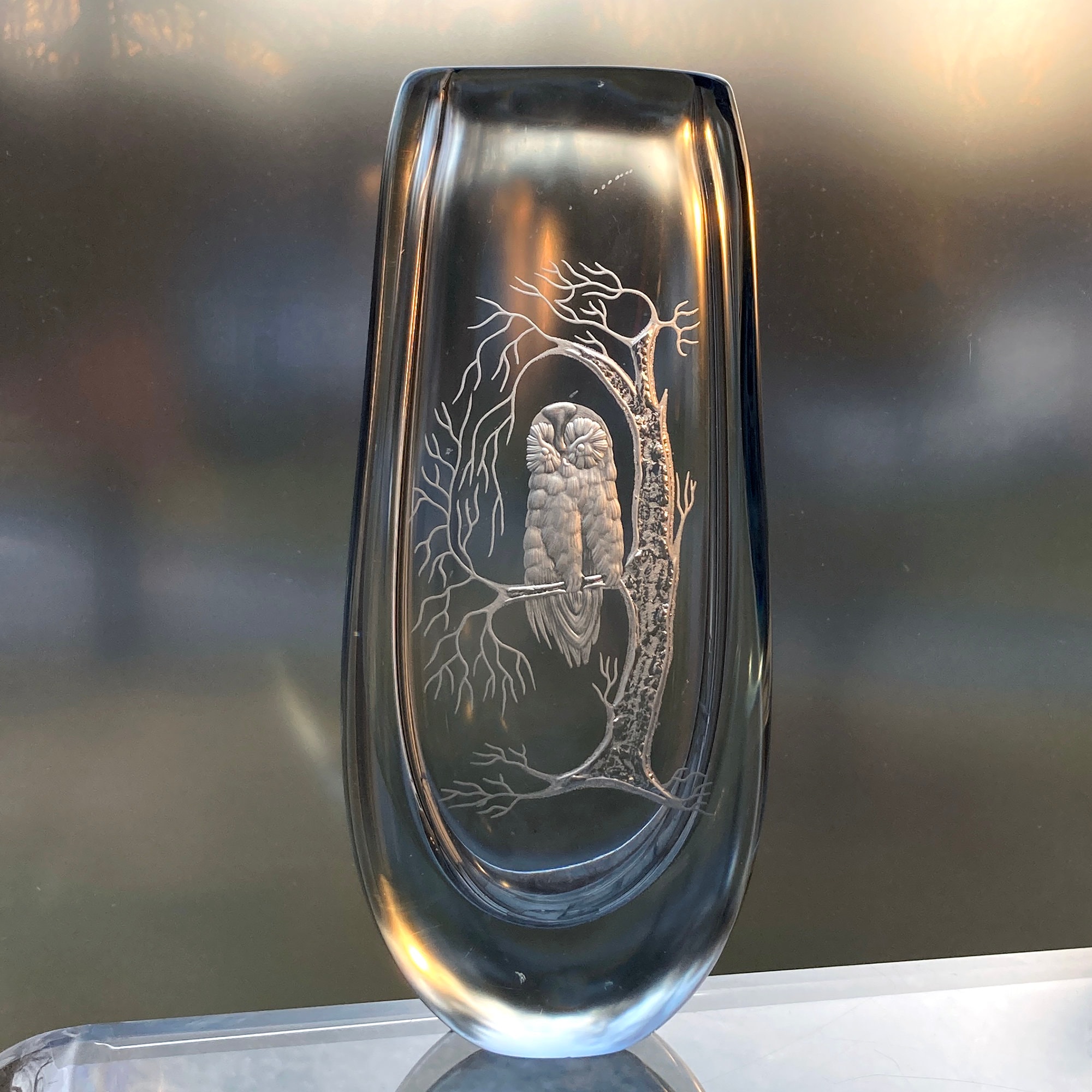 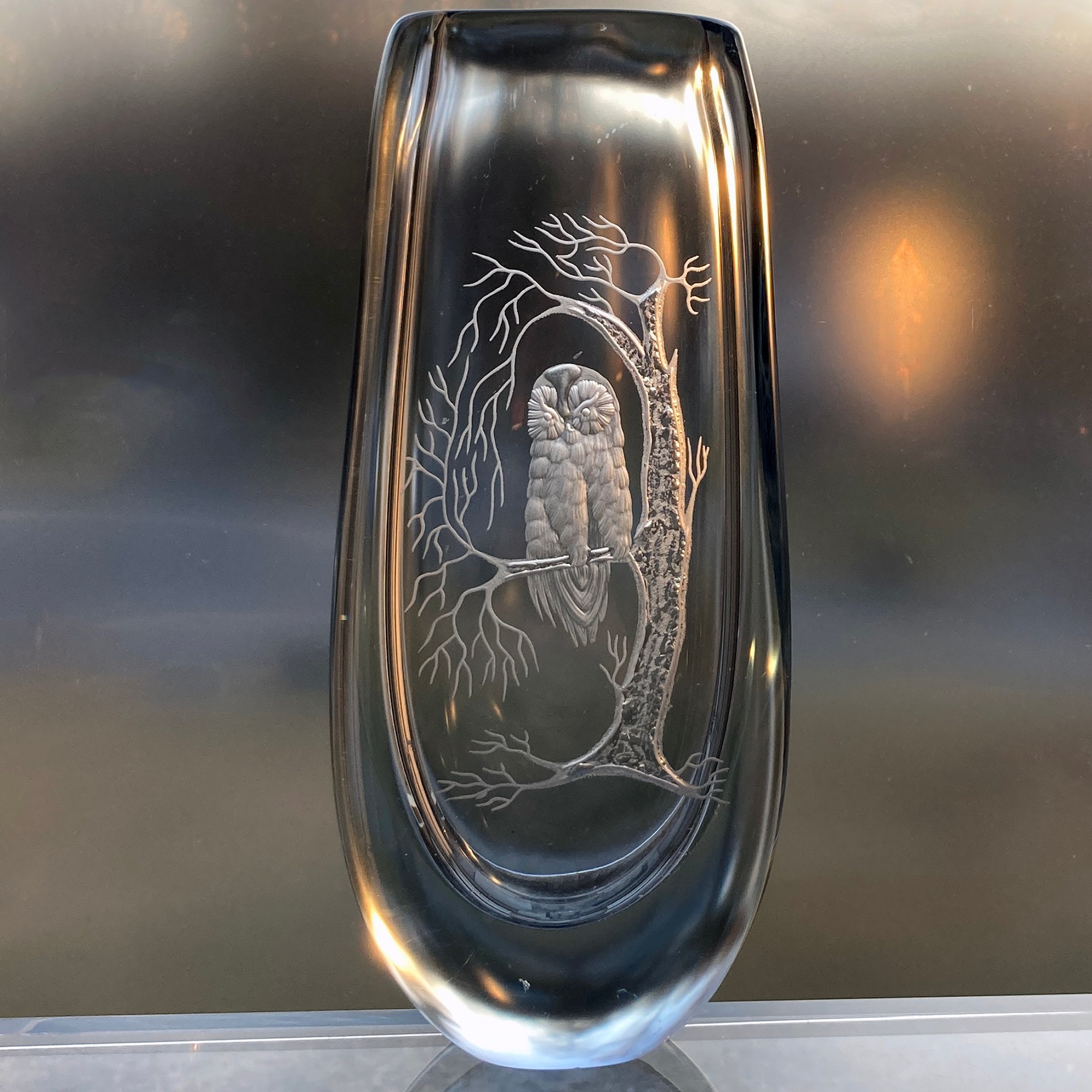 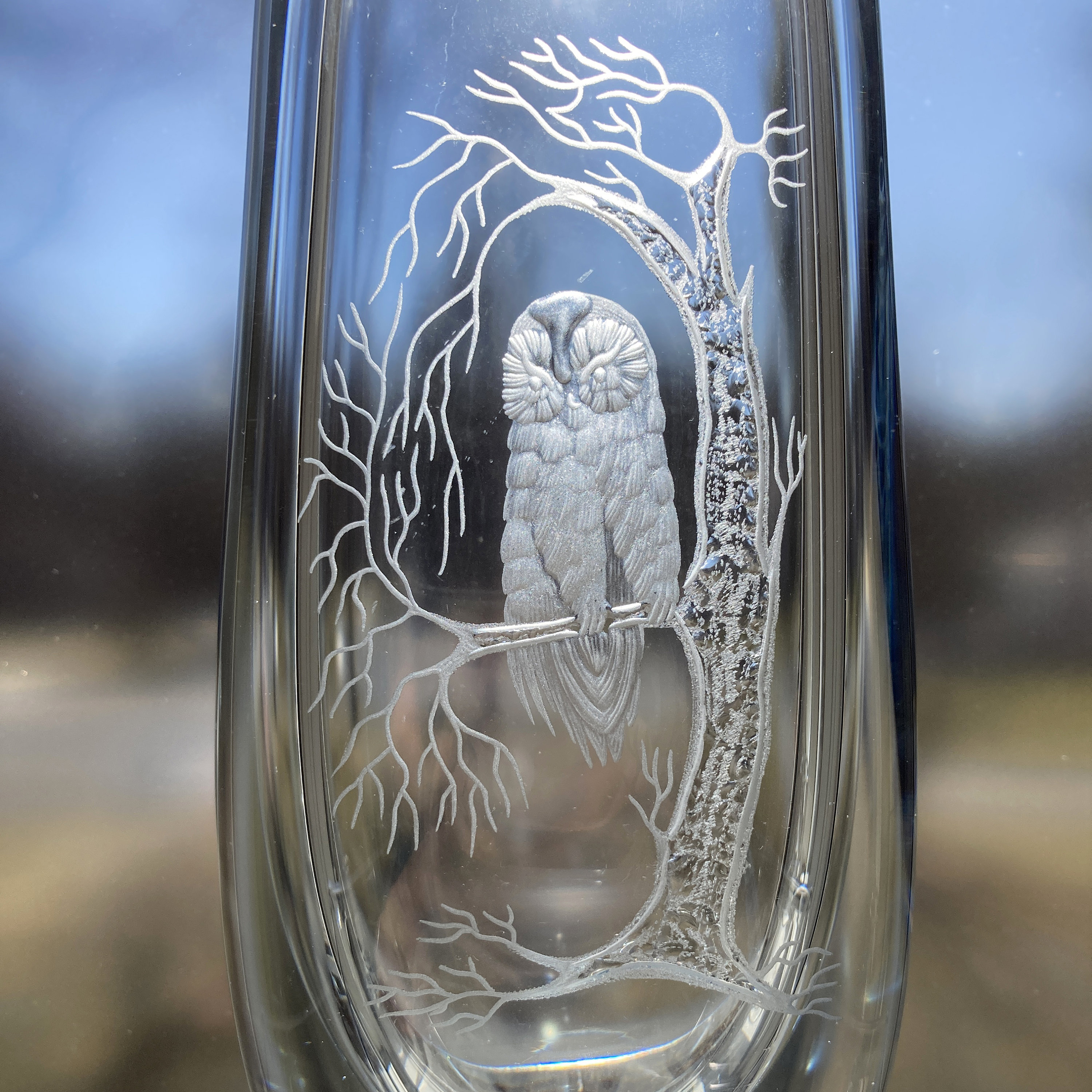 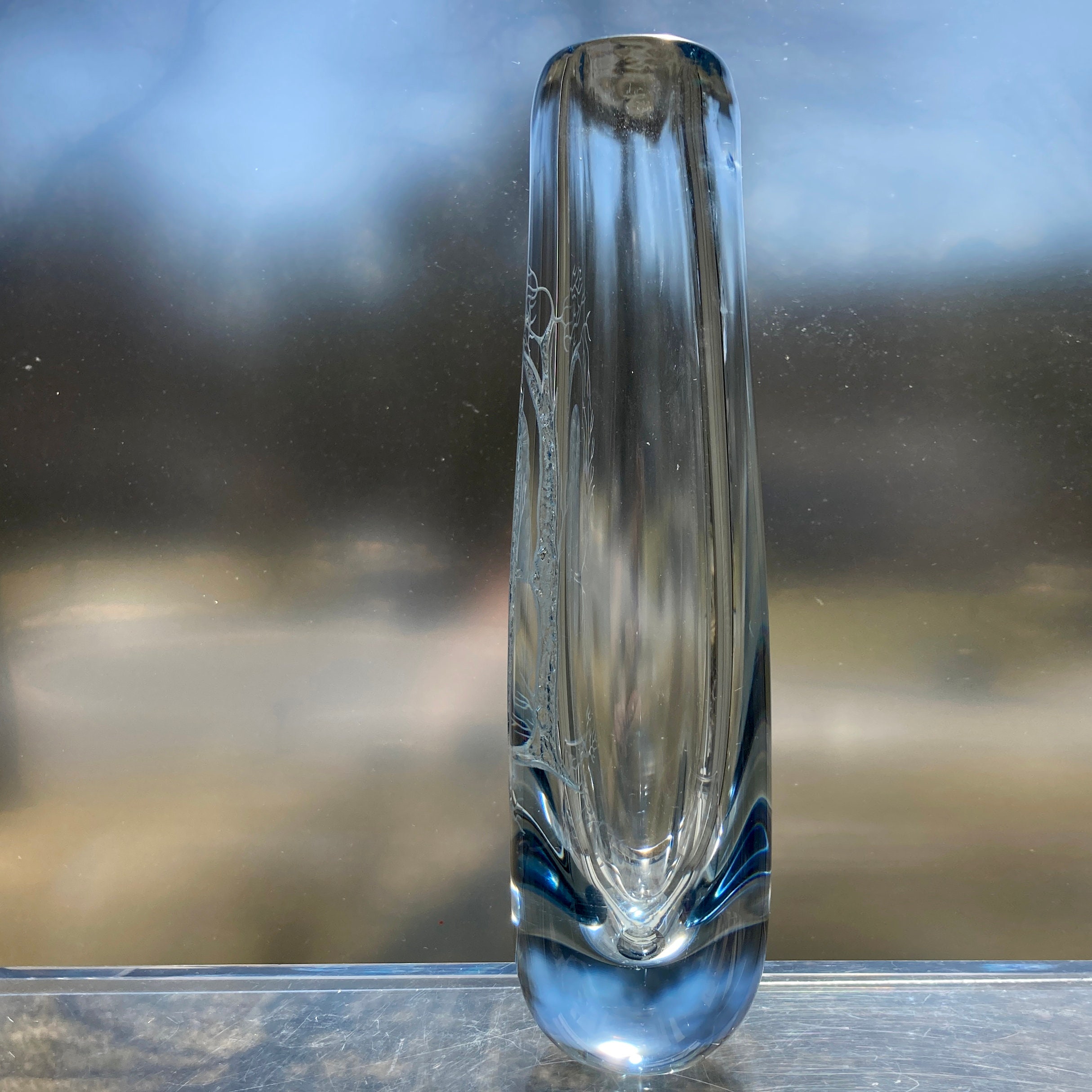 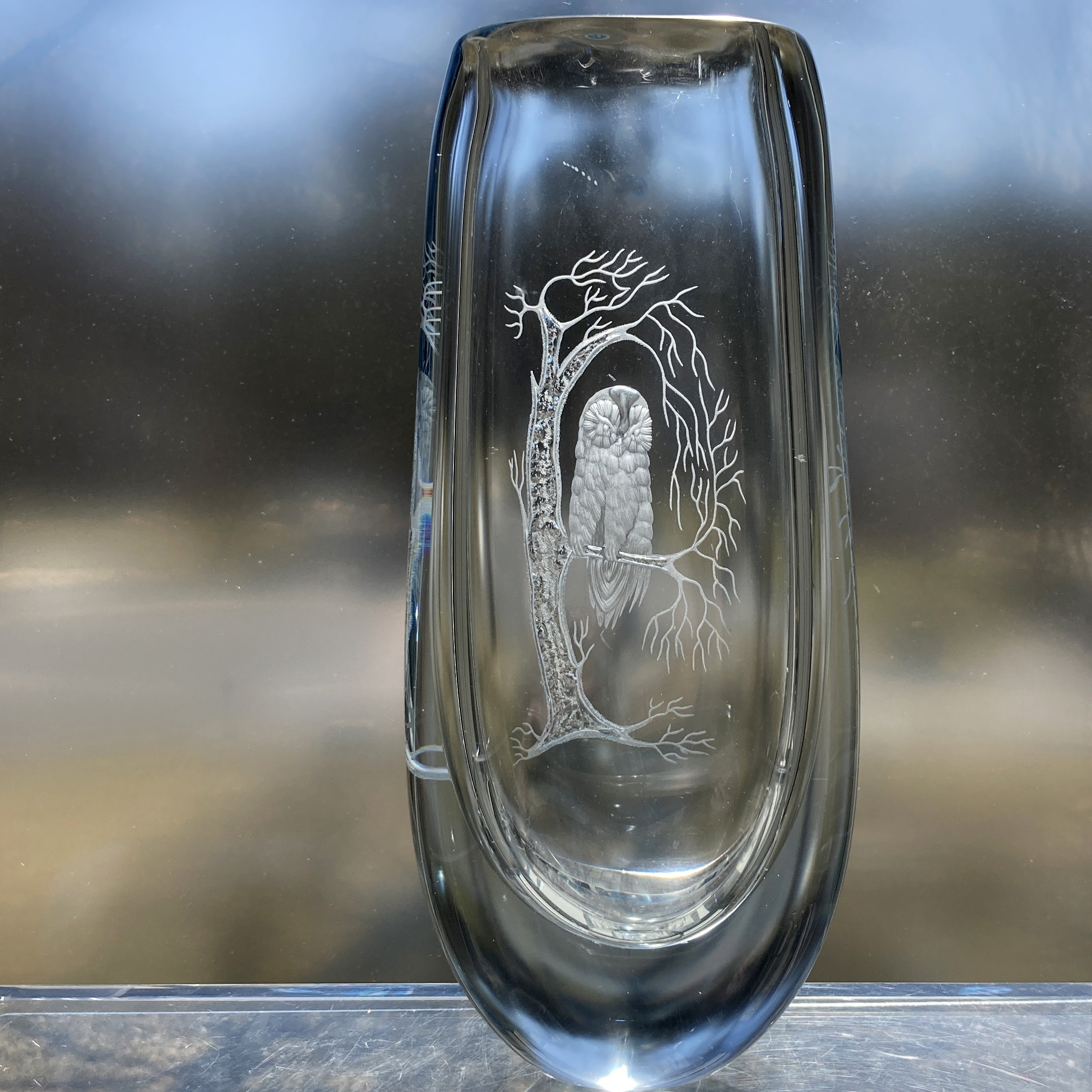 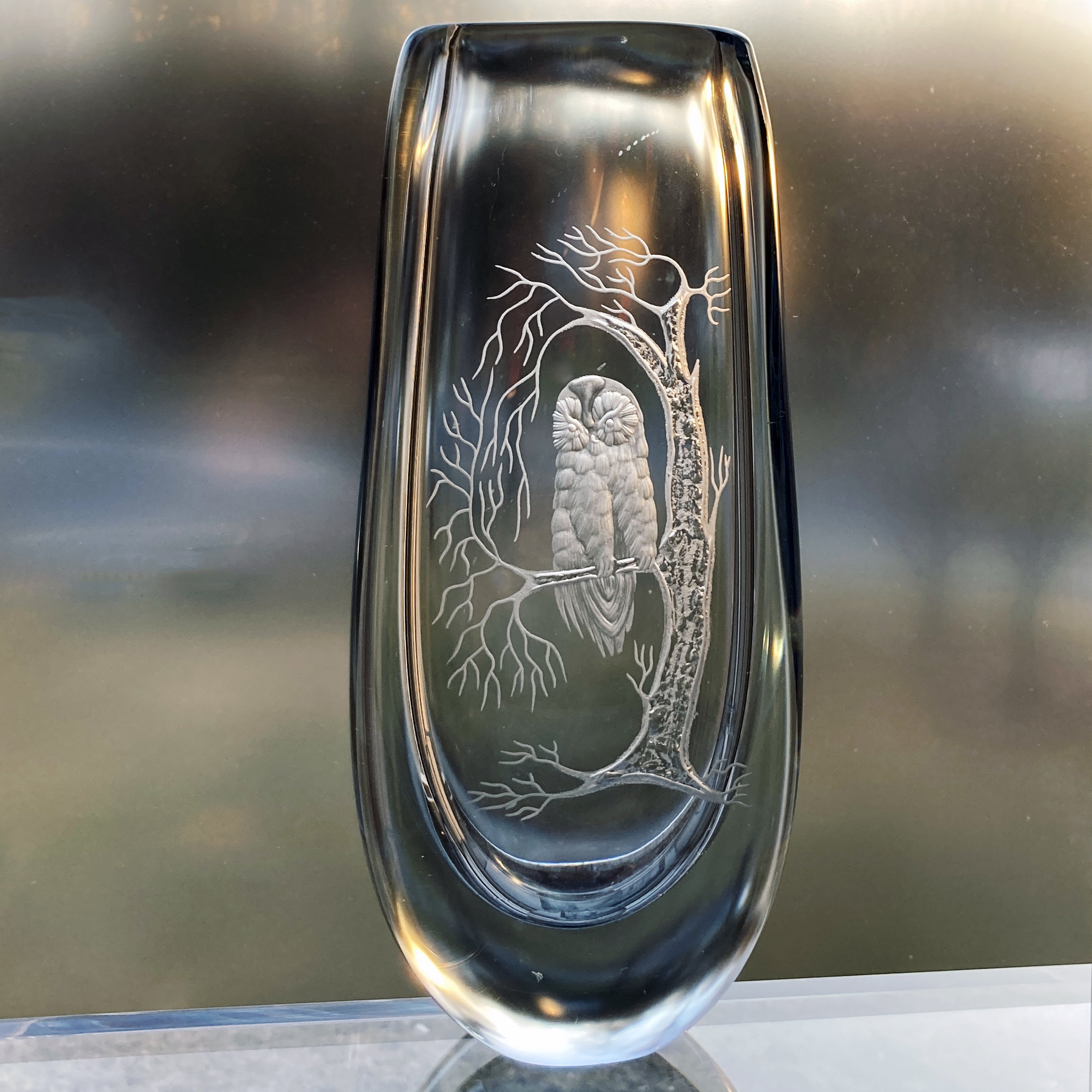 This very tall, vintage vase is made from ice-blue, sparkling clear, Swedish crystal. The engraving depicts a tree with rough-cut bark and a majestic owl in it. It is 11.5" high and 5" by 3.5" at its middle, and it weighs a whopping 7 pounds. It is perfect for display in a sunny spot. It is in very good used condition, clear and sparkling, with a just few scratches to show its age. The artist engraved the scene using the engraving pen, and chipped away at the glass in the trunk to create the uneven texture that plays very well in the light. It is signed and numbered, Strömbergshyttan B1006 C1212 Sweden.