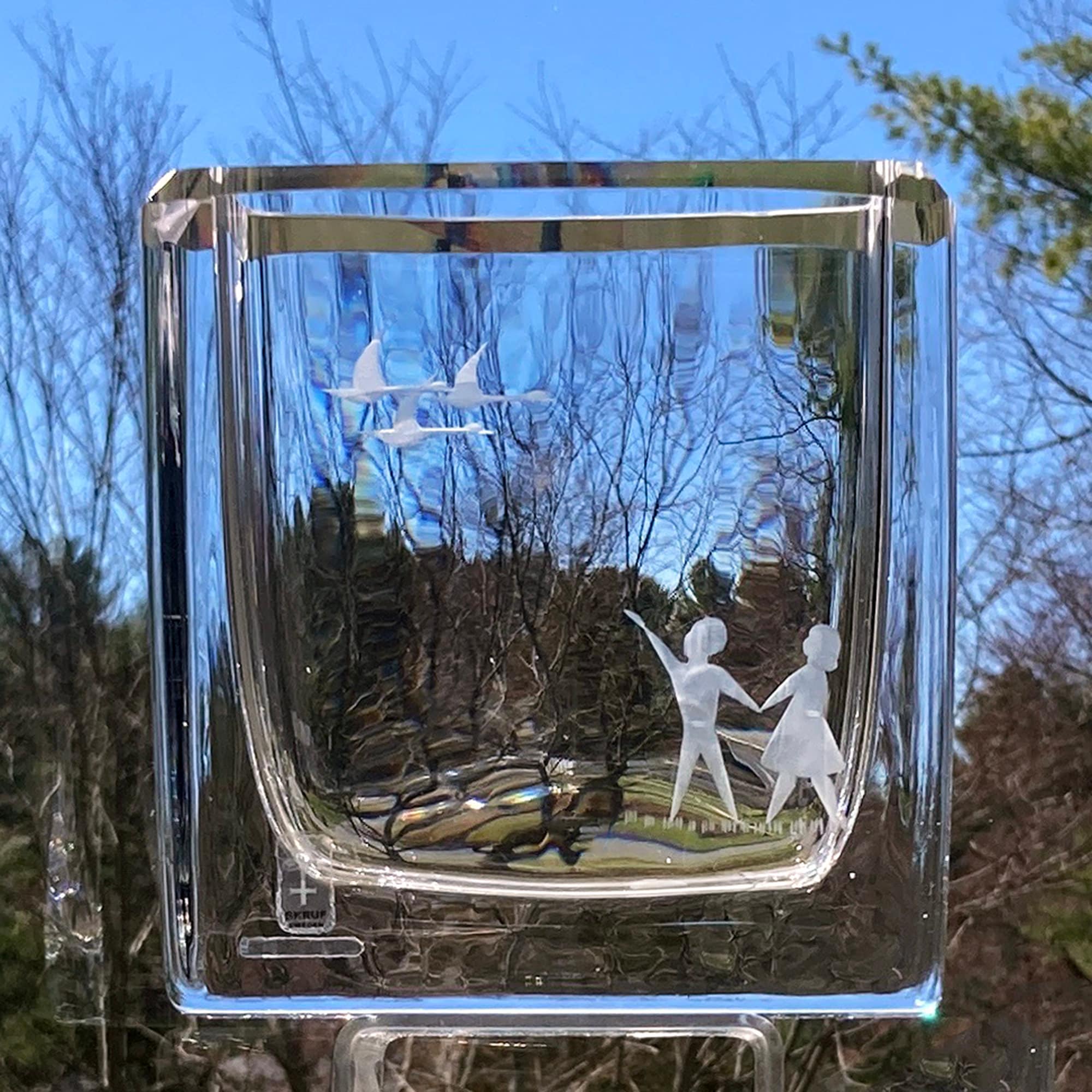 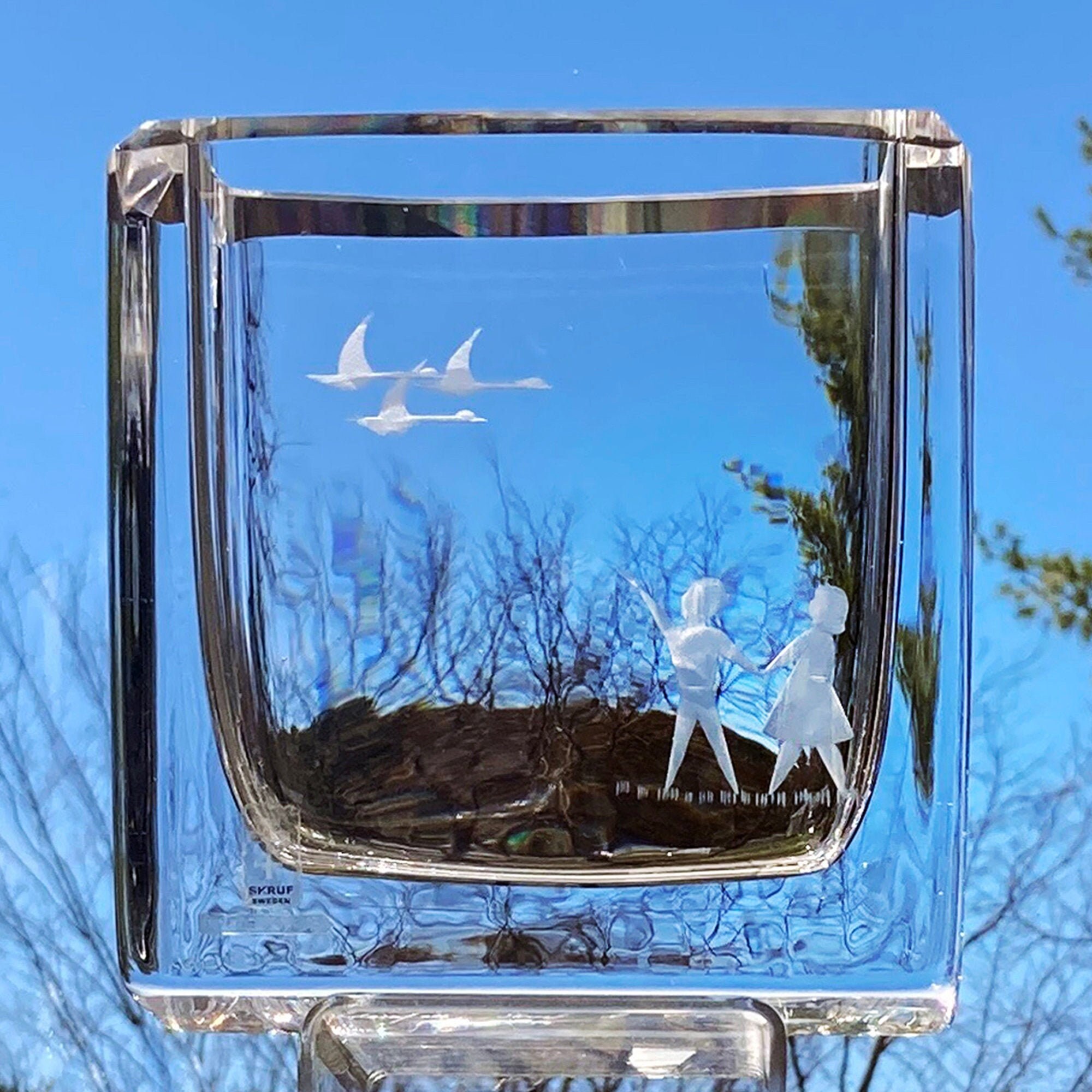 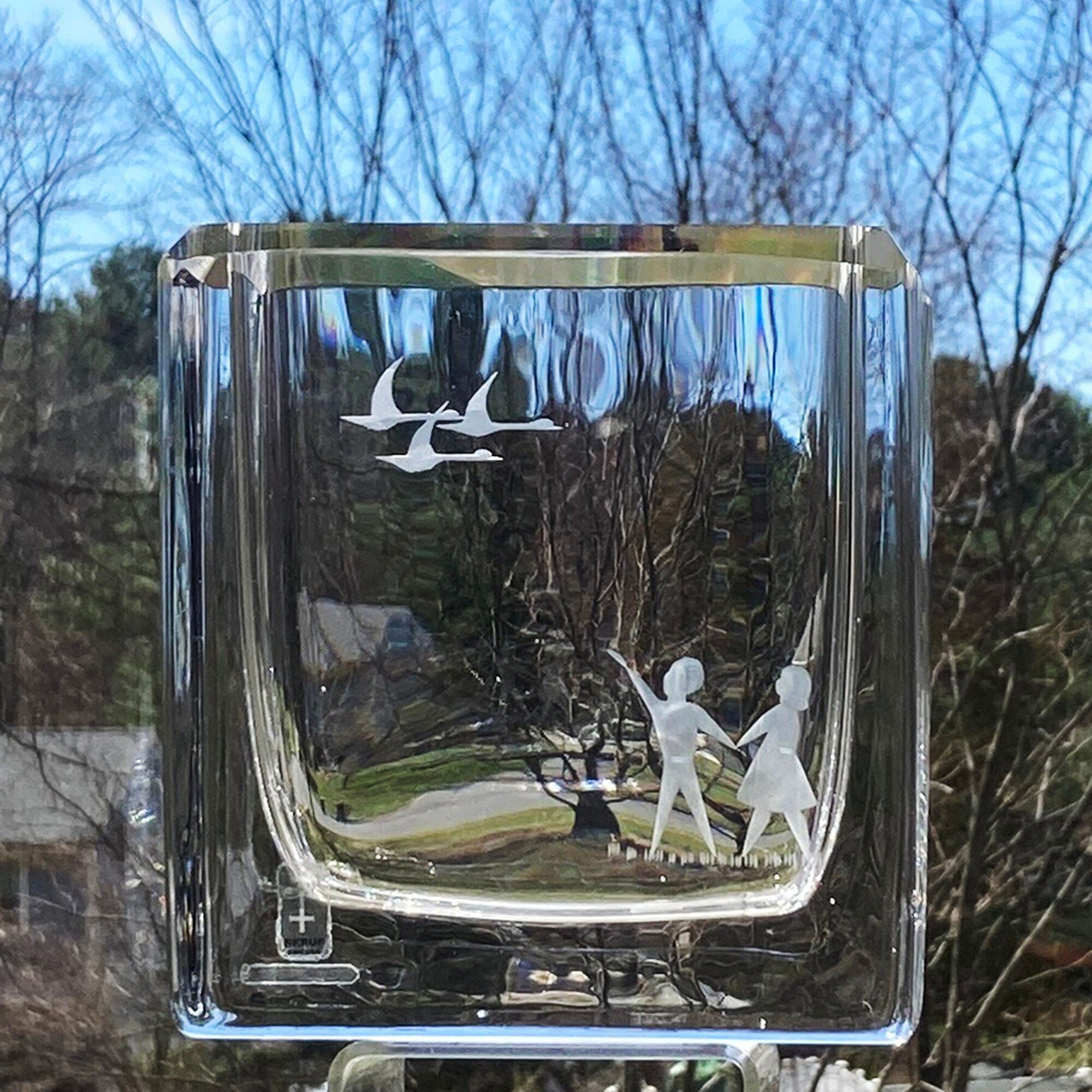 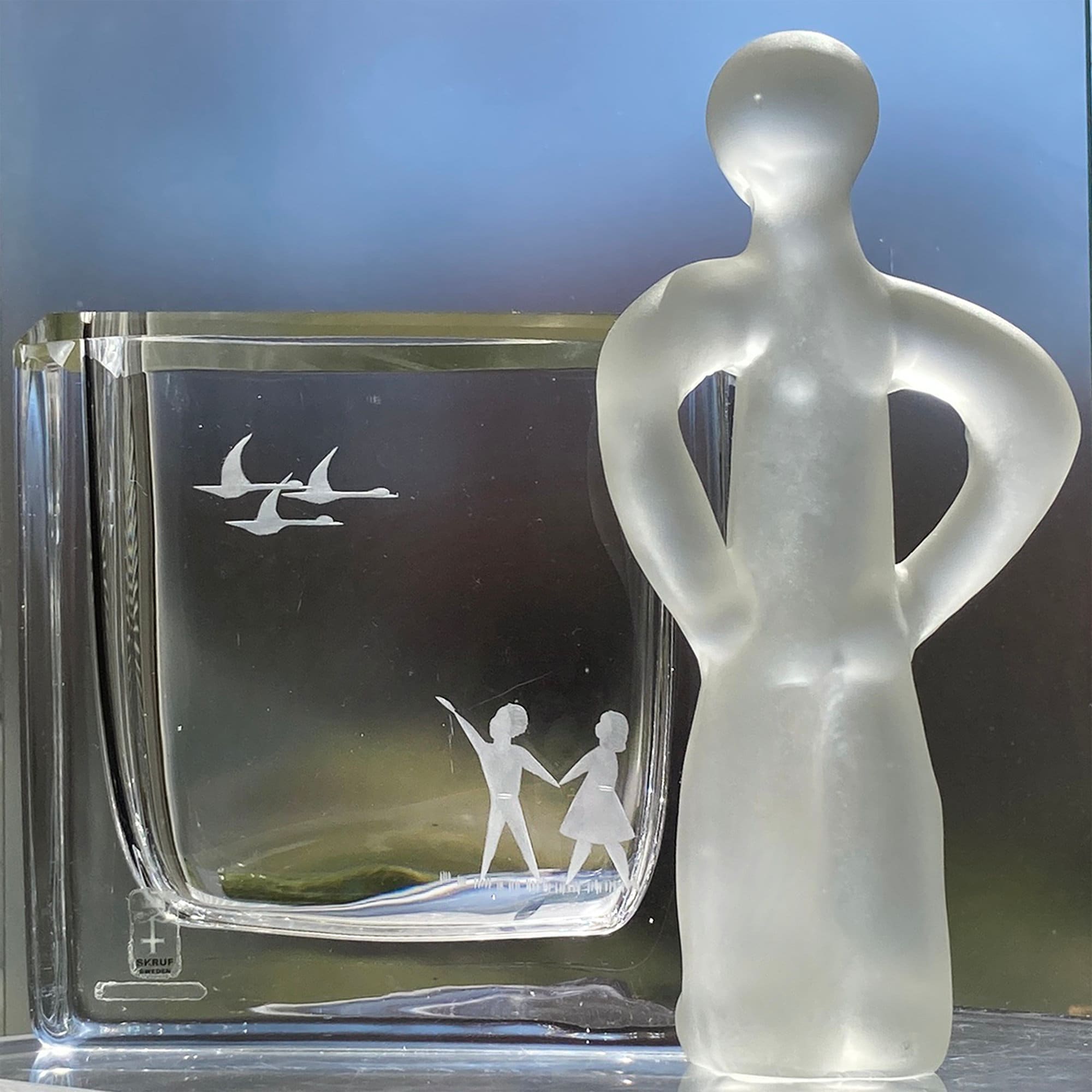 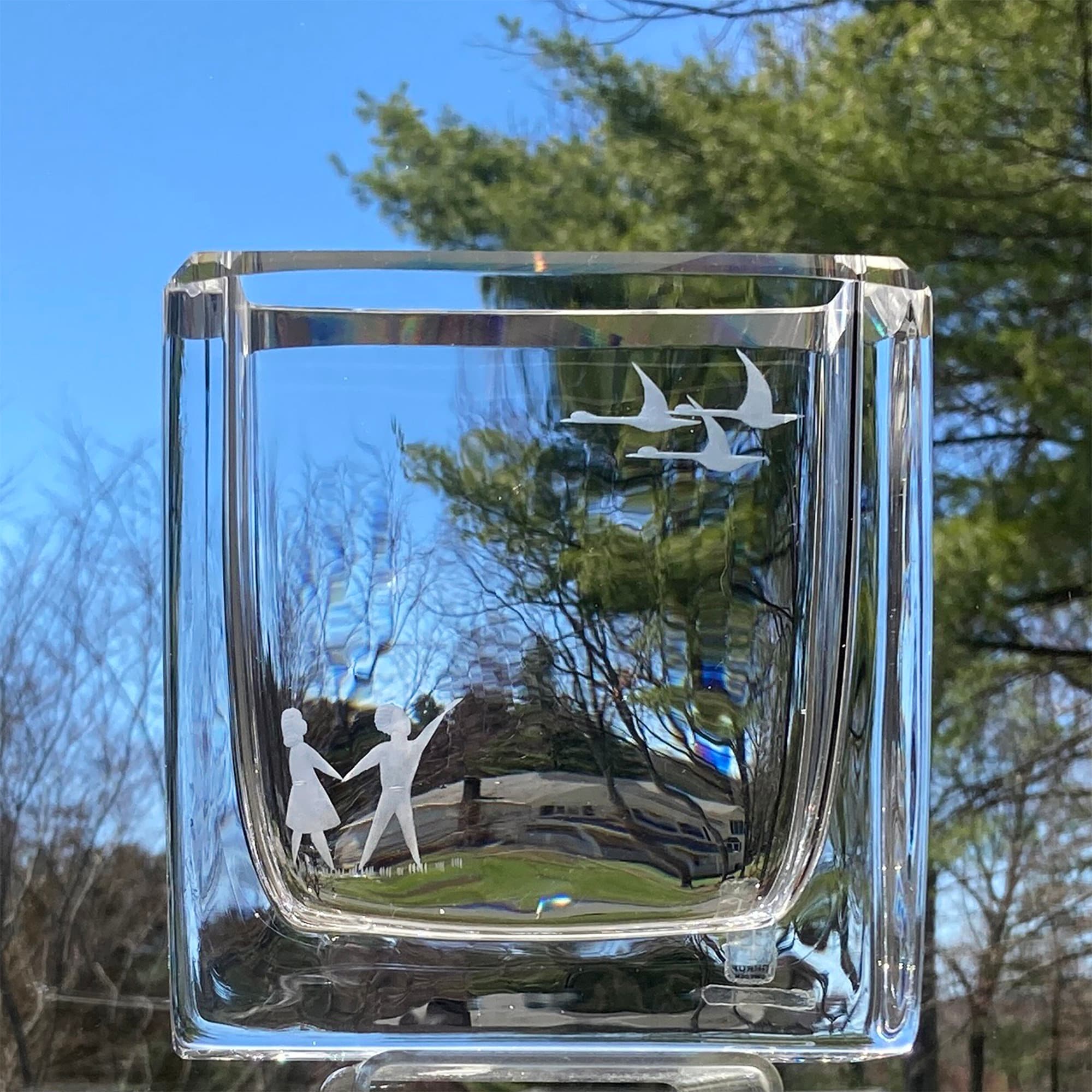 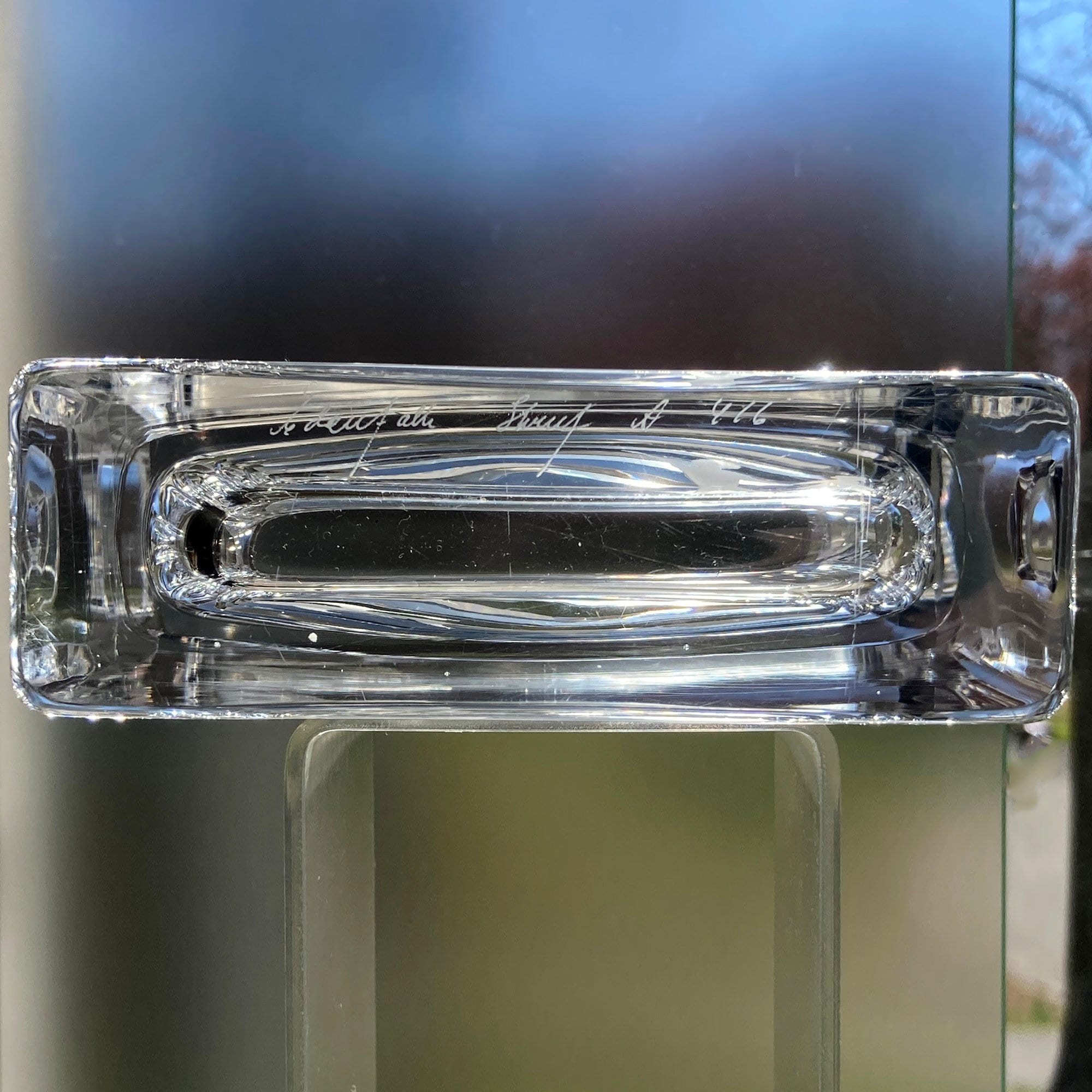 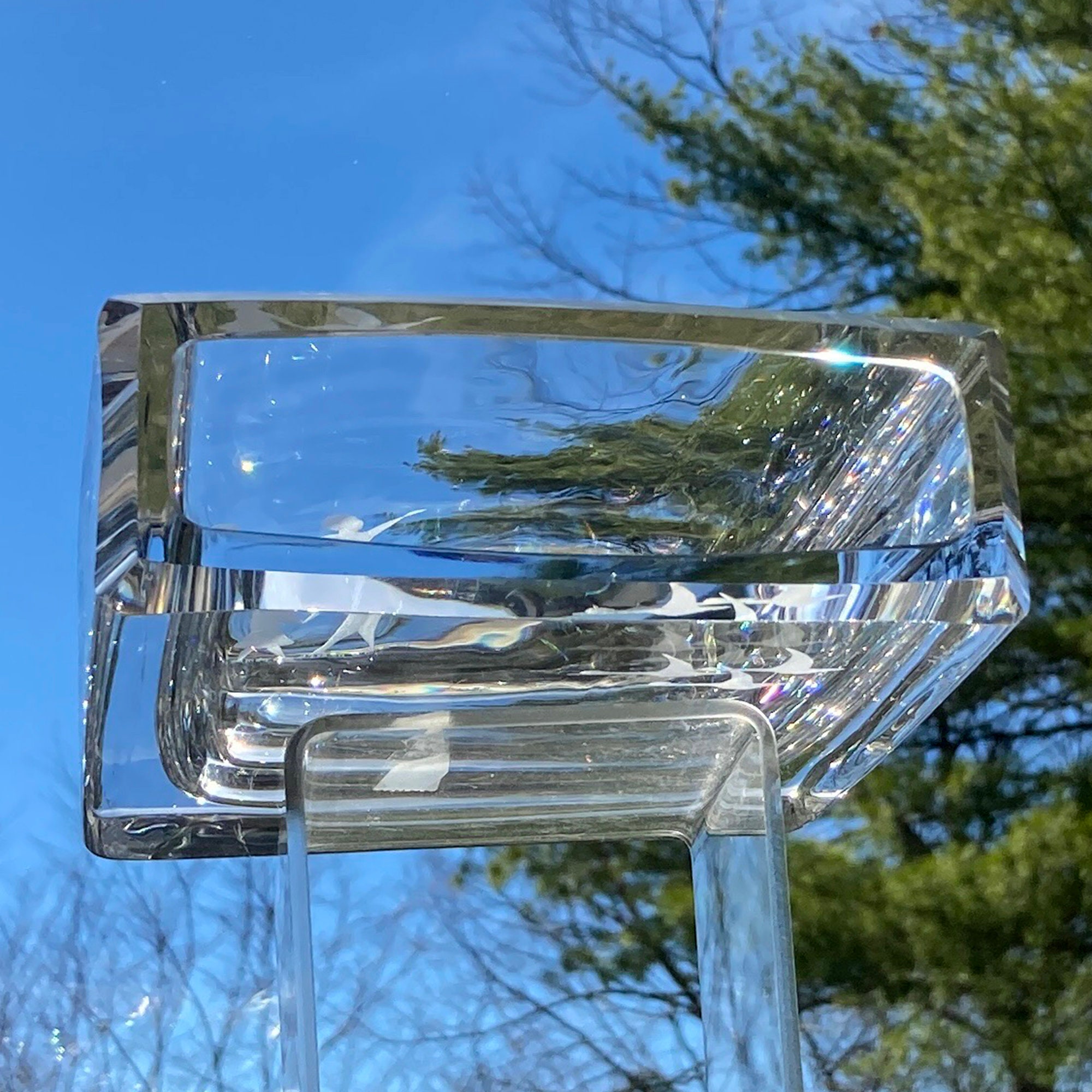 Bengt Edenfalk designed this charming vase in the 1960's. The square form is decorated with two children, holding hands and pointing at a pair of geese flying overhead. The detail is stunning and the play of light on the polished edges of the vase is exceptional. This beautiful vase is 5.25" x 2" x 6.5"h, and it weighs 4 pounds, 2 ounces. It is in very good condition, with only minor scratches, not unusual for its age. It is copper-wheel engraved, and signed on its base with the company name, Skruf.