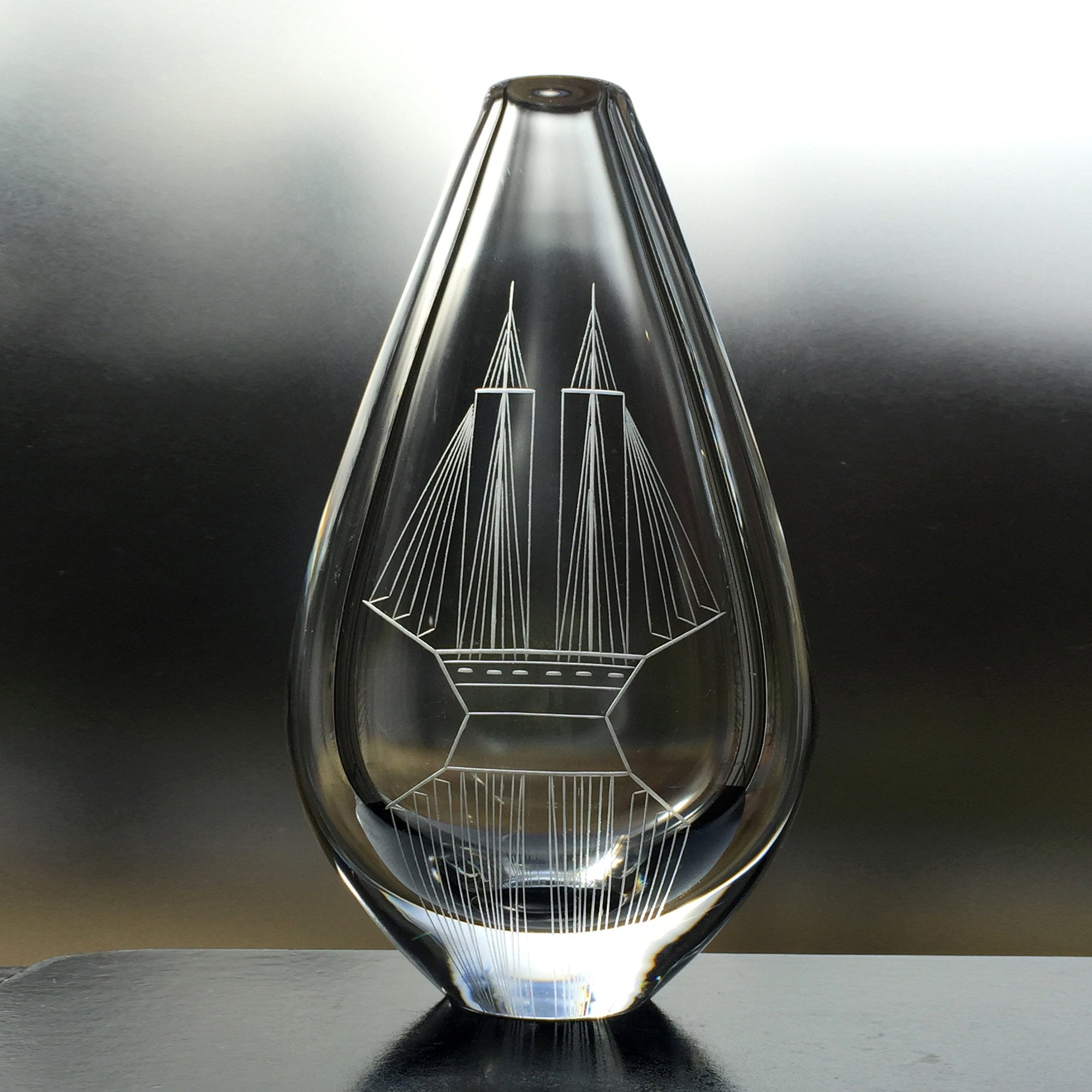 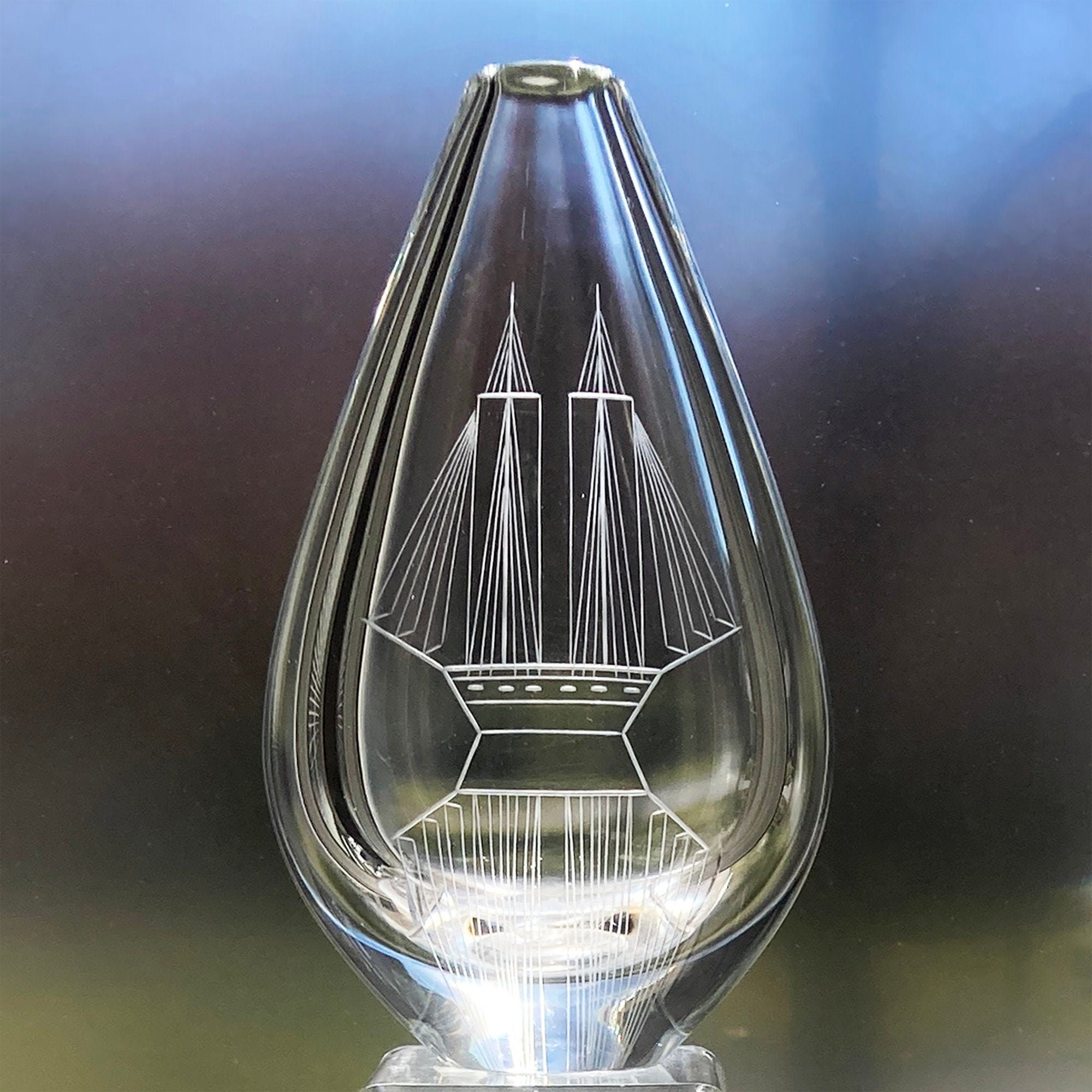 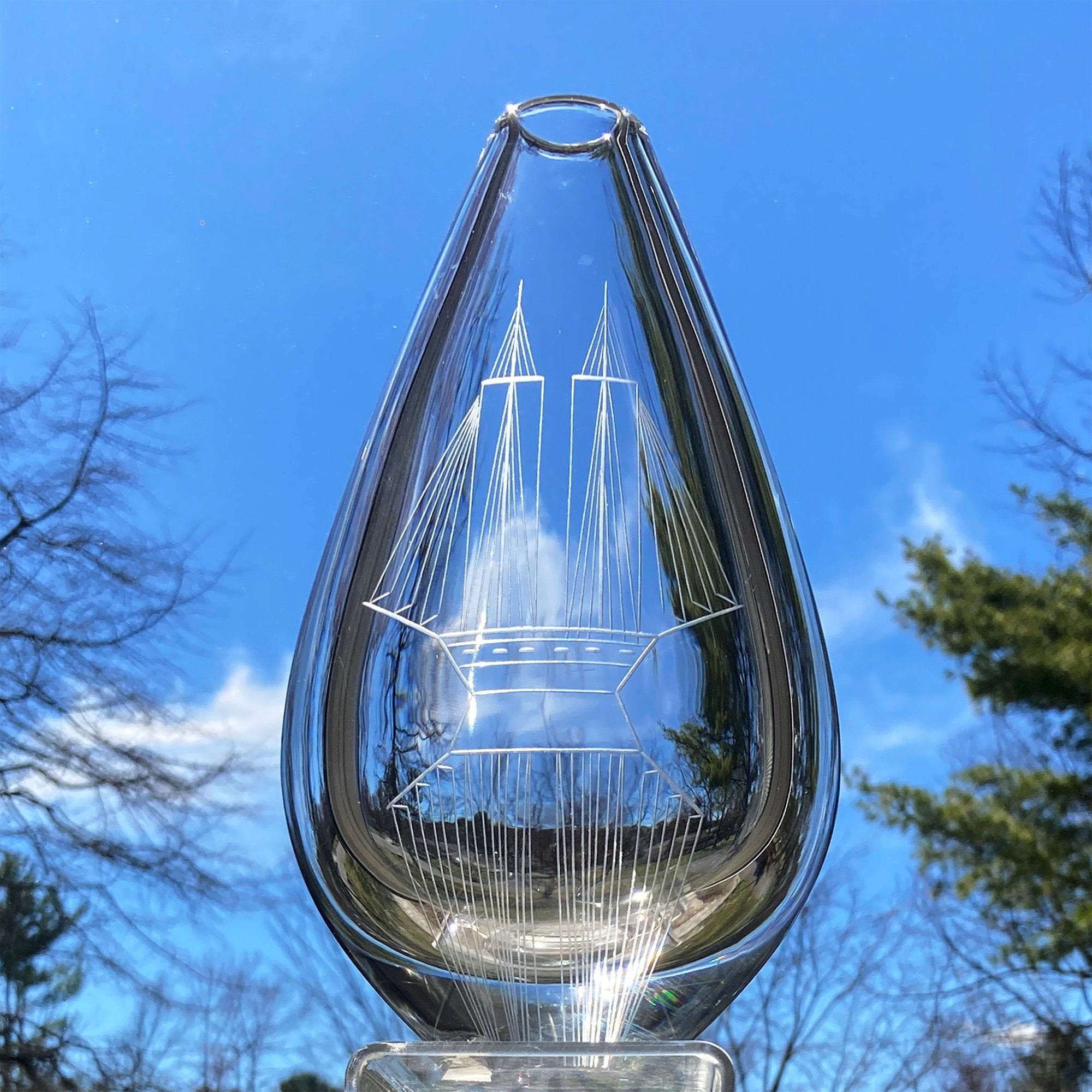 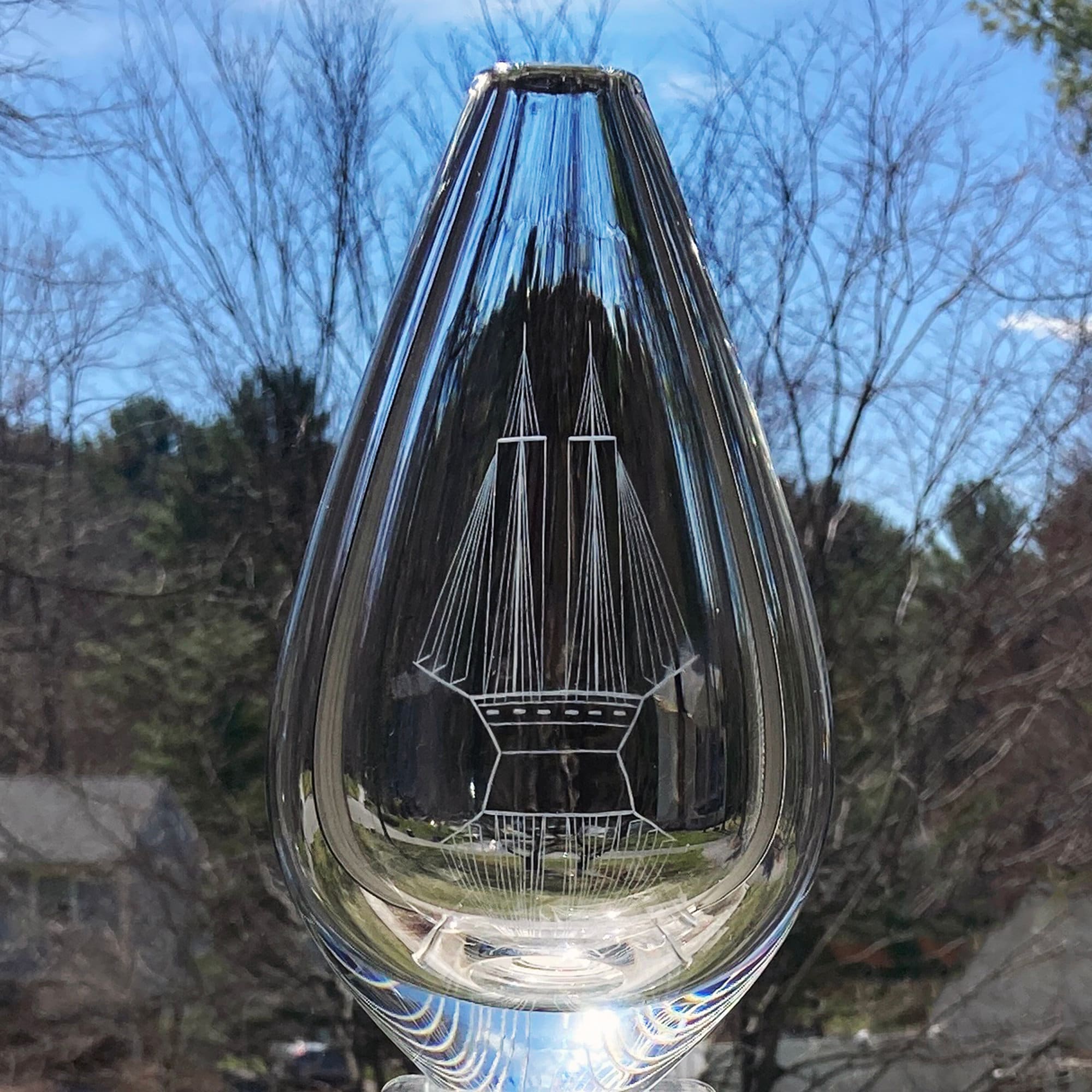 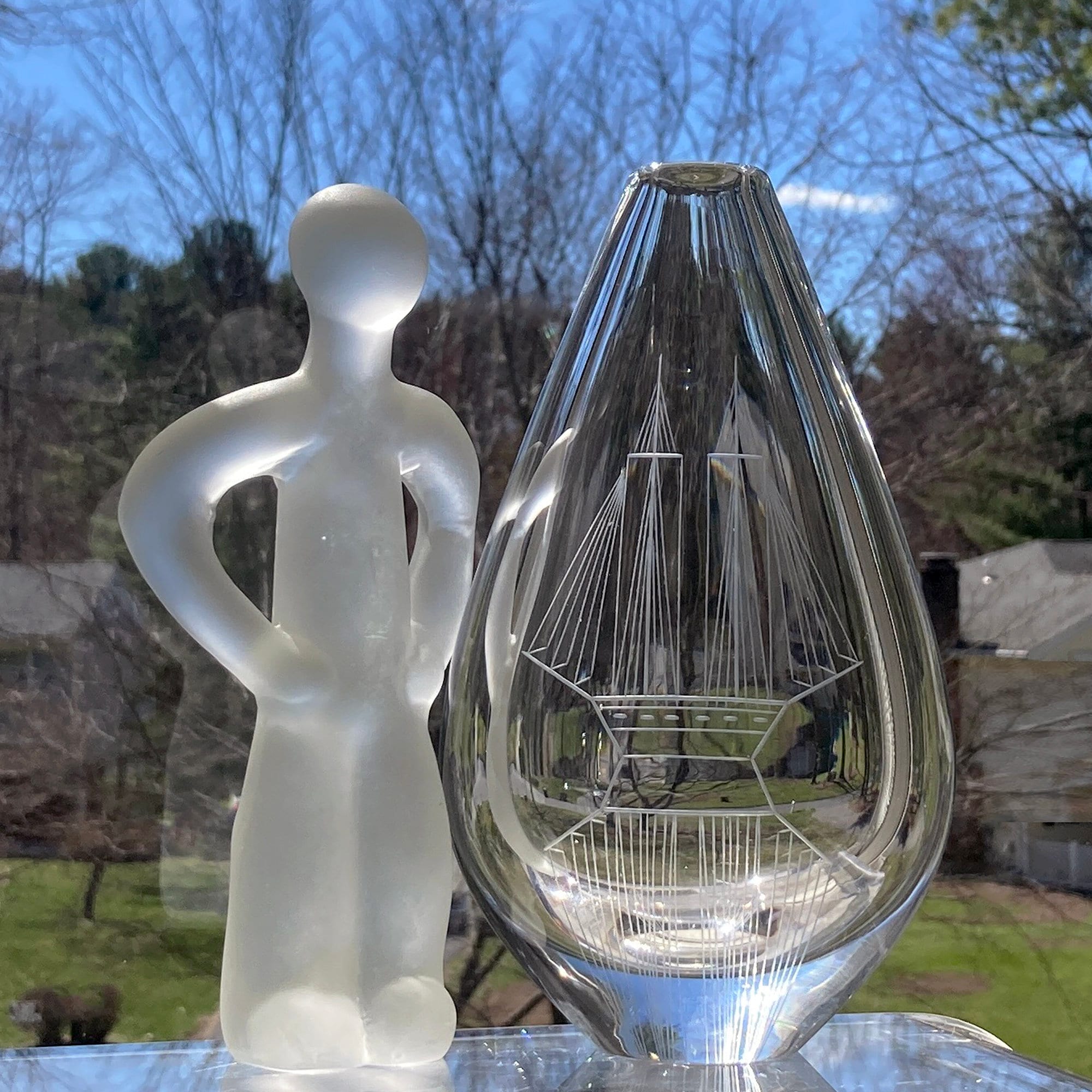 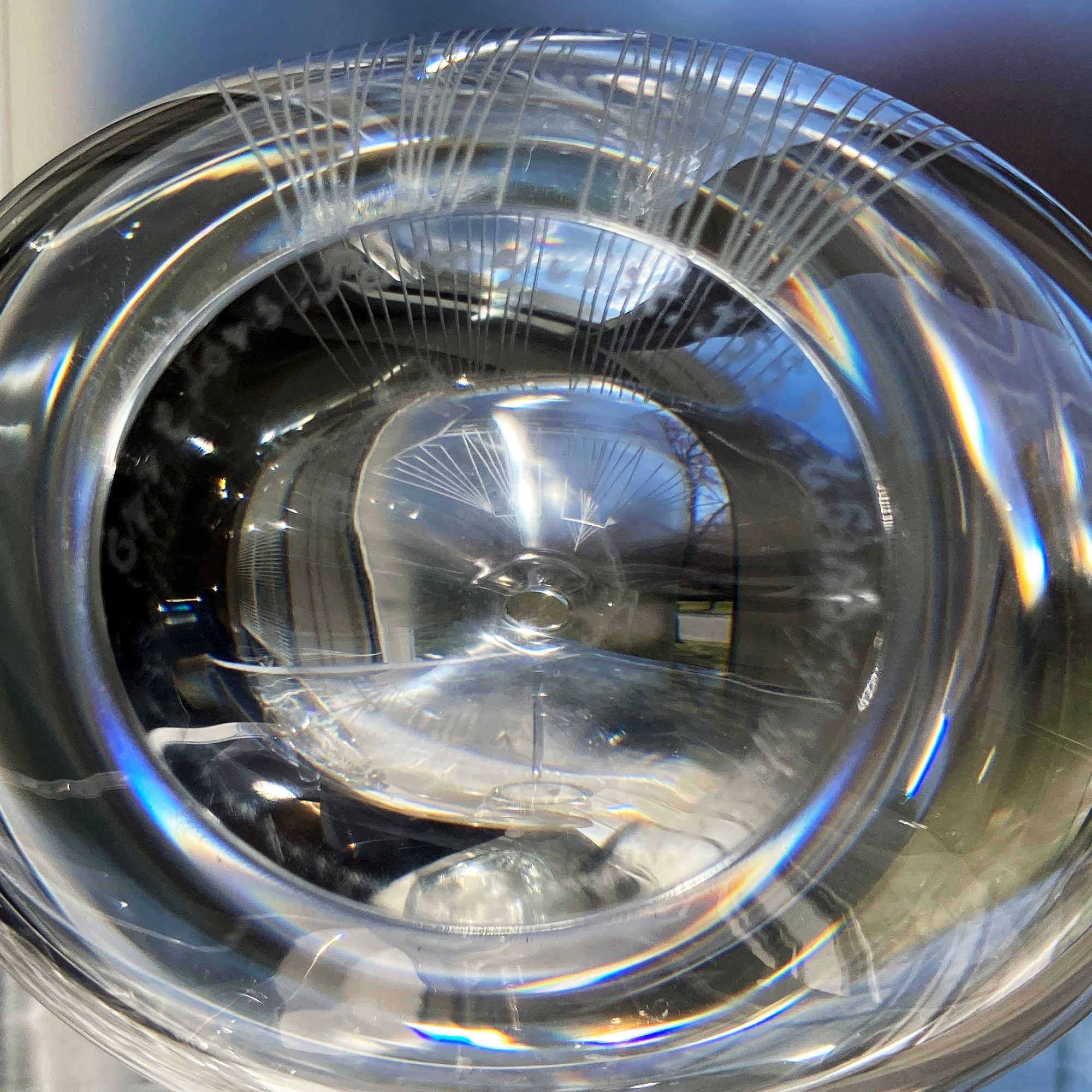 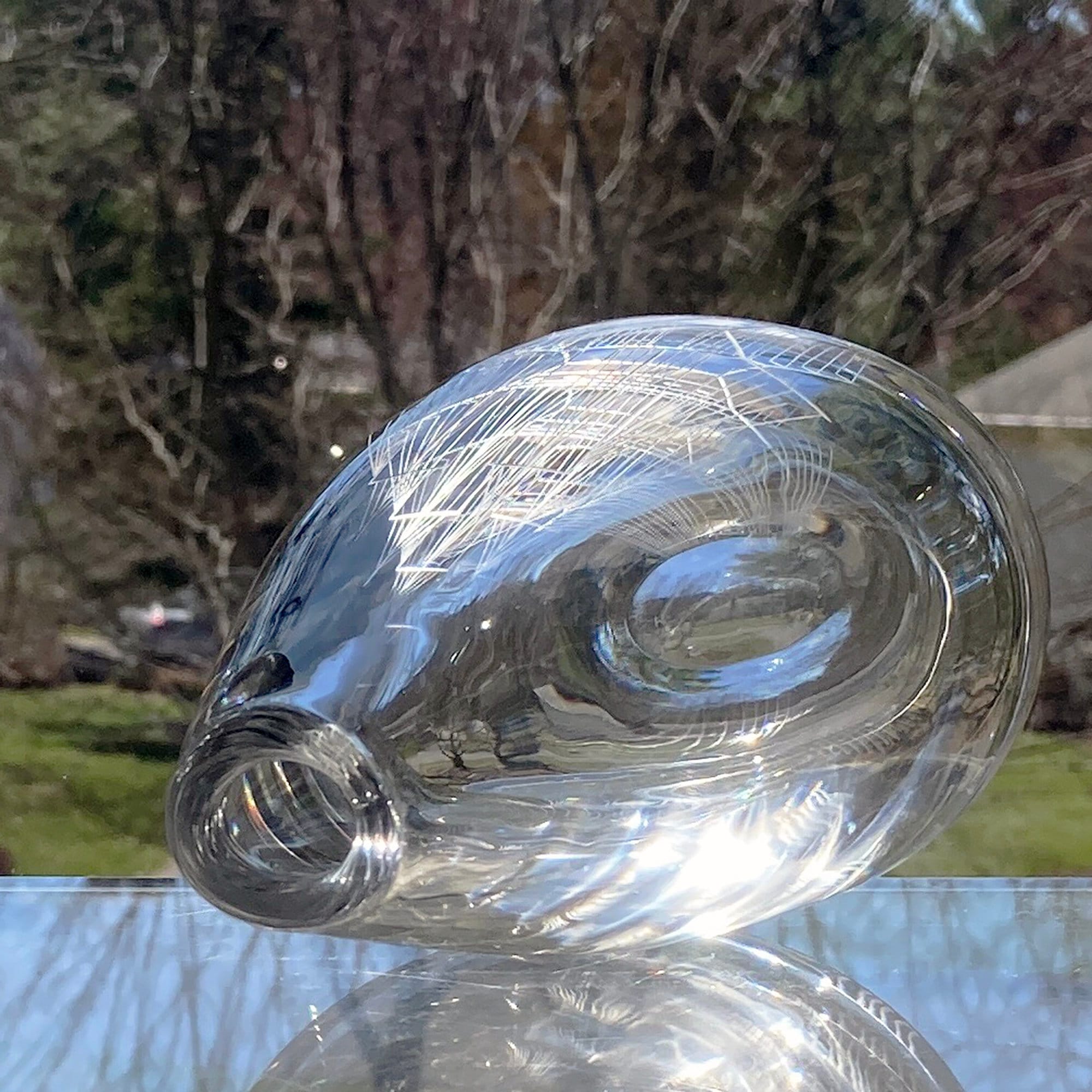 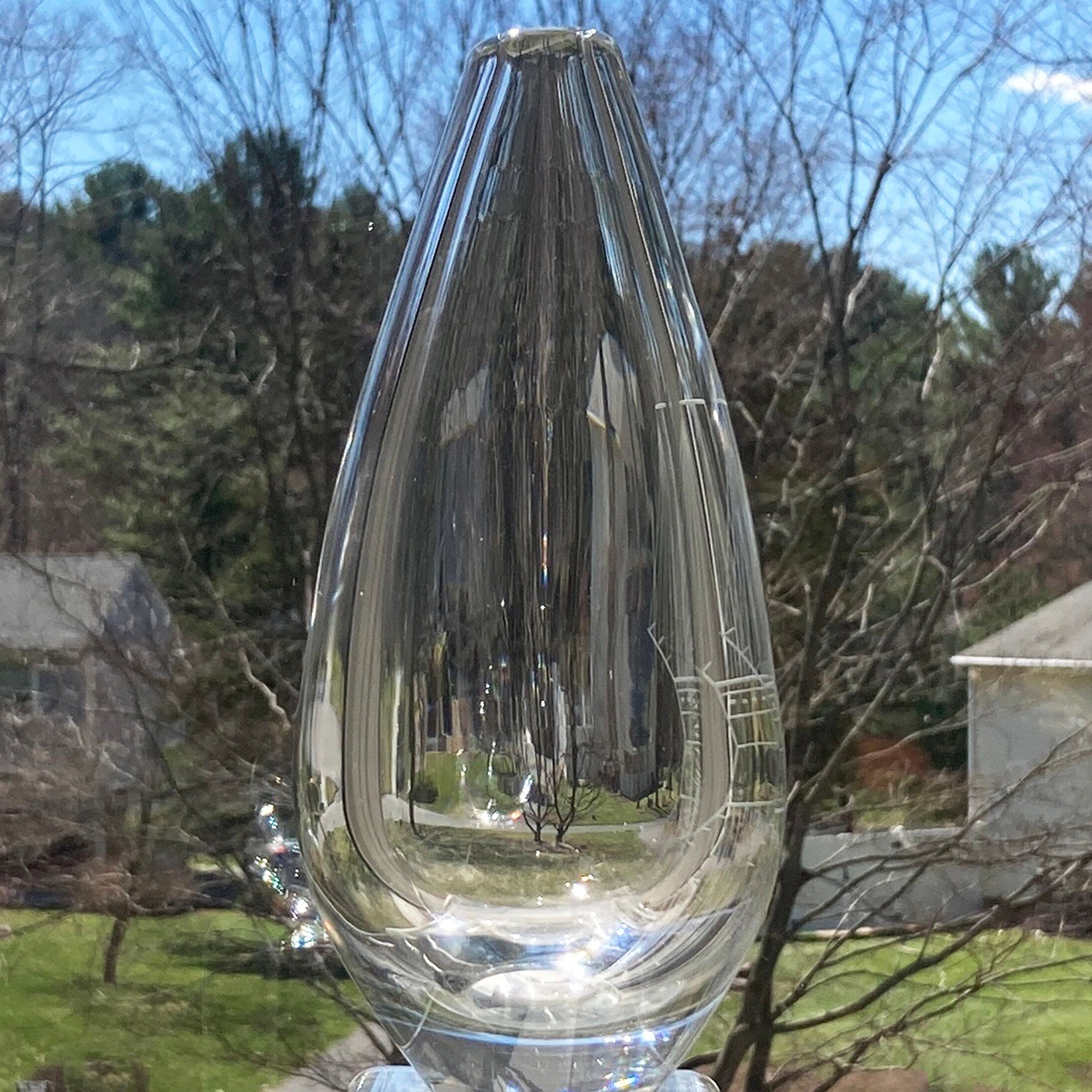 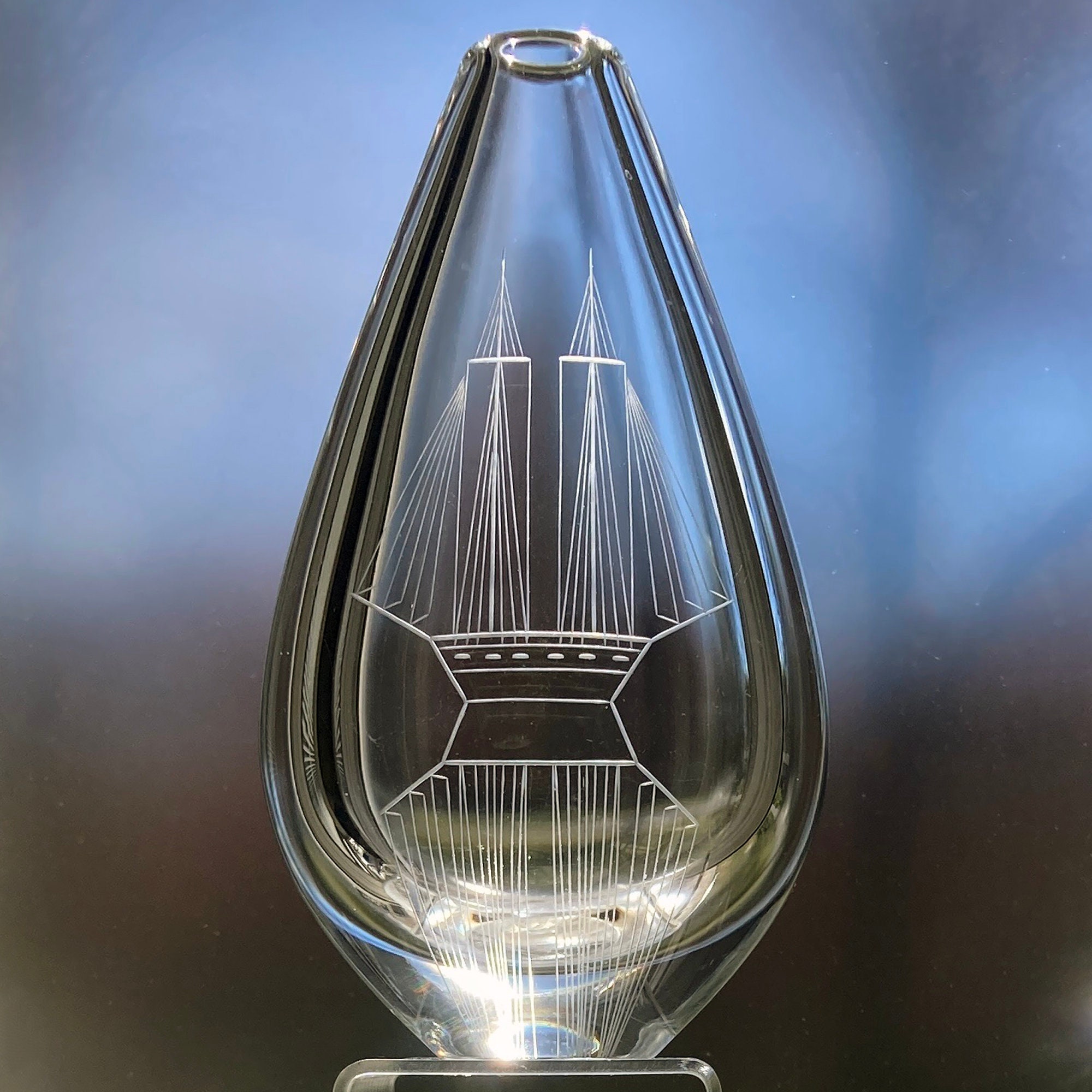 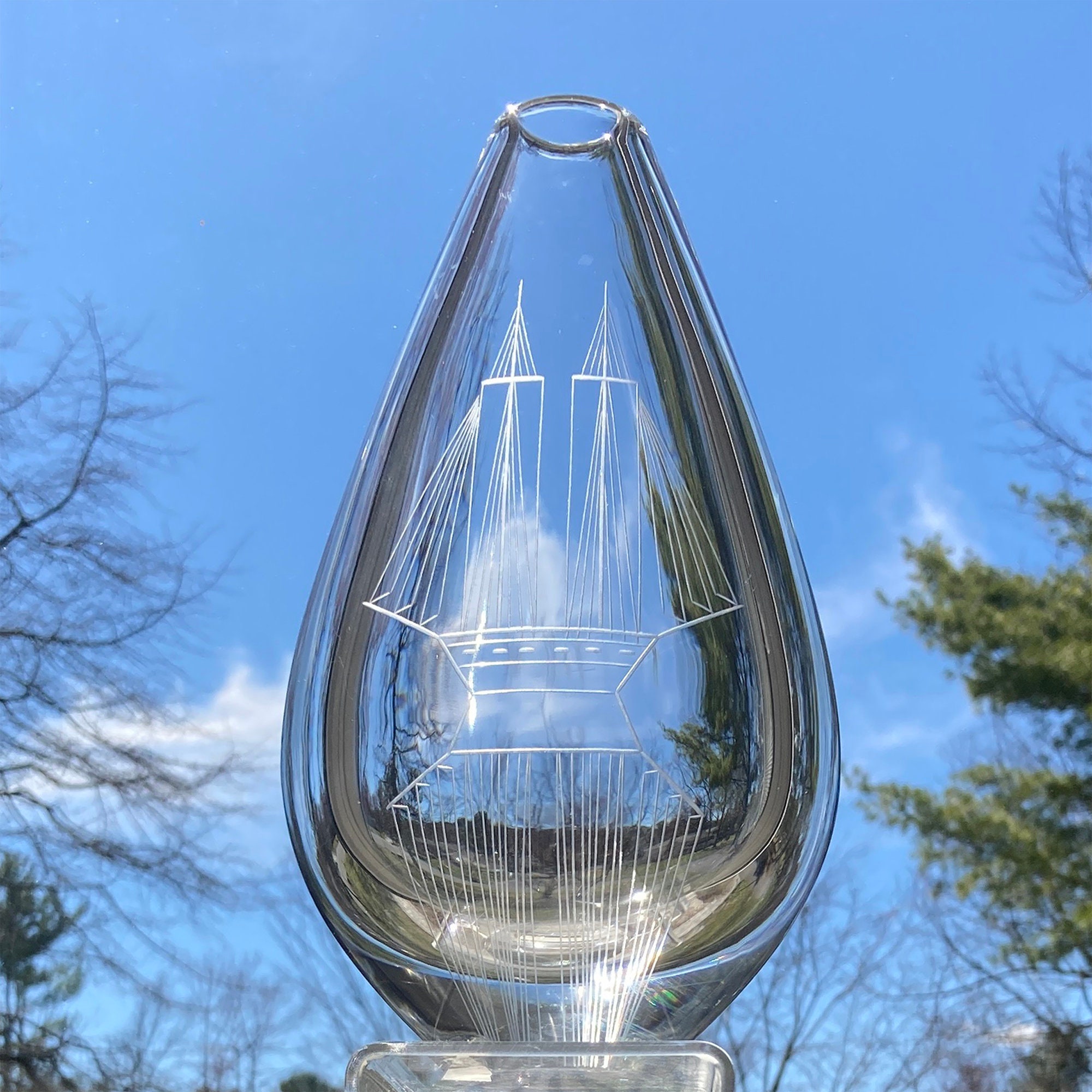 The masterful Swedish glass artist, Sven Palmqvist, designed this modern, line-art ship for Orrefors Glassworks in 1955. The crystal vase was handblown, and it was engraved using the traditional copper-wheel technique. The number 3559 on the base is the style number, and that one was designed in 1955. The date code C5 corresponds to 1957, which was the date that this vase was made. The initials are for the engraver, and I have not identified him yet. The vase is about 8 inches tall and 5 inches in diameter at its widest point, and it weighs about 2 pounds.