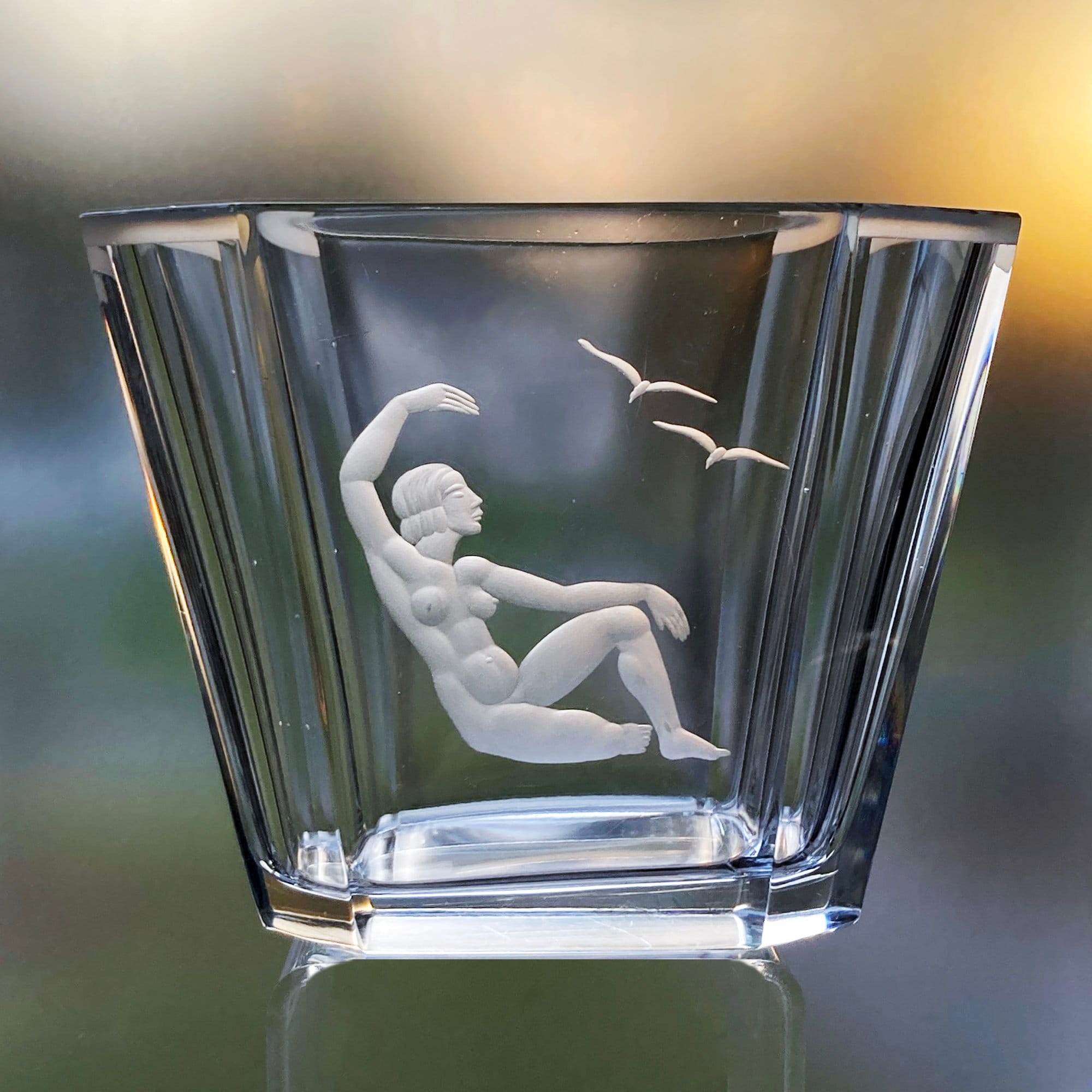 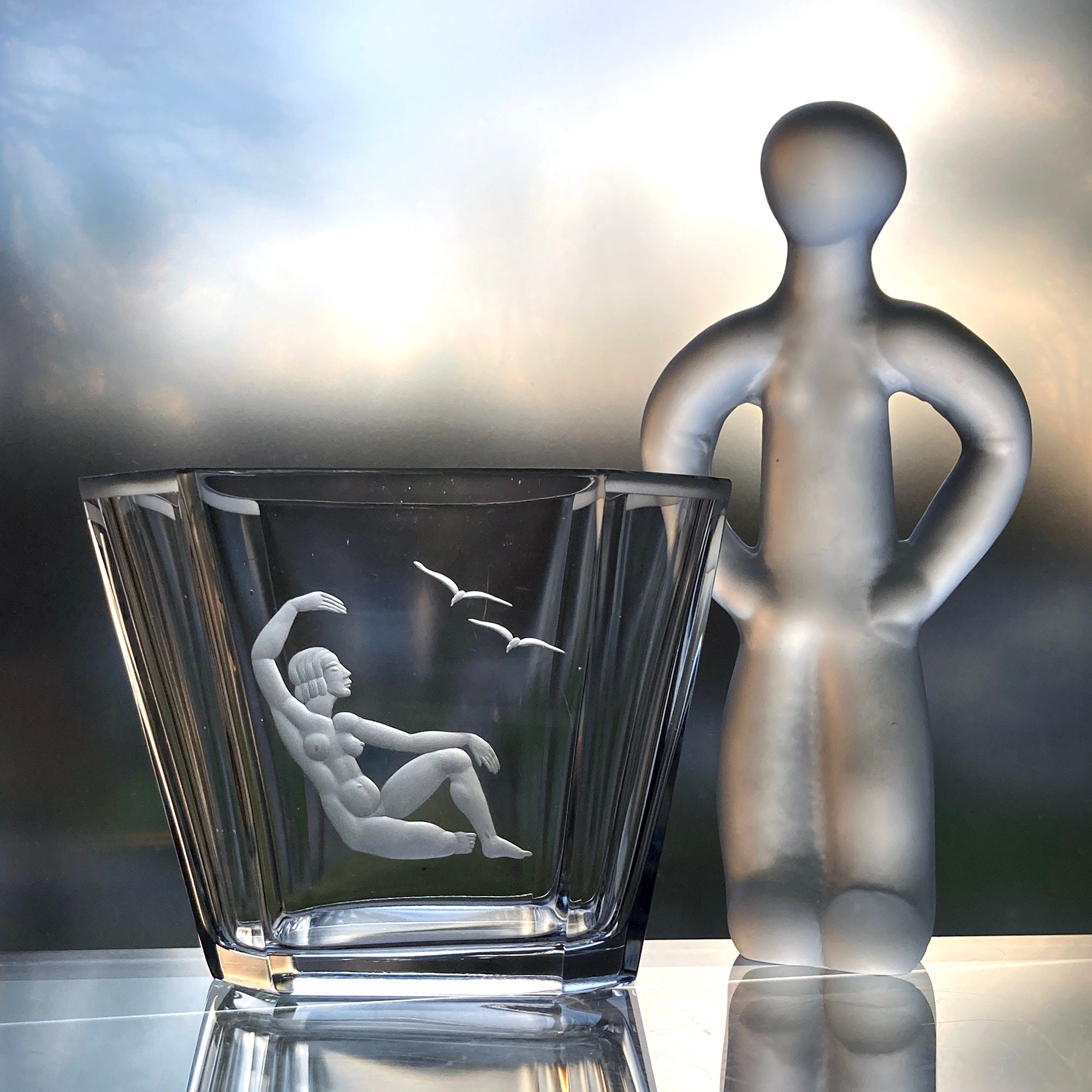 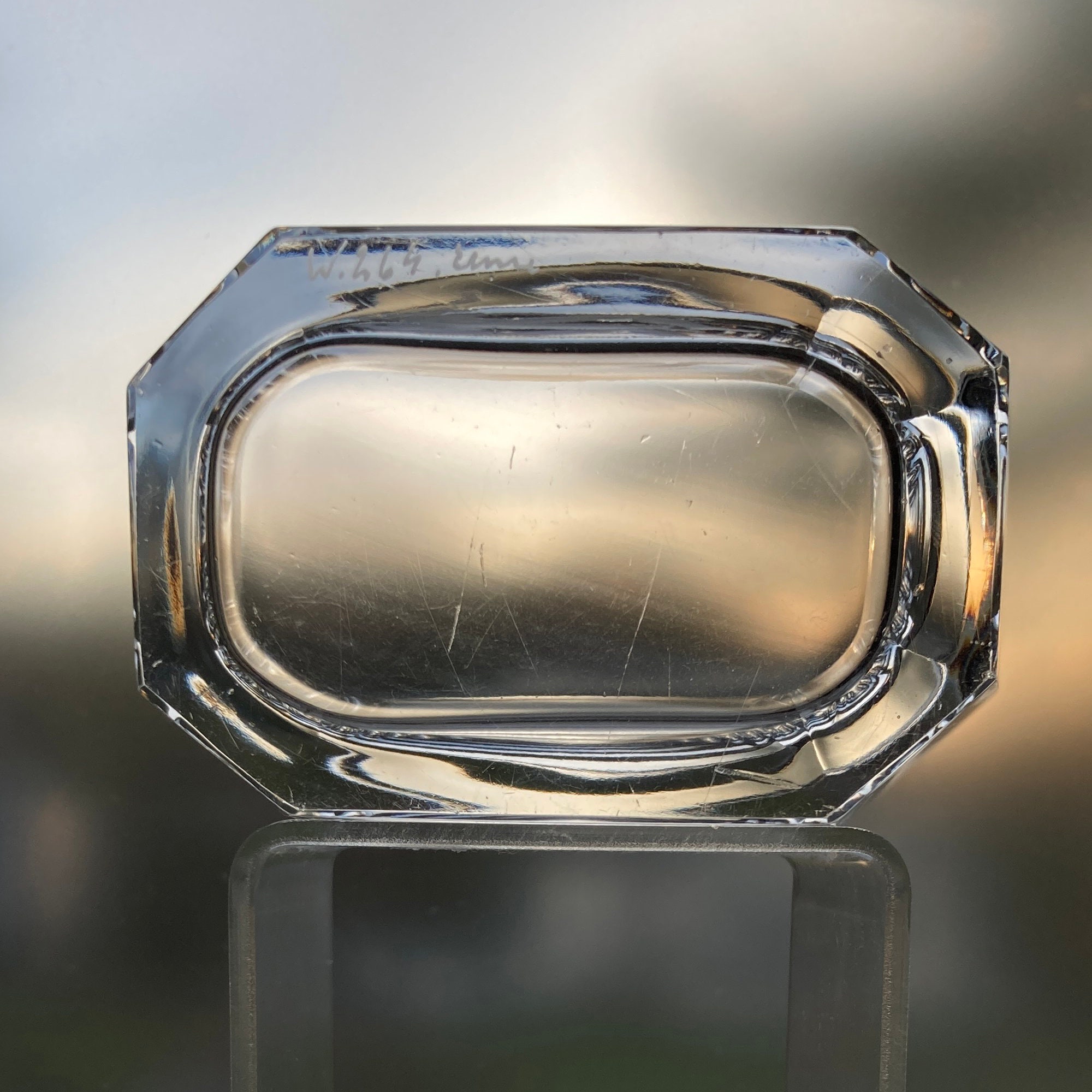 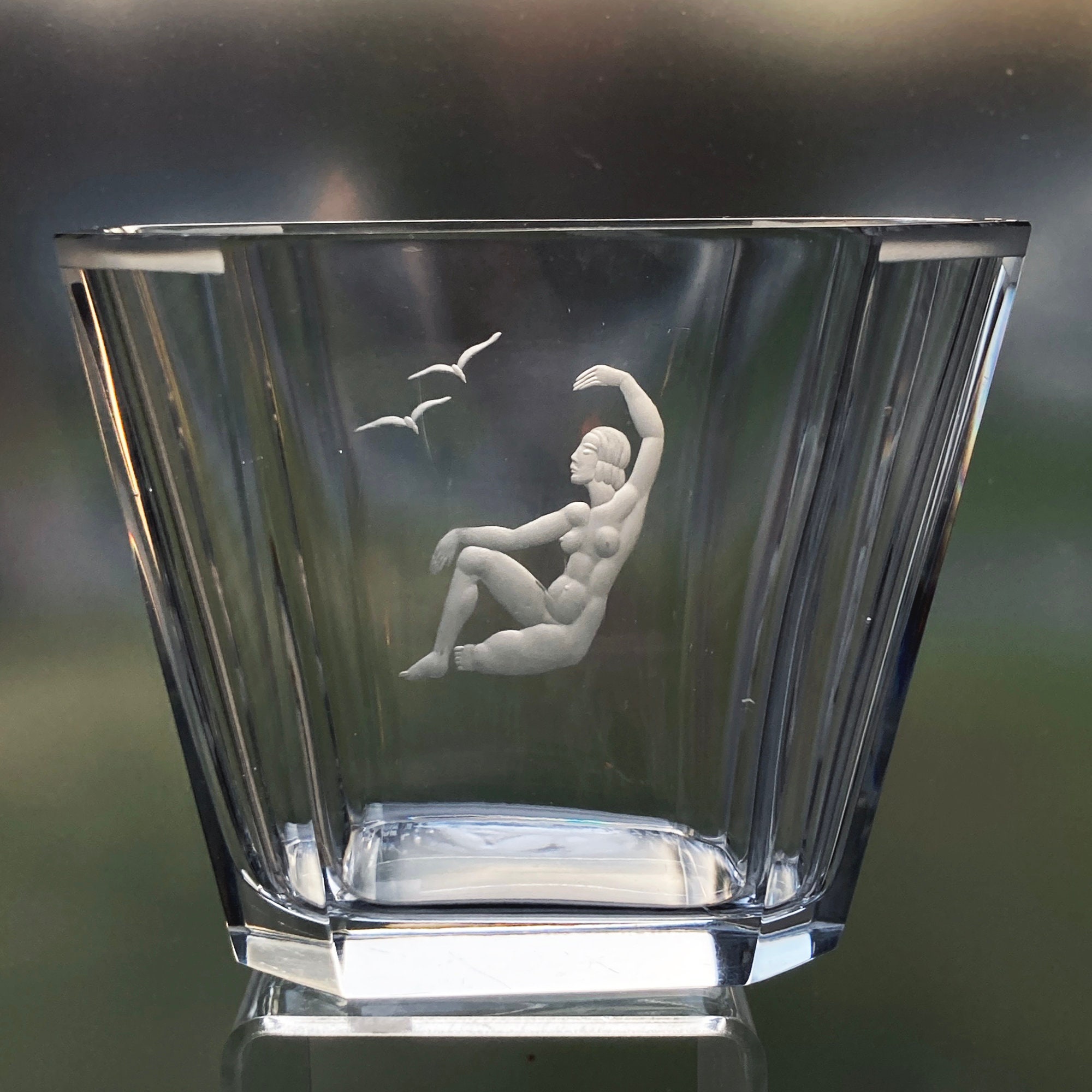 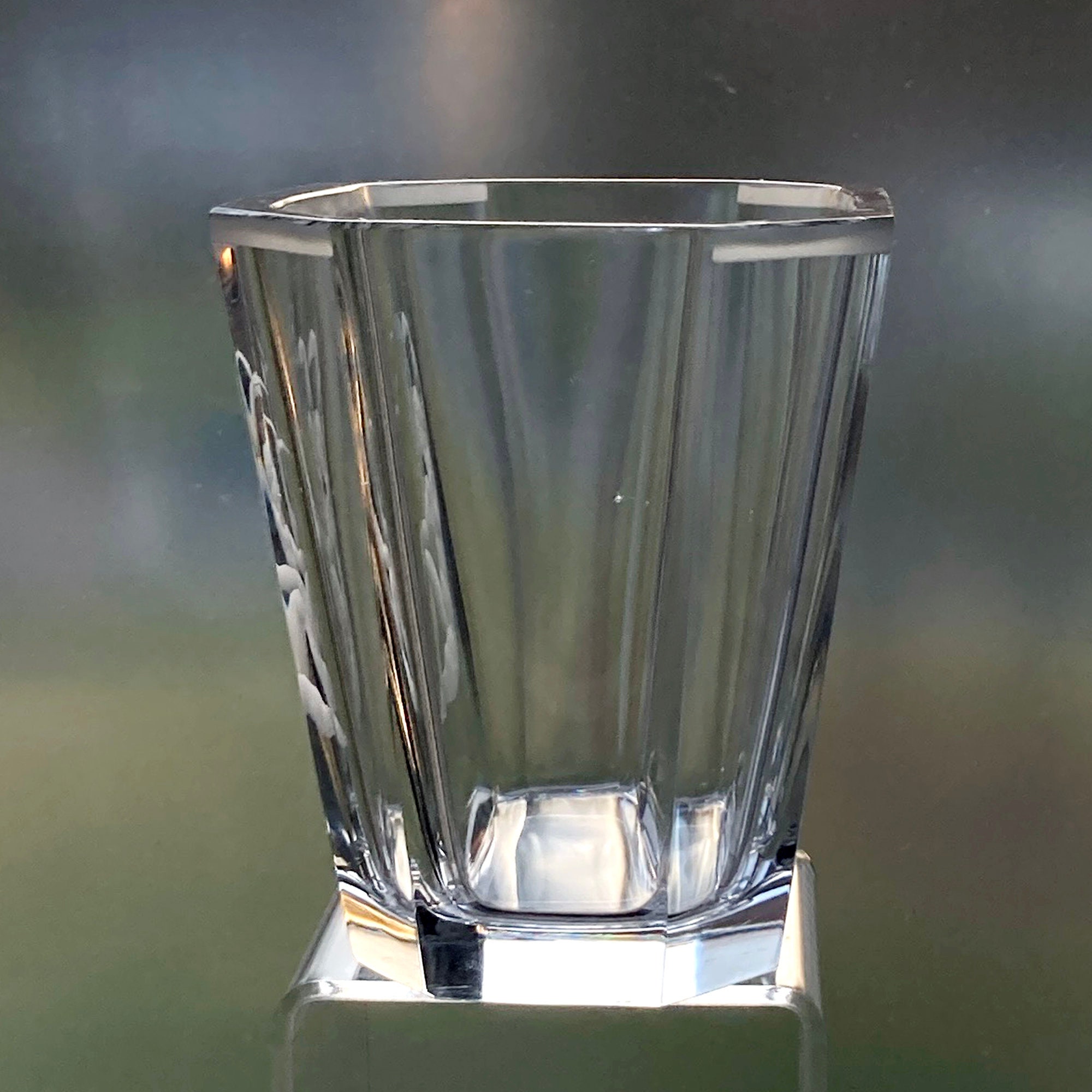 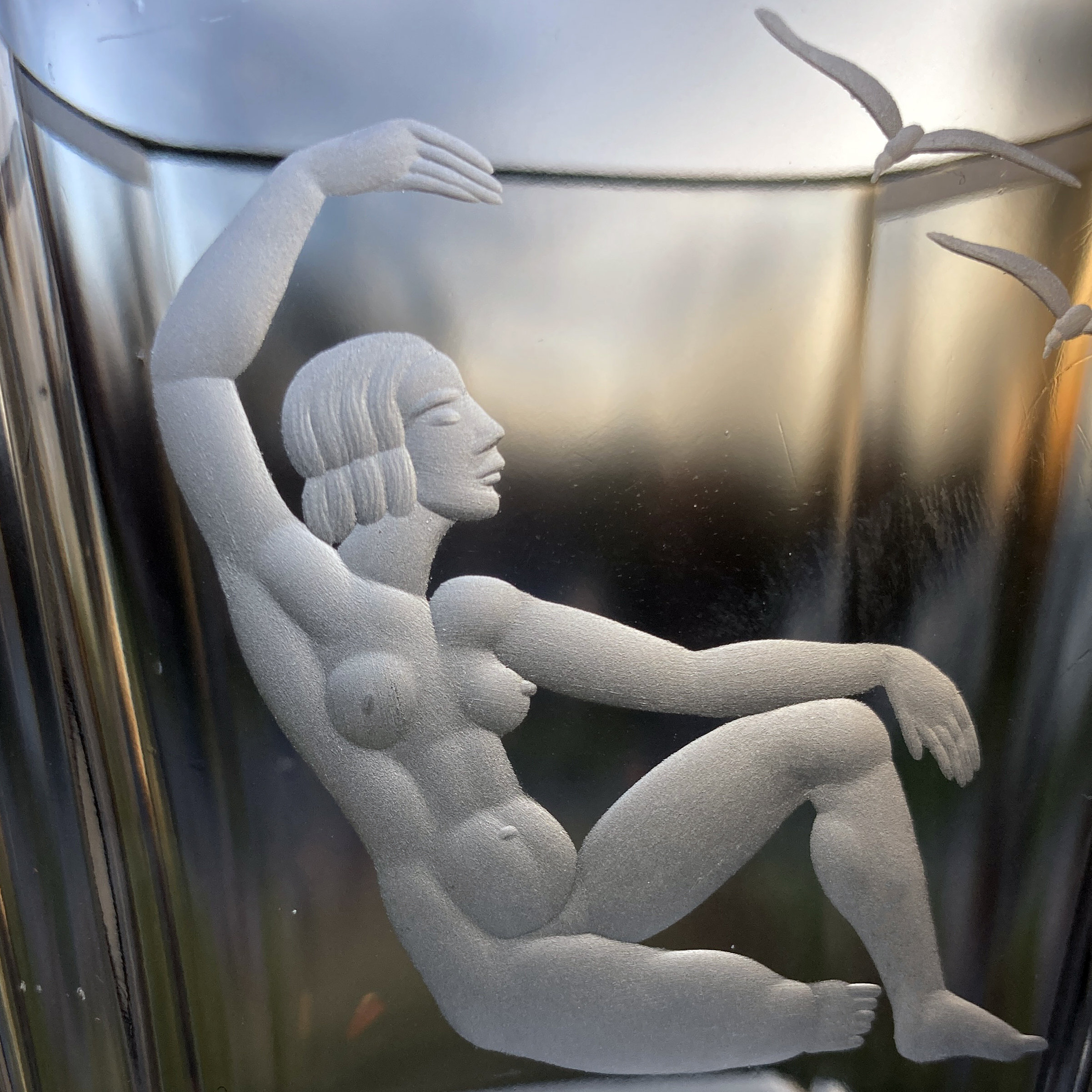 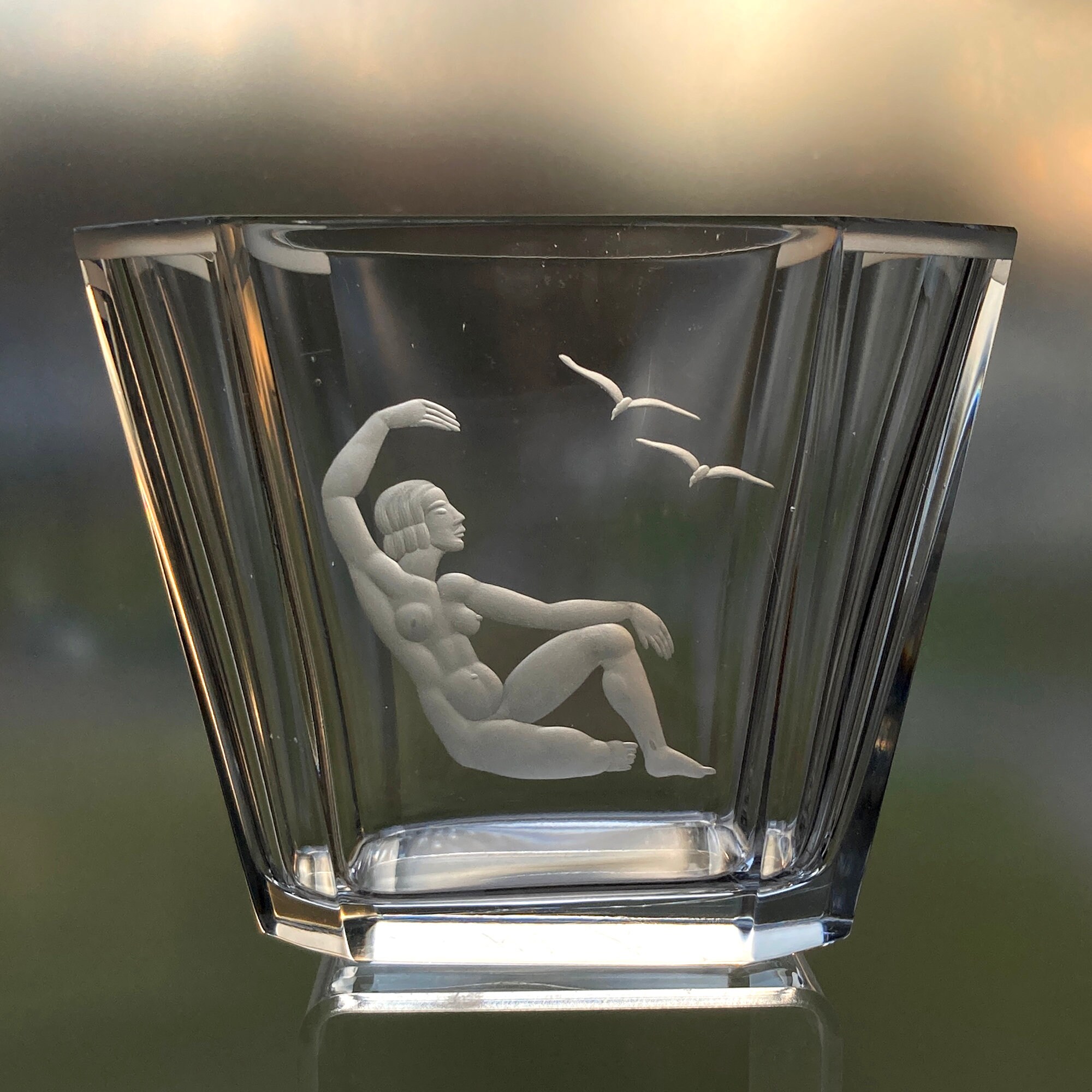 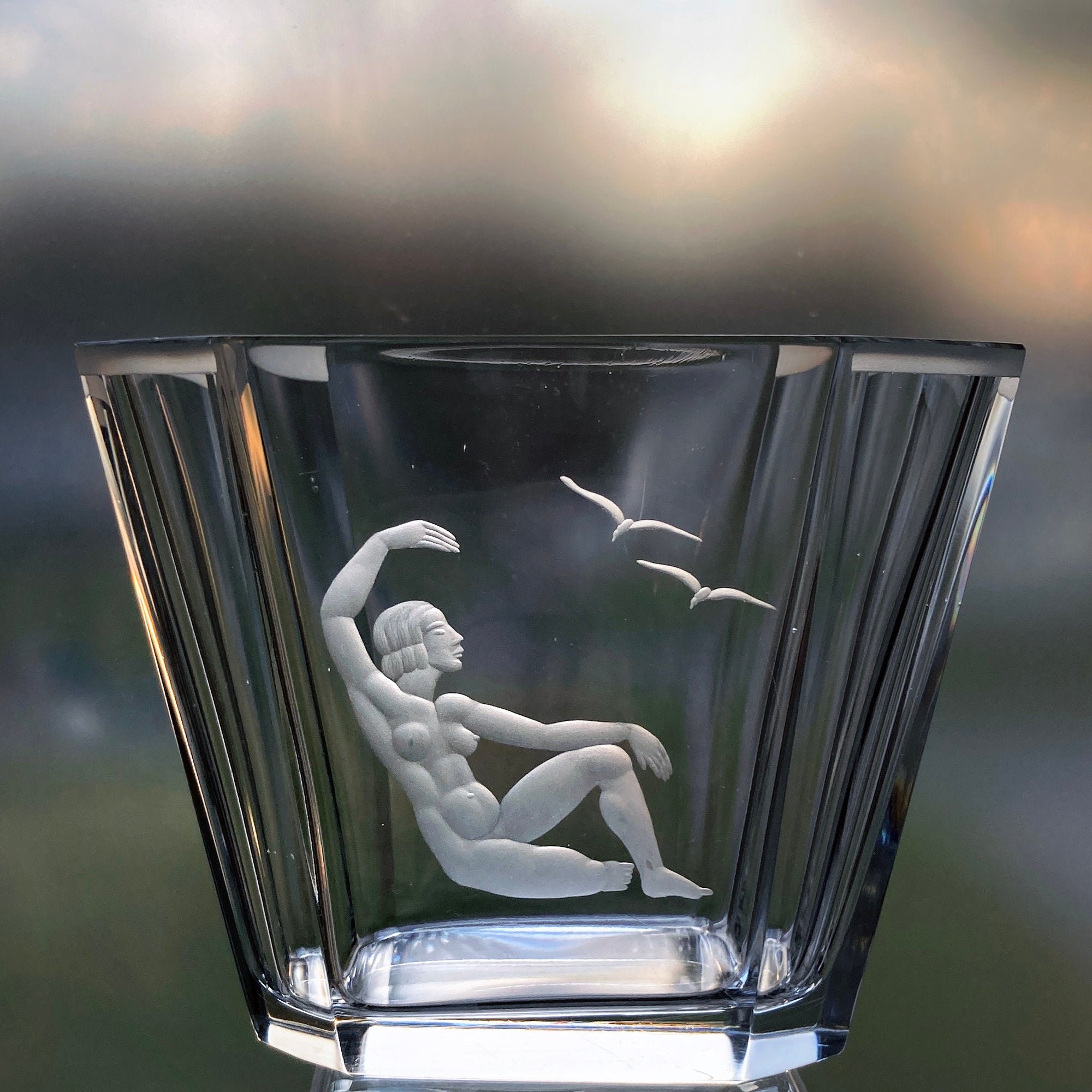 At Elme Glassworks, Swedish artist Emil Weidlich, 1895-1986, engraved this stunning handblown crystal vase with a nude woman, arms outstretched, reaching for a pair of birds. It is a medium-sized piece, 5.75" x 3.75" x 4", and it weighs about a pound. It is in truly remarkable condition for its age.