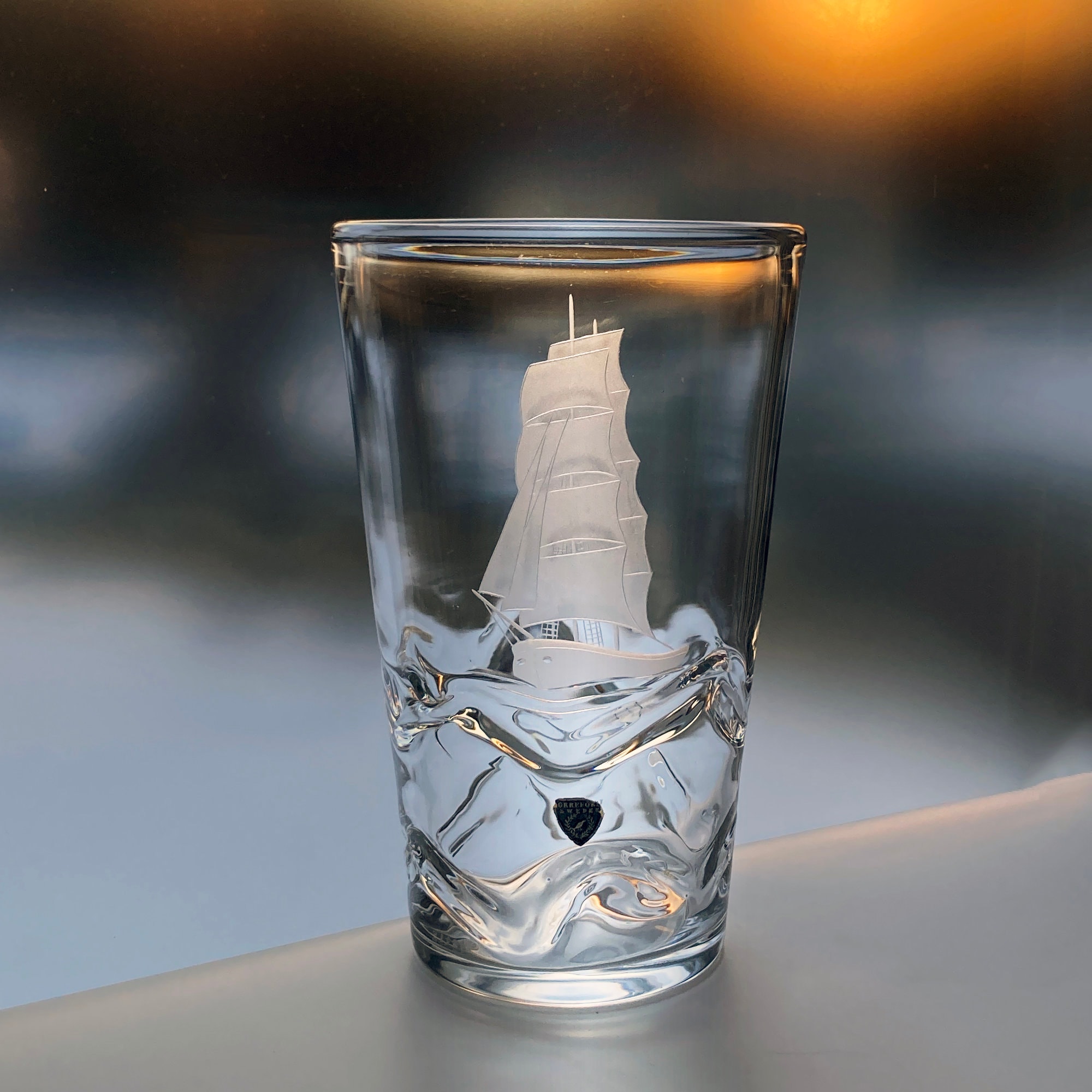 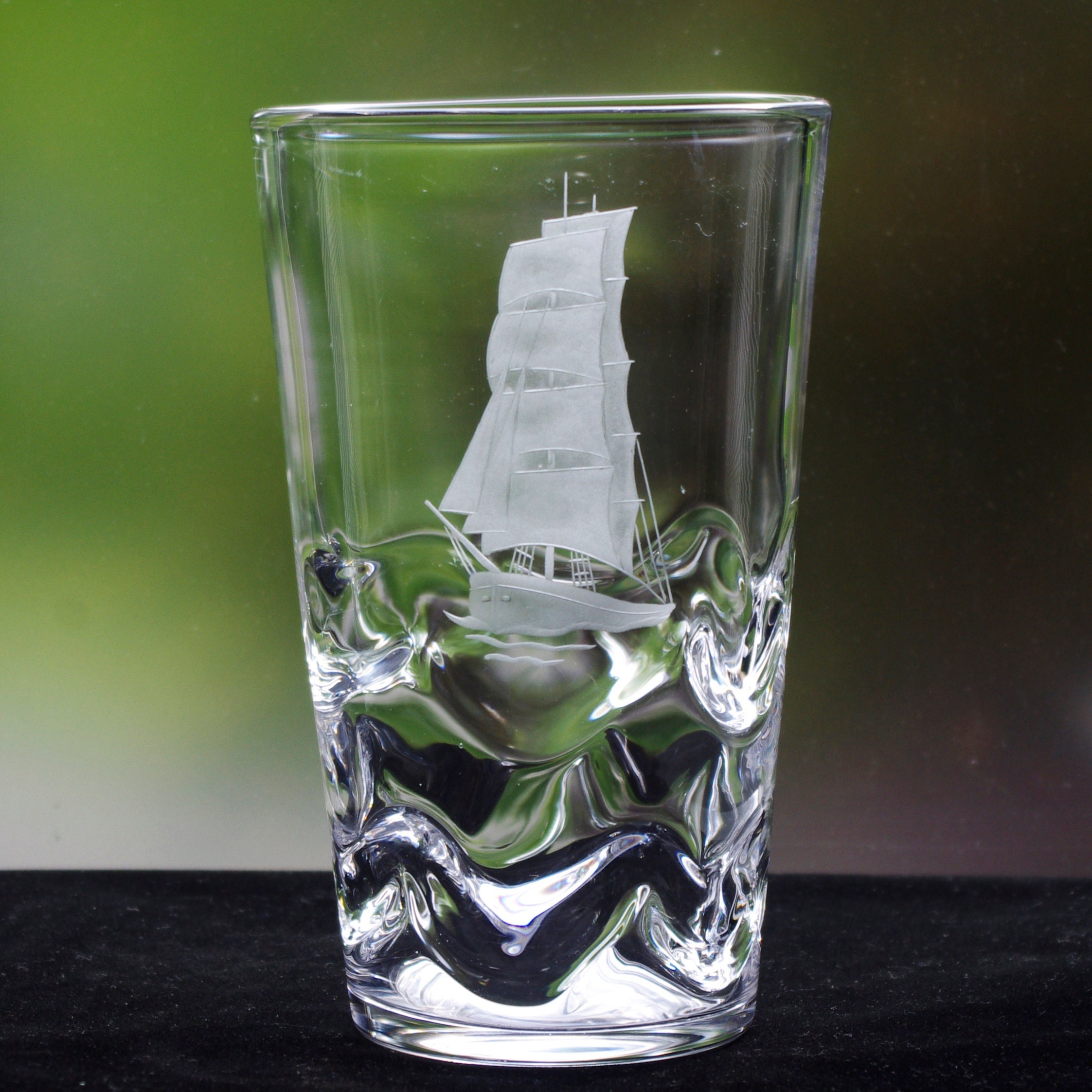 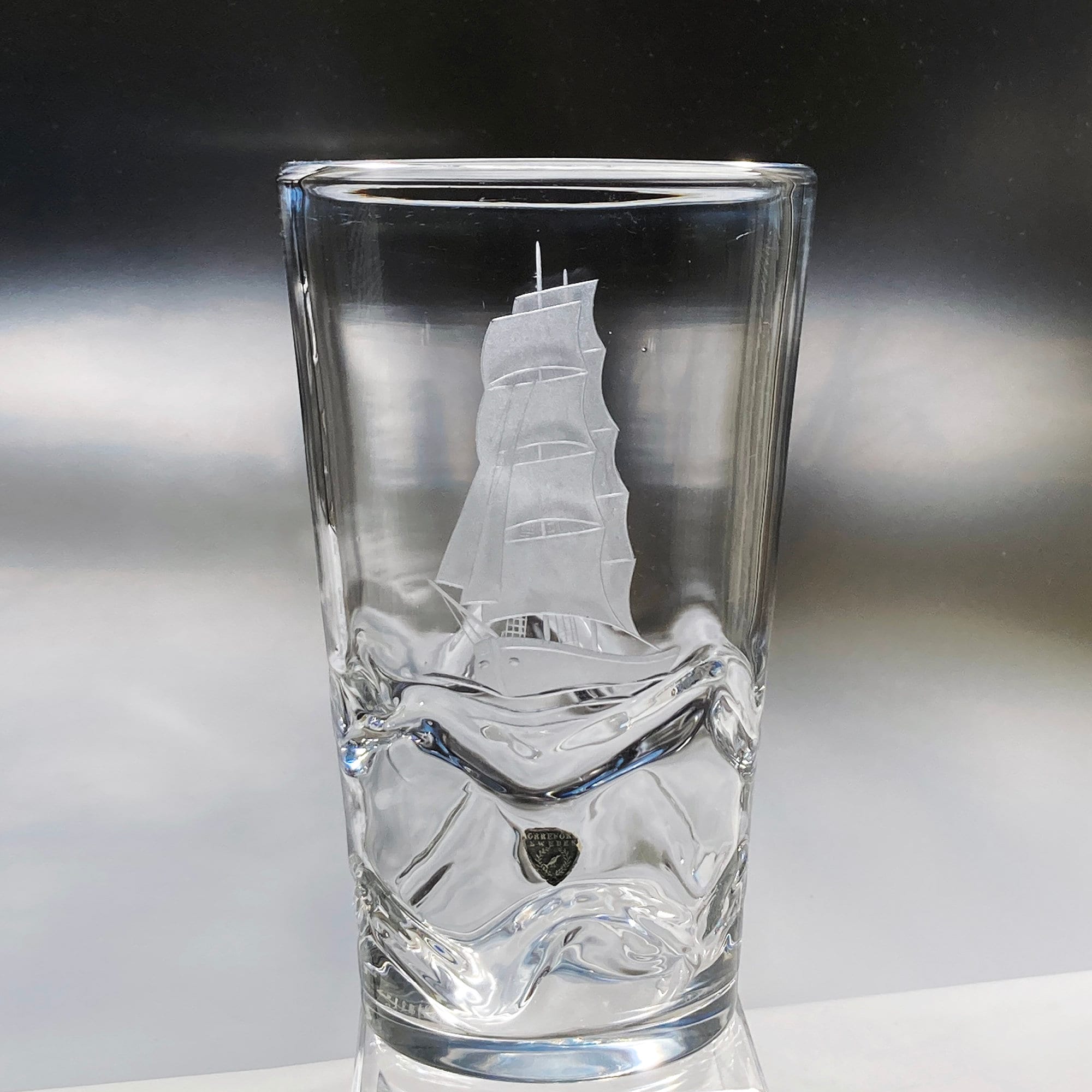 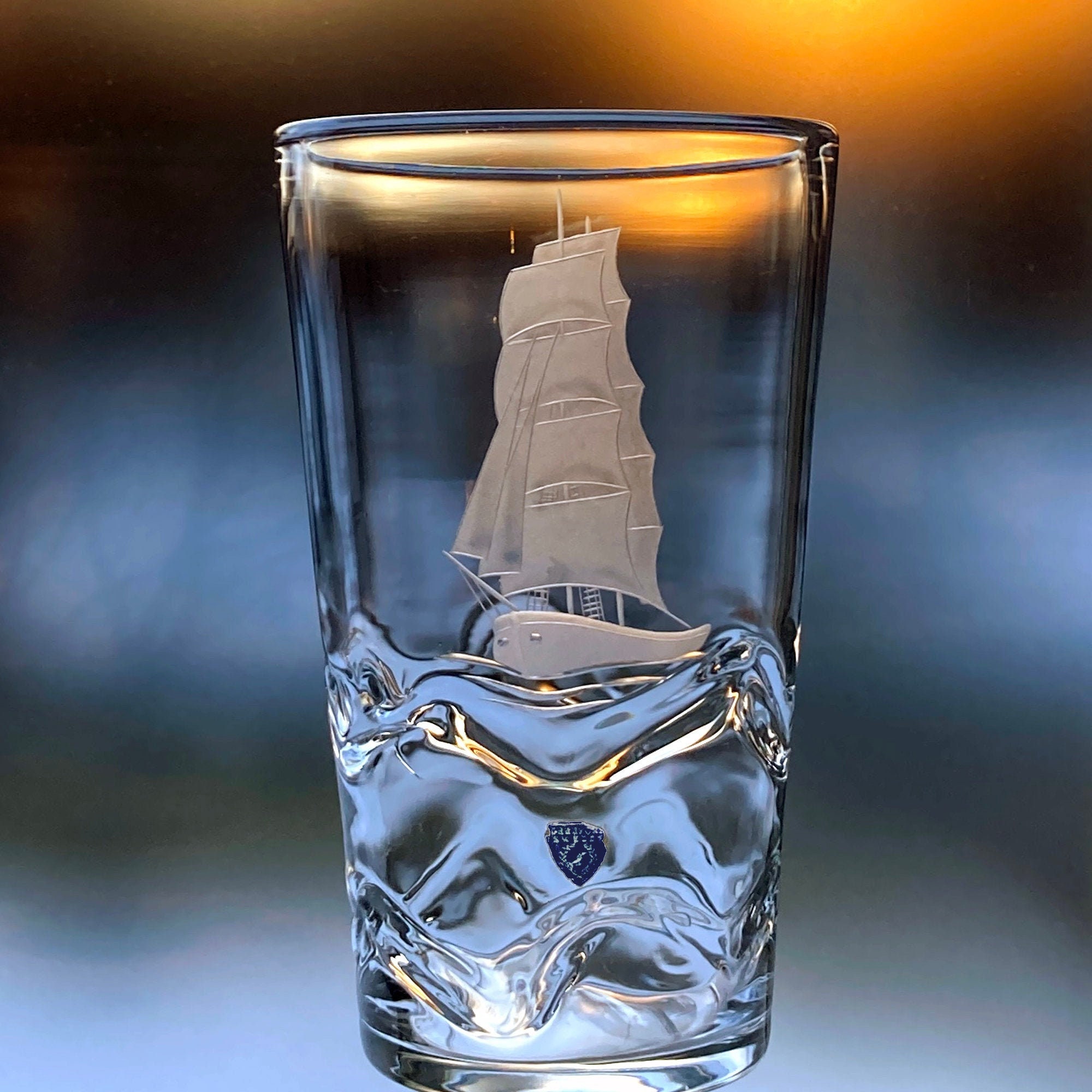 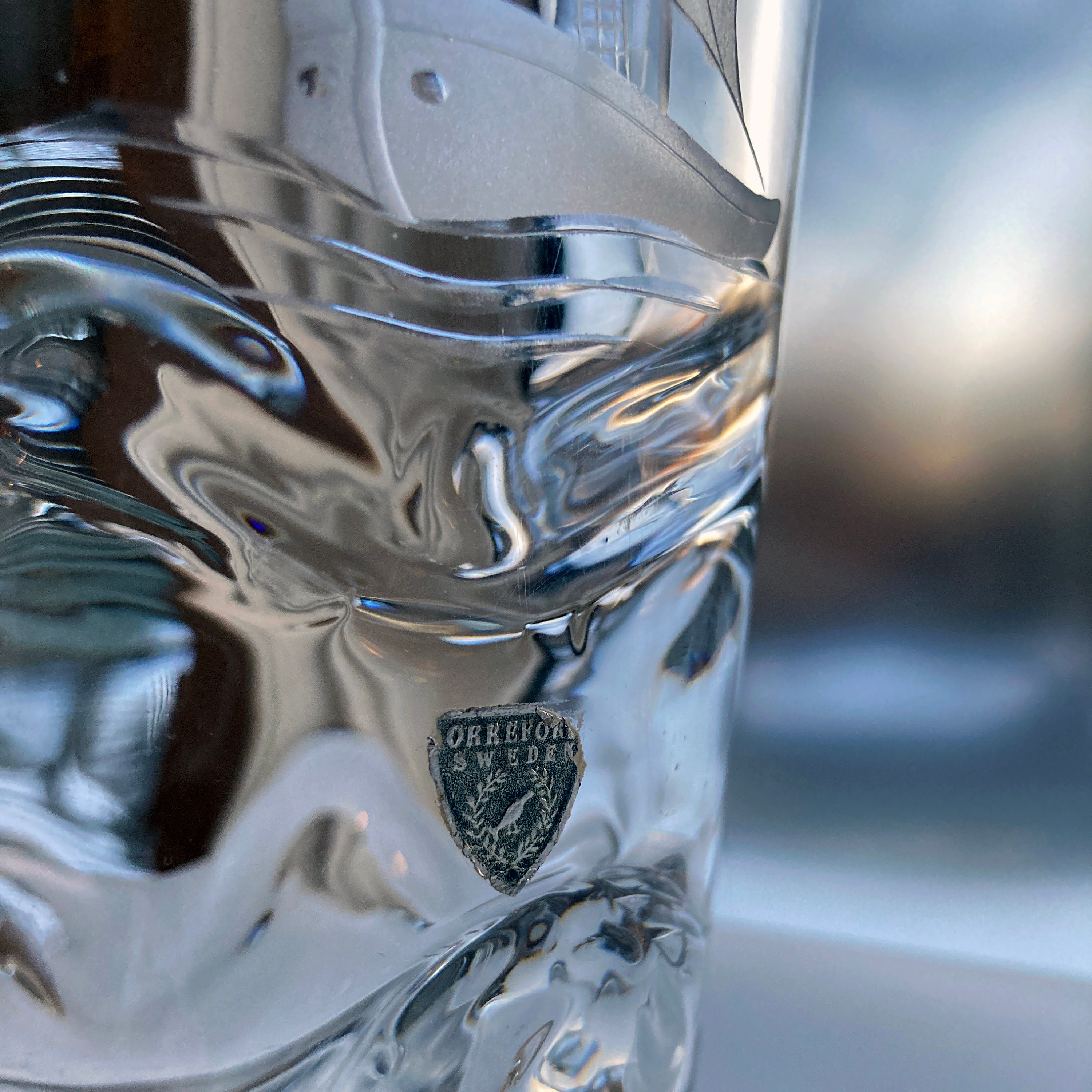 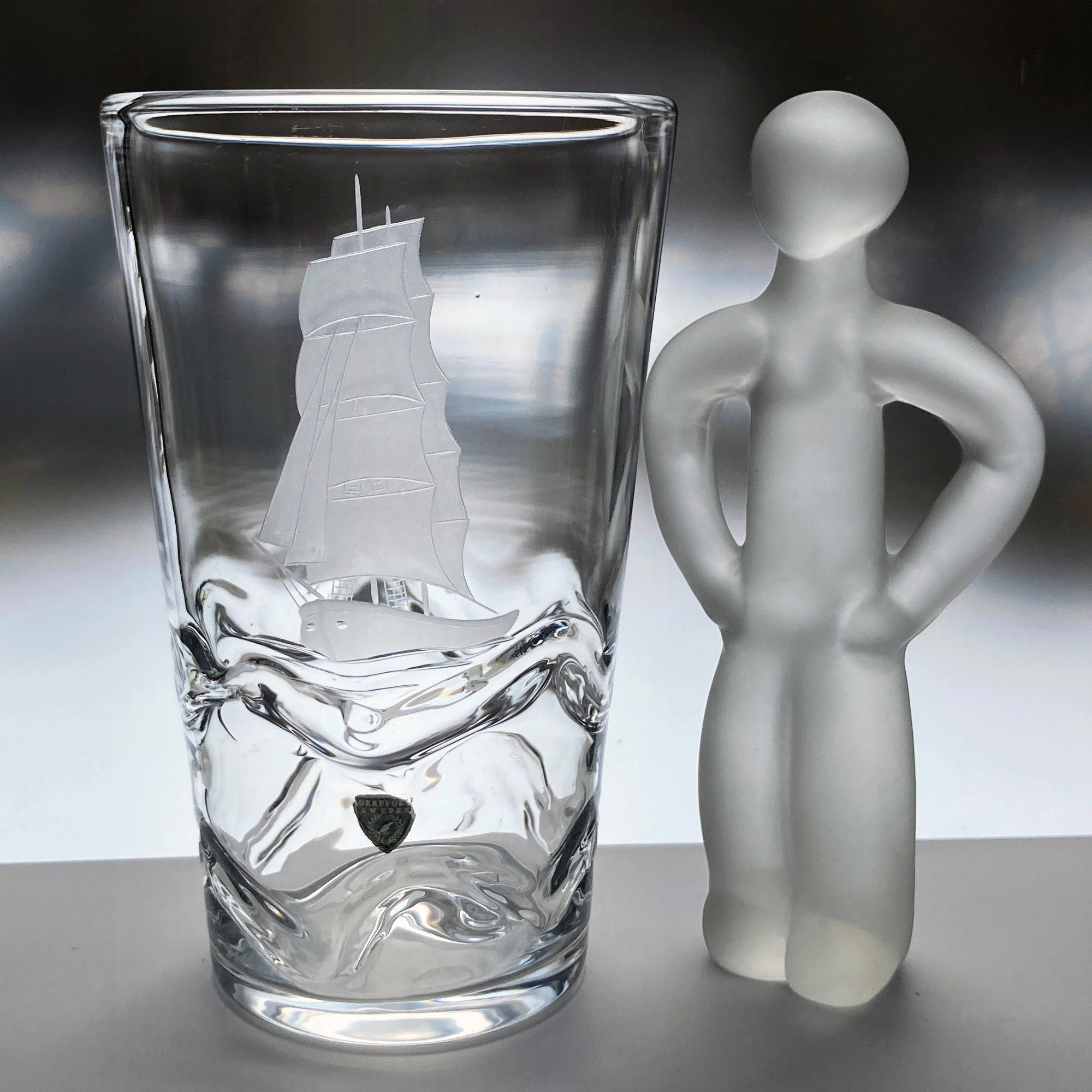 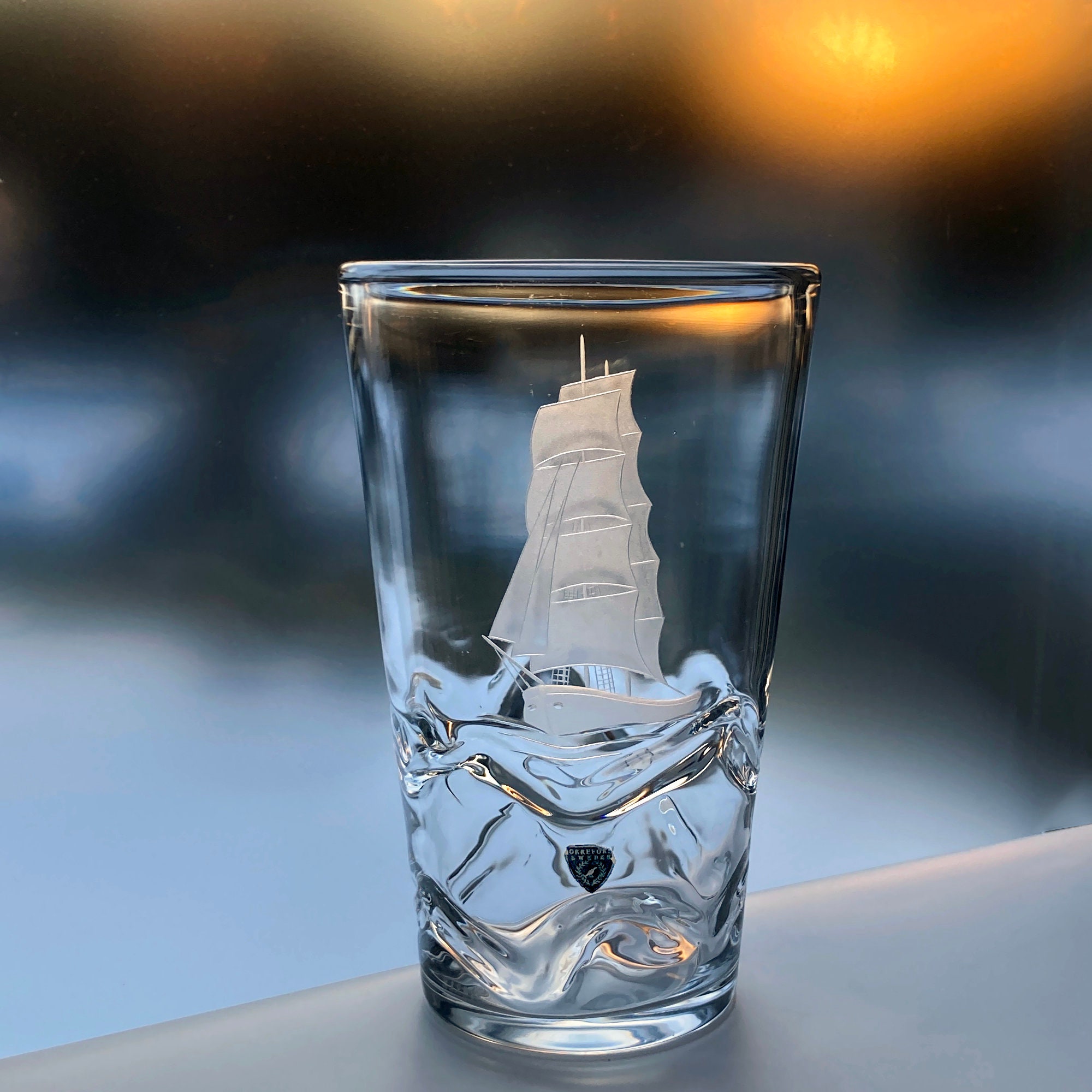 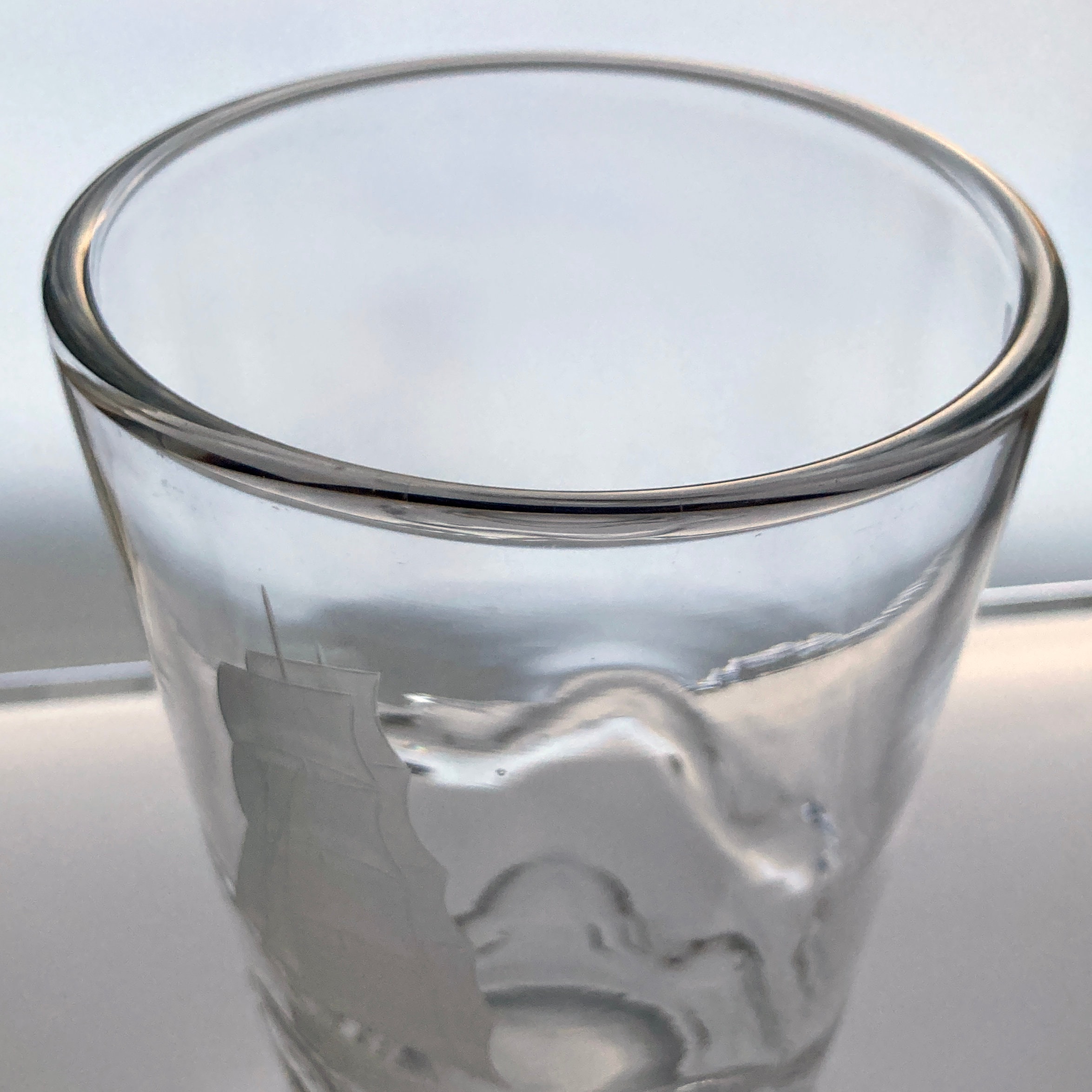 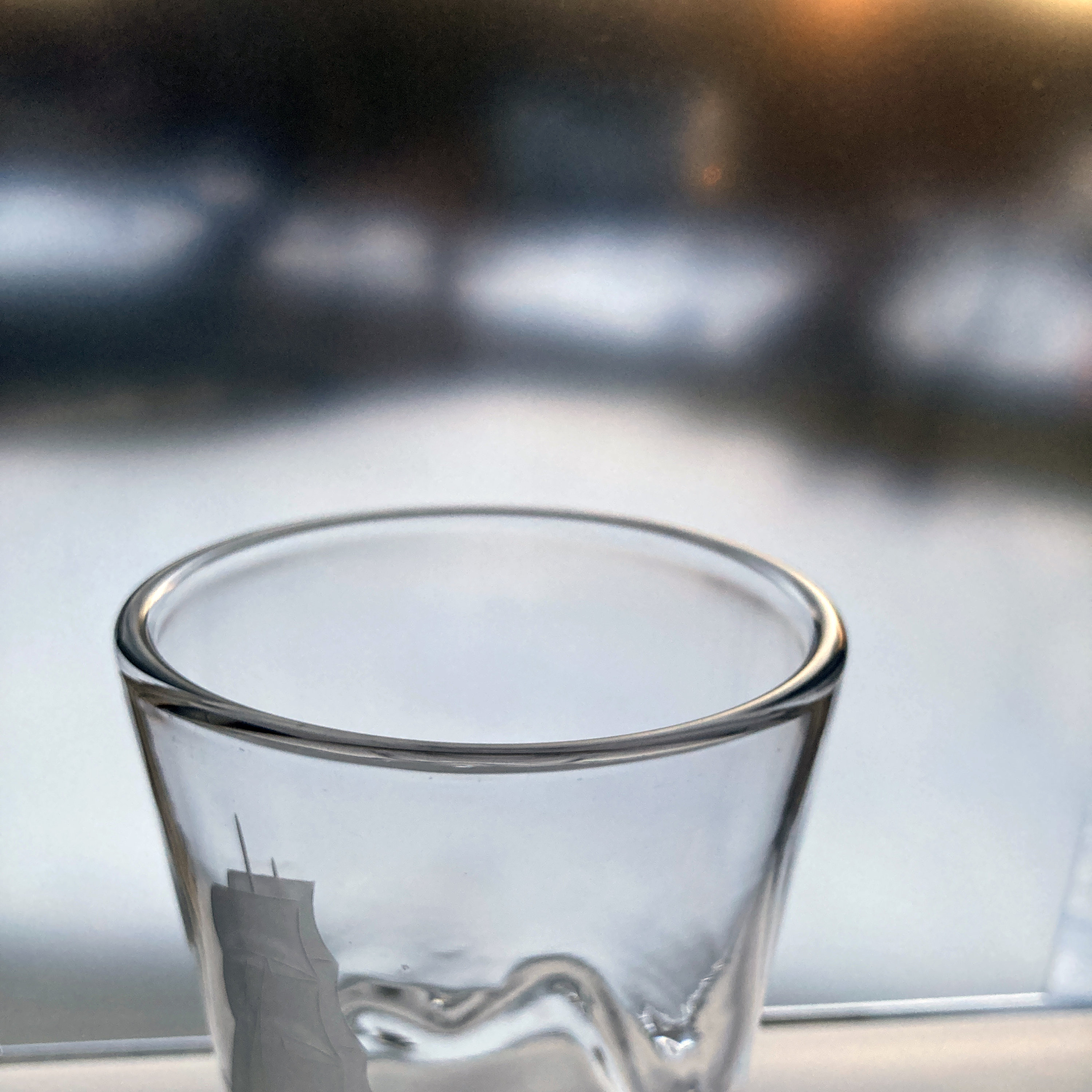 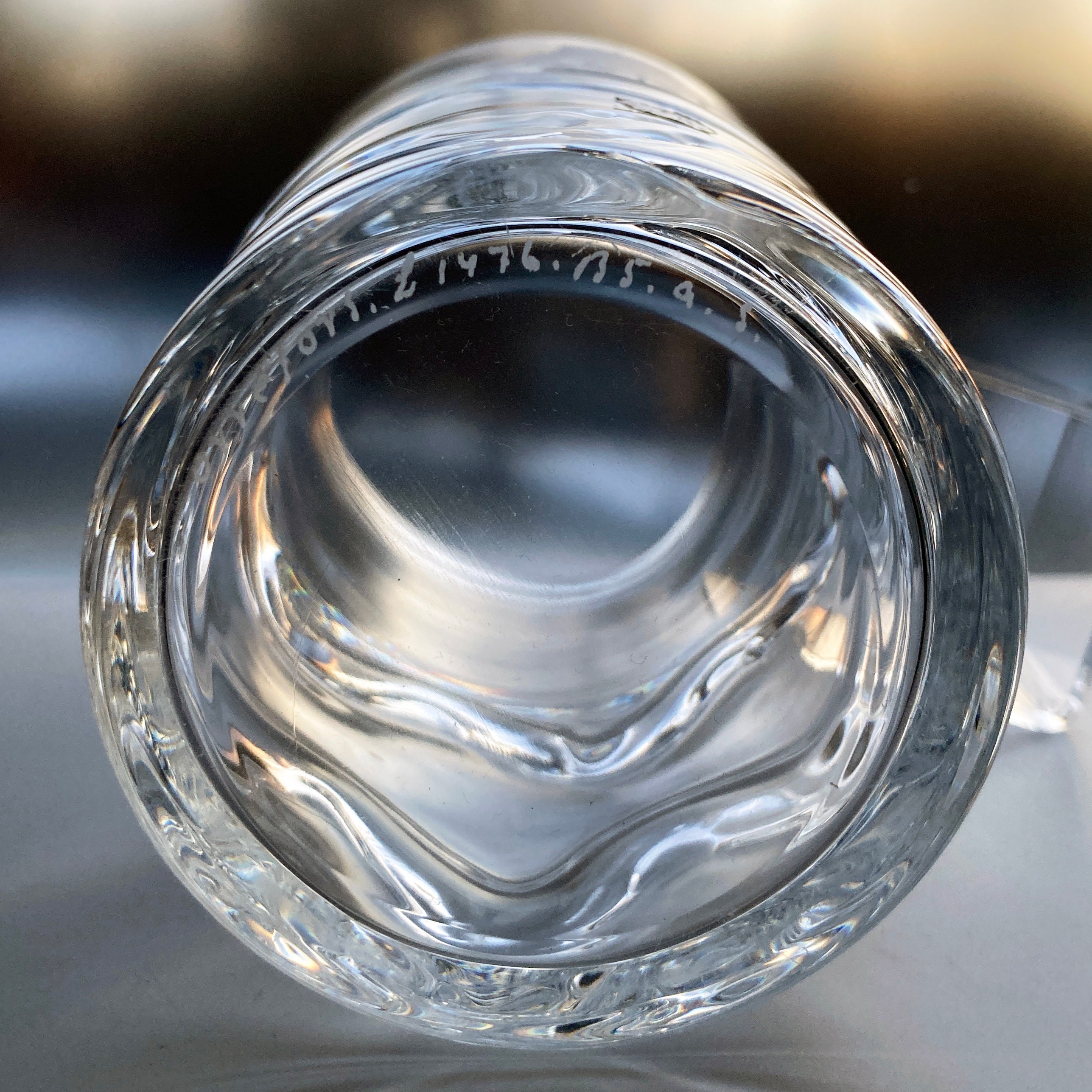 Designed by Vicke (Victor Emanuel) Lindstrand in 1937, this heavy, round vase is hand blown and and copper-wheel engraved. The glass is manipulated while hot to create ripples in it, giving the impression of water. It is about 7.5 inches tall and 4.5 inches in diameter, and it weighs 2.25 pounds. This particular piece was made in 1948, and Anders Svensson was the engraver.