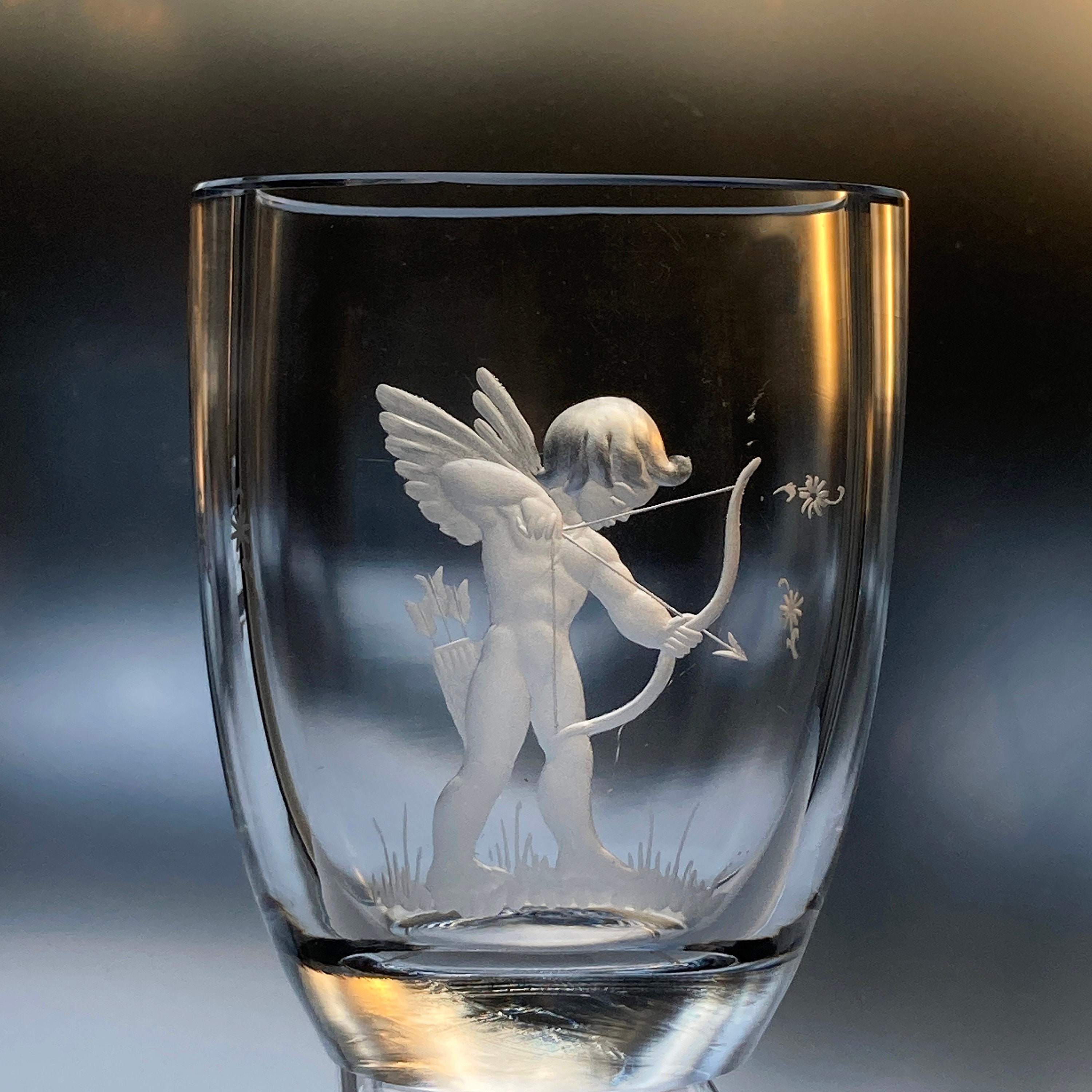 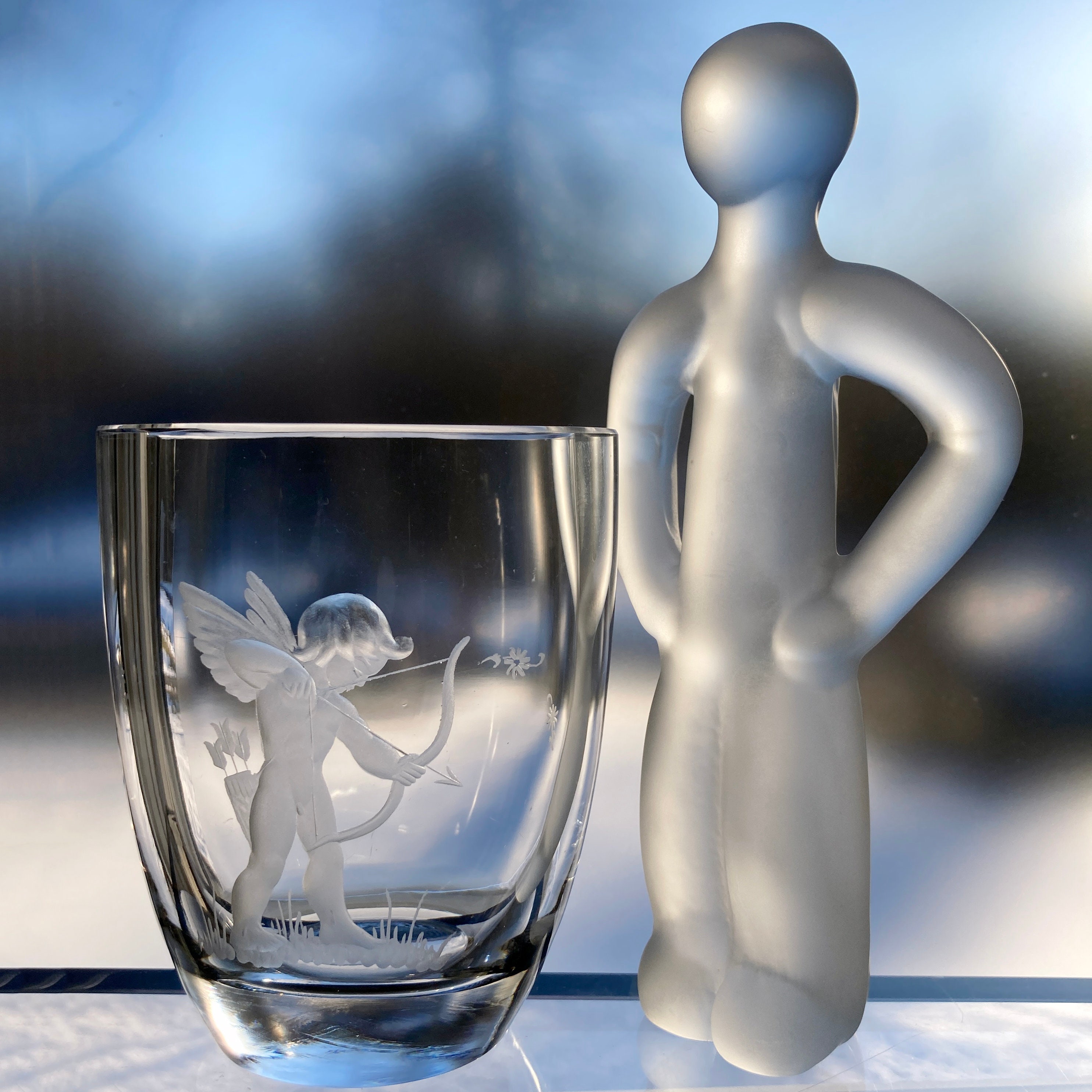 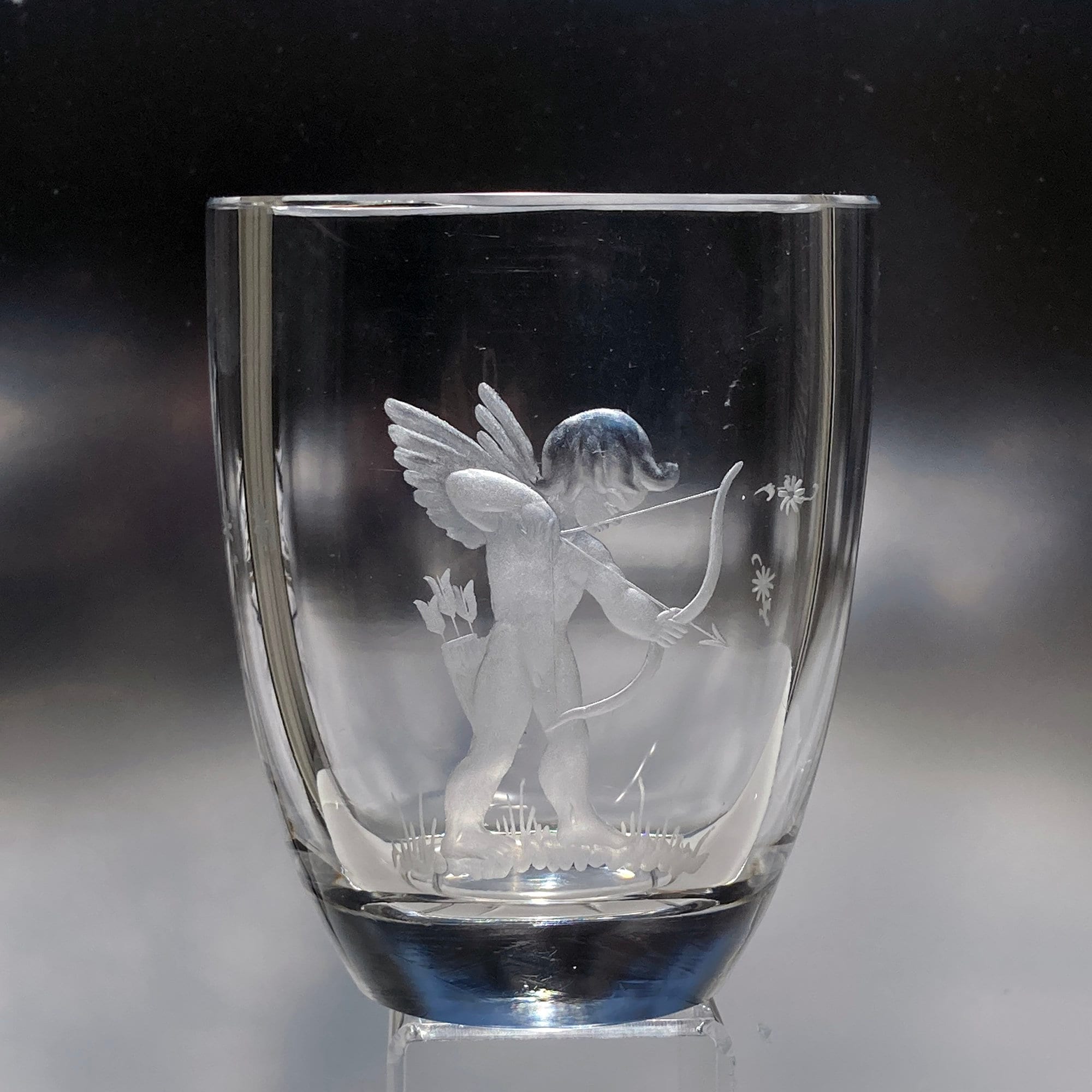 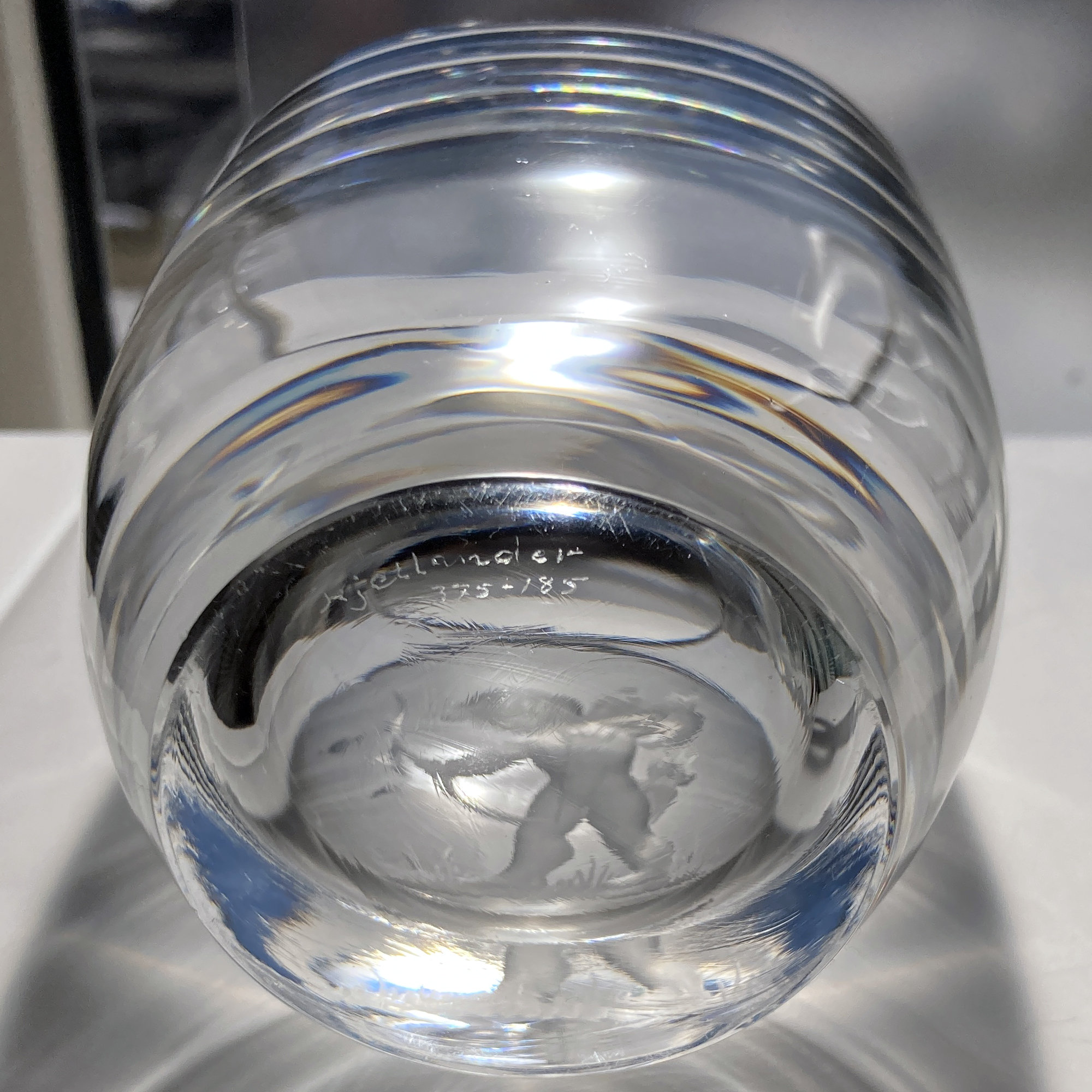 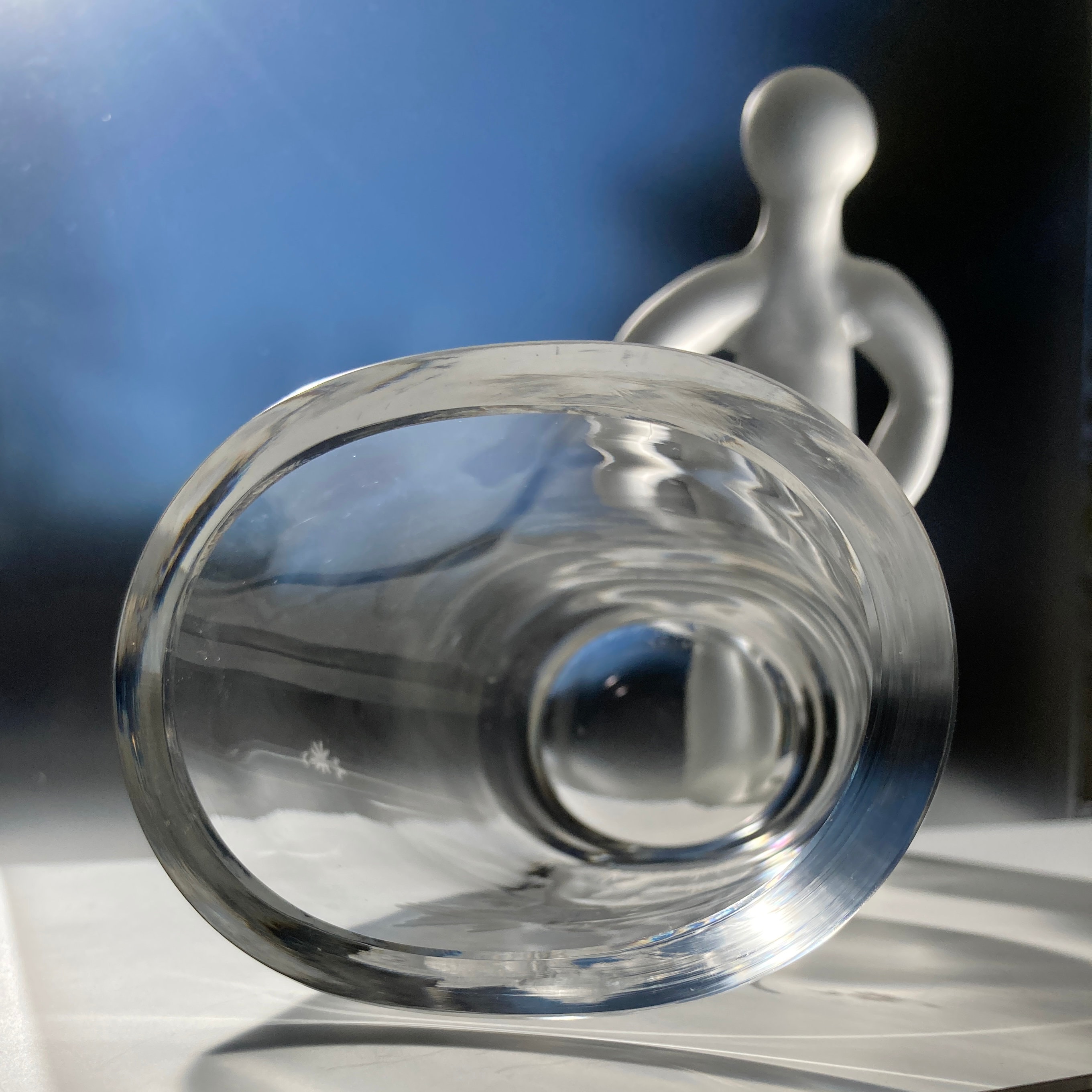 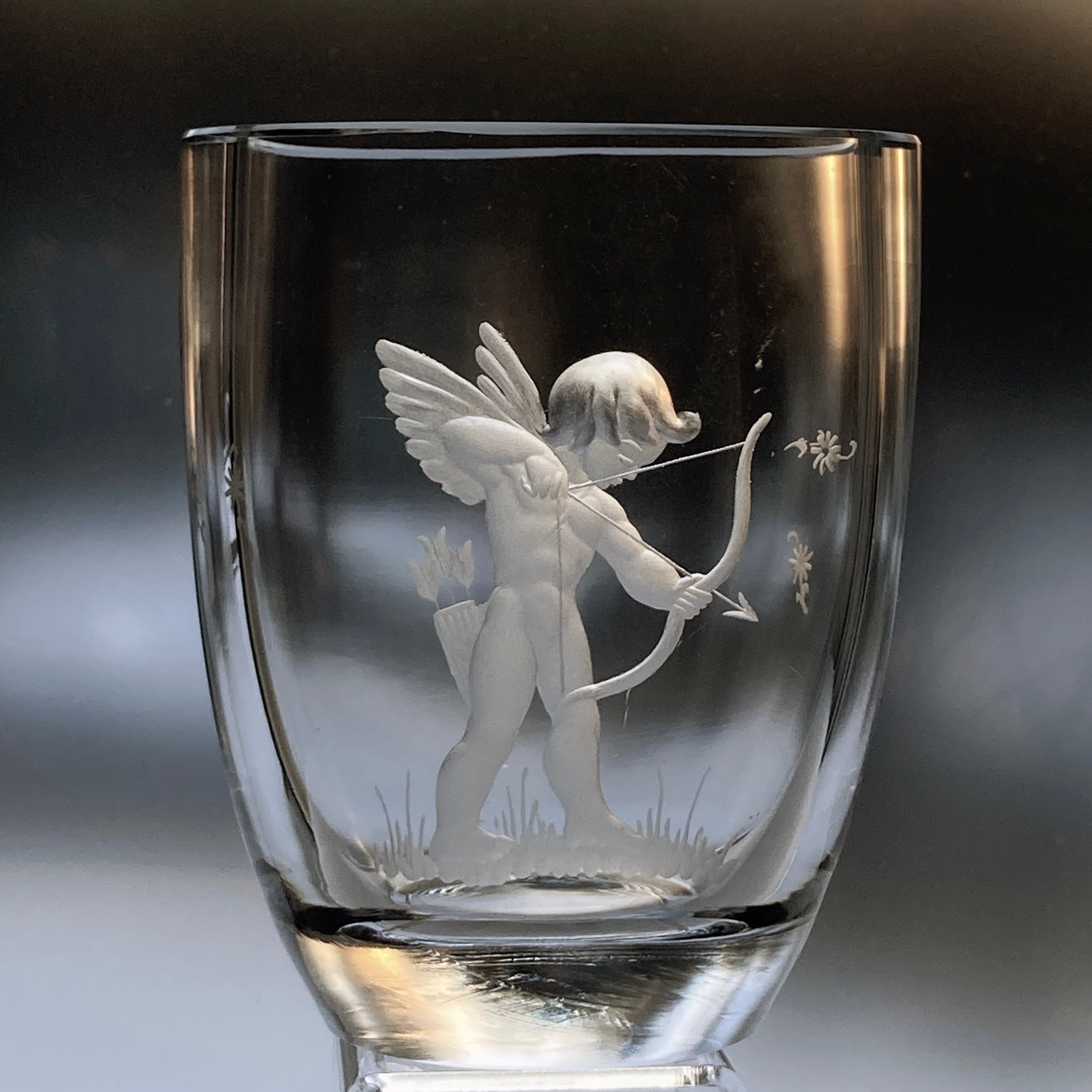 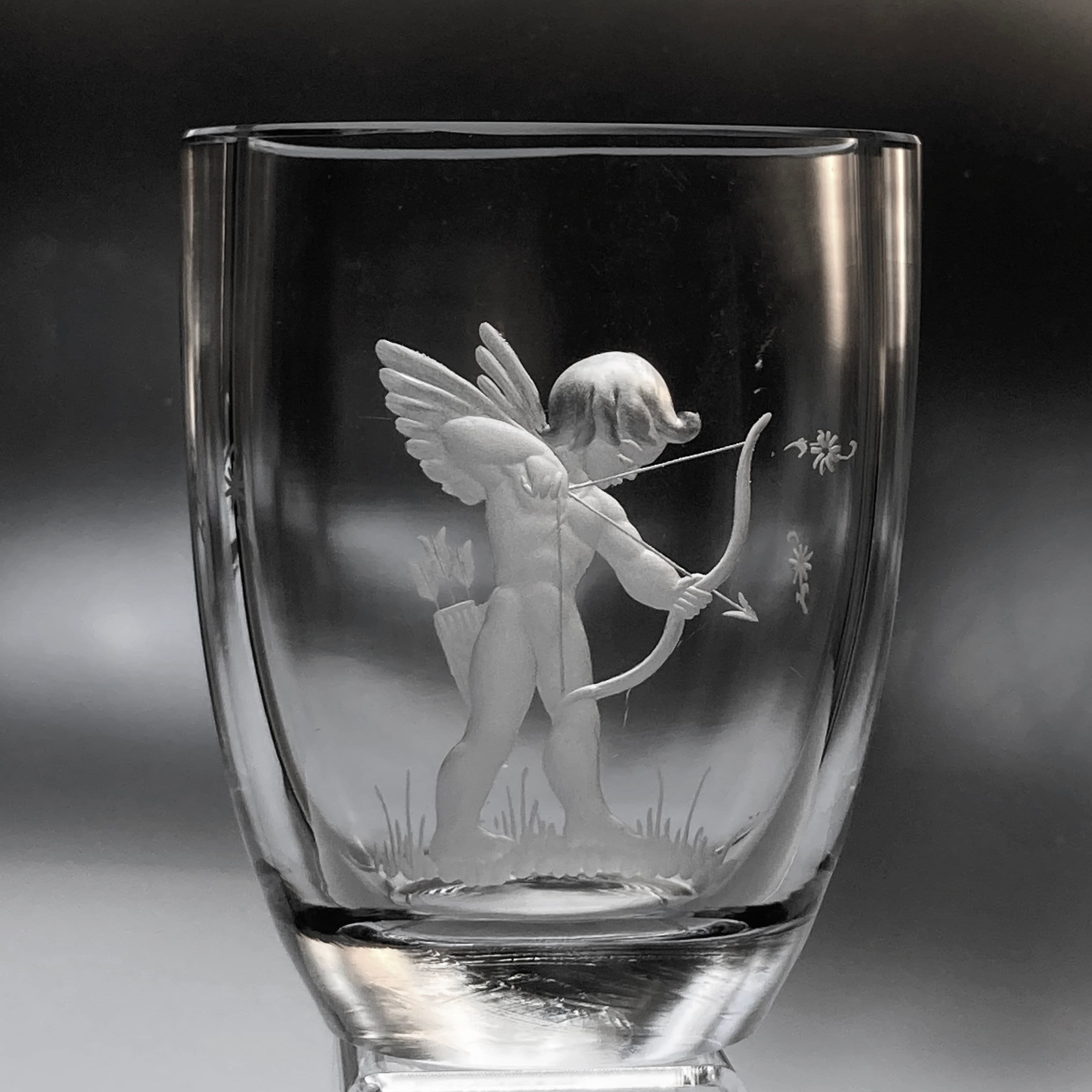 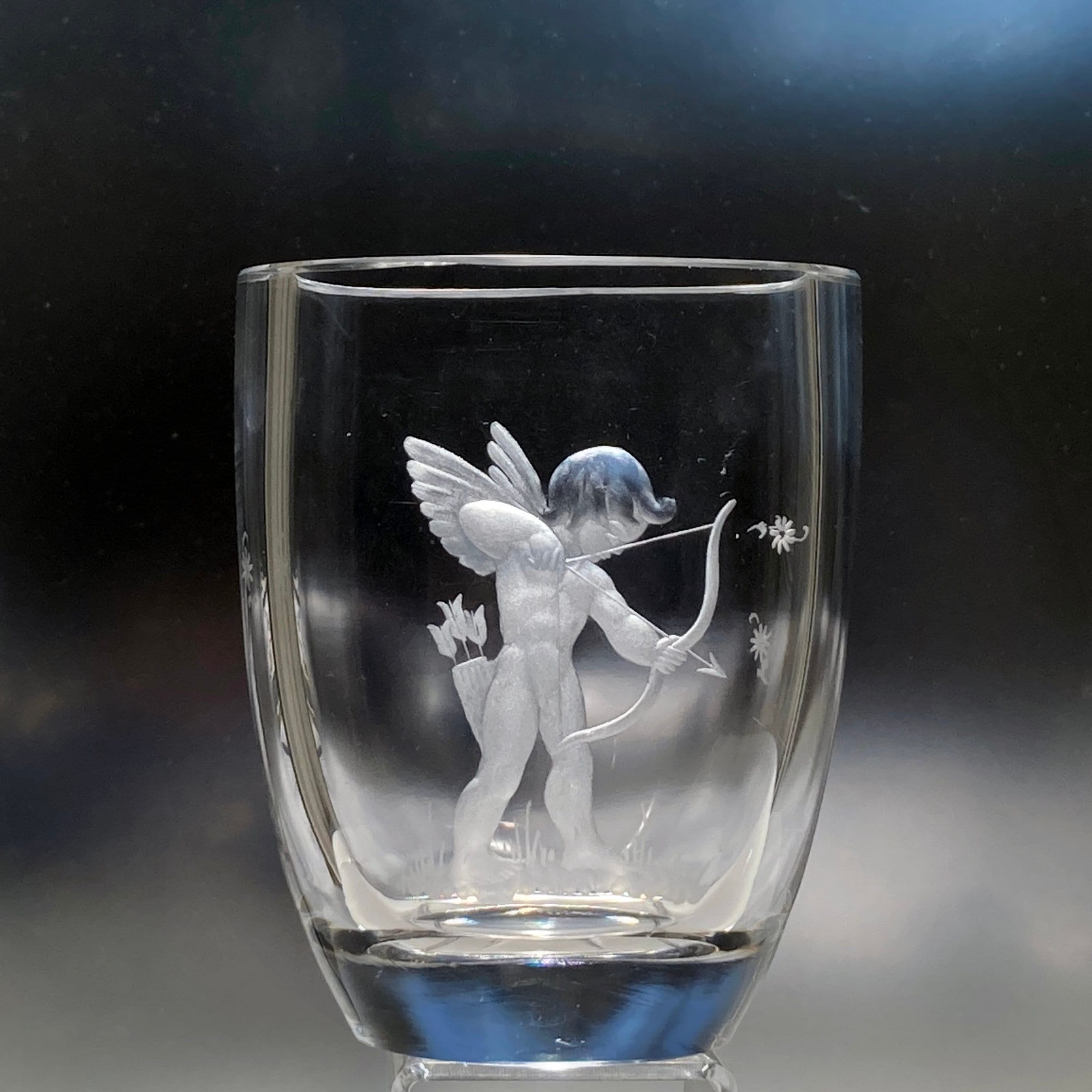 This charming vase is the work of the master engravers, Nils and Åke Kjellander, in Vetlanda, Sweden. Designed in the 1940s, it was probably made in the 1960s. There are no chips and no milky fog in the glass, and the copper-wheel engraved image captures your eye so well that any tiny scratches don't distract. The vase is small, 5.25" x 3.5" x 4.5", and it weighs 1.6 pounds. It is a lovely little show piece, nothing like what's made today, certain to add a bit of drama and sparkle to a special spot in your home.

Lars Kjellander, born in 1799, was the first Swedish born glass engraver and came to Kosta Glasbruk from Cedersbergs Glasswork in 1825. His son Erik 1830–1916 was a man with many qualifications and ideas. He became master-engraver and foreman in Kosta Glassworks. His four sons were also engaged there and they became skilled engravers, but unfortunately, three passed away at young age. Lars Johan Kjellander 1868–1931, began life at Kosta as an apprentice to his father, Erik, at the age of 15 and soon became a clever artist and skilled engraver.

Despite of the war 1914–1918, Kosta continued to export glassware to U.S.A, and much of it was the design and work of Lars Kjellander. Lars seldom signed his work and if he did, it was simply marked LK. In 1924, Lars and his two sons, Åke, 1903–1989 and Nils, 1907–1991, decided to start their own business, and they opened an engraving workshop in Vetlanda, known as Kjellandrarnas Verkstad (workshop). From 1925, engraved crystal from the Kjellanders in Vetlanda was soon in great demand in many parts of the world, vases, bowls, wine glasses, etc. Åke and Nils, the fourth generation of the family of glass-engravers, continued their work until 1983. (Source: Eleonor Kjellander-Johannisson, Djursholm, daughter of Åke Kjellander)