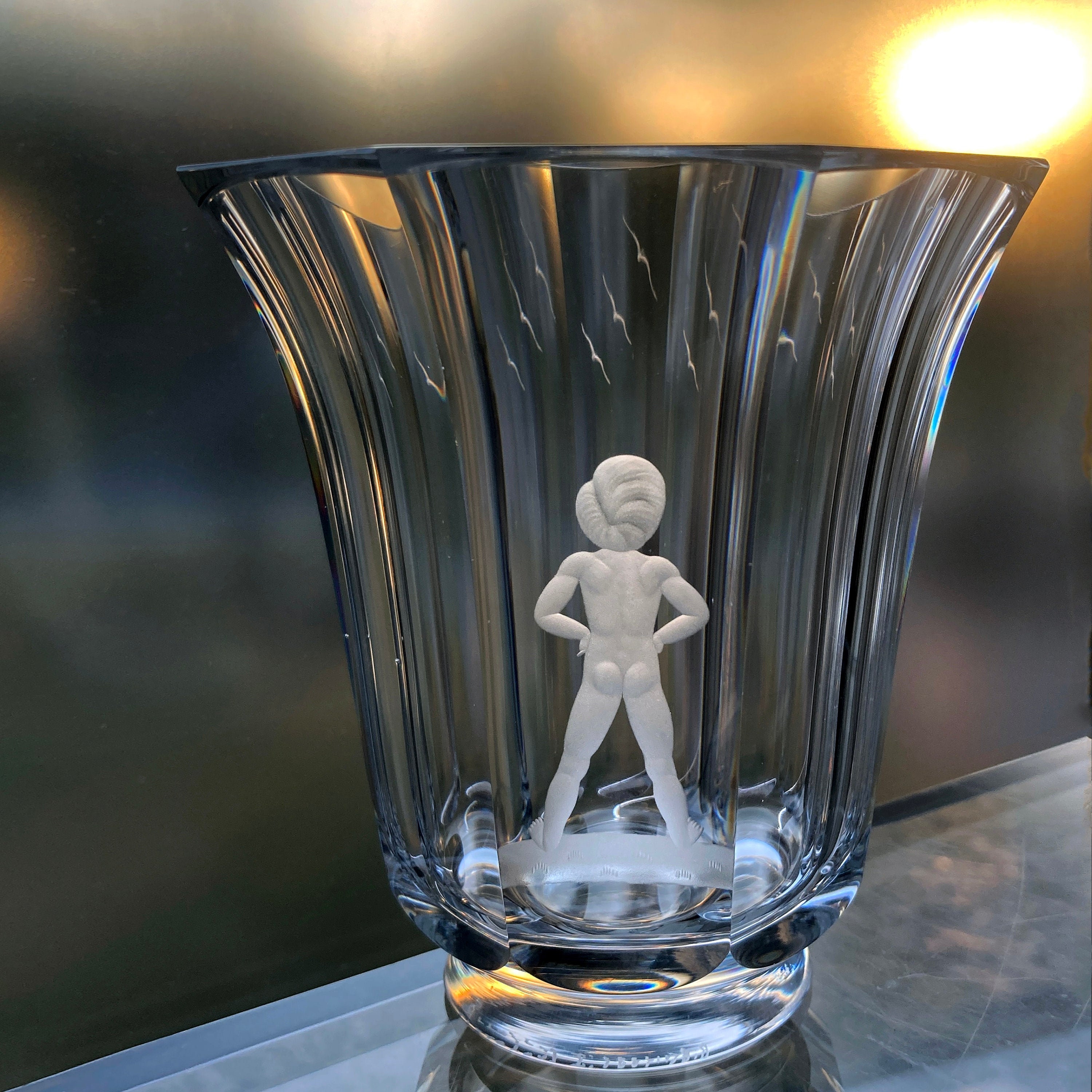 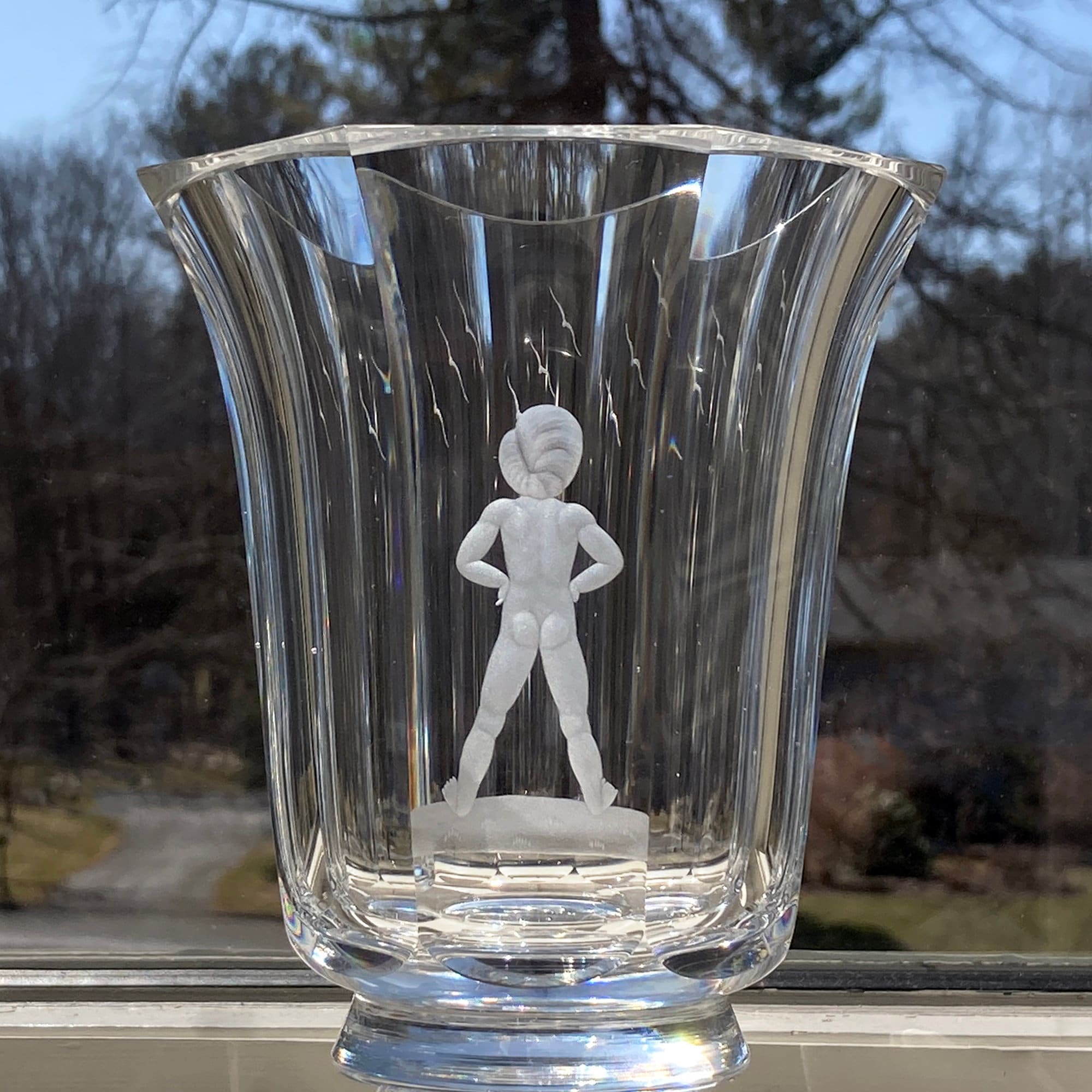 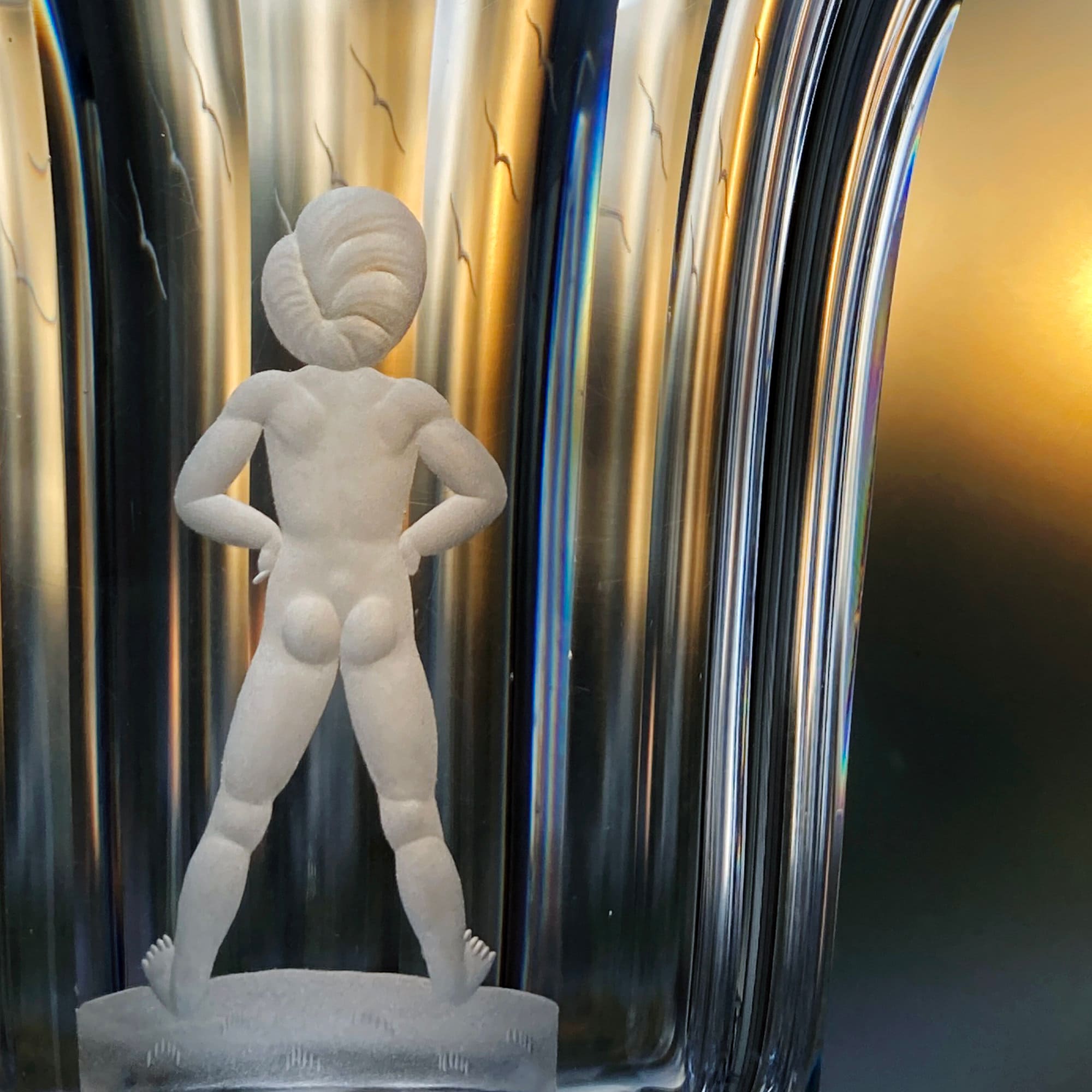 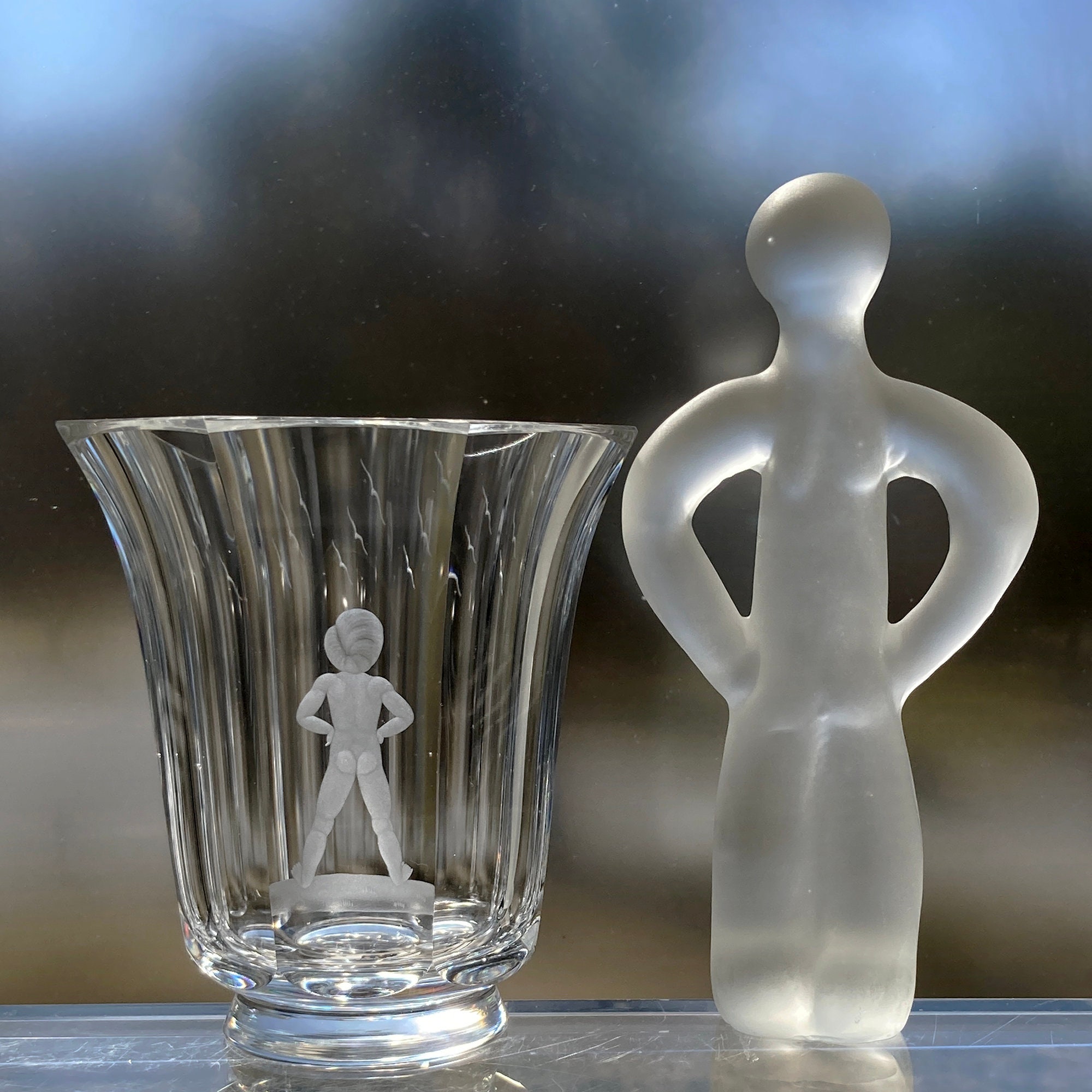 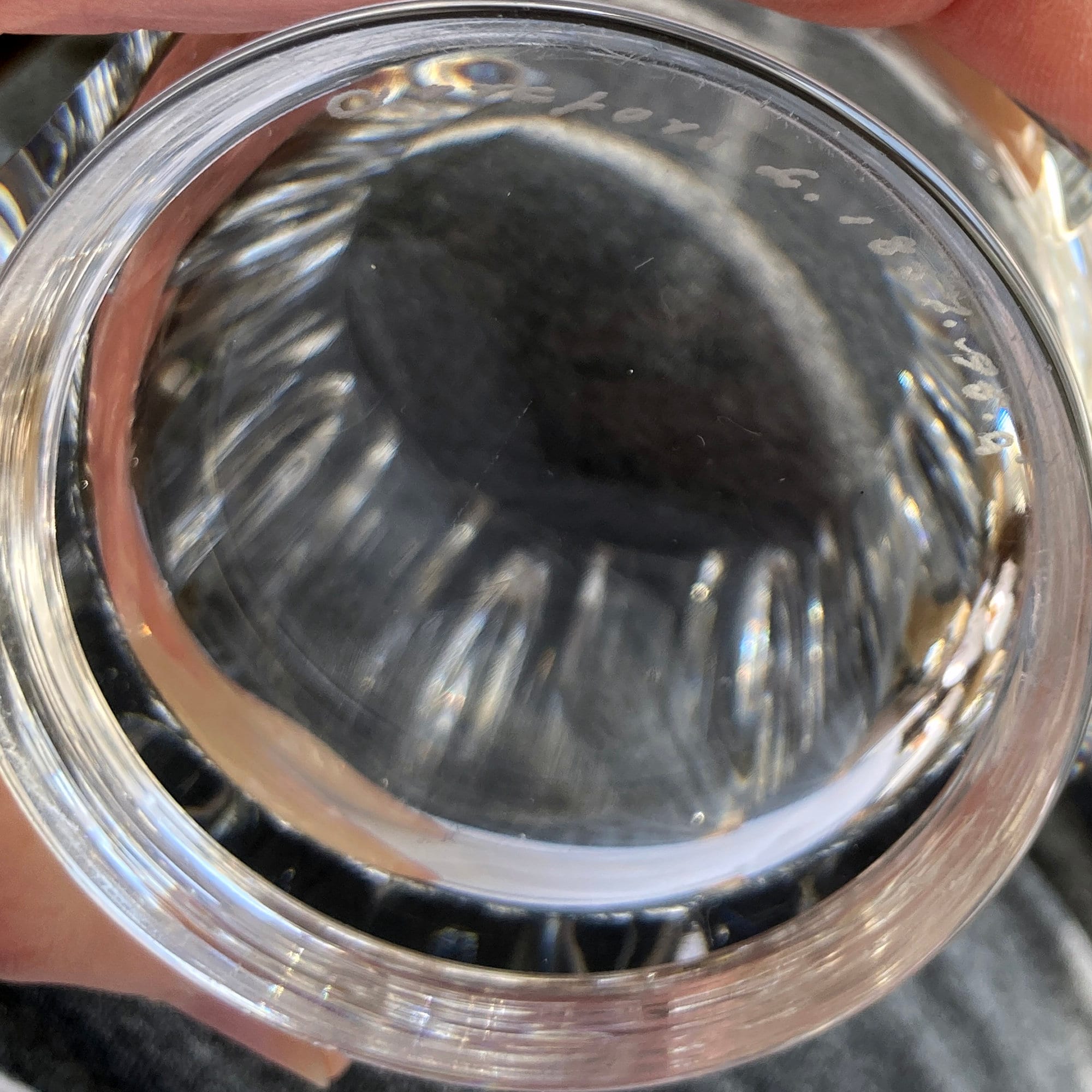 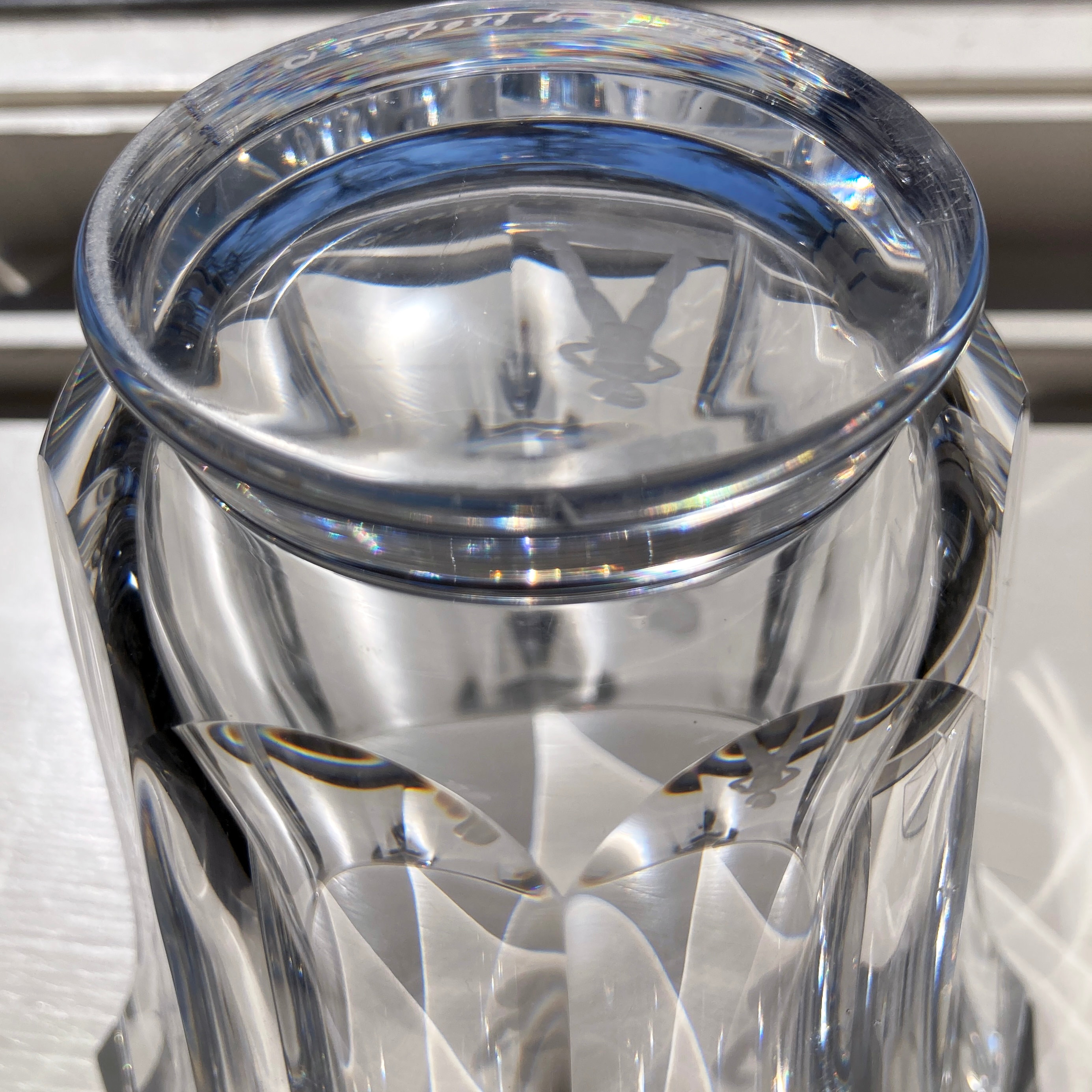 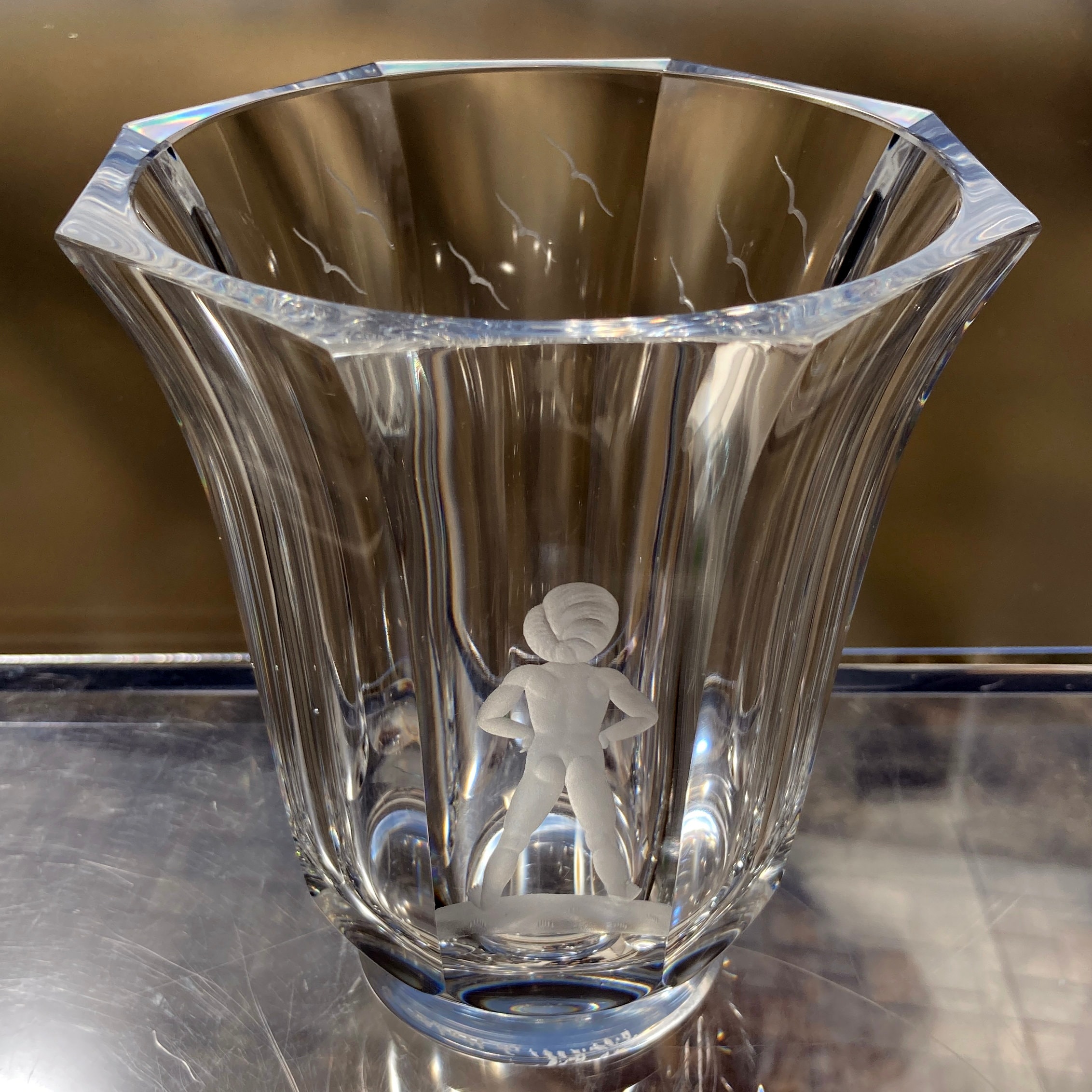 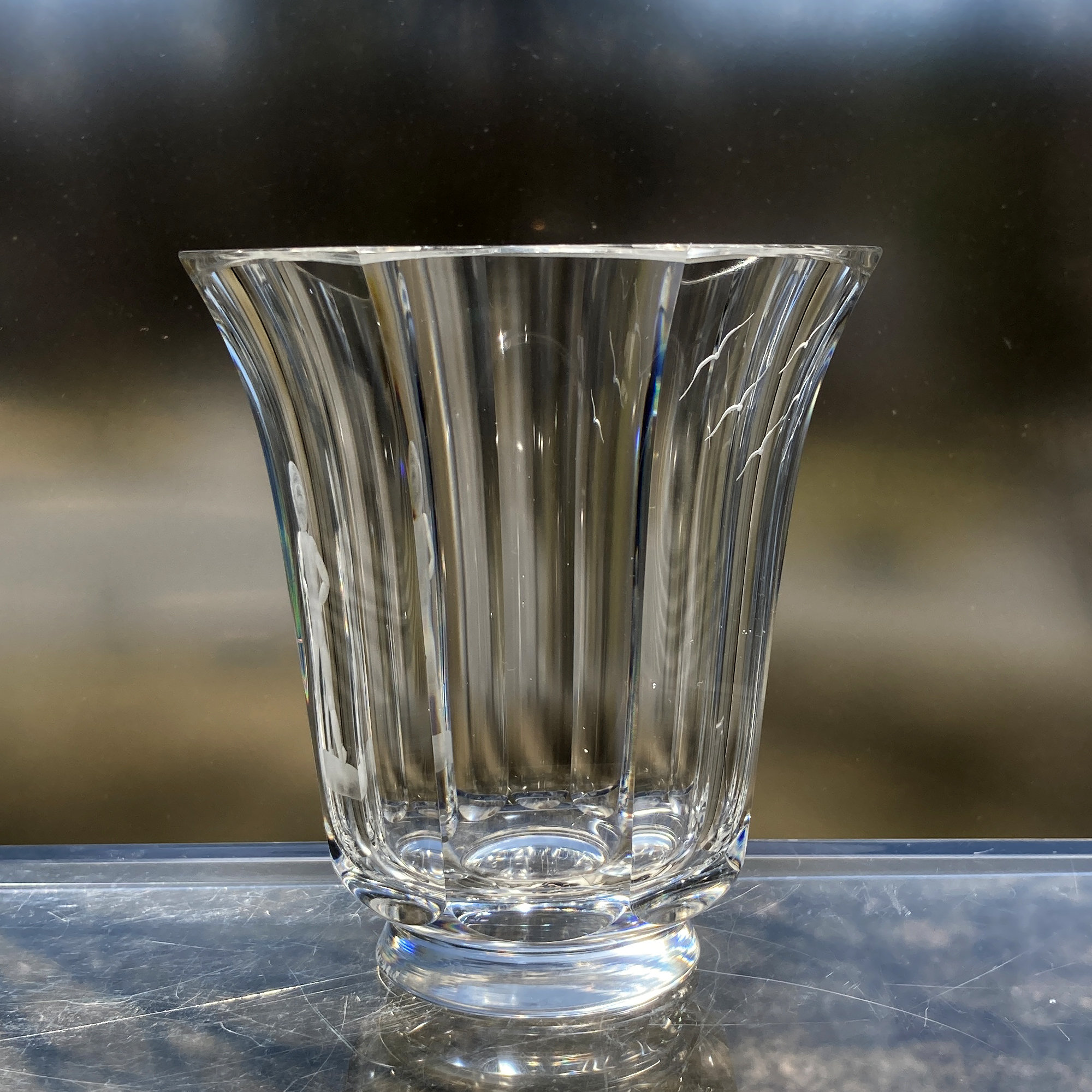 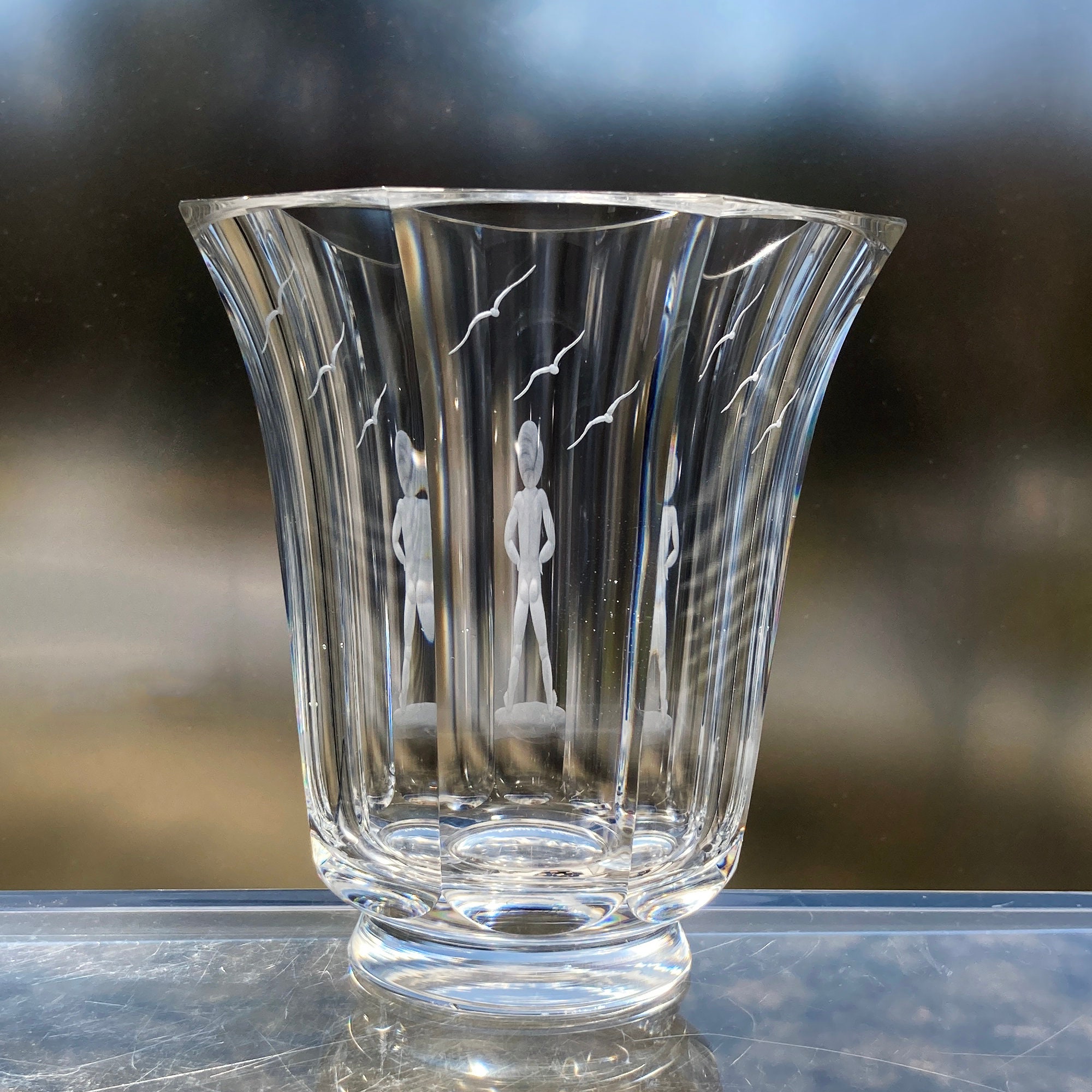 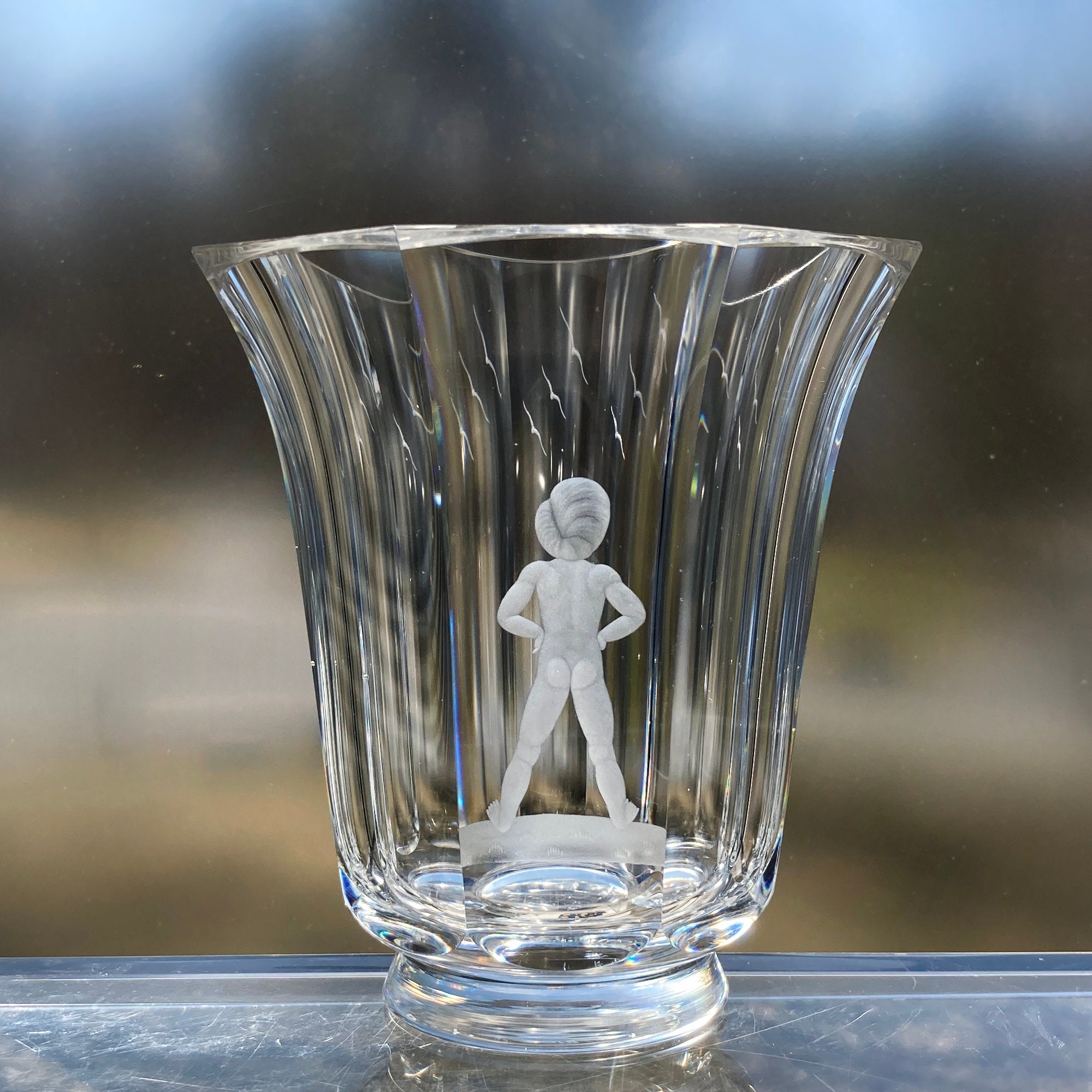 Designed by Vicke (Victor Emanuel) Lindstrand in 1935, this planed and flared vase is hand blown and and copper-wheel engraved. It is about 6 inches tall and 5.5 inches in diameter, and it weighs 2 pounds.