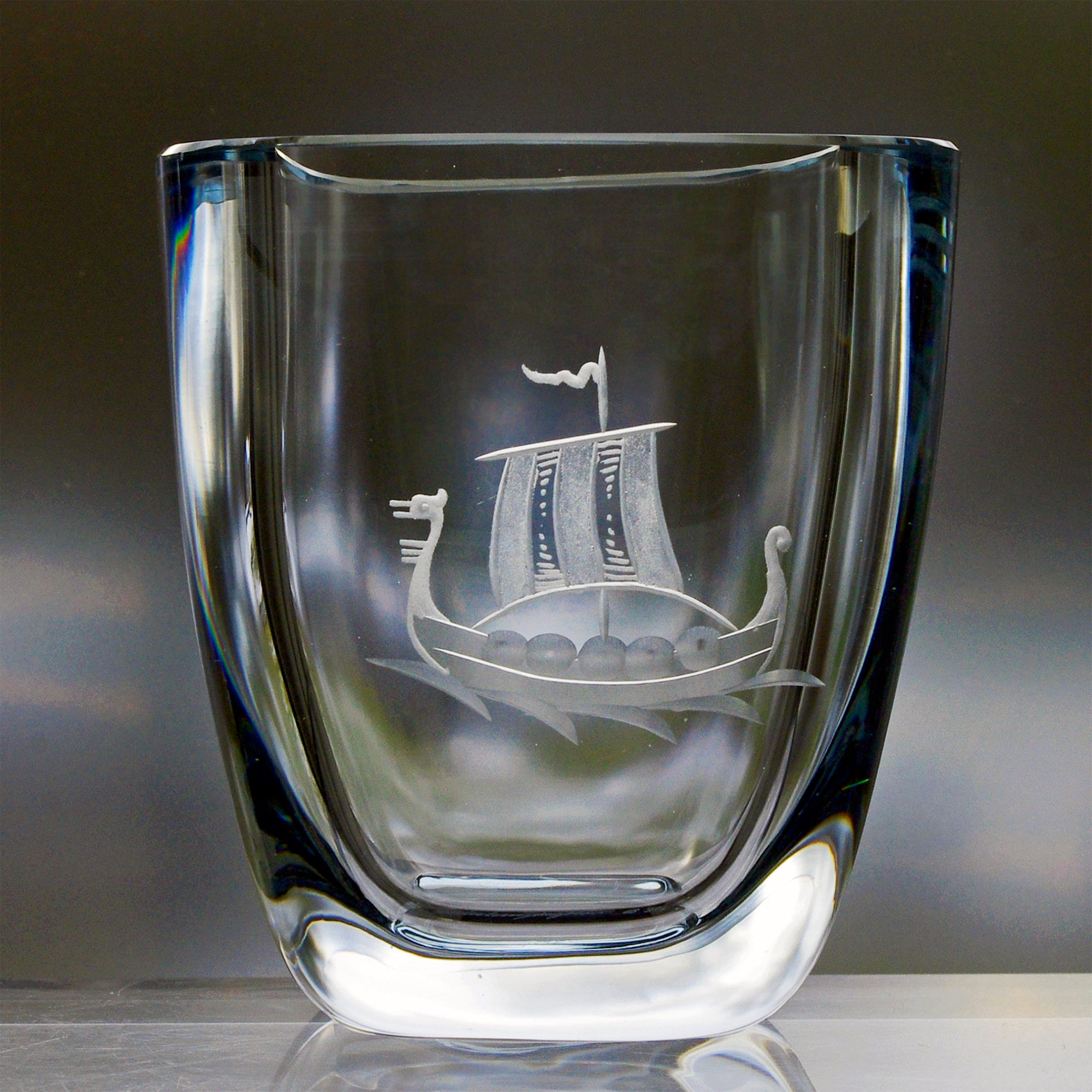 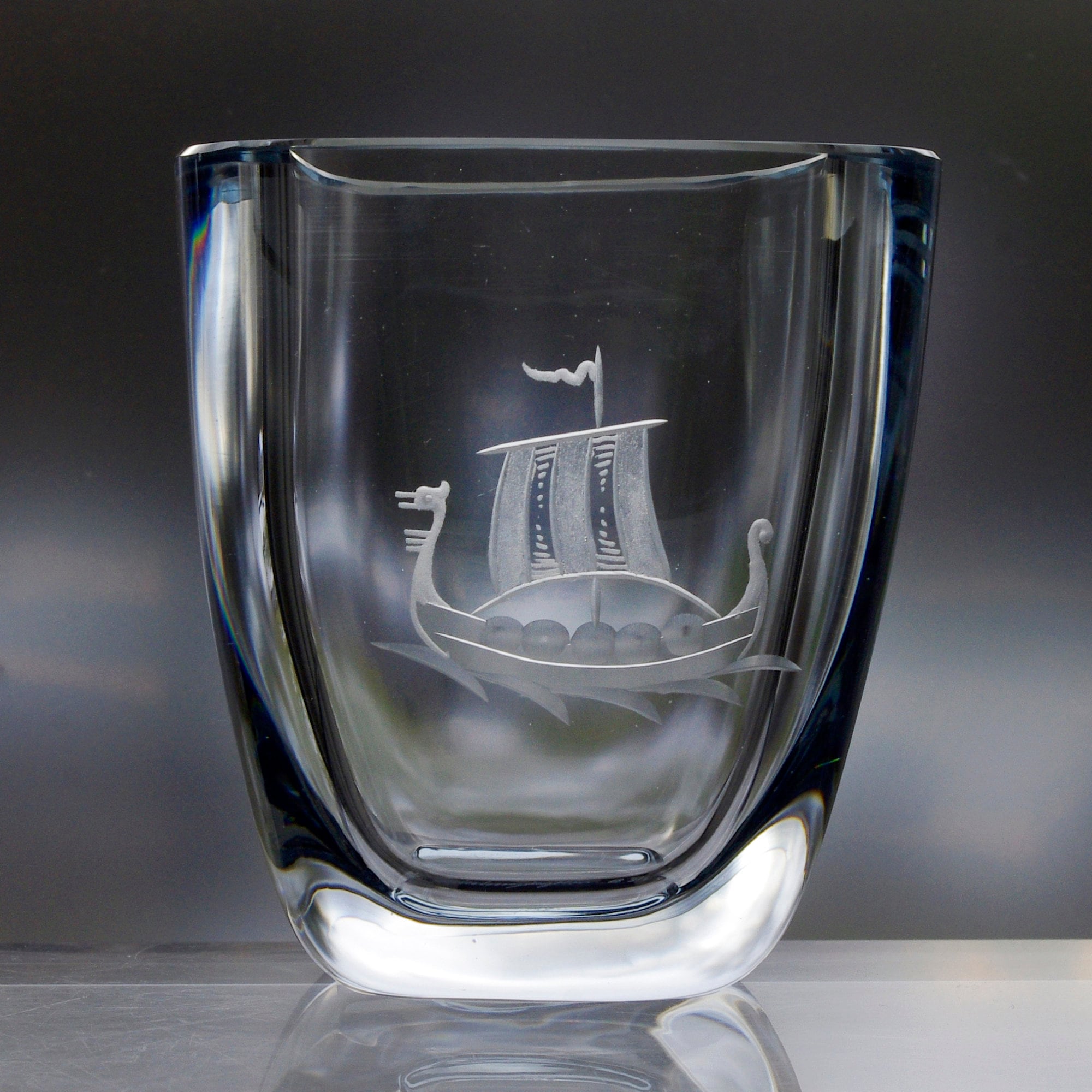 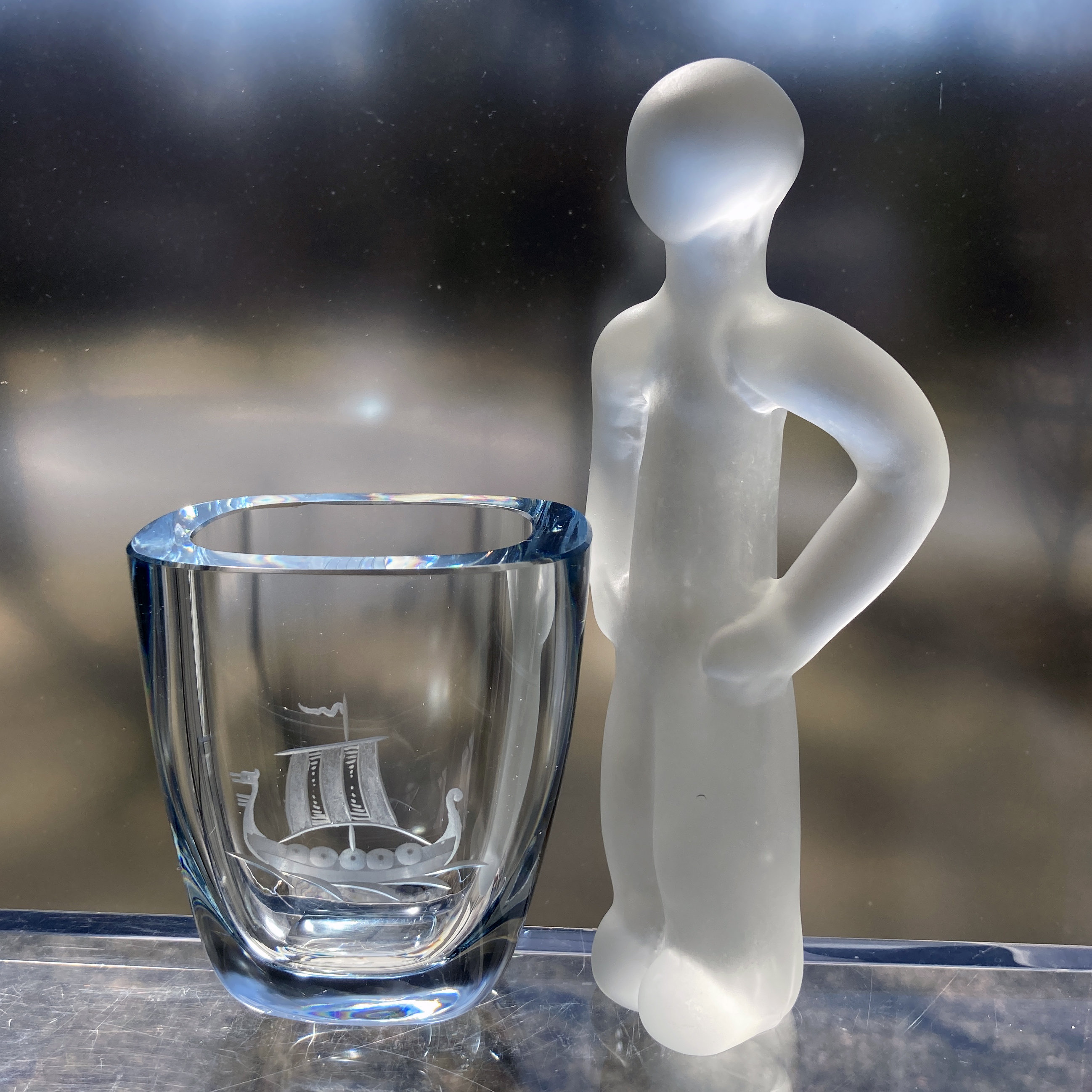 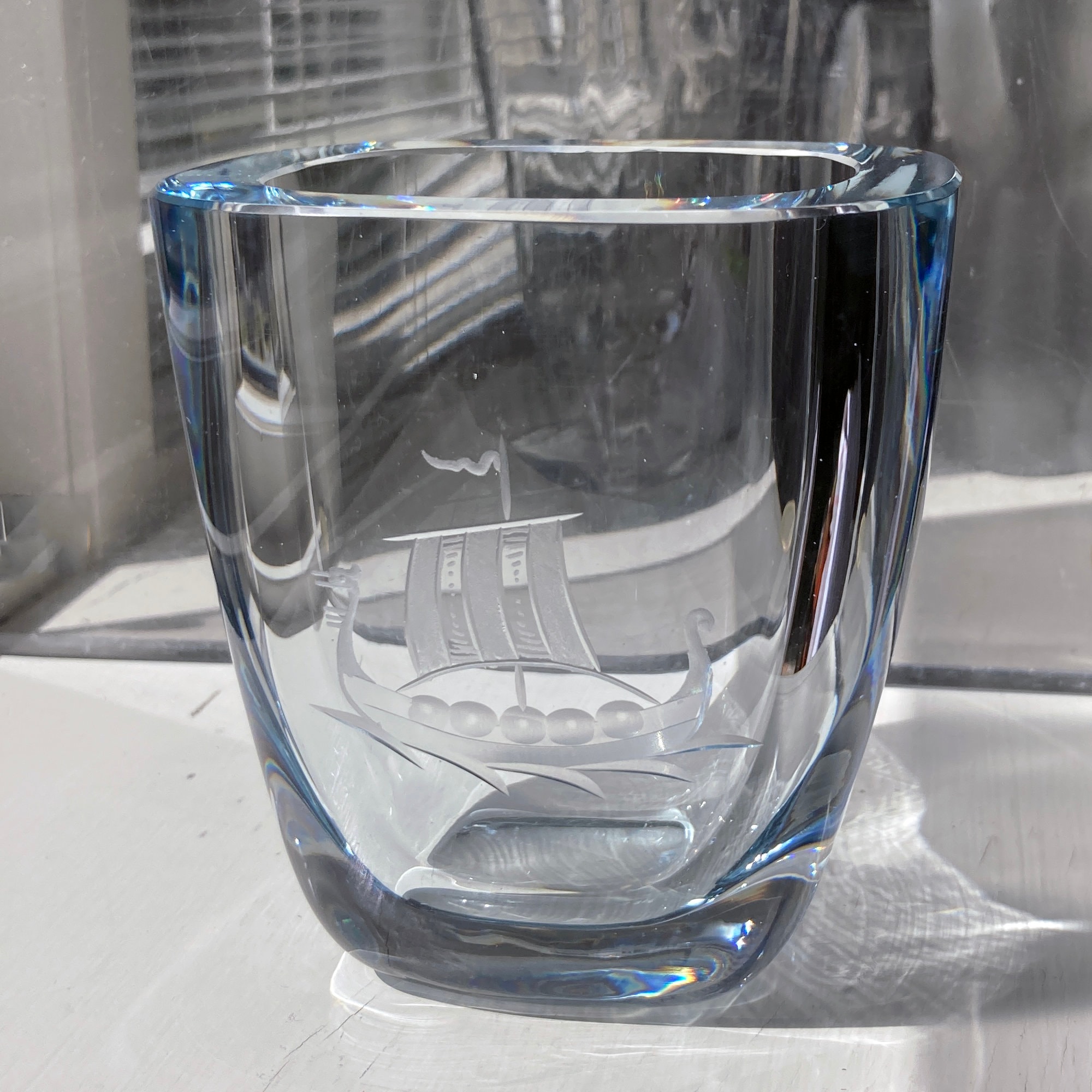 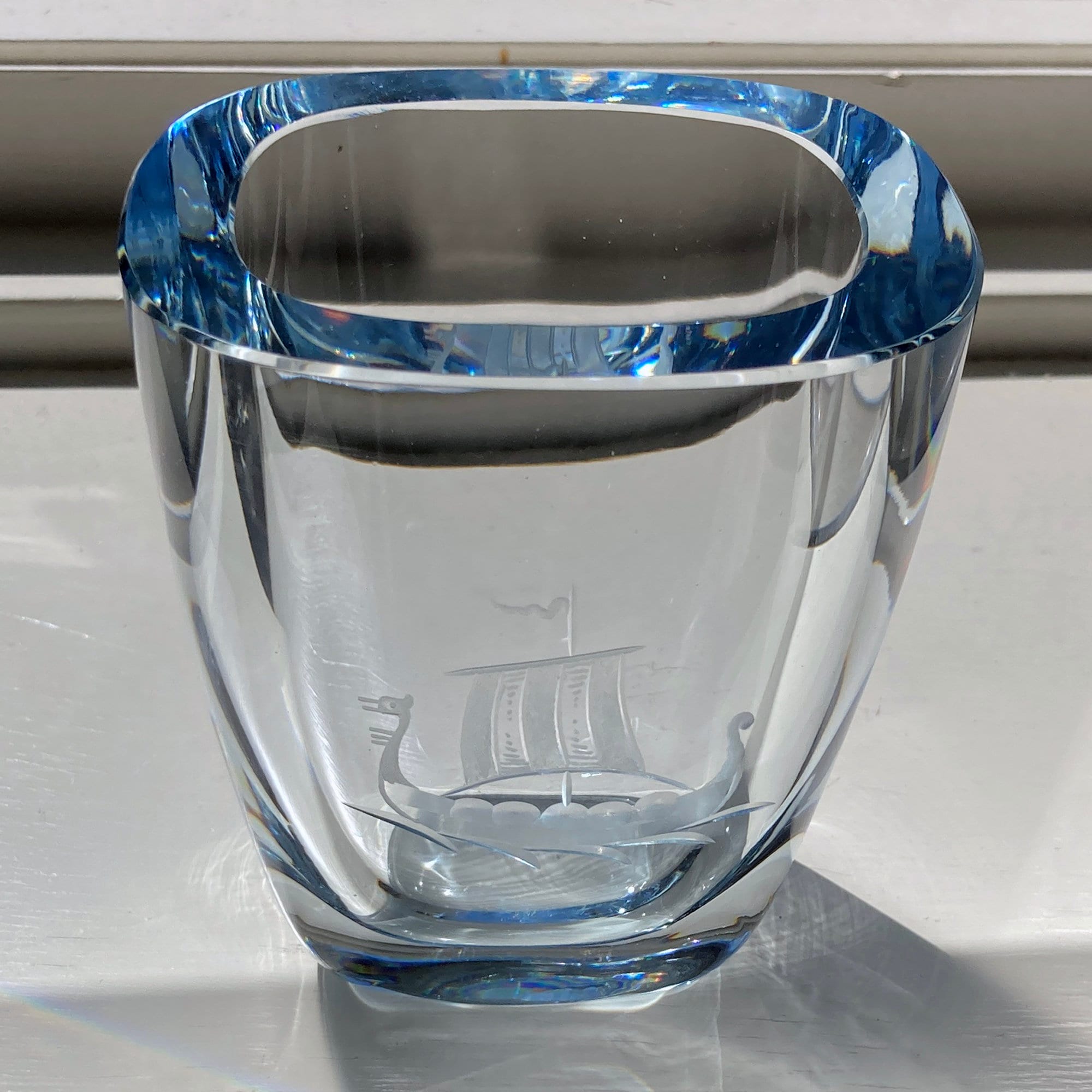 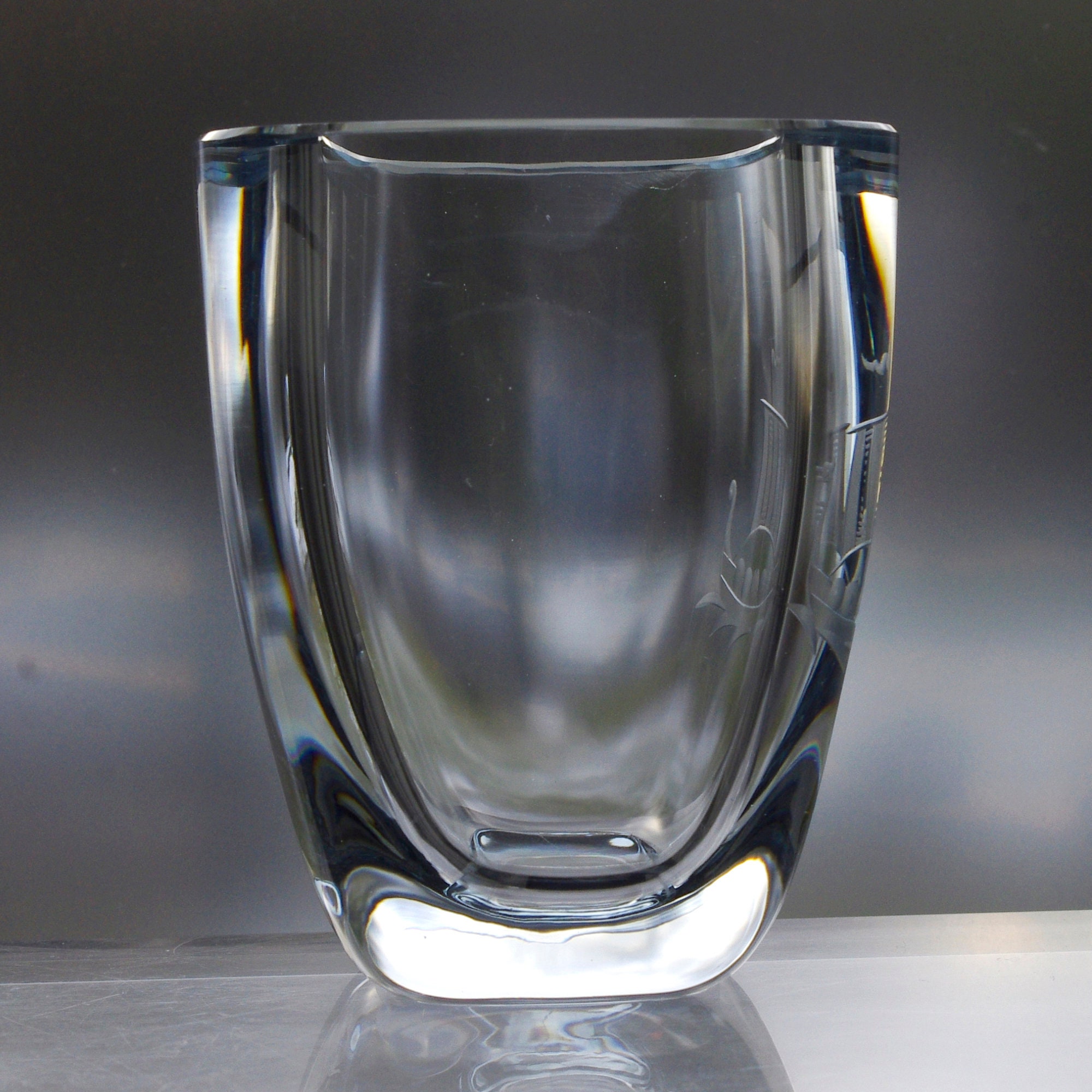 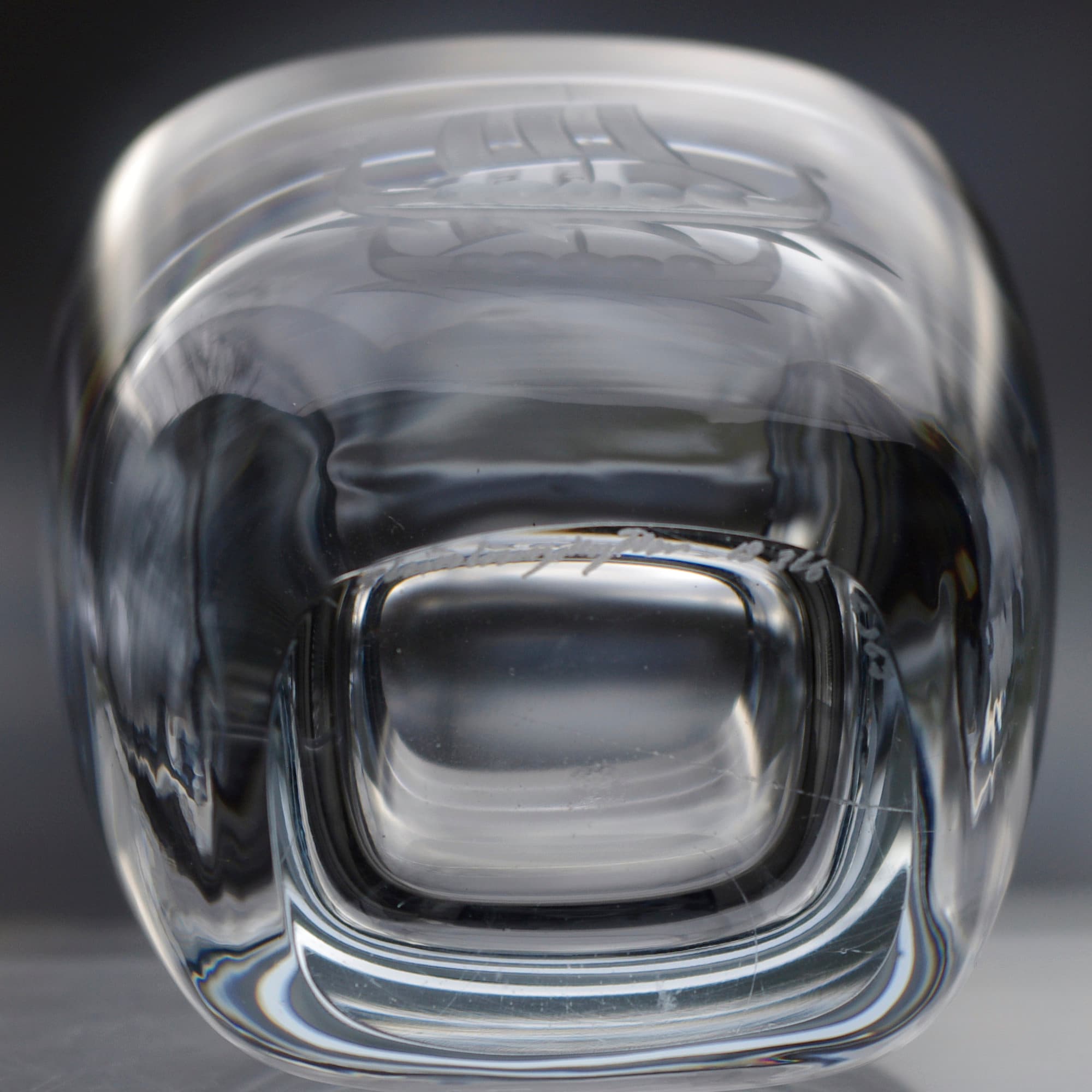 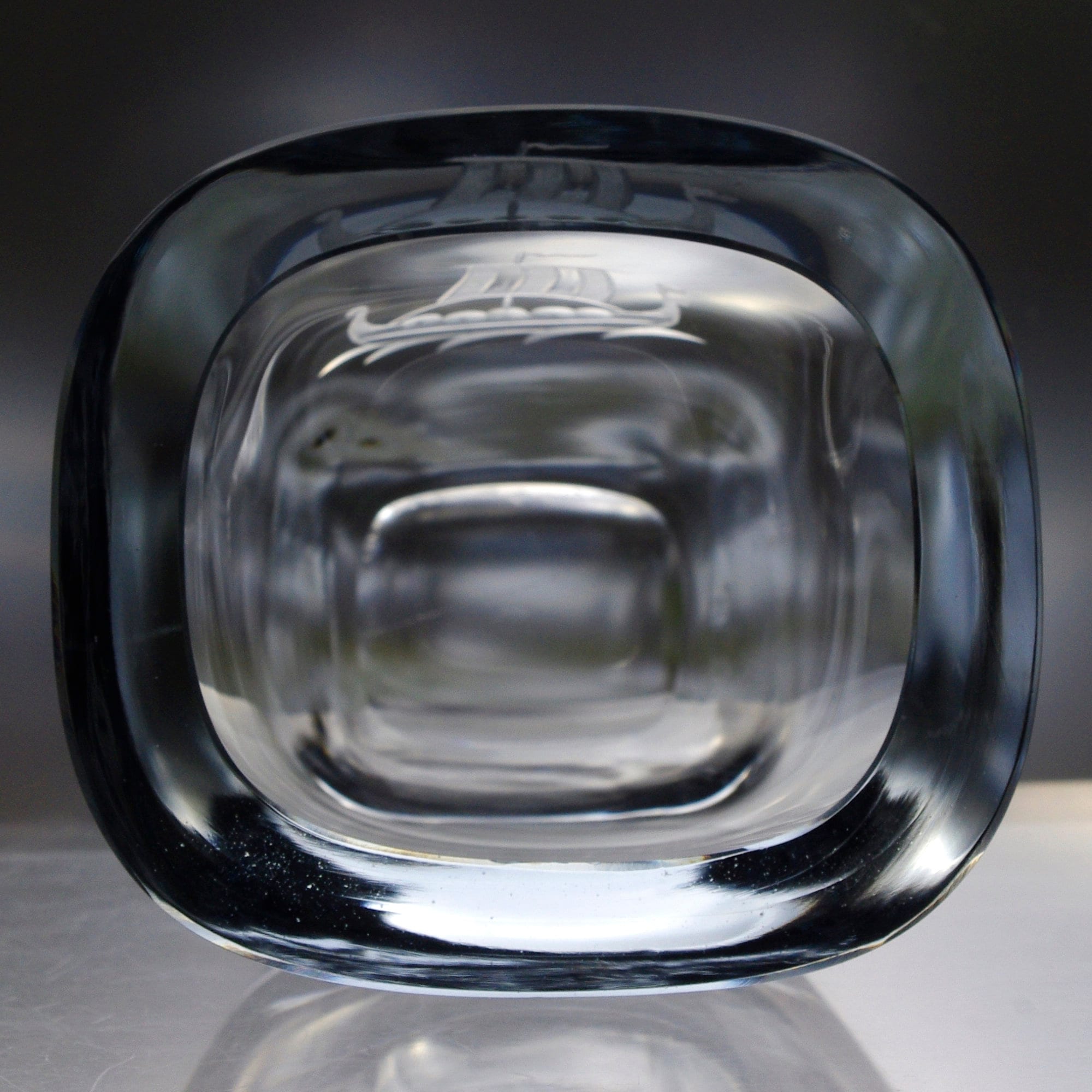 This is a great little vase, hand thrown and copper-wheel engraved at Strömbergshyttan in Sweden, in the late 60s or early 70s. It depicts a longship, an iconic image of the Nordic countries. Originally invented and used by the Norsemen (commonly known as the Vikings) for commerce, exploration, and warfare during the Viking Age, the longship appeared in its complete form between the 9th and 13th centuries, and it influenced the shipbuilding of other cultures for centuries.

The vase is 4.5" high, 4" wide, and 3.5" deep, and it is in very good condition, clear and sparkling, with only a few light scratches as expected for its age.