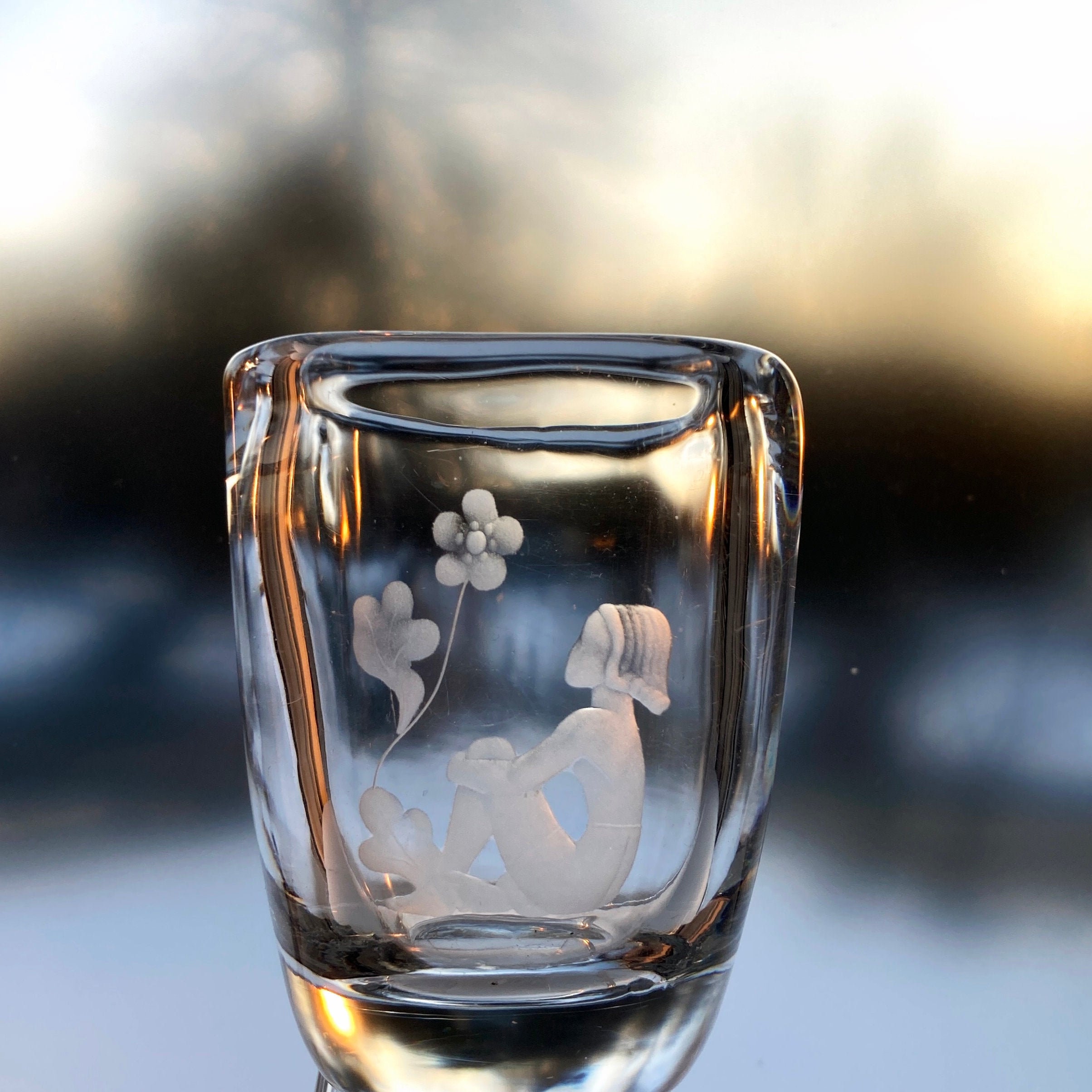 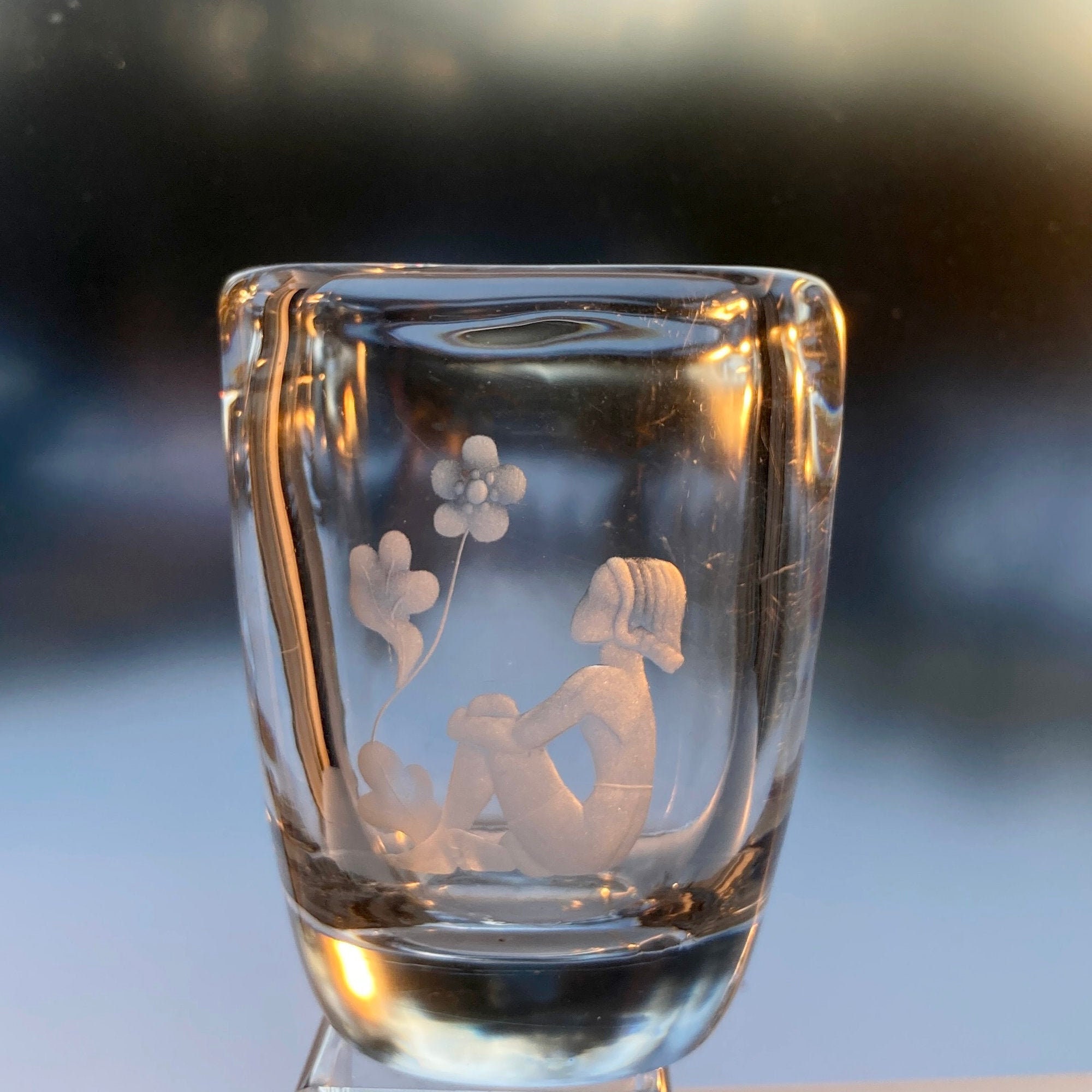 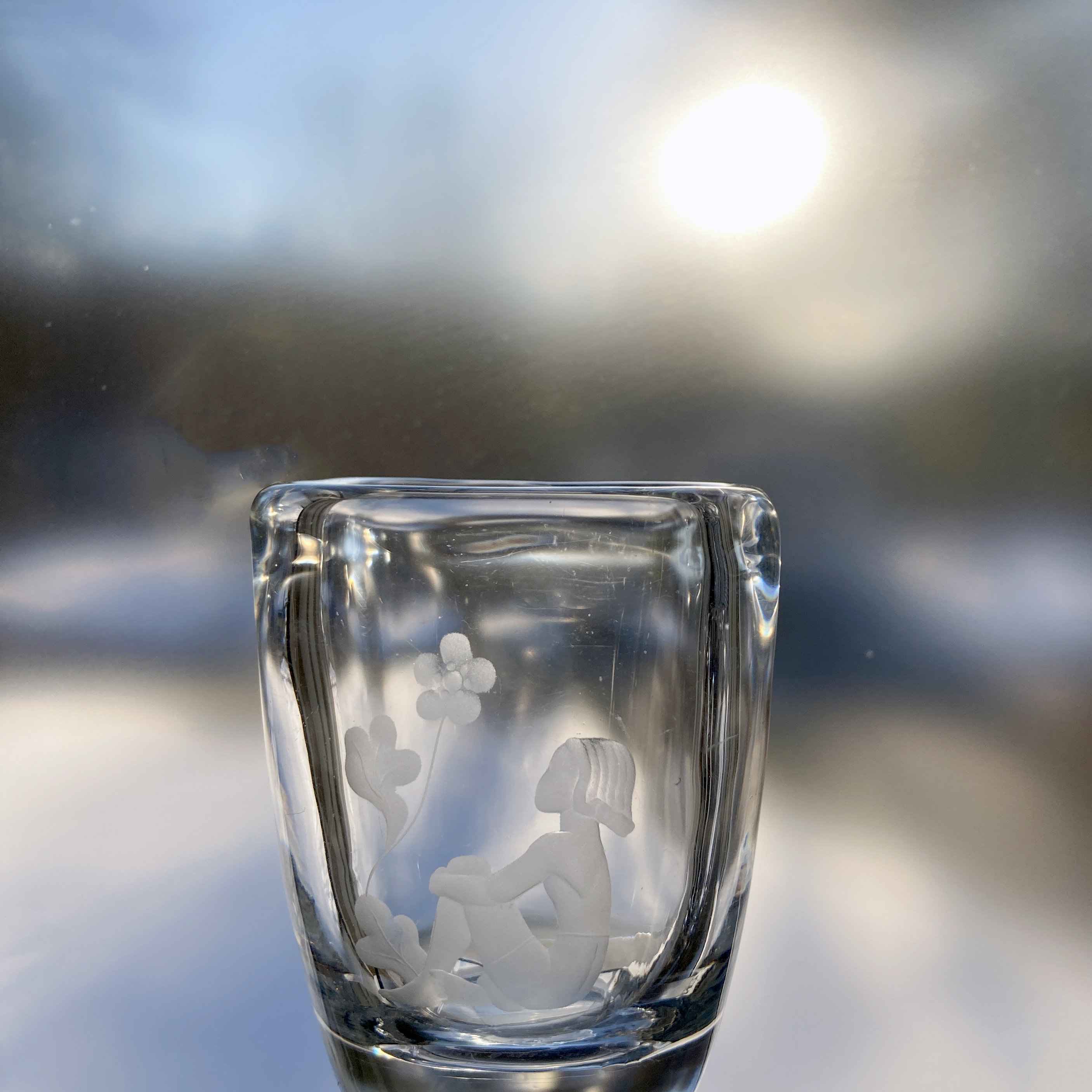 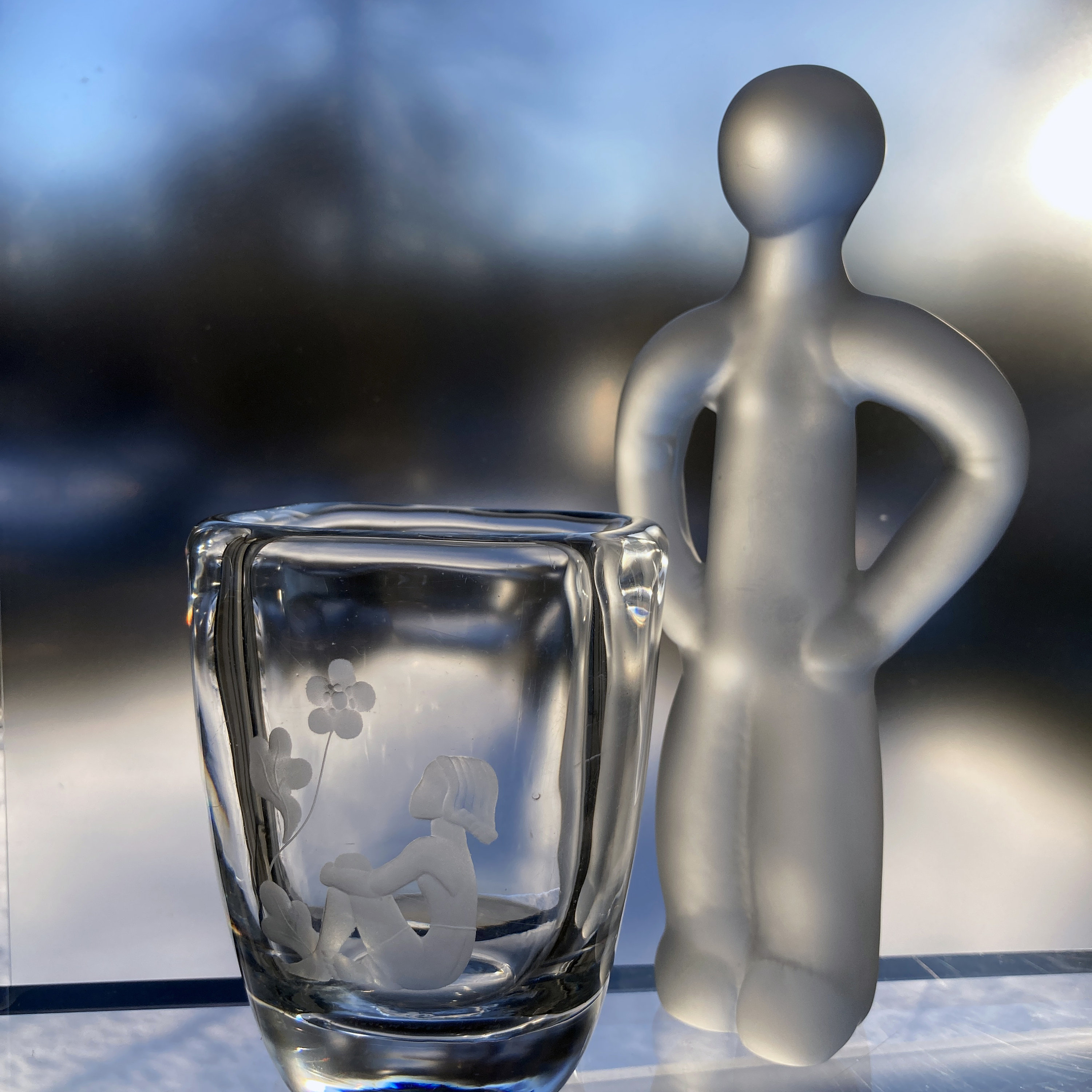 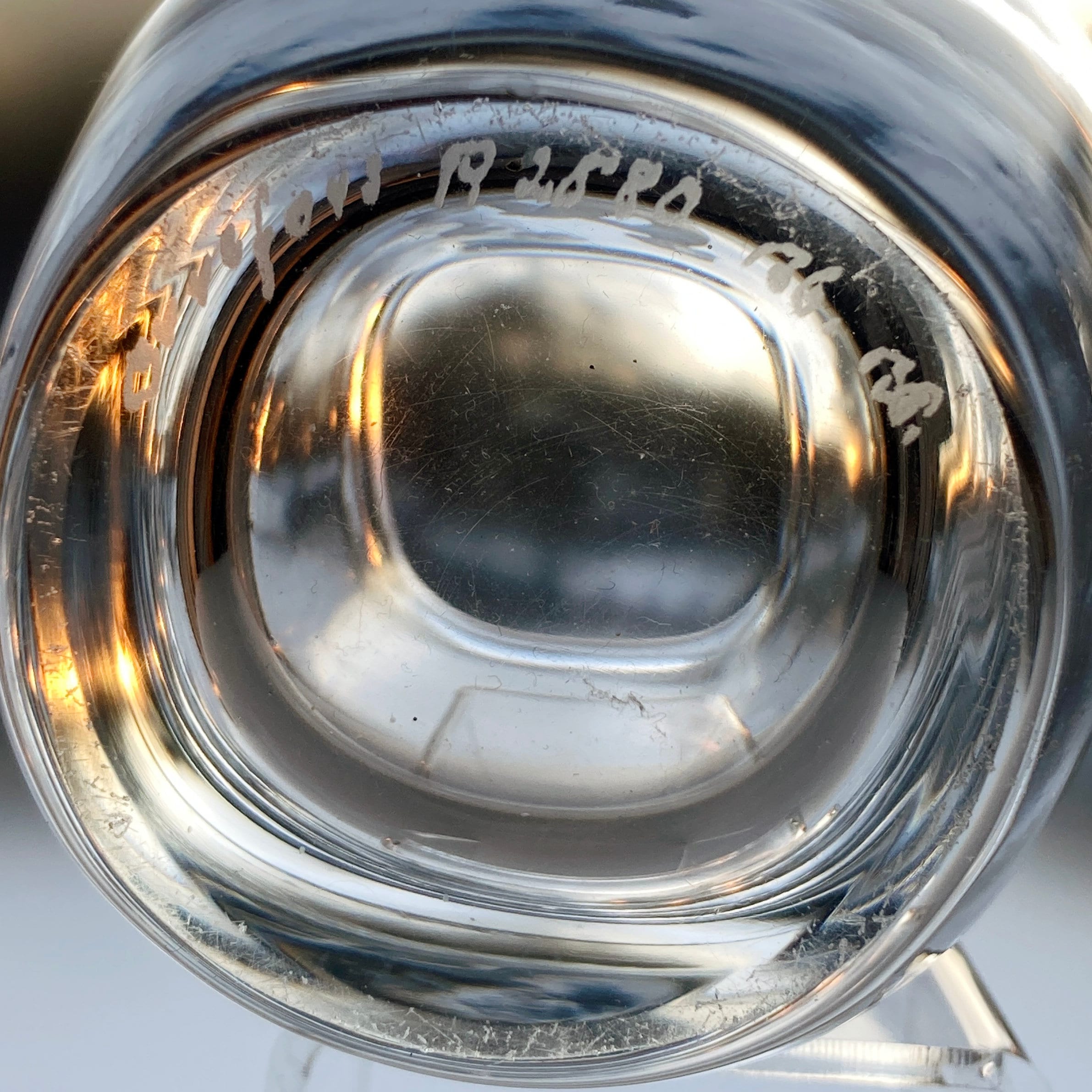 Designed by Sven Palmqvist in 1941, and Copper Wheel Engraved, this handblown glass vase is a perfect representation of Swedish culture in the mid 20th century. This charming vase is small 3.25" x 3.25" x 4", but heavy, weighing 1.5 pounds. The date code B6 means that, though this motif was designed in 1941, this particular piece was made in 1949. Börje Eriksson was the engraver. The vase has some fine scratches and other signs of love, but no chips or cracks. The child's toes are really cute.

The Orrefors story began in 1726, when an ironworks and smith was built near “the beautiful river that flows into Lake Orranäs” in the Swedish countryside. It was given the name Orrefors, which means “the Orre waterfall.” ("Orre" is the Swedish name for the black grouse, which is the bird seen on their iconic labels.) The foundry was converted to a glassworks in 1898, as the demand for iron decreased. By the mid-1920s, Orrefors was celebrated world-wide for the quality and beauty of its glass.

Orrefors employed master artists and craftsmen, most of whom worked their whole careers of 40, 50, or more years with the company. Sven Palmqvist (1906-1984) was born in the glass district of southern Sweden and started his career with Orrefors in 1928, where he remained until 1972. In those years, he designed hundreds of engraved glass motifs. According to his daughter, to whom I am connected through an online glass group, he had a particular fondness for portraying people and animals.