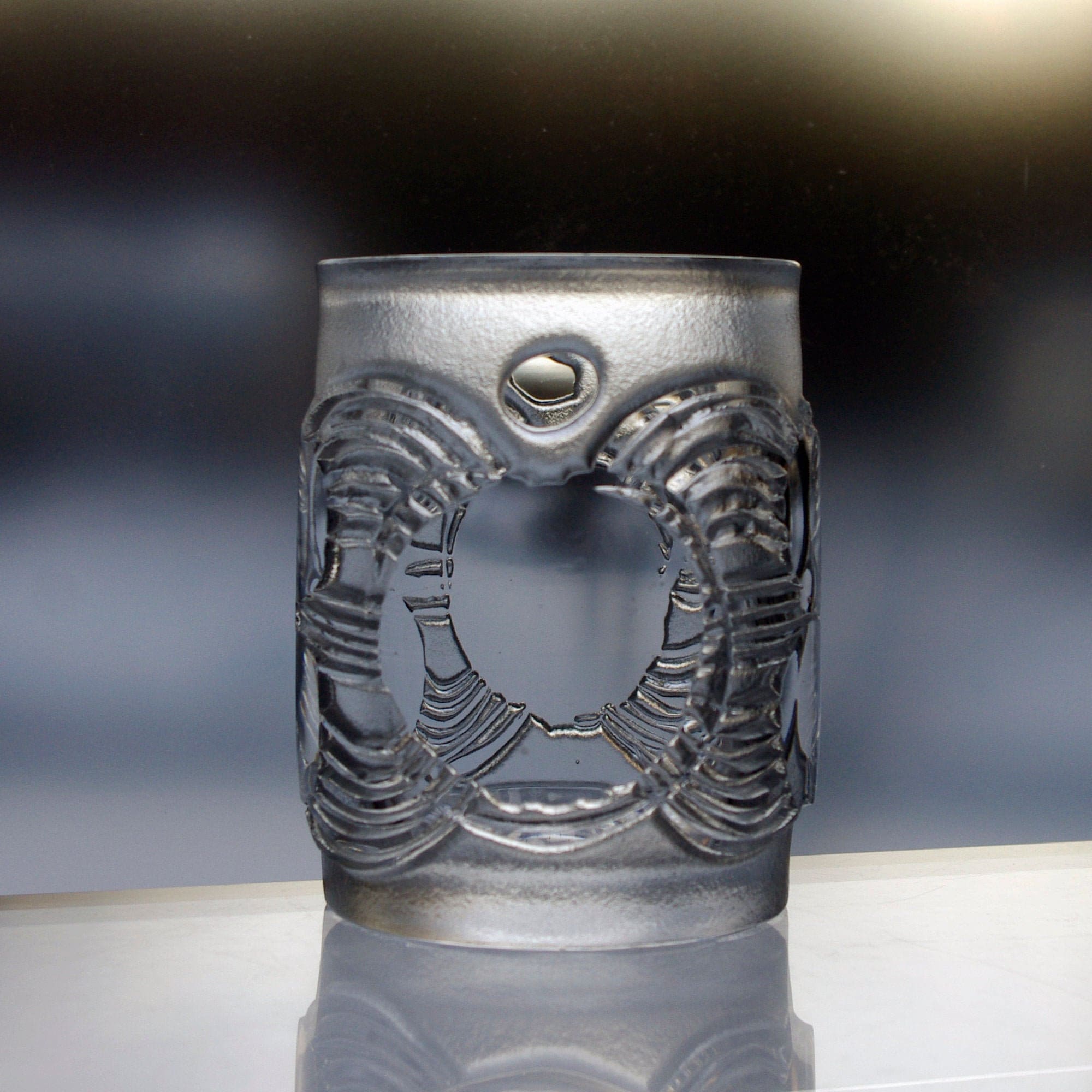 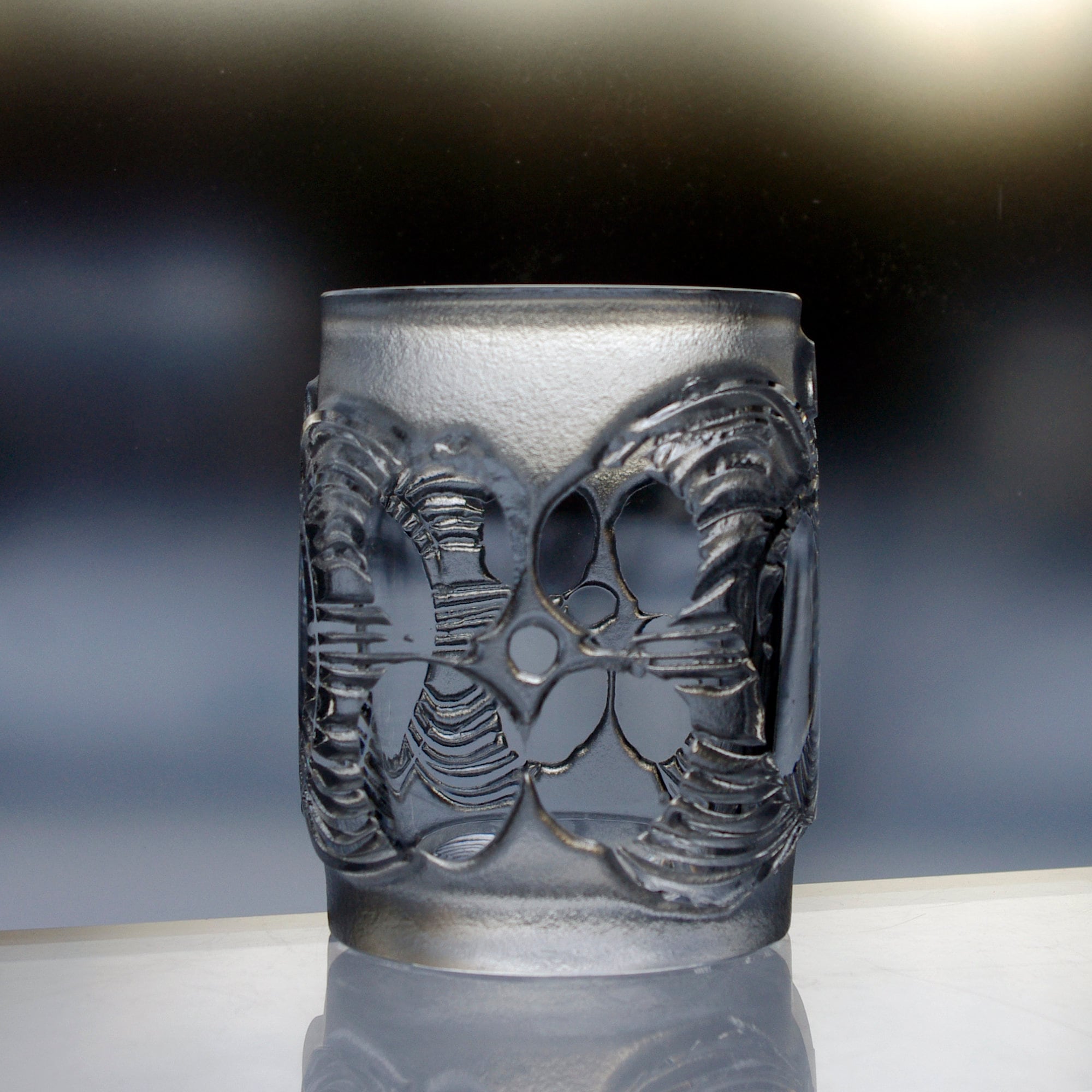 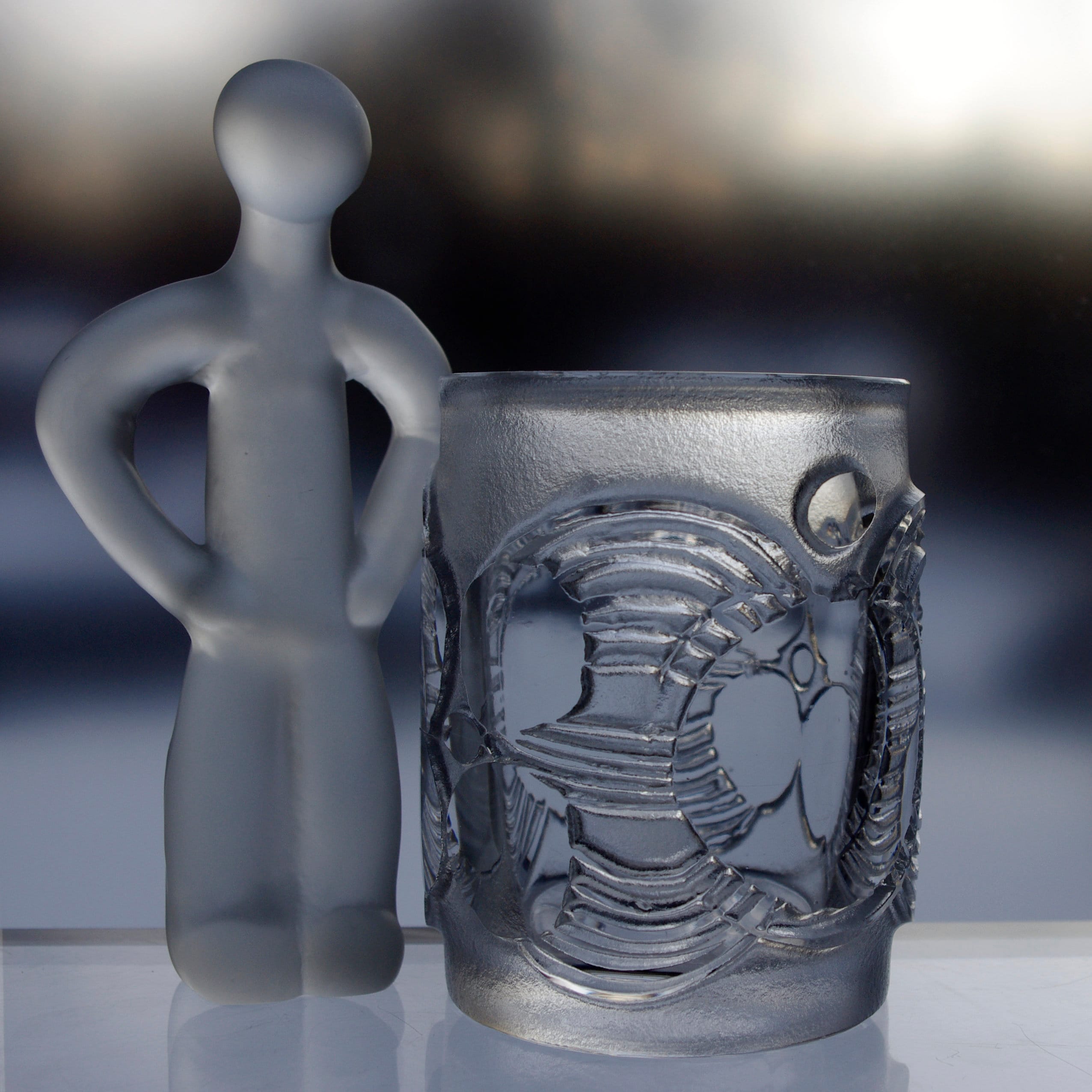 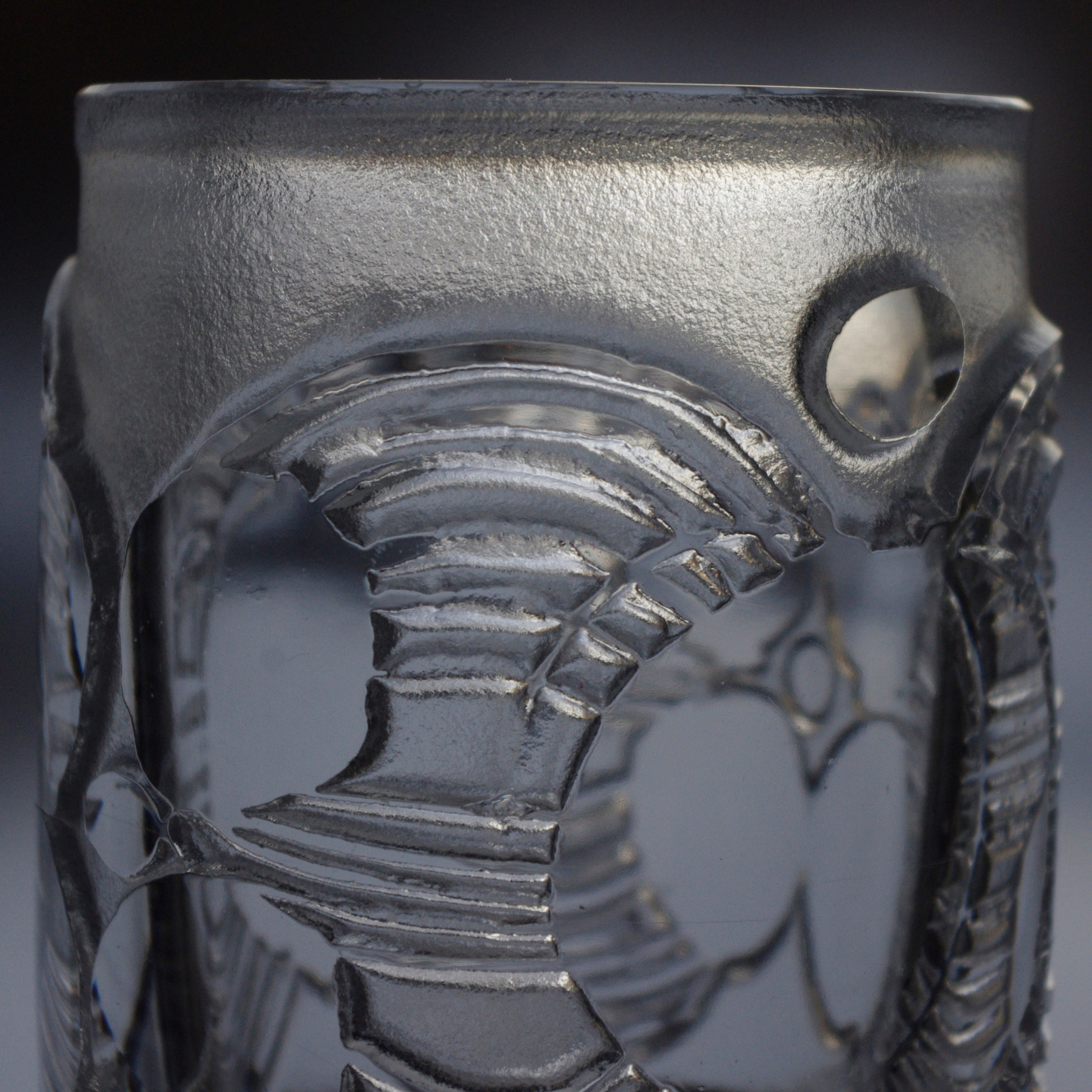 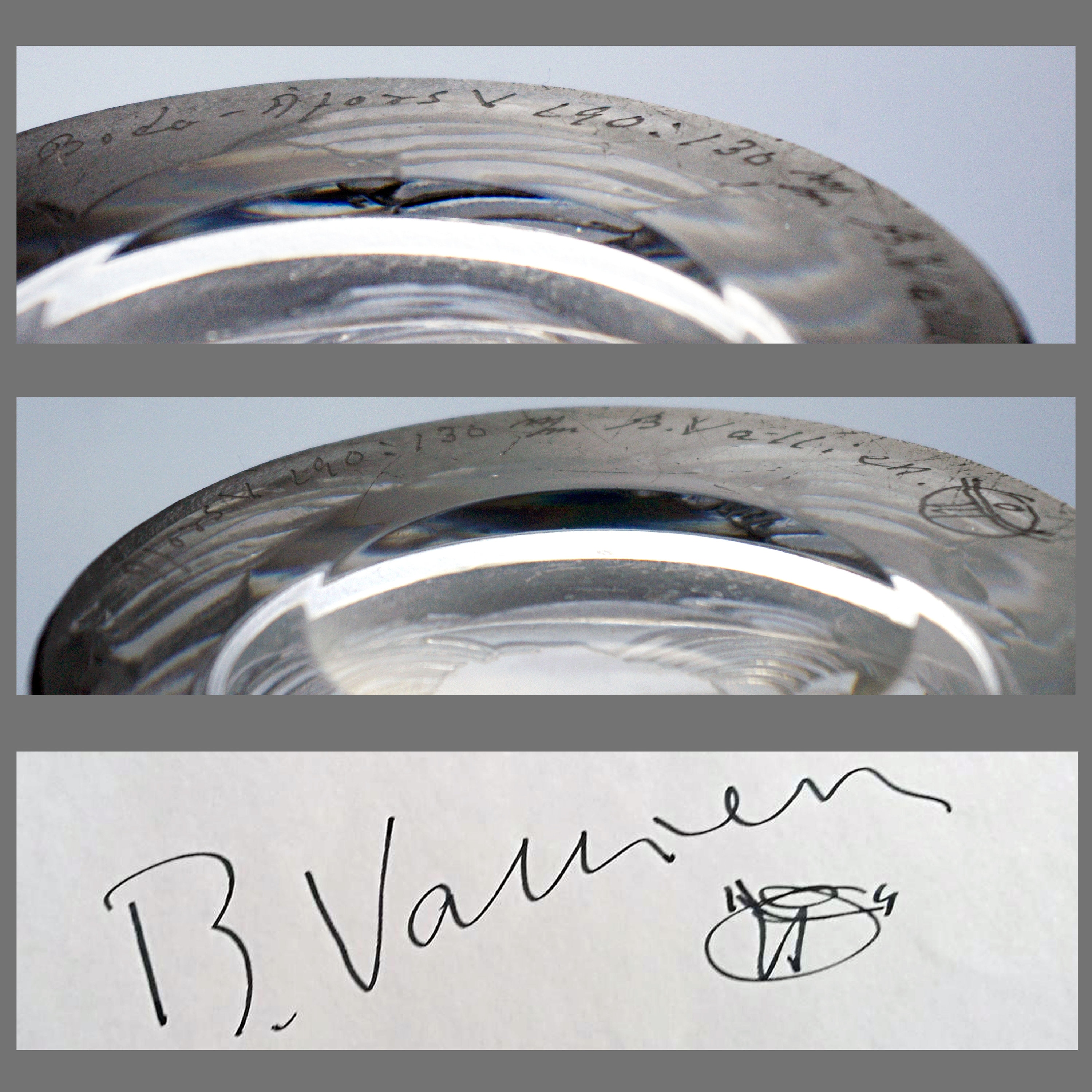 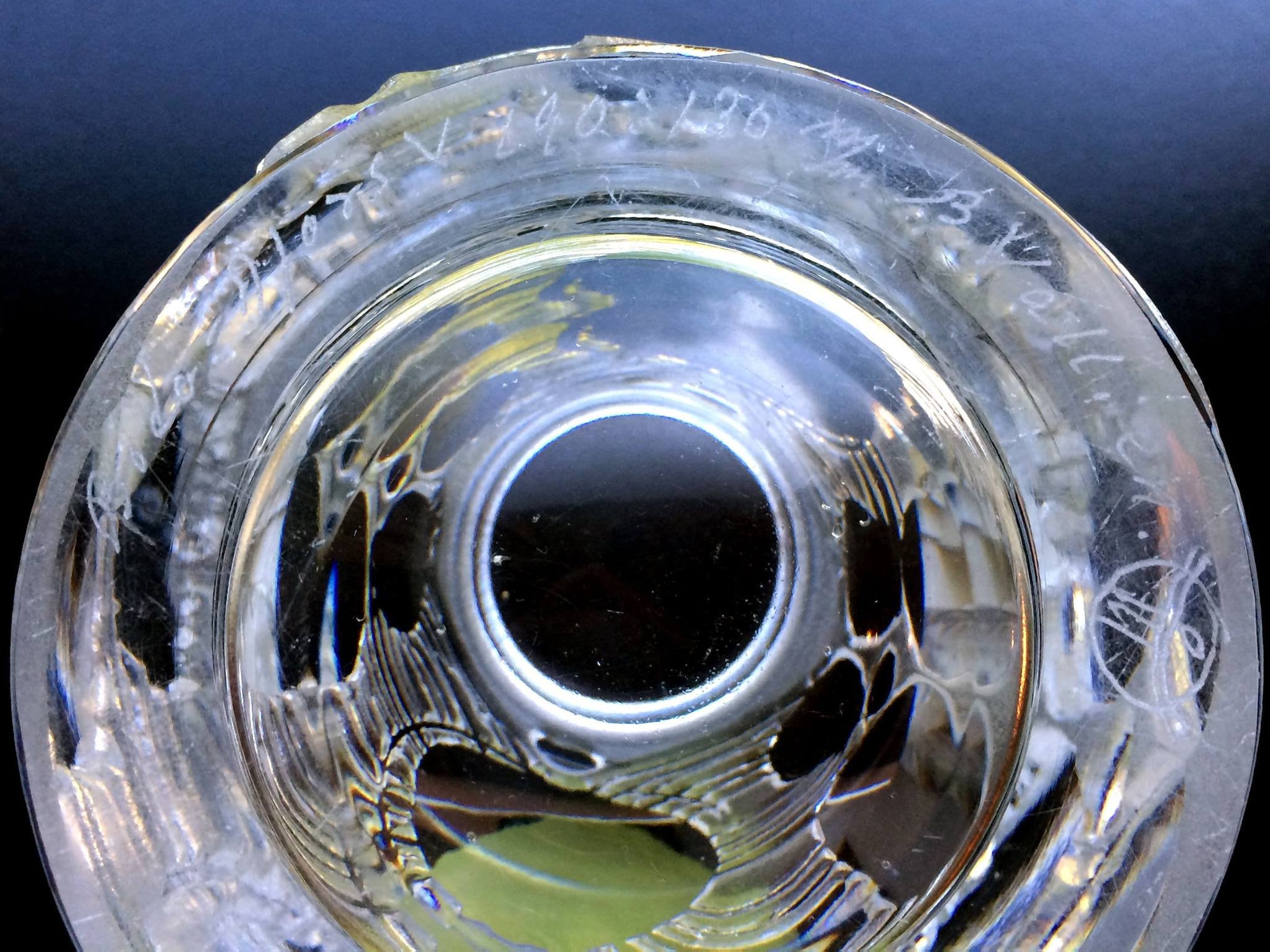 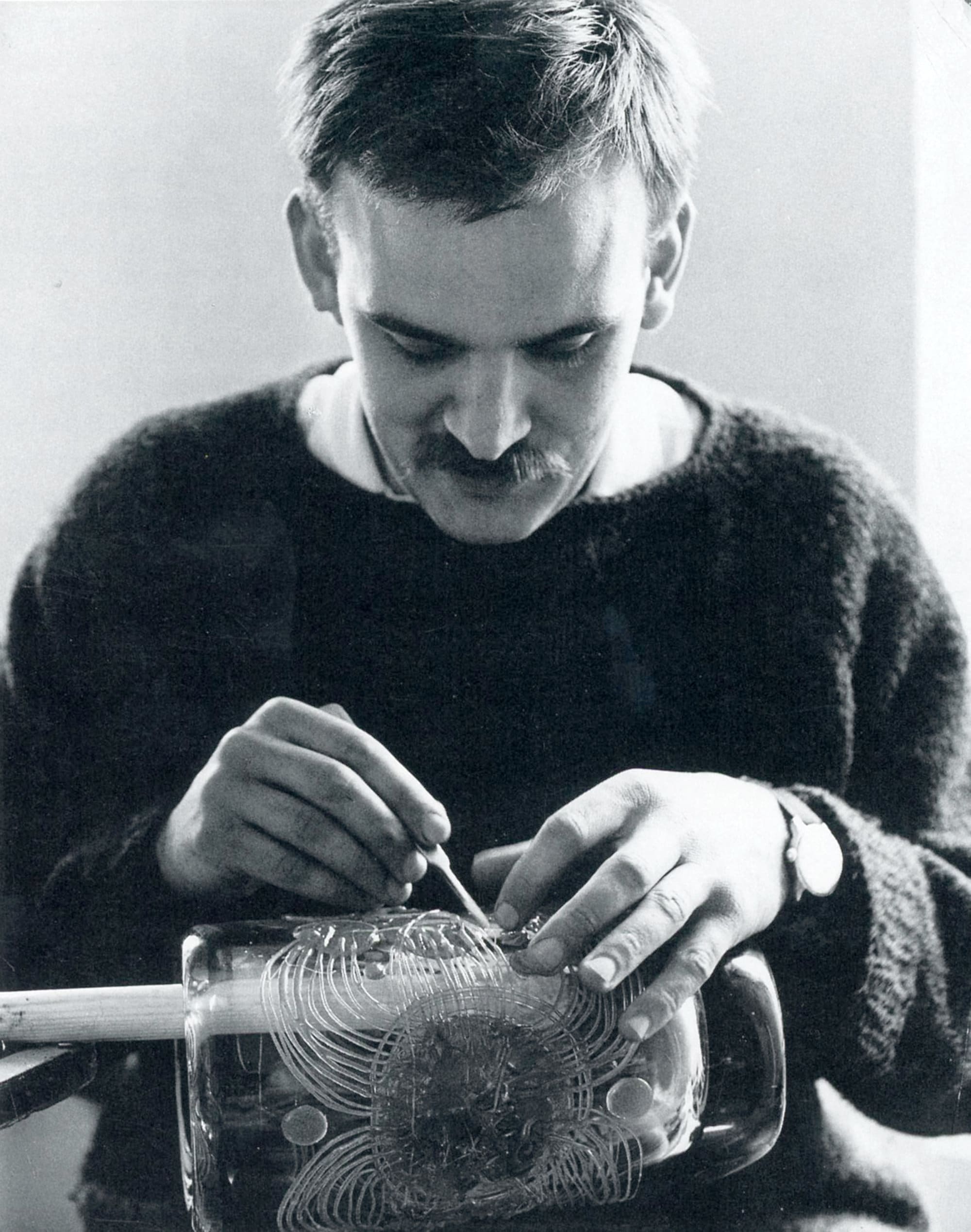 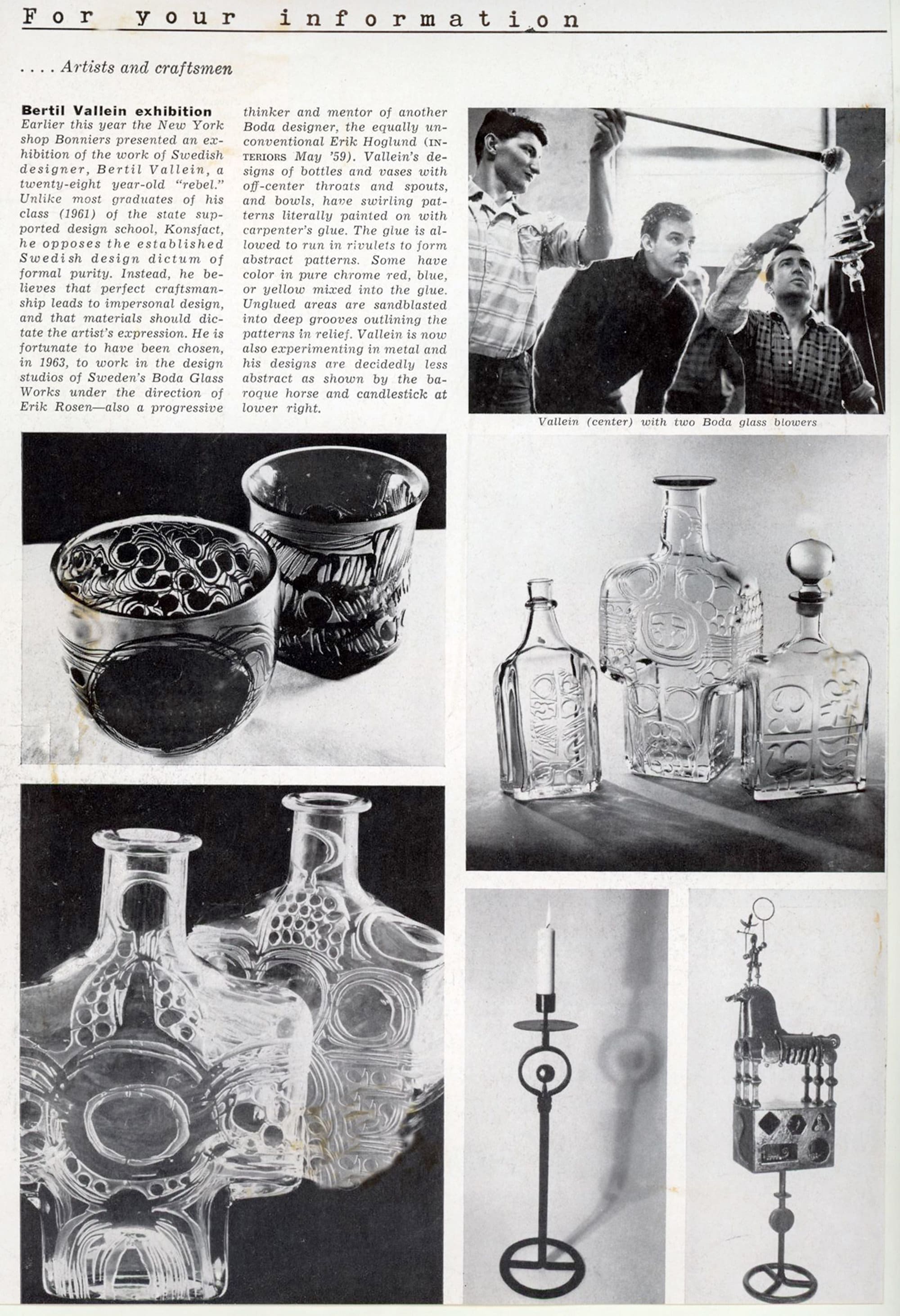 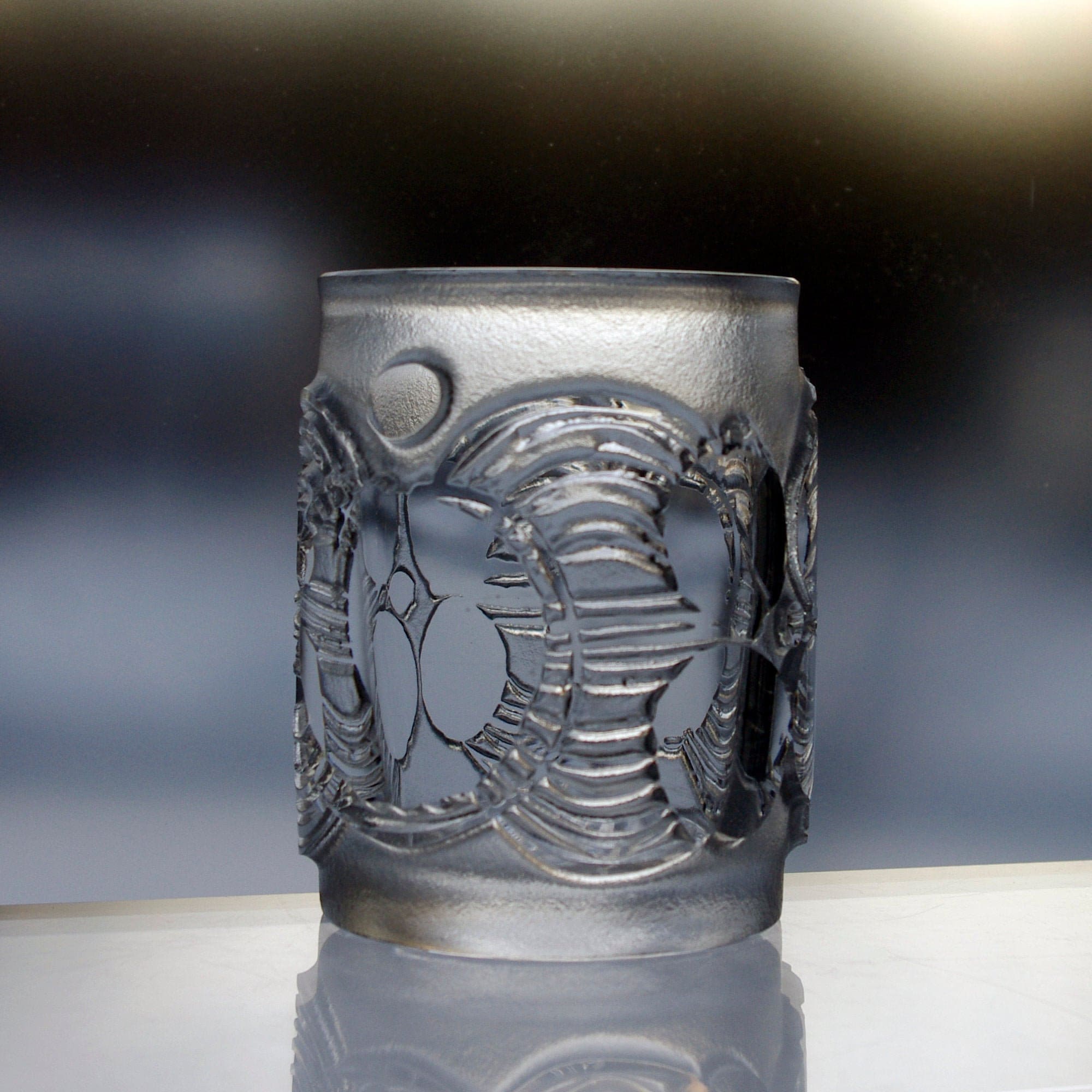 This fabulous, heavy, stylish piece of art glass was designed by master artist and craftsman, Bertil Vallien, in 1964. Vallien had been applying templates to heavy pieces of glass and sandblasting the exposed areas away. Beginning with this style, V190,
Bertil discovered that carpenter glue can be used on glass. With the carpenter glue, instead of the cut templates he used earlier, he was given greater freedom to control the pattern on the glass subject. With the glue, he shaped a myriad of patterns that, when sandblasted, created an effective contrast between the deep, rough surface and the clean and clear glass.

I just noticed some chips on one side - more photos to come.