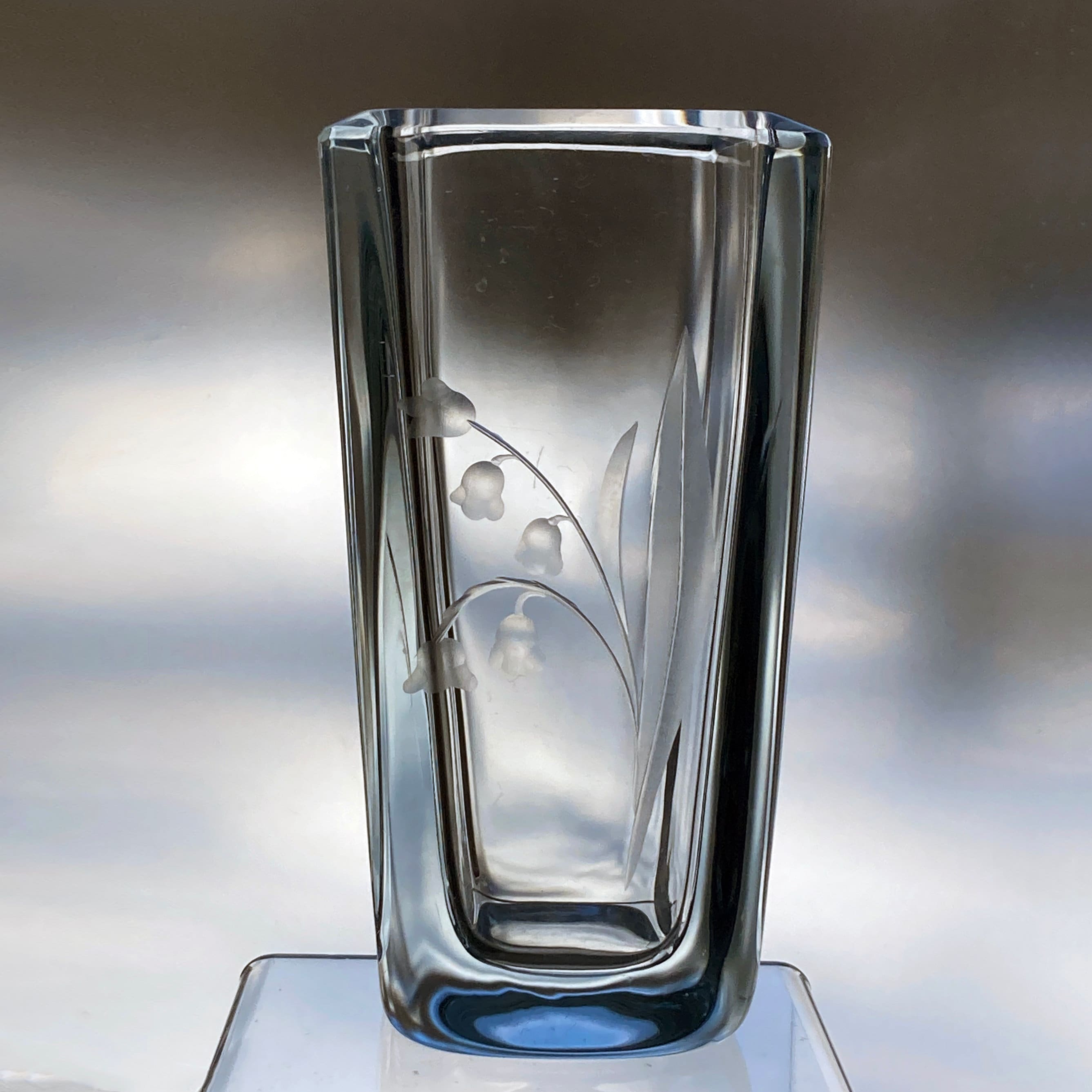 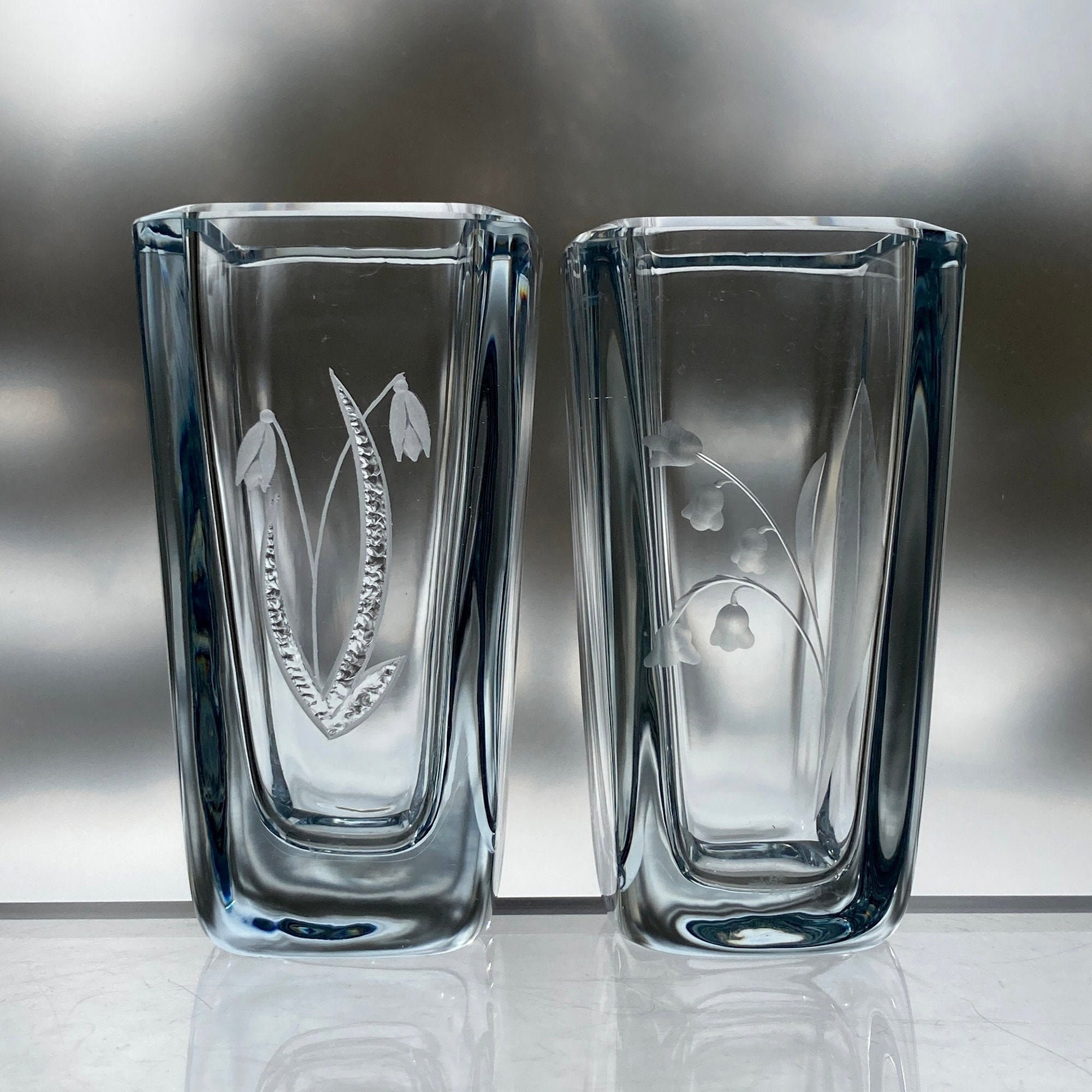 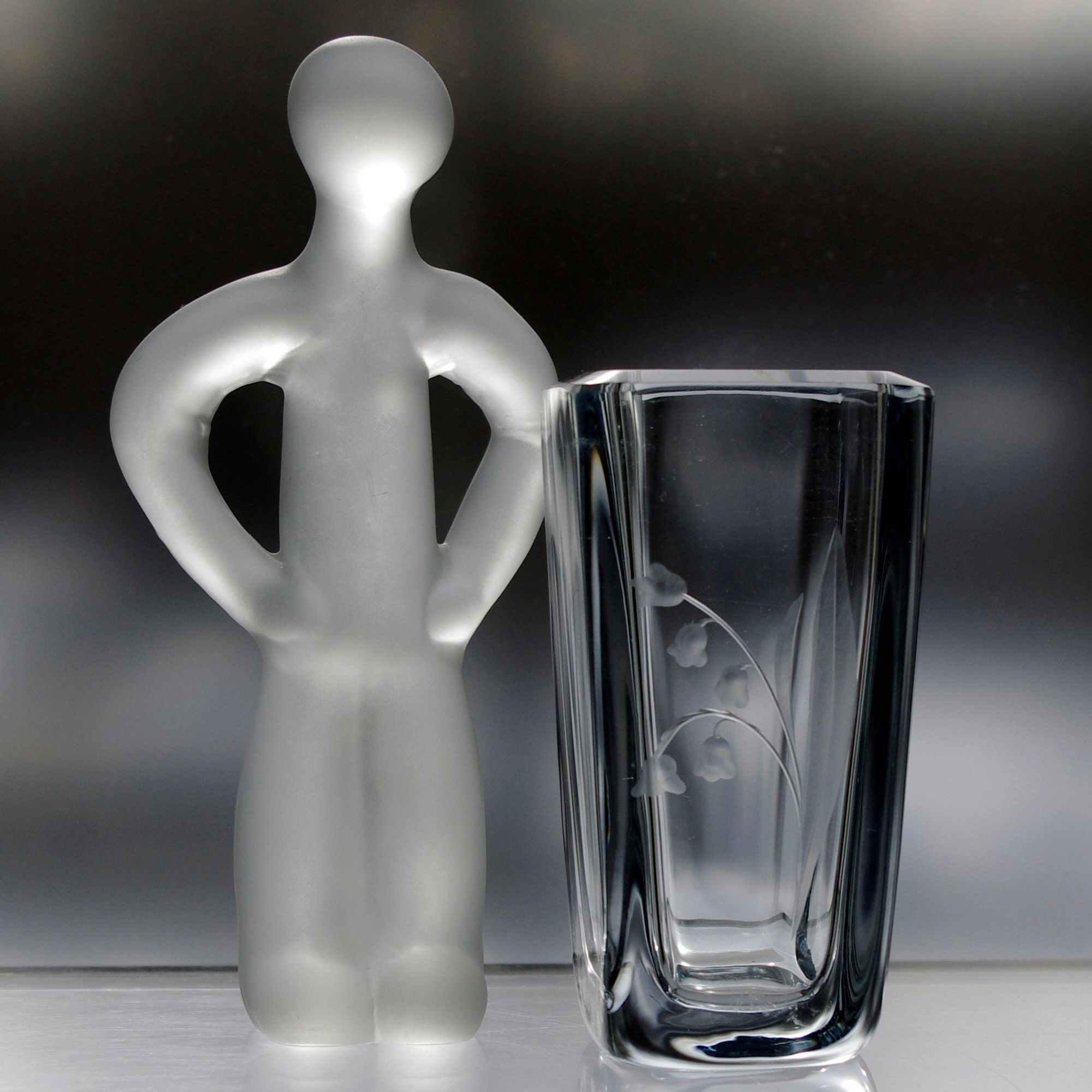 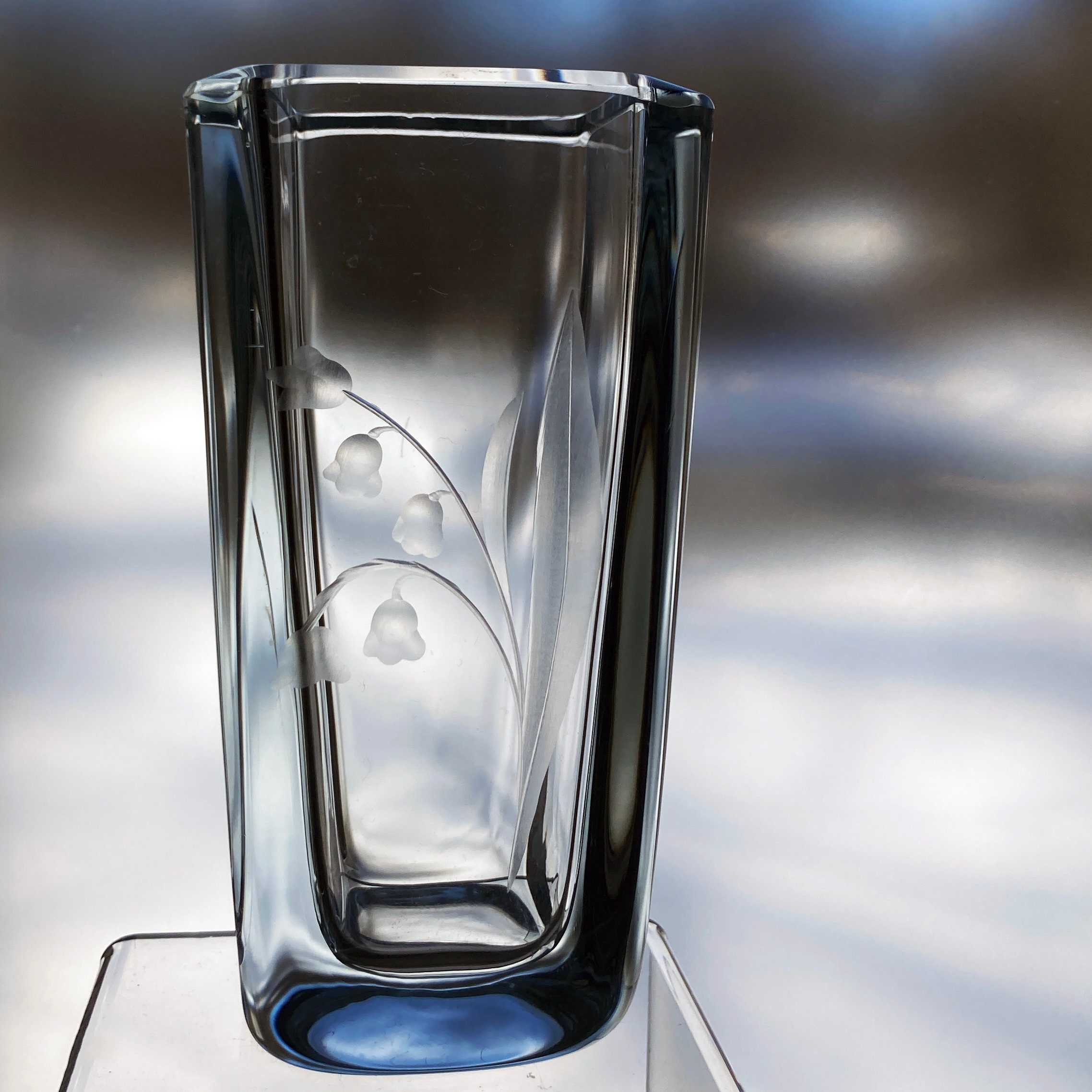 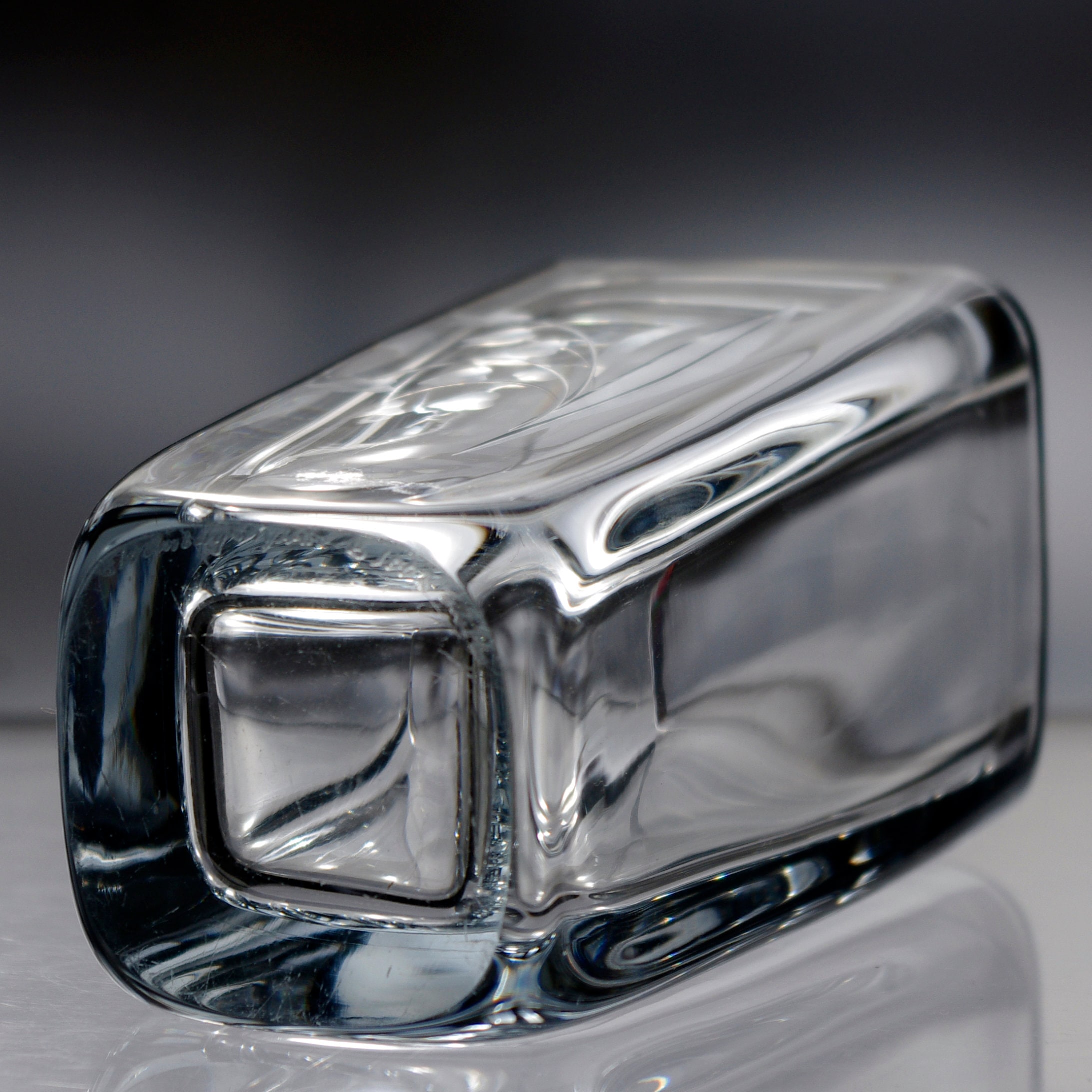 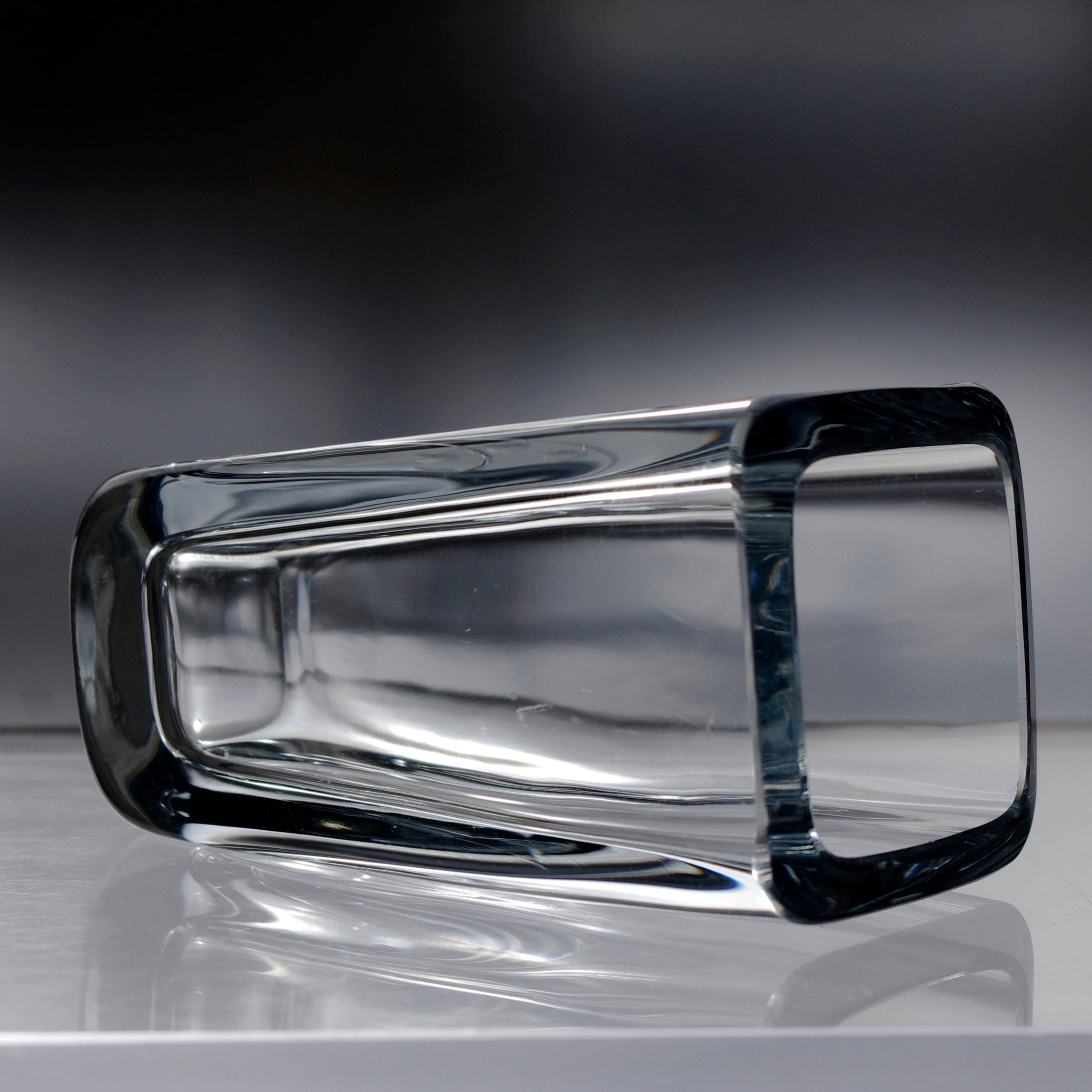 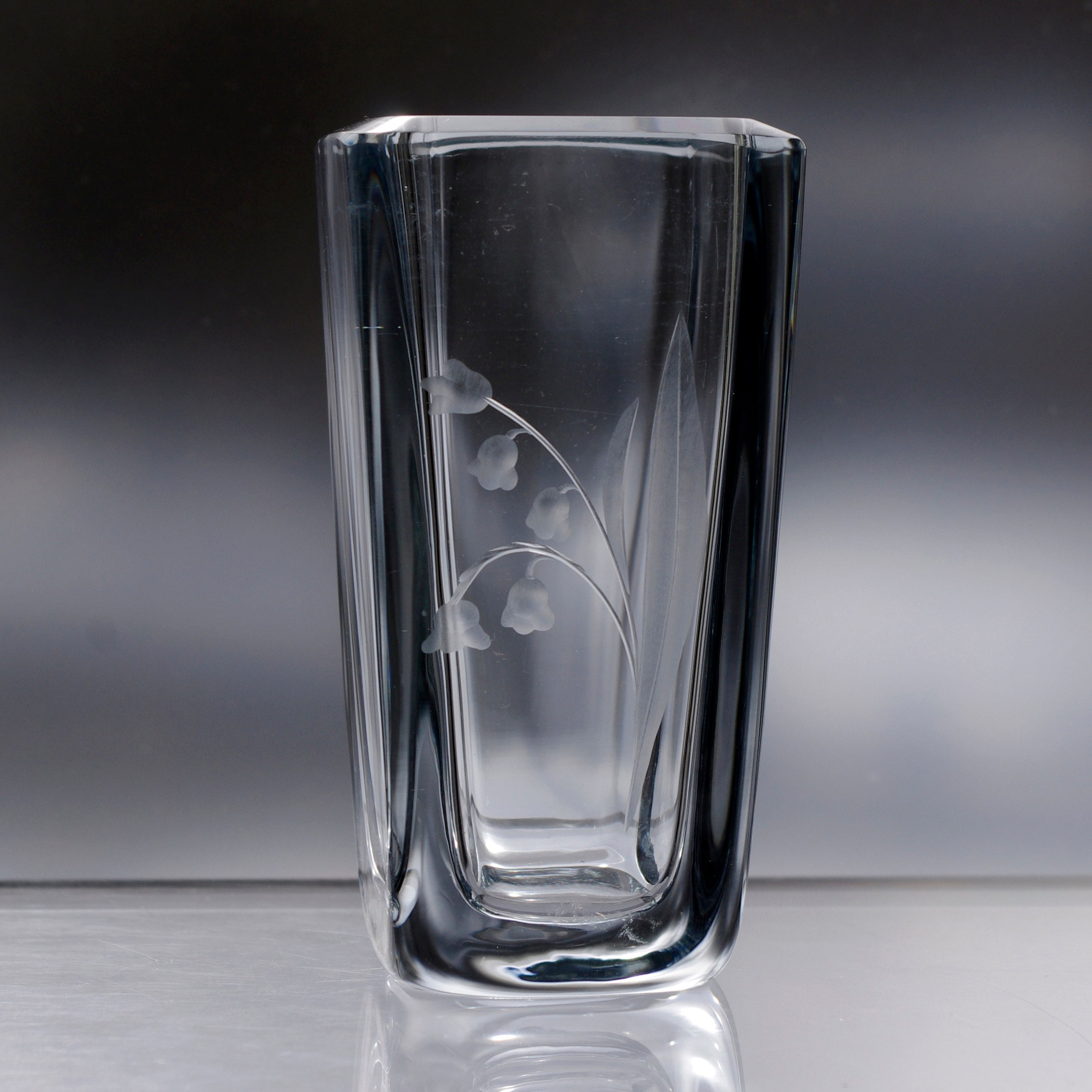 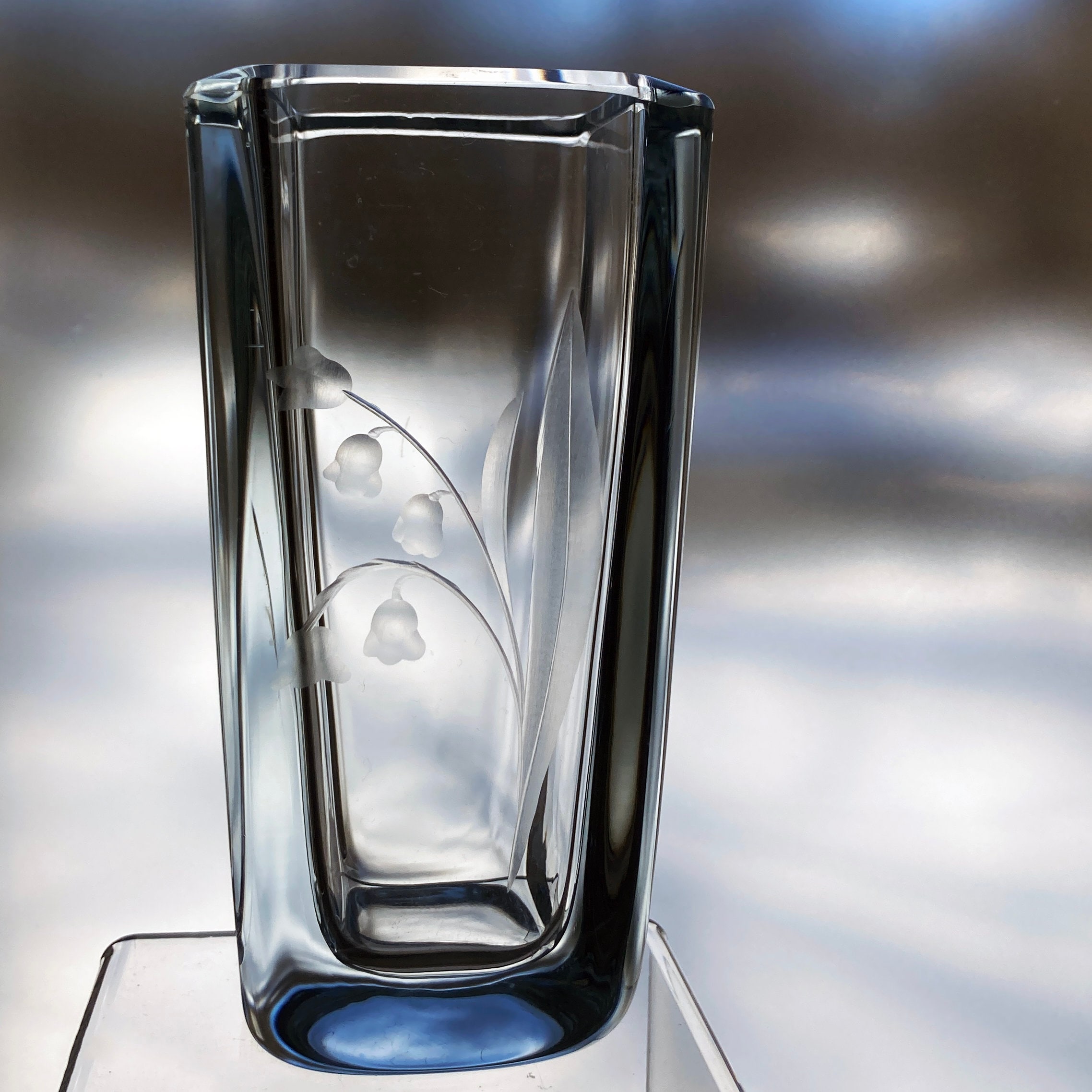 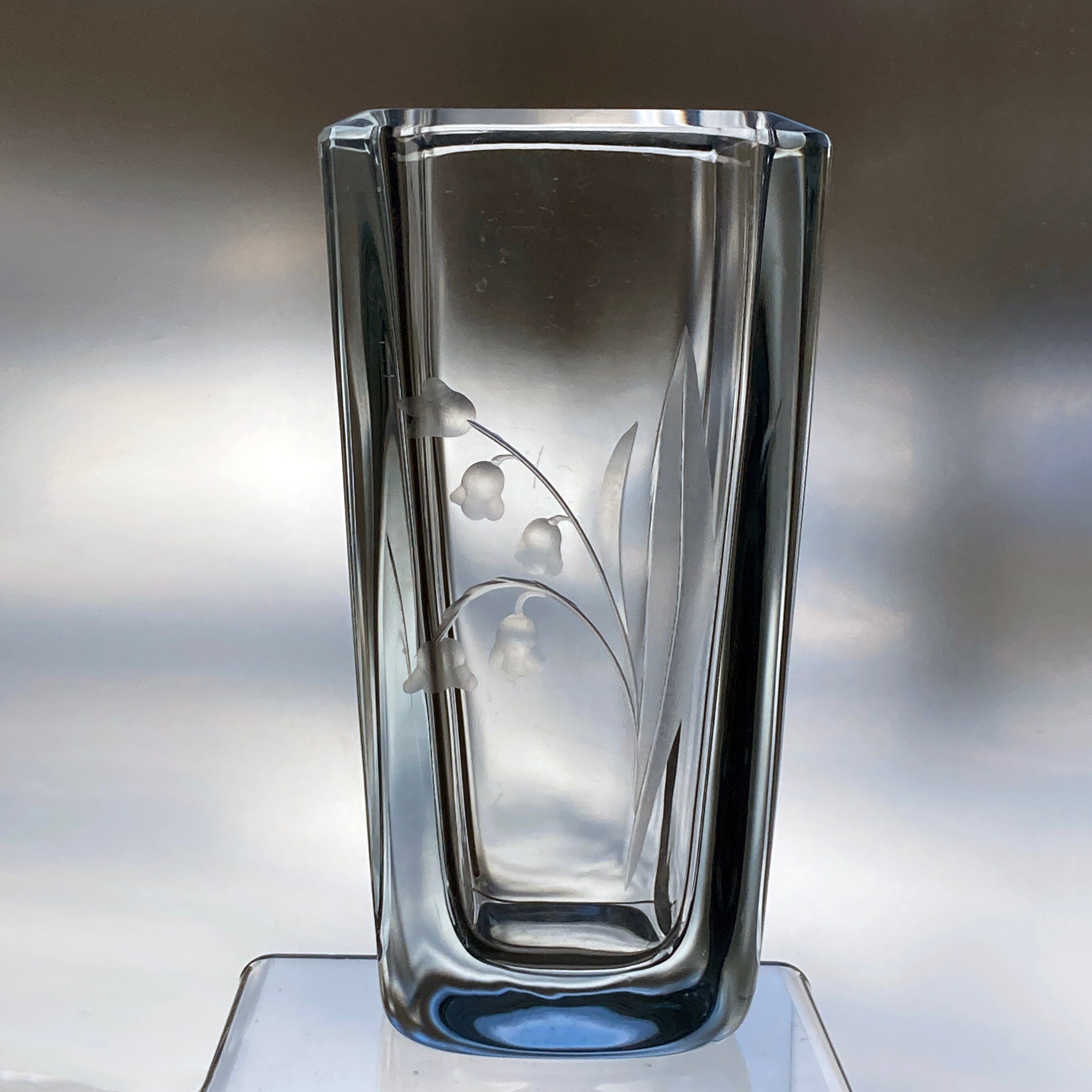 This beautiful vintage vase depicts a perfect lily of the valley, or Liljekonvalj, the provincial flower of Gästrikland, Sweden. It is 5" high and 2.75" square, and tapered. It is a perfect size for display on a windowsill or shelf. It is in excellent condition, clear and sparkling. This piece is engraved using the traditional copper wheel process, and it is signed and numbered, Strömbergshyttan B1002 C276.