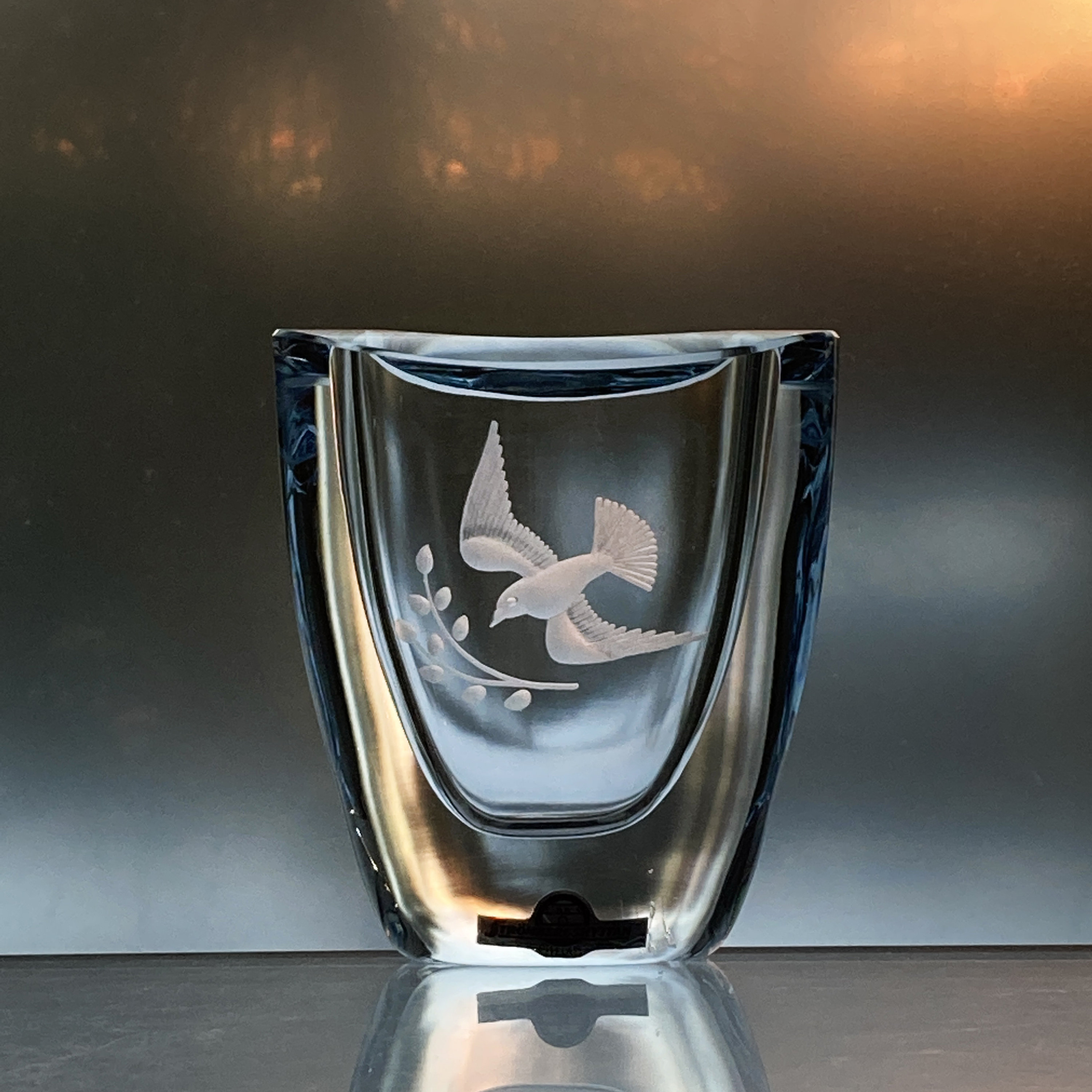 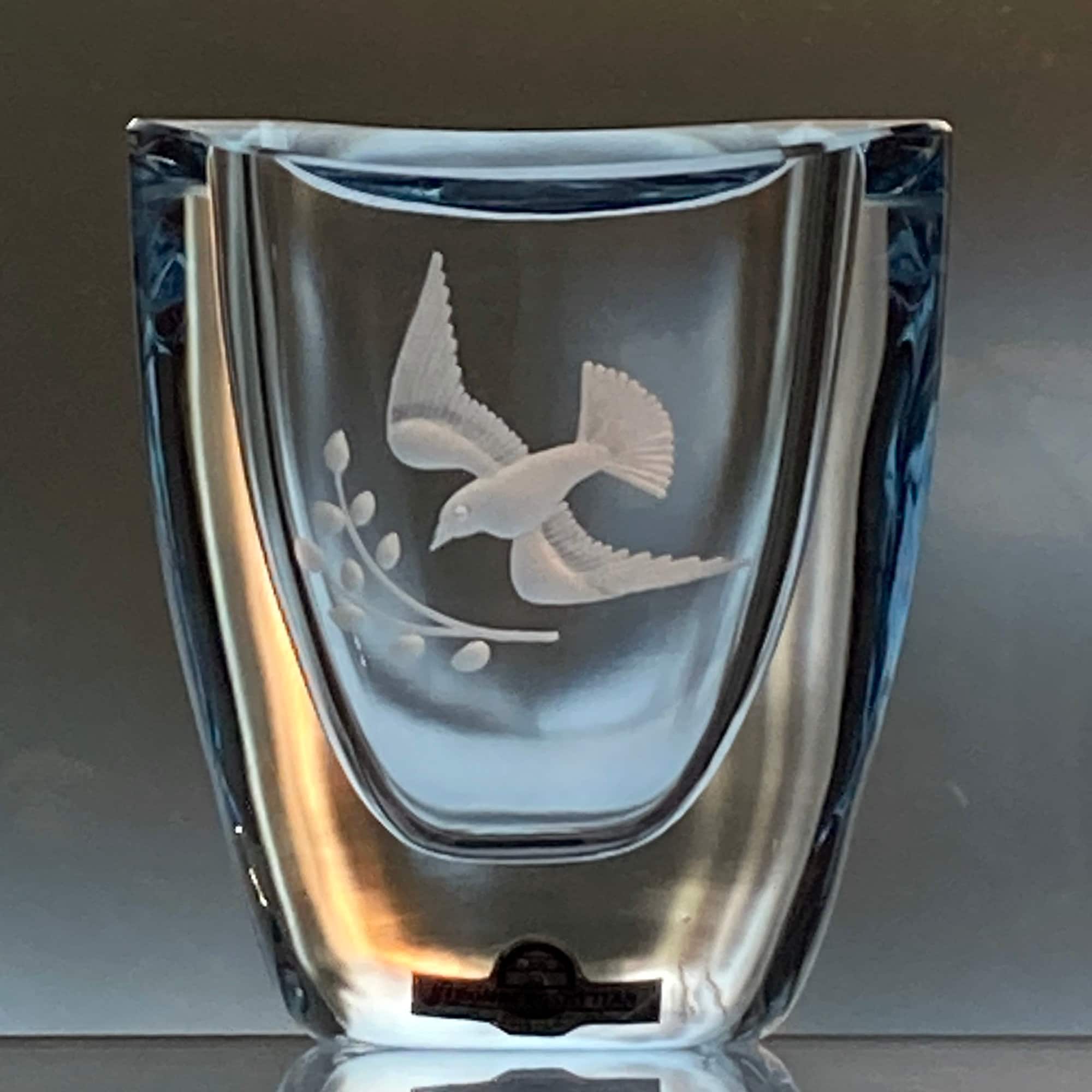 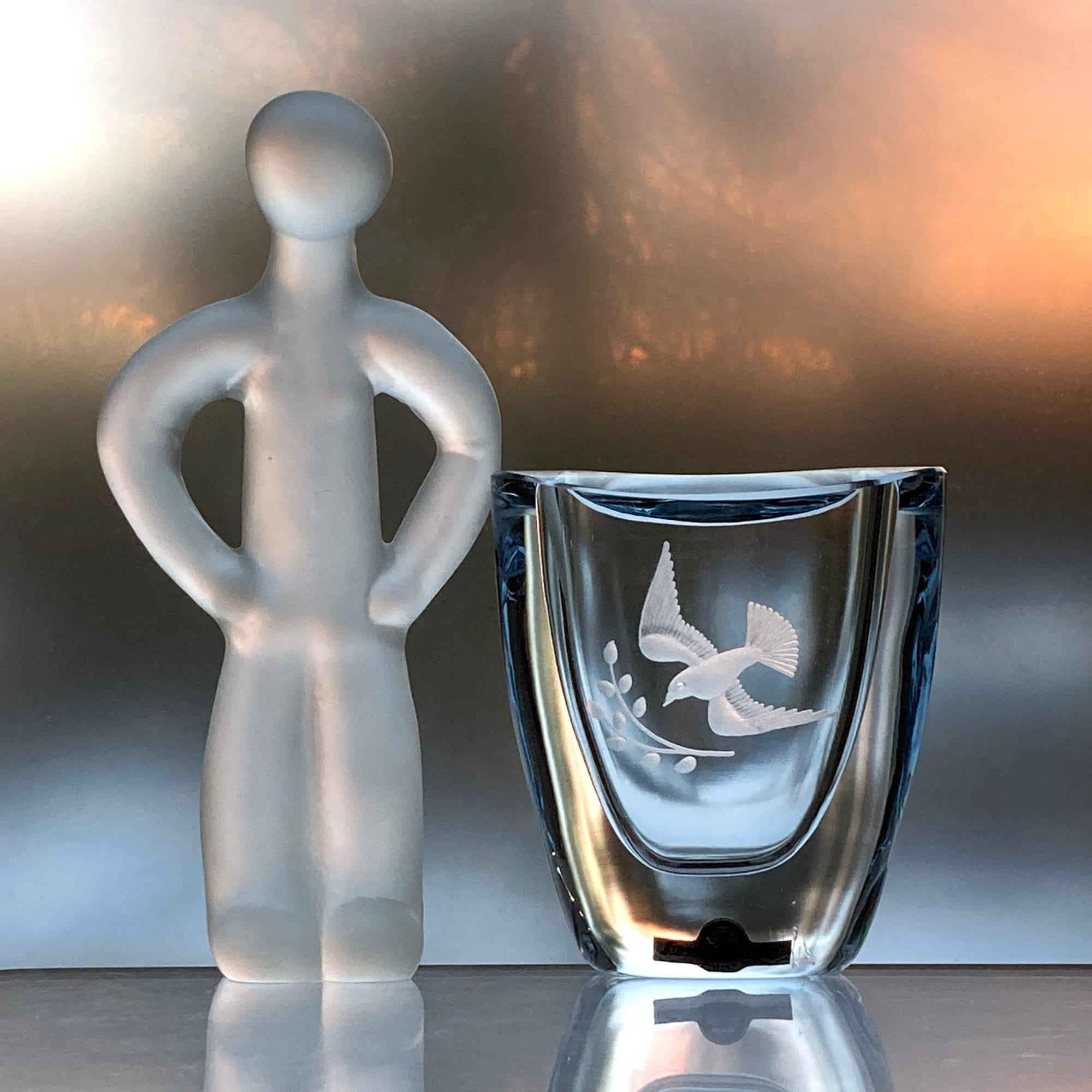 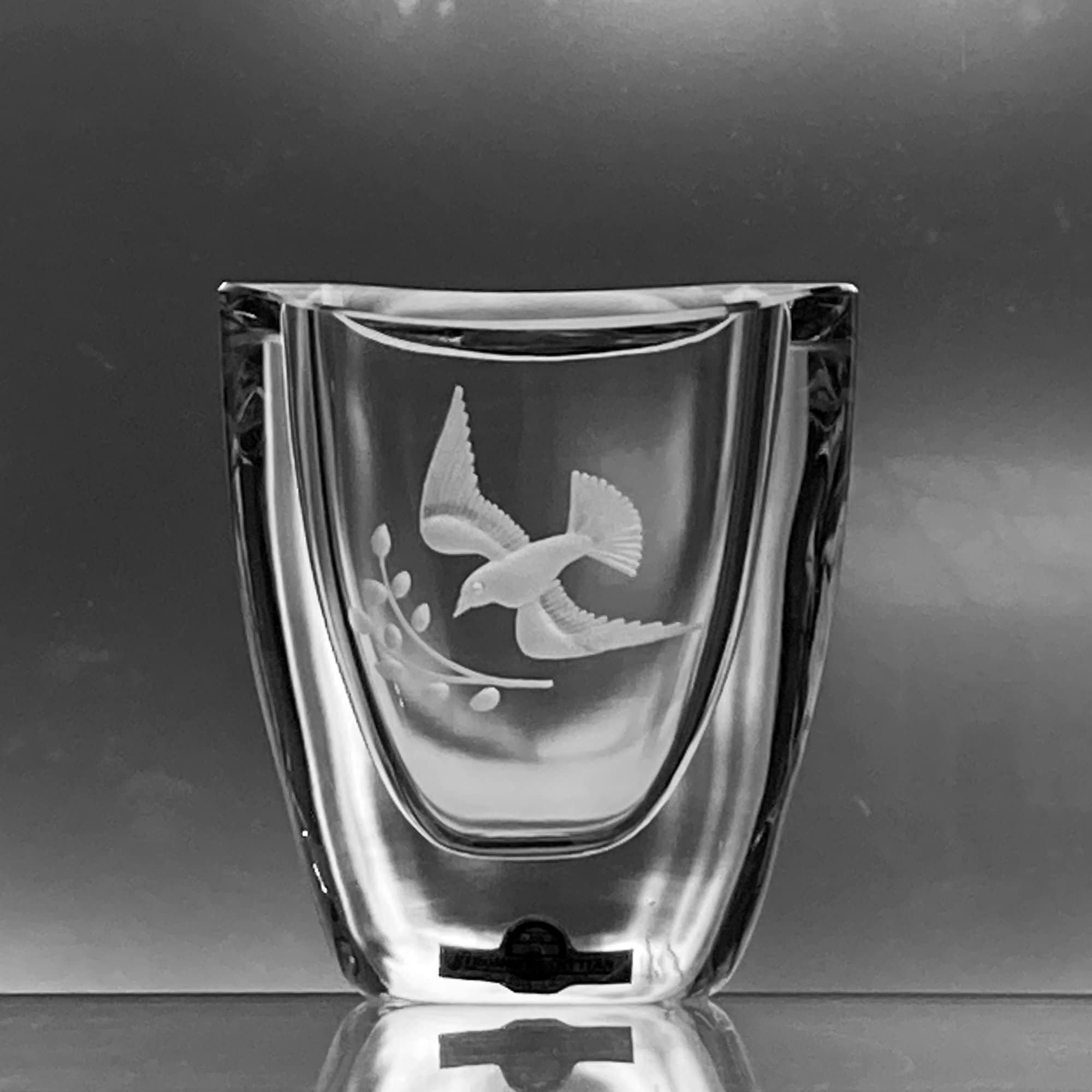 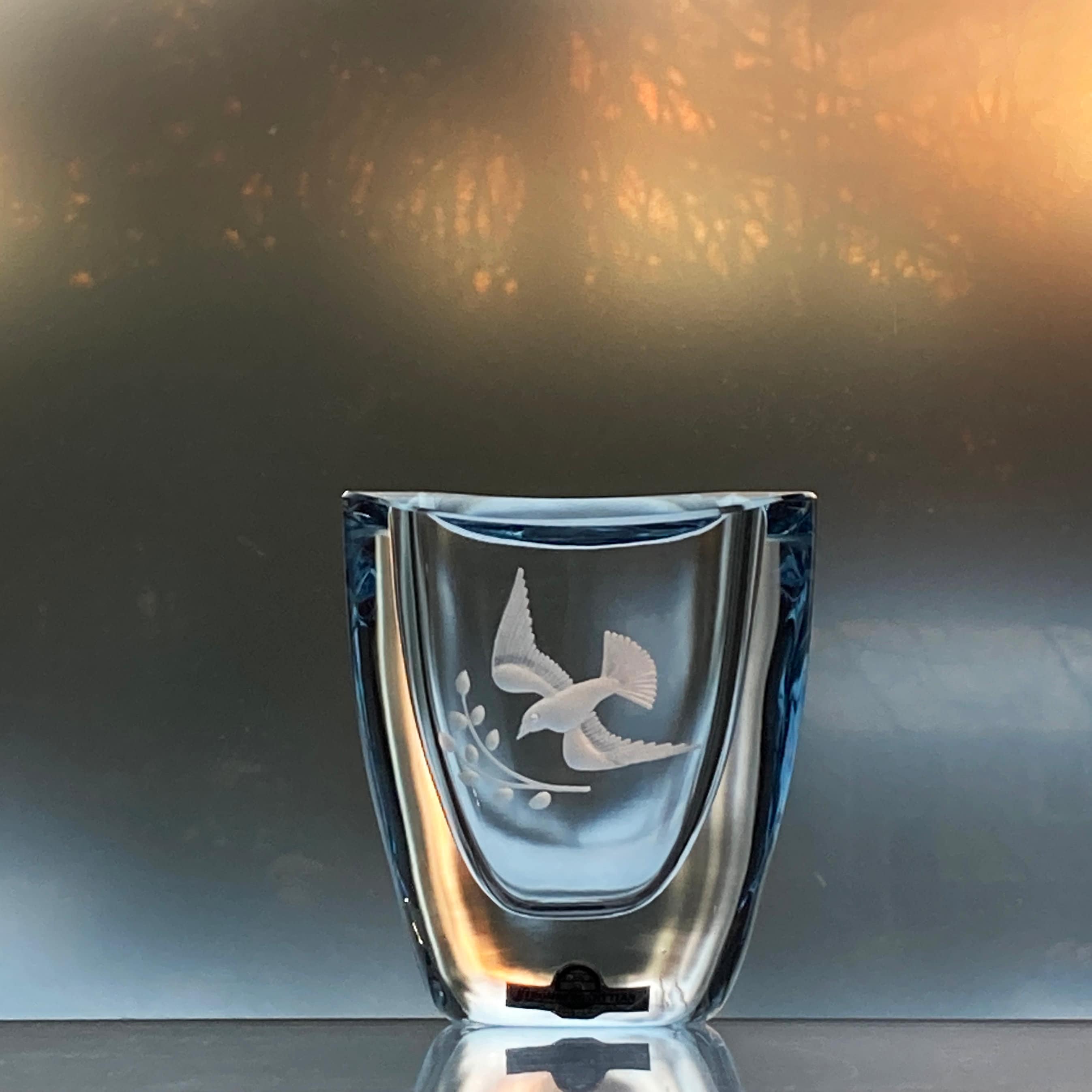 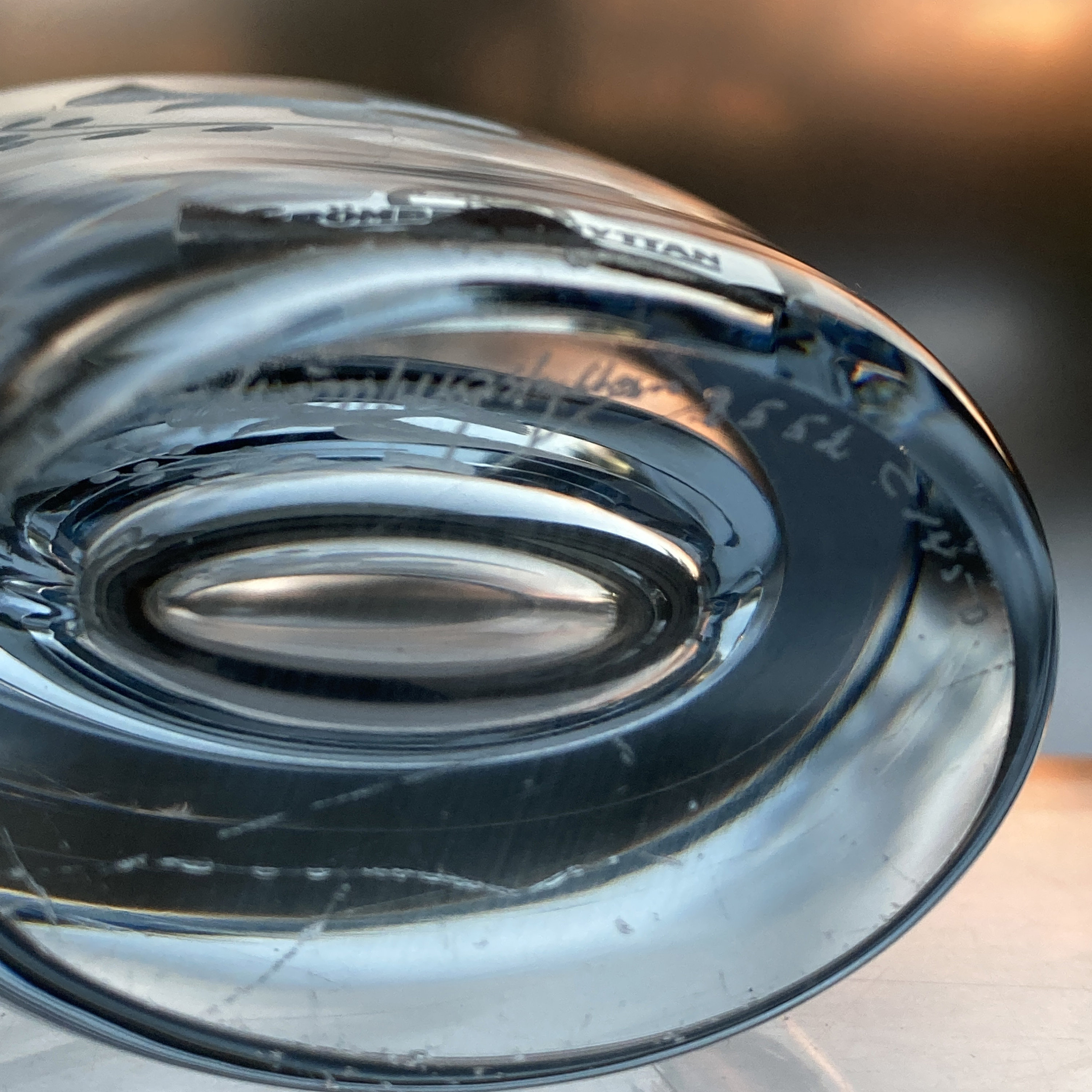 This charming Swedish vase depicts a beautiful dove with wings that sparkle in the sunshine. The vase is a perfect size for display on a bright windowsill or shelf; it's 2.25" by 5" wide and 4.75" high. It's also quite heavy, weighing almost 3 pounds, a consequence of the uniform, thick glass. It is in excellent condition, clear and sparkling. This piece is engraved using a hand-held engraving tool, sort of like a dental drill.