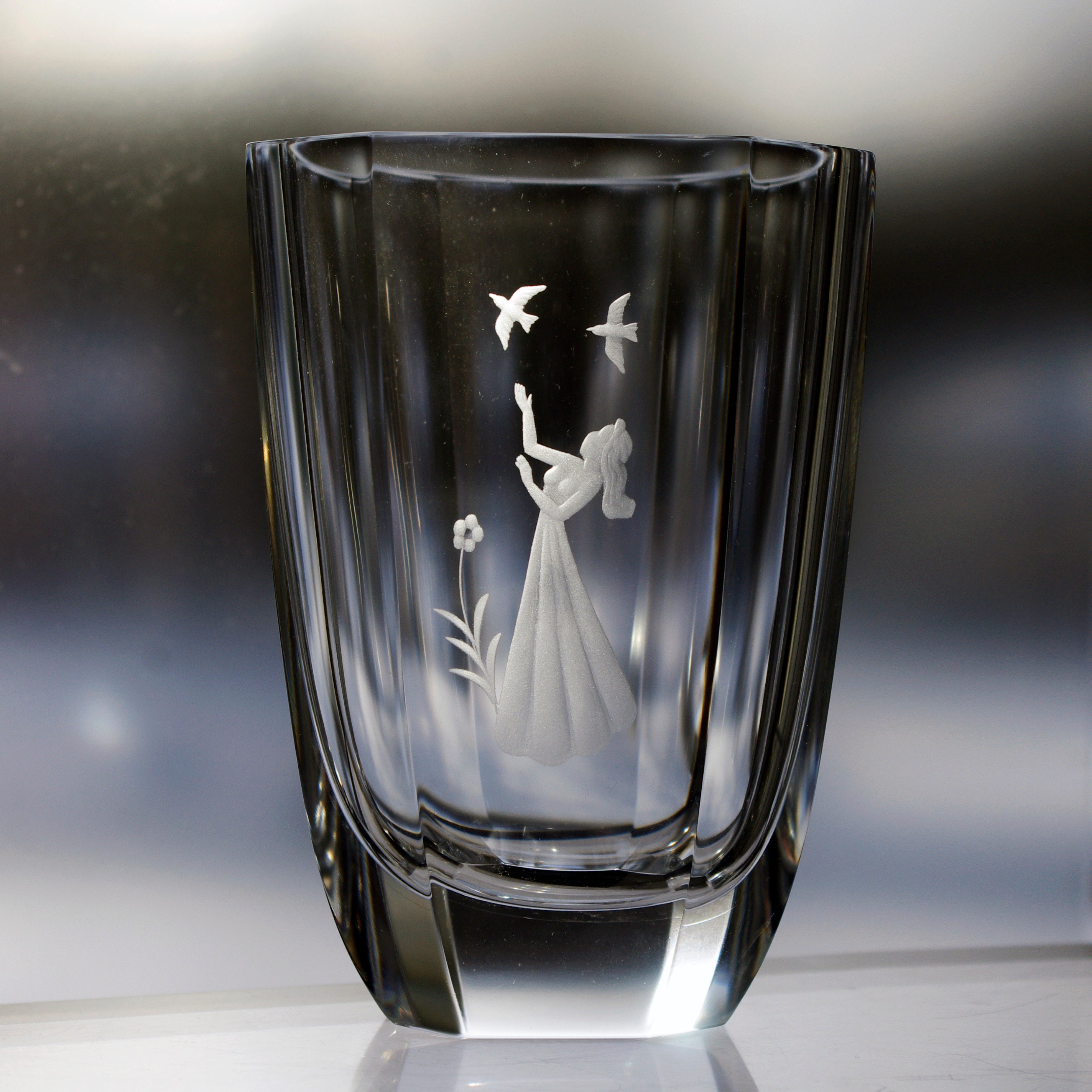 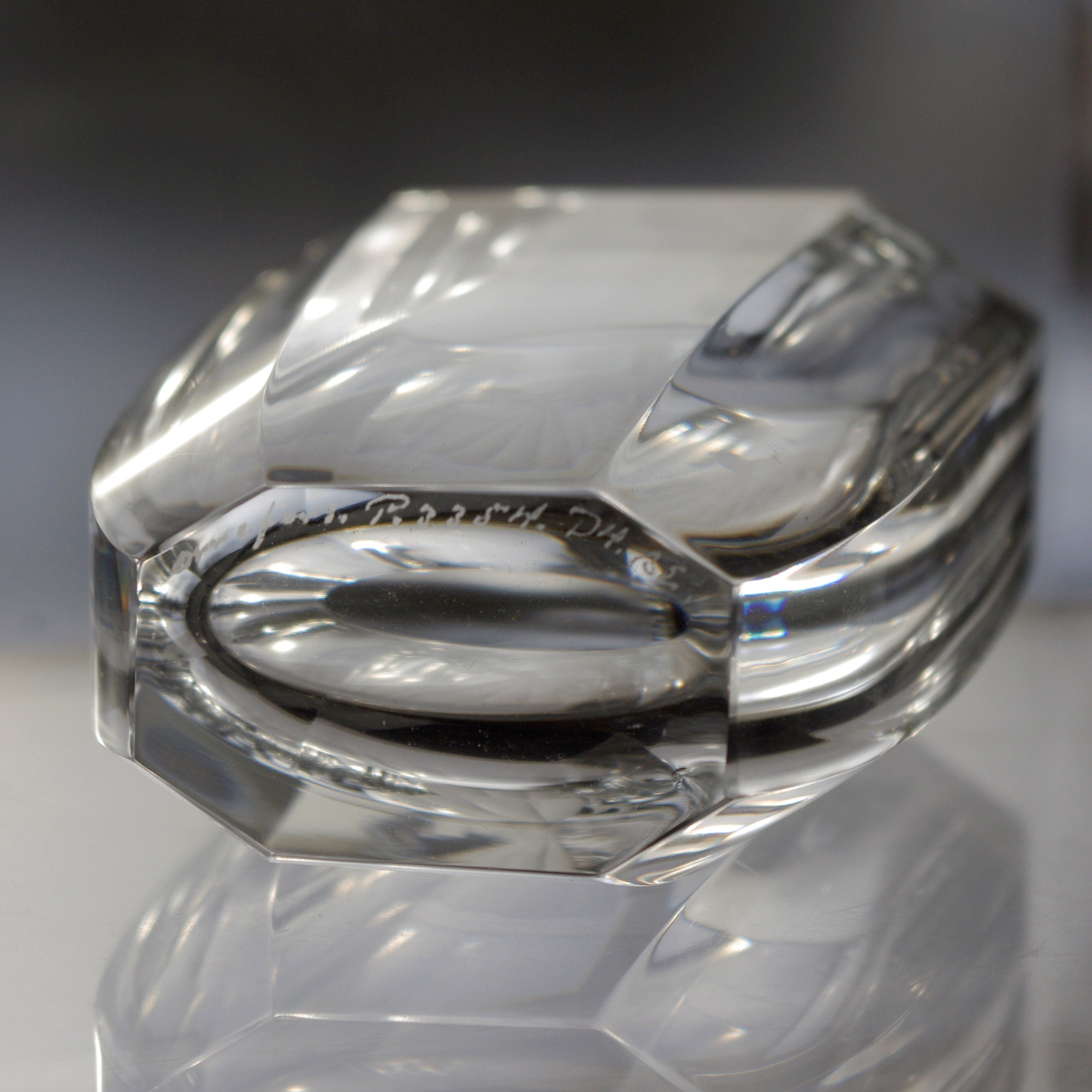 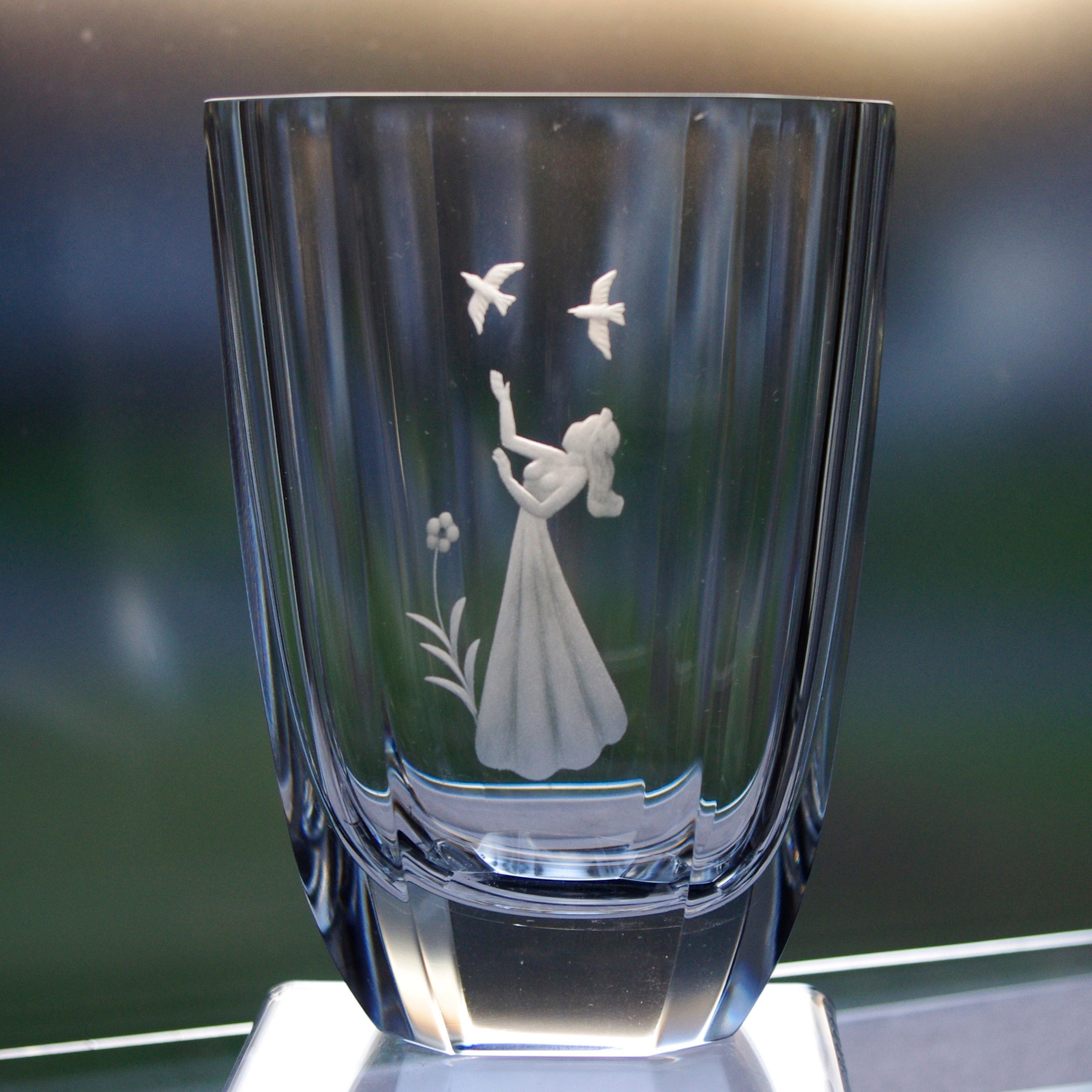 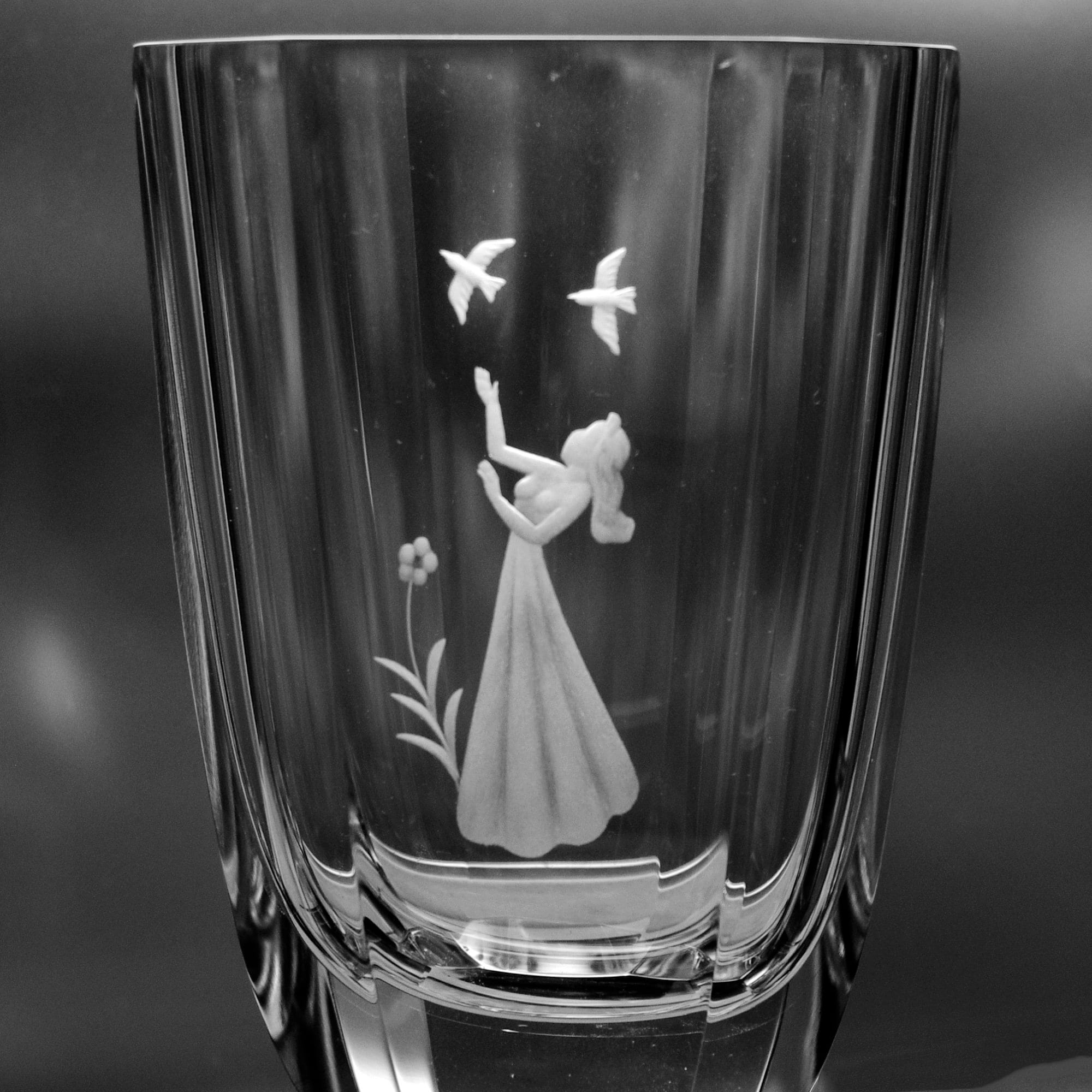 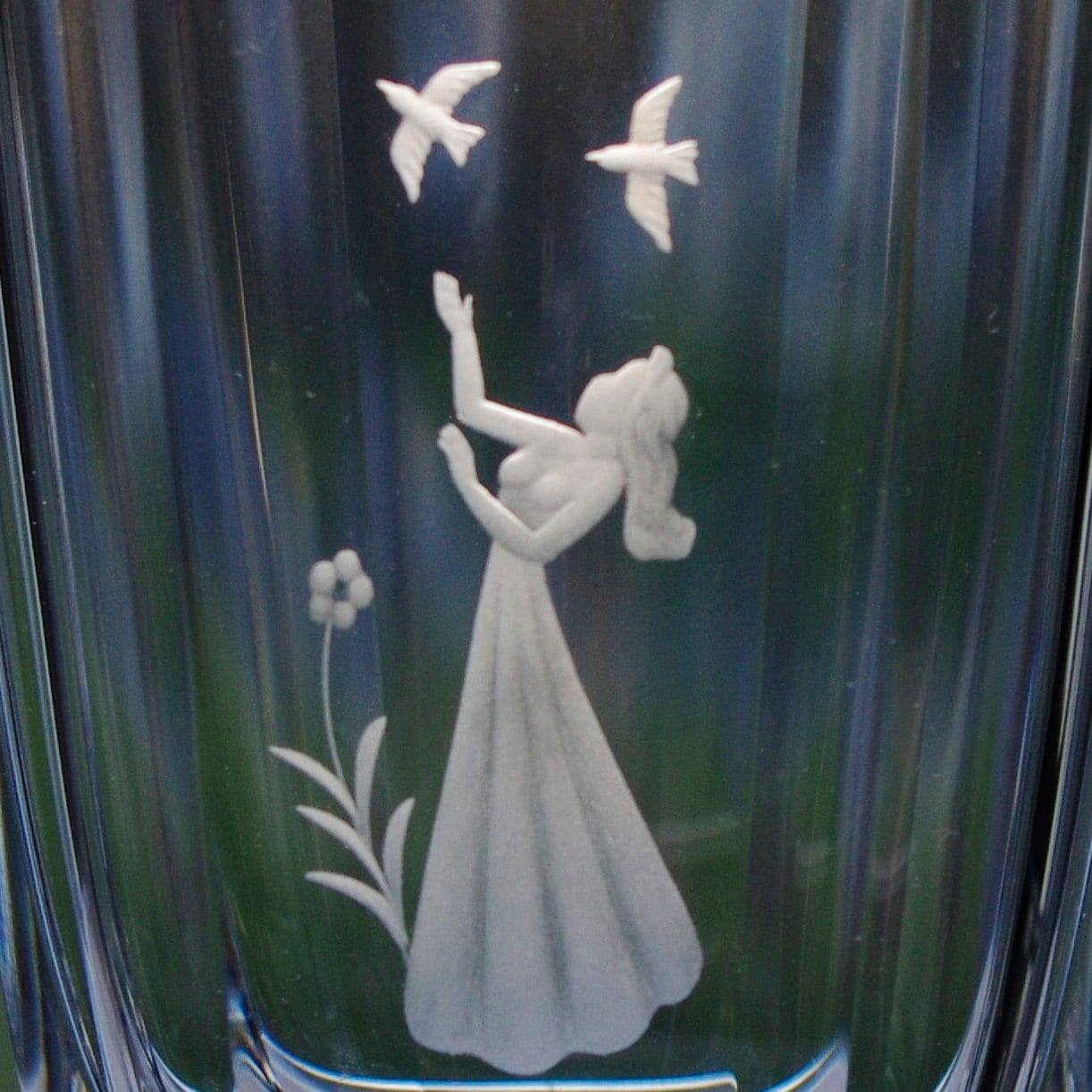 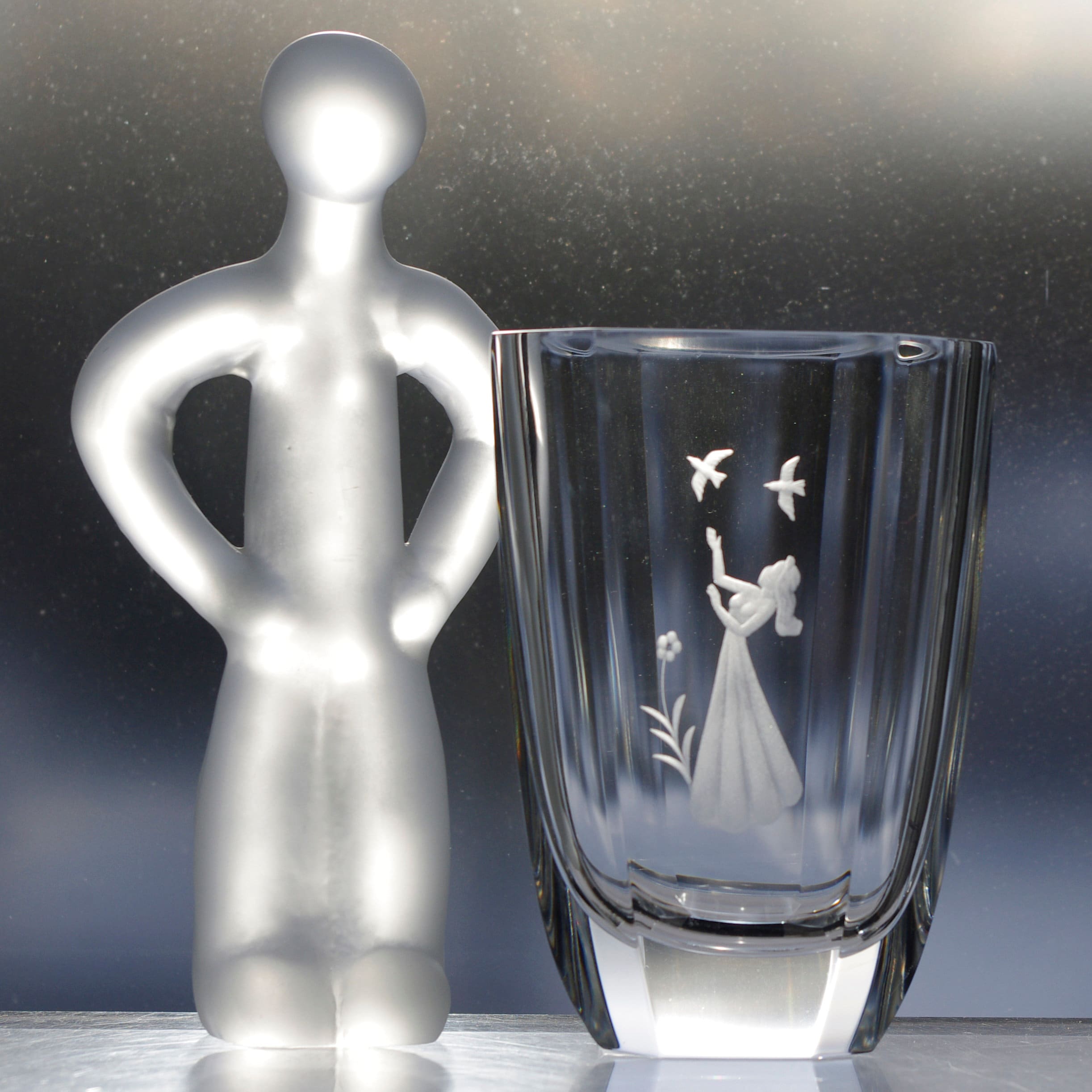 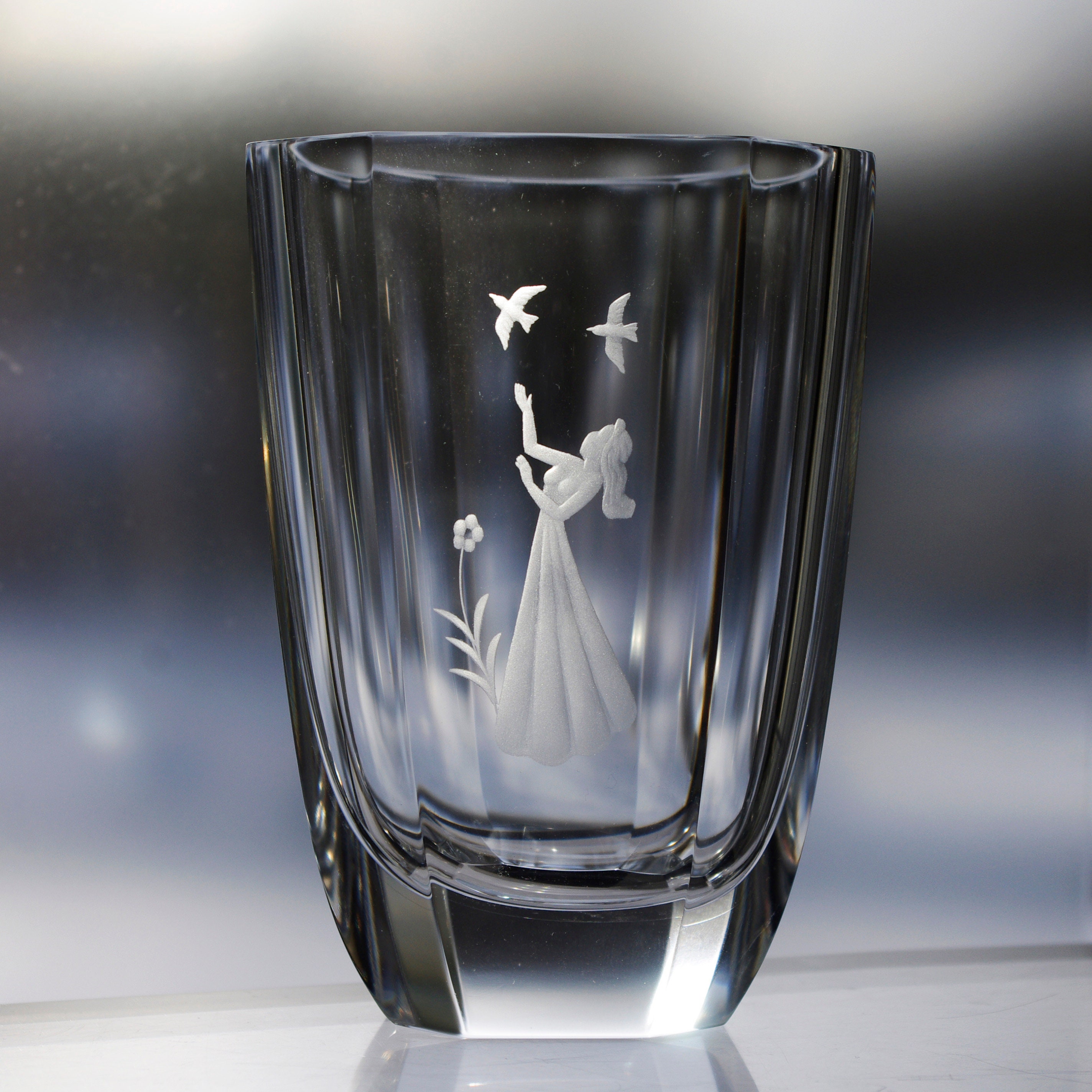 The extraordinary Swedish glass artist, Sven Palmqvist, designed this portrait of a lovely young women for Orrefors Glassworks. The crystal vase was handblown, planed to create the flat, smooth sides, and engraved using the traditional copper-wheel technique. The vase is 5.25" tall, and the opening at the rim is 3.75" by 2.25". It is well-marked, Orrefors P 3354 D4 BE, so that means it was designed by Sven Palmqvist, it was made in 1965, and the engraver was Börje Eriksson, whose tenure at Orrefors lasted from 1947 to 1996.
I can't find a flaw on it!