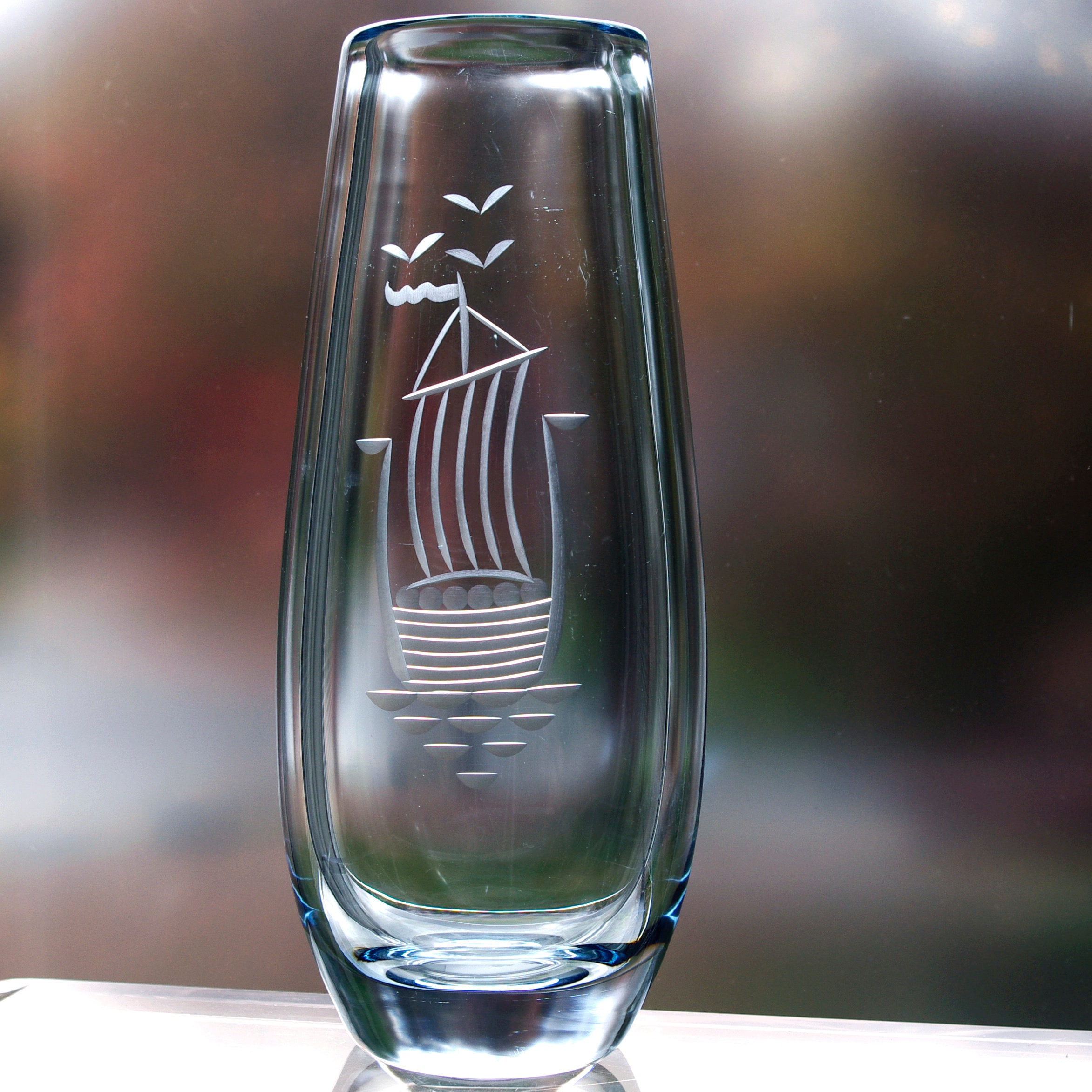 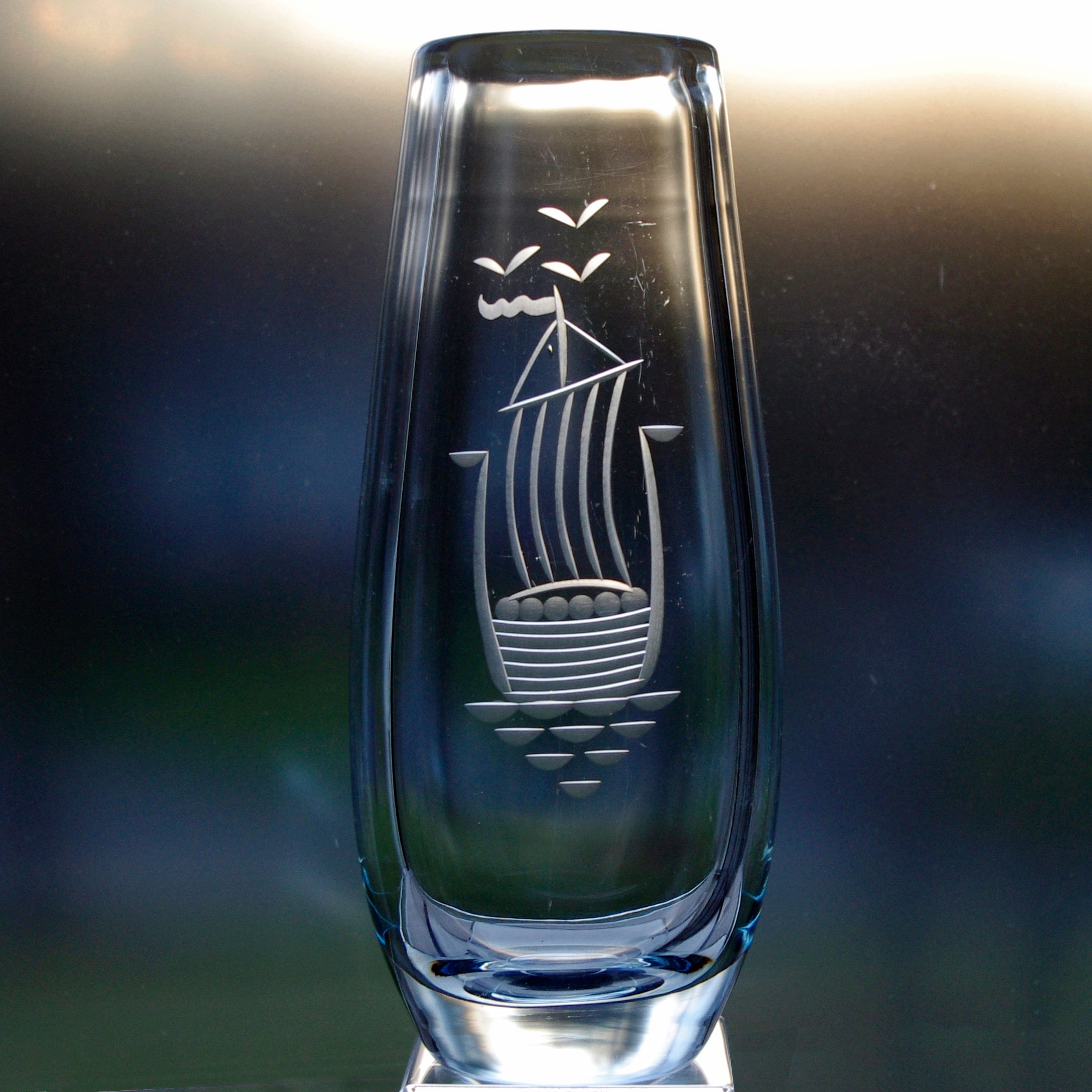 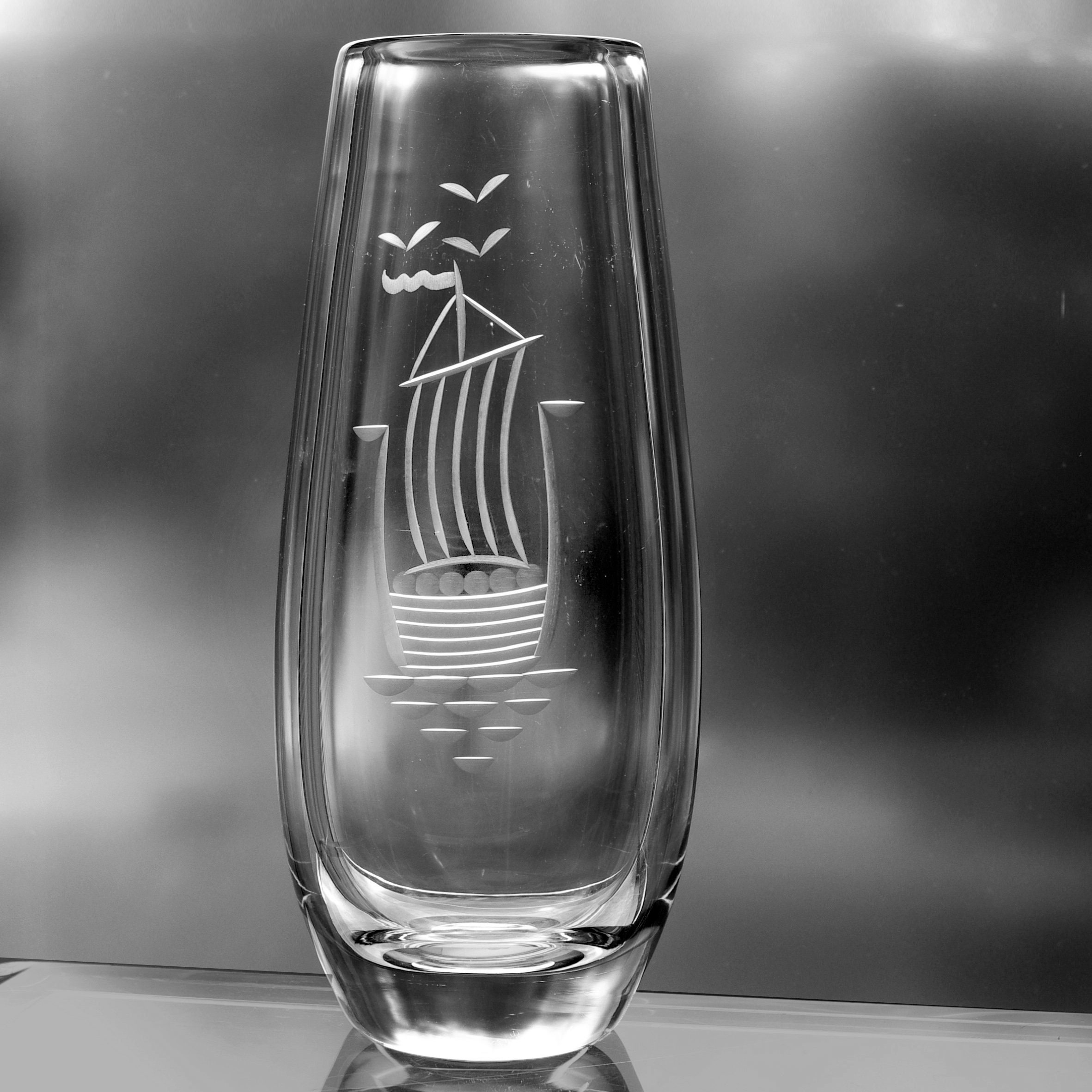 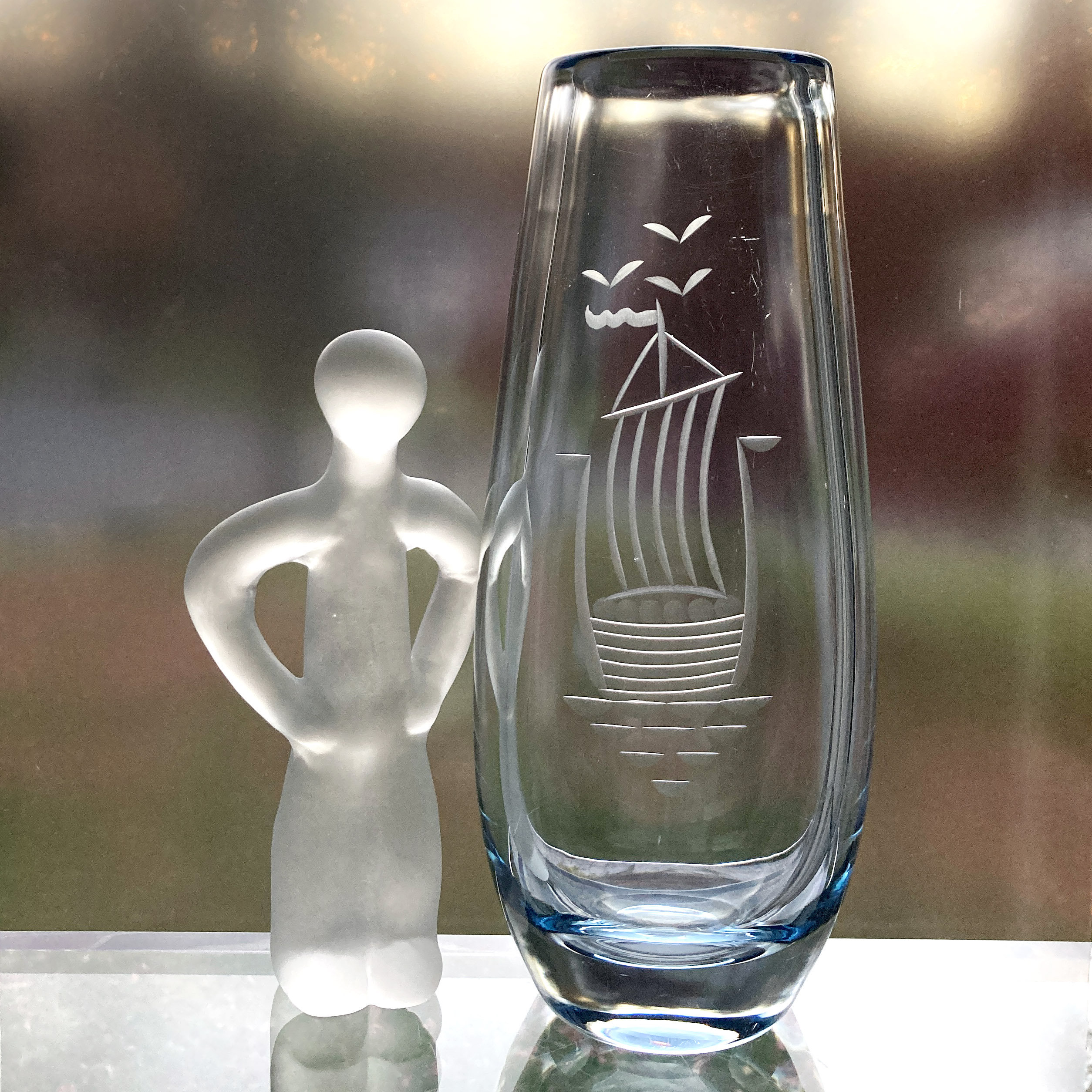 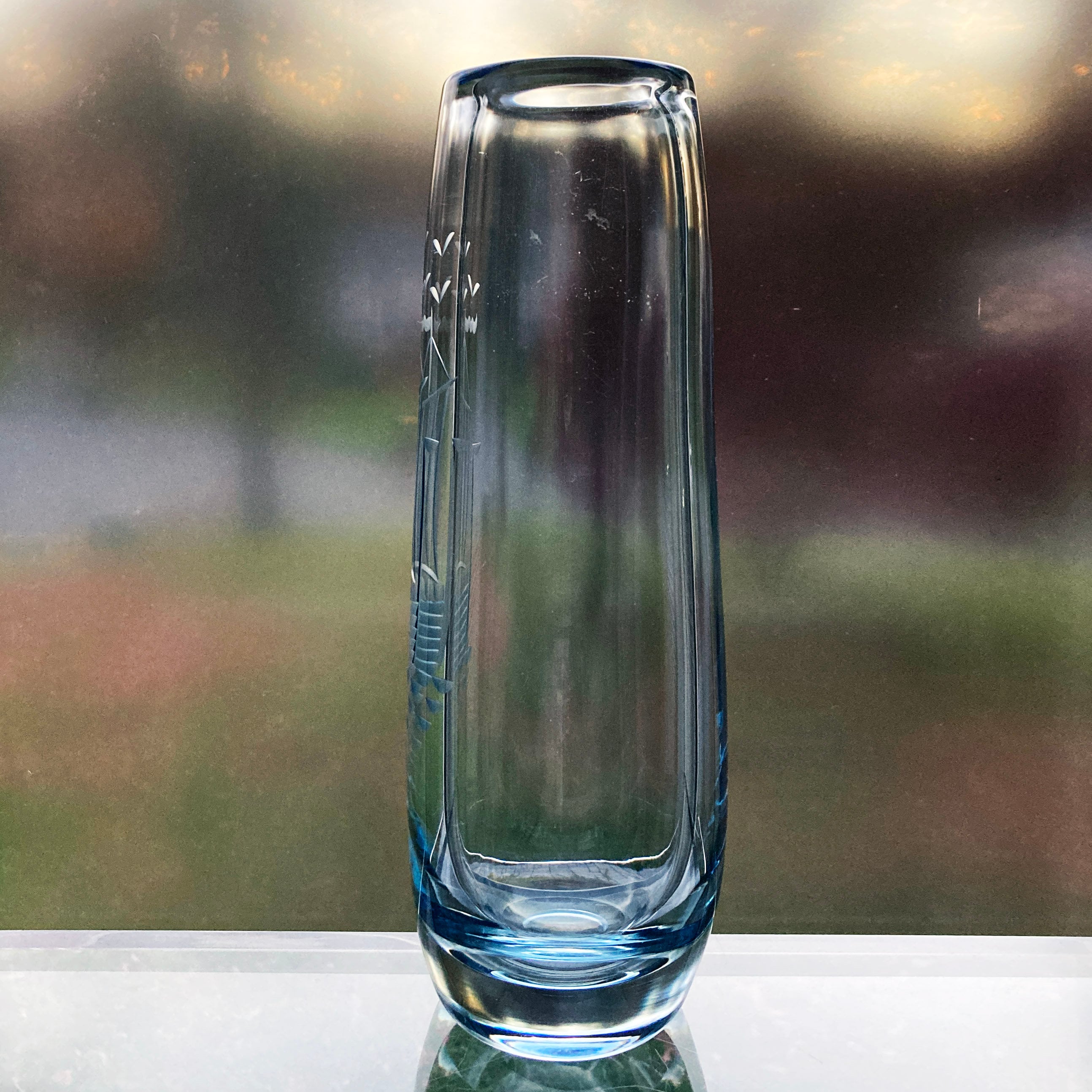 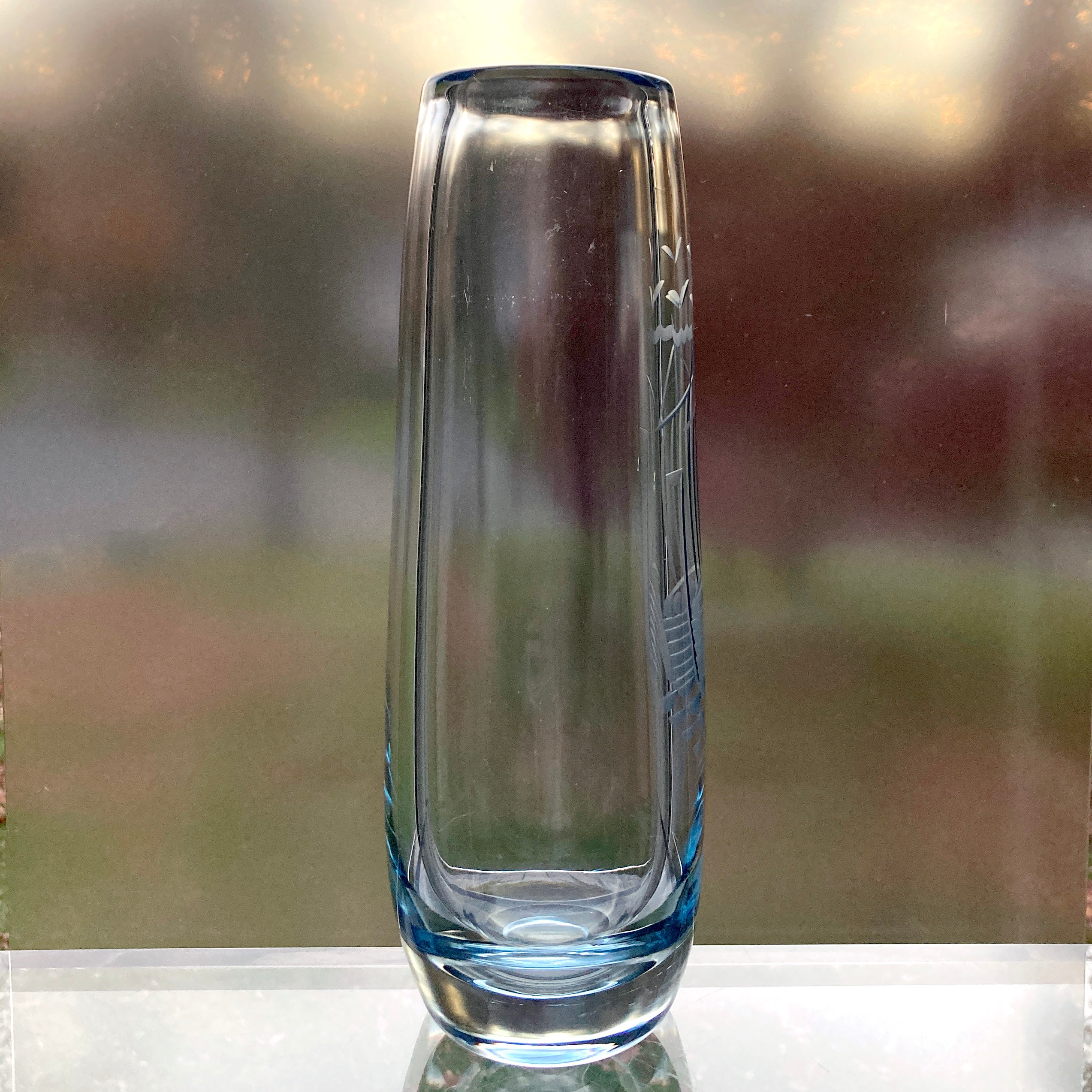 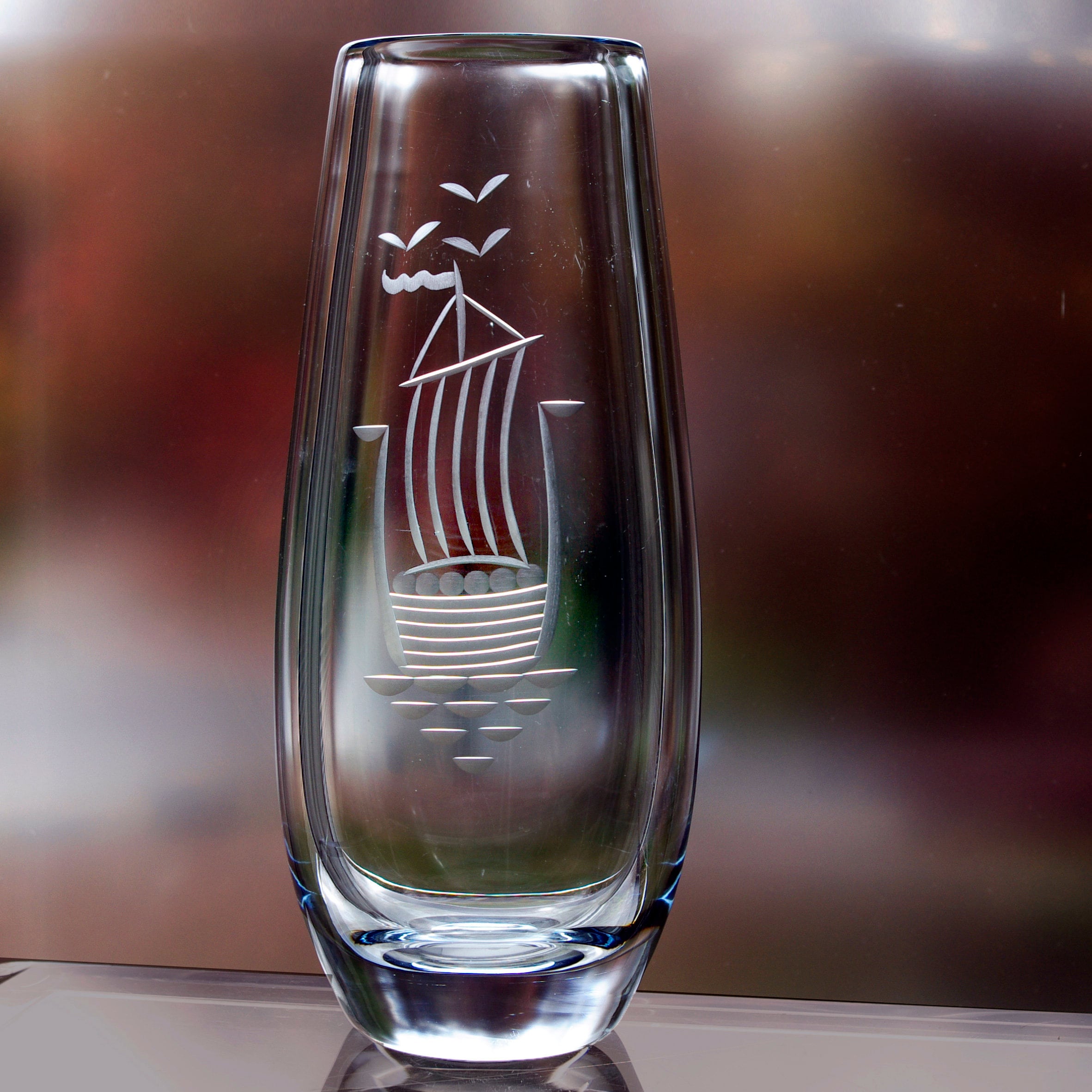 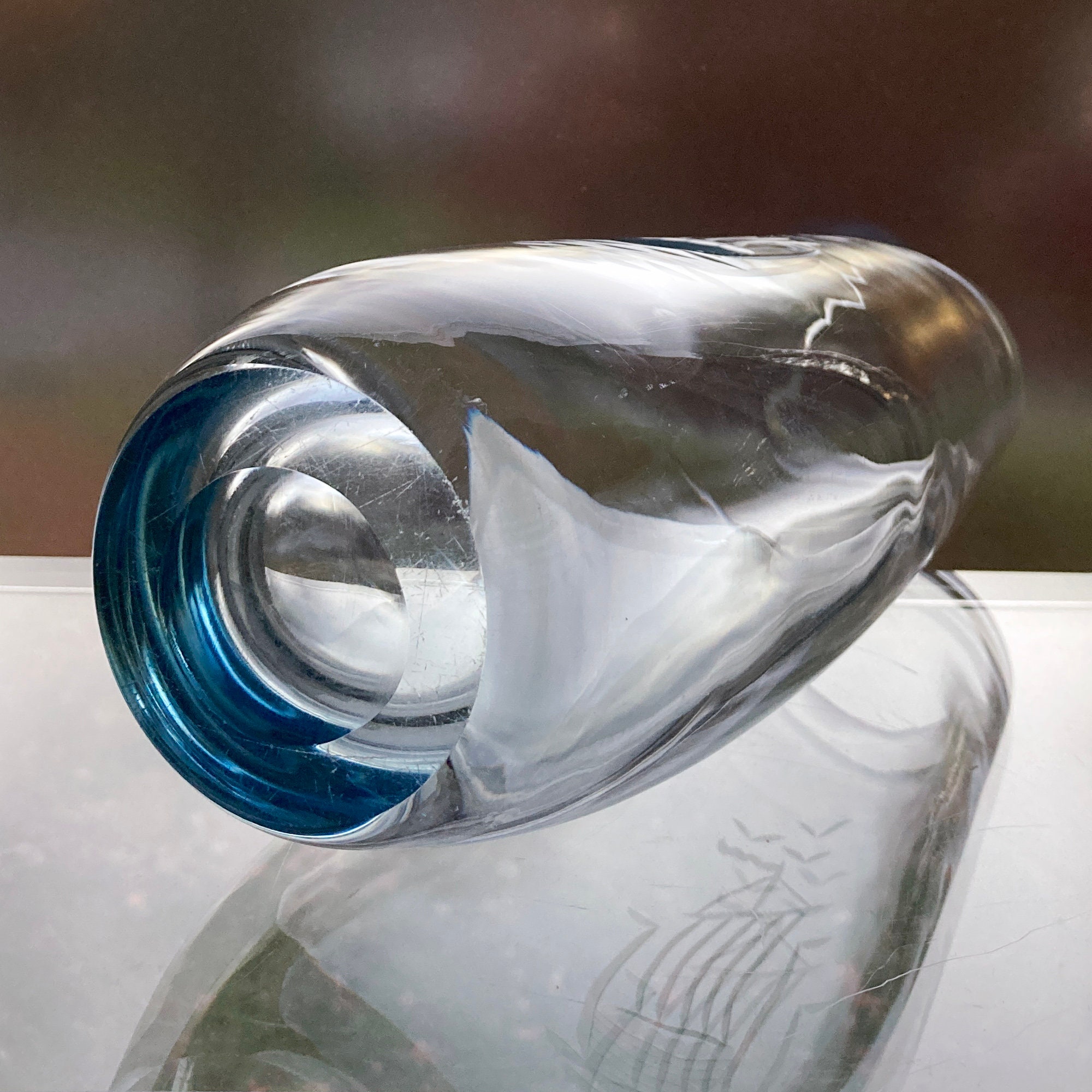 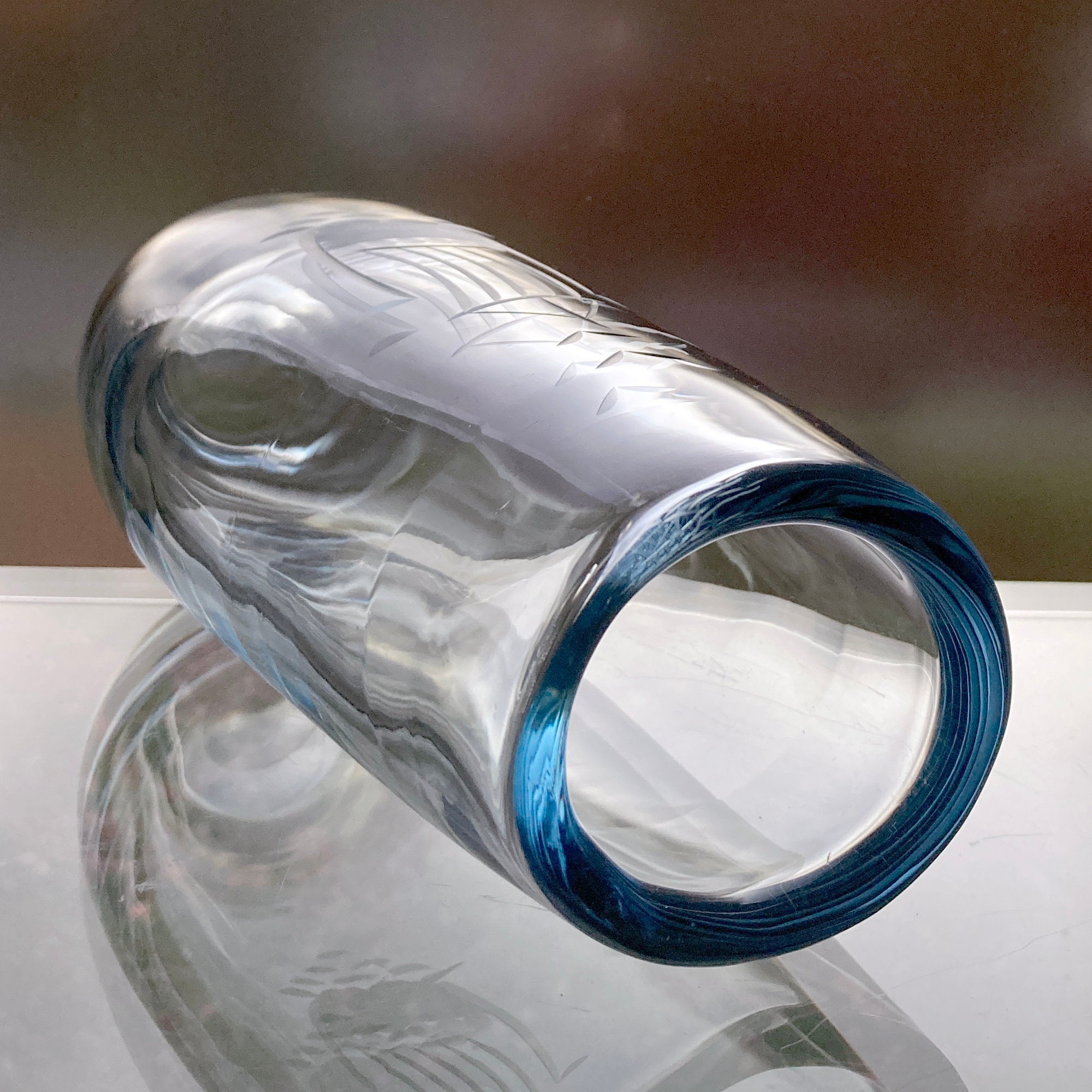 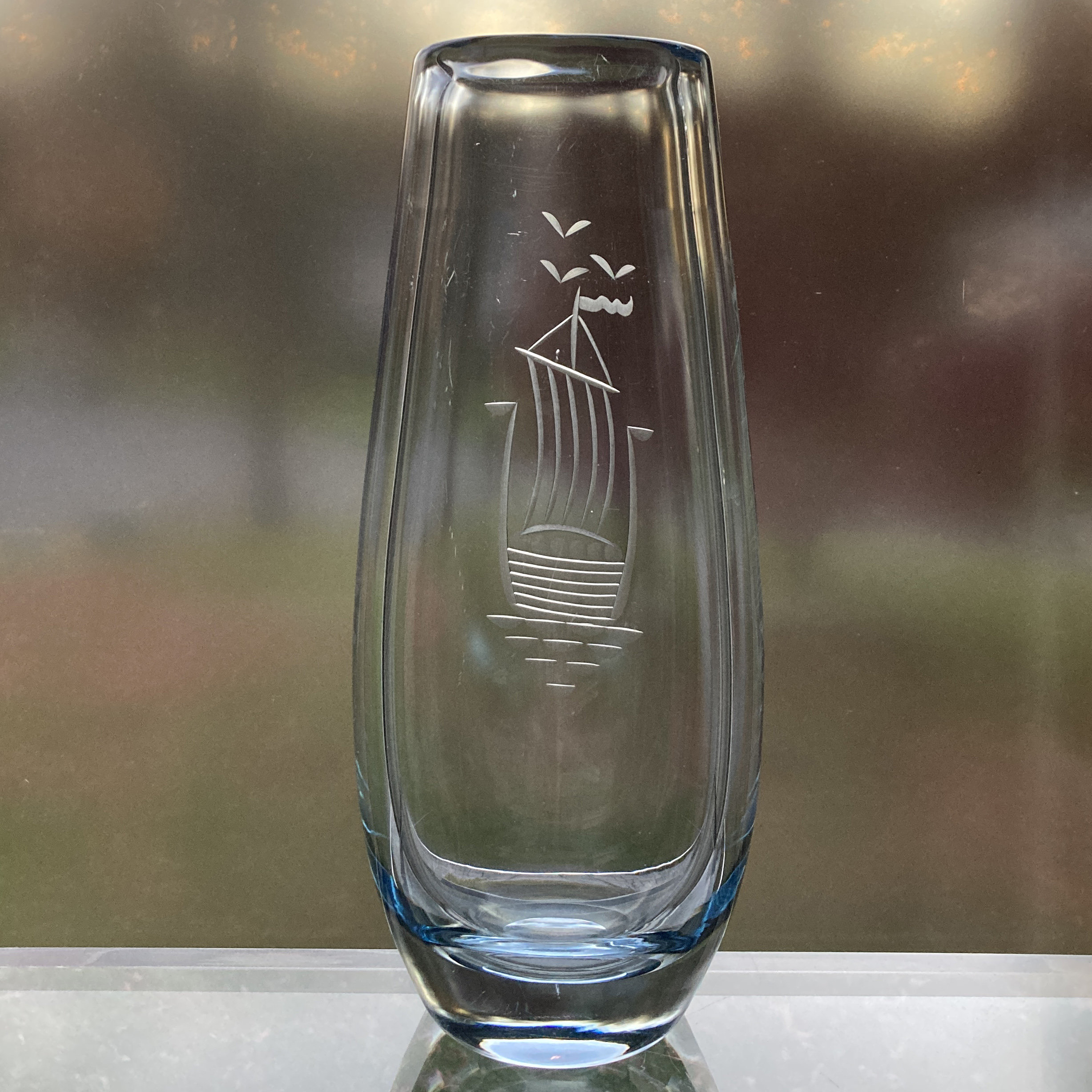 Randsfjord Glassworks created this decorative vase in their signature ice blue glass, and engraved with a sturdy Norse Viking ship. The vase is unsigned but has an original label that someone moved to the base. The diameter is 4" and it is 10" tall; it weighs just over 3 pounds. There are some scratches, especially on the side of the vase. With a vase of this age, I always take that as a sign of a life well-lived, particularly apt for Vikings.