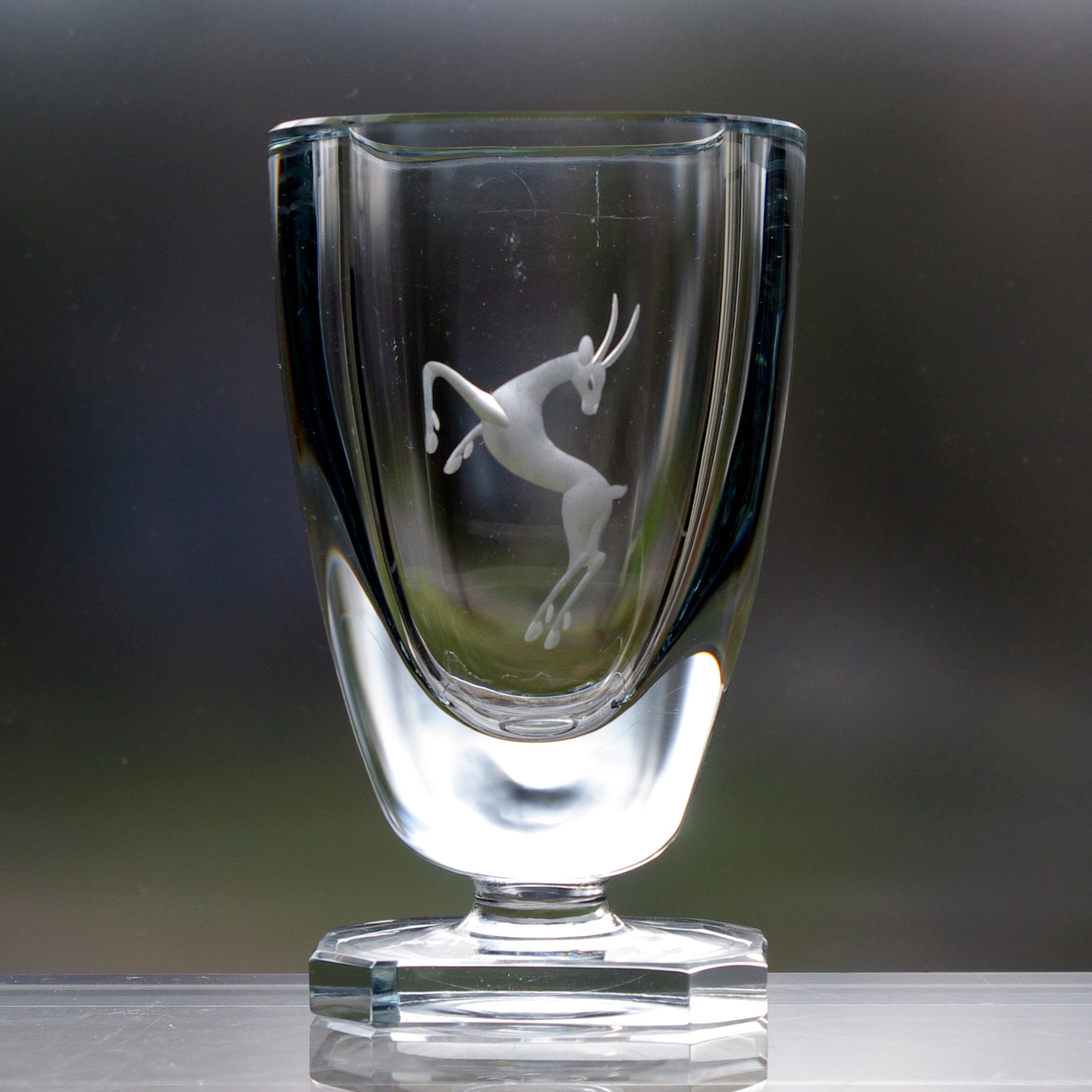 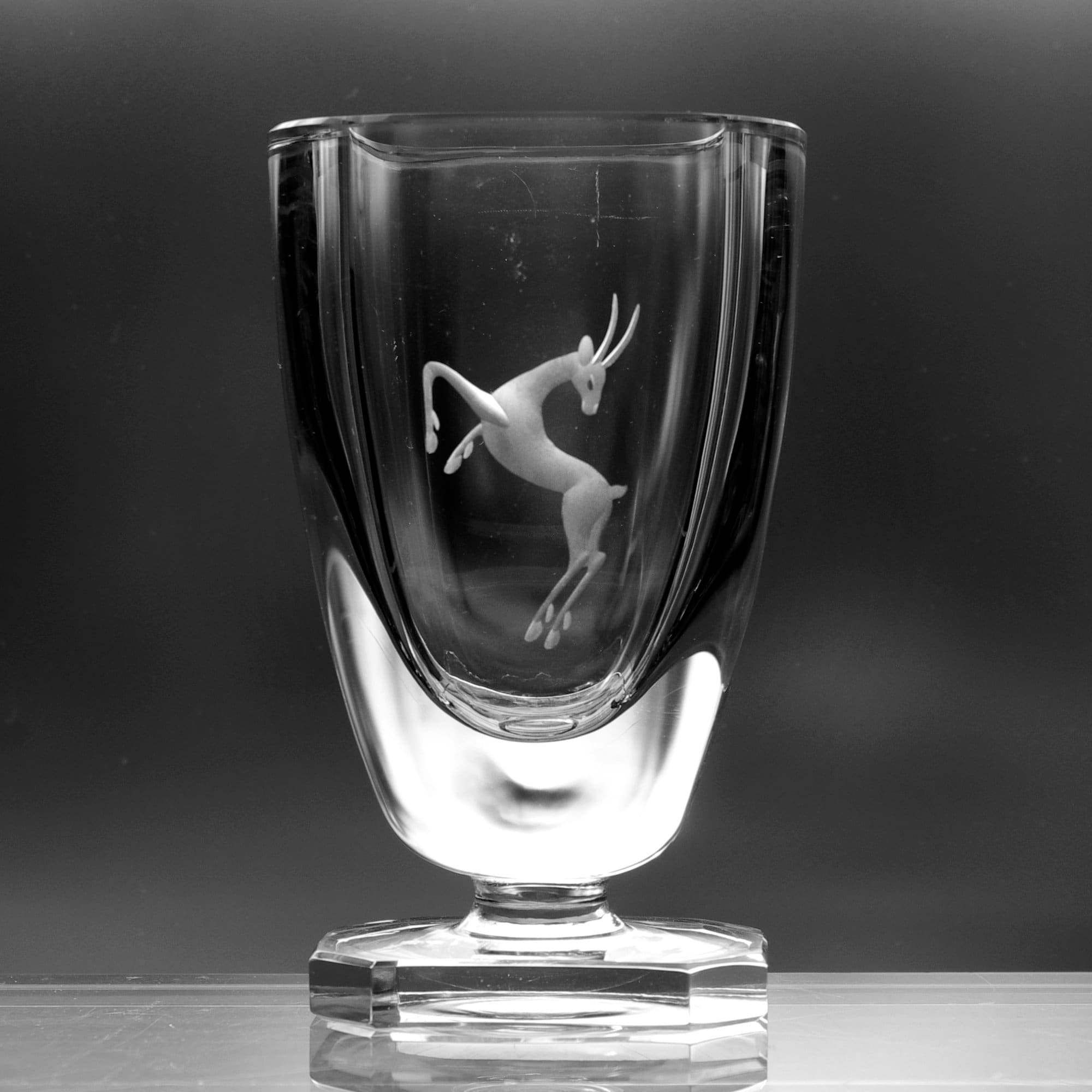 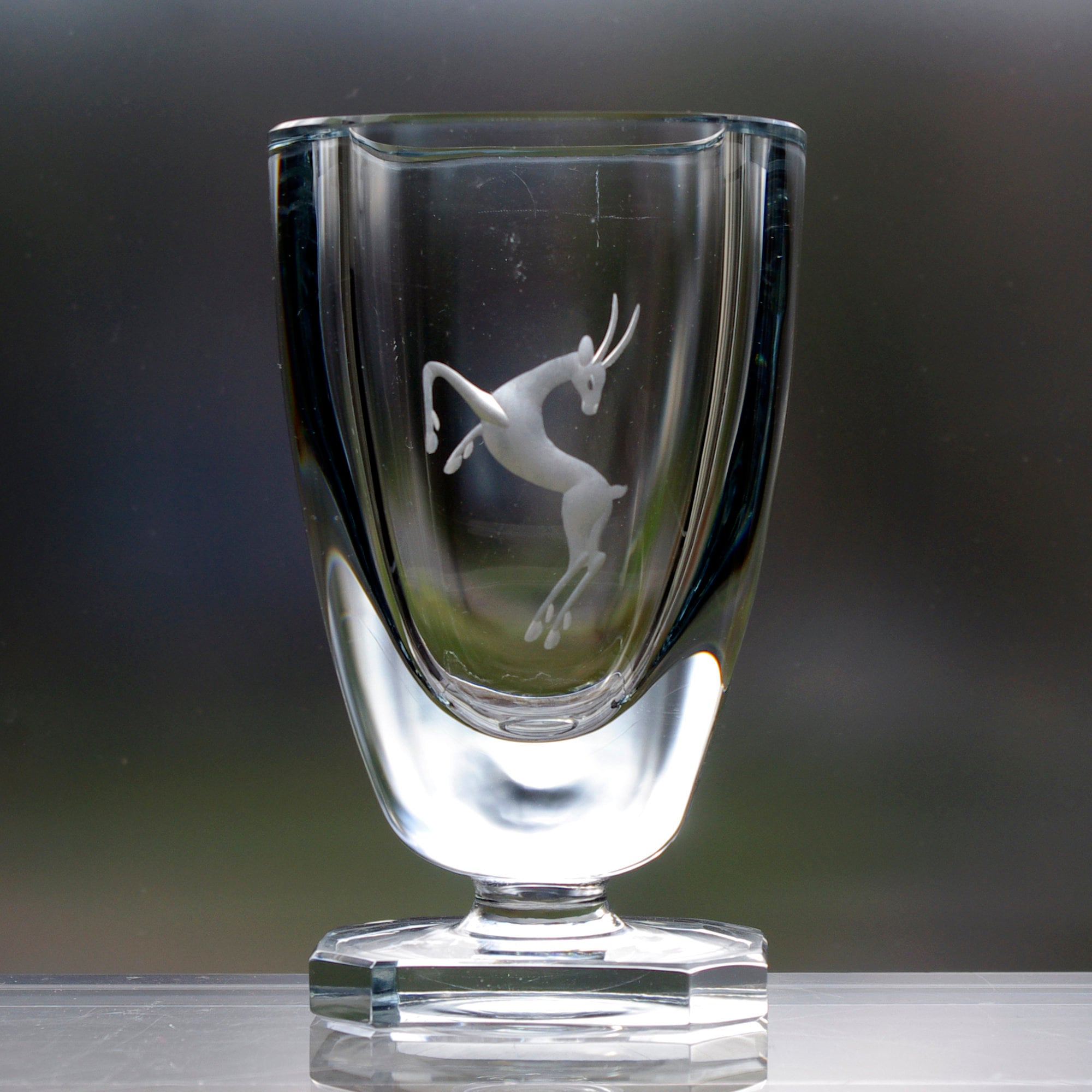 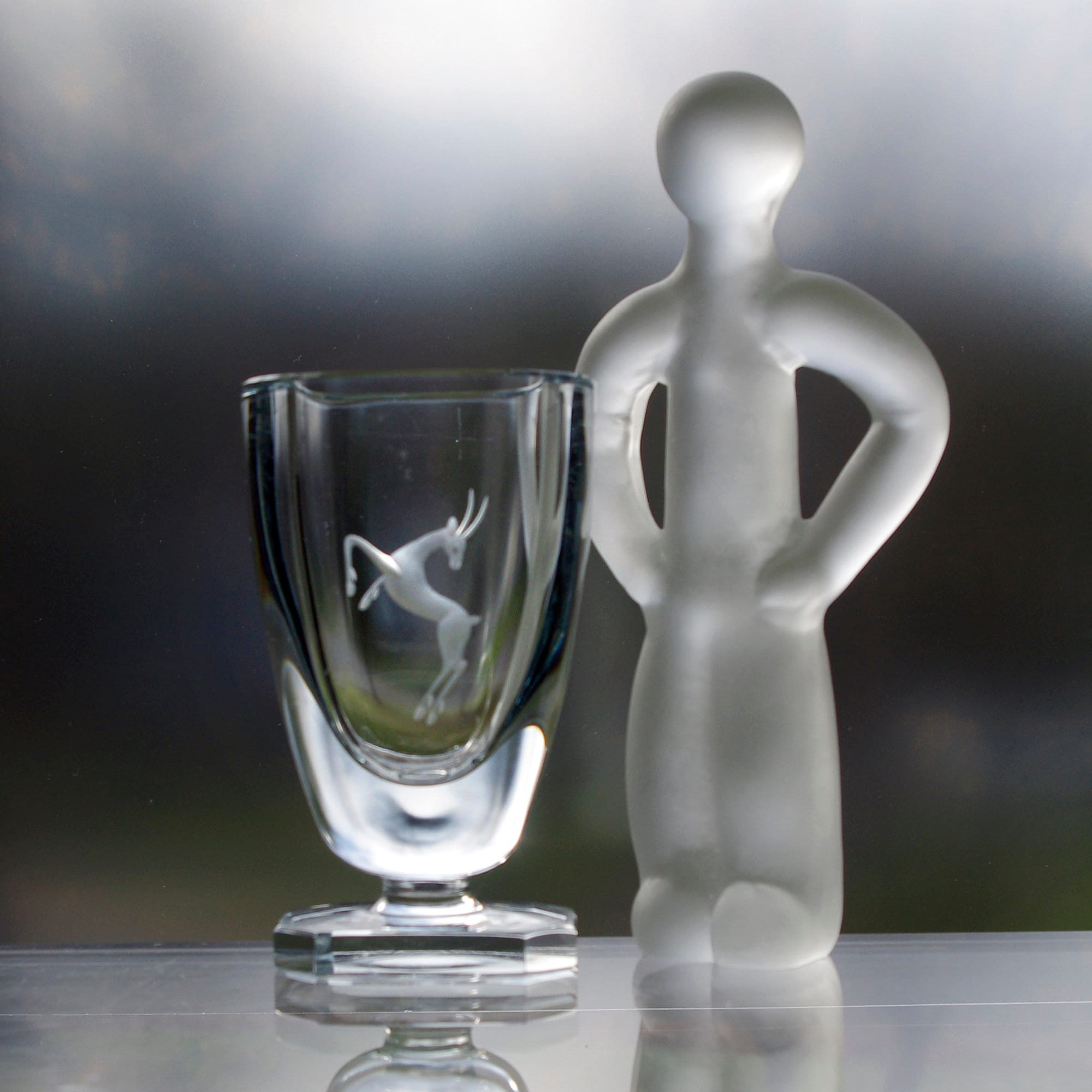 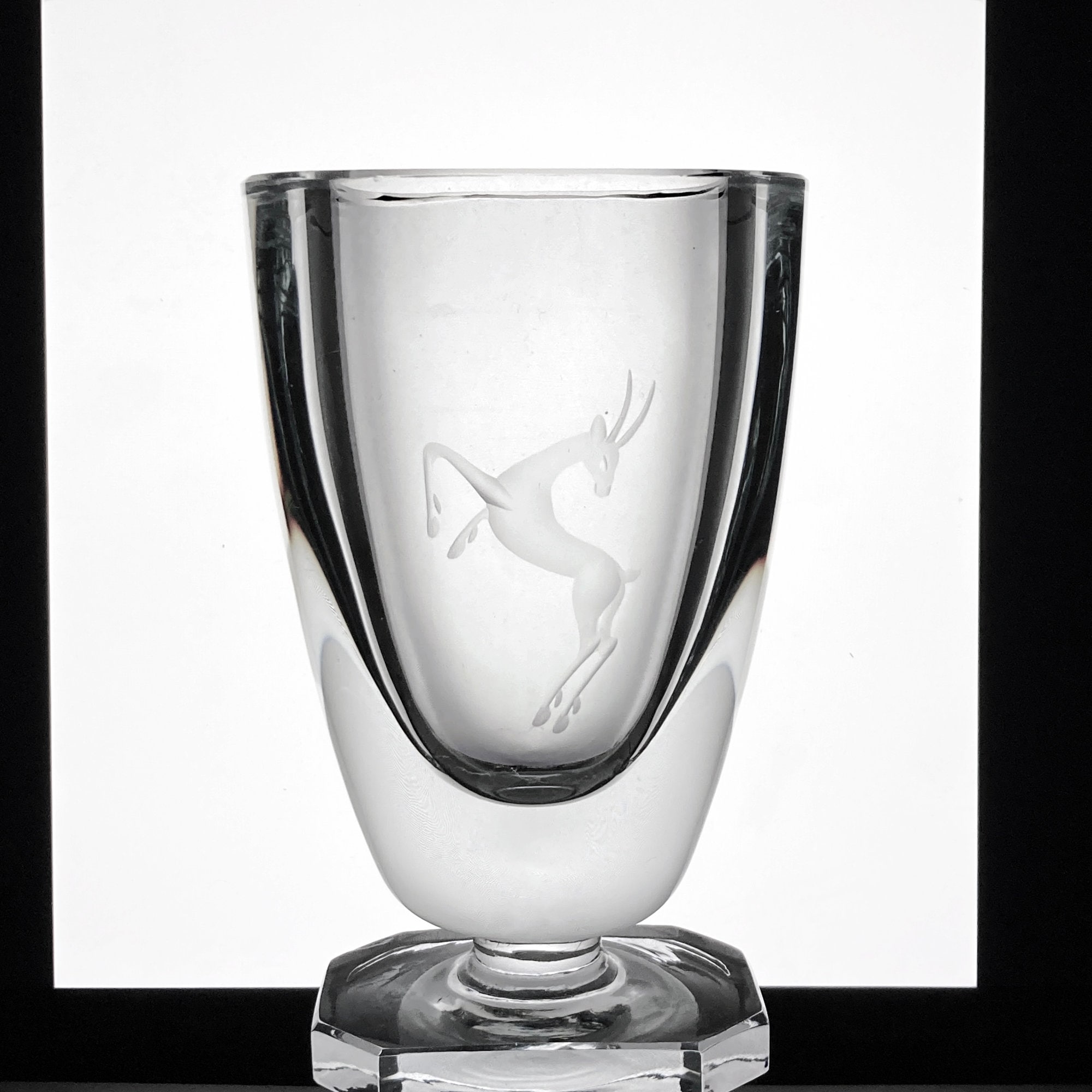 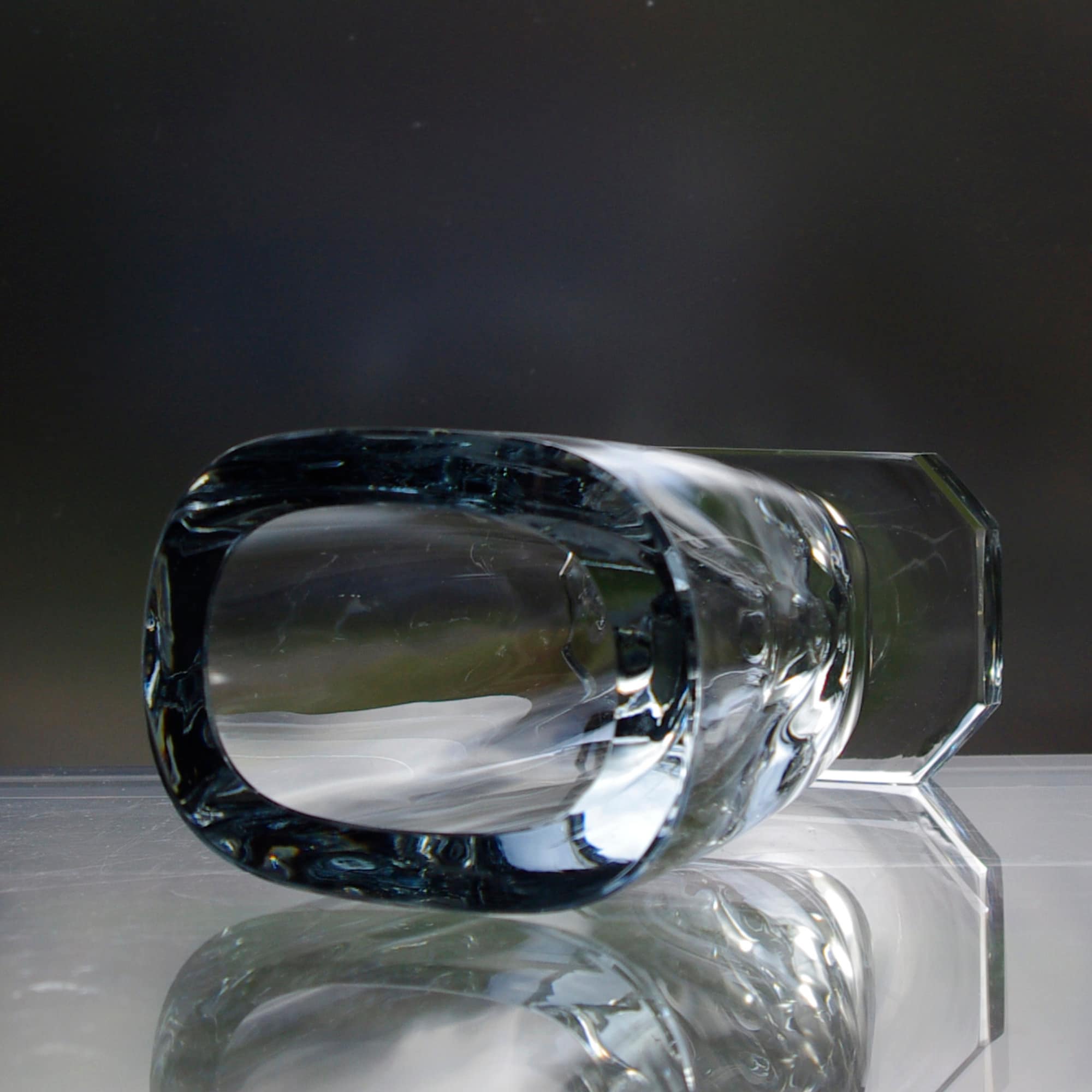 This beautiful vintage vase depicts a deer, leaping gracefully. It is 4.5" high and weighs 1.5 pounds. It is a perfect size for display on a desk or shelf. It is in excellent condition, clear and sparkling. It may also be a deer, a gazelle, an impala, a springbok, or an antelope.