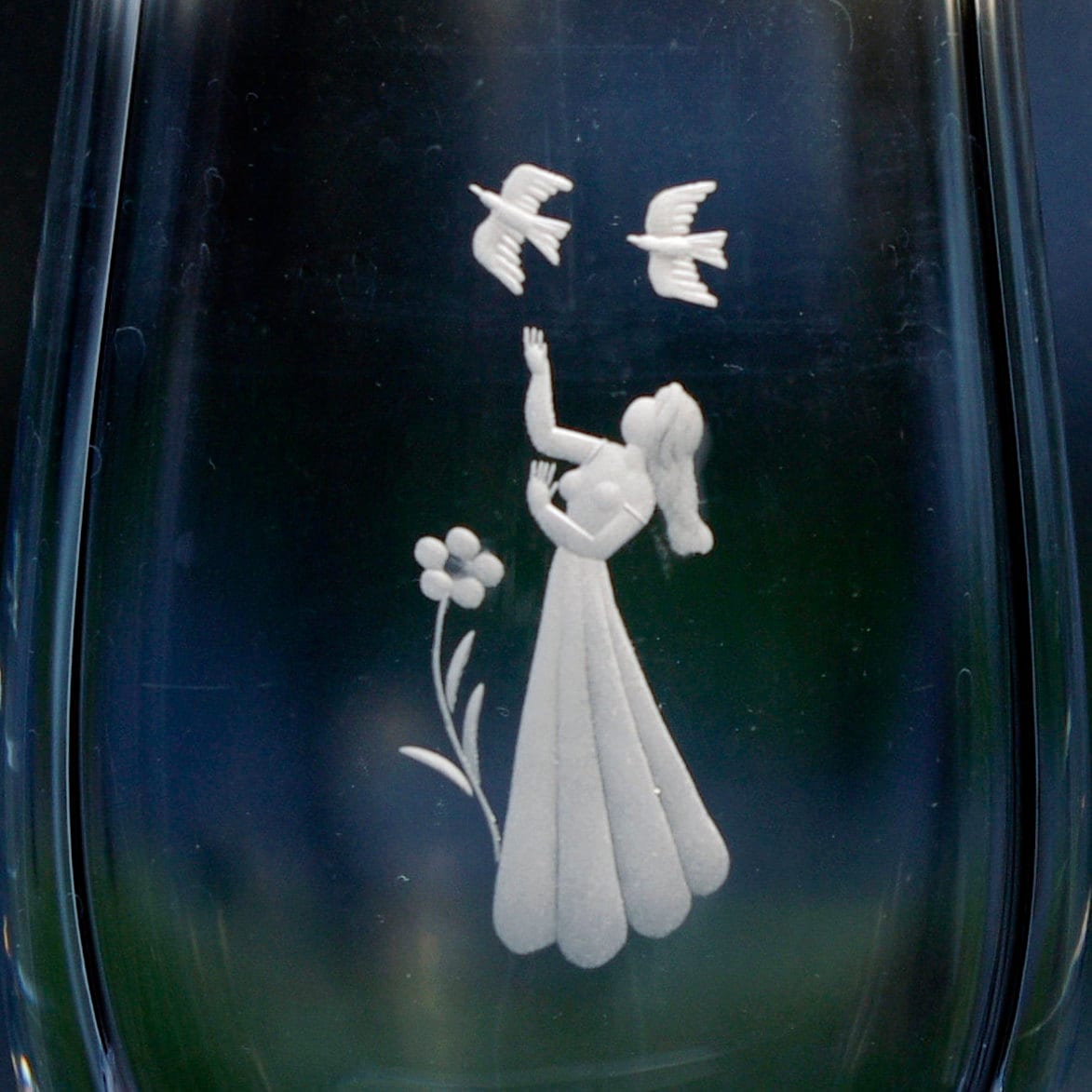 The extraordinary Swedish glass artist, Sven Palmqvist, designed this portrait of a lovely young women for Orrefors Glassworks. The crystal vase was handblown, and it was engraved using the traditional copper-wheel technique.