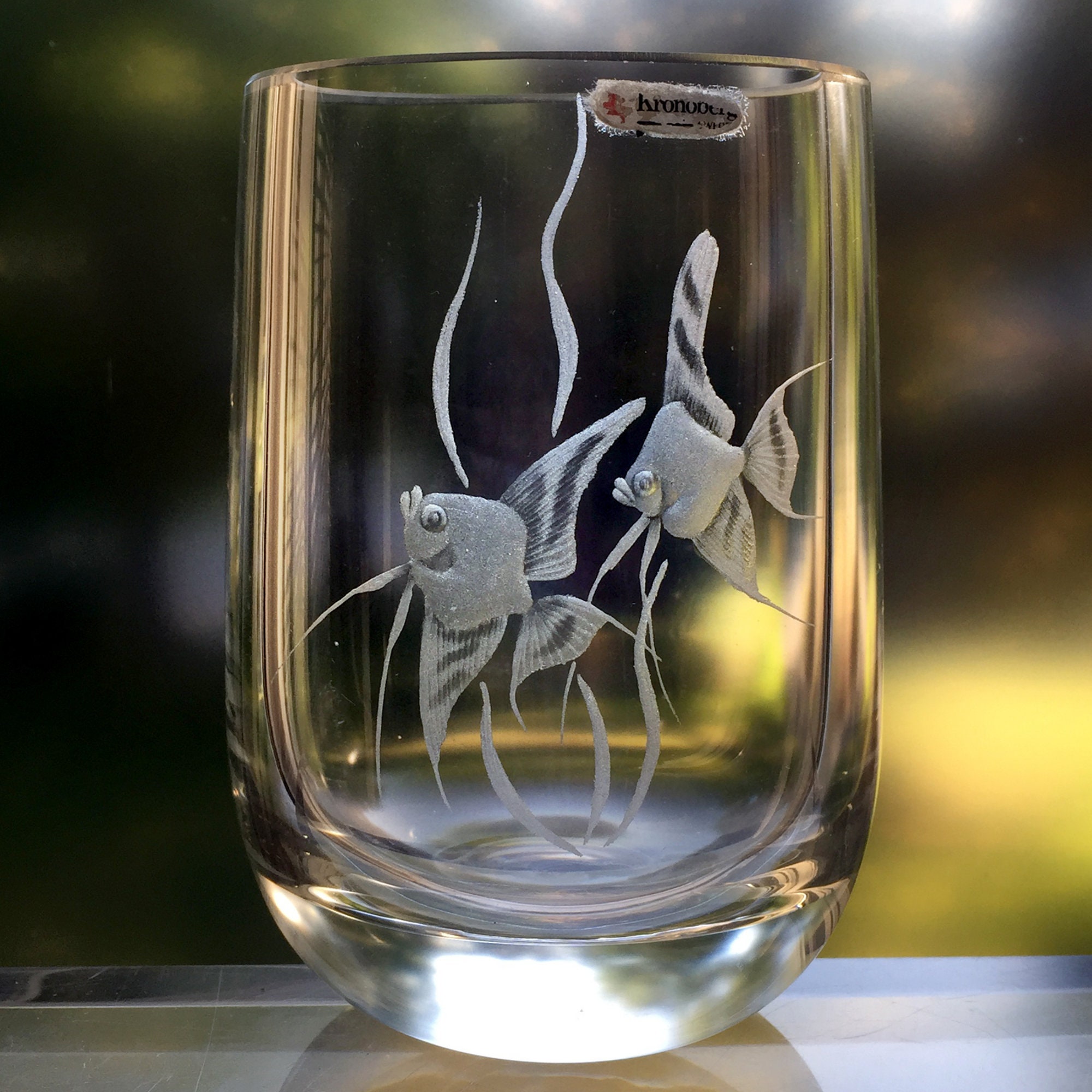 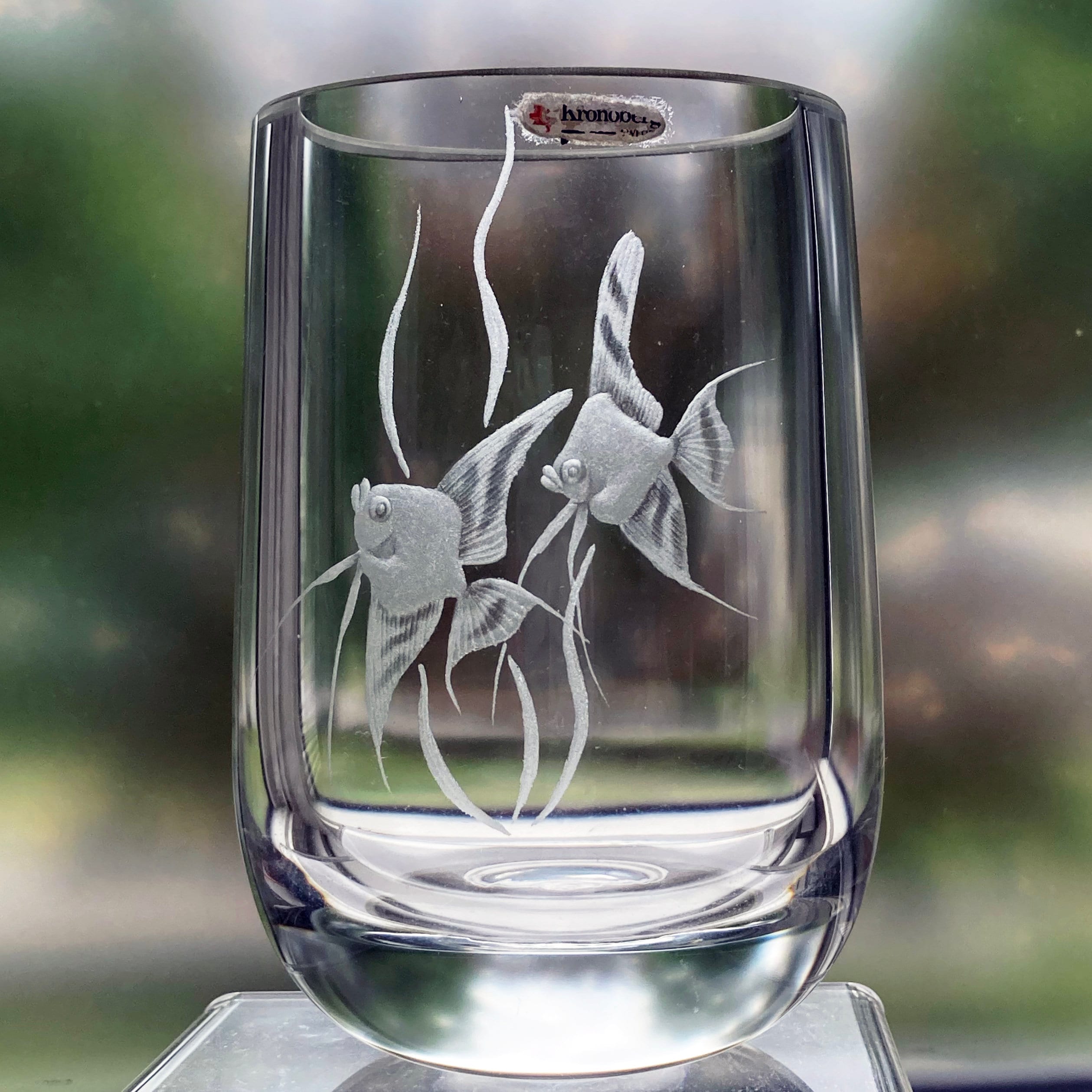 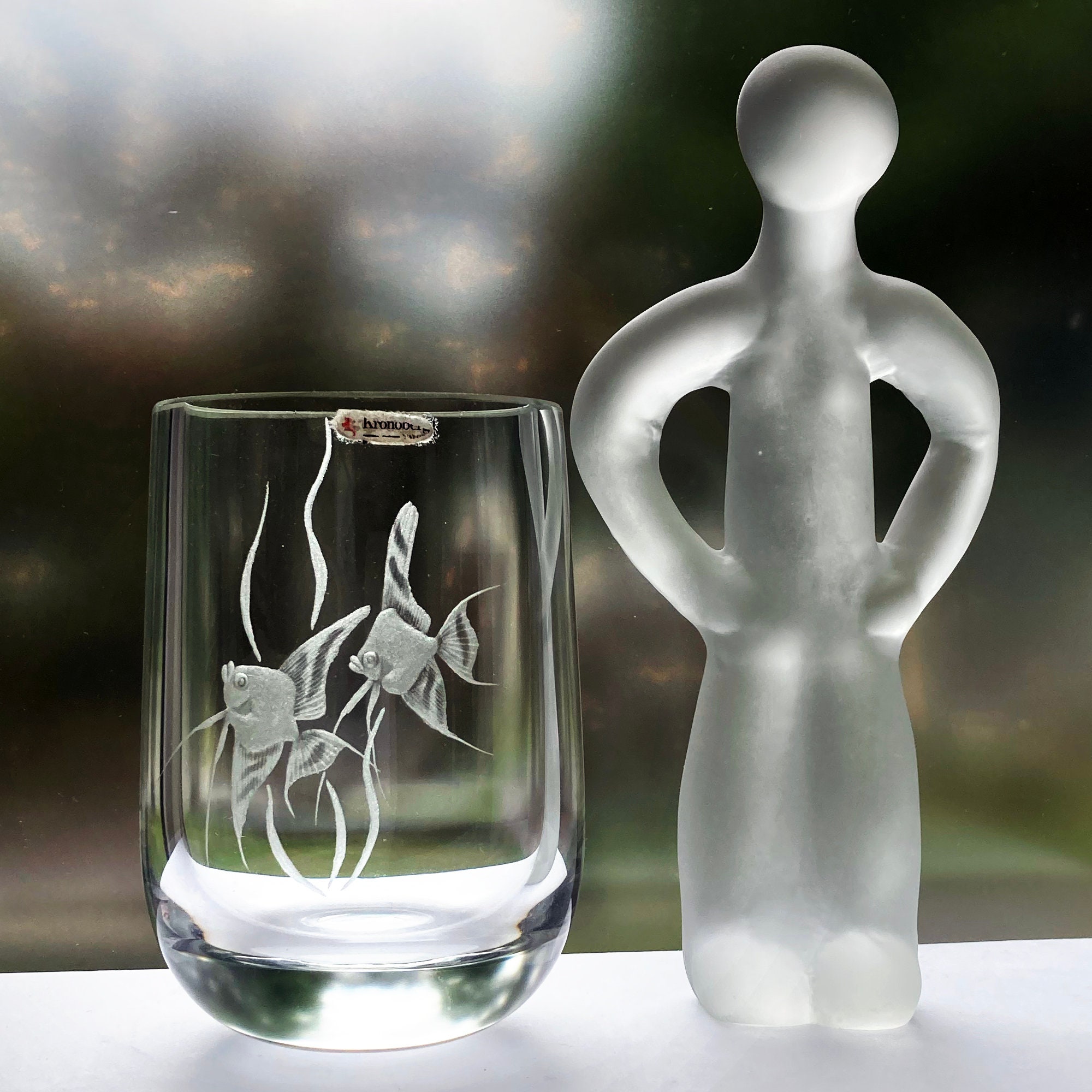 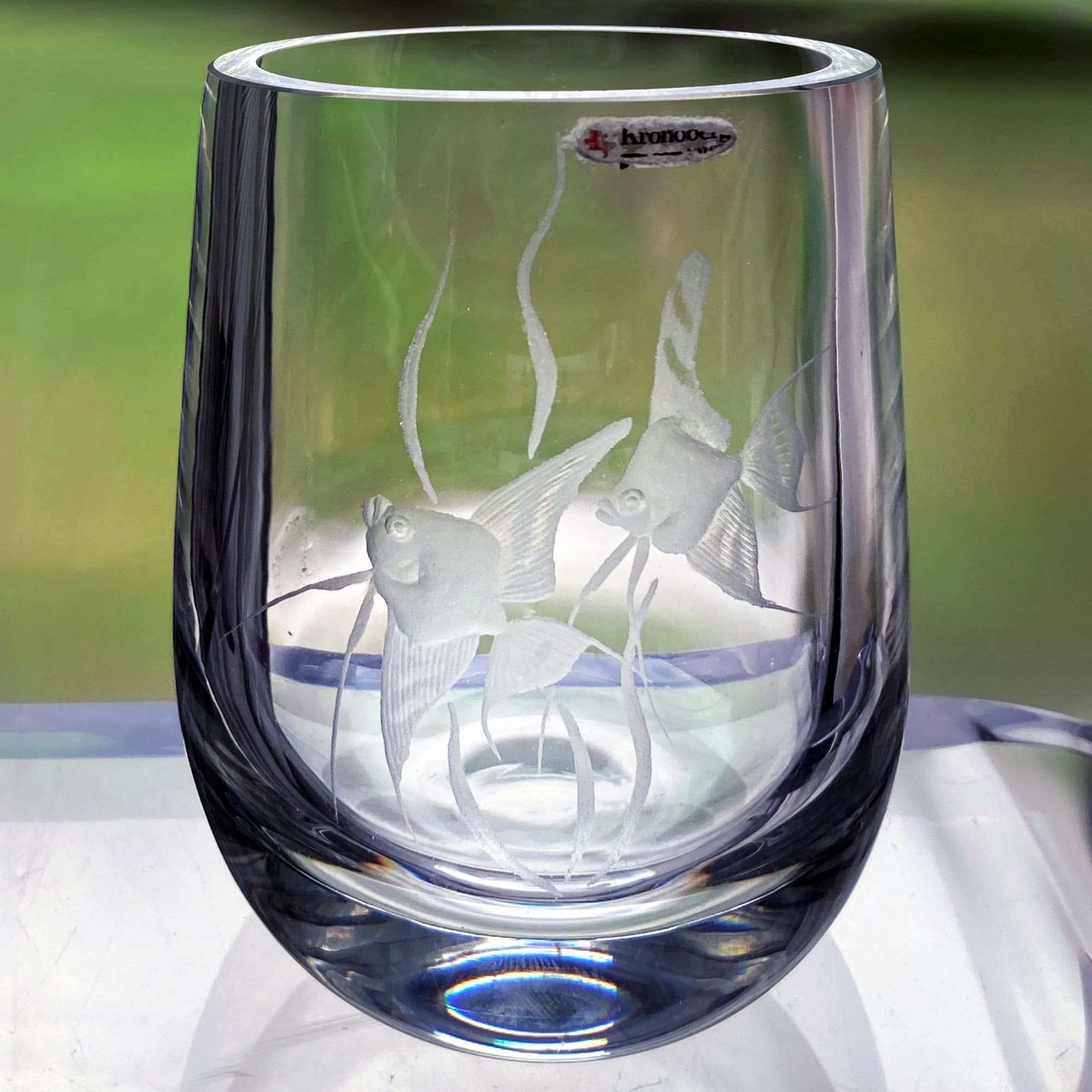 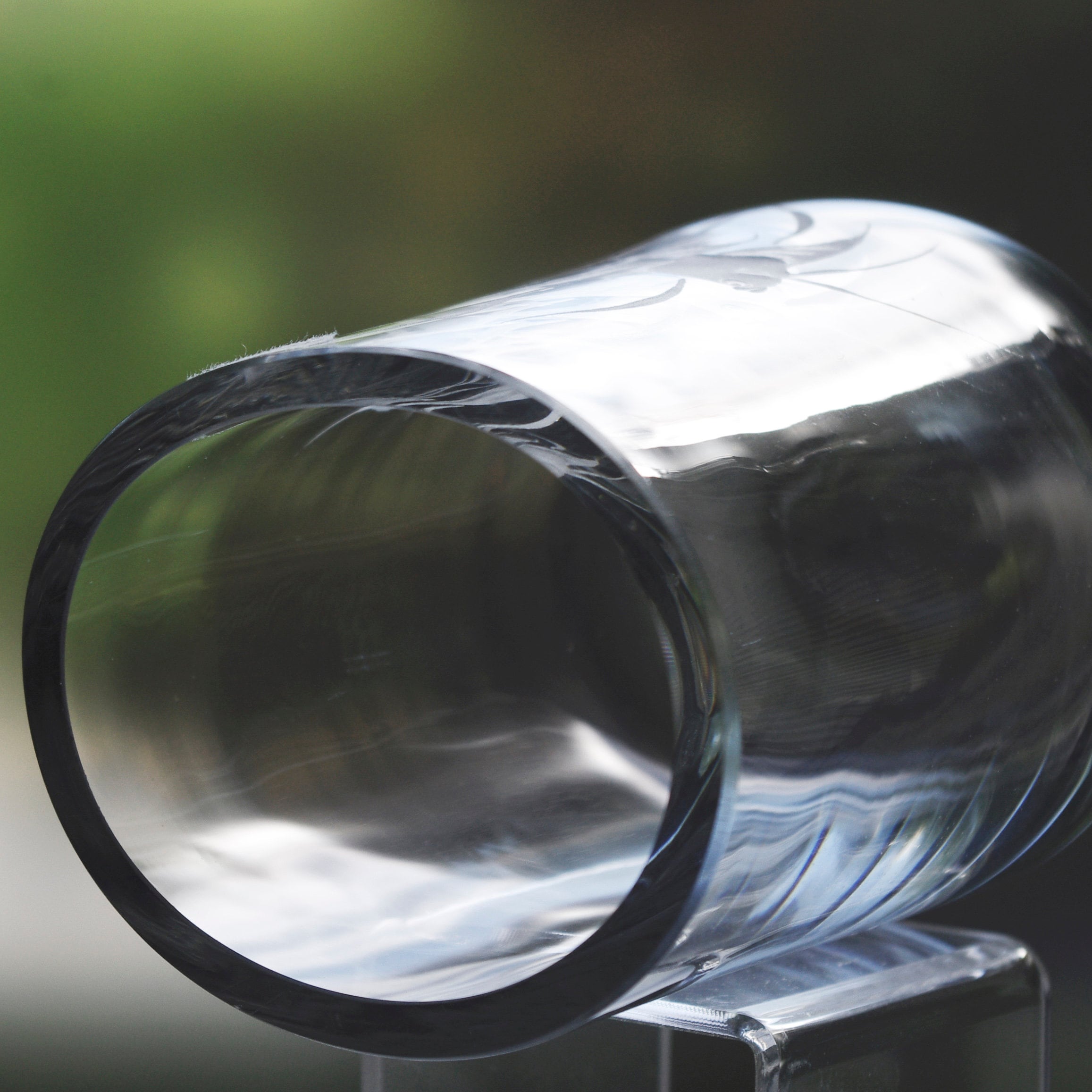 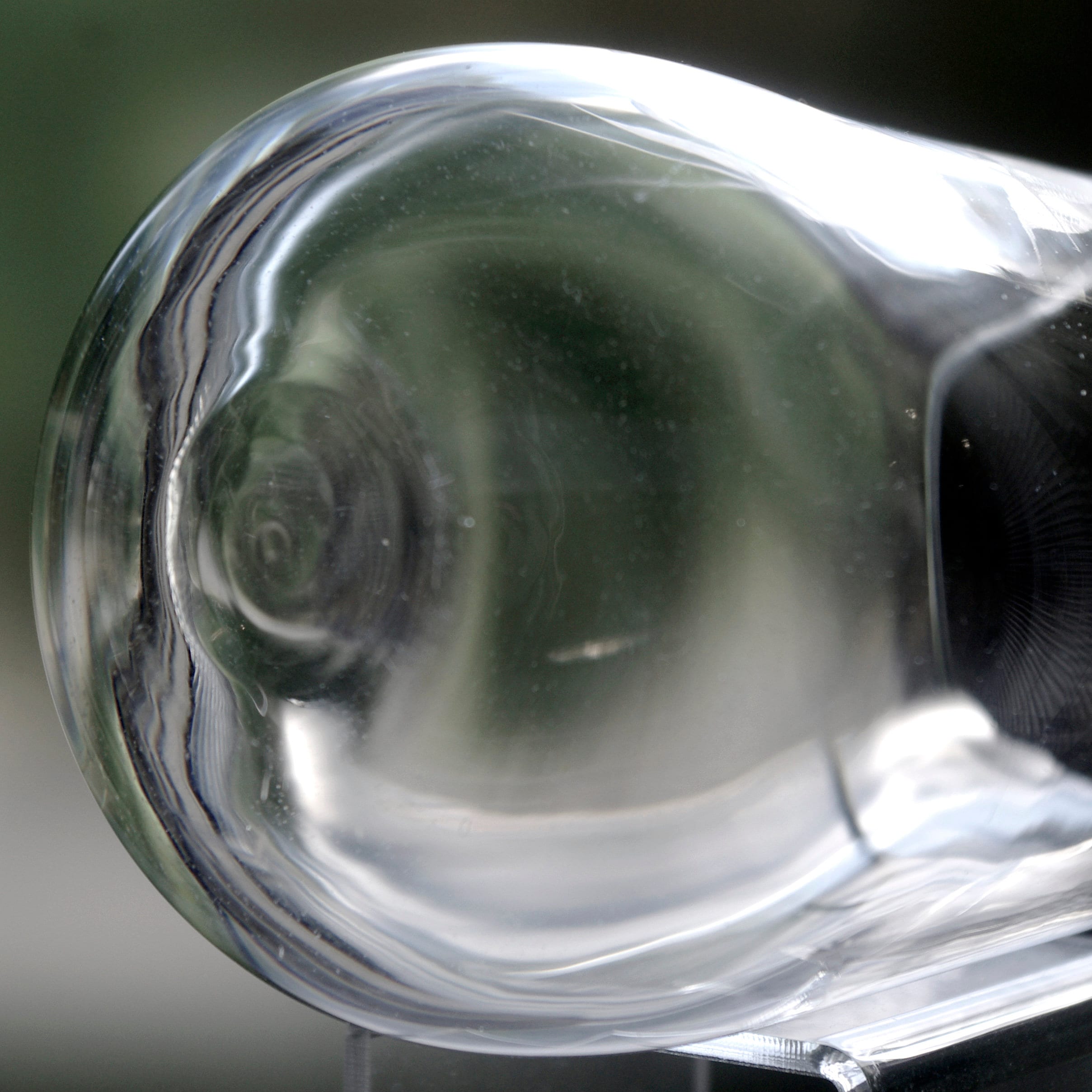 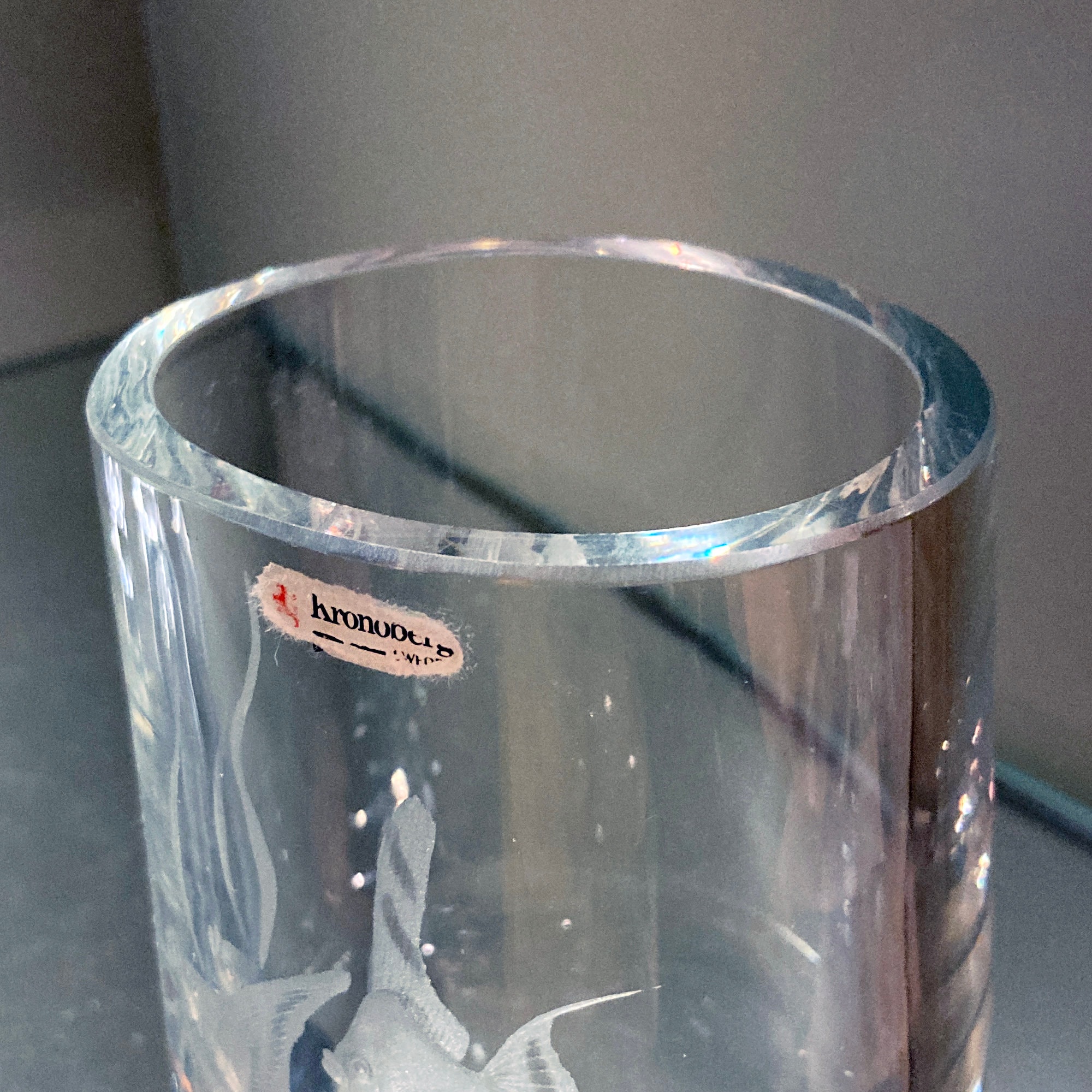 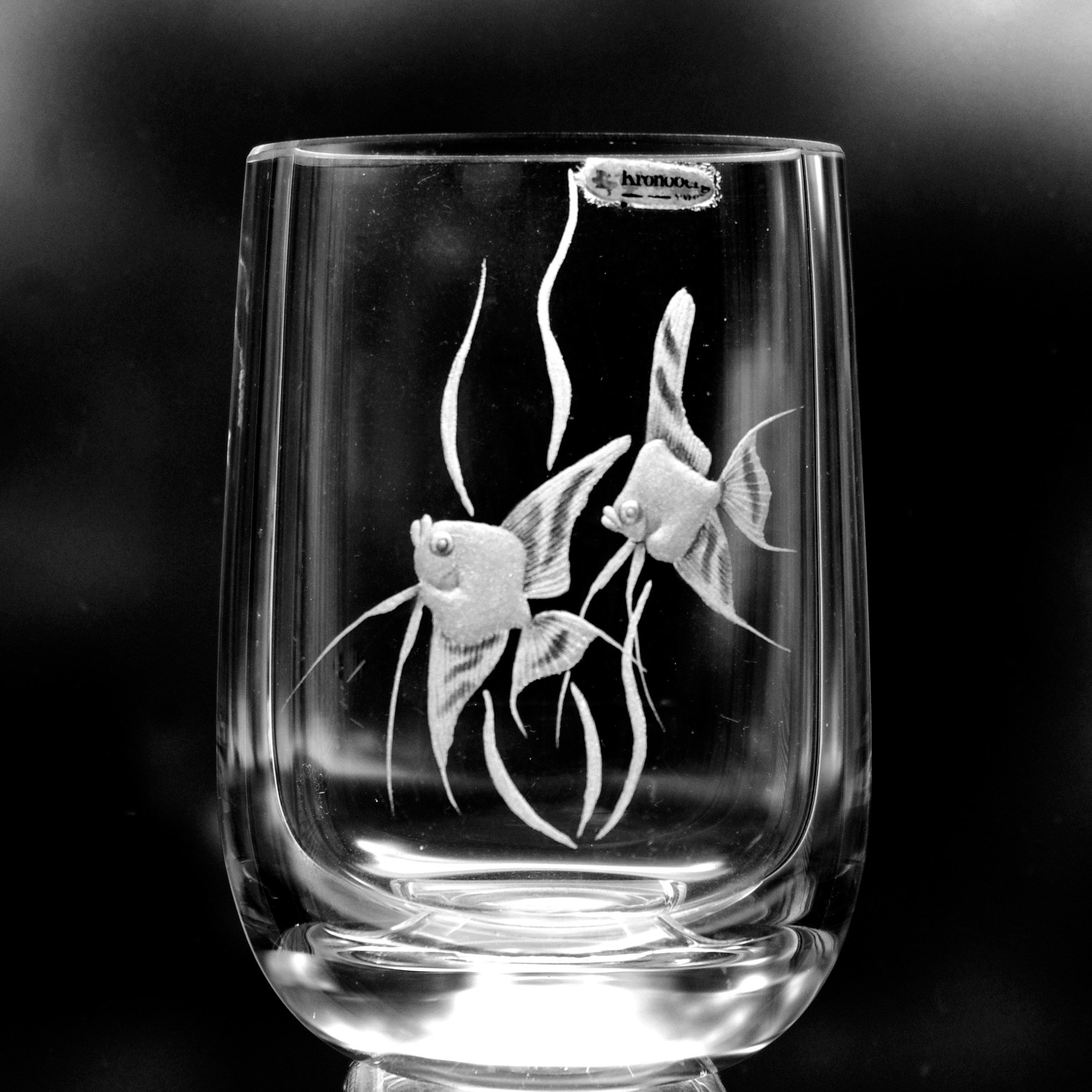 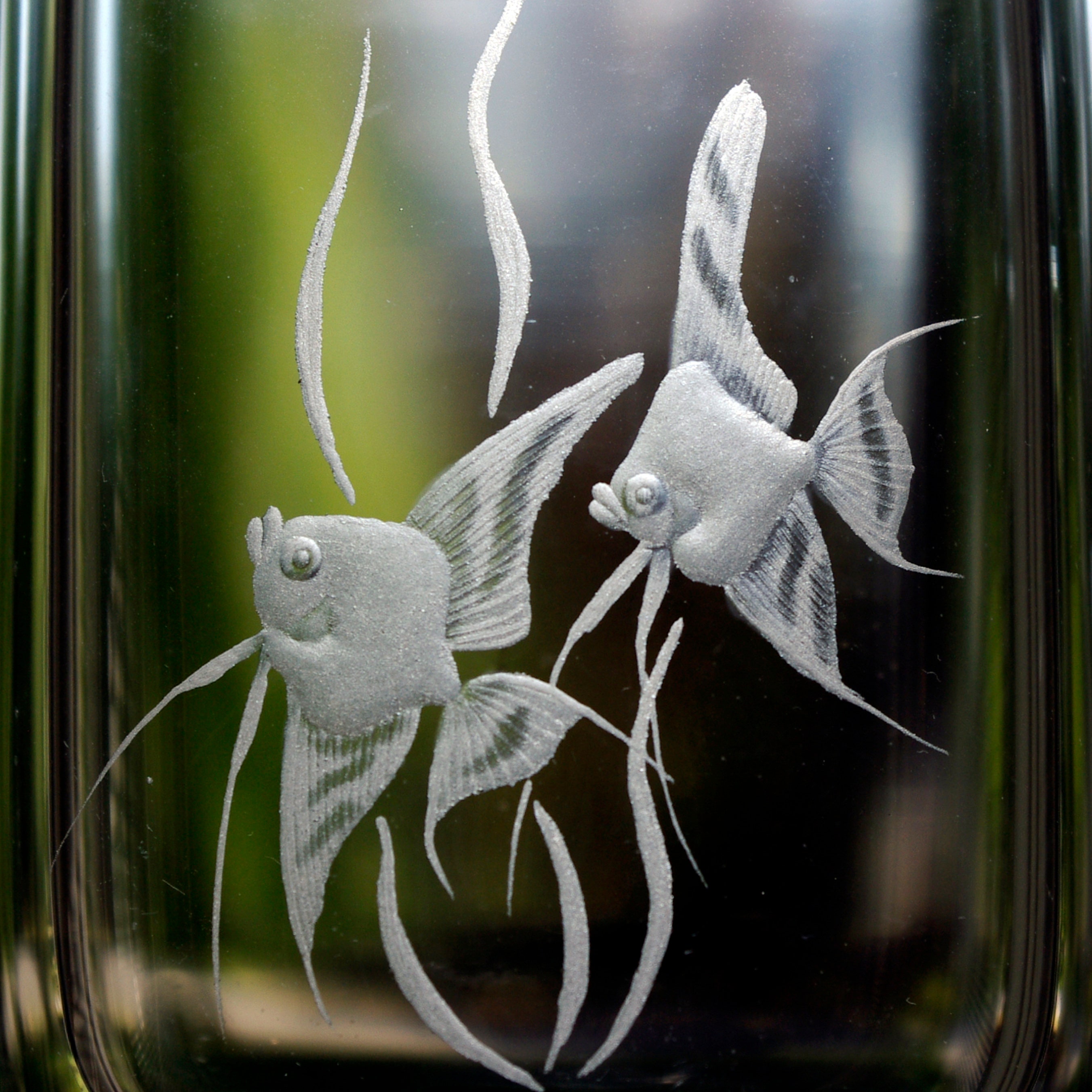 This charming vintage glass vase from Kronobergs Glass was made in the early 1980s. The stylized pair of angelfish lend a timeless aesthetic to the clean design of the crystal. The vase is small, 3" wide and 5" tall, and it weighs 1.25 pounds. Its style number is 4018B. Though the piece is unsigned, my Facebook glass group connections have provided a good deal of information about it.

In 1979 Tage Johansson, an engraver in Lessebo, bought the designs from the bankrupt Hovmantorp Glassworks, and also all the glass left in the factory's premises. He then set about reproducing the same designs on the same glass under the name 'Kronoberg Glas'. The engraving motif of our two fish is quite certainly Rune Strand's, and the engraving was likely done by Laila von Wendel.

The vase is in excellent condition, and would make a wonderful gift or feature in your home office décor.