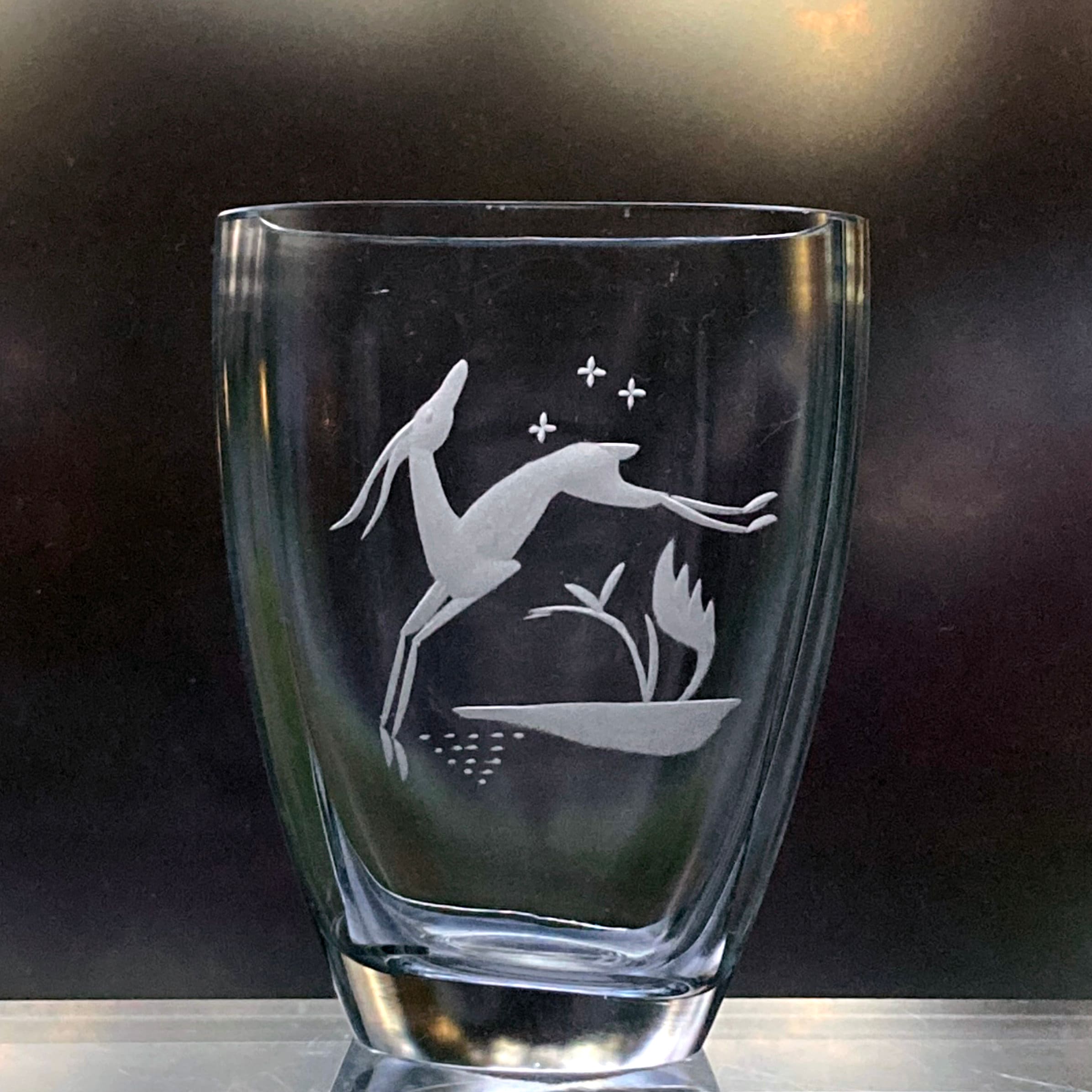 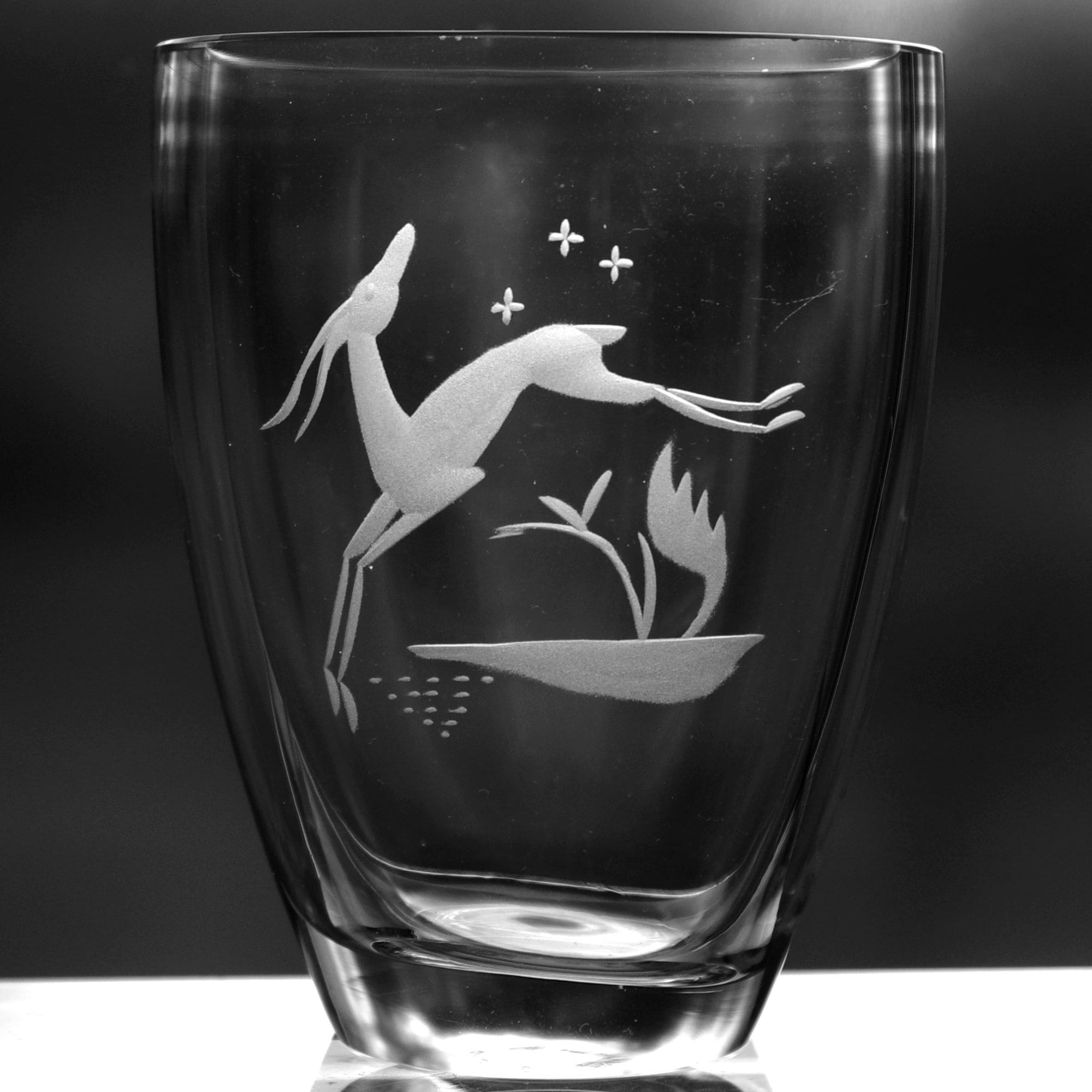 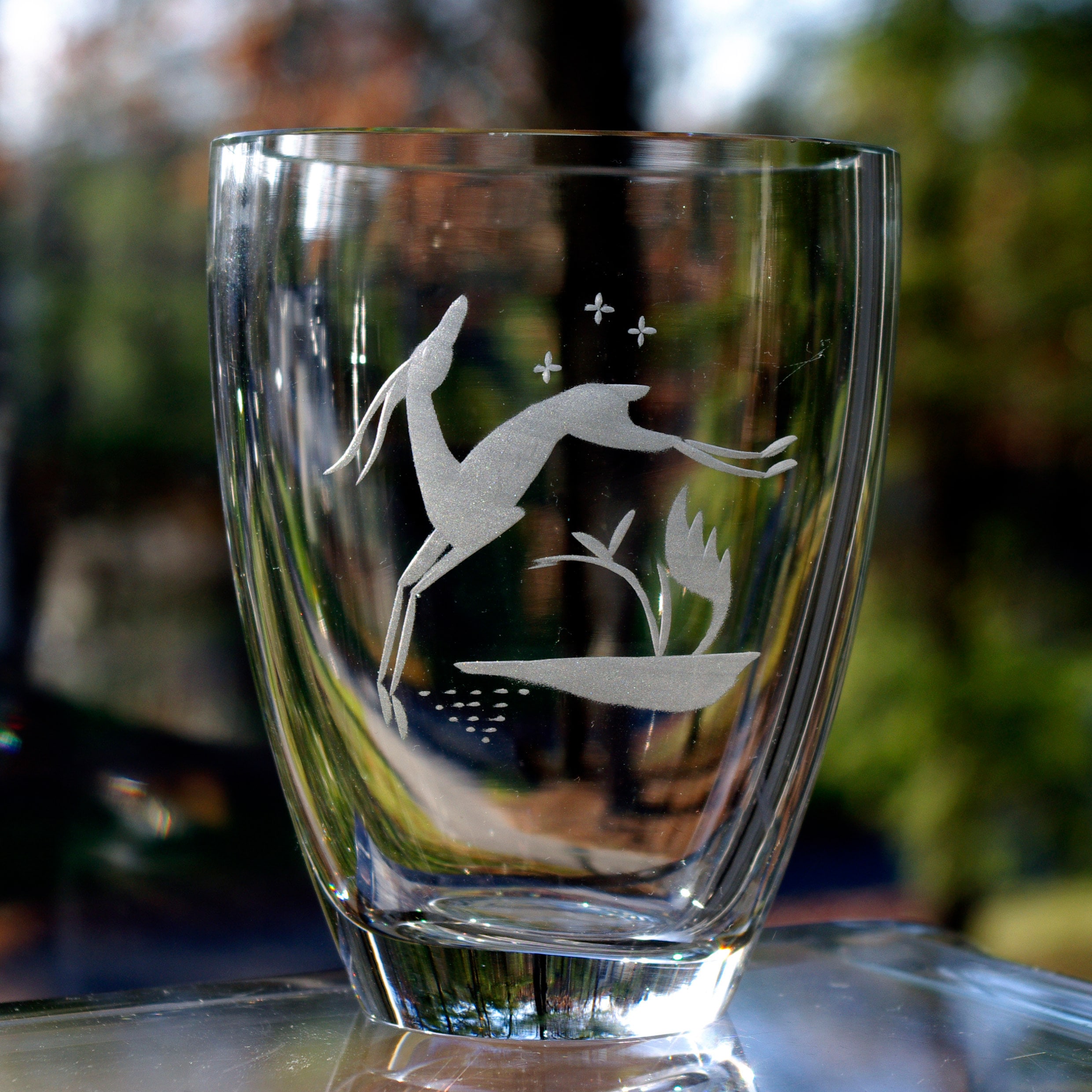 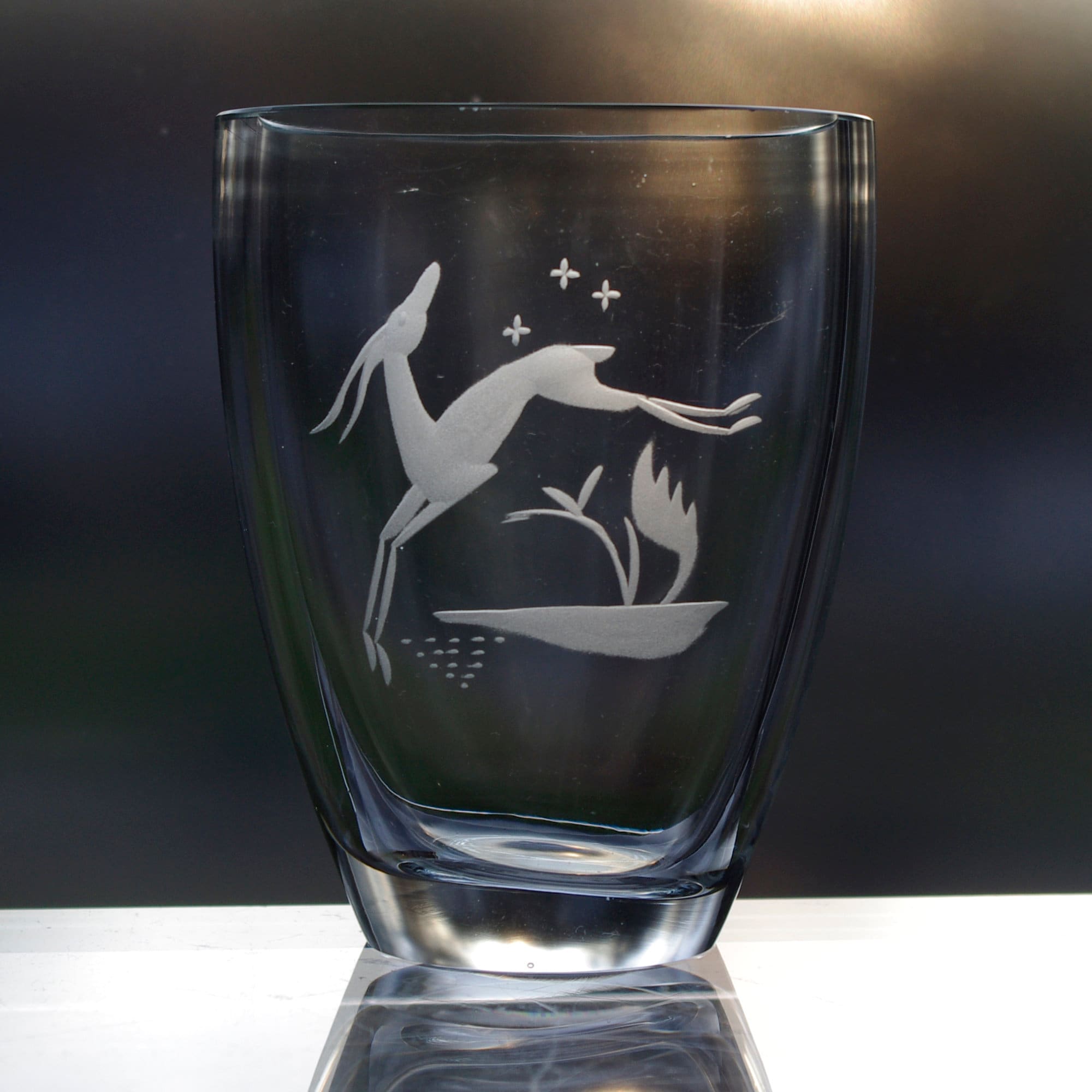 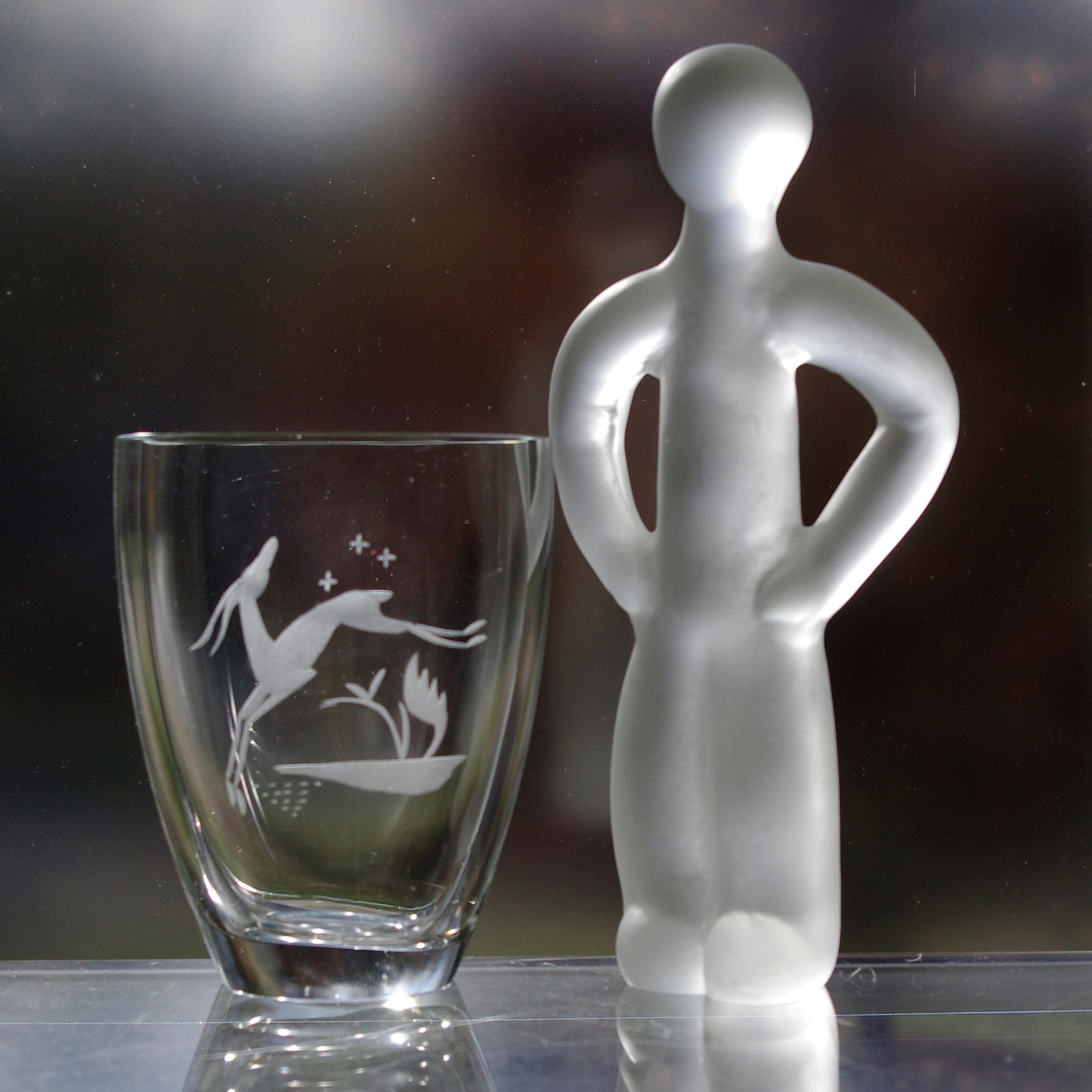 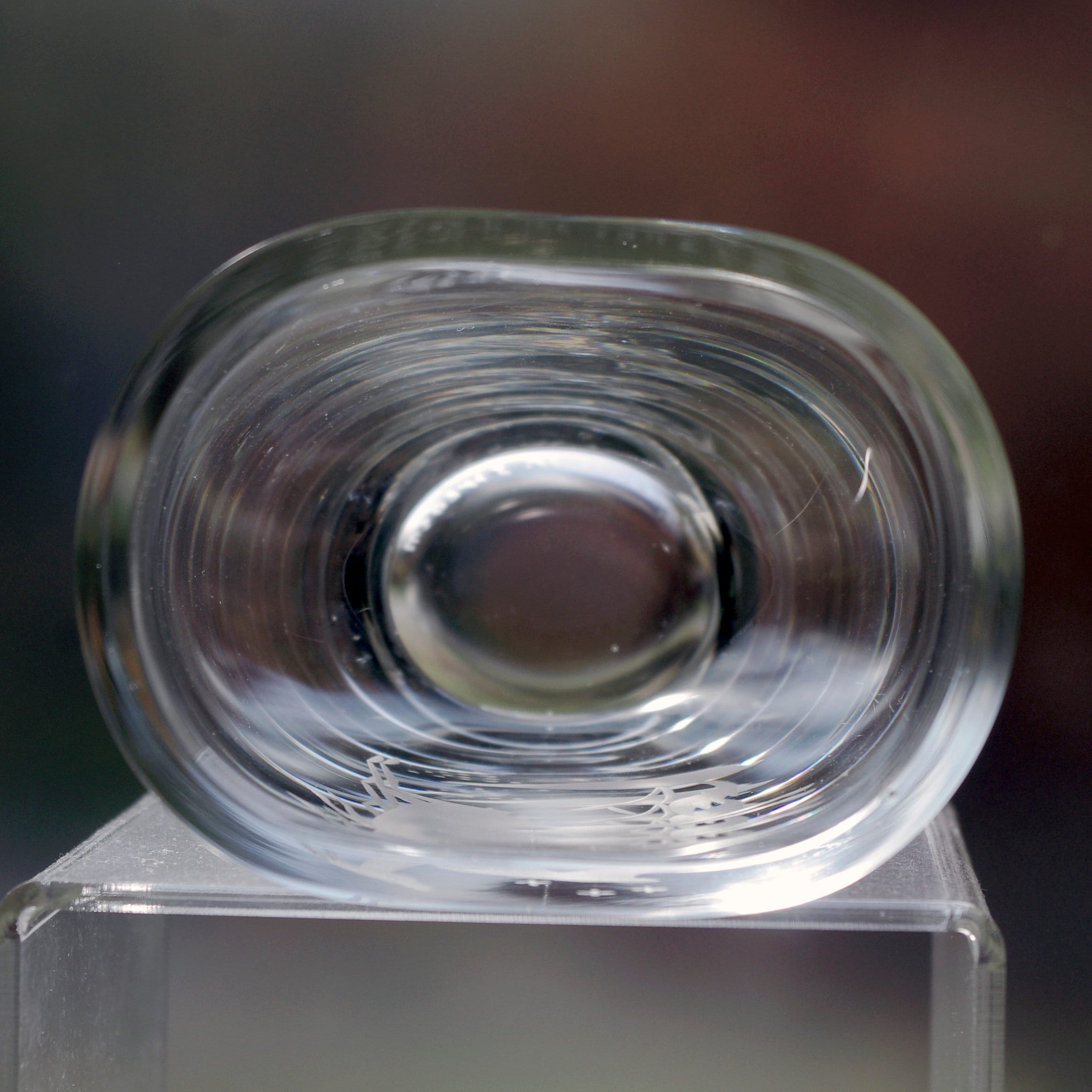 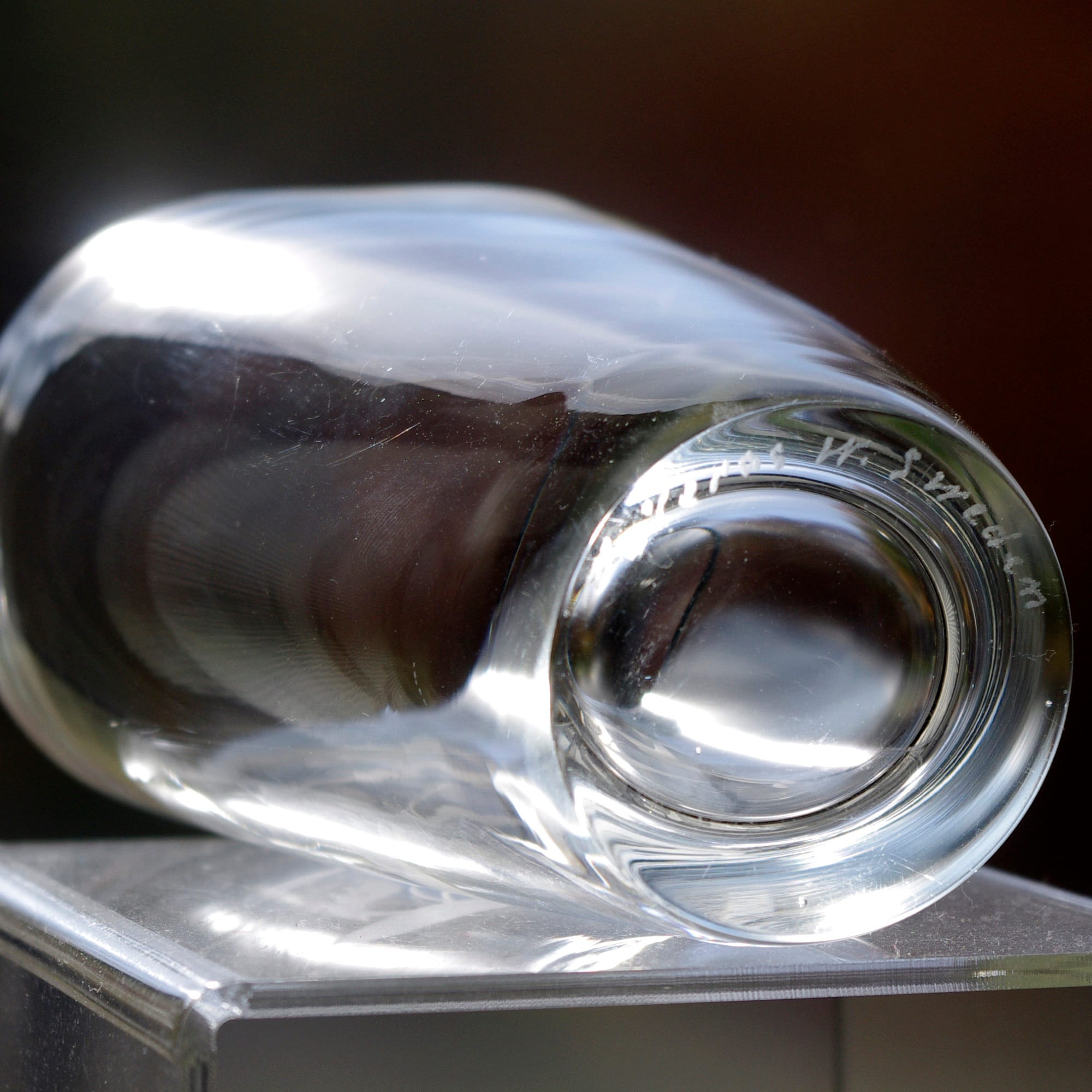 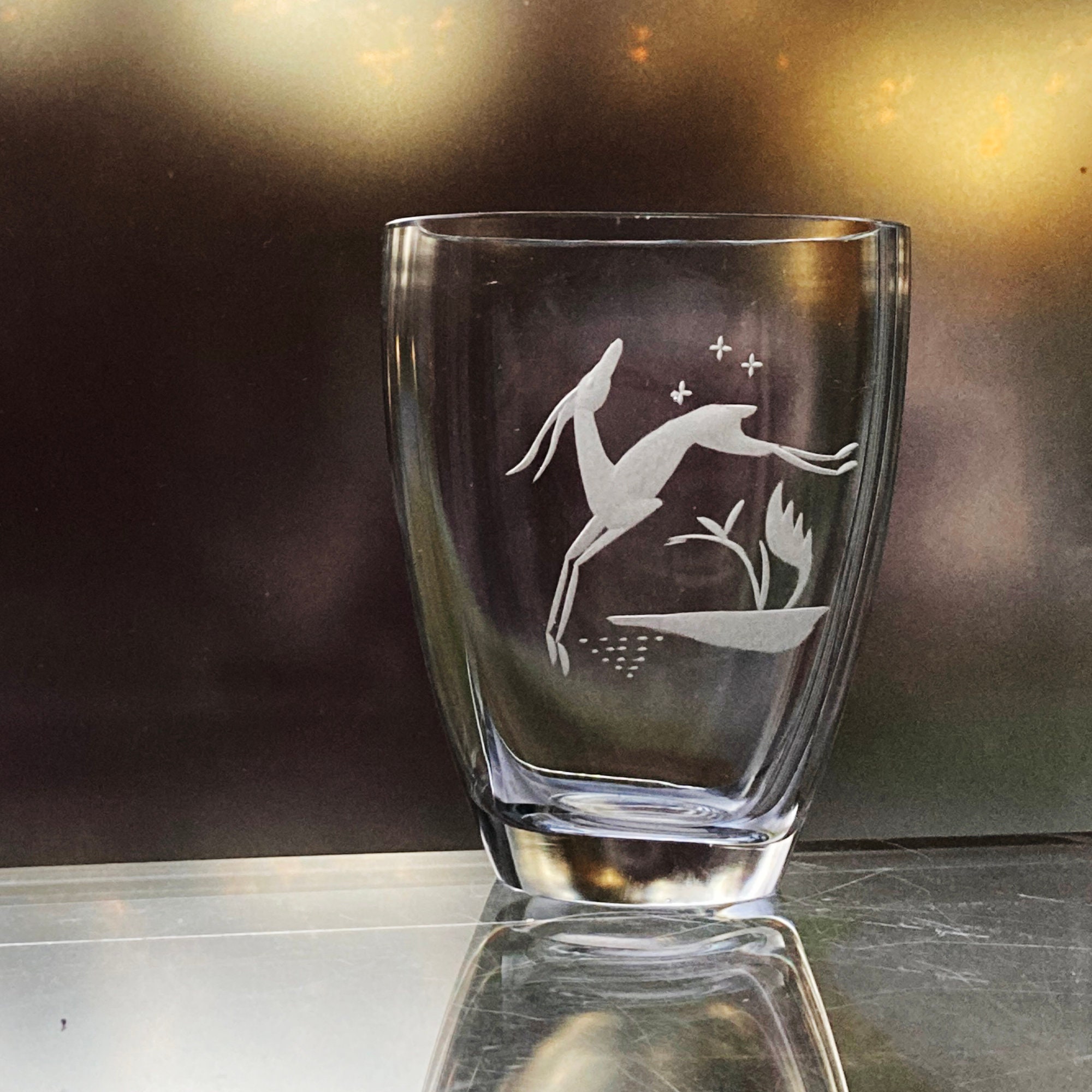 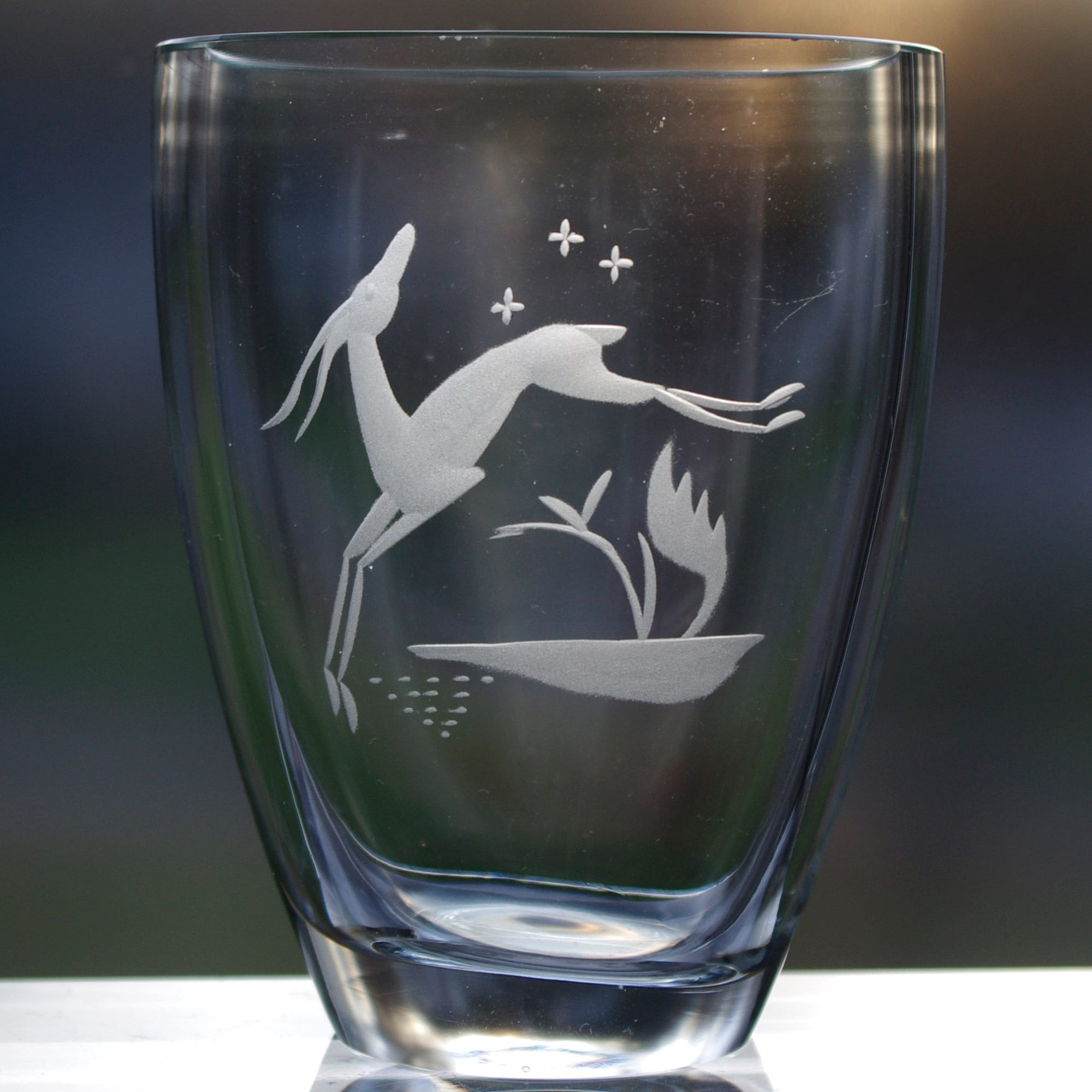 This vintage, copper-wheel engraved crystal vase was made at Målerås, likely in the 1950s. The designer, Folke Walving, captured the sprightly leap of a gazelle. The condition is excellent, with only the hint of age. The vase is 5 inches tall and weighs about 1.5 pounds.