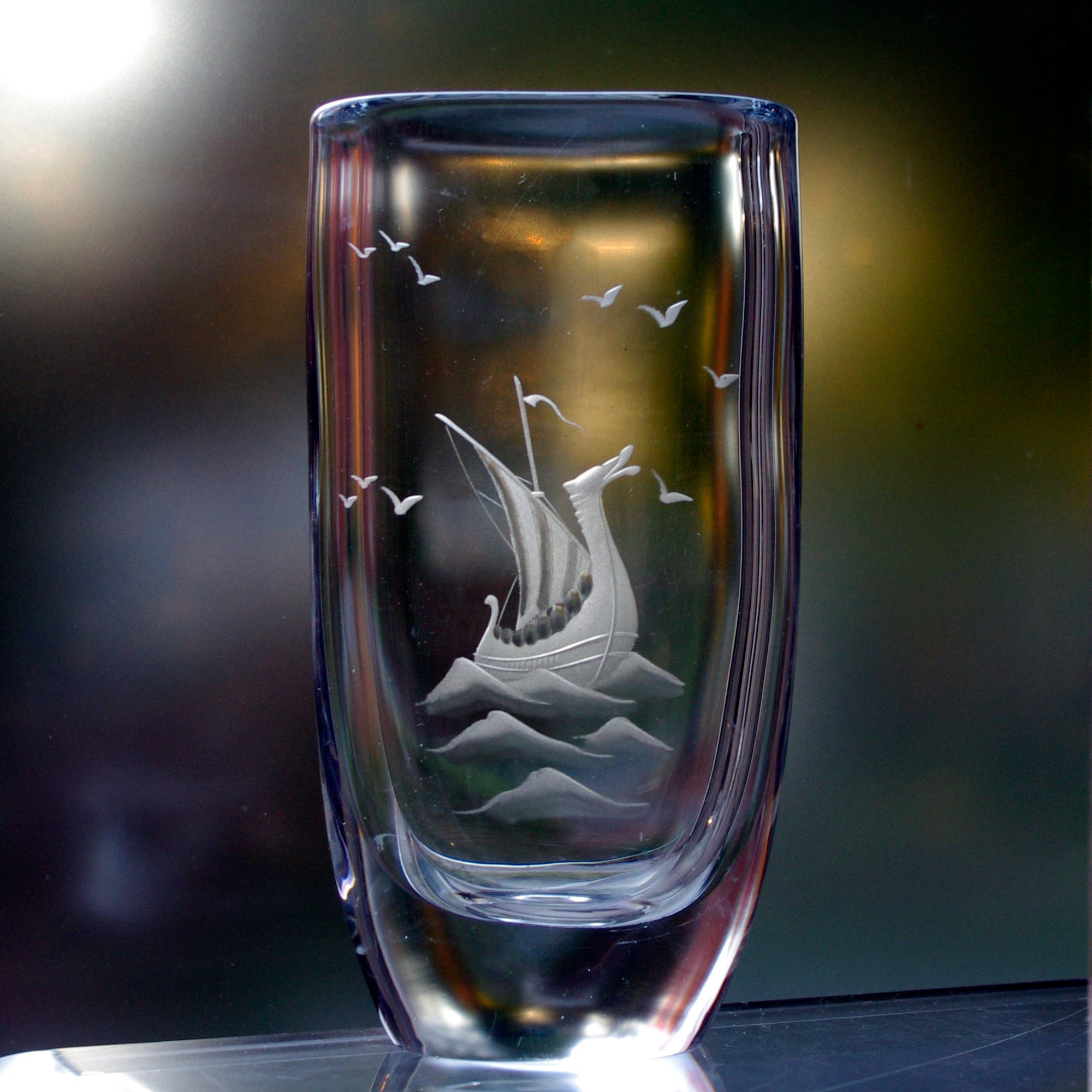 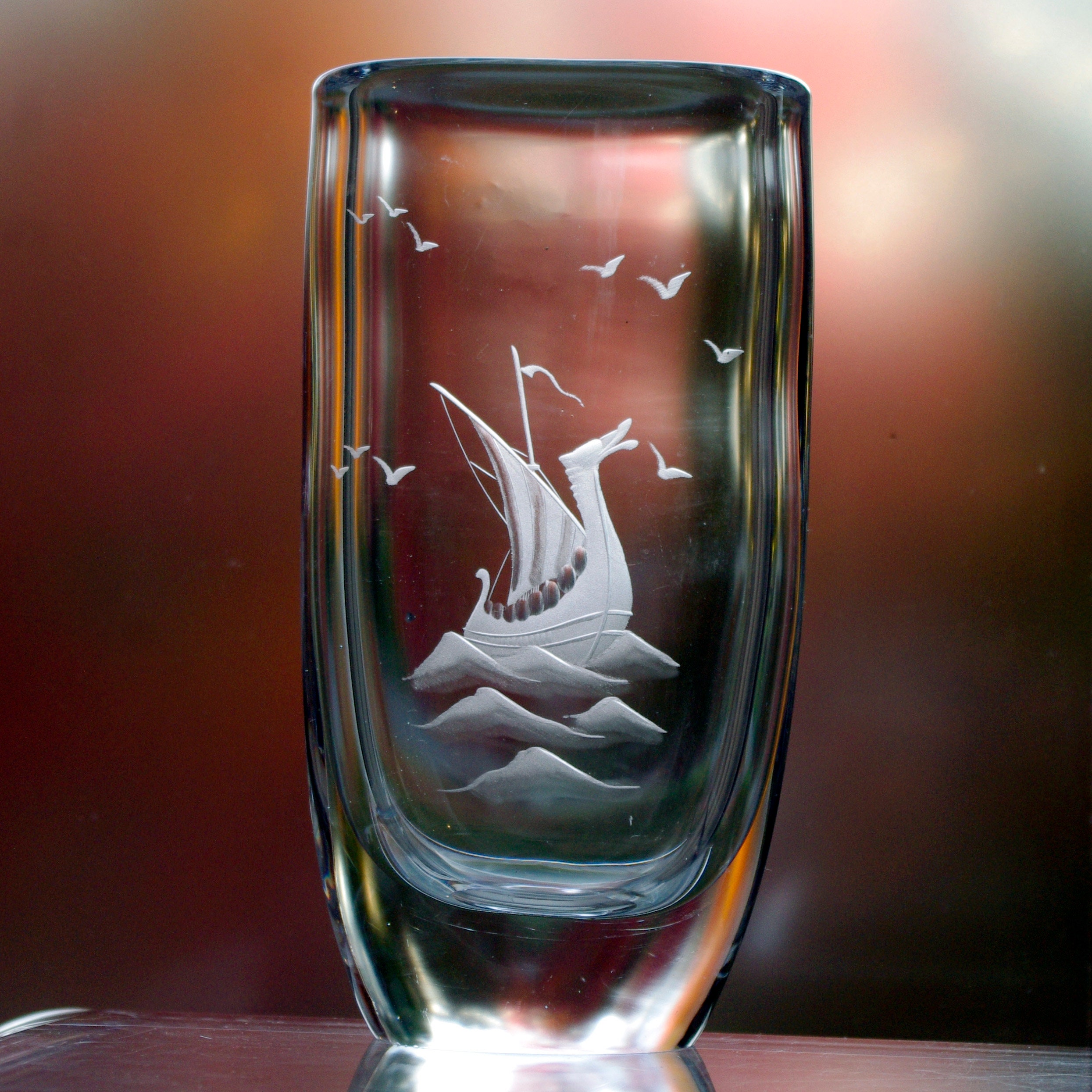 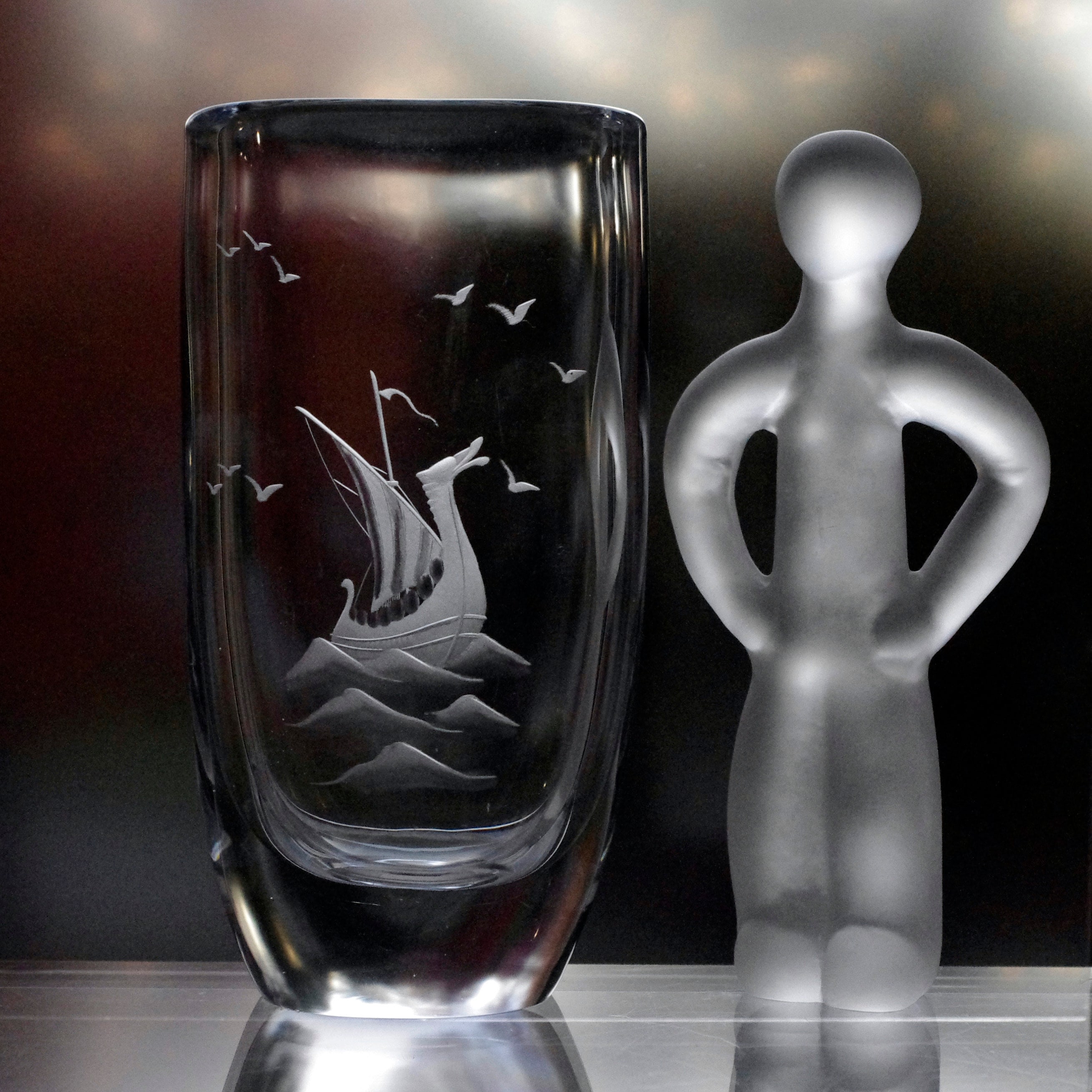 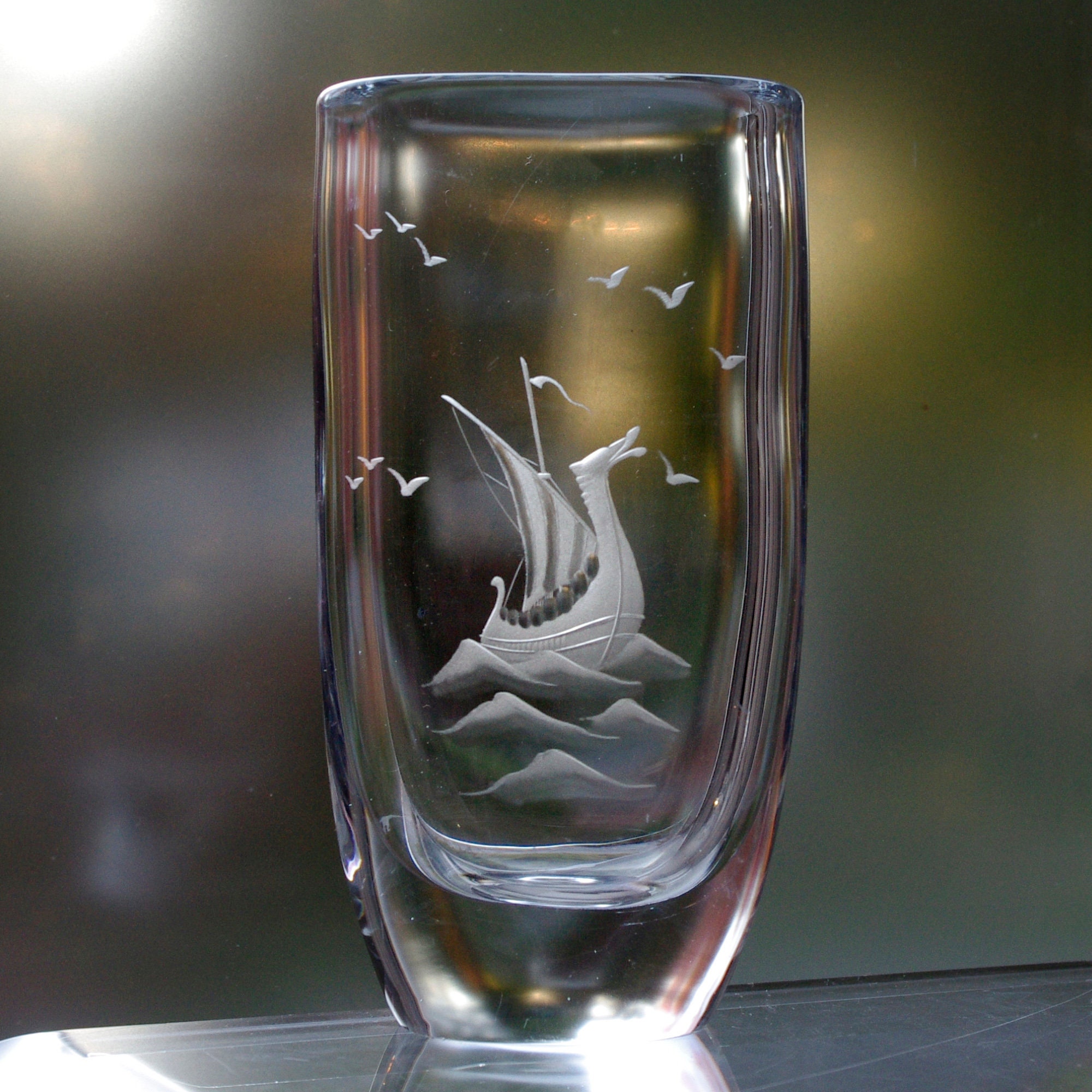 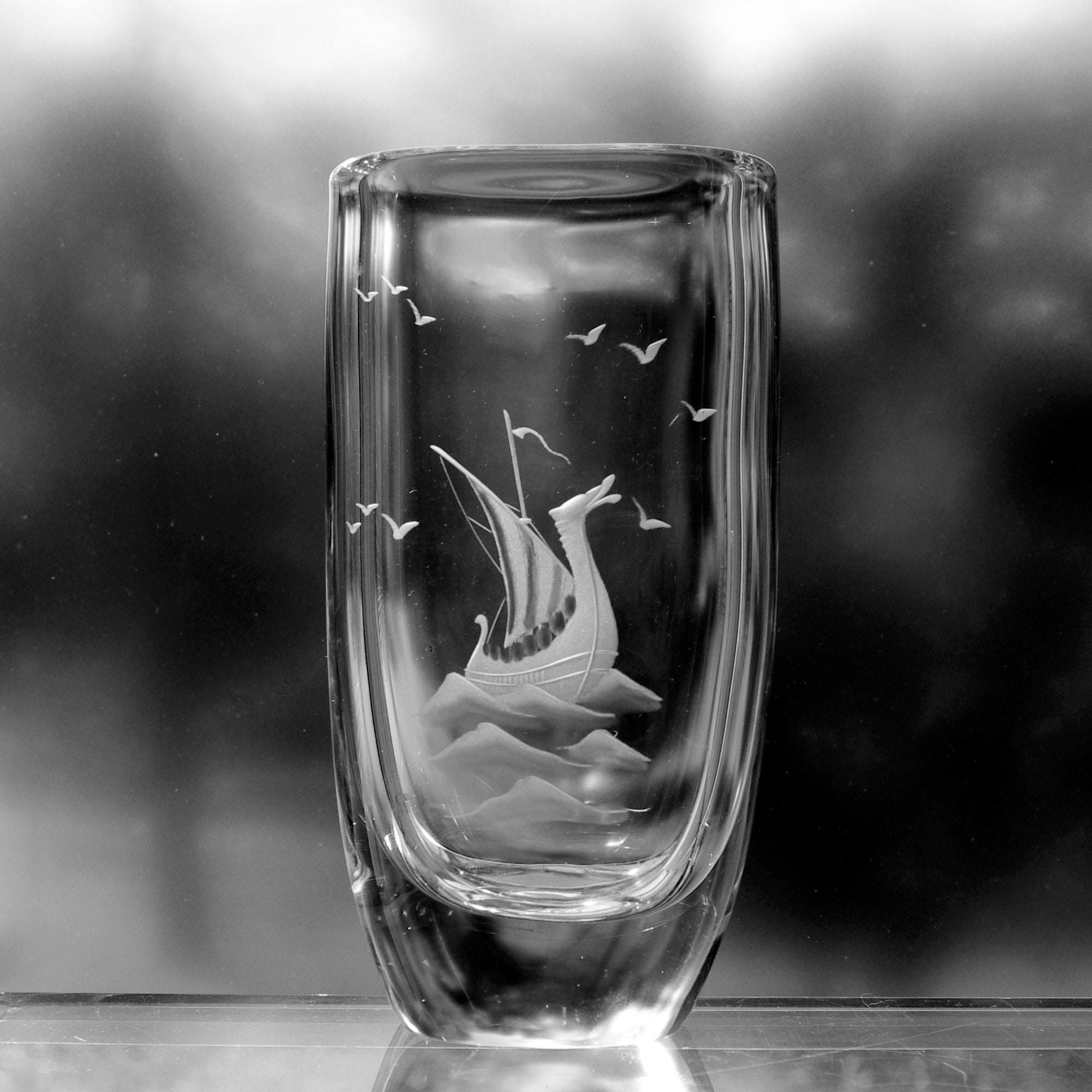 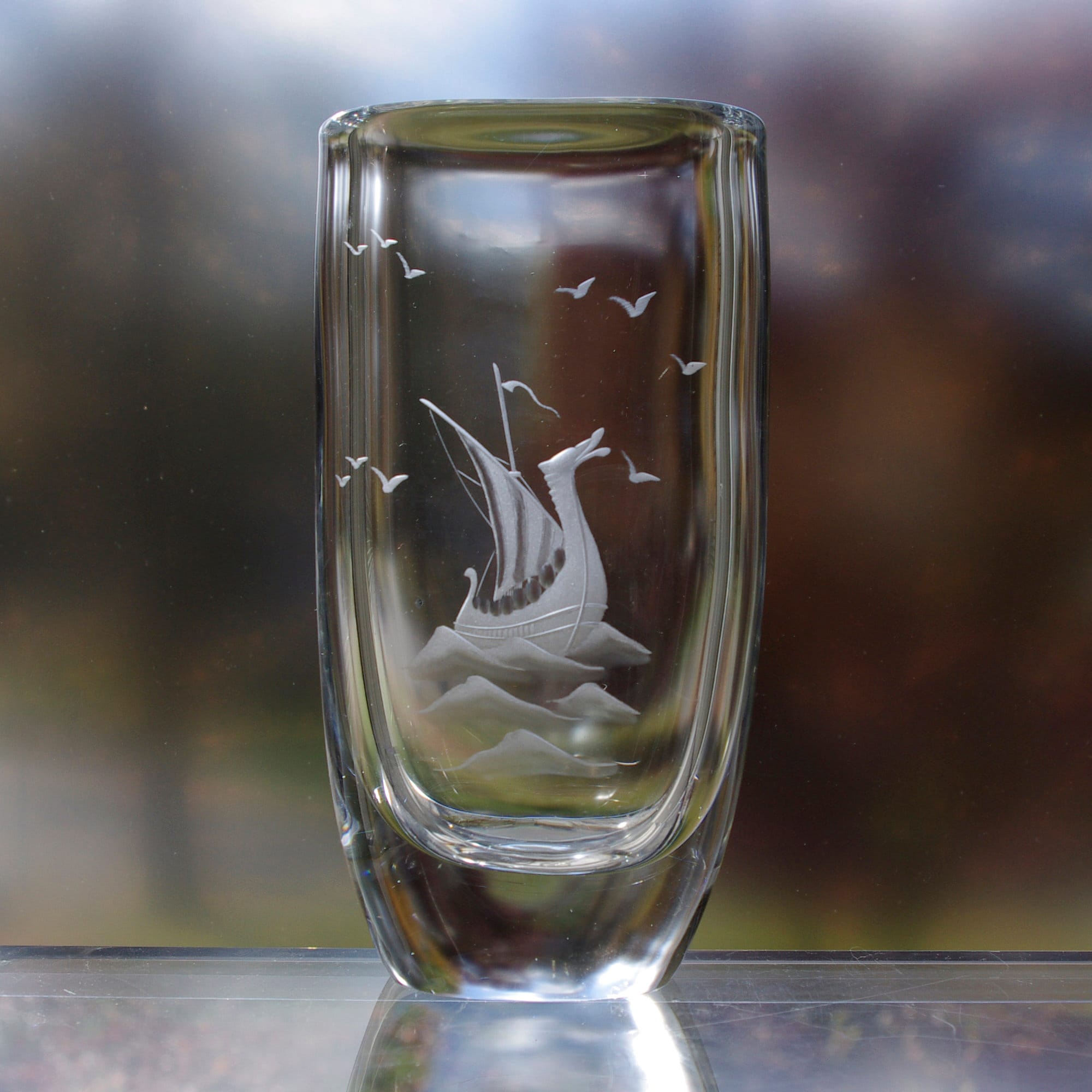 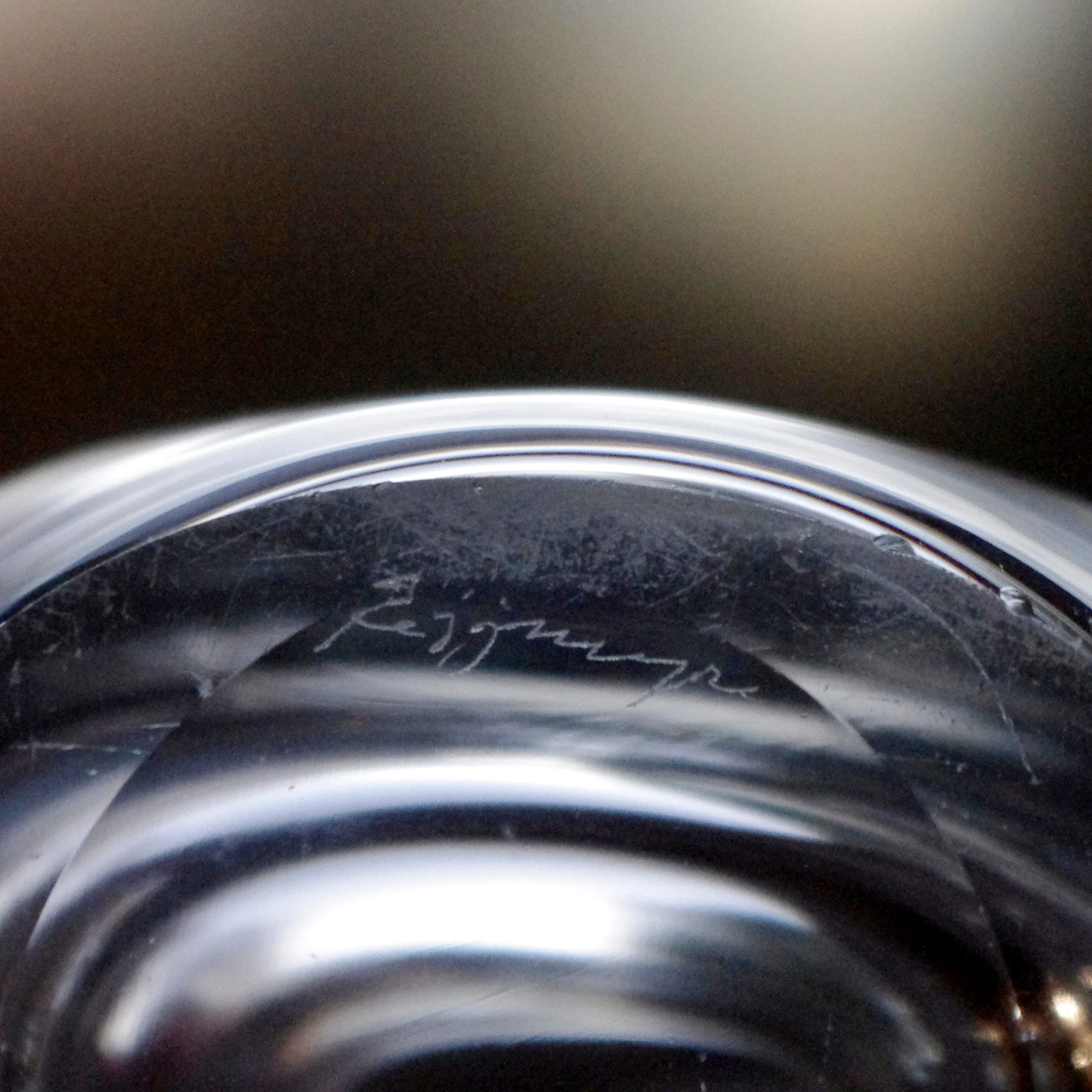 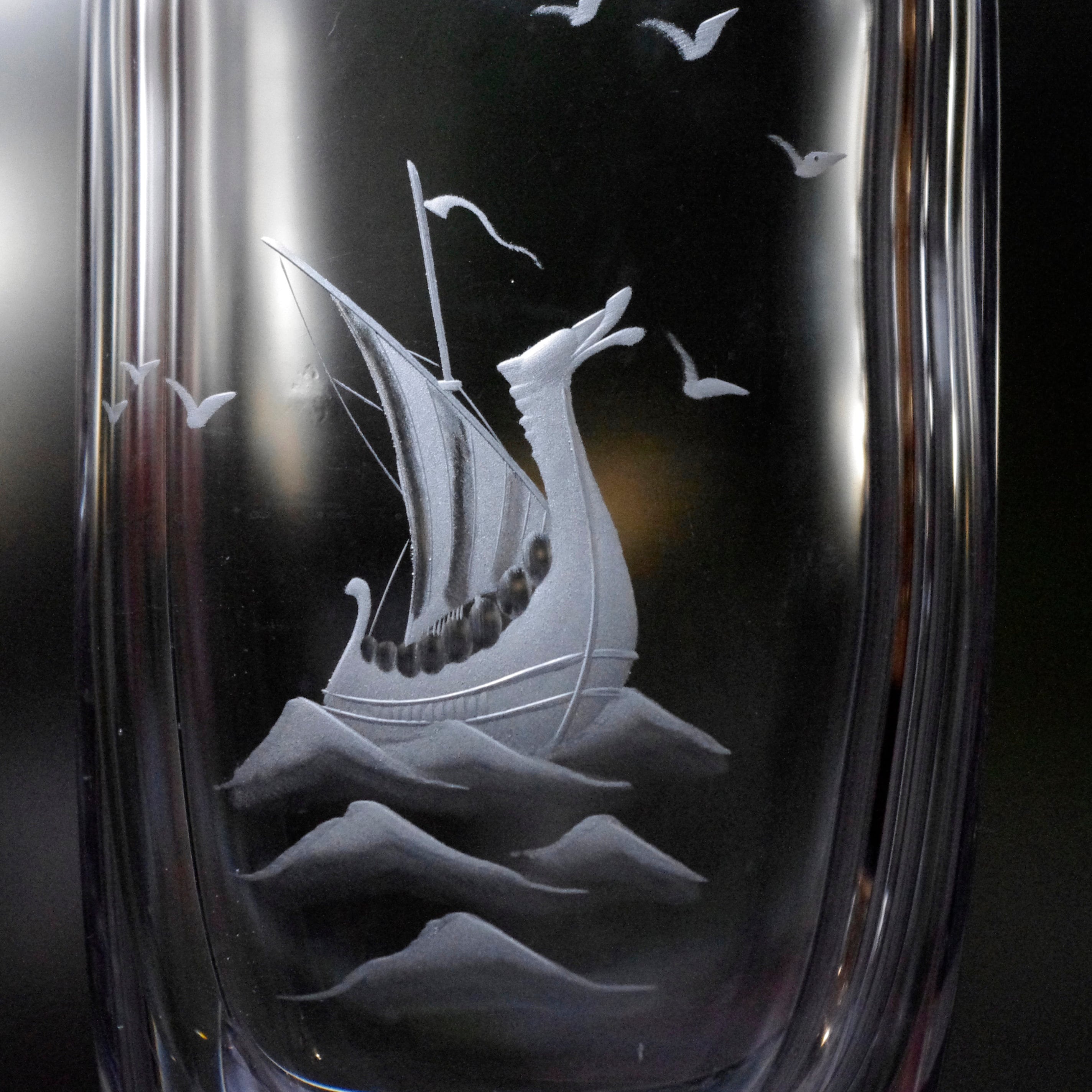 The stunning Viking ship, plying the rolling seas on this Swedish art glass vase, was likely designed by Paul Kedelv. The vase is a perfect size for display, 7.25" x 3.75" x 5", and it weighs 2 pounds. There are a few tiny scratches, which are expected as signs of use for its vintage. I love the heft of this piece - the freeform, handblown glass feels solid and looks substantial.

In 1949, Paul Kedelv joined Flygsfors to design light fixtures, and during his time at Flygsfors, he created the most popular and recognizable ranges of art glass ever manufactured at the company. Paul received his education at the National College of Art, Craft and Design in Stockholm, where he was taught by the world famous glass artist Edvin Öhrström. He then worked for Orrefors from 1937 to 1946, and at Nuutajarvi Notsjo for 1 year before he came over to work at Flygsfors. In 1952, he designed the Coquille (which is shell in Swedish) range of art glass. This range of art glass was distinguished by its organic forms with cased layers of transparent and opaque colored glass, and was inspired by sea shells. The Coquille range became Flygsfors’ most popular and world renowned line of glass, and was produced into the early 60s. While at Flygsfors, Kedelv became the chief designer, and then left the company to join Reijmyre in 1956.