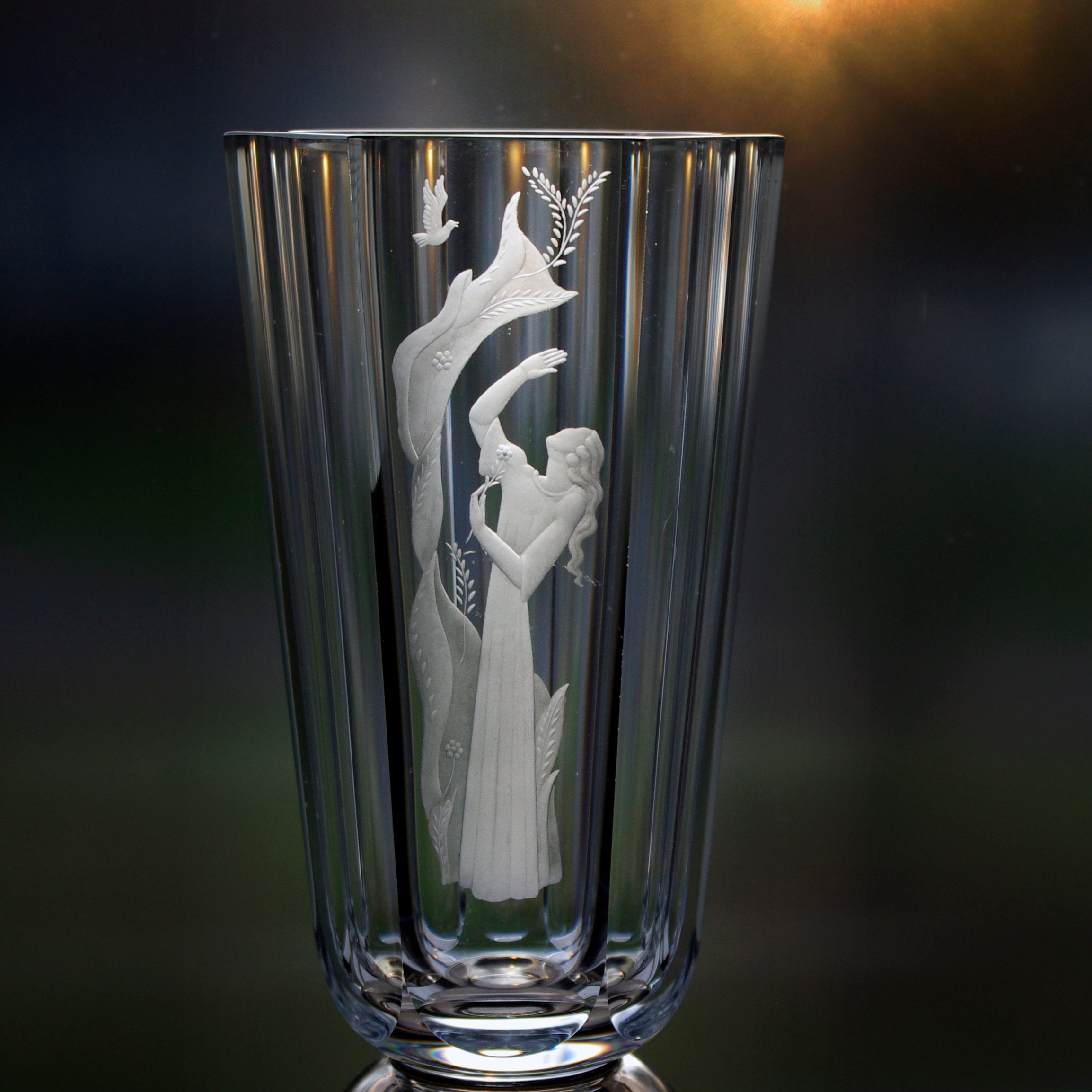 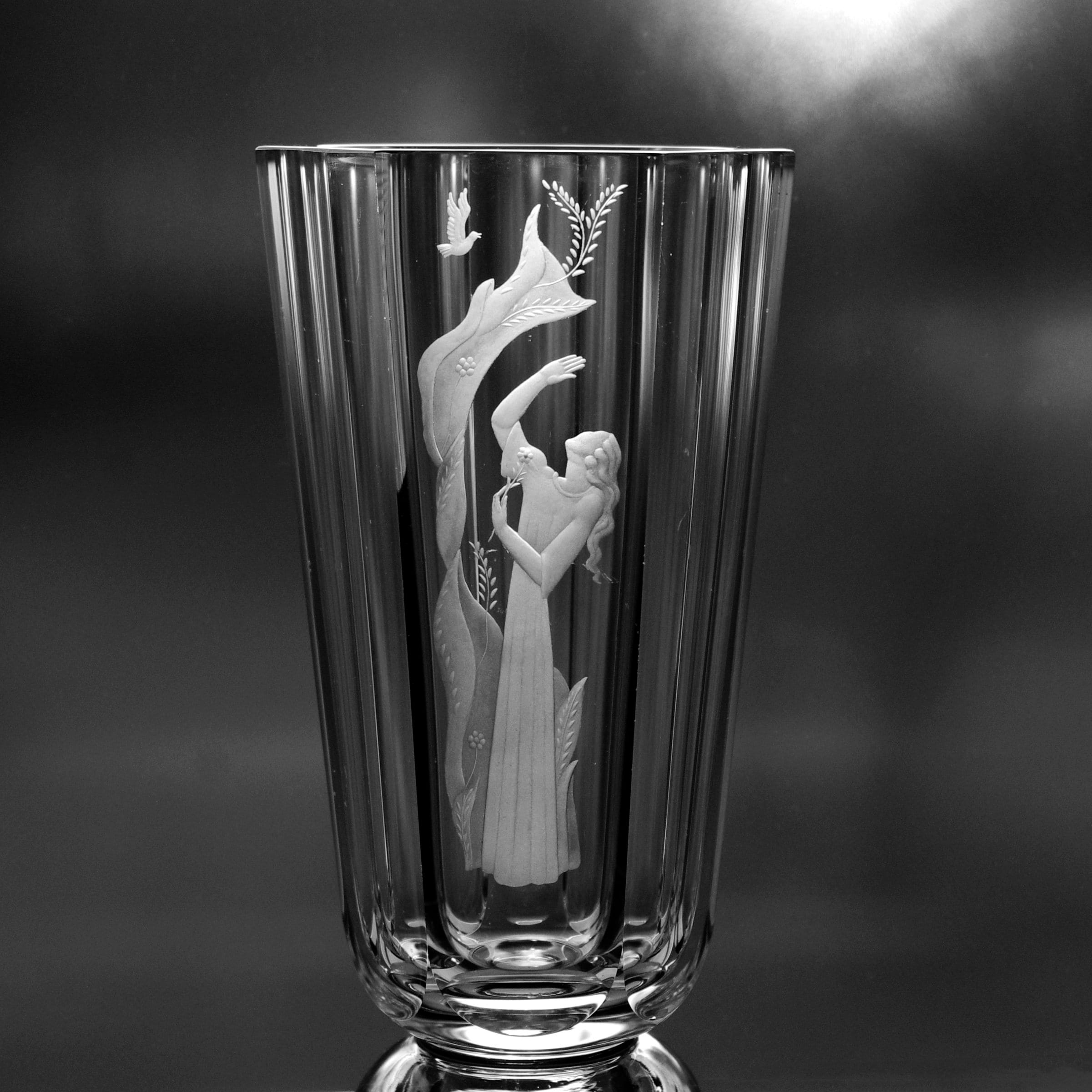 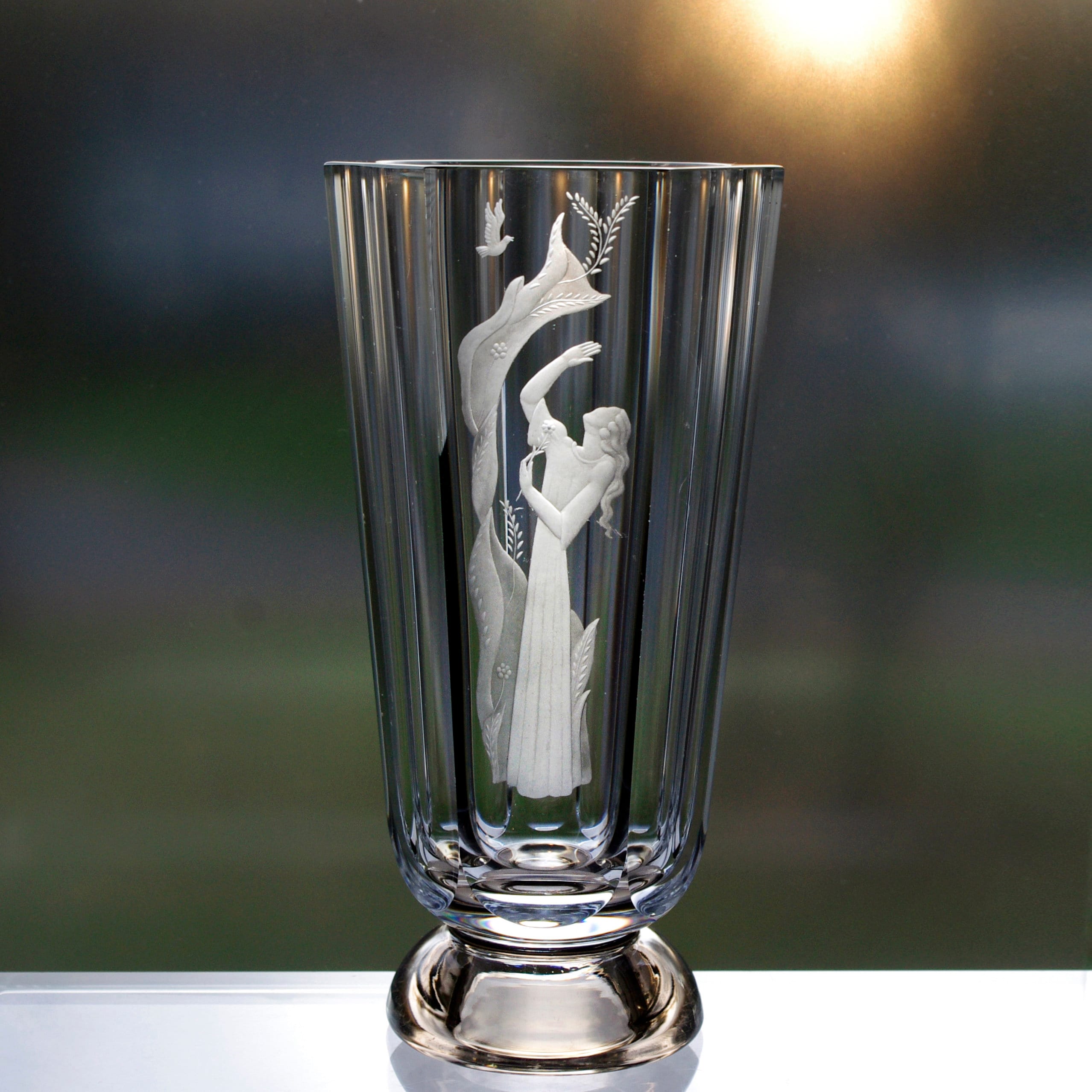 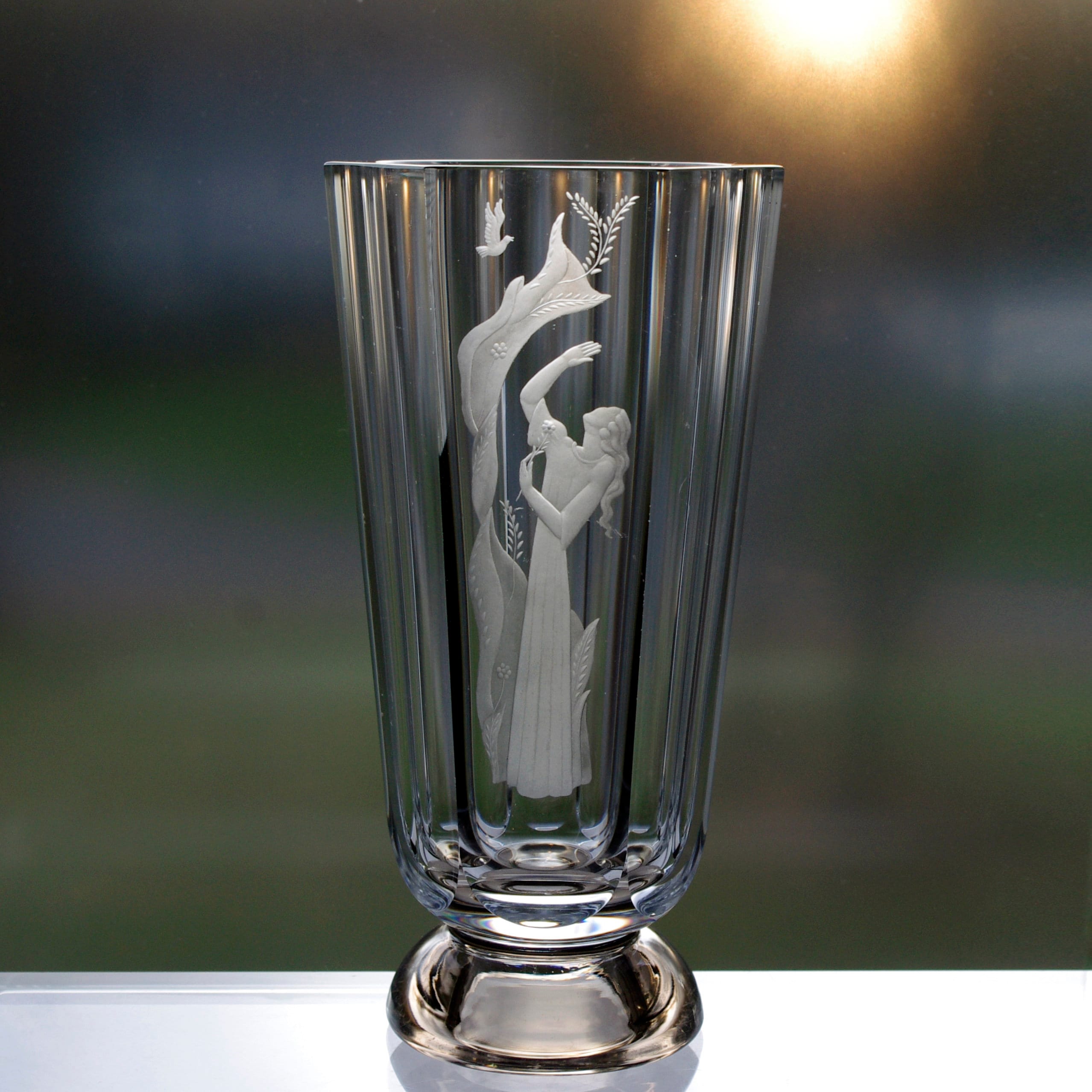 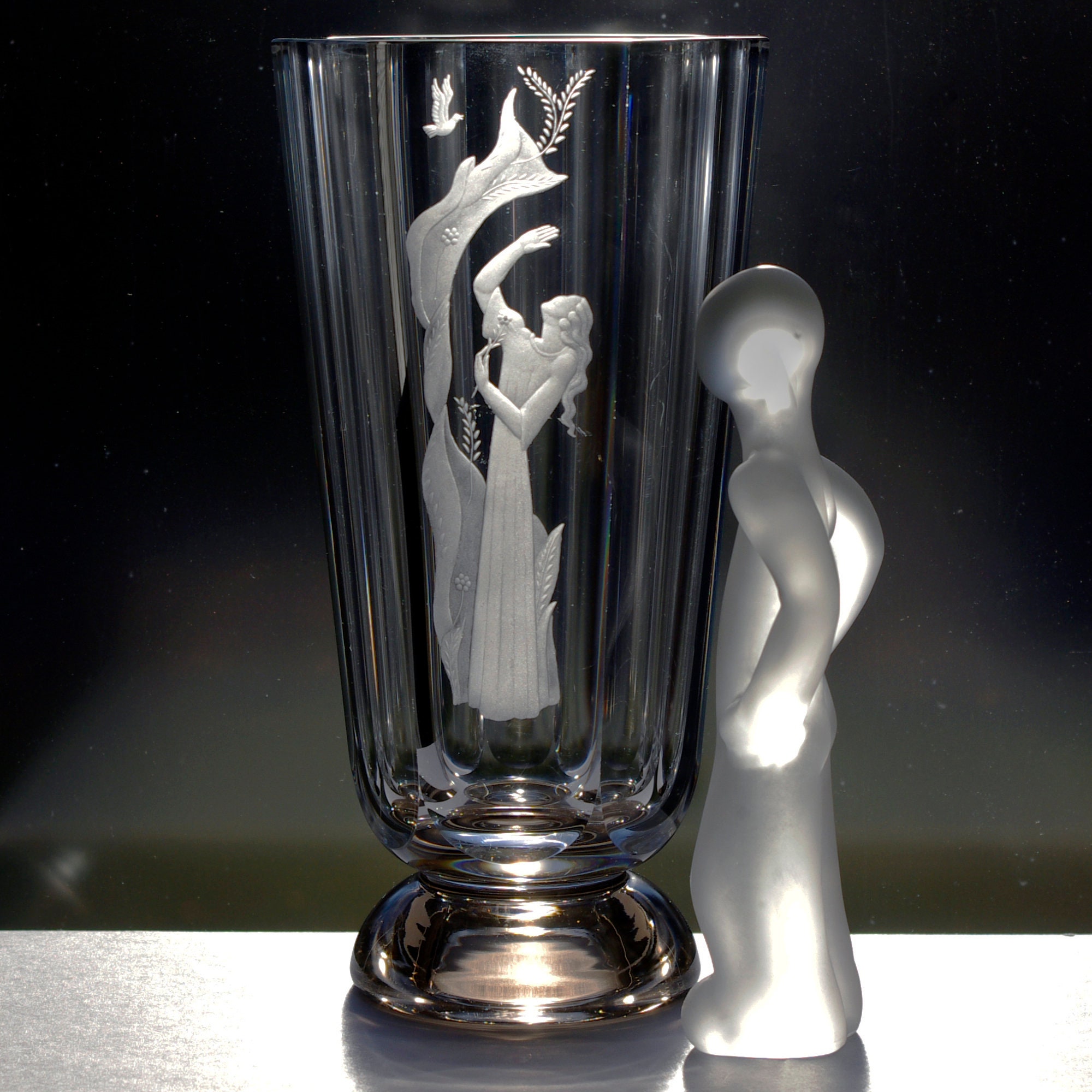 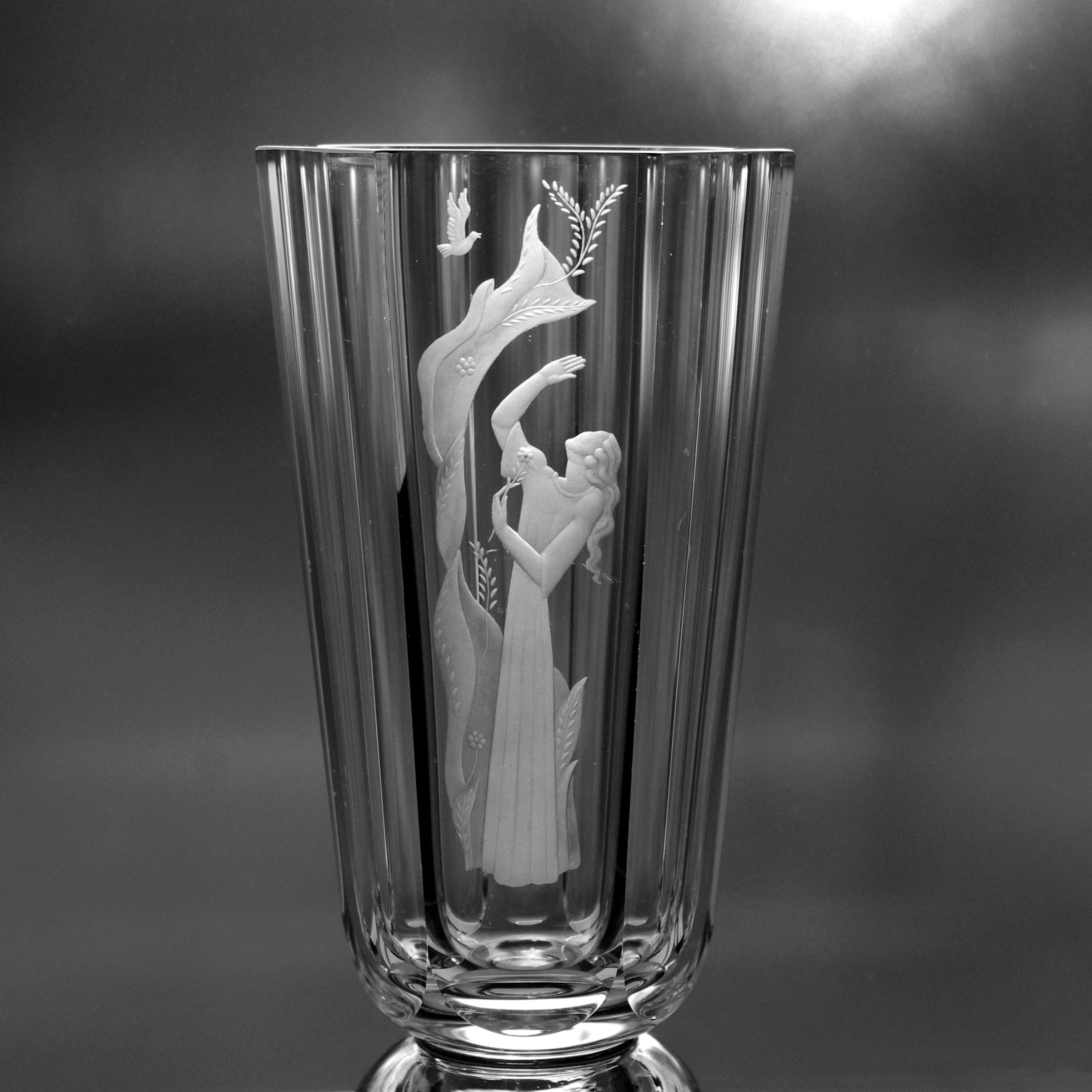 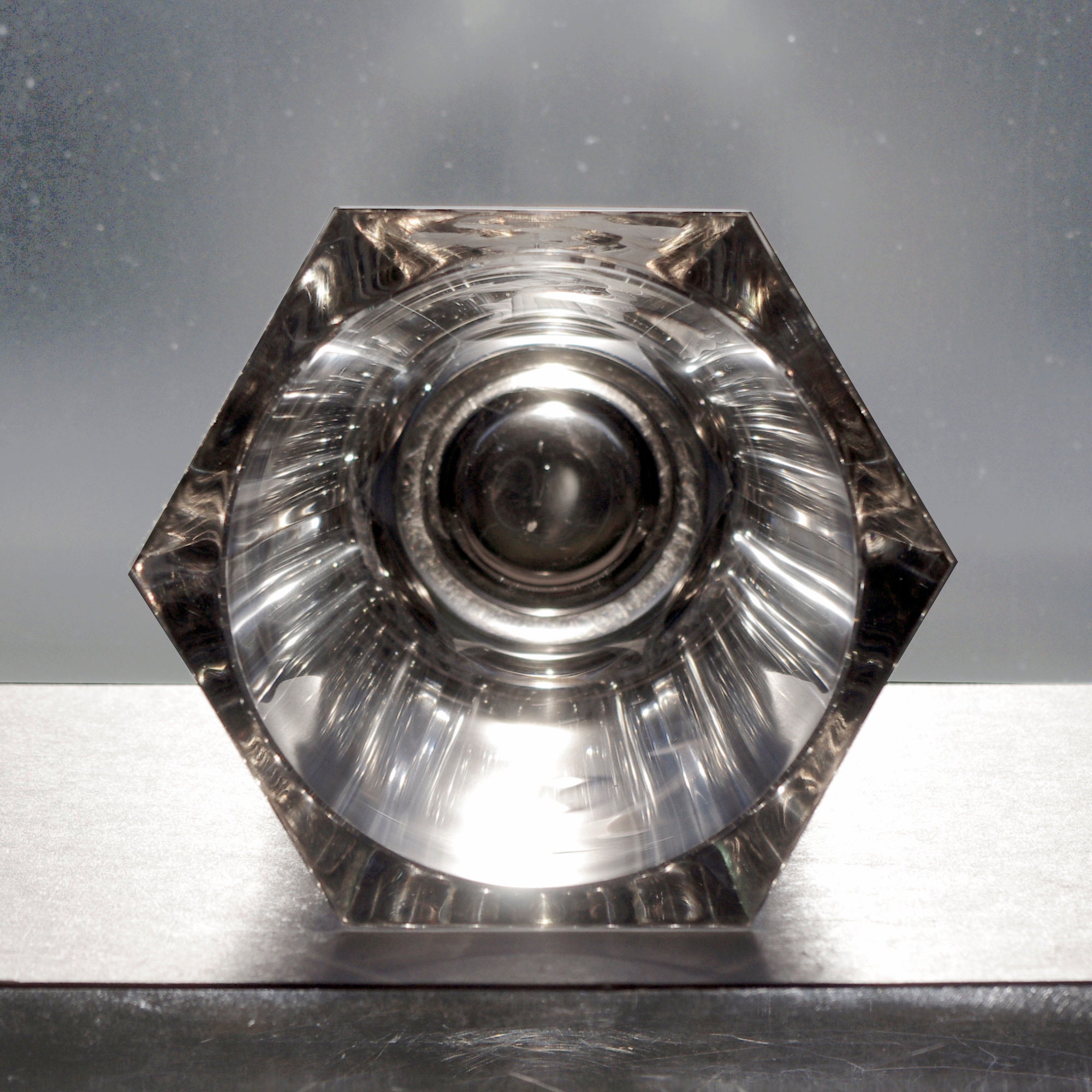 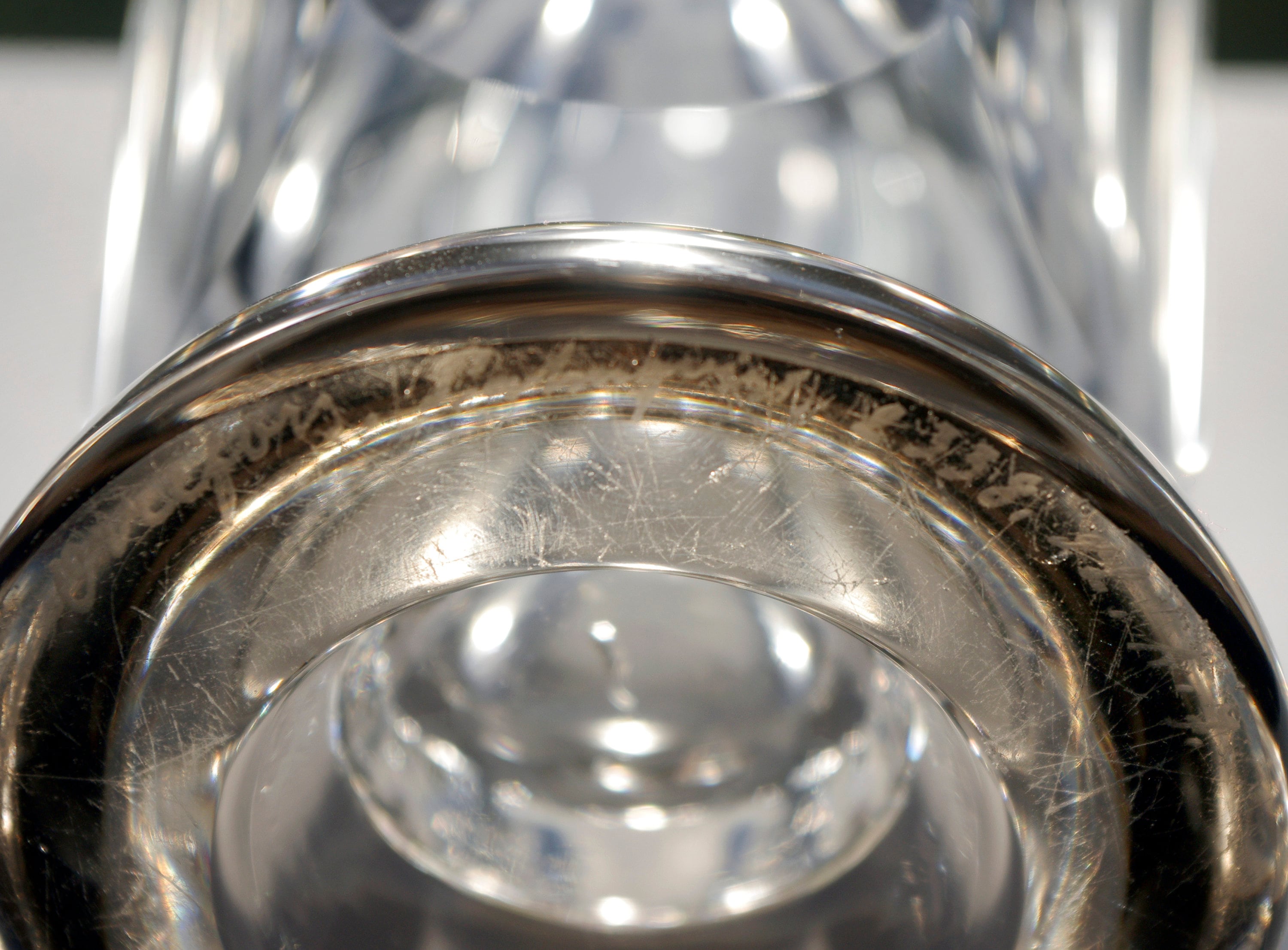 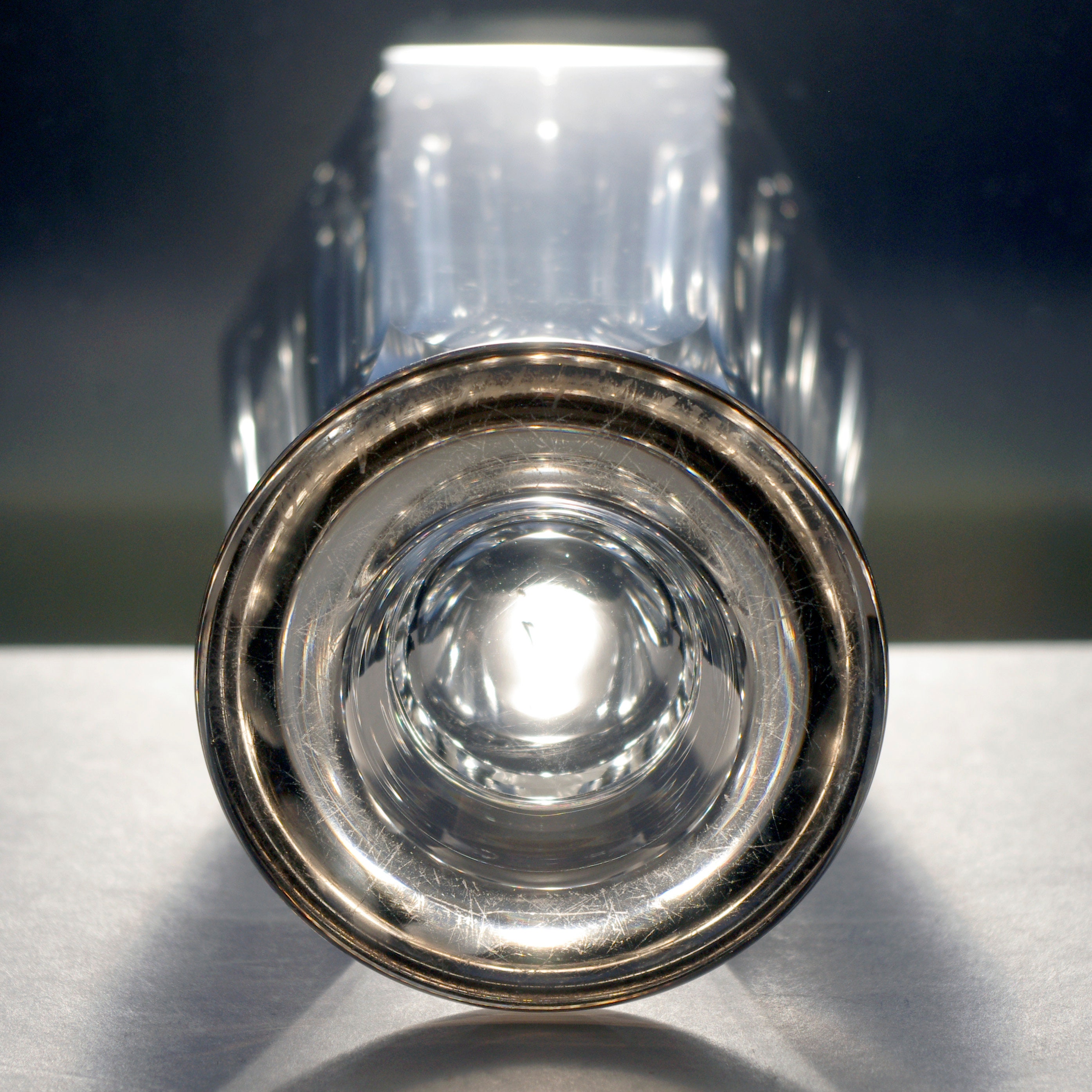 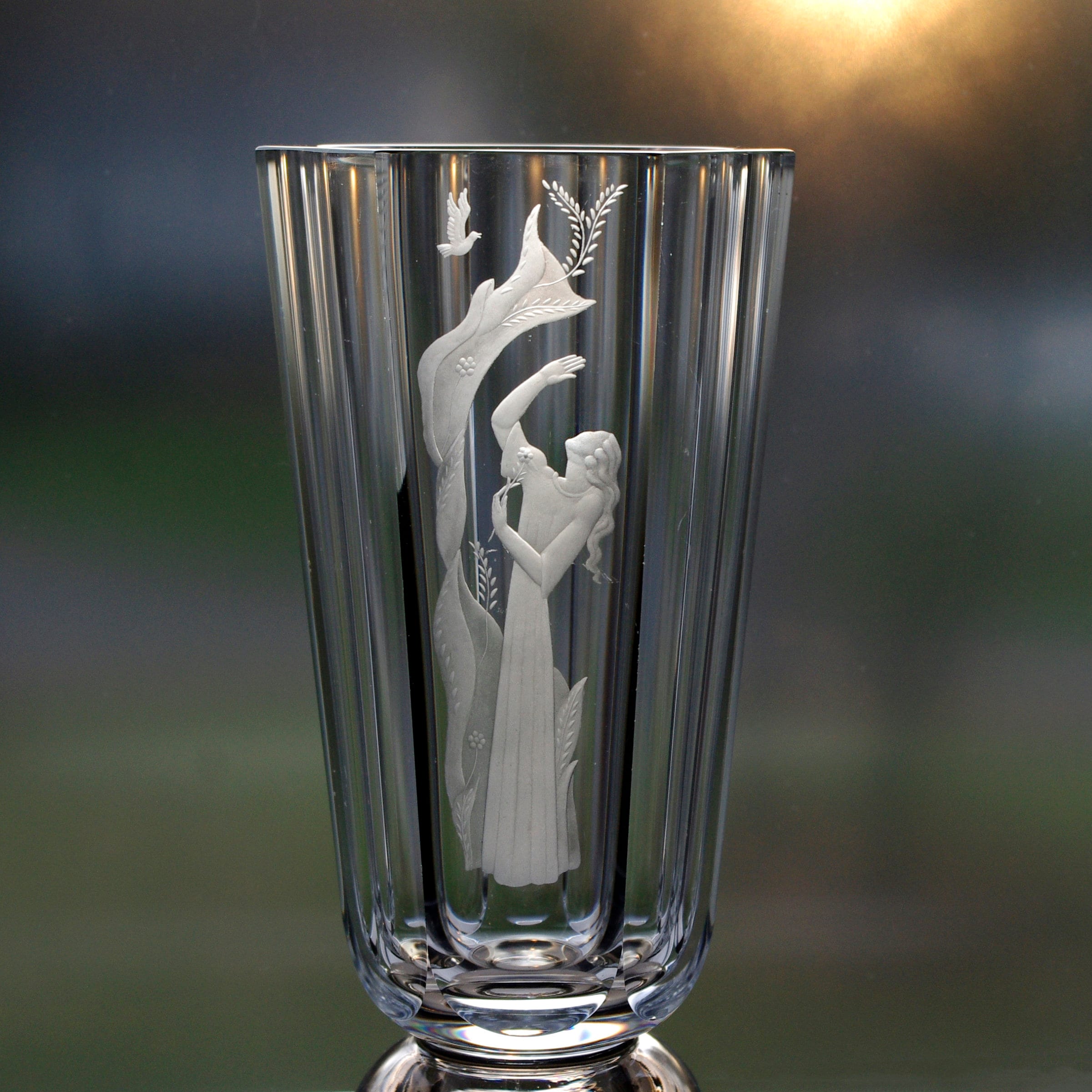 Sven Palmqvist designed this large crystal vase, and it appears in Catalog 15 from 1941. It is handblown and copper-wheel engraved. Its style shows a Art Deco influence, with clean lines and a strong, angular human form. The warm brown glass of the pedestal anchors both the vase and the woman.

This is a very large vase, 5.5" across and 10.75" tall, and it's heavy, weighing more than 6 pounds. There are a few extremely thin scratches on the piece that are hardly noticeable. The design code 2338 tells me it was designed in 1940, and the date code A7 means that this particular piece was made in 1941.