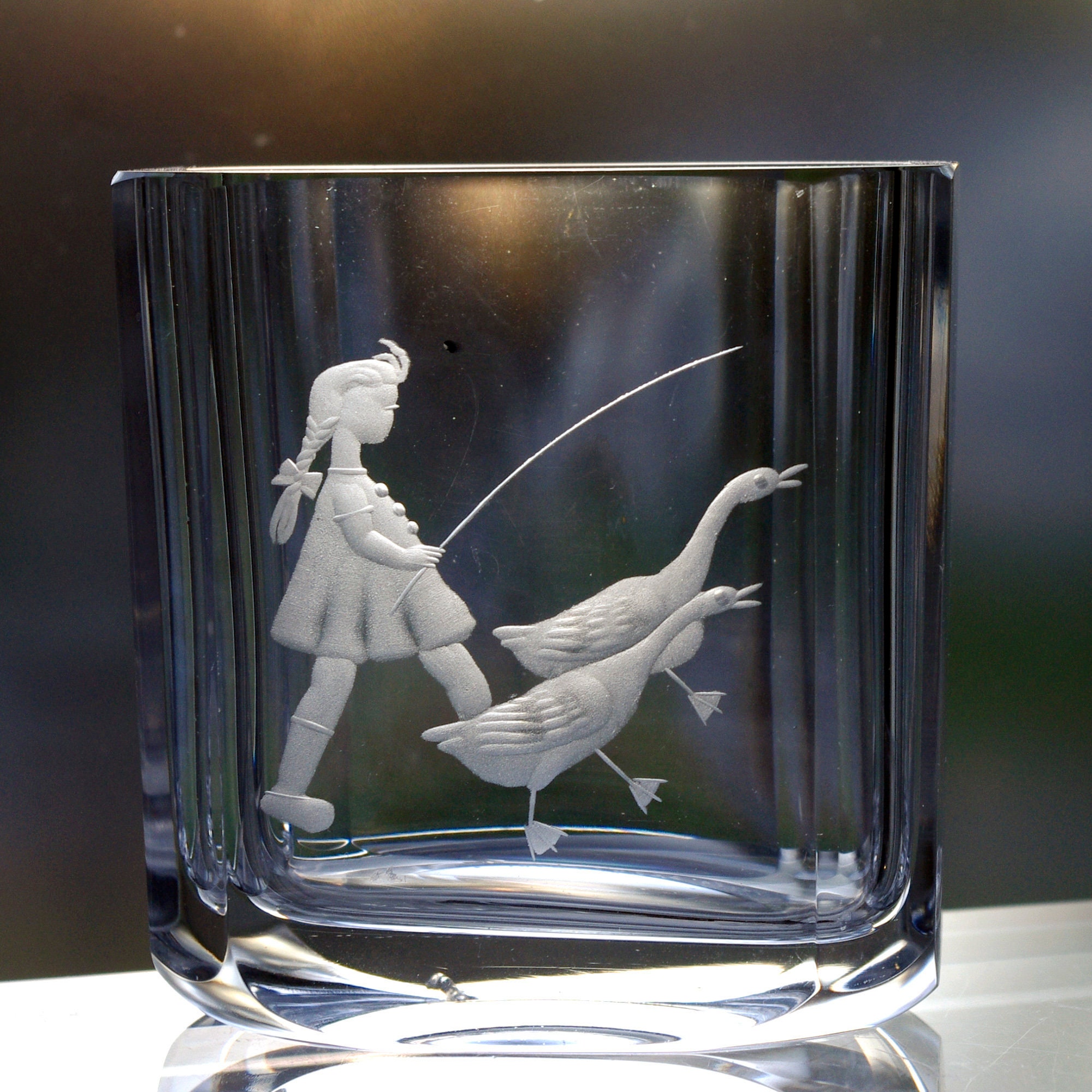 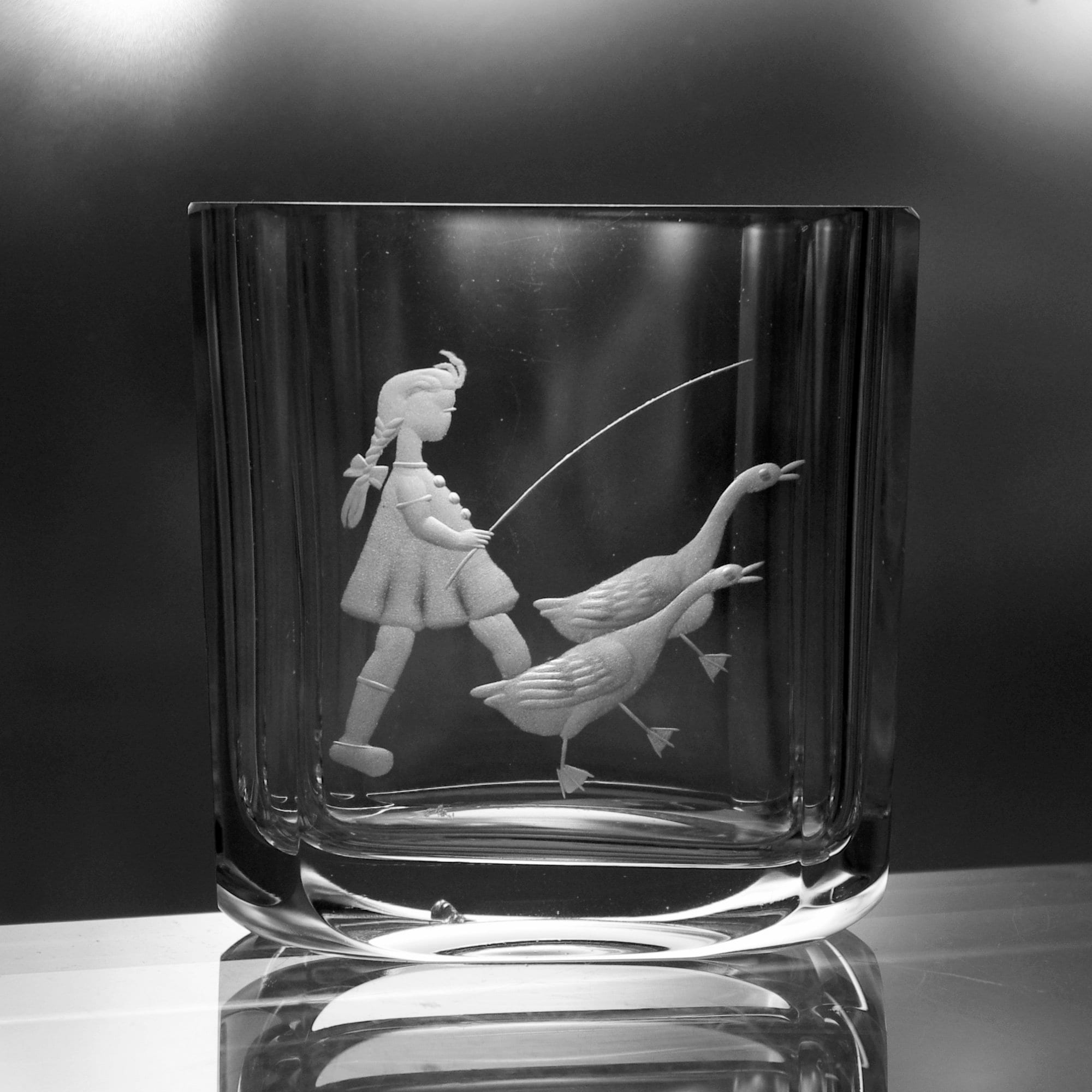 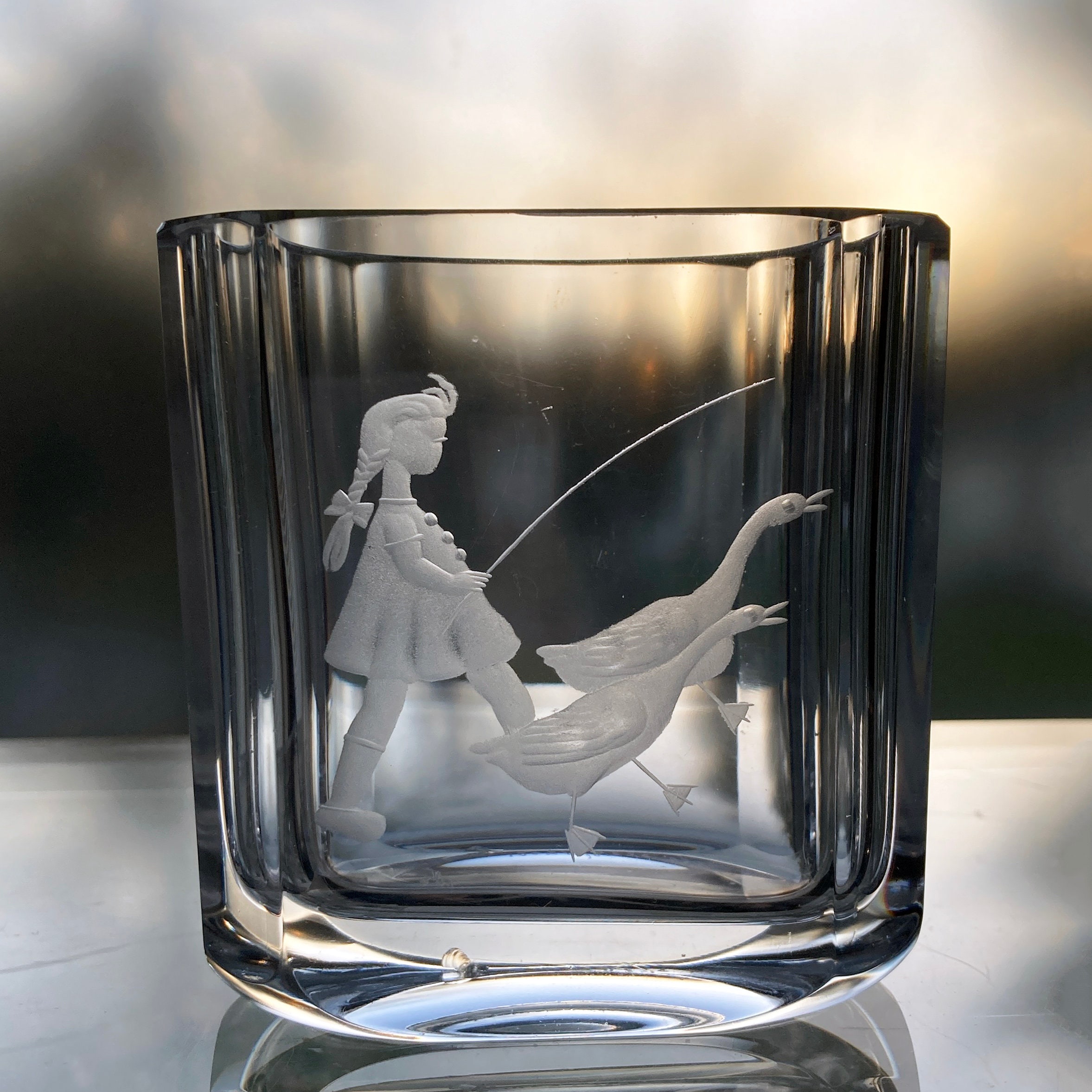 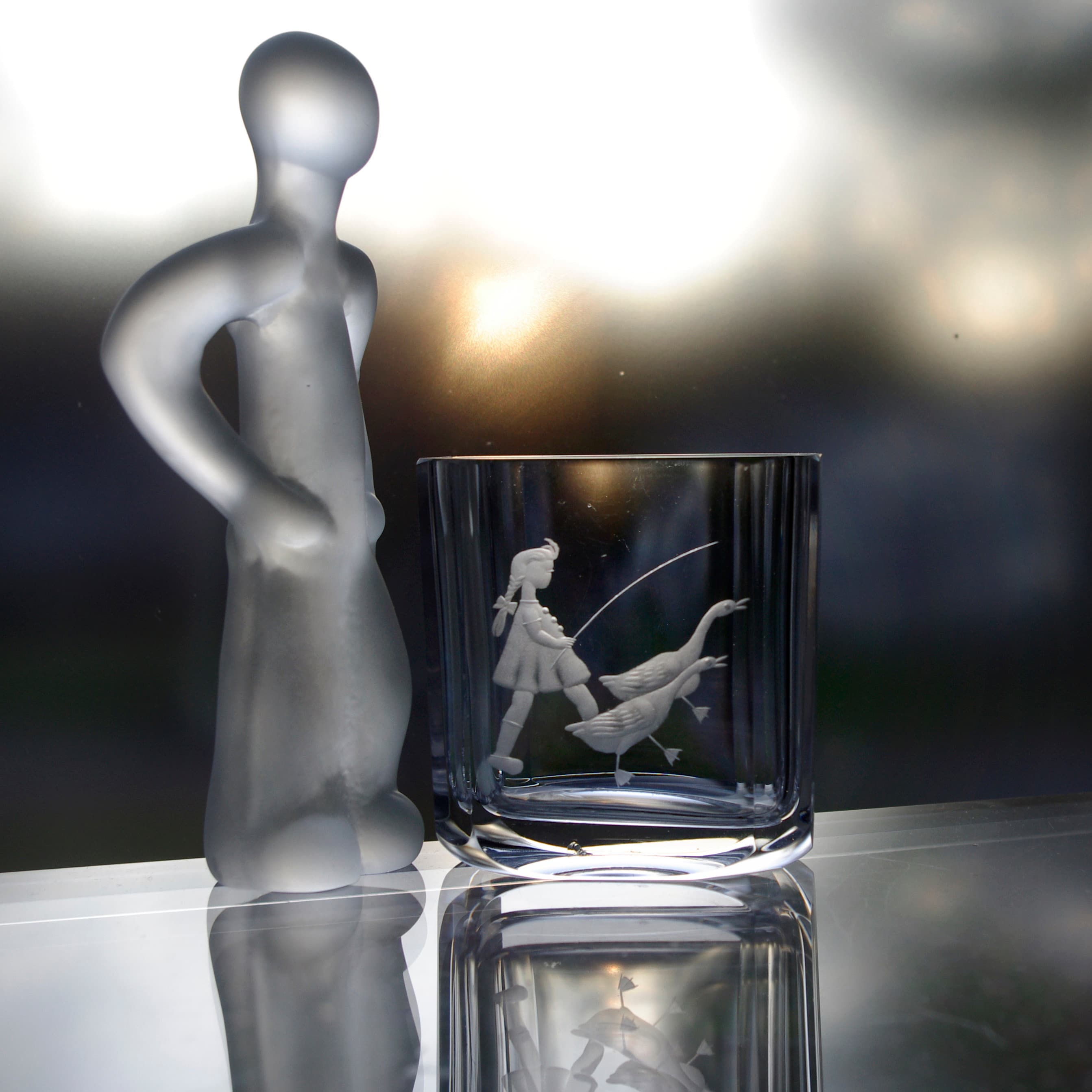 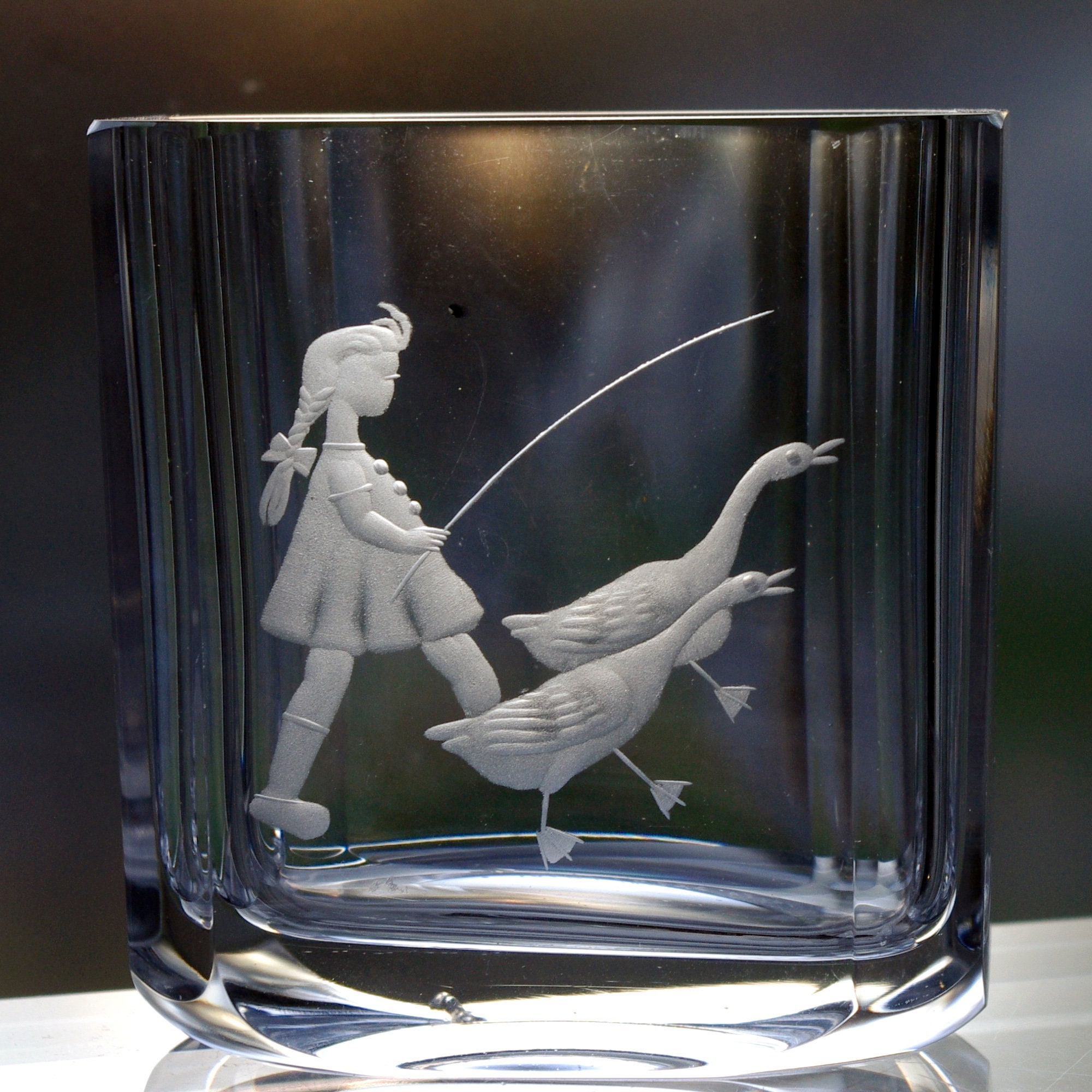 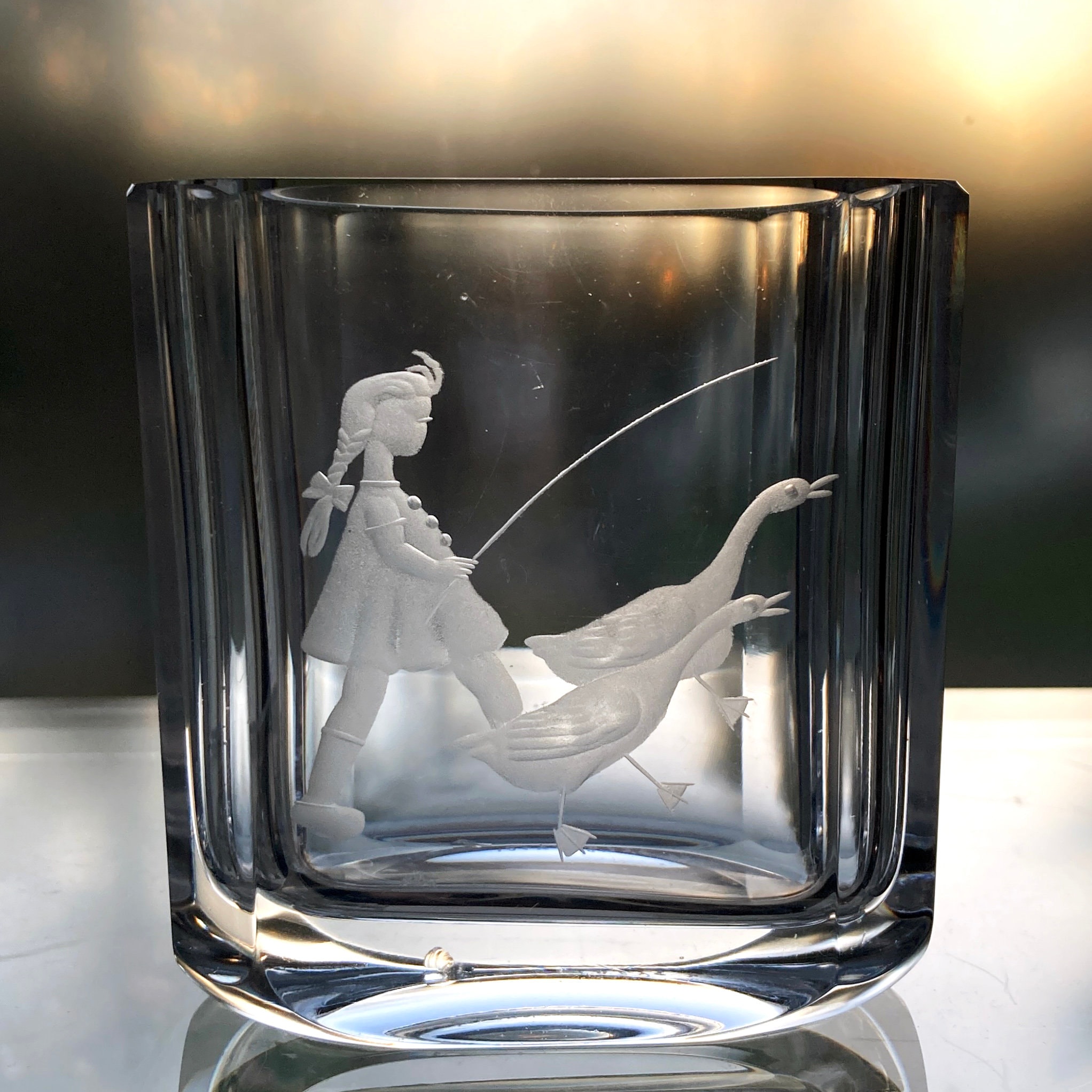 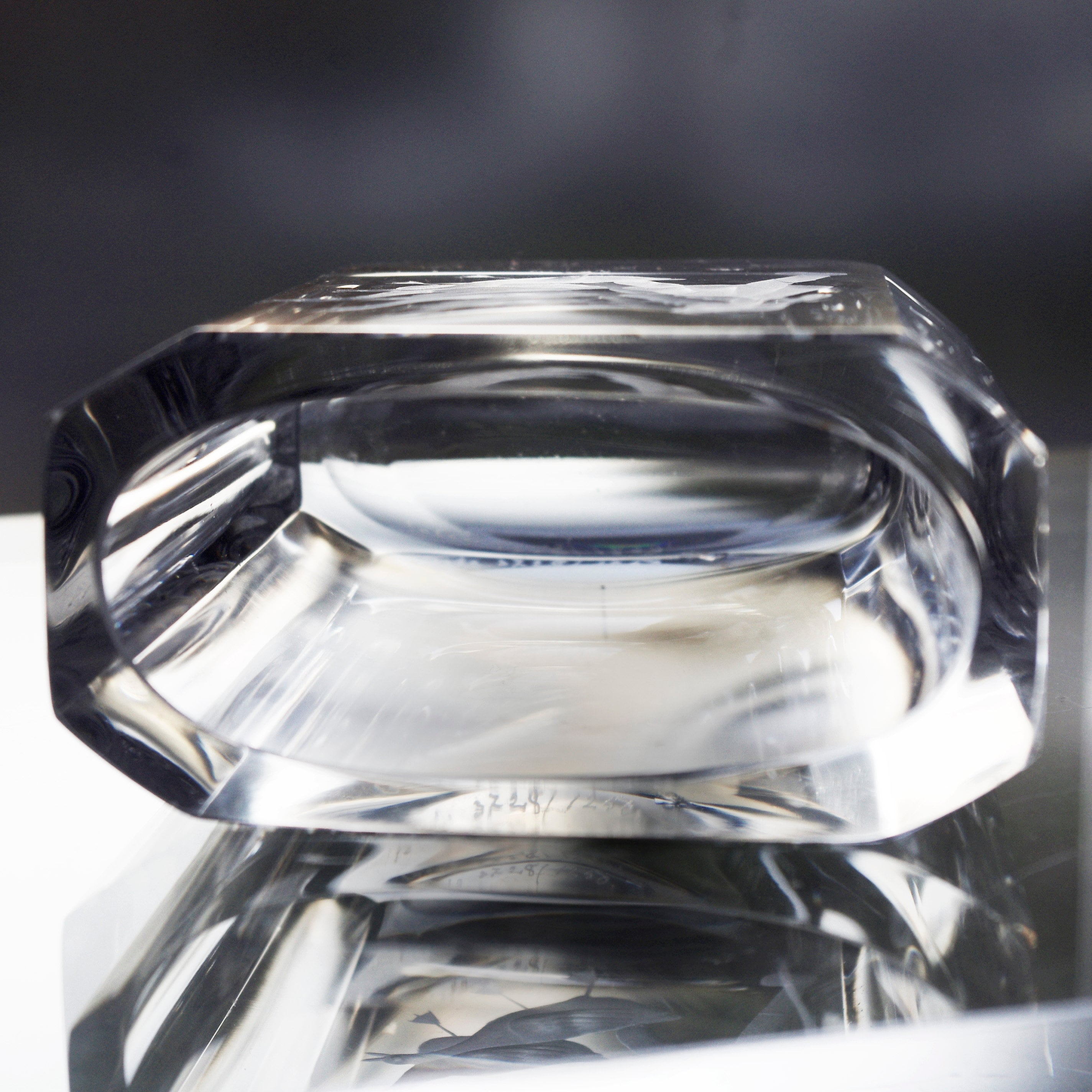 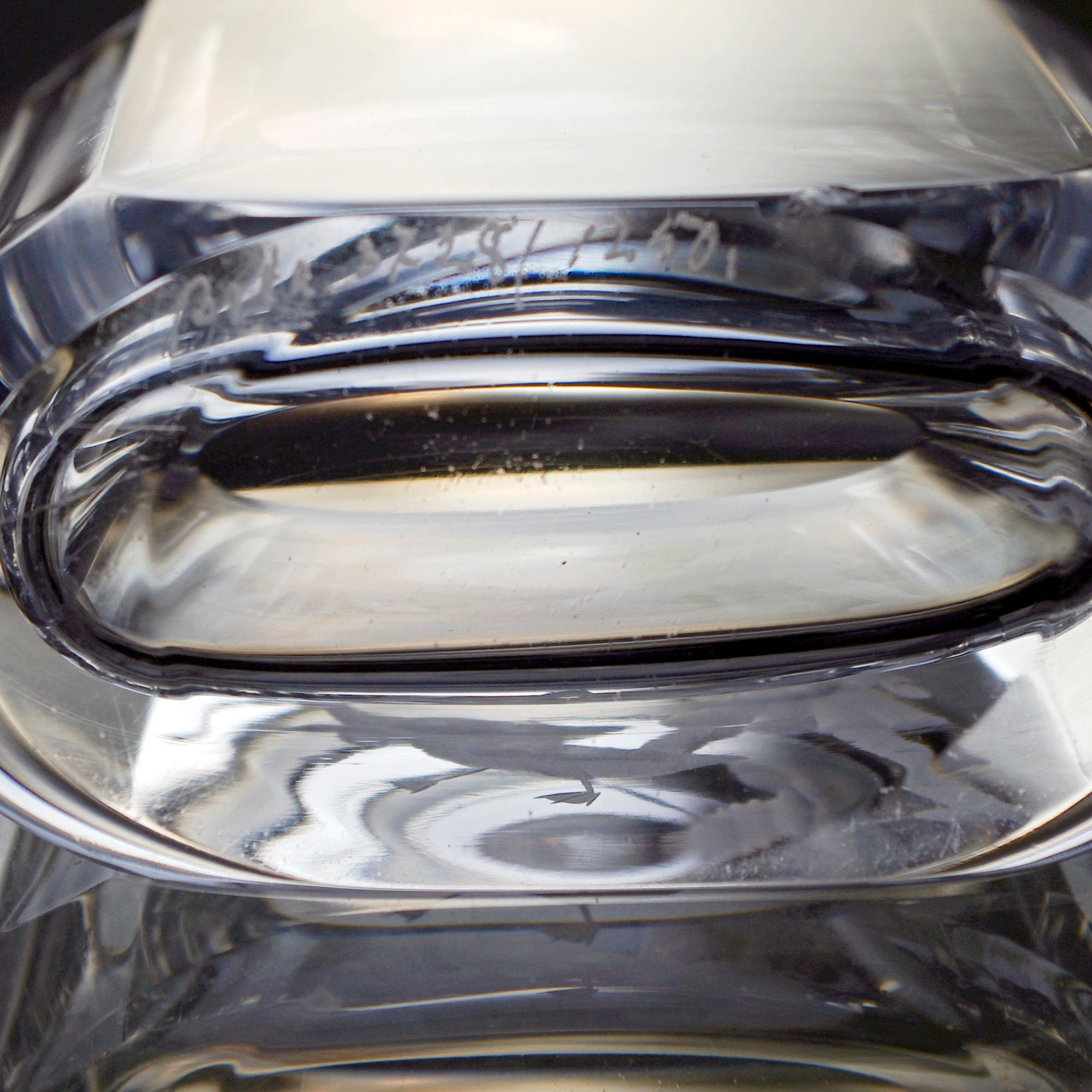 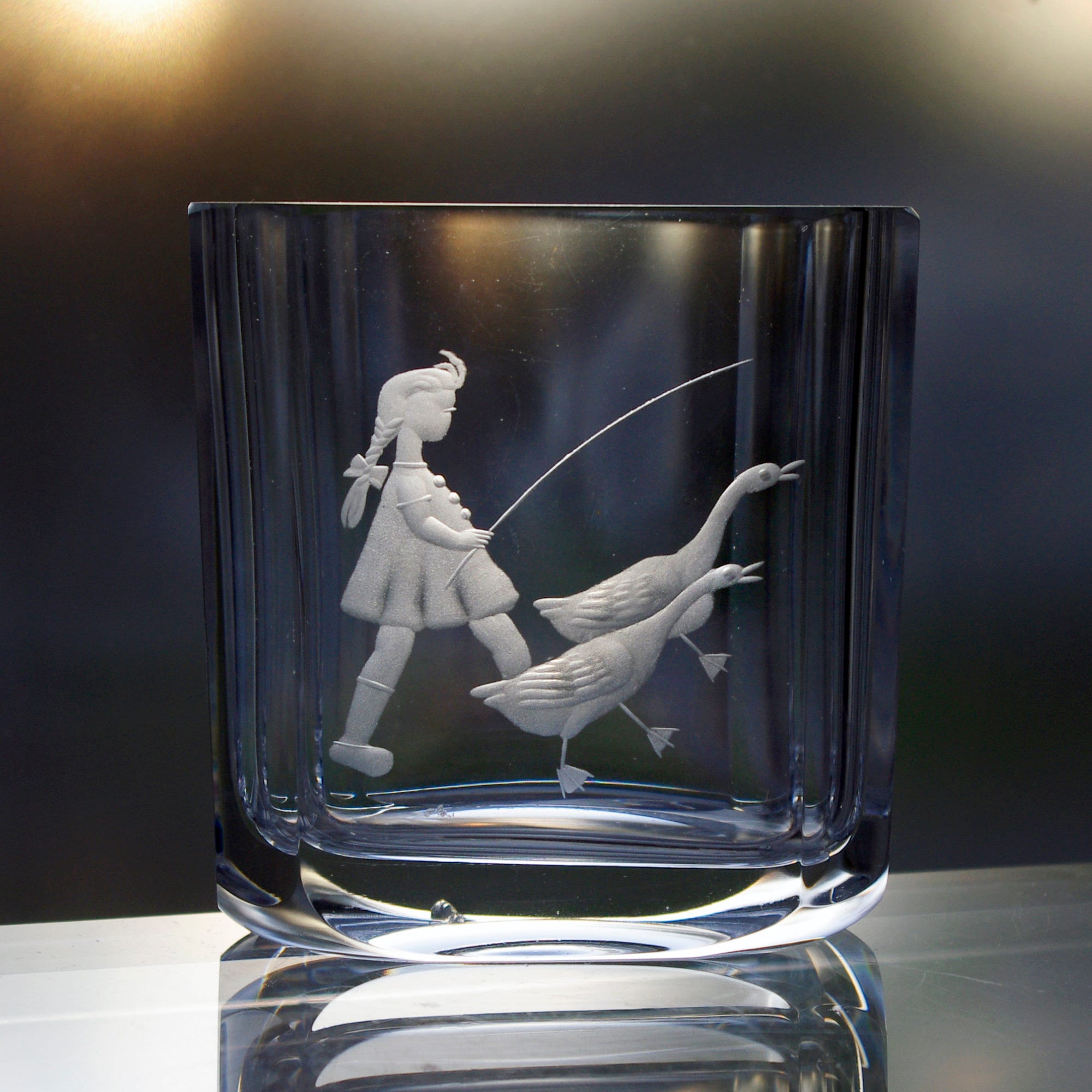 This lovely vase is about 75 years old, and it sparkles like new! It was made by the Swedish glass company, Boda, long before they merged with Kosta, another Swedish glass company. I don't know much about the artists and craftsmen at Boda, but I would guess that Fritz Kallenberg designed the vase and the image.

The vase is a perfect size for displaying on a shelf or table where it can catch the sunlight. It is almost 4 inches tall and 4 inches in width, and it weighs 1.25 pounds! This piece has a small chip on the back bottom edge, as seen in the photos. It is priced with this in mind.