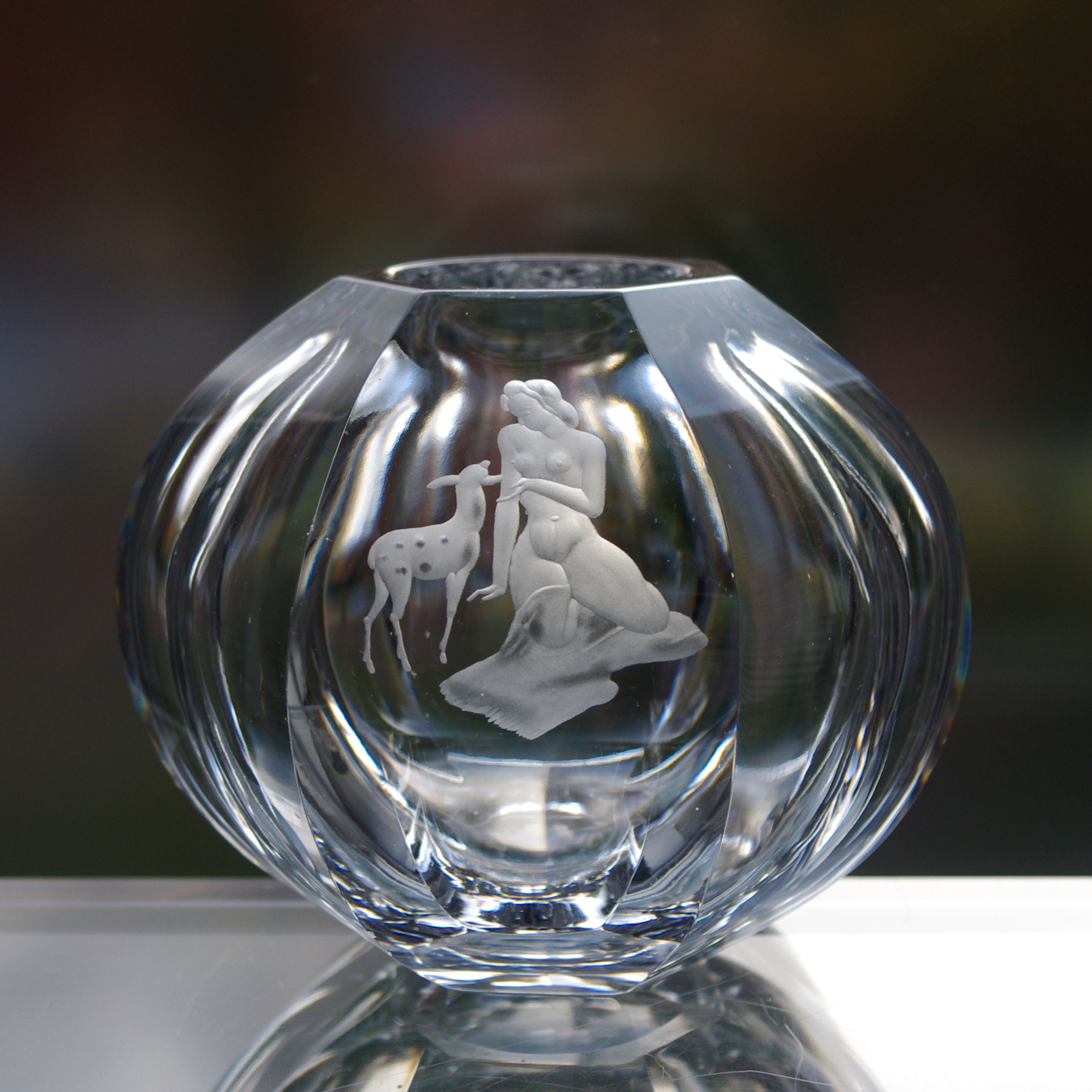 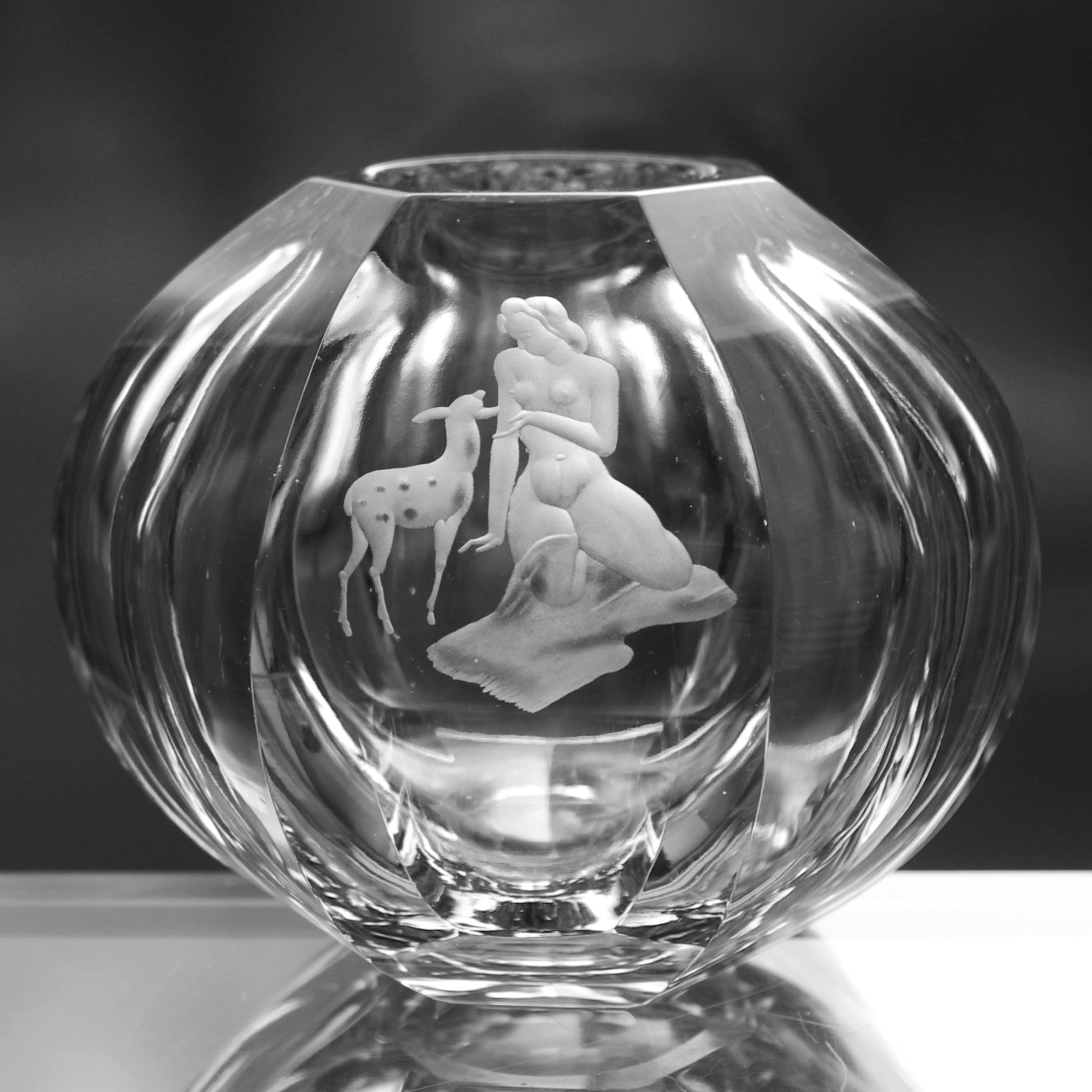 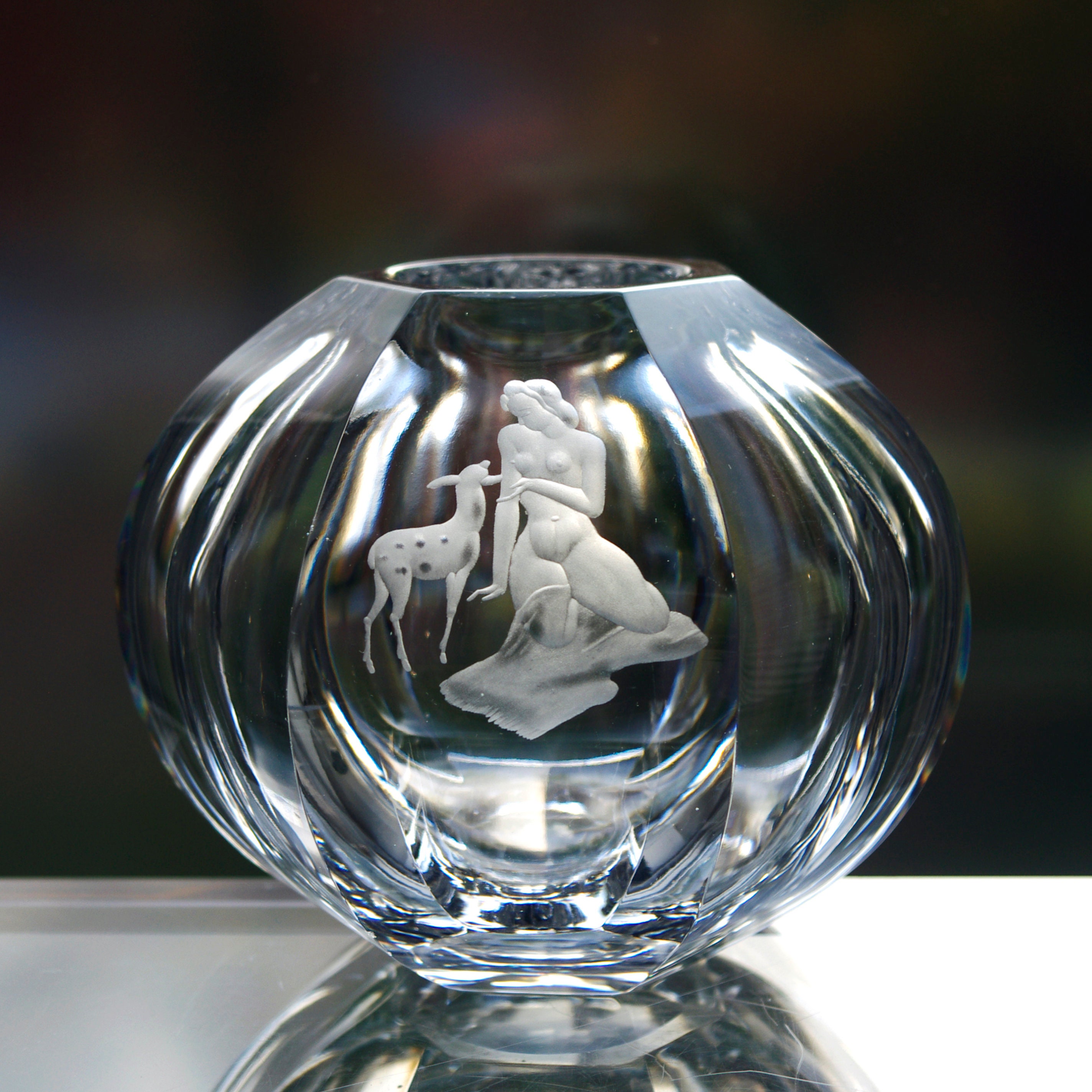 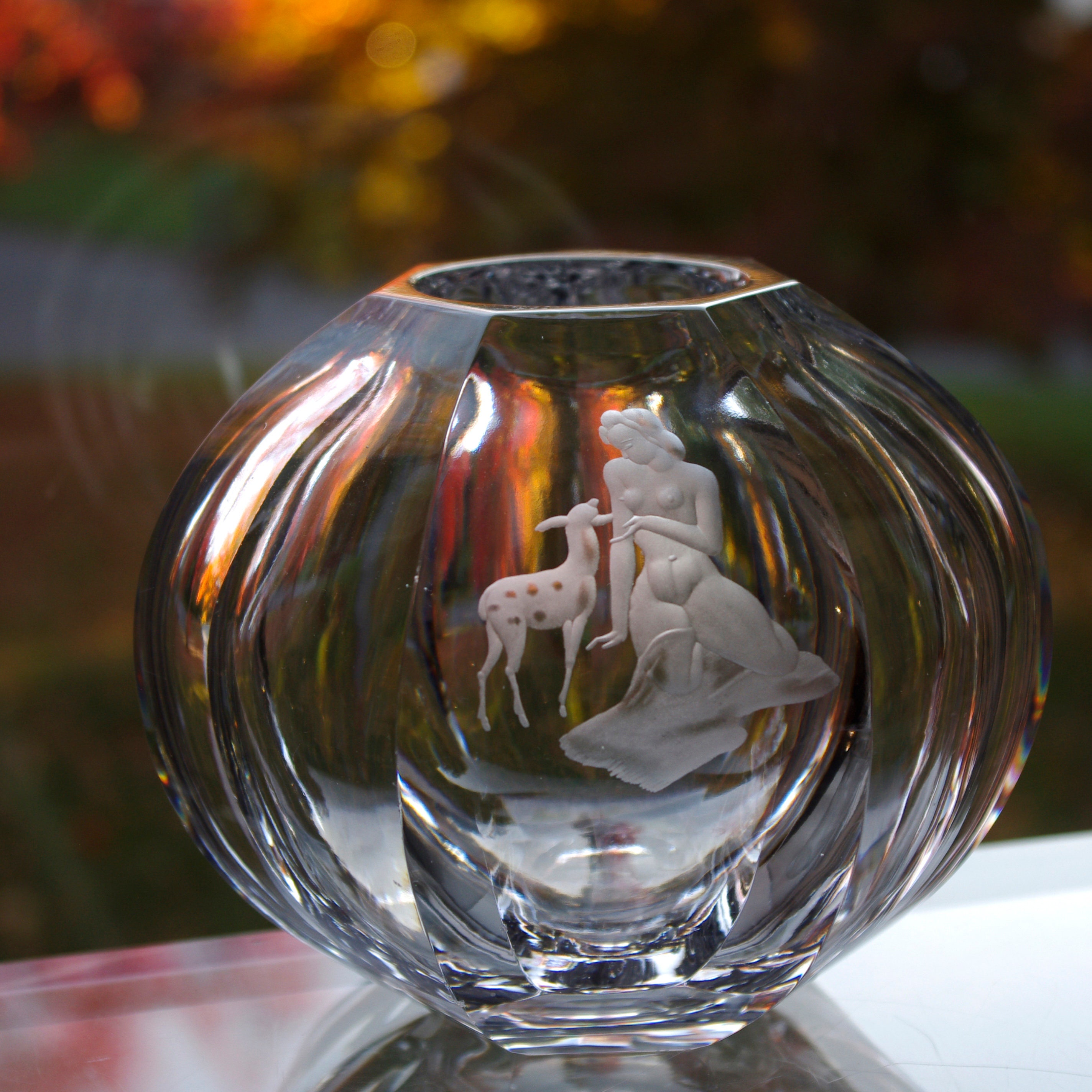 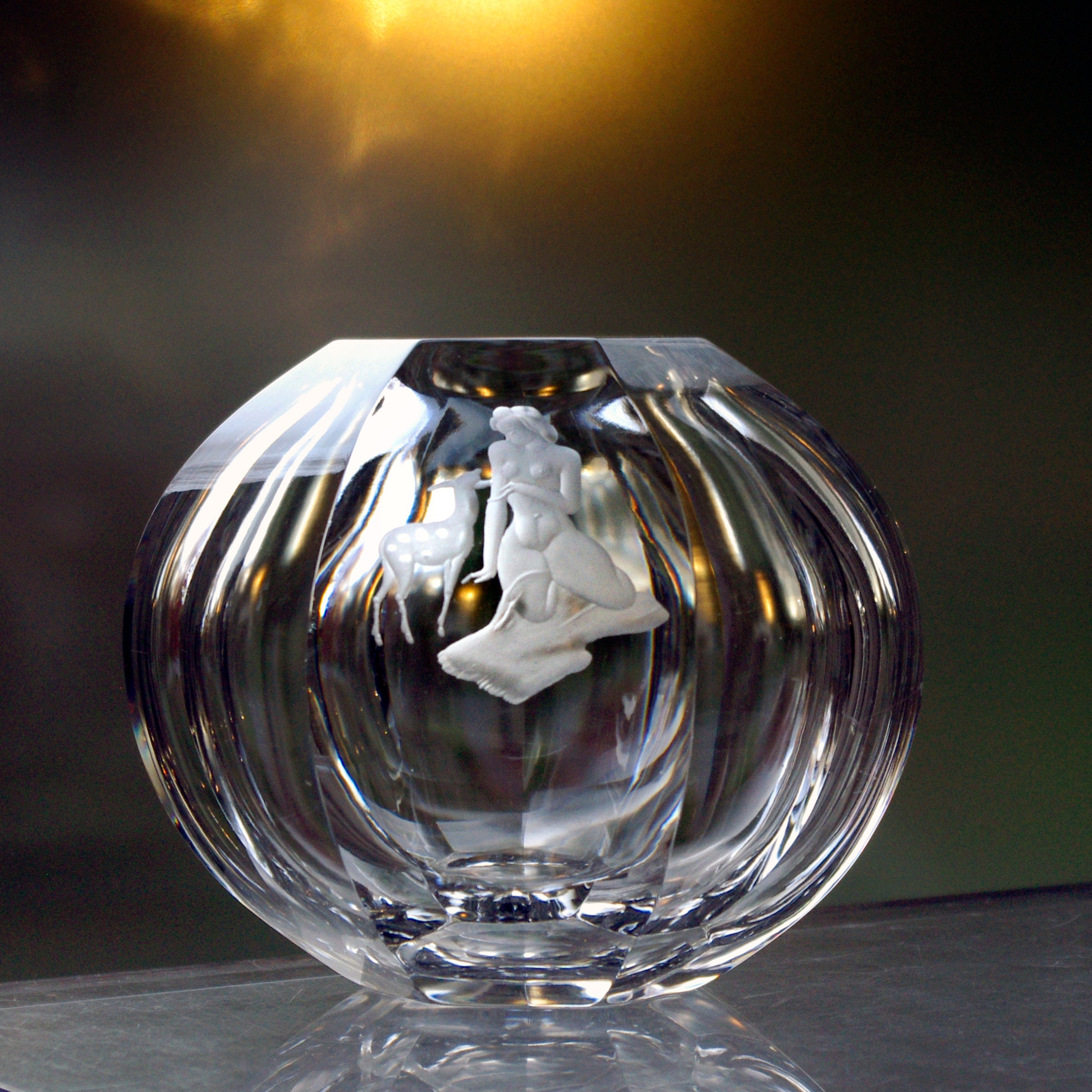 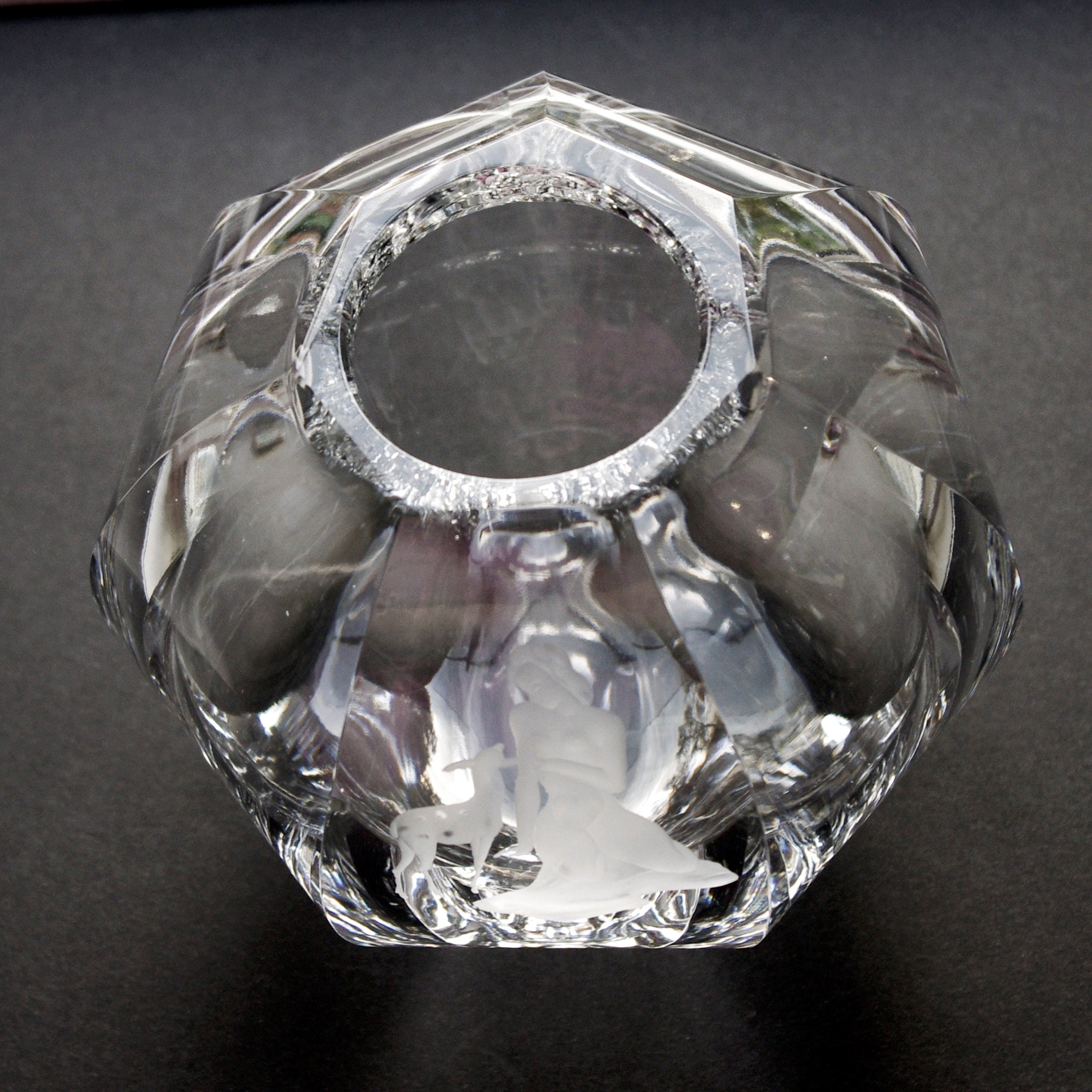 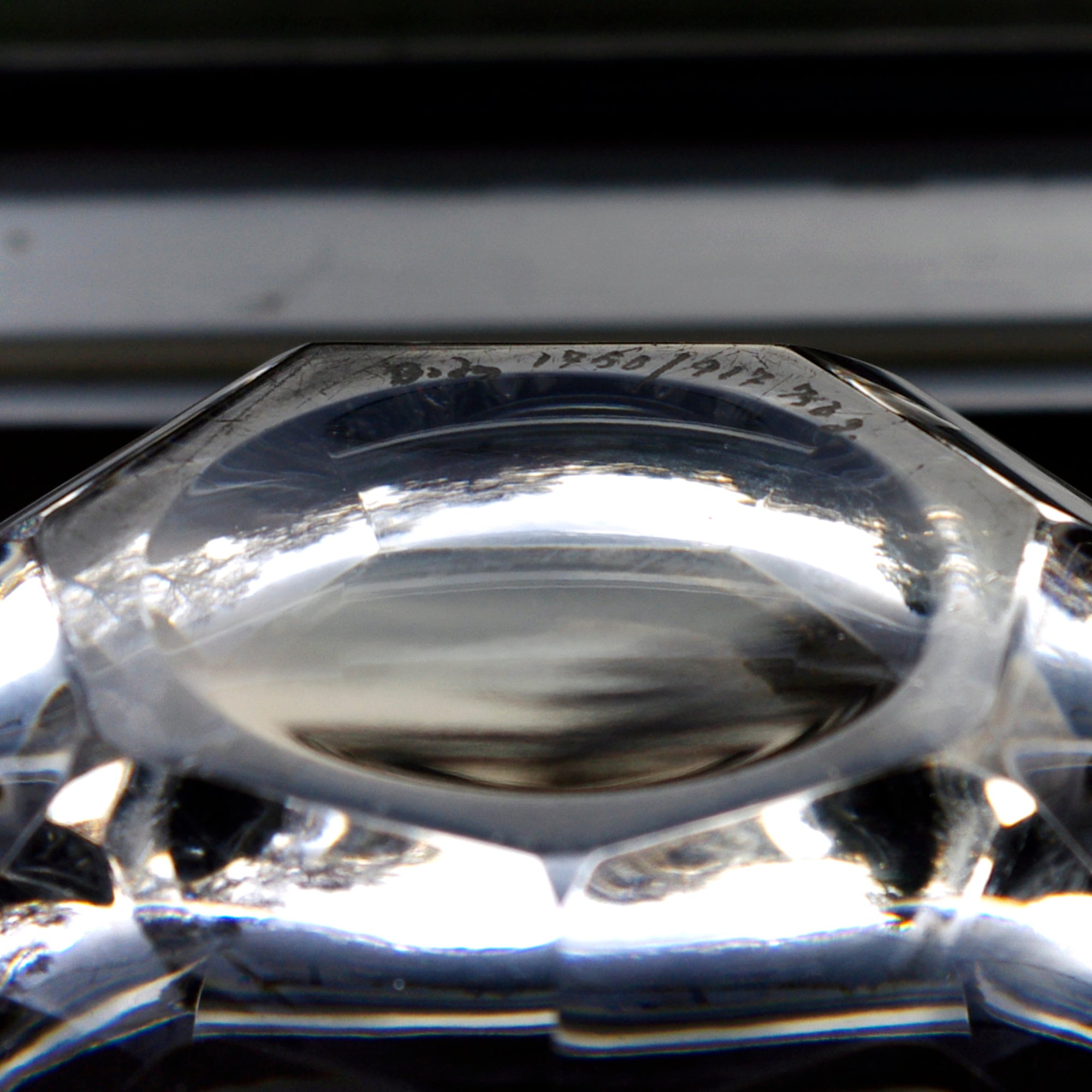 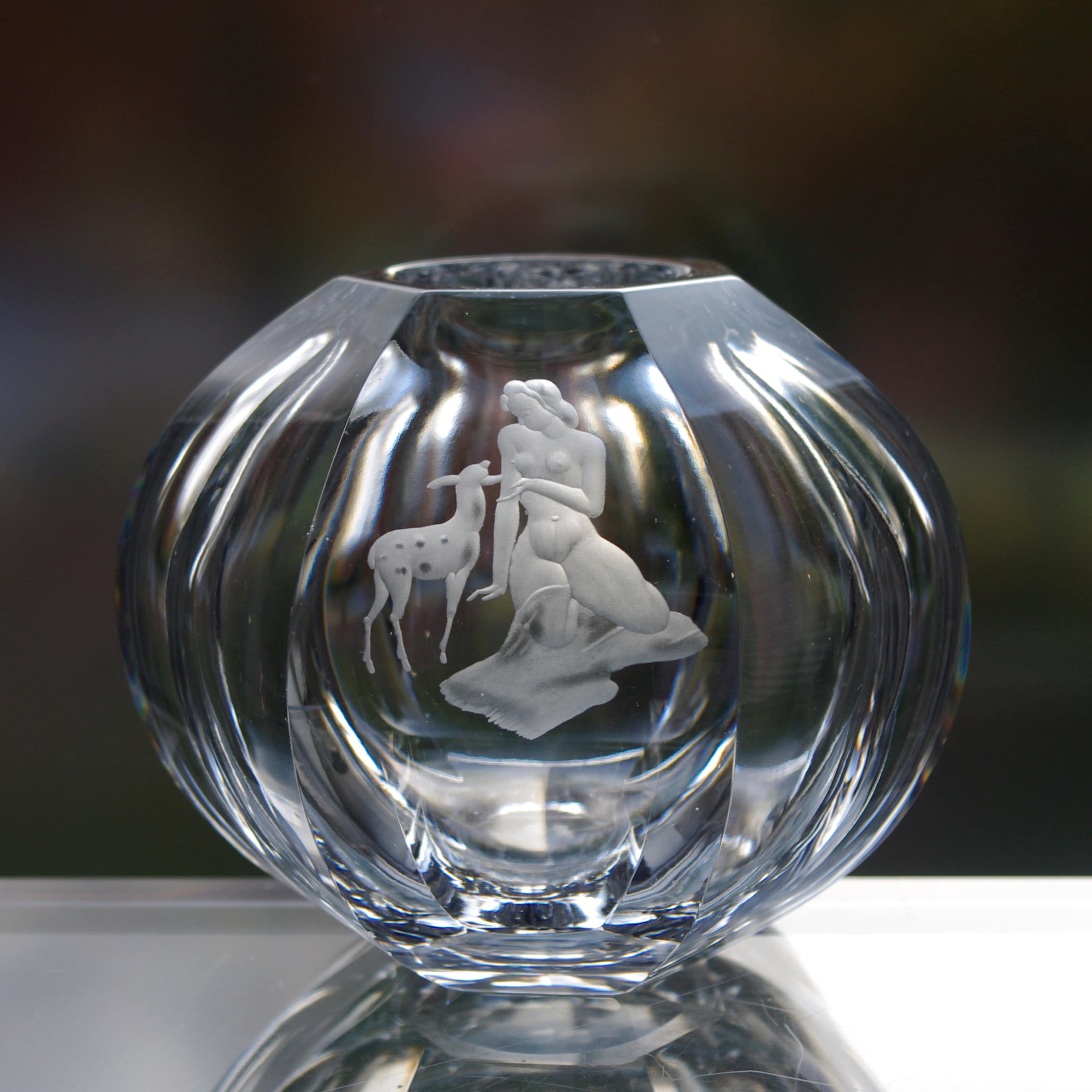 This amazing vase is about 75 years old, and it sparkles like new! It was made by the Swedish glass company, Boda, long before they merged with that other Swedish glass company, Kosta. I don't know much about the artists and craftsmen at Boda, but I would guess that Fritz Kallenberg designed the vase and the image. As a math nerd, I love the fact that this vace has seven faces (it is heptagonal!). From an optics perspective, it means that when you look into a flat side, you see the edge opposite it, not another flat side. This maximizes the play of light in the crystal - clever and beautiful!

Boda glassworks was built in 1864 at Förlångskvarn, on the border between Madesjö and Algutsboda parishes, at the site that later became the town of Boda. It was founded by glassblowing masters Reinhold Viktor Scheutz and E. Vidlund from Kosta. The community of Boda Glassworks grew up around the mill. Fritz Kallenberg worked at Boda from 1916 to 1968 - whoa!

The vase is a perfect size for displaying on a shelf or table where it can catch the sunlight. It is about 5 inches tall and it weighs 4.5 pounds! The design was made by pressing the glass against a copper wheel, spinning like a fixed Dremel tool. A slurry of oil and grit would coat the wheel, cutting into the glass. Different sizes of wheels made different kinds of cuts. This technique had widespread use in Sweden until the 1950's, when an engraving pen, based on a dentist's drill was invented. Because it was easier to master the use of the engraving pen, many companies switched to using it. Cool stuff.

Pieces of this quality and sophistication are getting harder than ever to find. It is true that they really don't make them like this anymore.