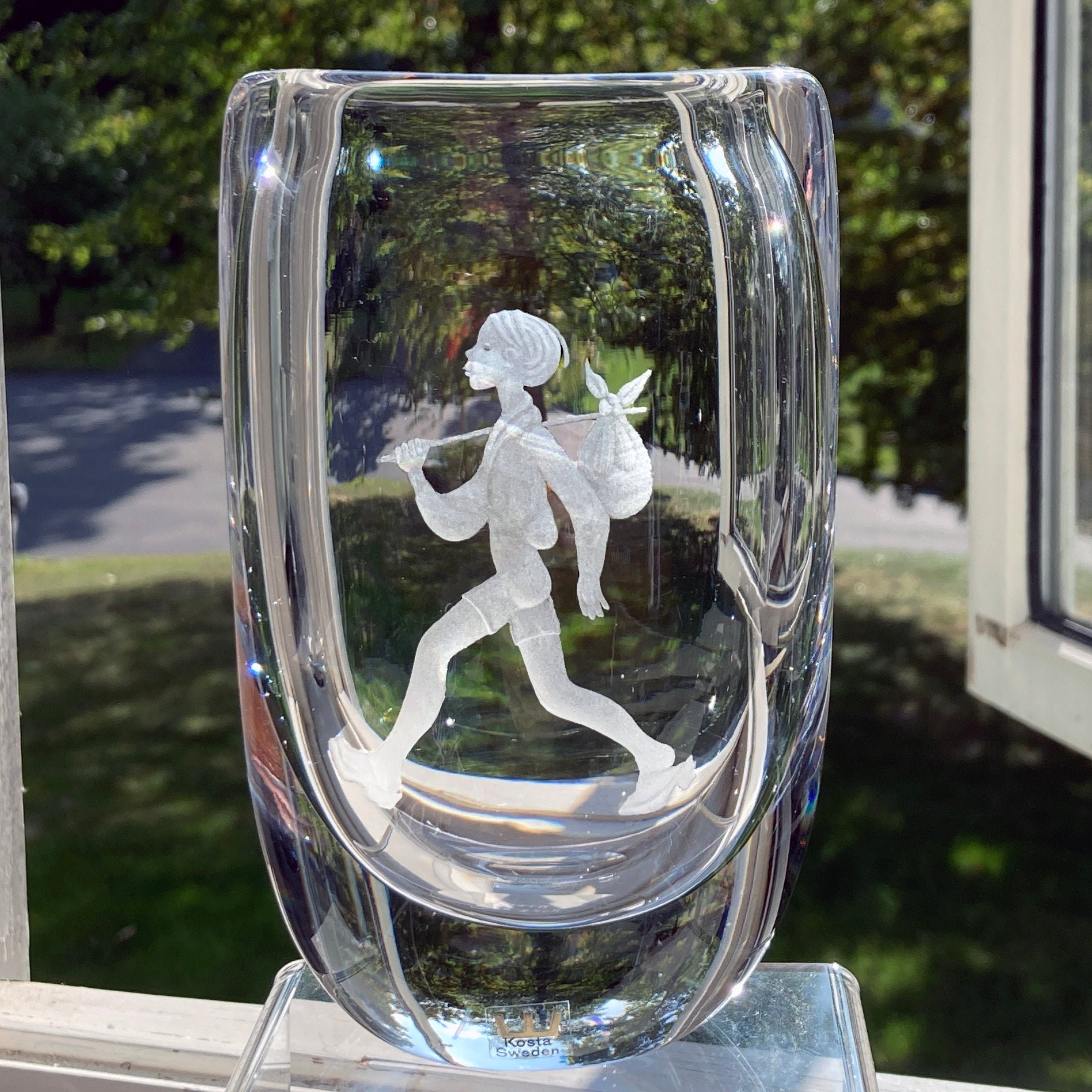 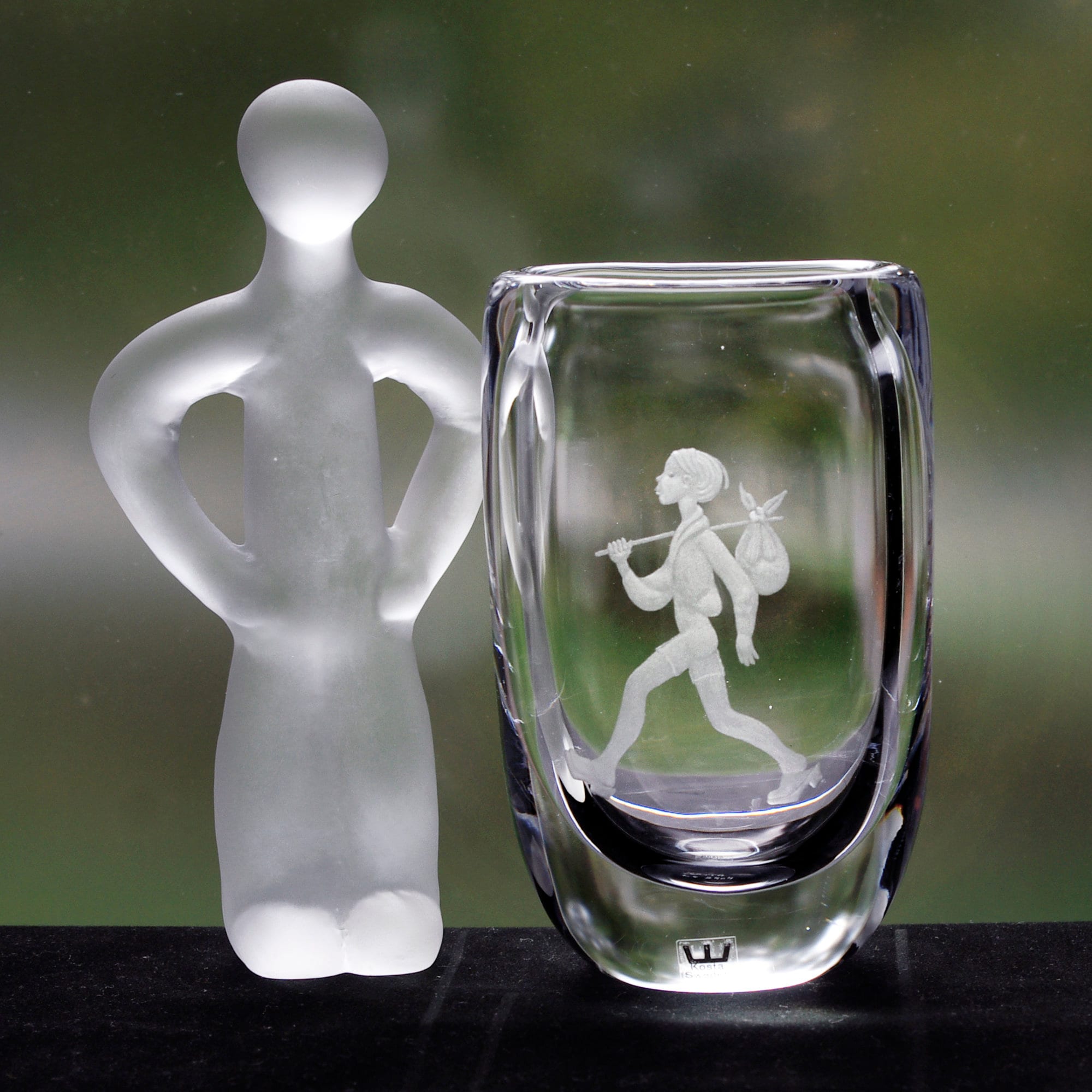 Engraved Kosta Crystal Vase, "The Future is Mine," Boy with a Knapsack, Designed by Vicke Lindstrand, c. 1960

This charming Swedish art glass vase was designed by Vicke Lindstrand around 1960 at Kosta Glassworks (before the merger with Boda in the 70's). It is a lovely size for an accent piece, measuring 2" x 4" x 6" and weighing 2.5 pounds.