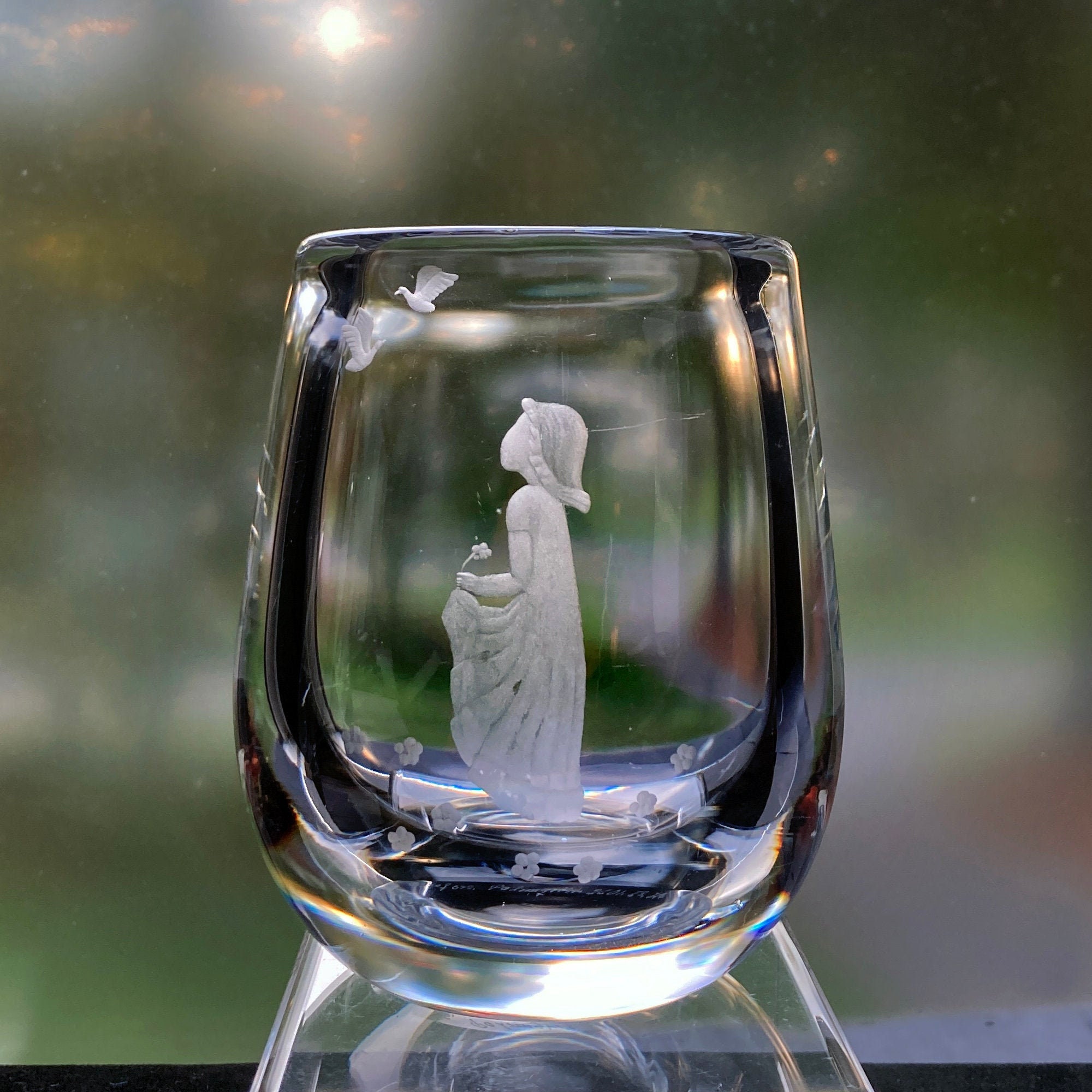 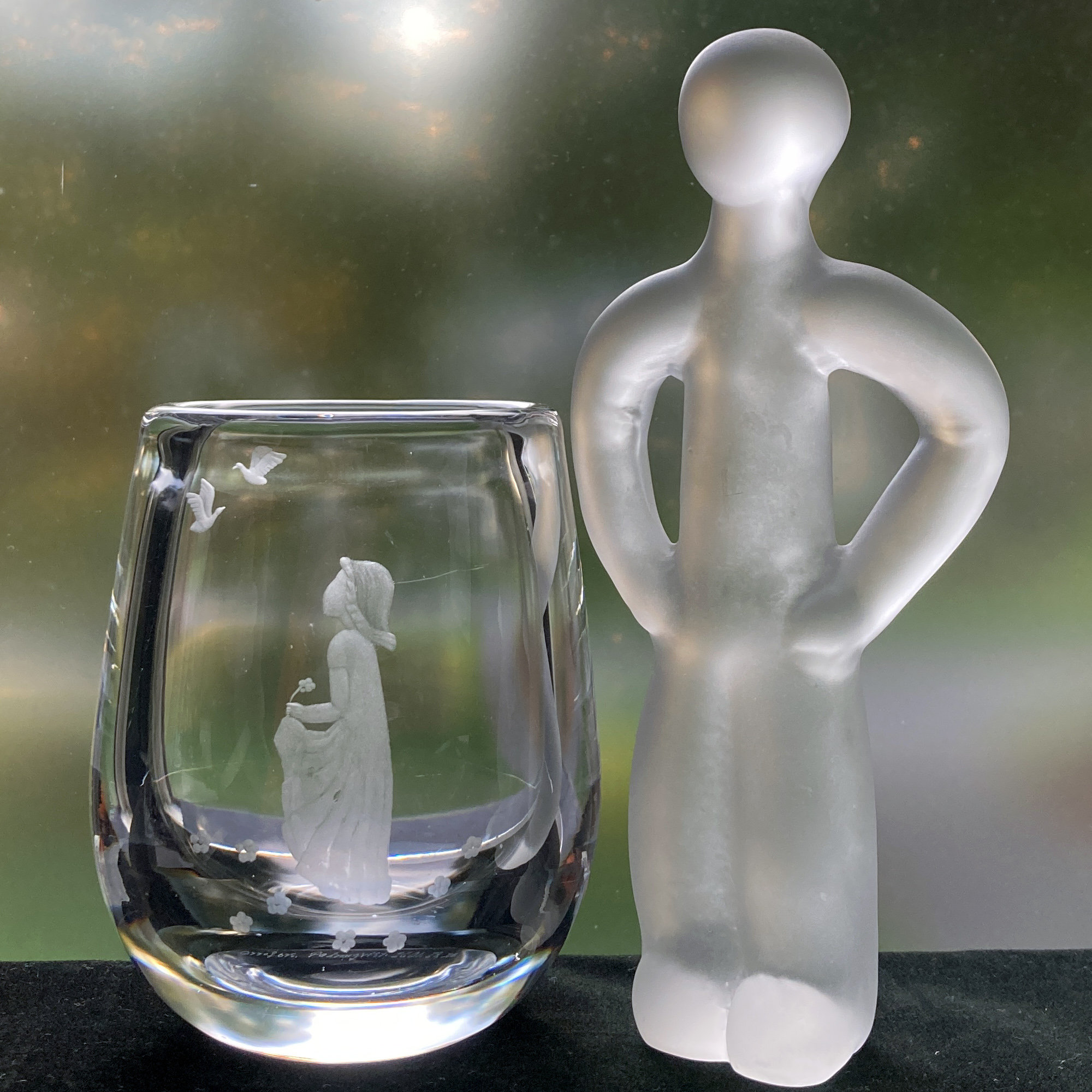 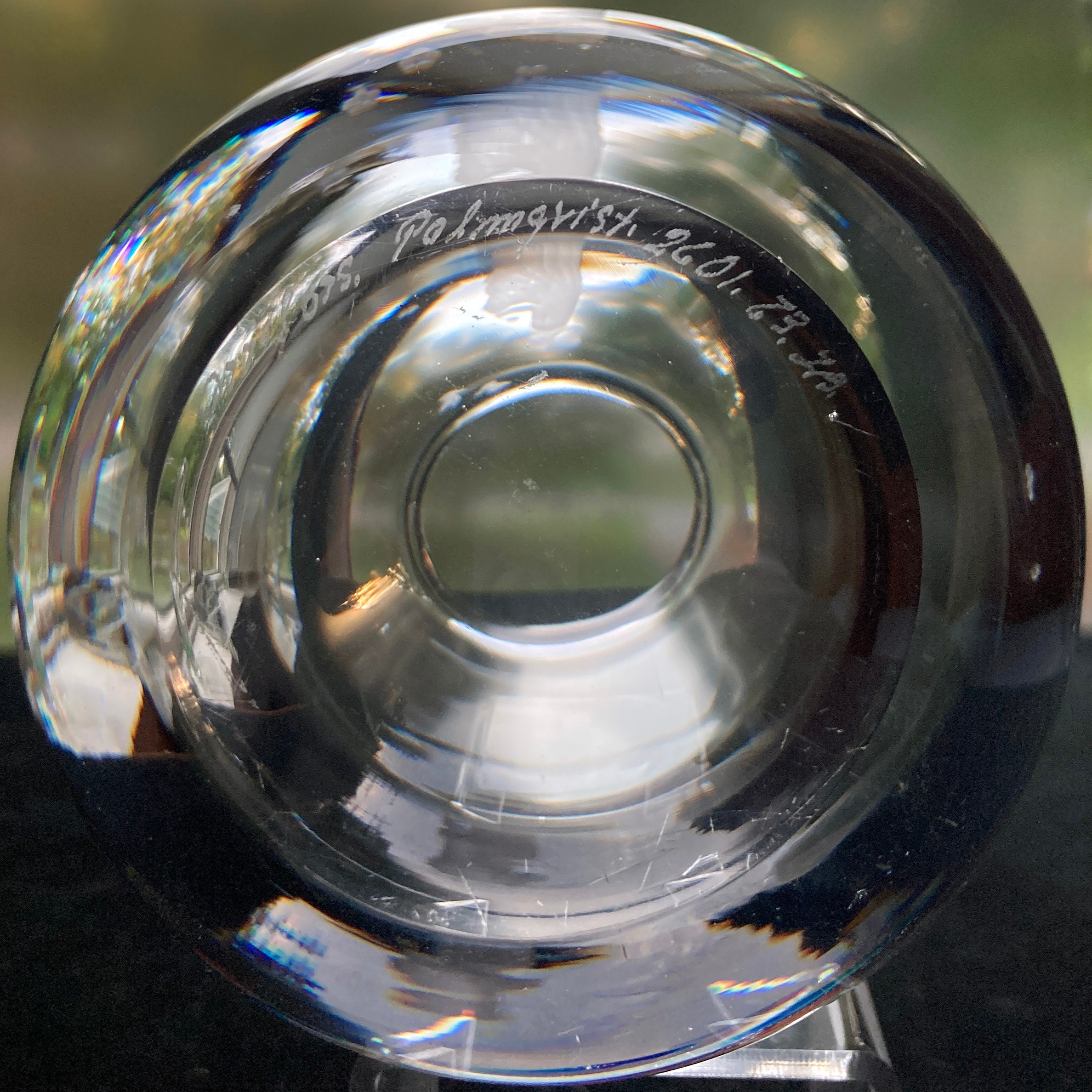 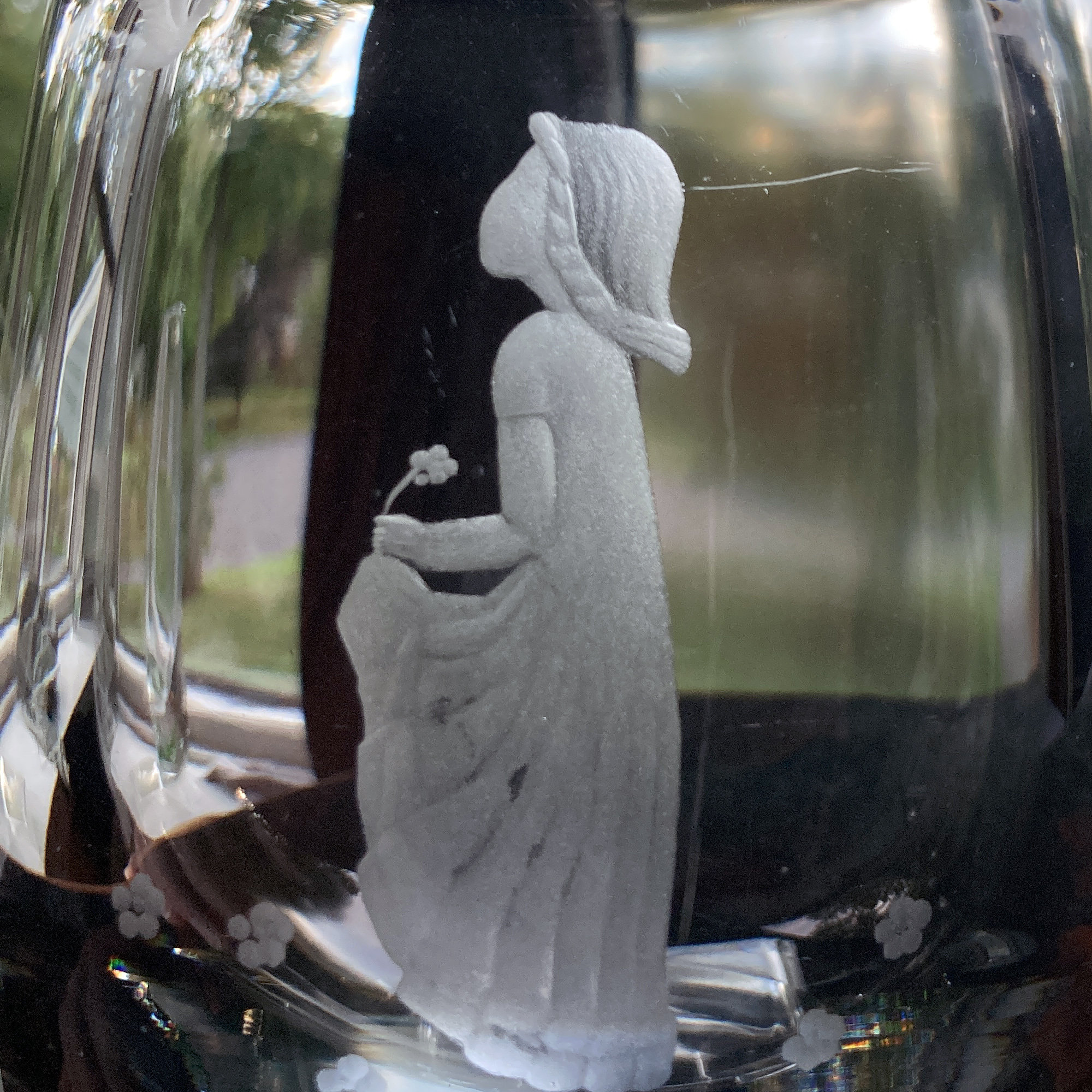 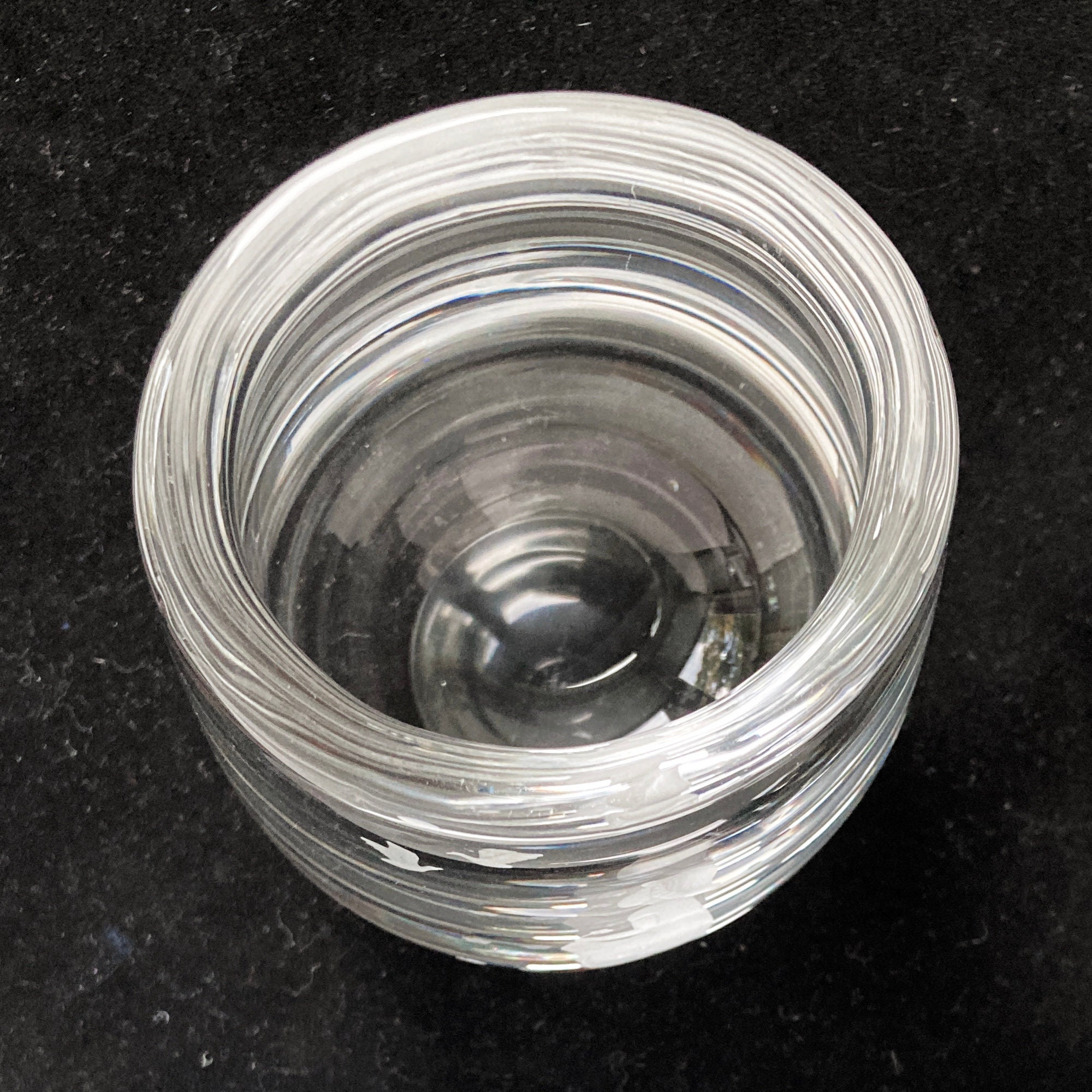 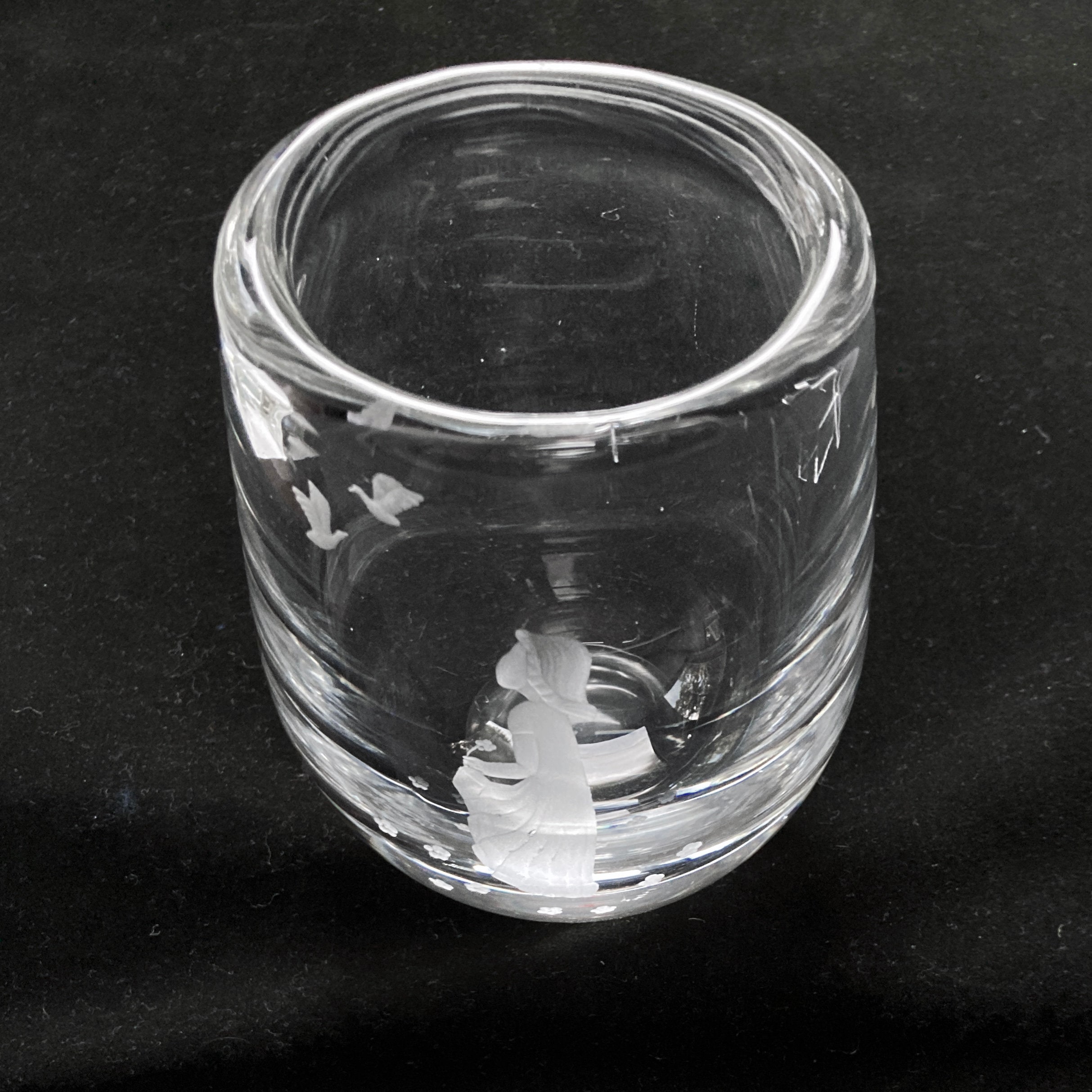 Designed by Sven Palmqvist in 1941, and Copper Wheel Engraved, this handblown glass vase is a perfect representation of Swedish culture in the mid 20th century.

Orrefors employed master artists and craftsmen, some of whom worked their whole careers of 40, 50, or more years with the company. Sven Palmqvist (1906-1984) was born in the glass district of southern Sweden and started his career with Orrefors in 1928, where he remained until 1972. In those years, he designed hundreds of engraved glass motifs. According to his daughter, to whom I am connected through an online glass group, he had a particular fondness for portraying people and animals. This little girl is typical, yet special; the polka-dot bodice on her dress is one I haven't see before.

Palmqvist is known not only for his graceful and functional designs, but he is also known for his innovative techniques in glass production. In the late 1930s he began to develop the Kraka technique, which places a layer of fishnet patterned glass between layers of non-colored glass. In the 1950s he invented a method of rotating liquid glass in a centrifuge, pressing the glass toward the outer walls, called Fuga. Perhaps his most technically complicated design is the Ravenna series, in which segments of colored glass are surrounded by sanded holes, creating a mosaic effect.

This charming vase is small 3.5" x 3" x 5", but heavy, weighing 2.4 pounds. The date code C3 means that, though this motif was designed in 1941, this particular piece was made in 1955. There is a noticeable scratch on the front face; the price reflects the condition.