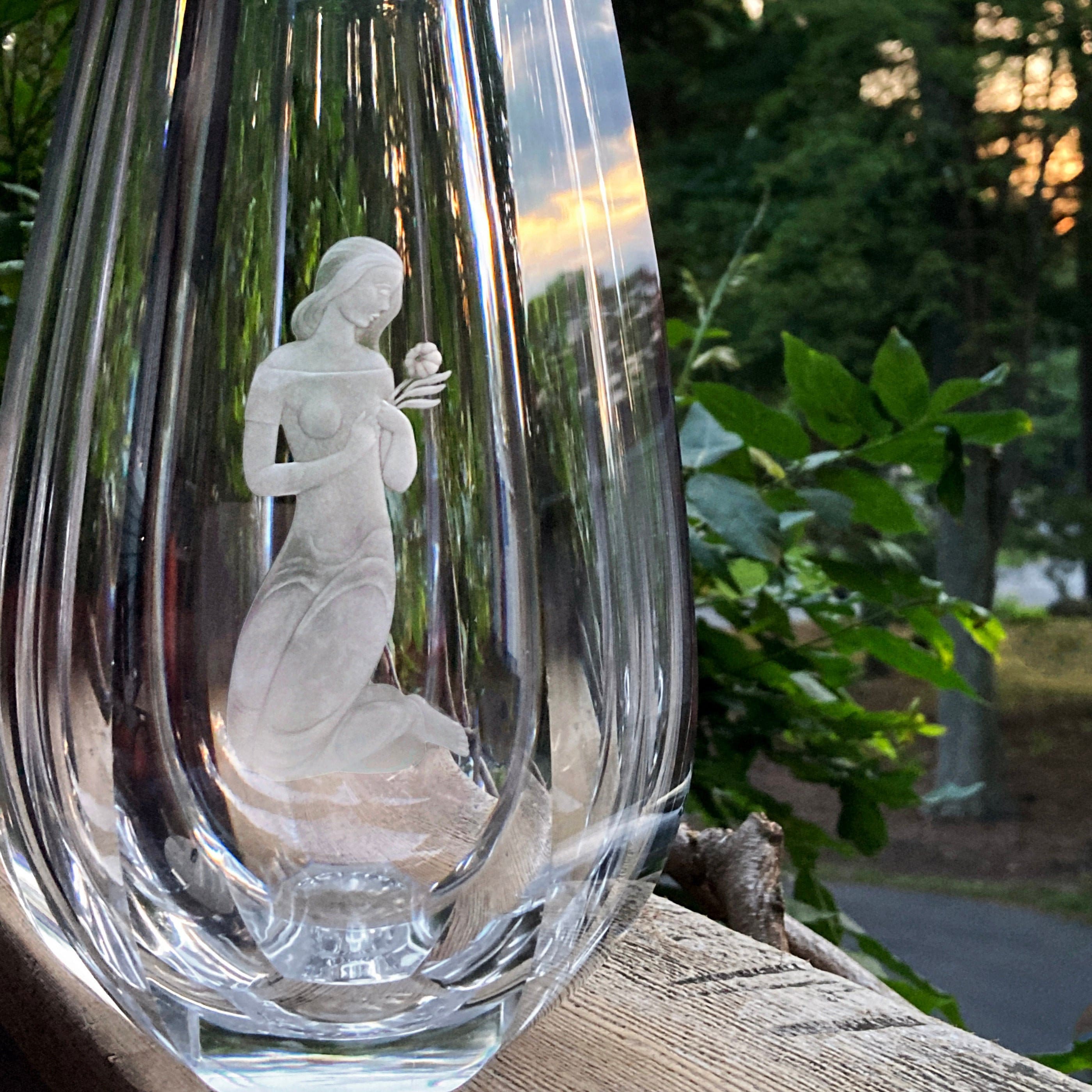 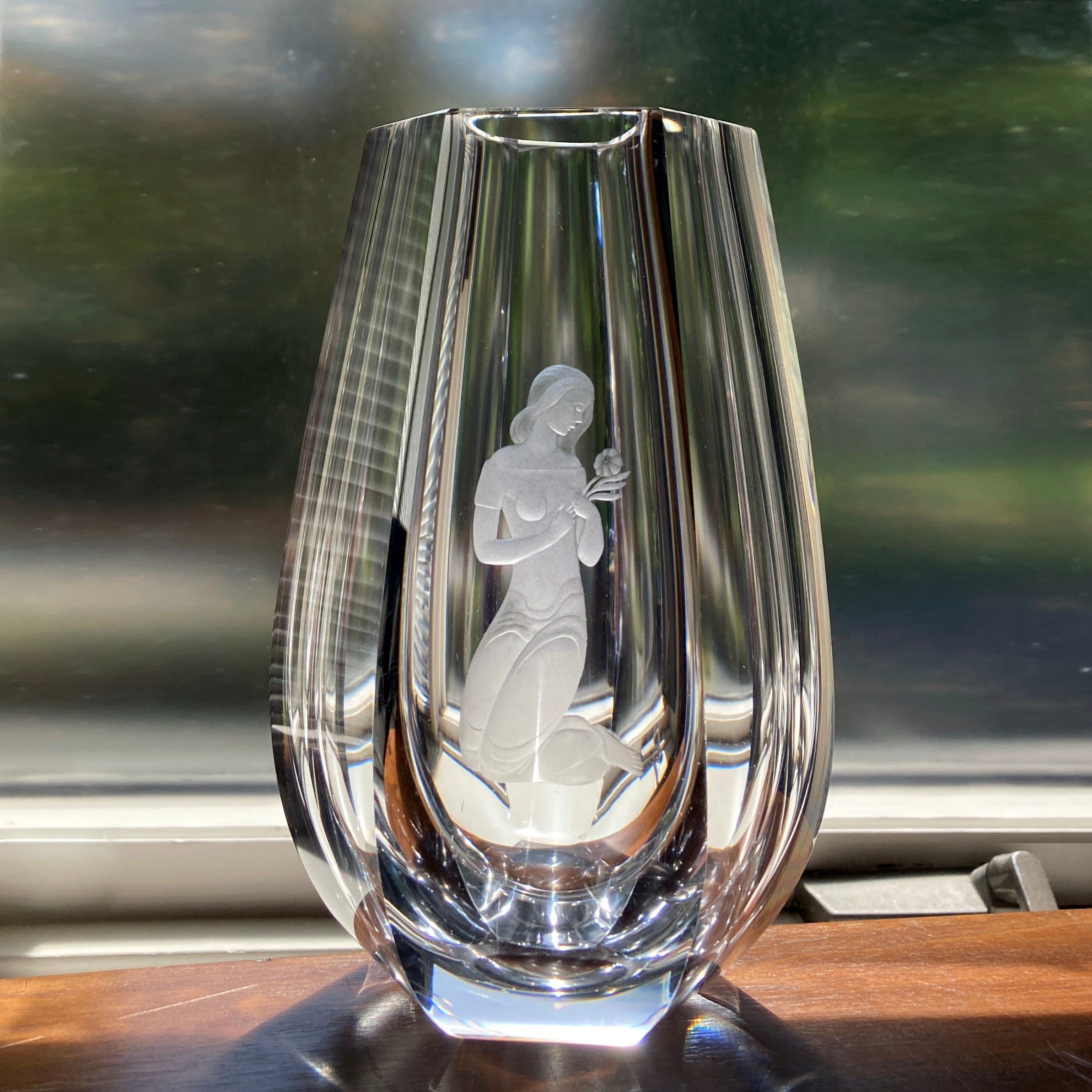 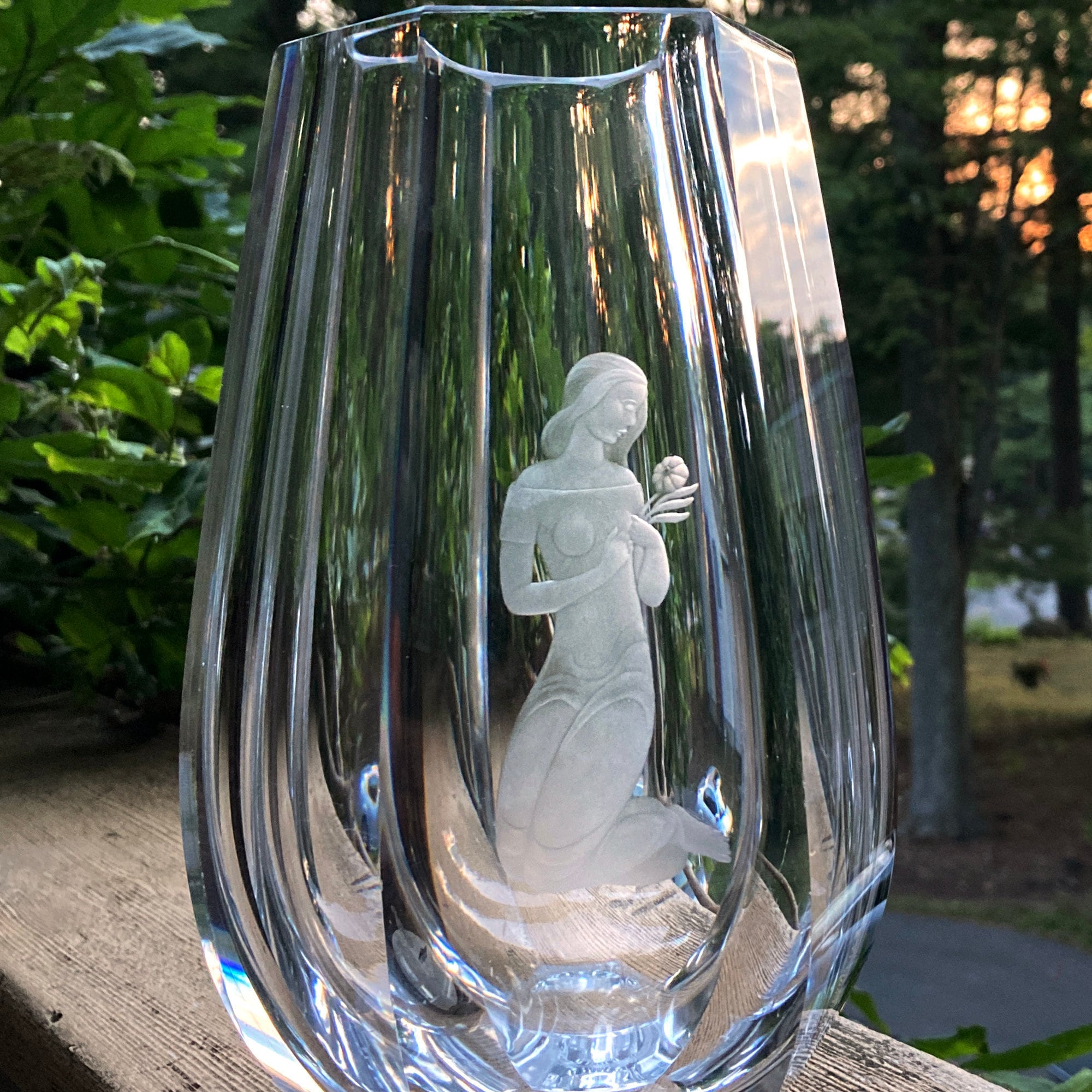 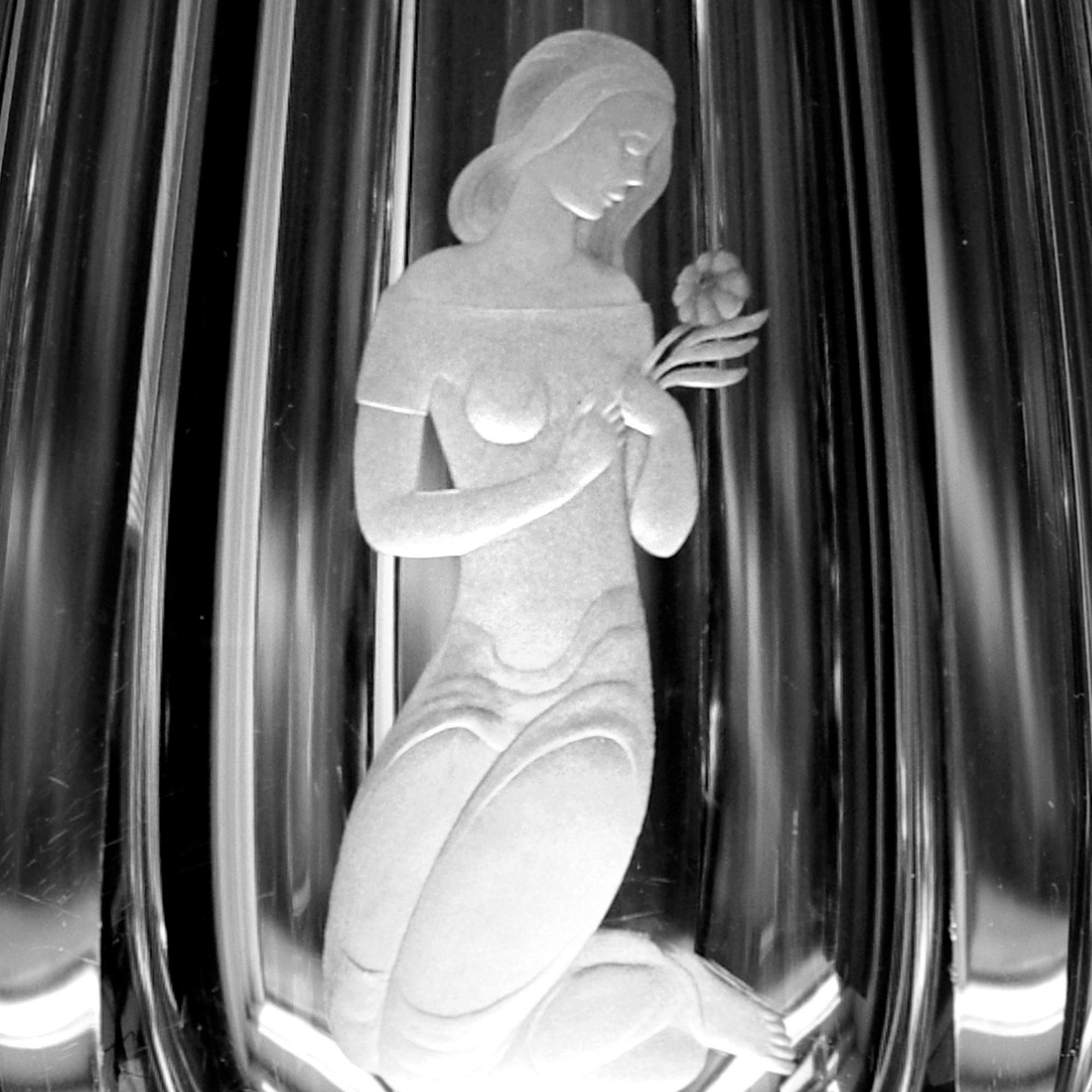 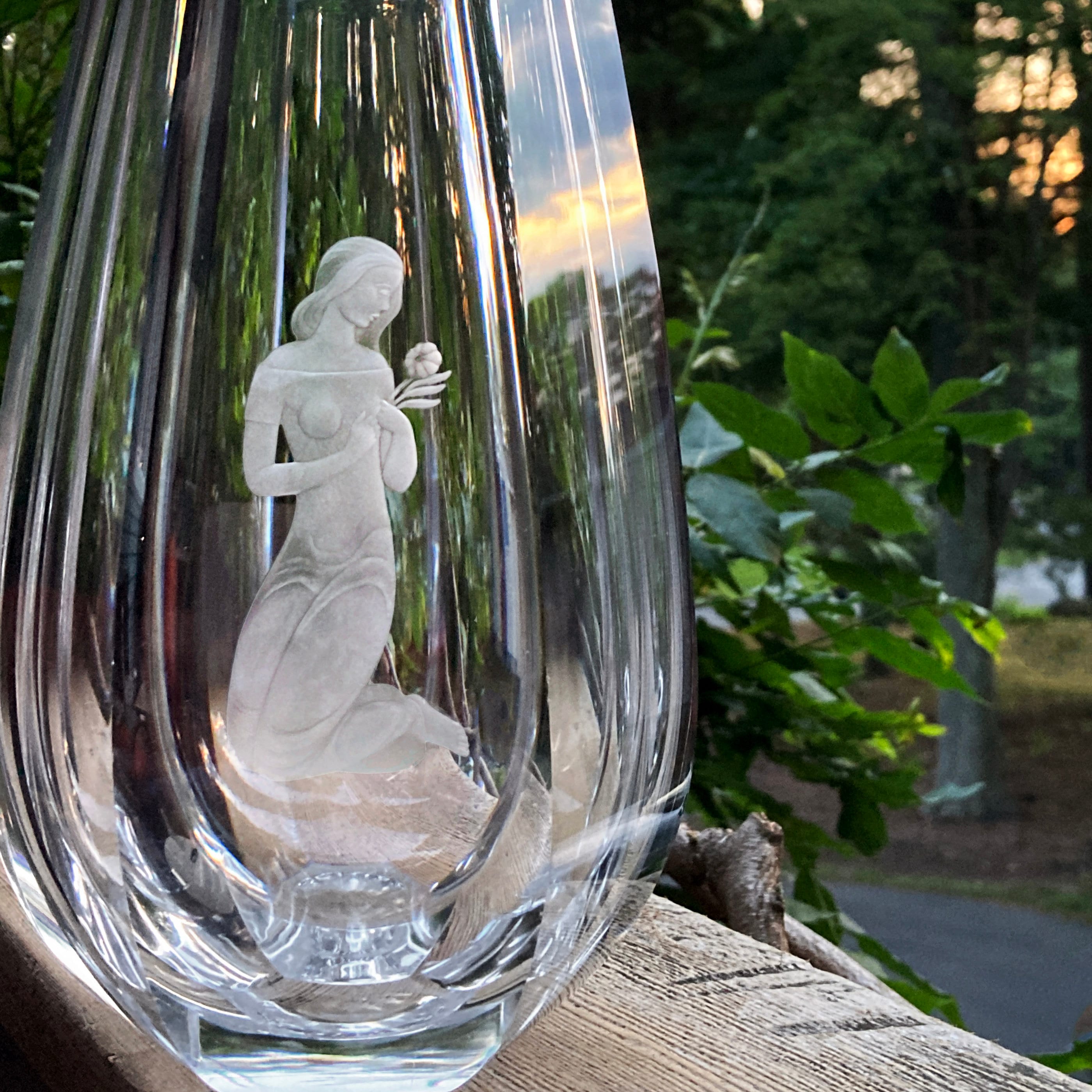 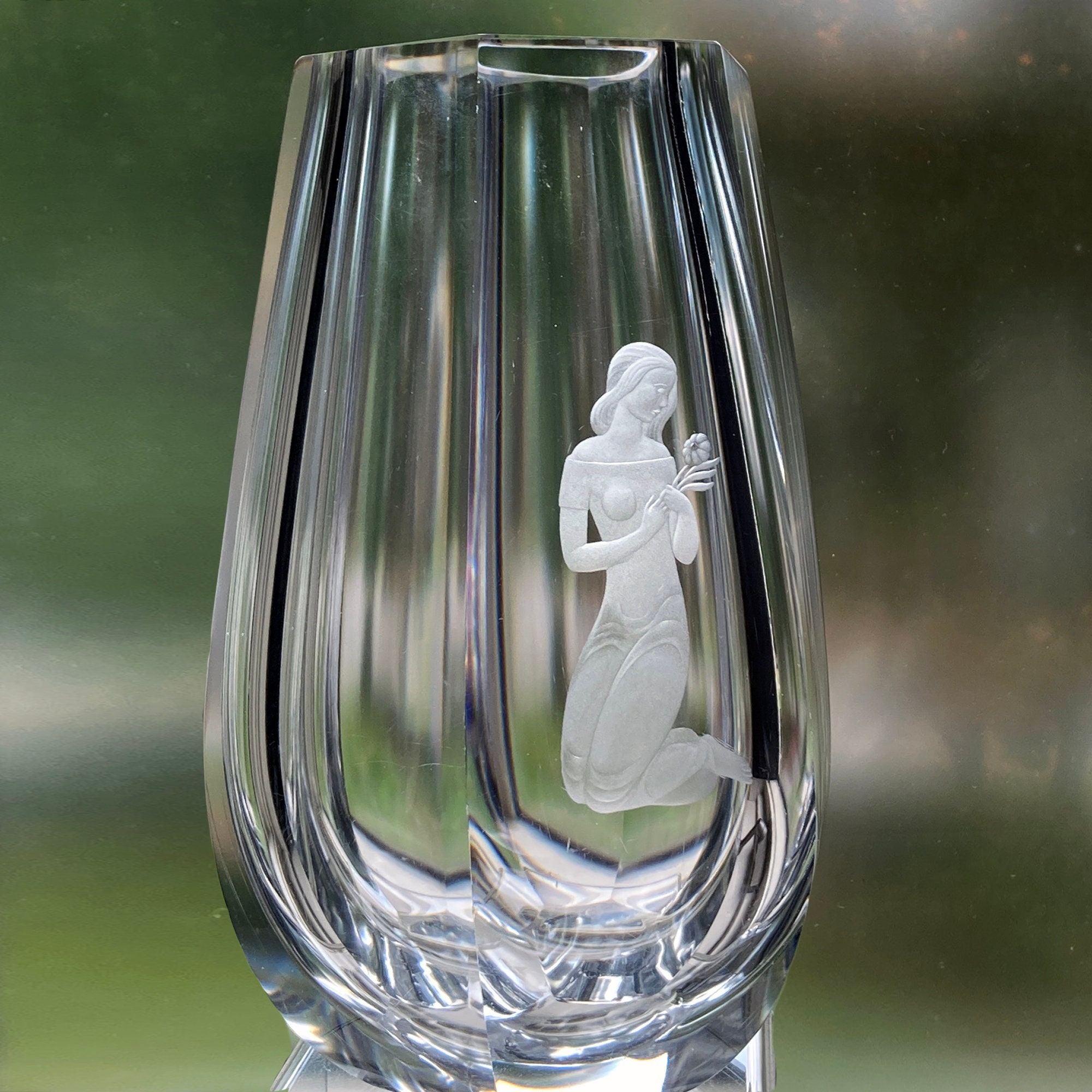 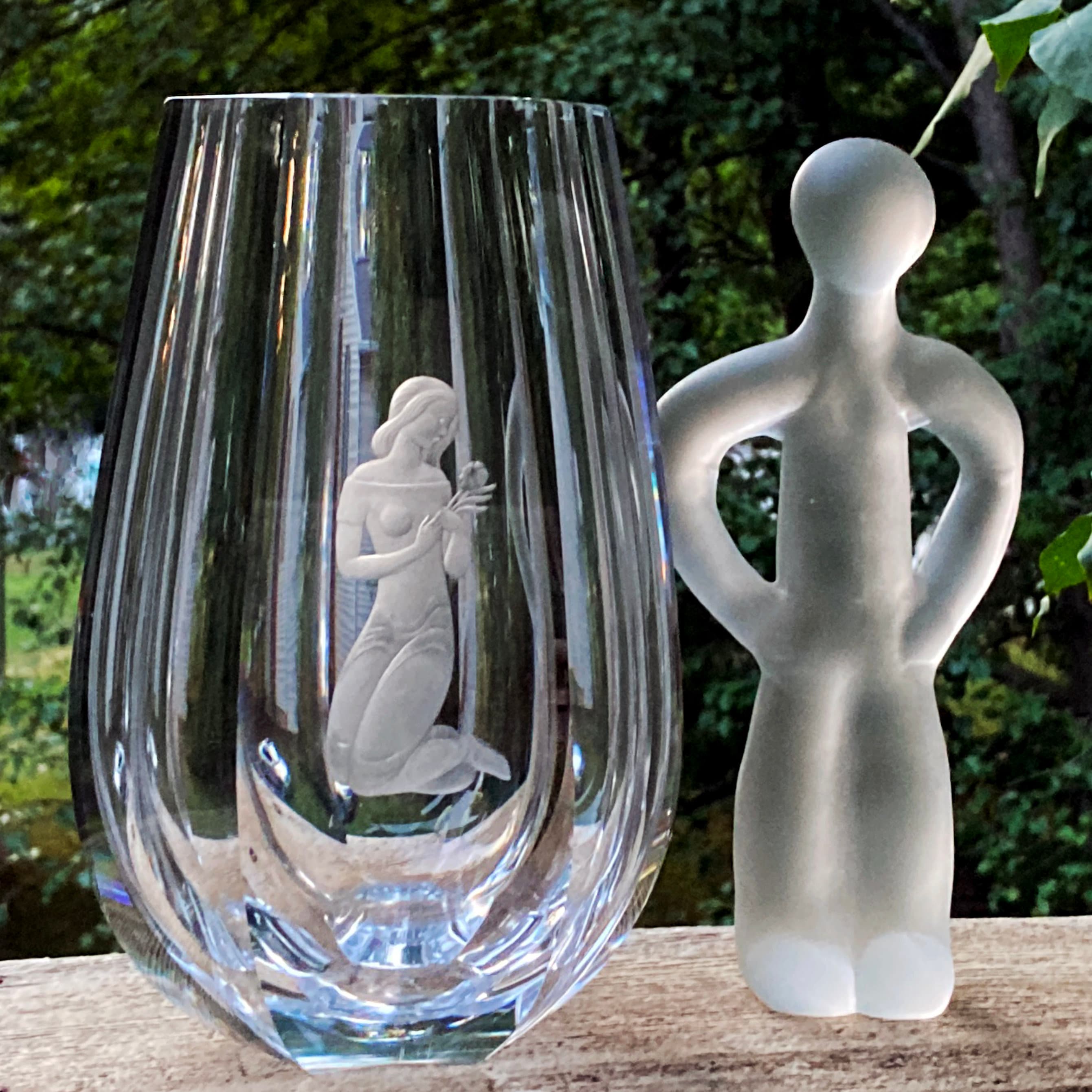 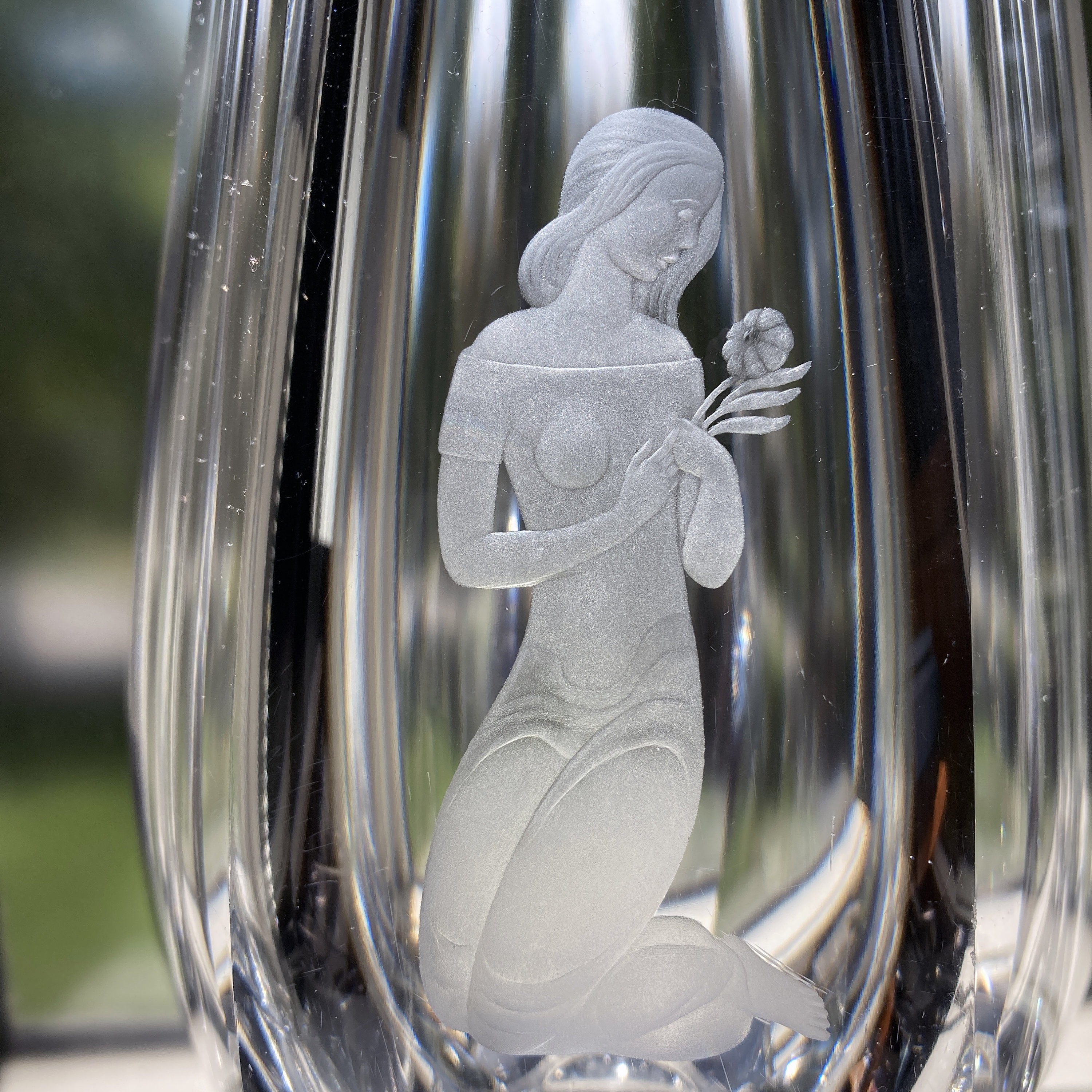 The extraordinary Swedish glass artist, Sven Palmqvist, designed this portrait of a lovely young women, holding a single floral bloom for Orrefors Glassworks. Her crystal vase was handblown, its sides were planed to produce the hexagonal form, and it was engraved using the traditional copper-wheel technique. This is a large vase, 8" tall, 5" across at its widest point, and 3" across the rim. The lead crystal makes the vase rather heavy; it weighs almost four pounds. There are fine scratches inside, some tiny bites on the edges of the planed faces, and significant shelf wear on the base. This is all to be expected for an 80-year-old piece of glass, and it bears testament to its being well-loved. The design code 2284 tells me it was designed in 1939 or 1940, and the date code B7 means that this particular piece was made in 1941. The initials BG refer to the engraver, Bertil Gustavsson, who worked at Orrefors from 1926-1975.

Orrefors employed master artists and craftsmen, like Palmqvist and Gustavsson, many of whom worked their whole careers of 40, 50, or more years with the company. Sven Palmqvist (1906-1984) was born in the glass district of southern Sweden and started his career with Orrefors in 1928, where he remained until 1972. In those years, he designed hundreds of engraved glass motifs. According to his daughter, to whom I am connected through an online glass group, he had a particular fondness for portraying people and animals. Palmqvist is known not only for his graceful and functional designs, but he is also known for his innovative techniques in glass production.