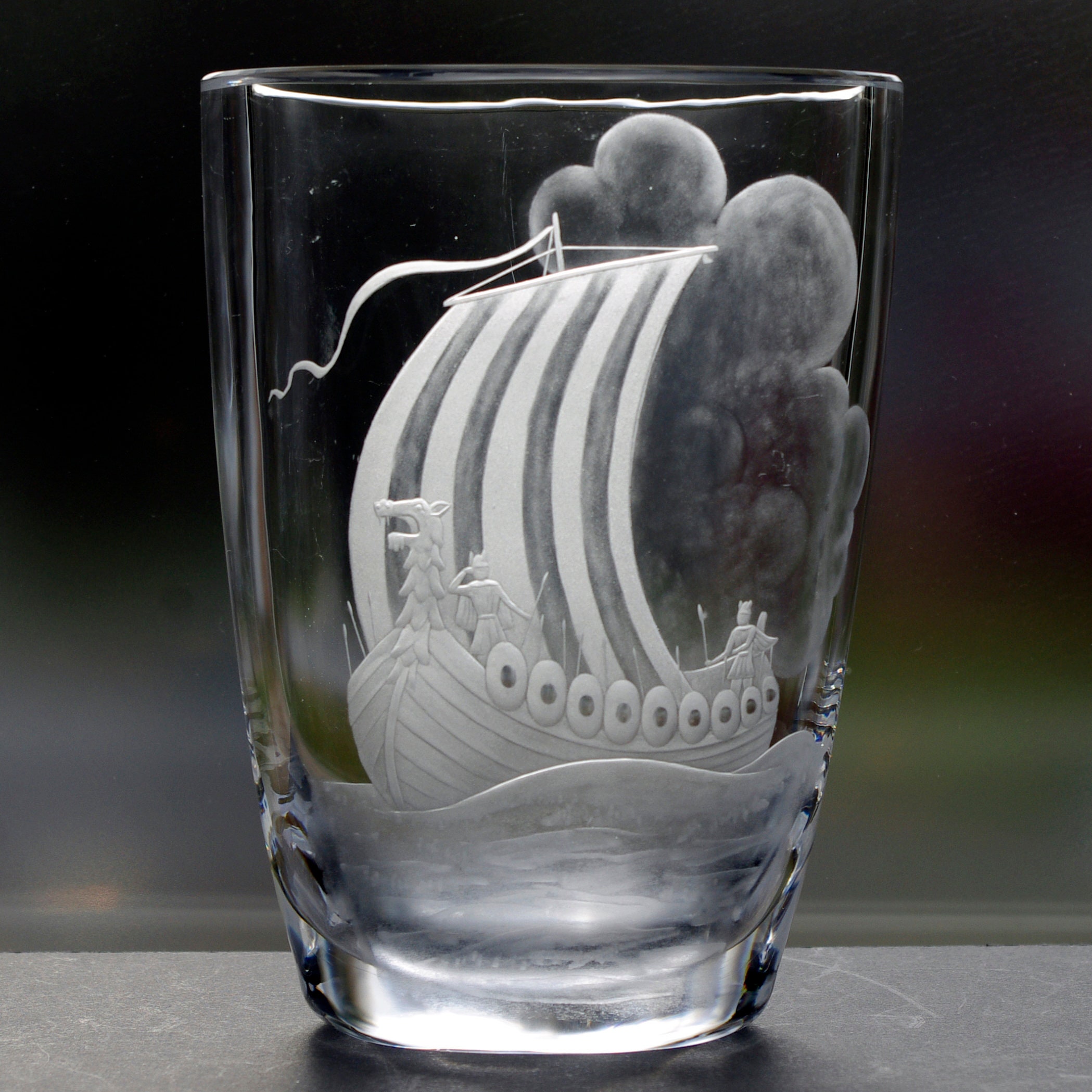 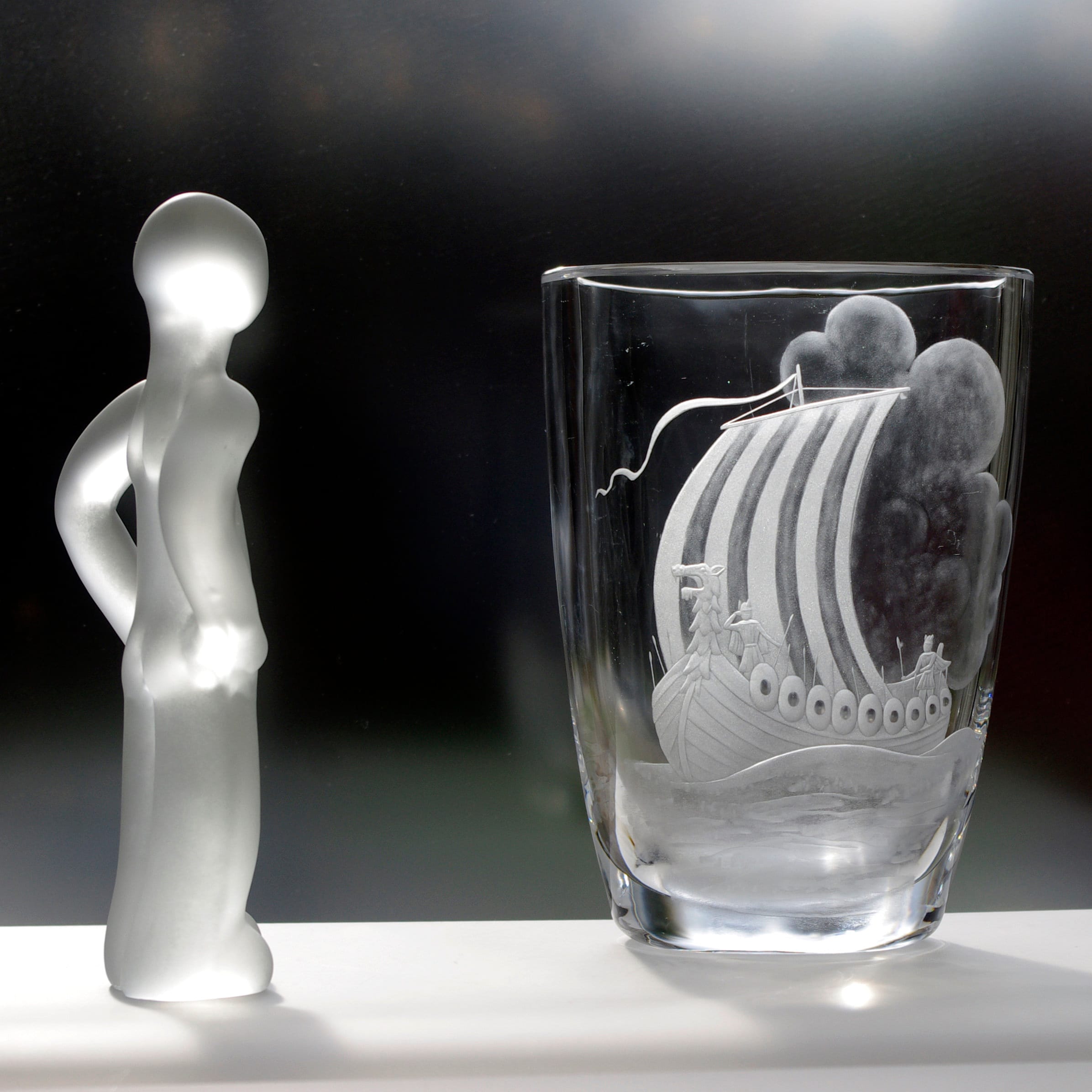 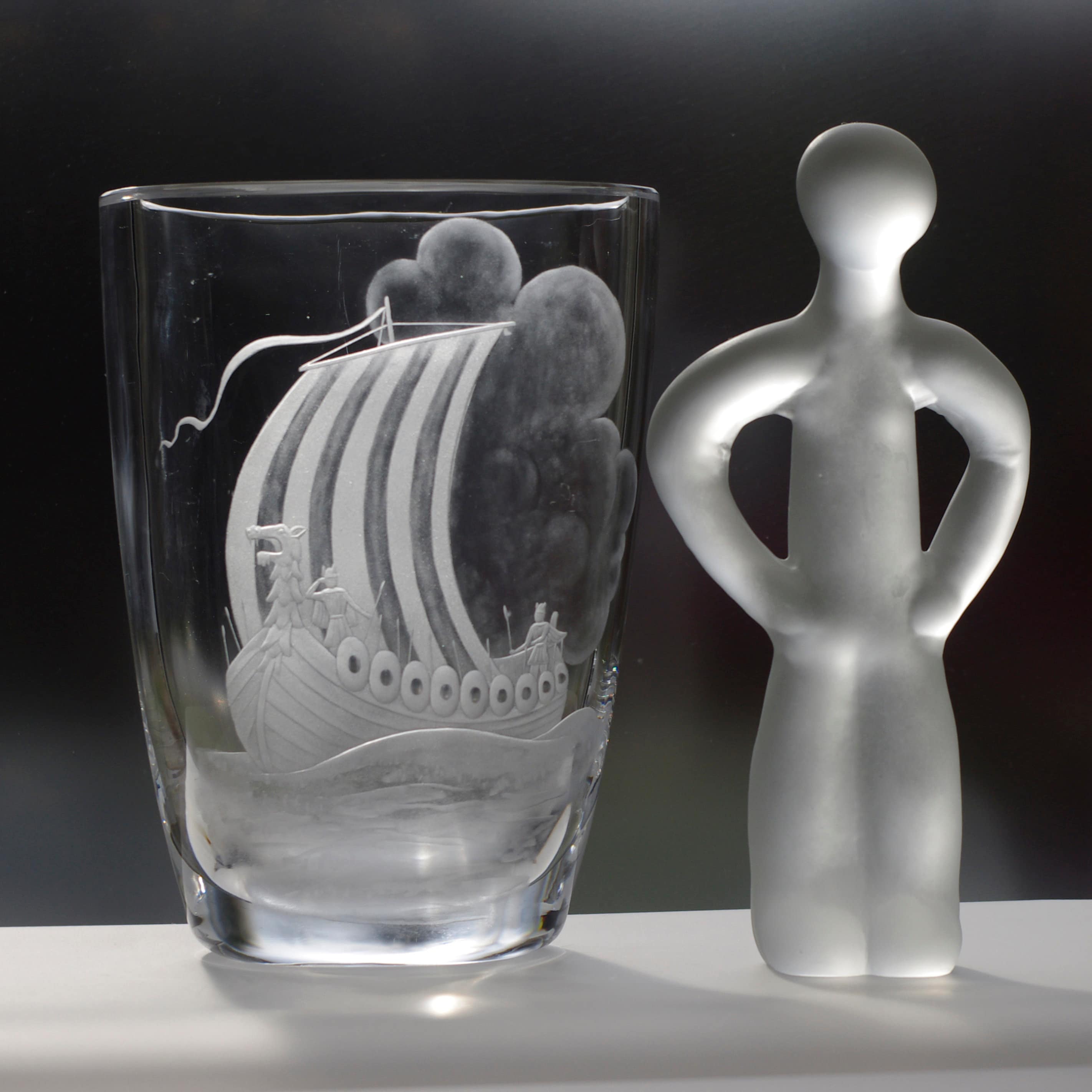 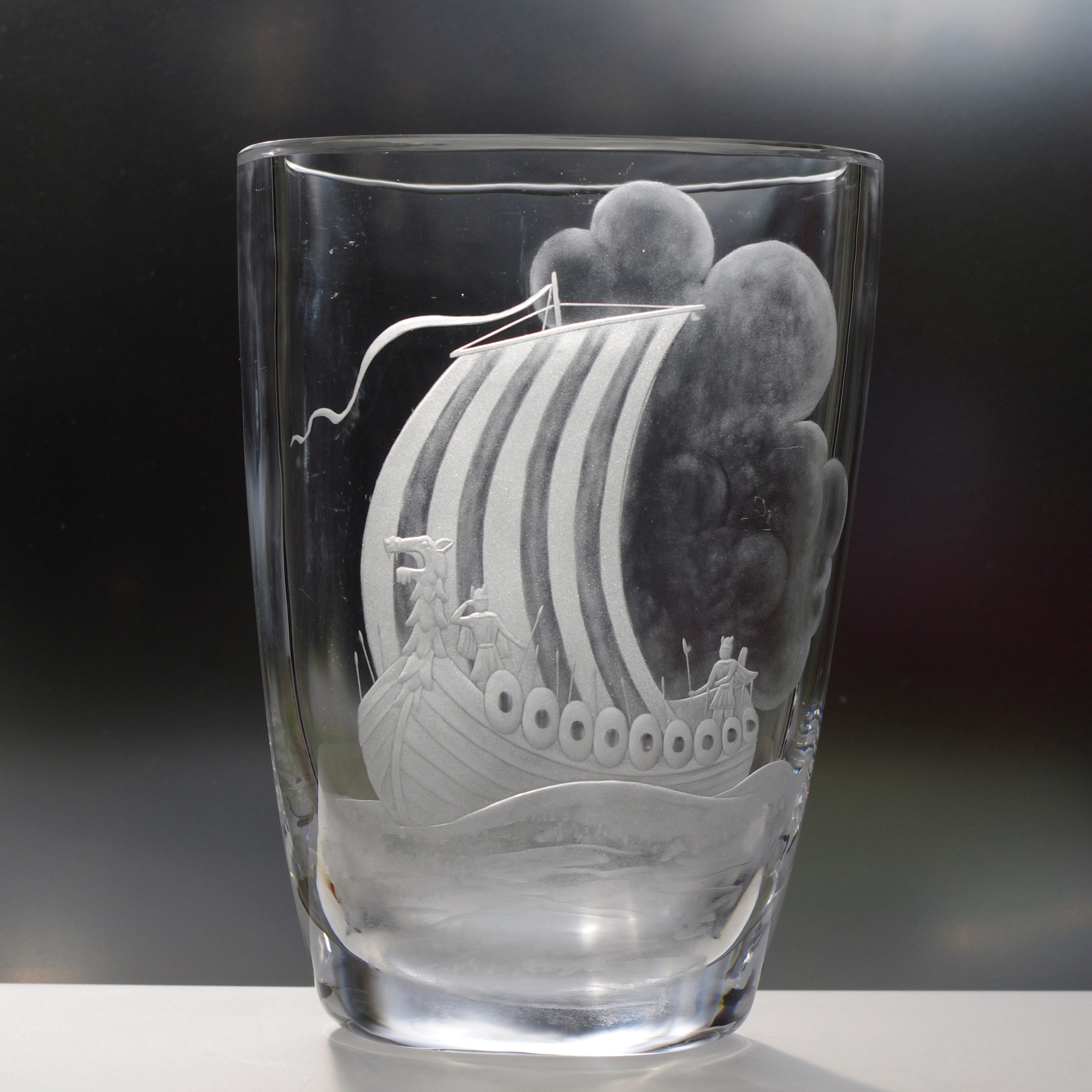 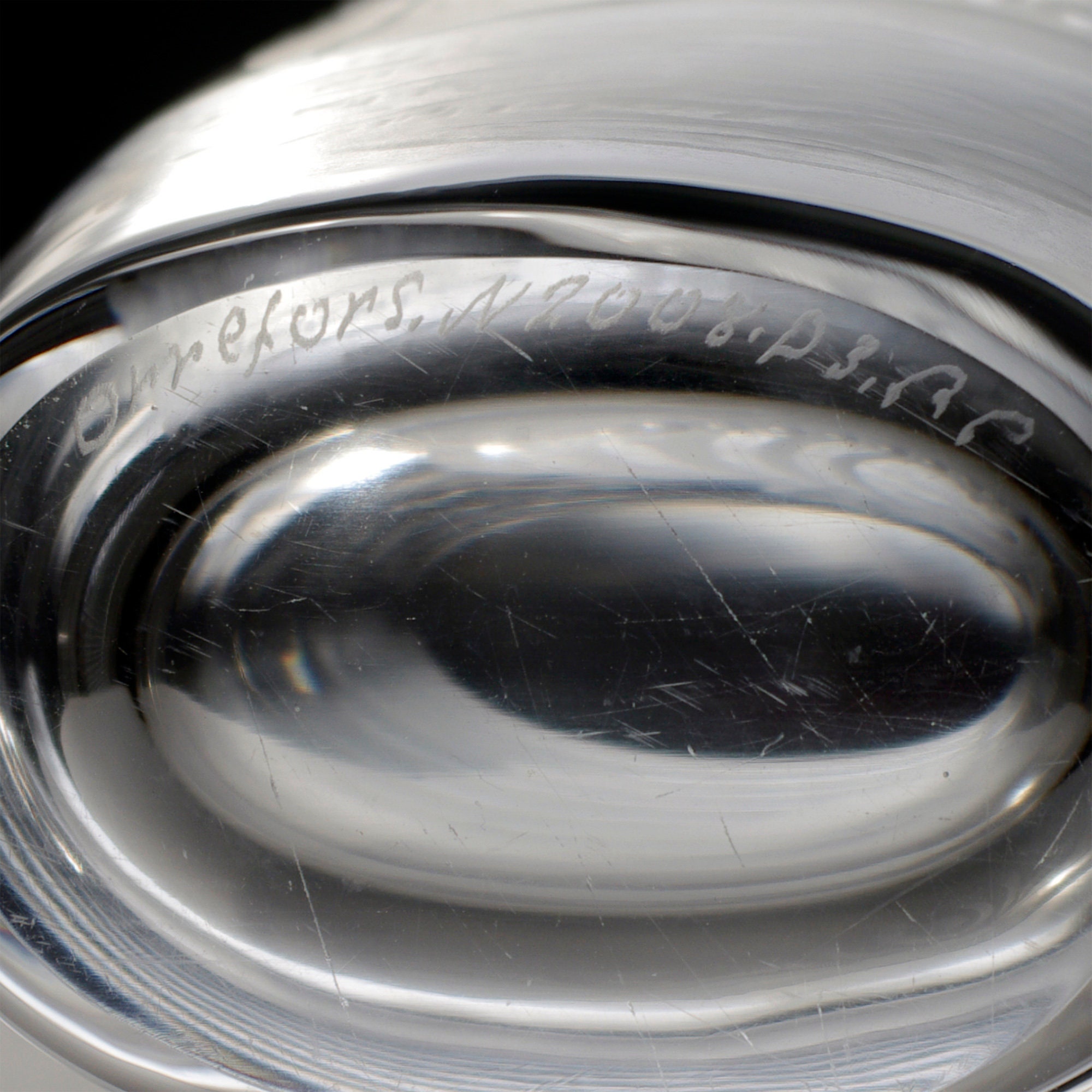 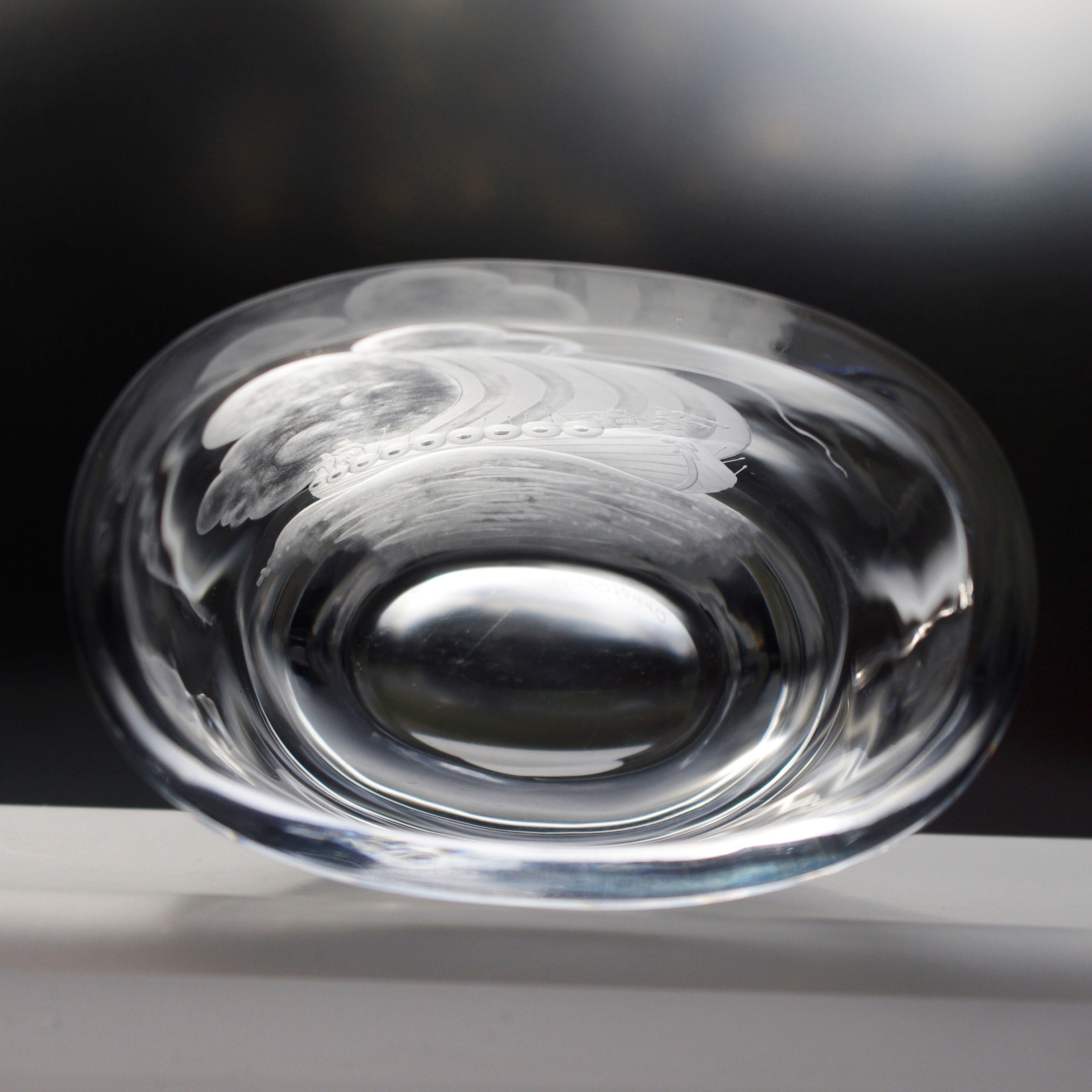 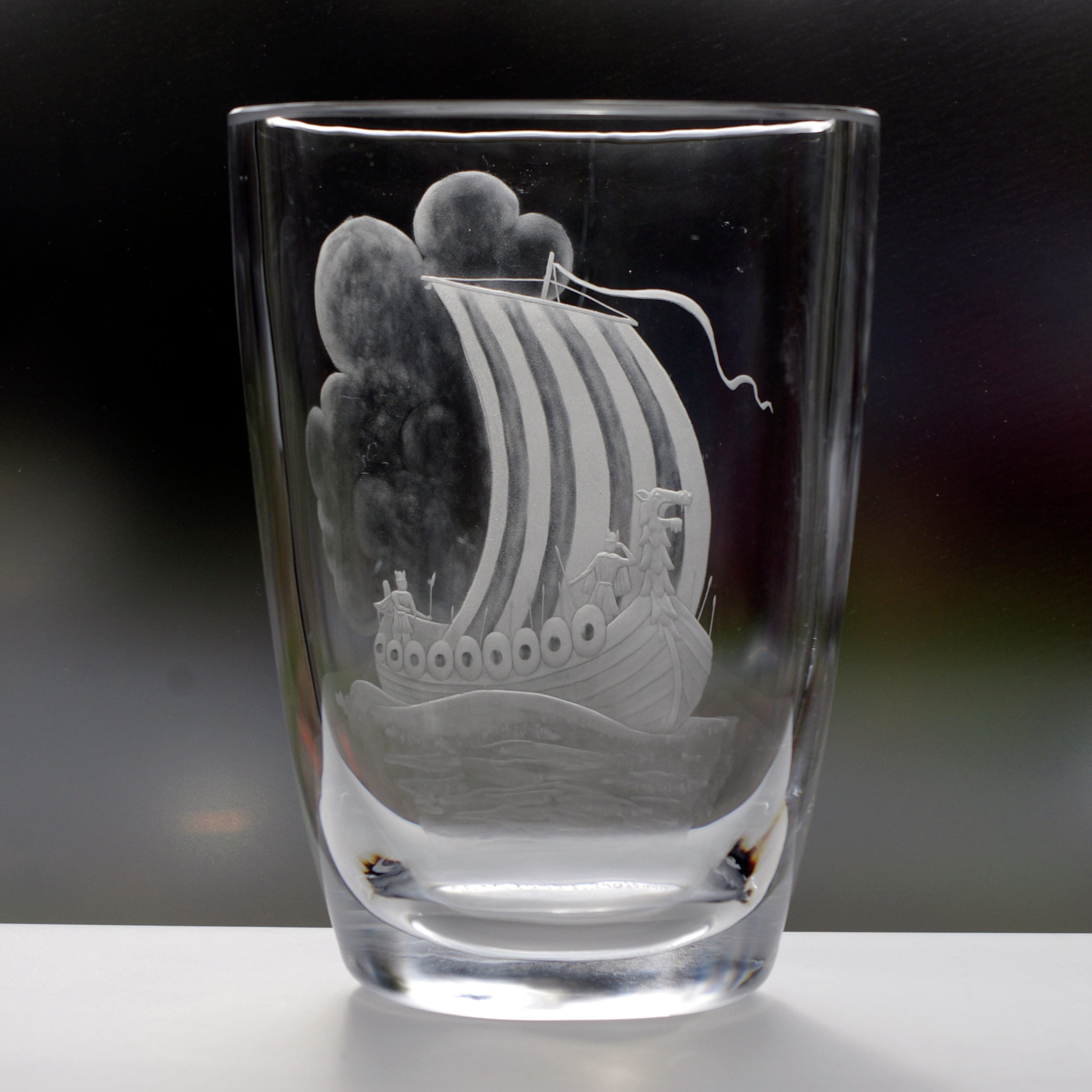 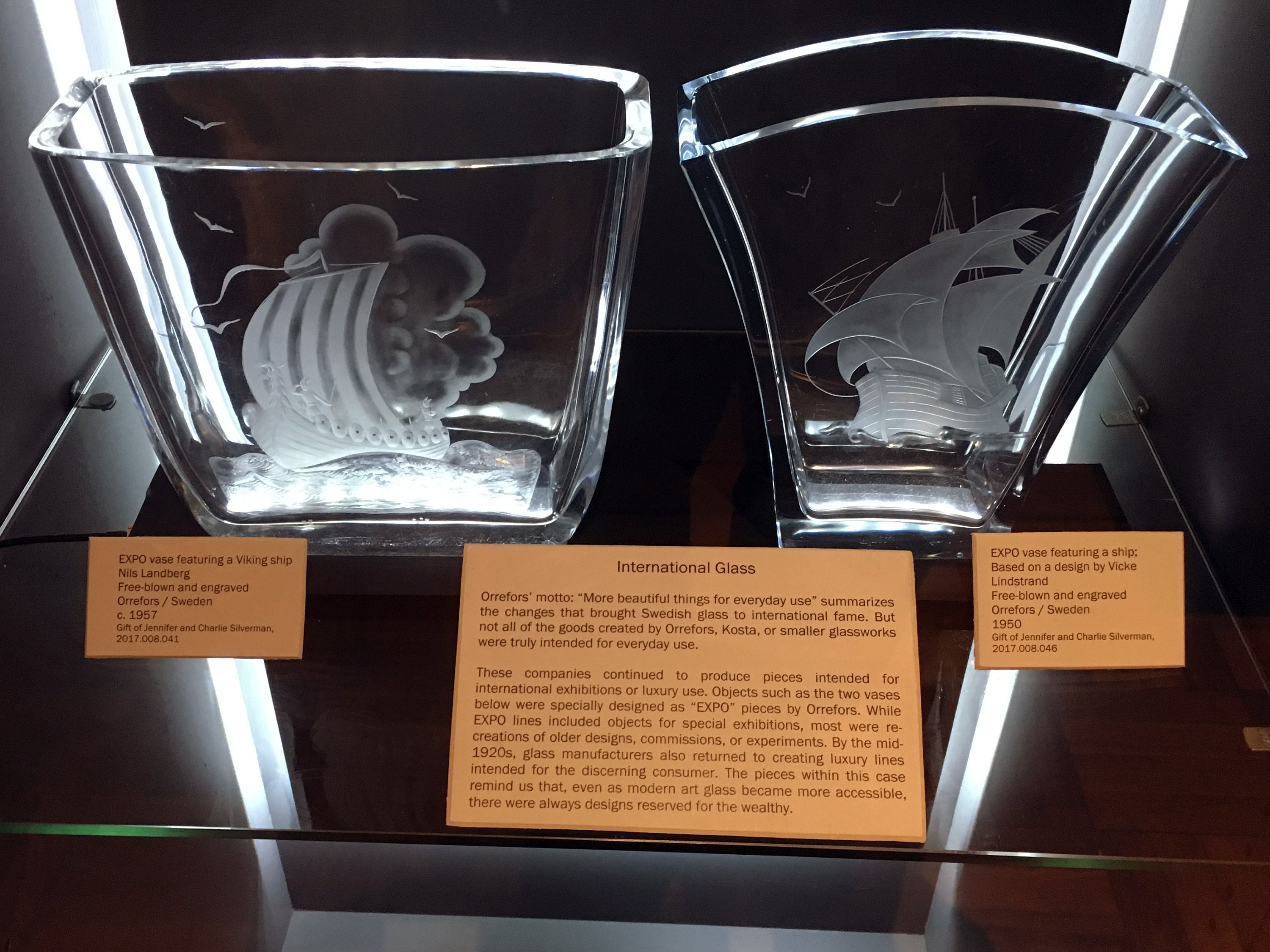 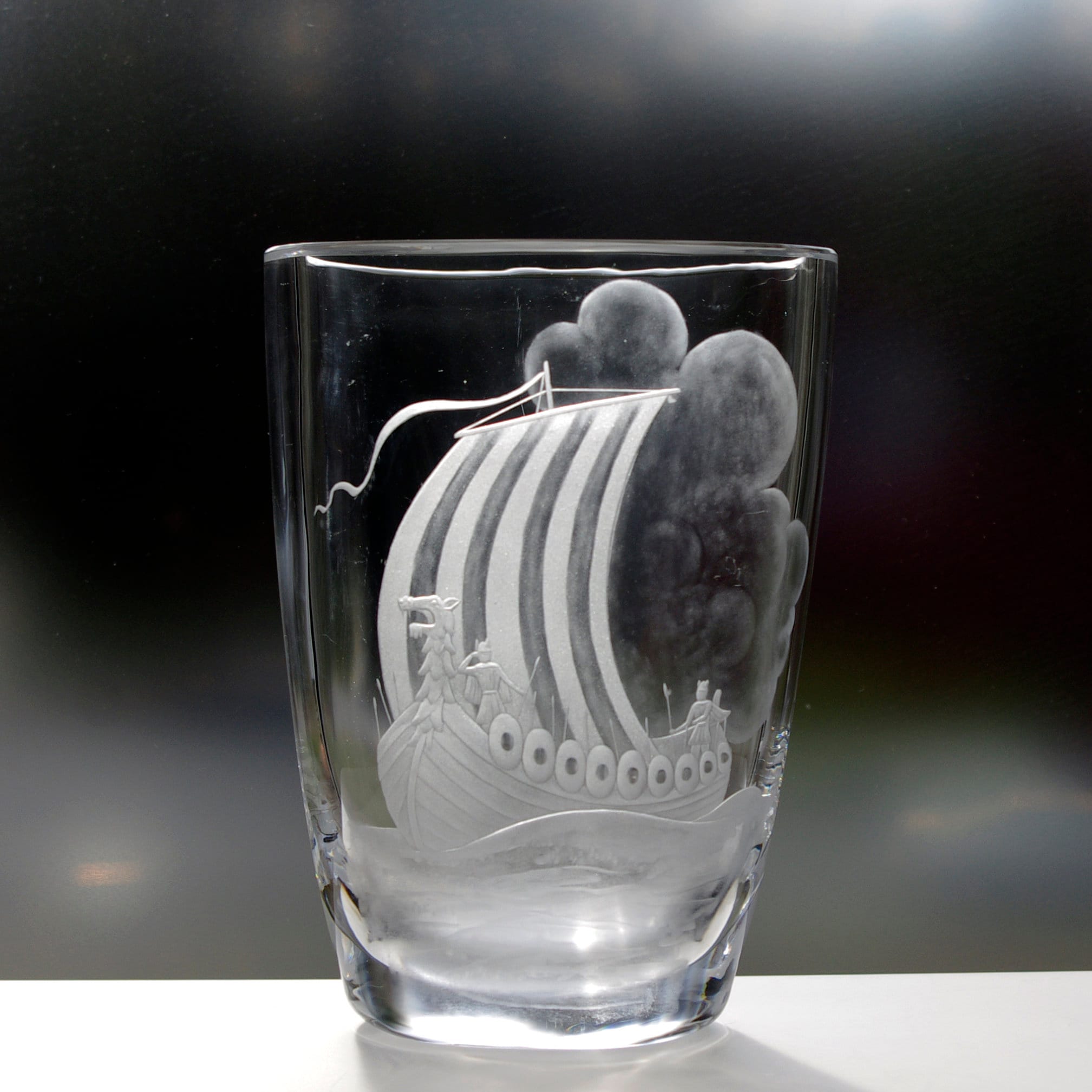 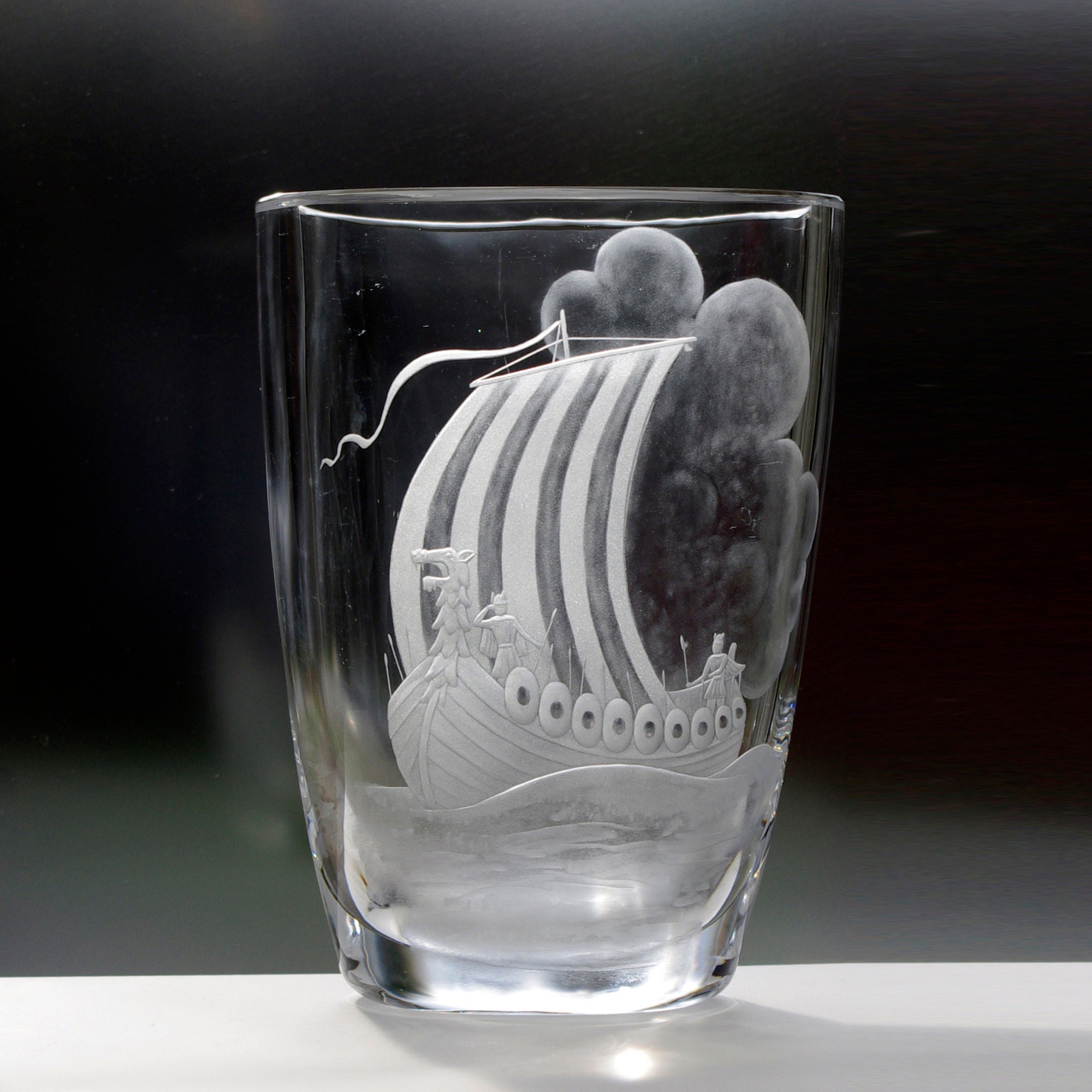 Designed by Nils Landberg, this vase captures the Viking sense of discovery and is a bold example of Swedish art glass. The same design was on a vase we donated to the American Swedish Historical Museum in 2018. That version was larger, and was marked "Expo," with a later date, meaning that it was likely made for an exhibition and modeled after this one. (See the photo.)

This special vase is a perfect size for display on a shelf or desk, 5.25" x 3.5" x 7", and it weighs 3 pounds. The style code 2008 tells me it was designed between 1937 and 1939, and it appears in Orrefors Catalog 14. The production date code D3 means that this particular vase was made in 1964, and the engraver is likely Börje Eriksson, who worked at Orrefors from 1947 to 1996. It takes many hands to make a piece like this, and the techniques are only used in small studios today. The vase is blown, polished, and engraved all by hand - remarkable.