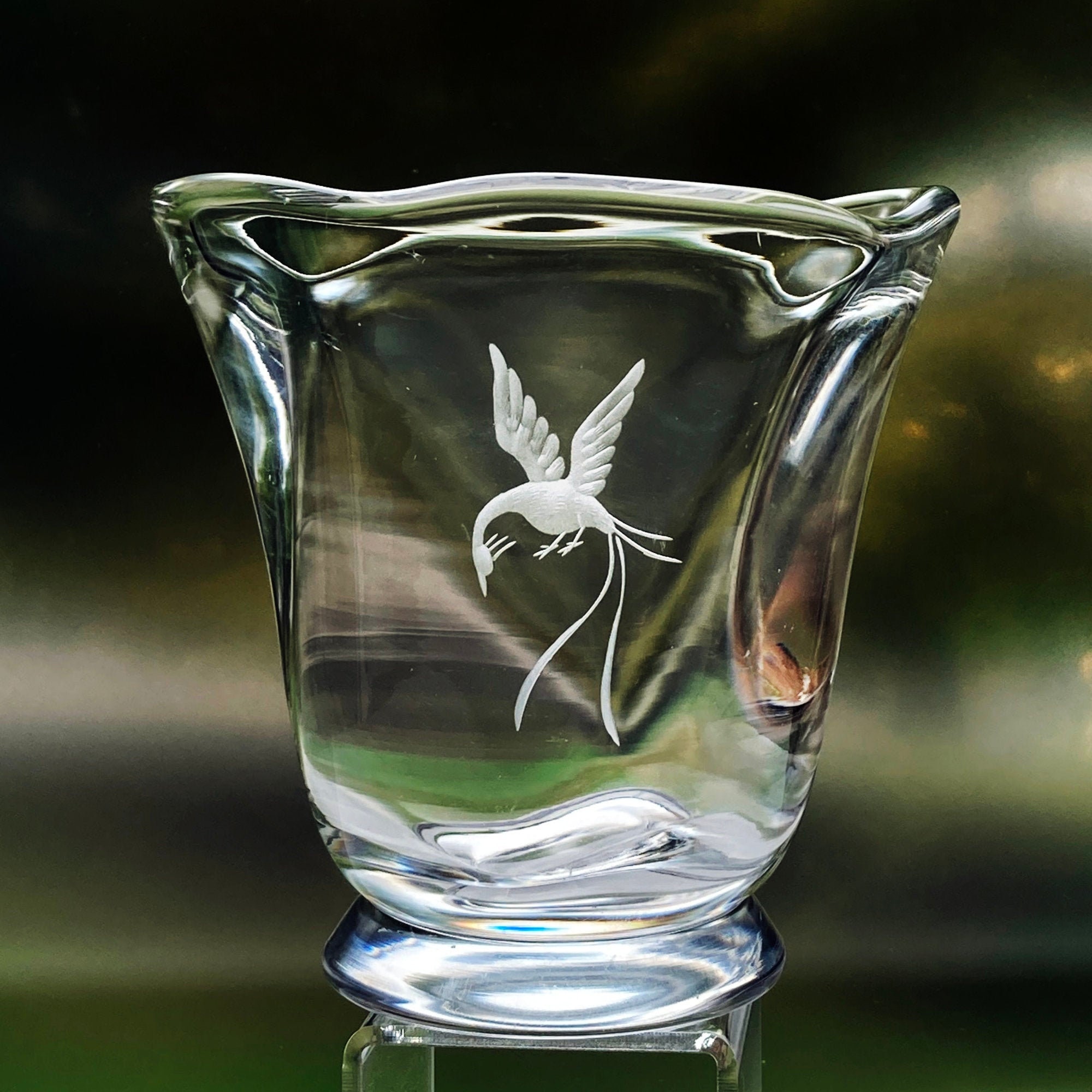 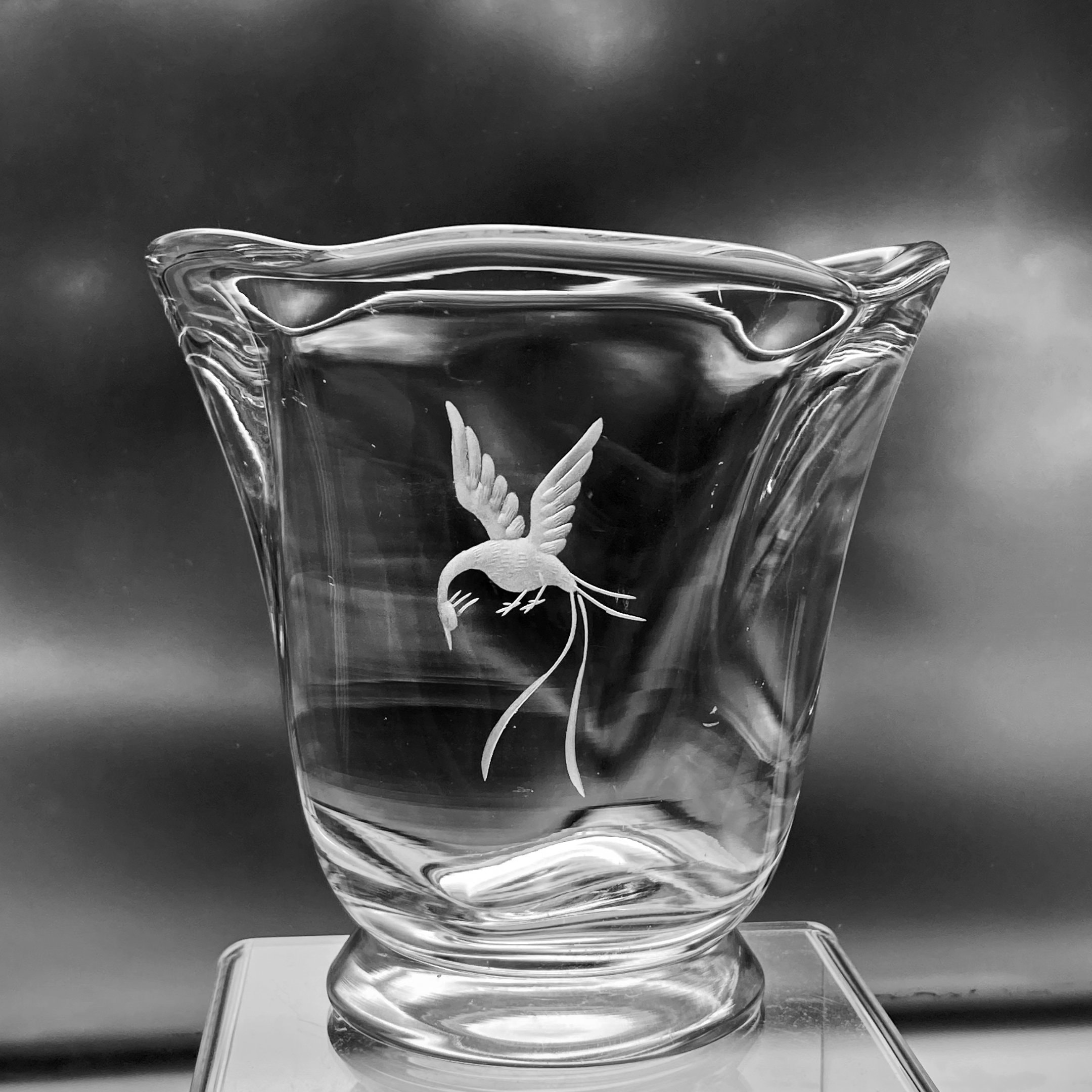 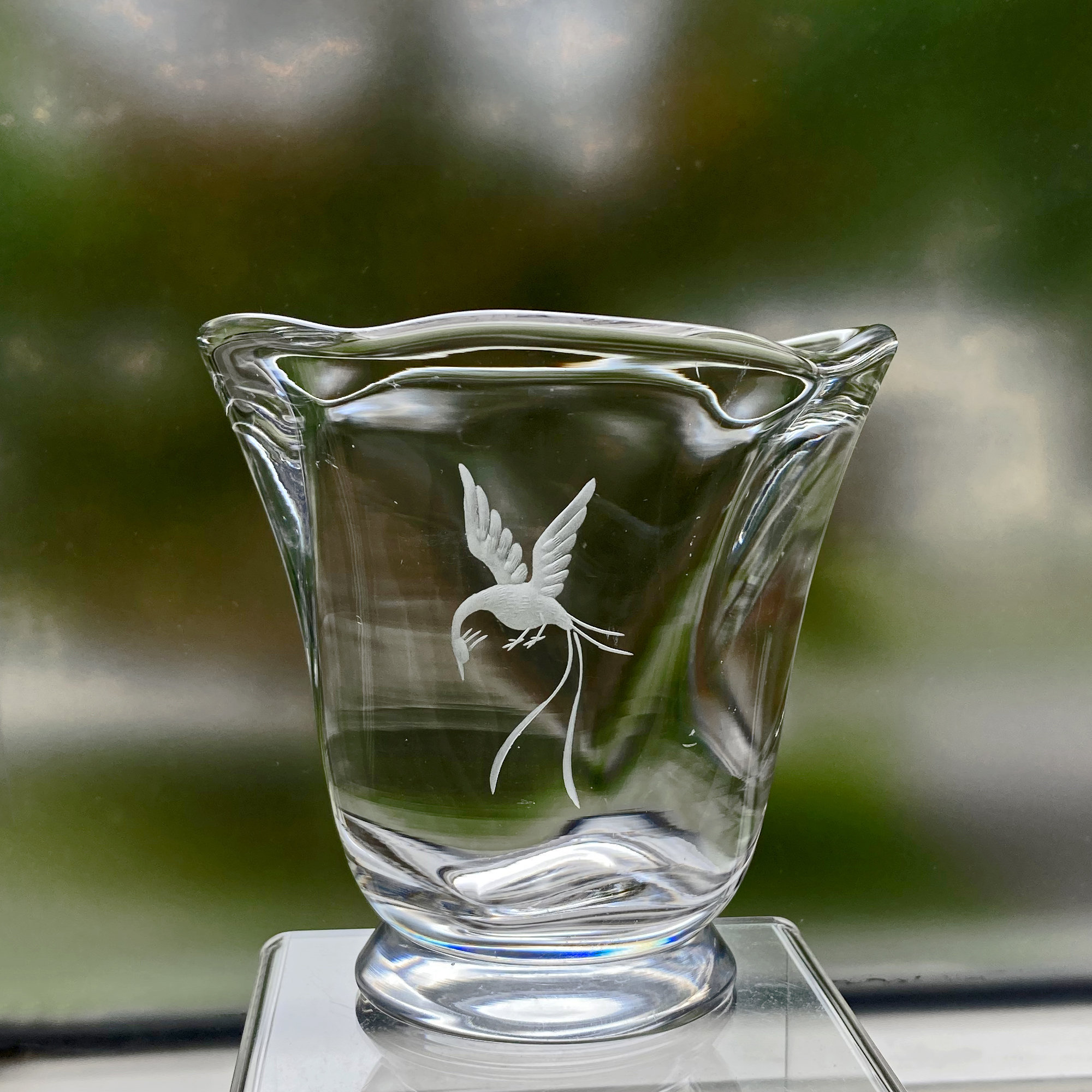 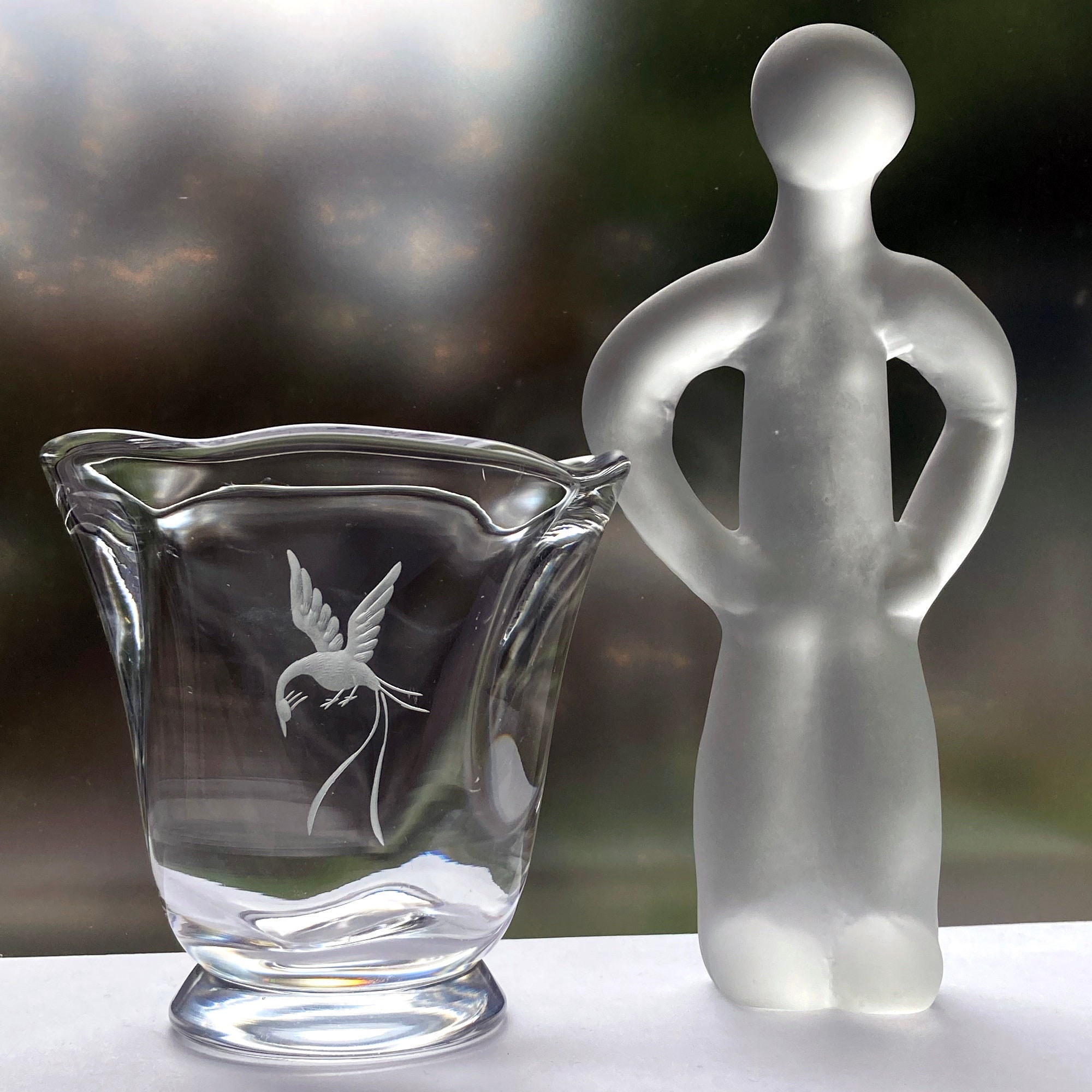 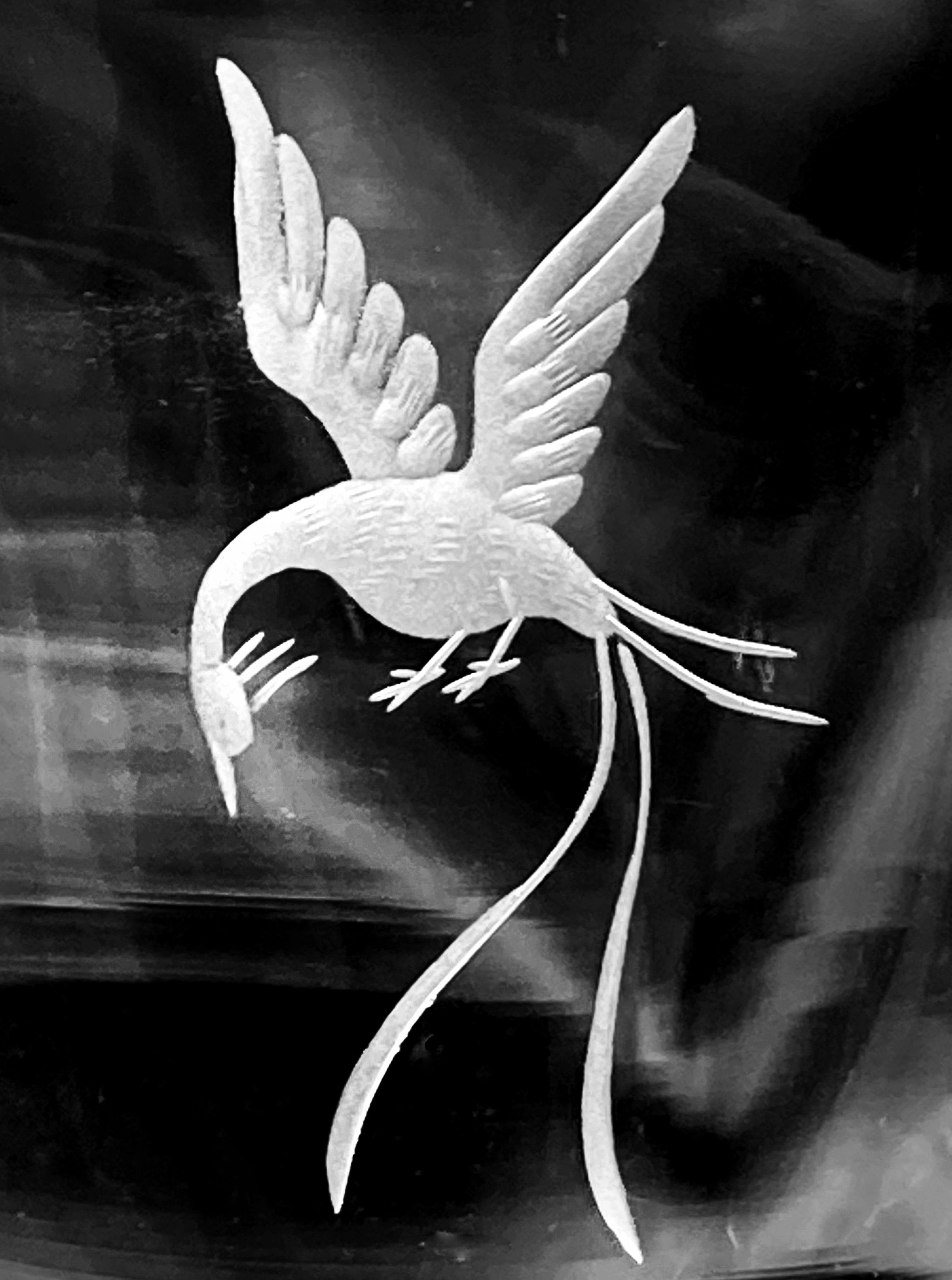 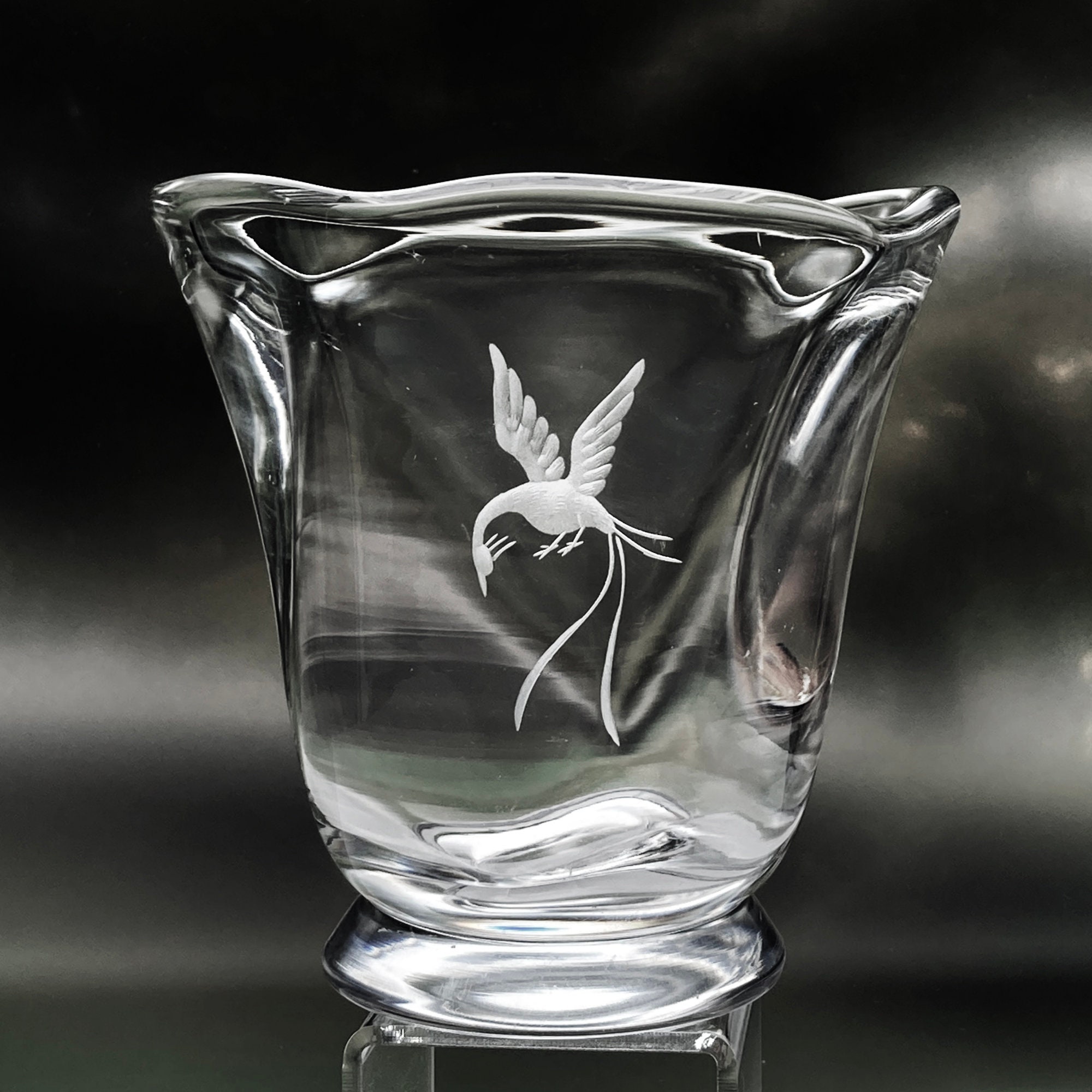 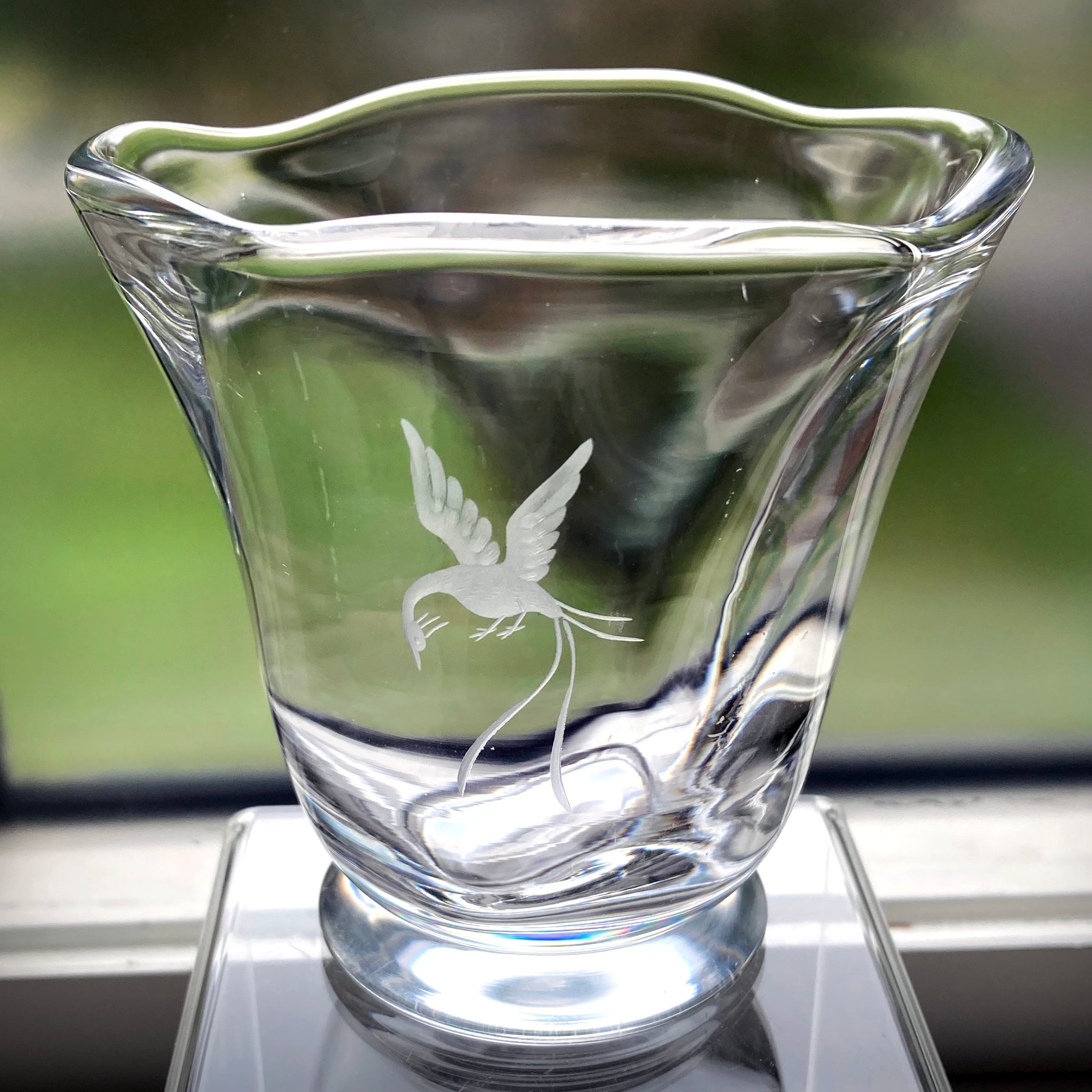 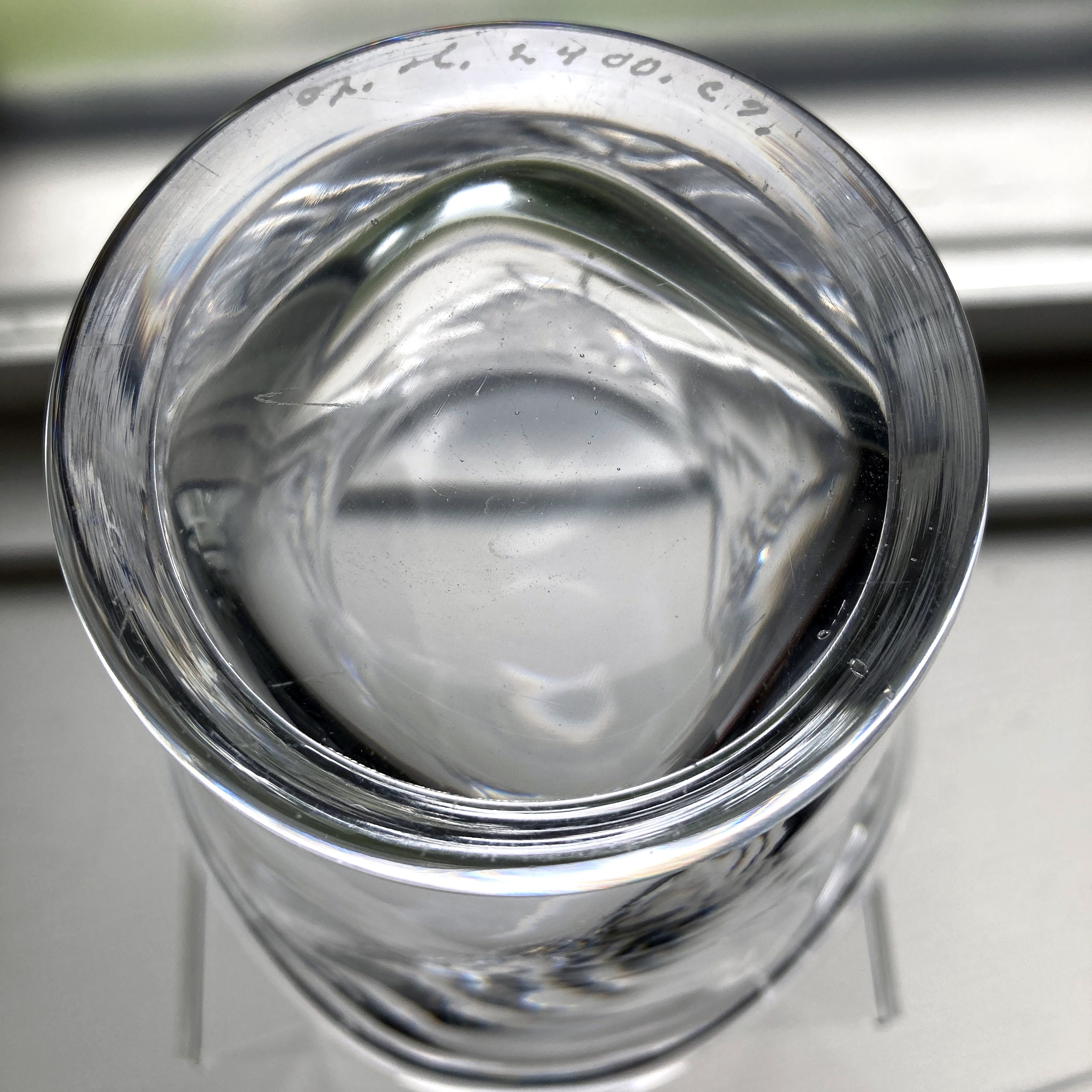 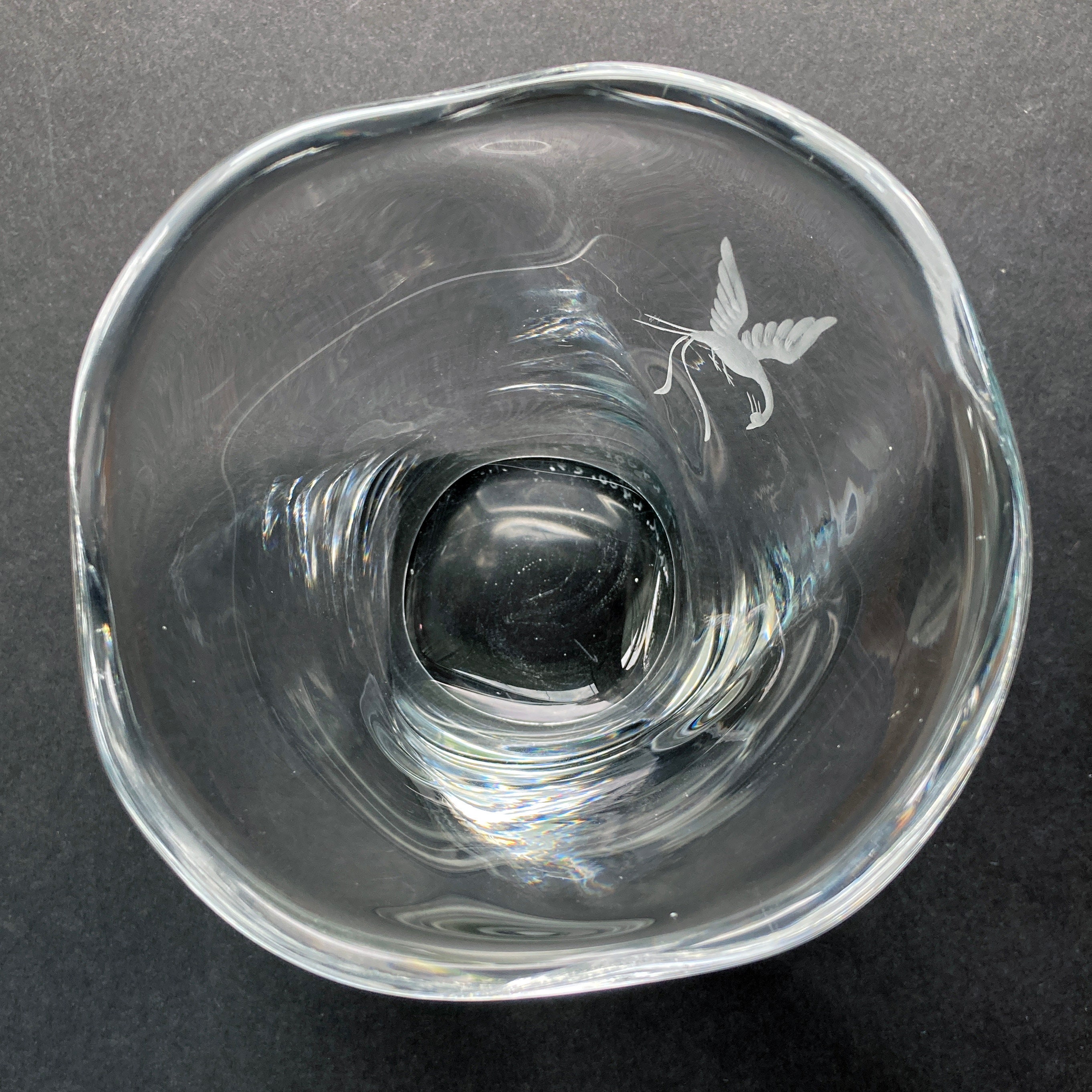 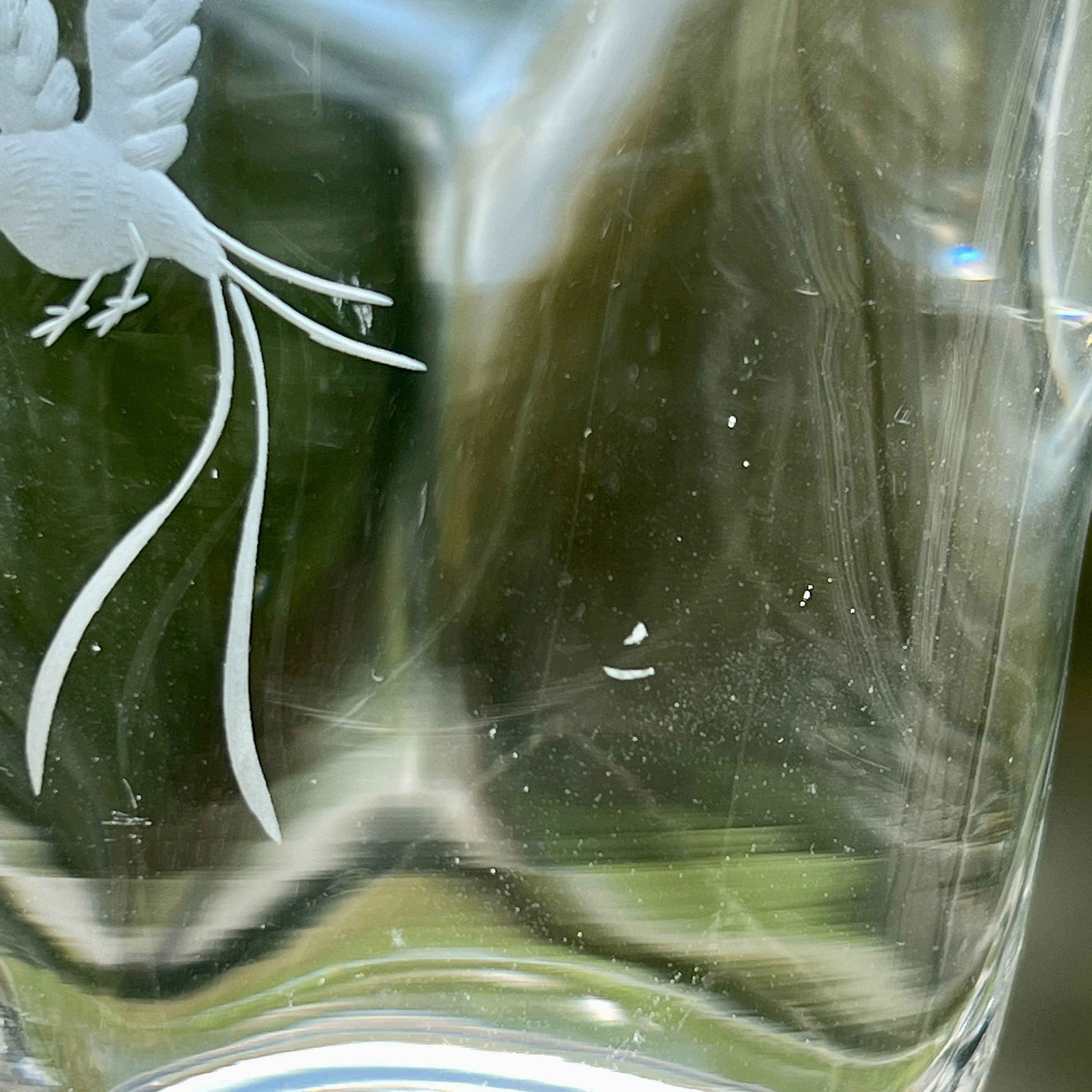 This Swedish, copper-wheel engraved vase is 4" tall and it weighs 1 pound. The thick, freeform style of the glass and the shape of the vase were innovations at Orrefors. The bird-of-paradise motif appears in the collections of many Swedish artists at a variety of glassworks of that era. This piece is in excellent condition for its near-eighty-year life.

Having studied at Dresden’s Technische Akademie (Polytechnic), Copenhagen’s Artists’ Studio School and later in Paris under Henri Matisse (1869-1954), Edward Hald was trained in painting, ceramics, and glass production. Beginning in 1917, Hald worked for the Swedish ceramics and porcelain manufacturer Rörstrand (est. 1726) and Orrefors Glasshouse (est. 1898). Hald's engraved designs of modernist figures and in Graal glass garnered him much praise throughout the 1920s and 1930s, when he was considered a fine example of “Swedish Grace” stylings. He won a Grand Prix award at the 1925 “Exposition Internationale des Arts Décoratifs et Industriels Modernes” in Paris.

The hiring of Edward Hald by Orrefors in 1917 was part of an effort by Johan Ekman, who bought the glassworks in 1913, to infuse its products with the aesthetic and spirit of modern design. Hald and his contemporaries, including Simon Gate and Knut Bergqvist, were encouraged to experiment with both style and technique.