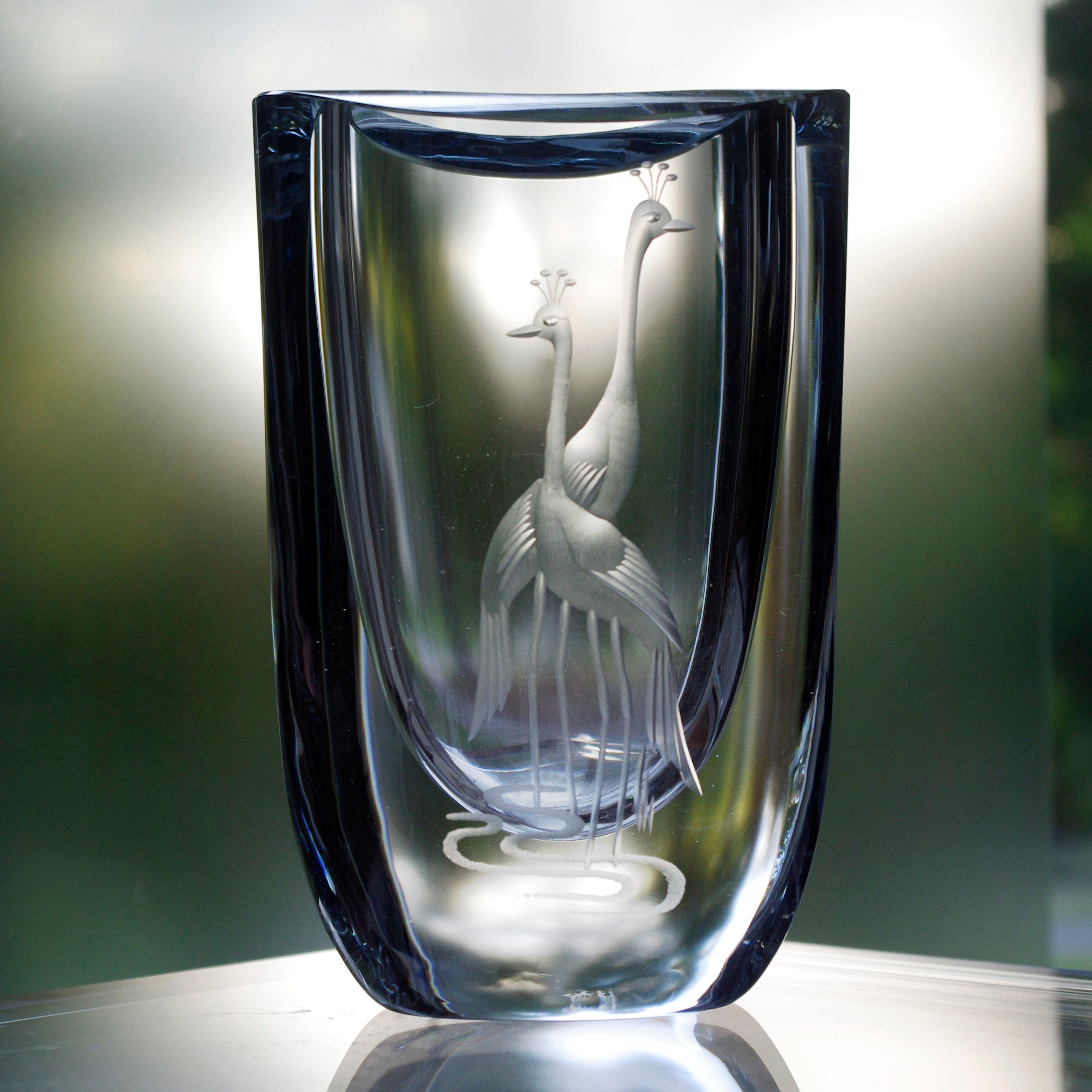 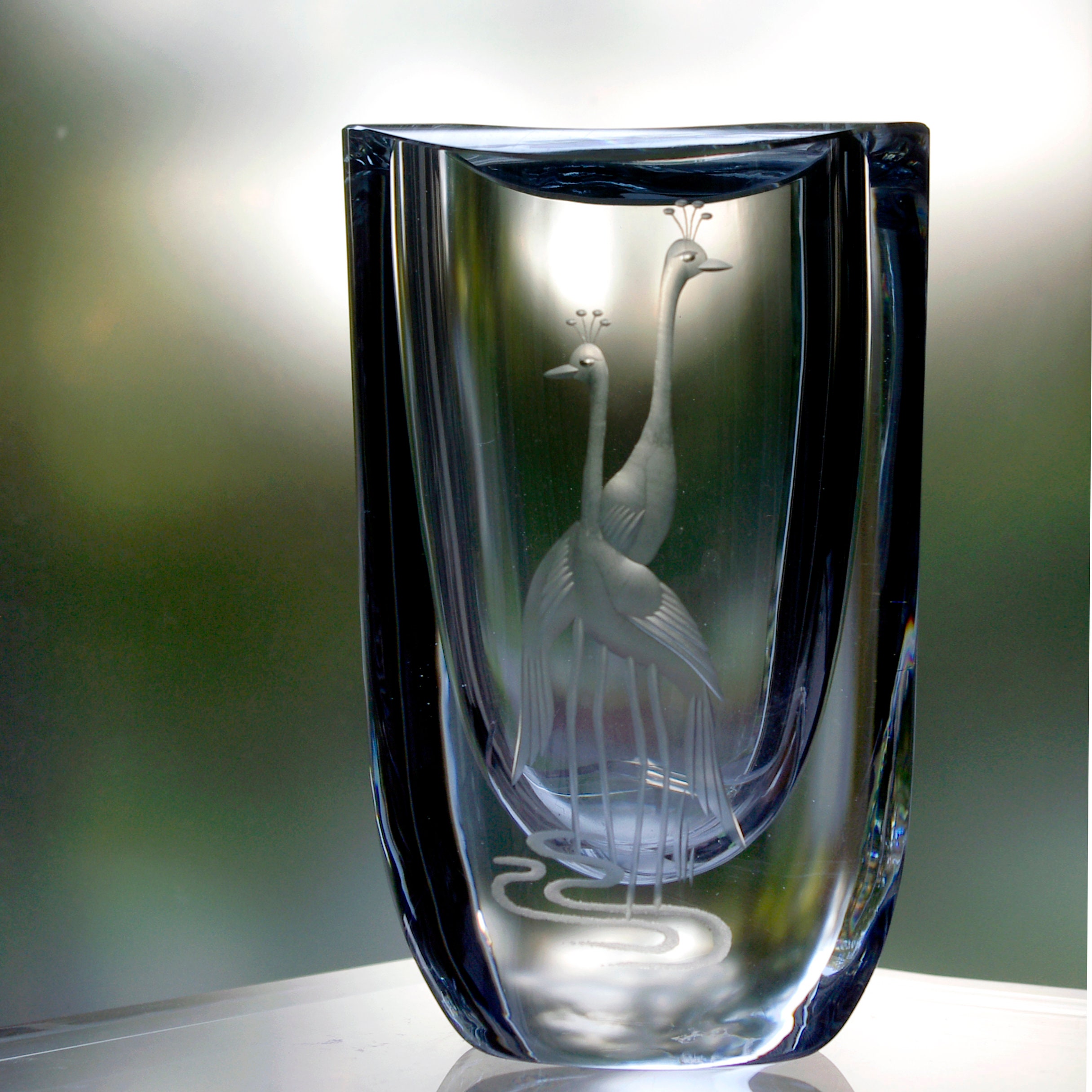 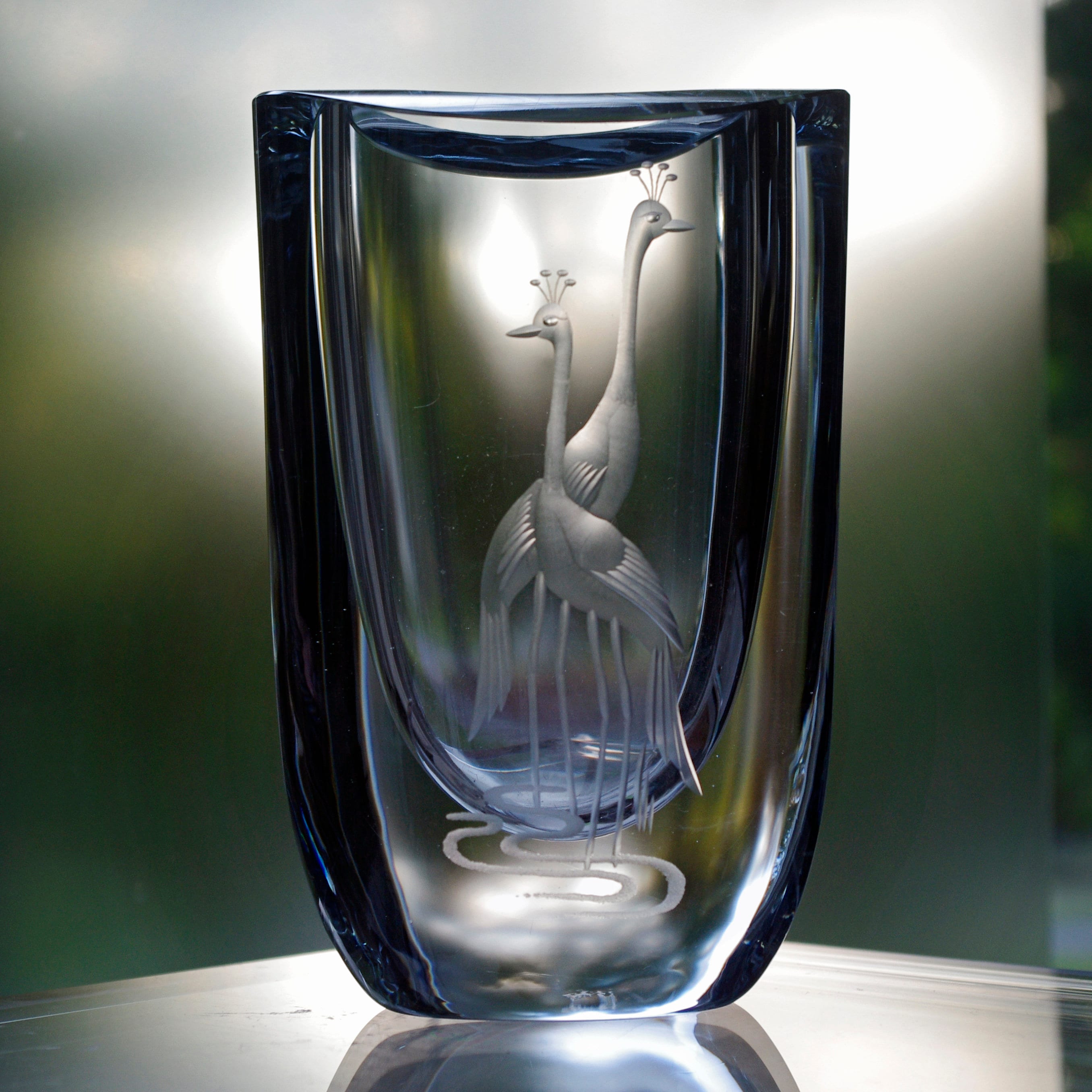 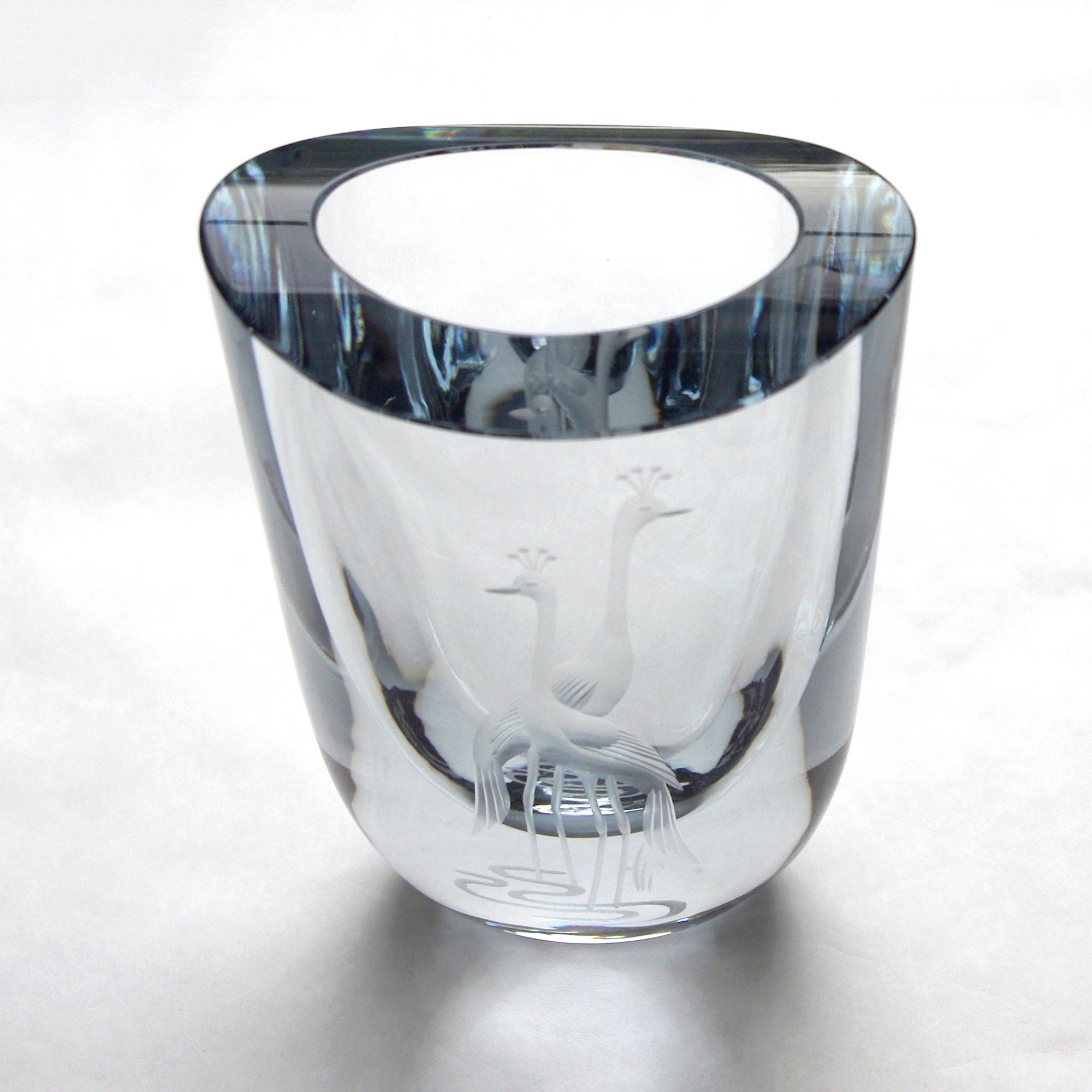 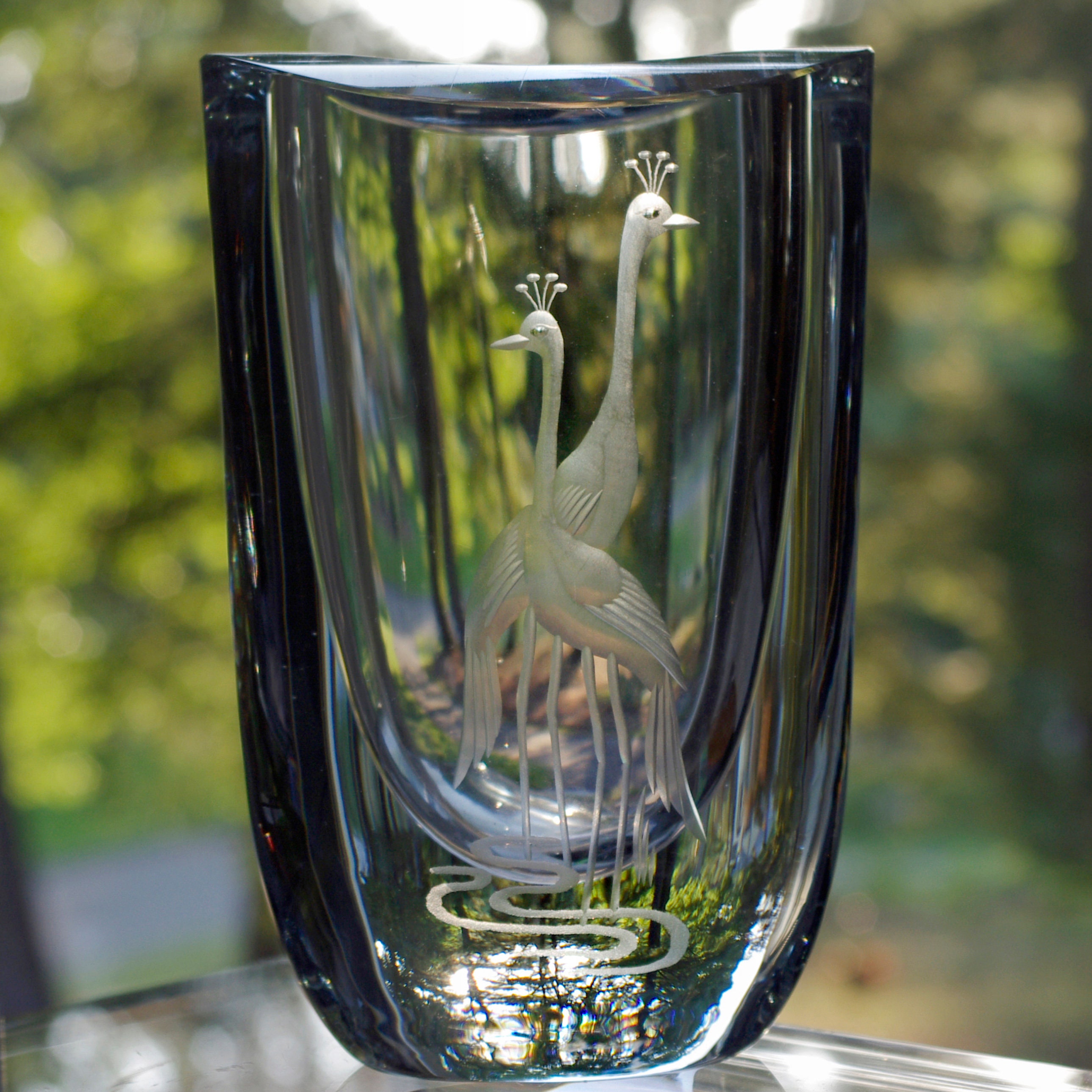 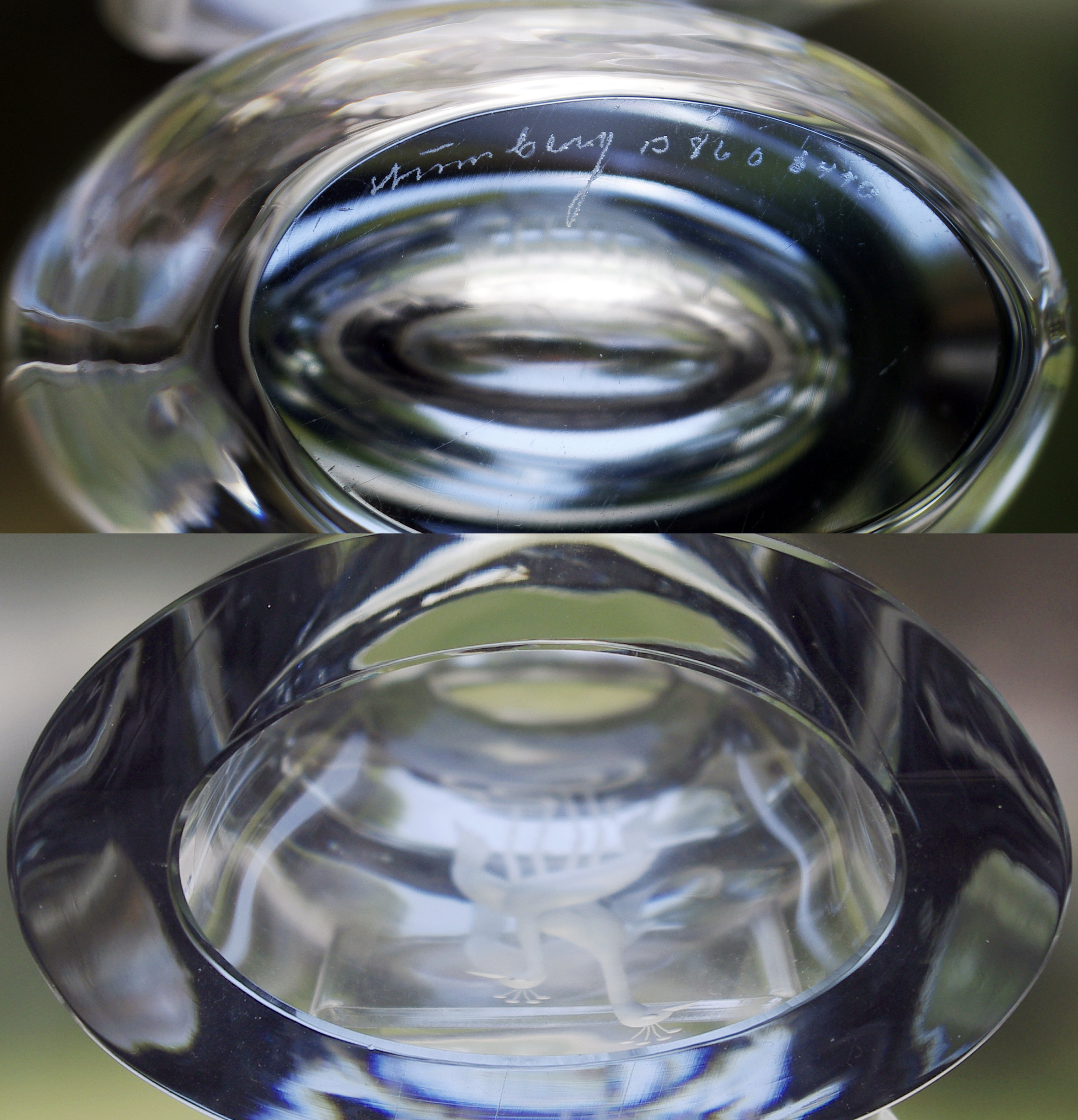 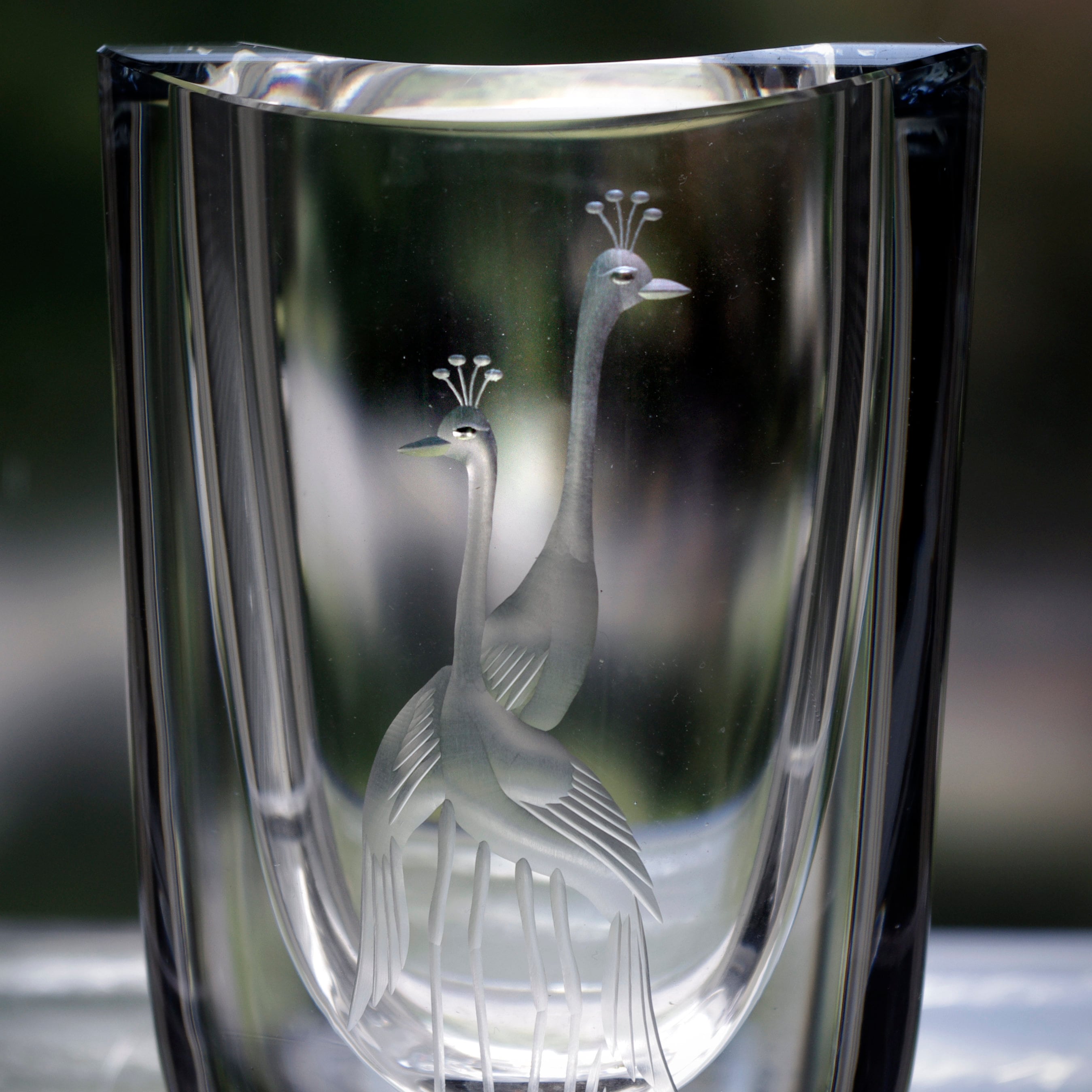 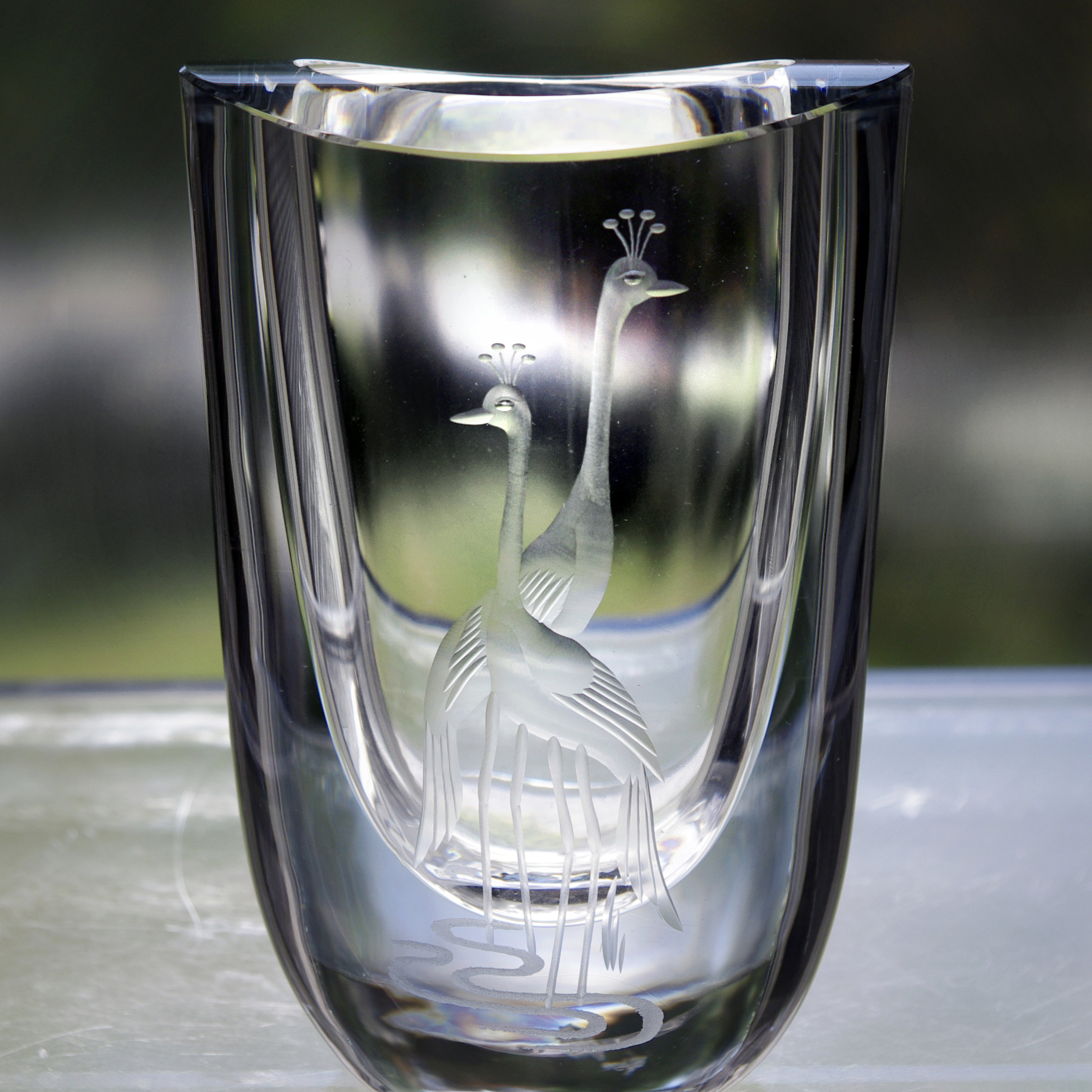 This beautiful vintage vase depicts a pair of majestic crowned cranes. It is 6.5" high and 4" x 2.5" wide, and it's quite heavy, weighing 3 pounds, 6 ounces. It is a perfect size for display on a sunny windowsill or shelf. It is in excellent condition, clear and sparkling. This piece was designed by Gunnar Nylund during the 1950s.