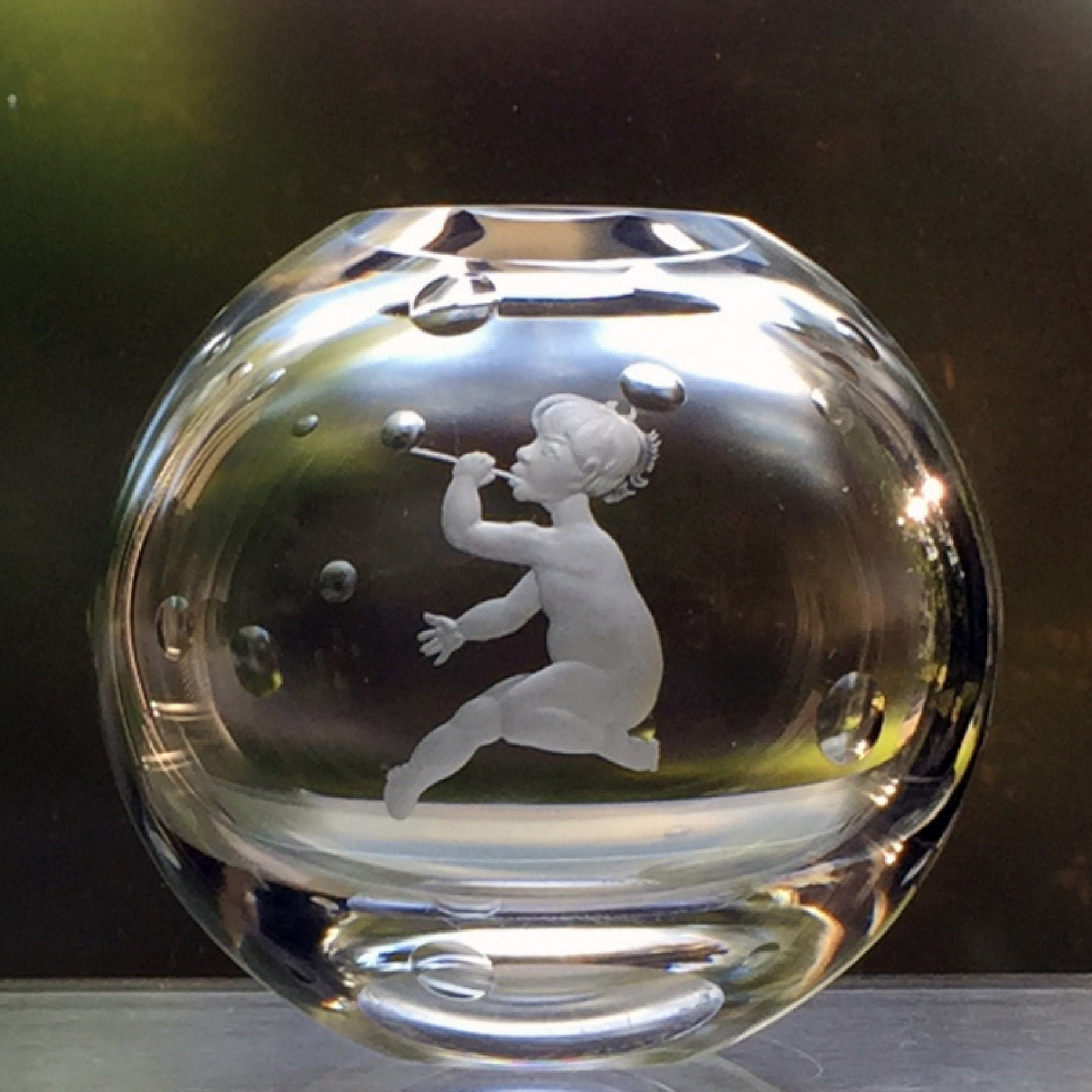 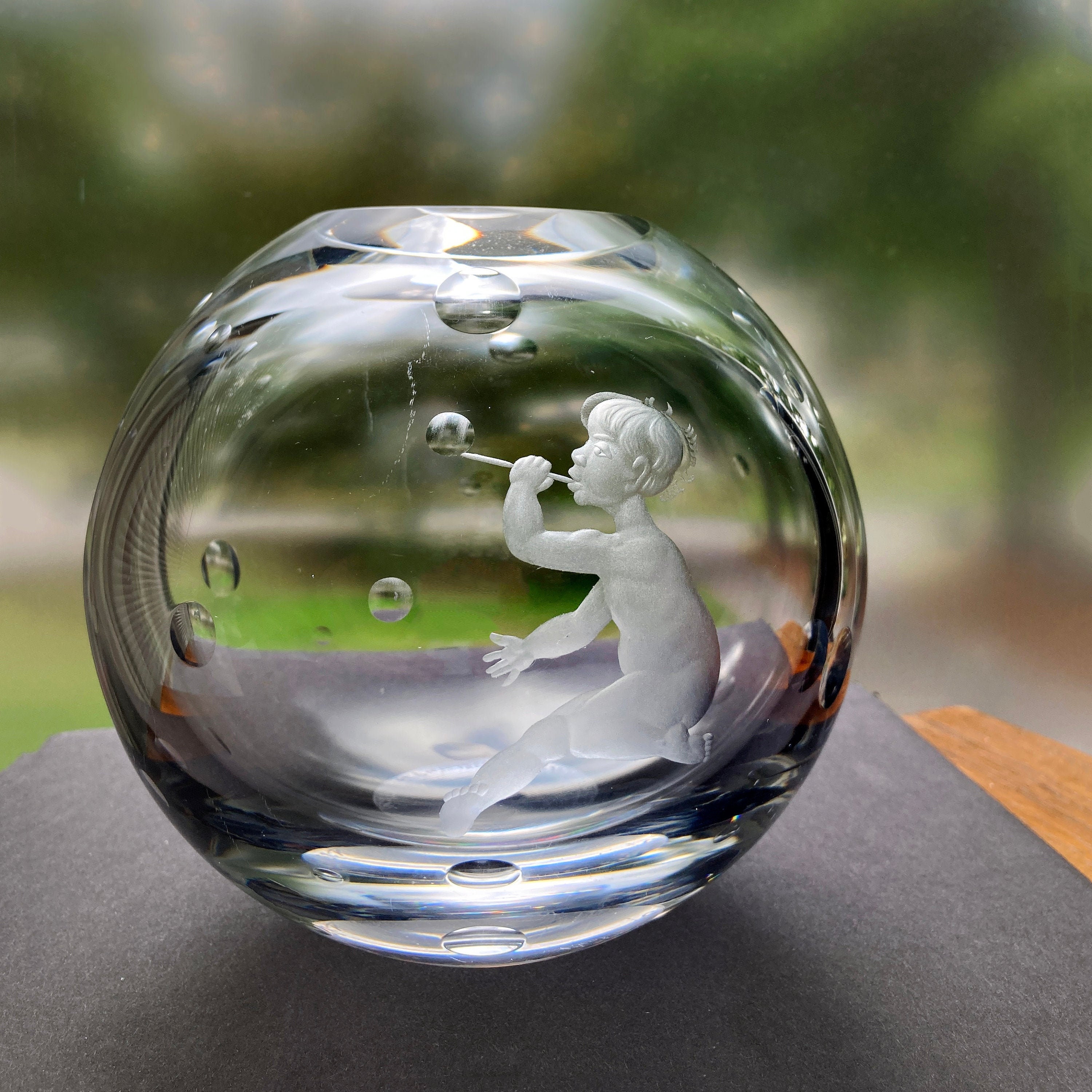 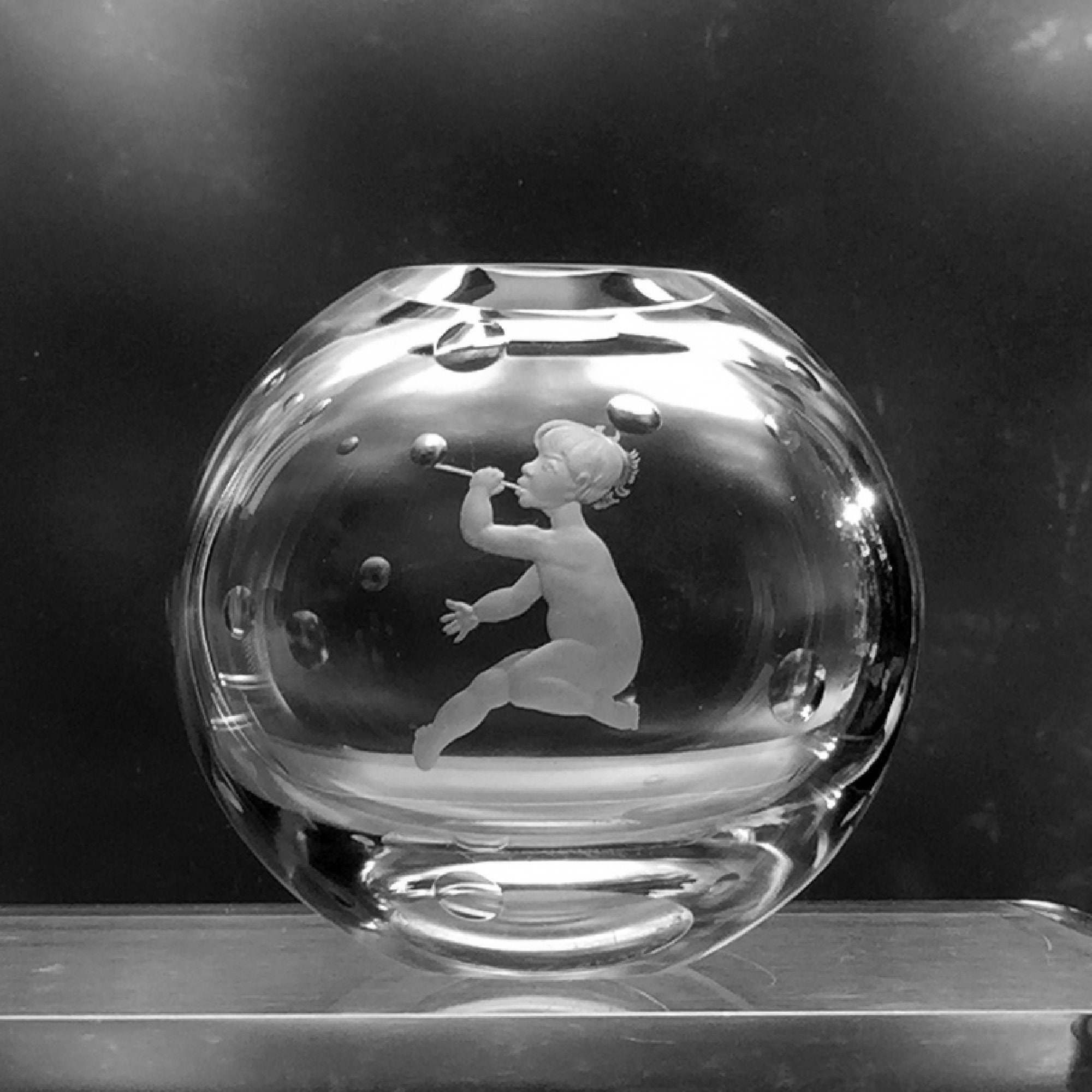 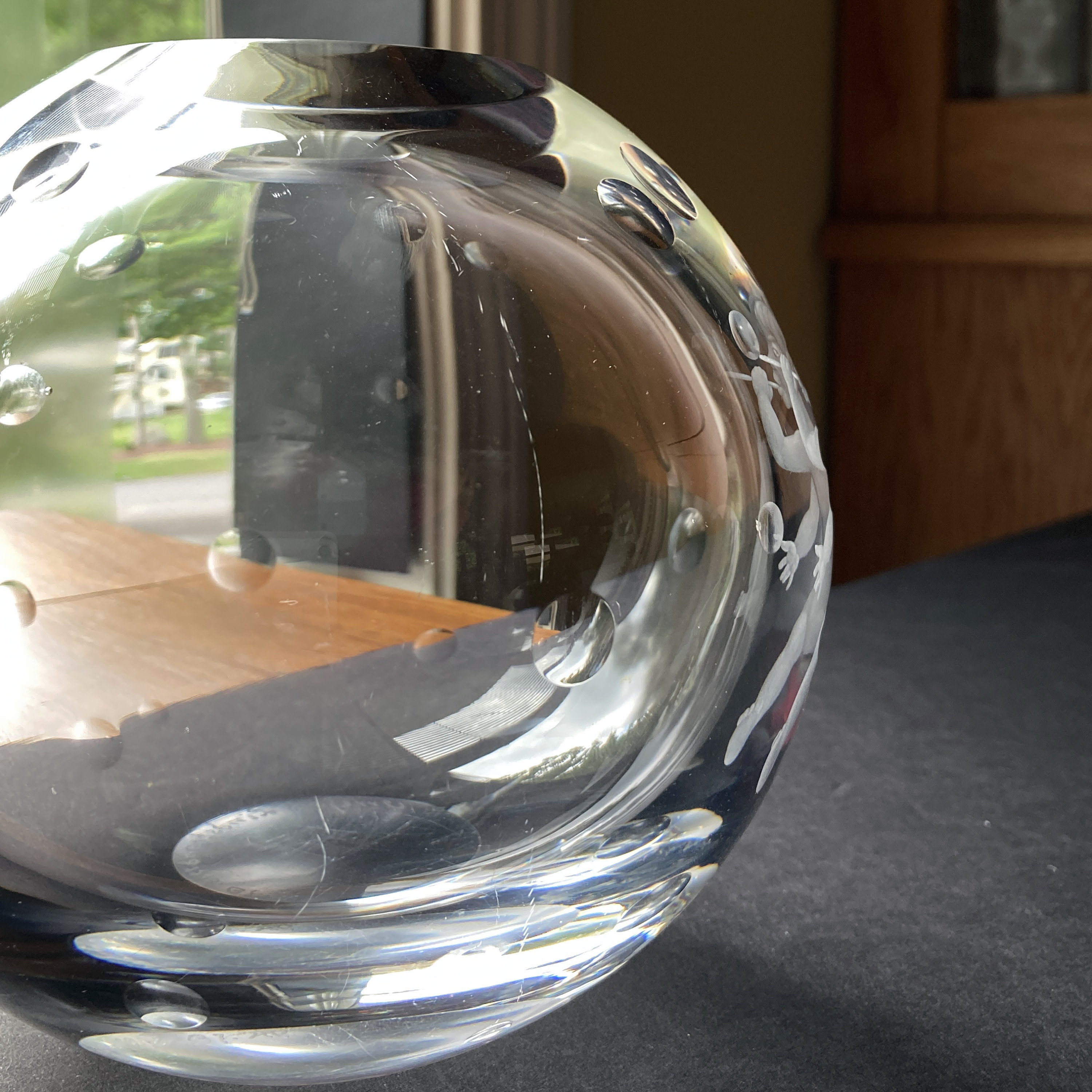 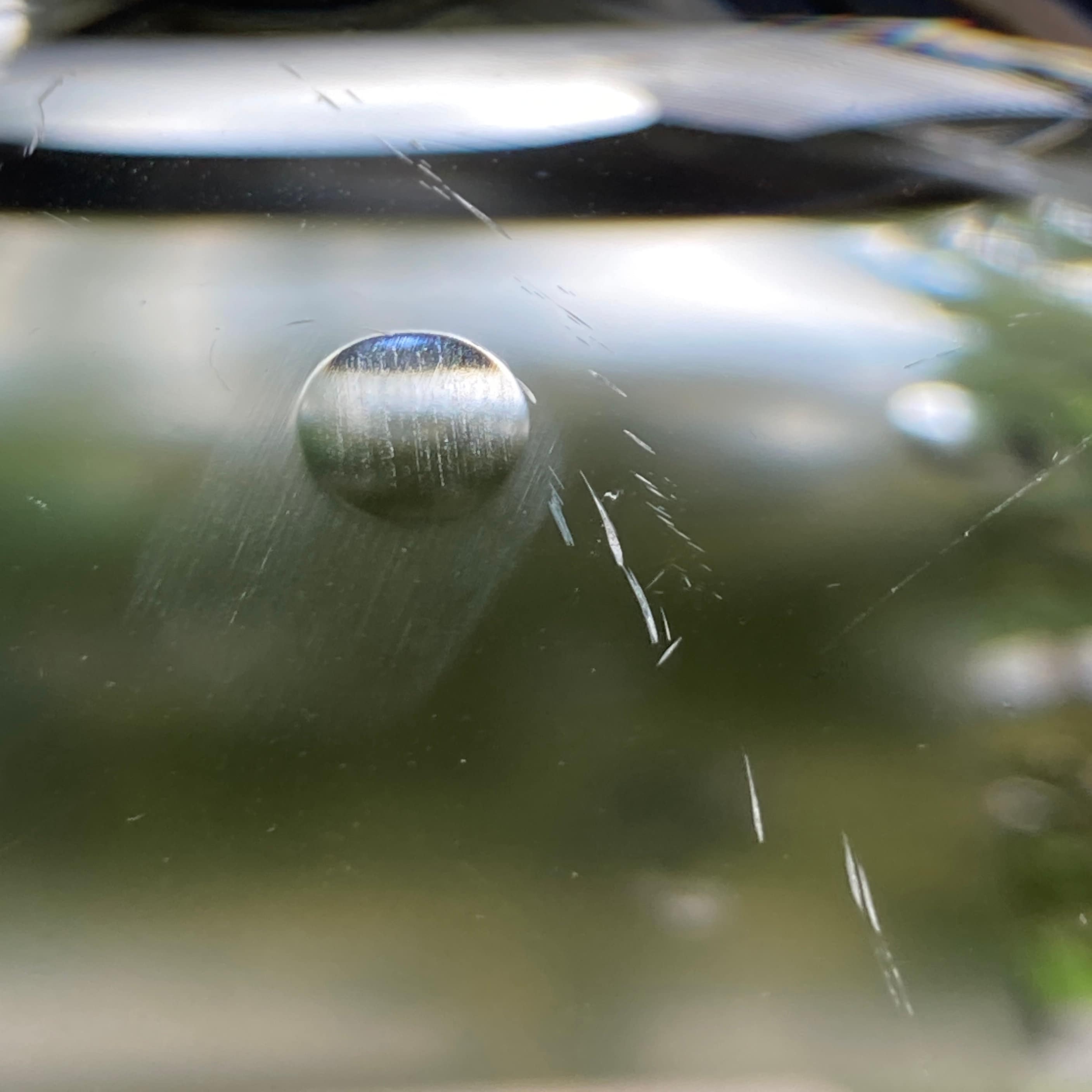 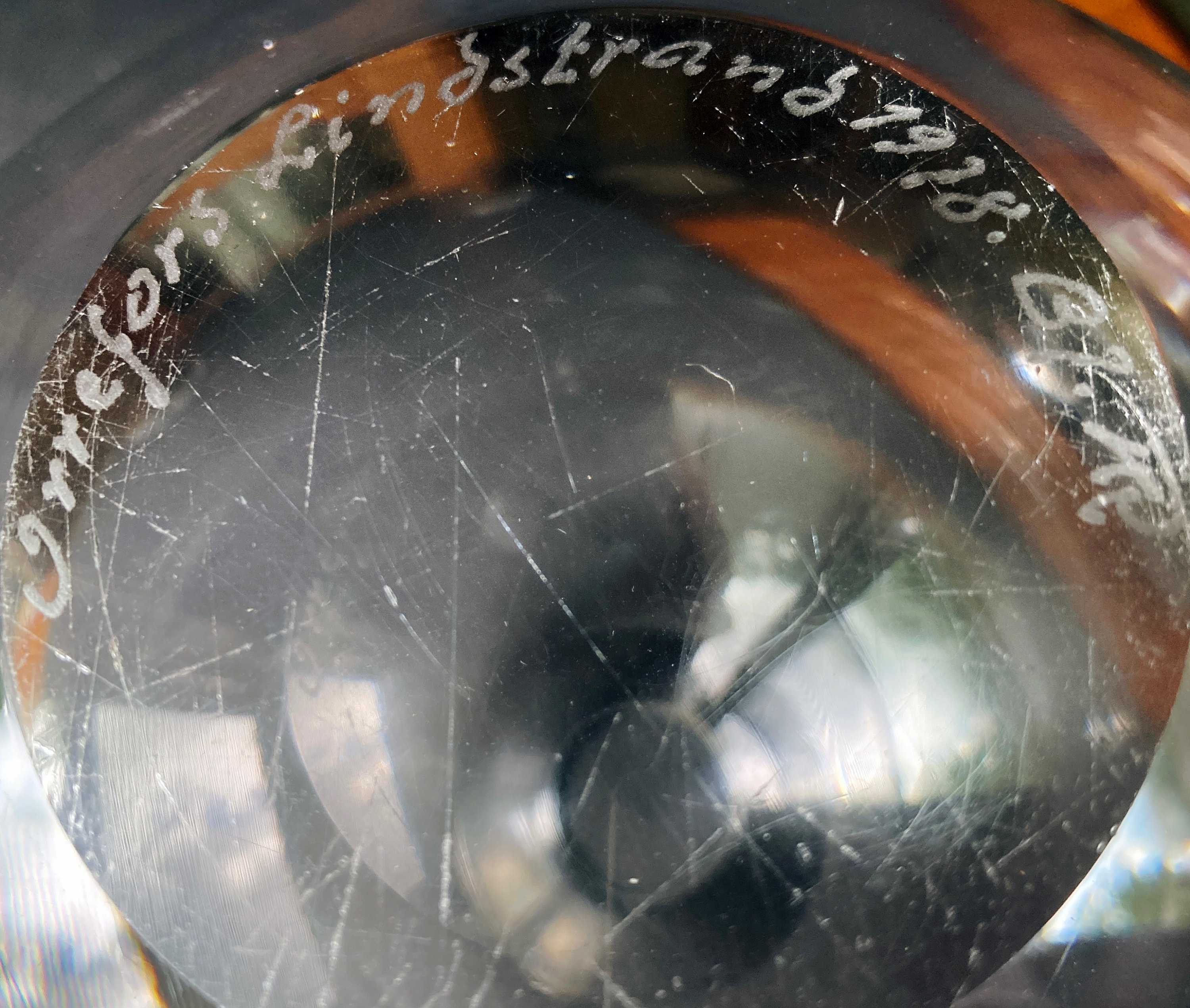 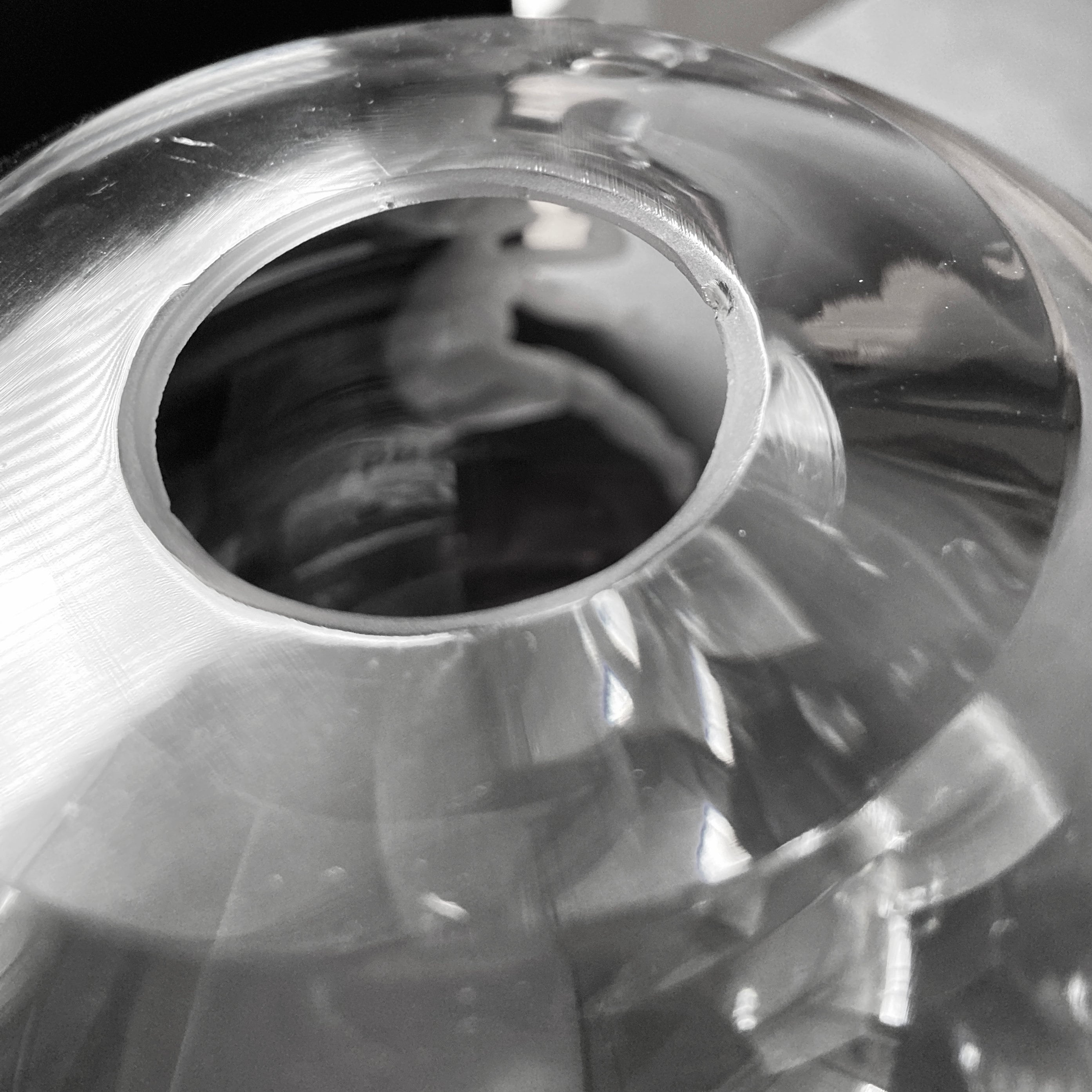 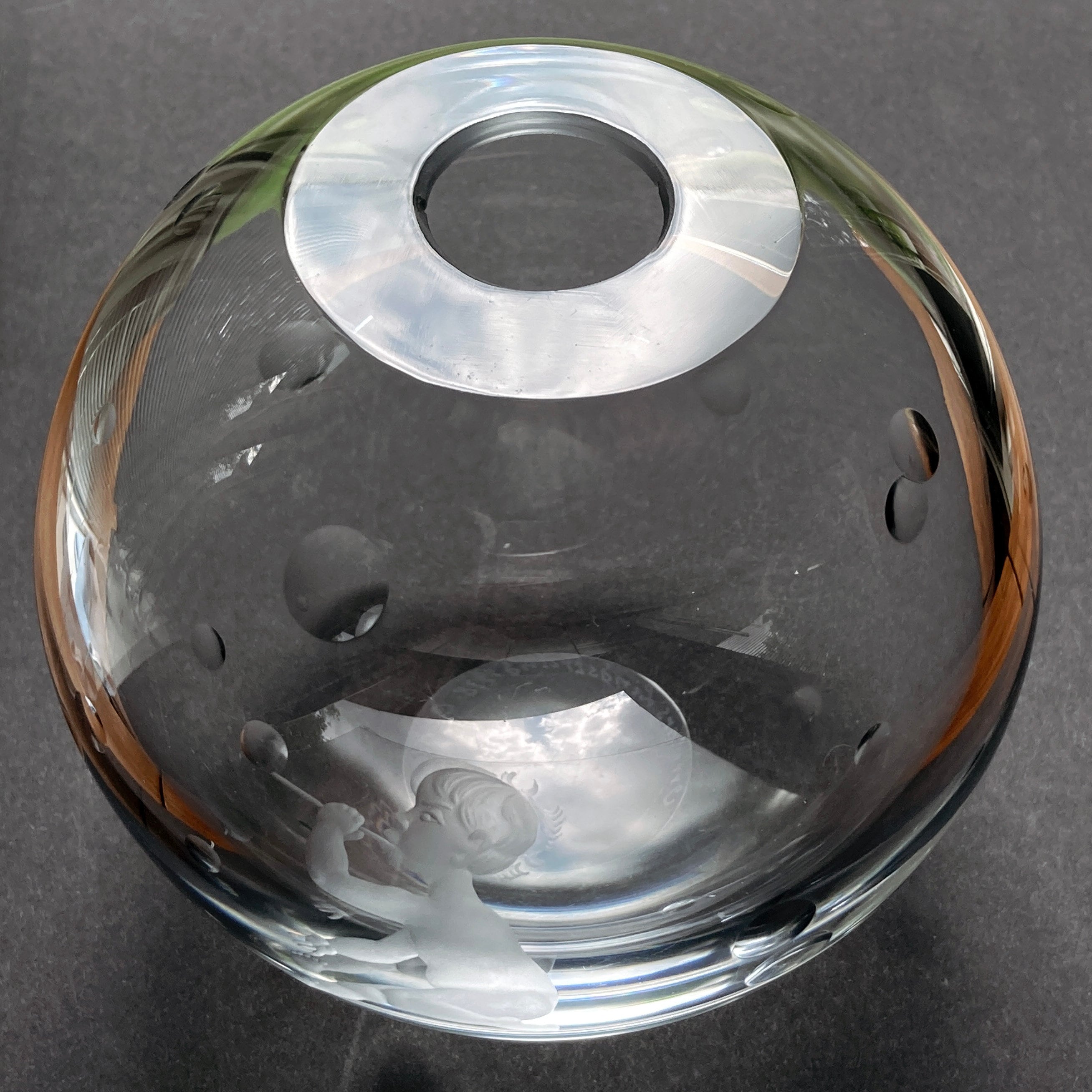 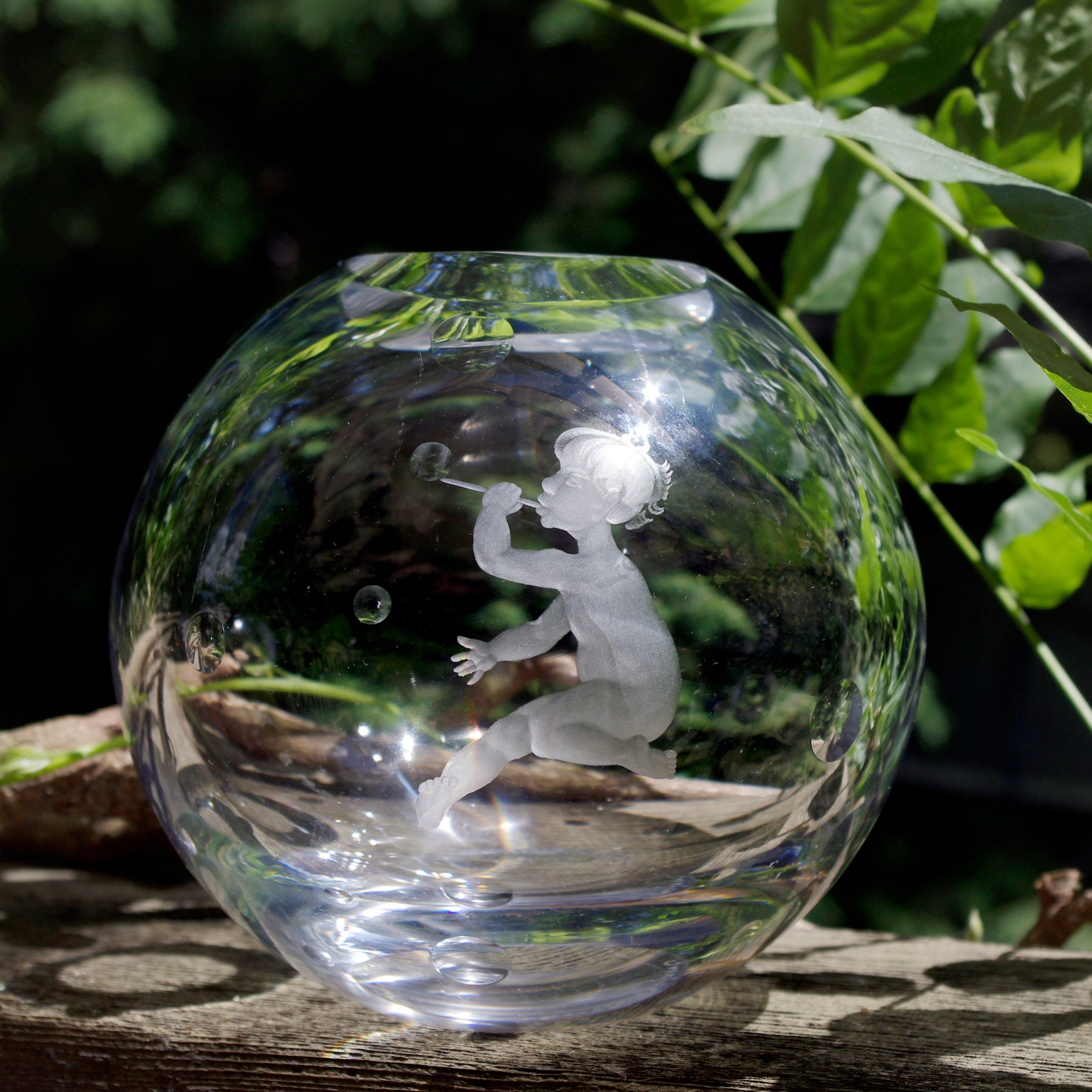 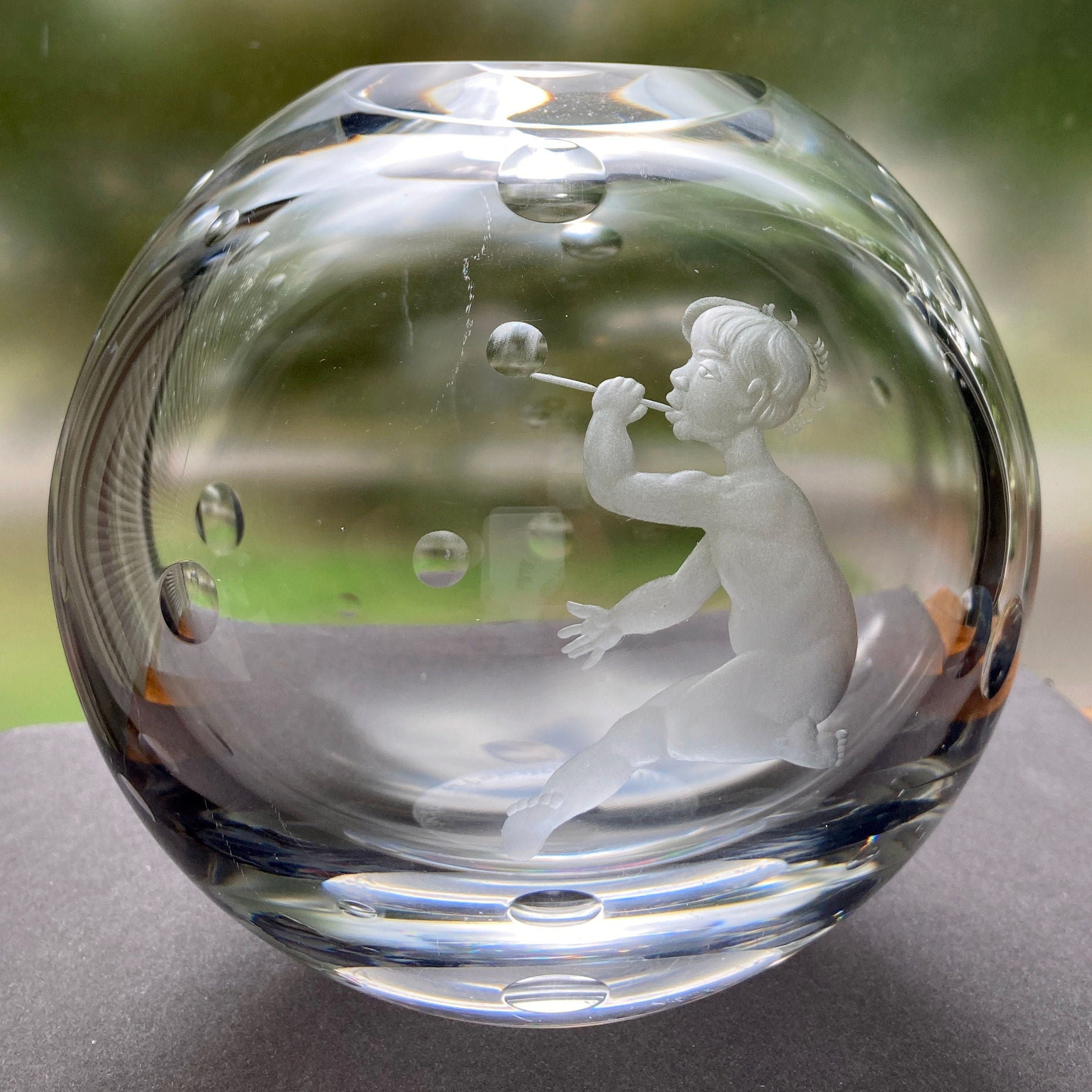 Designed by Vicke (Victor Emanuel) Lindstrand in 1937, this playful vase was a departure from Lindstrand's typical subjects of mythological figures and art deco nudes. Perhaps he was influenced by watching his son, Ola, who was born in 1933. This heavy, round vase is hand blown and and copper-wheel engraved.

This nearly spherical vase is 6 inches in diameter and weighs 5 pounds. The style code 1978 tells me it was designed in 1937, and the production date code B7 means that this particular vase was made in 1941. The final mark indicates that Karl Rössler engraved this piece. There are a few scratches on the exterior and a couple tiny chips on the inner edge of the cut mouth of the vase. These types of imperfections show the love this art has received in its nearly 80 years of life - it didn't just sit in a cabinet.

I hope this vase finds a new home with someone who can appreciate its timeless beauty and its rich history. If you have questions I haven't answered, please don't hesitate to ask.