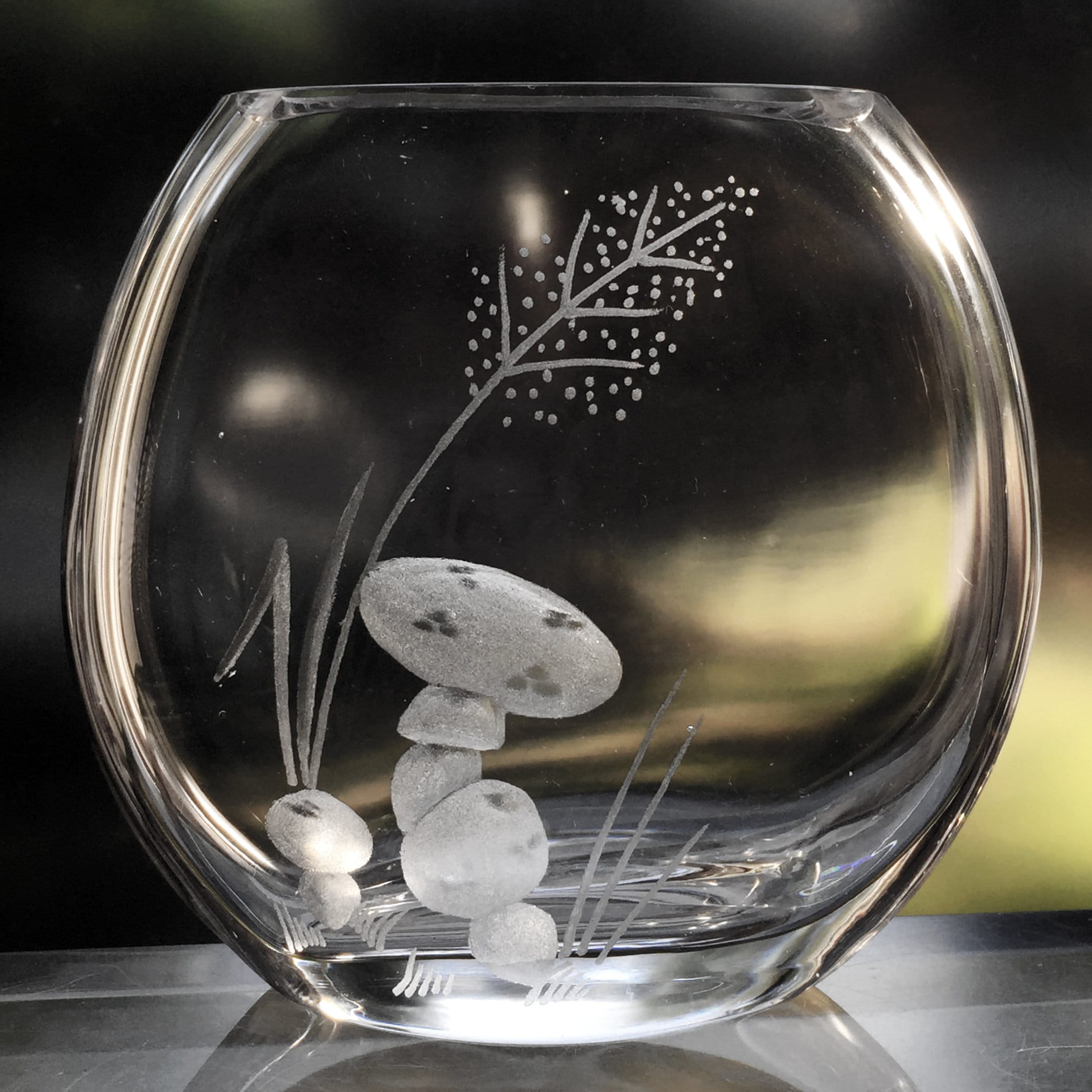 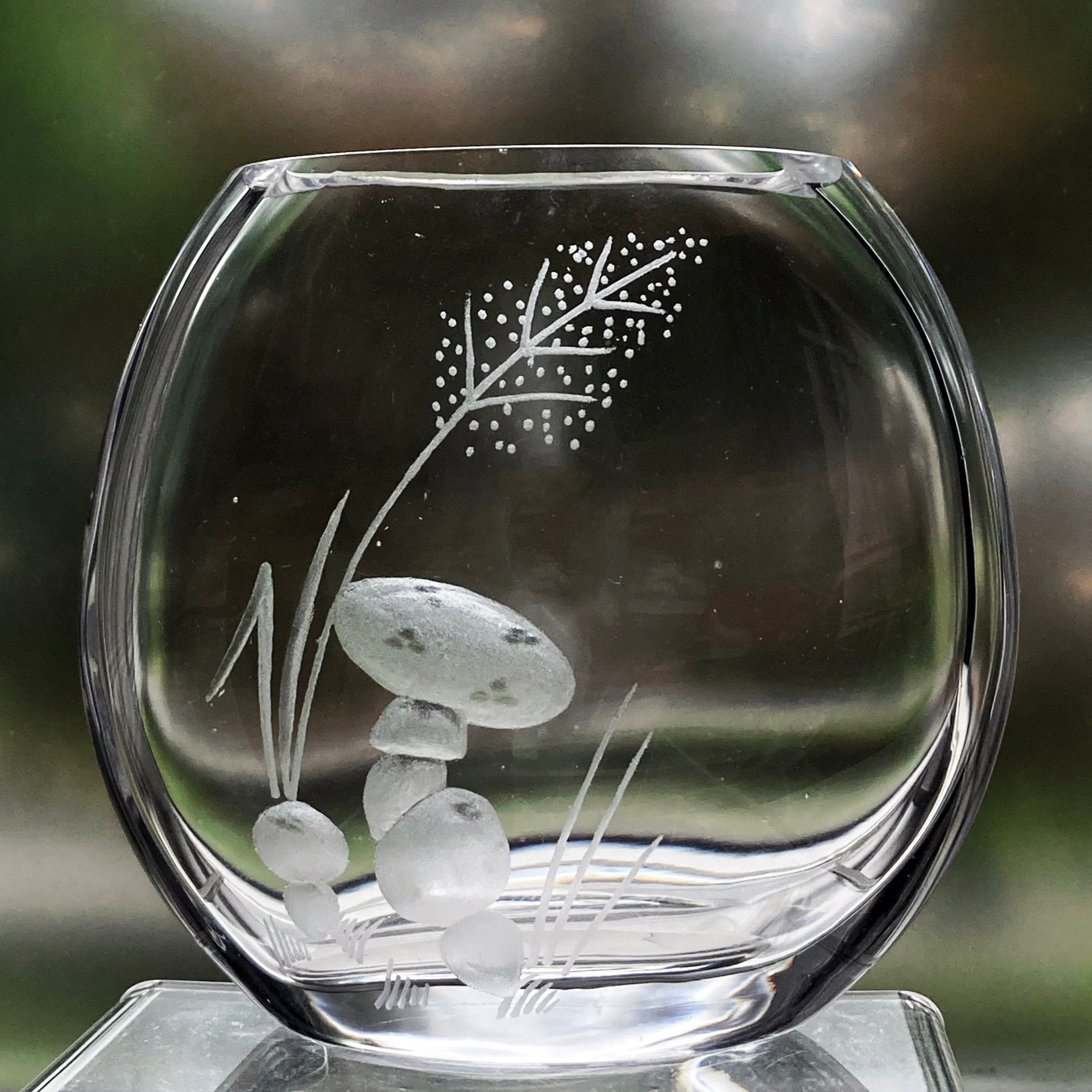 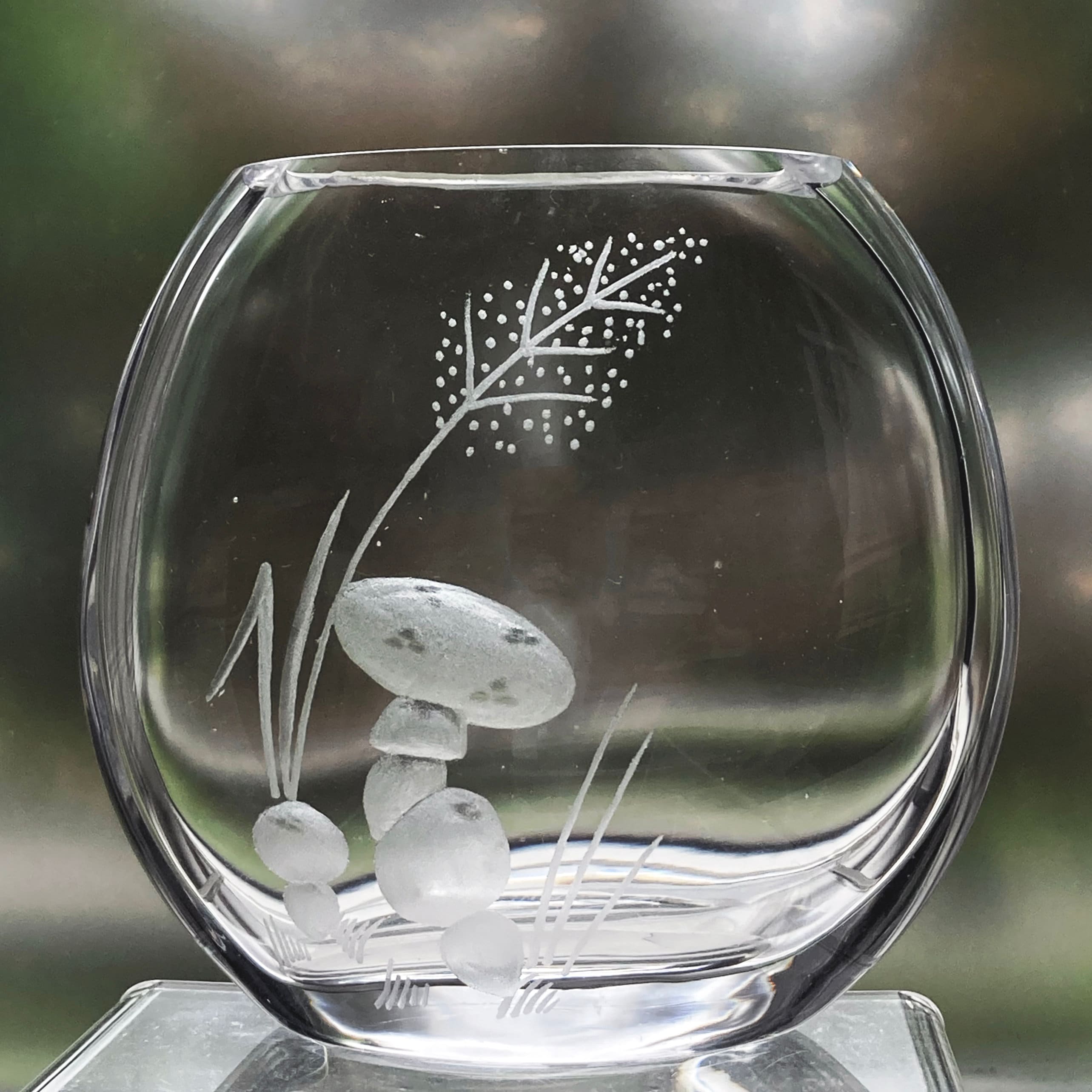 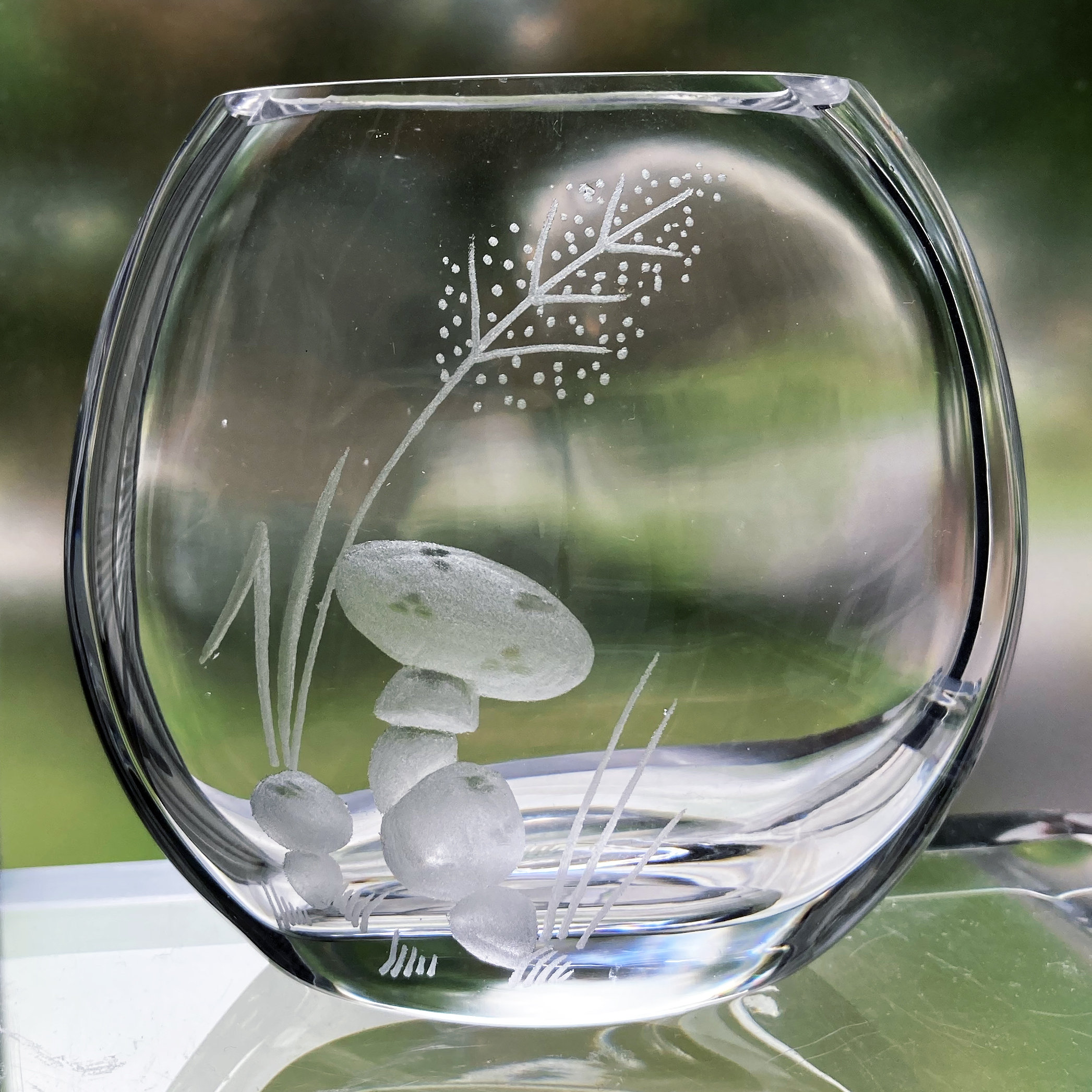 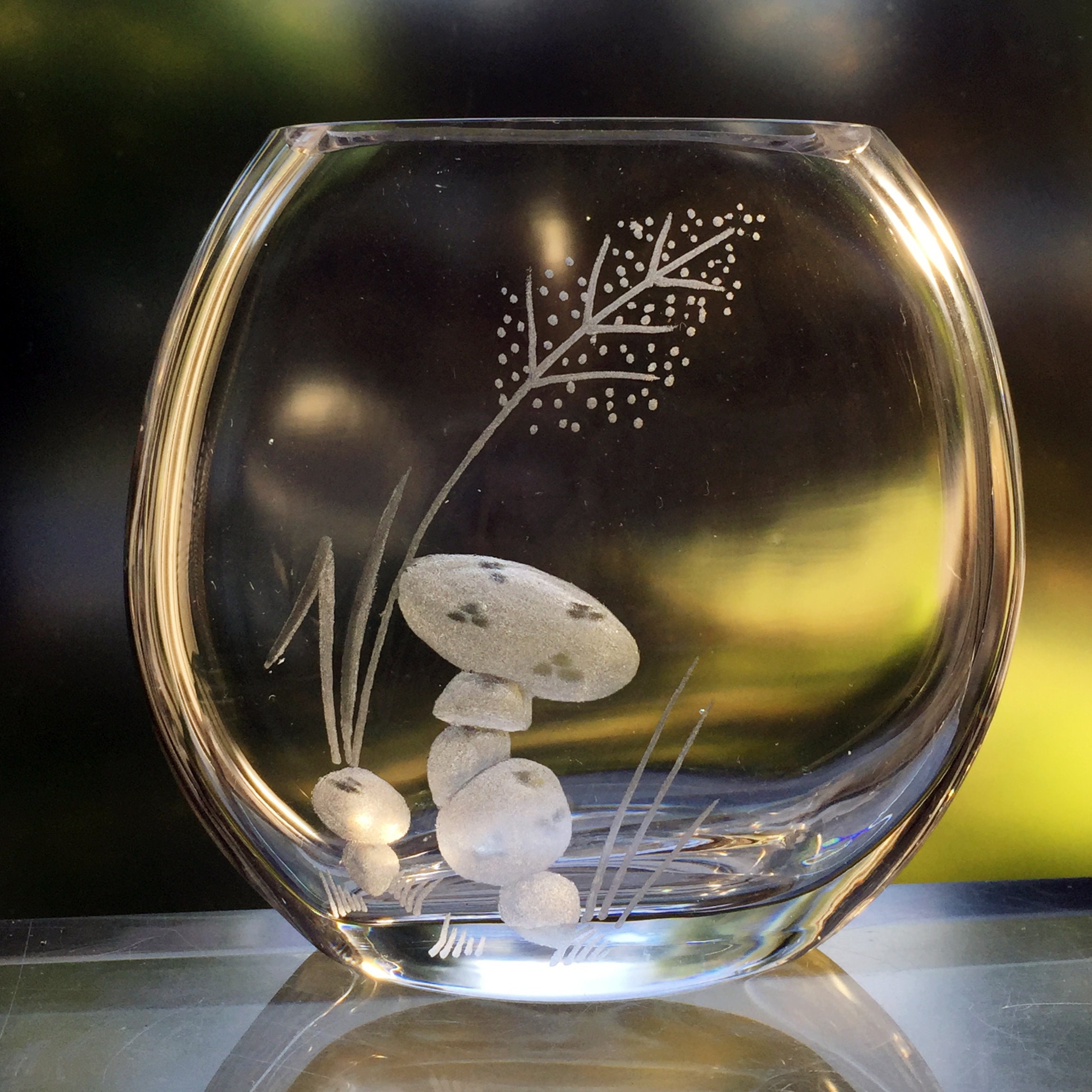 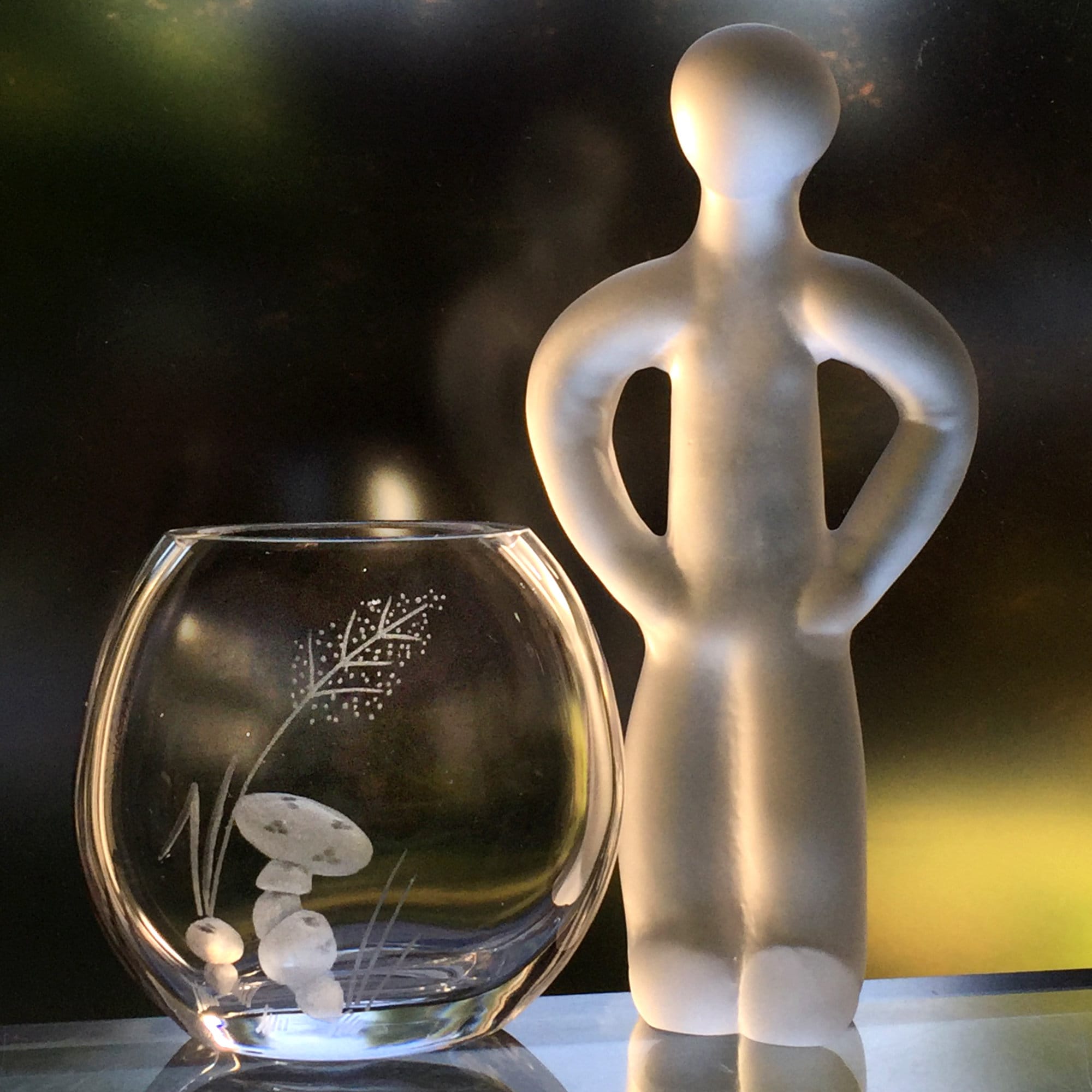 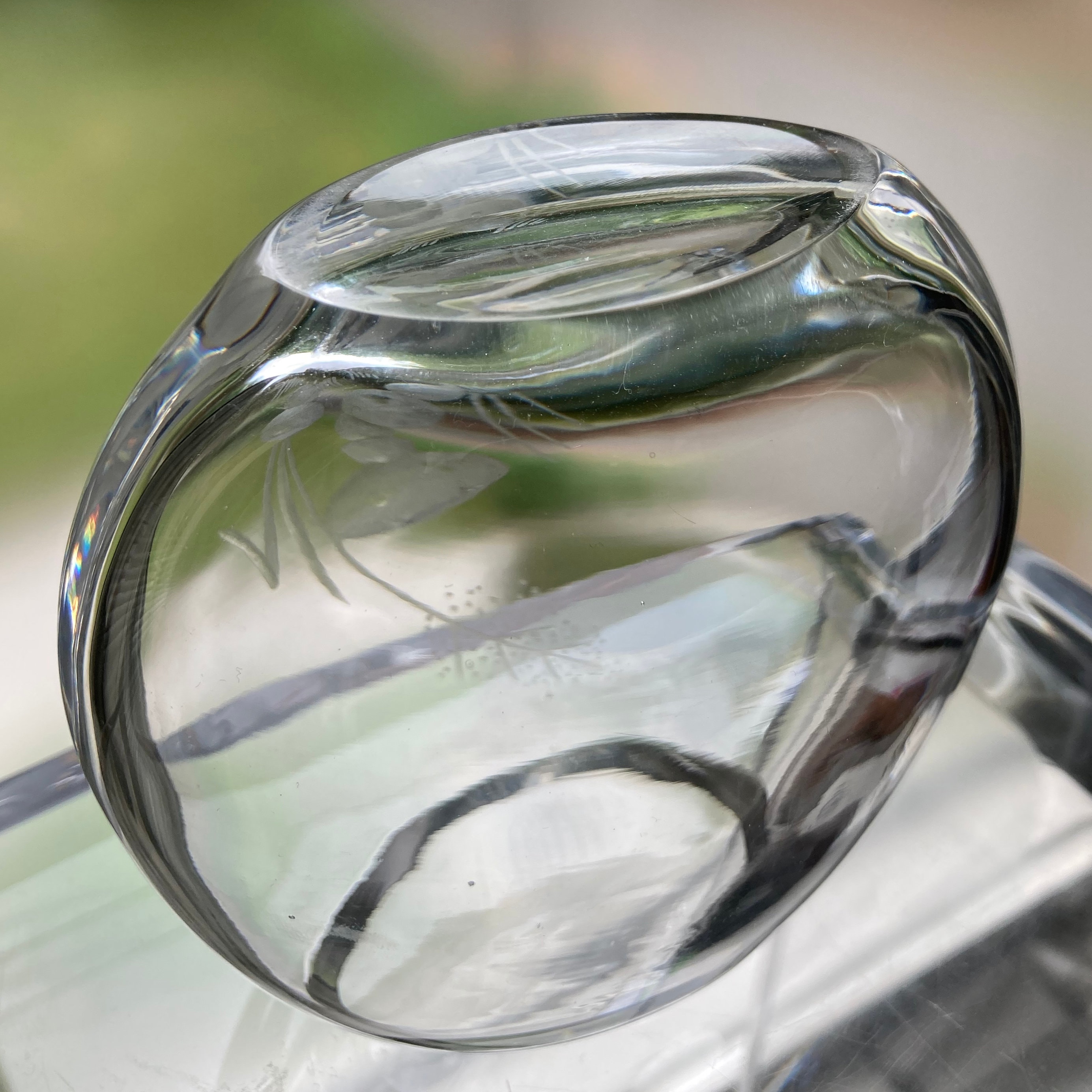 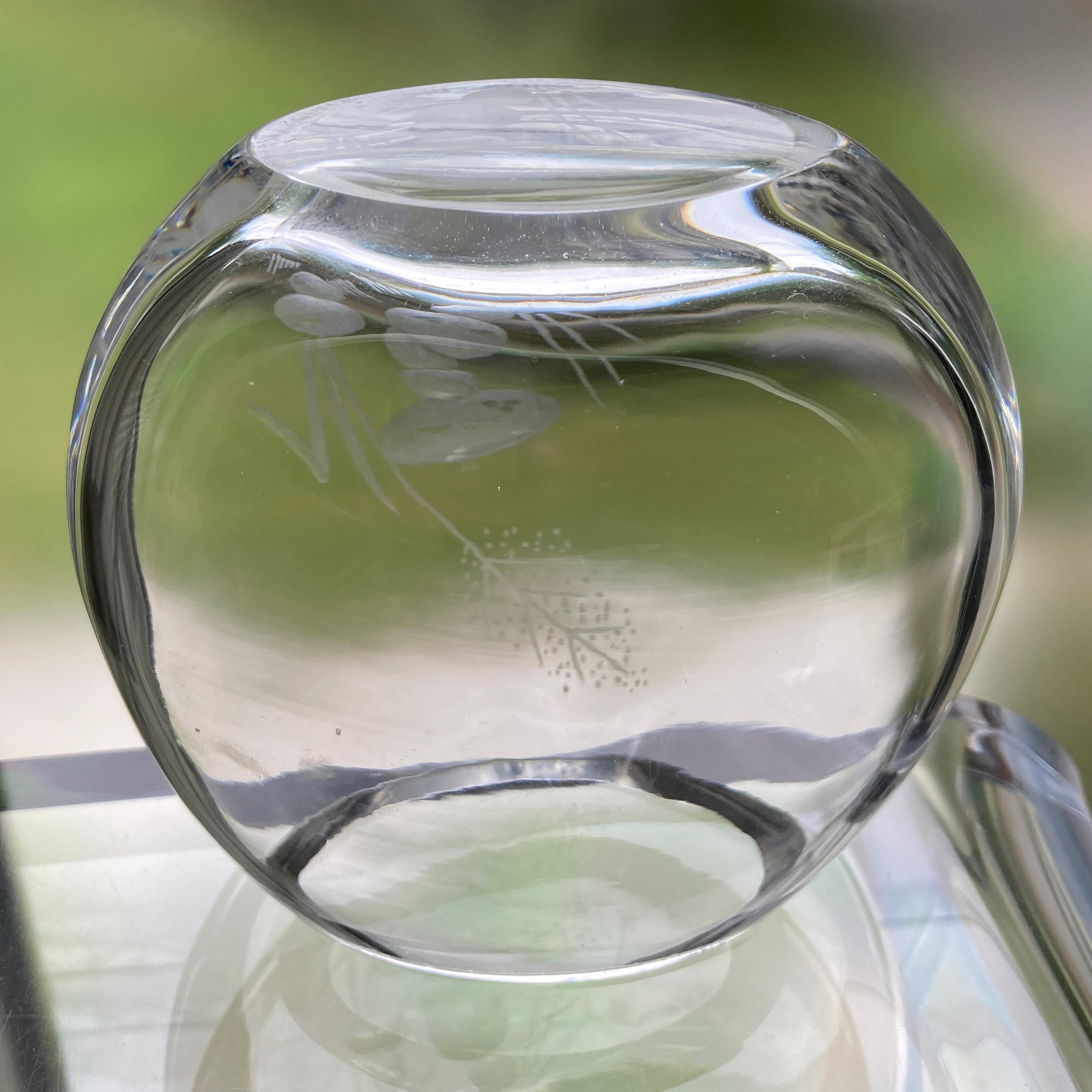 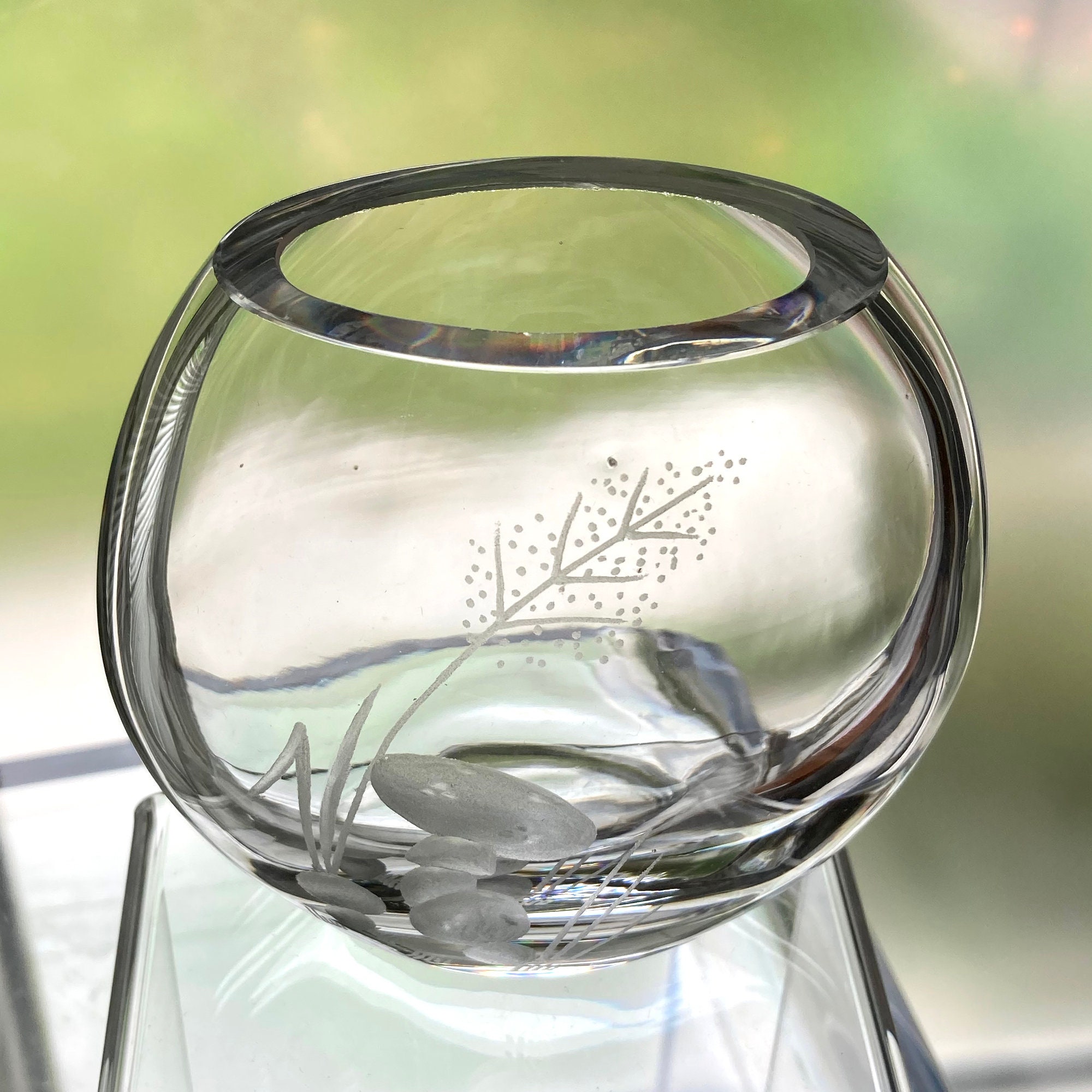 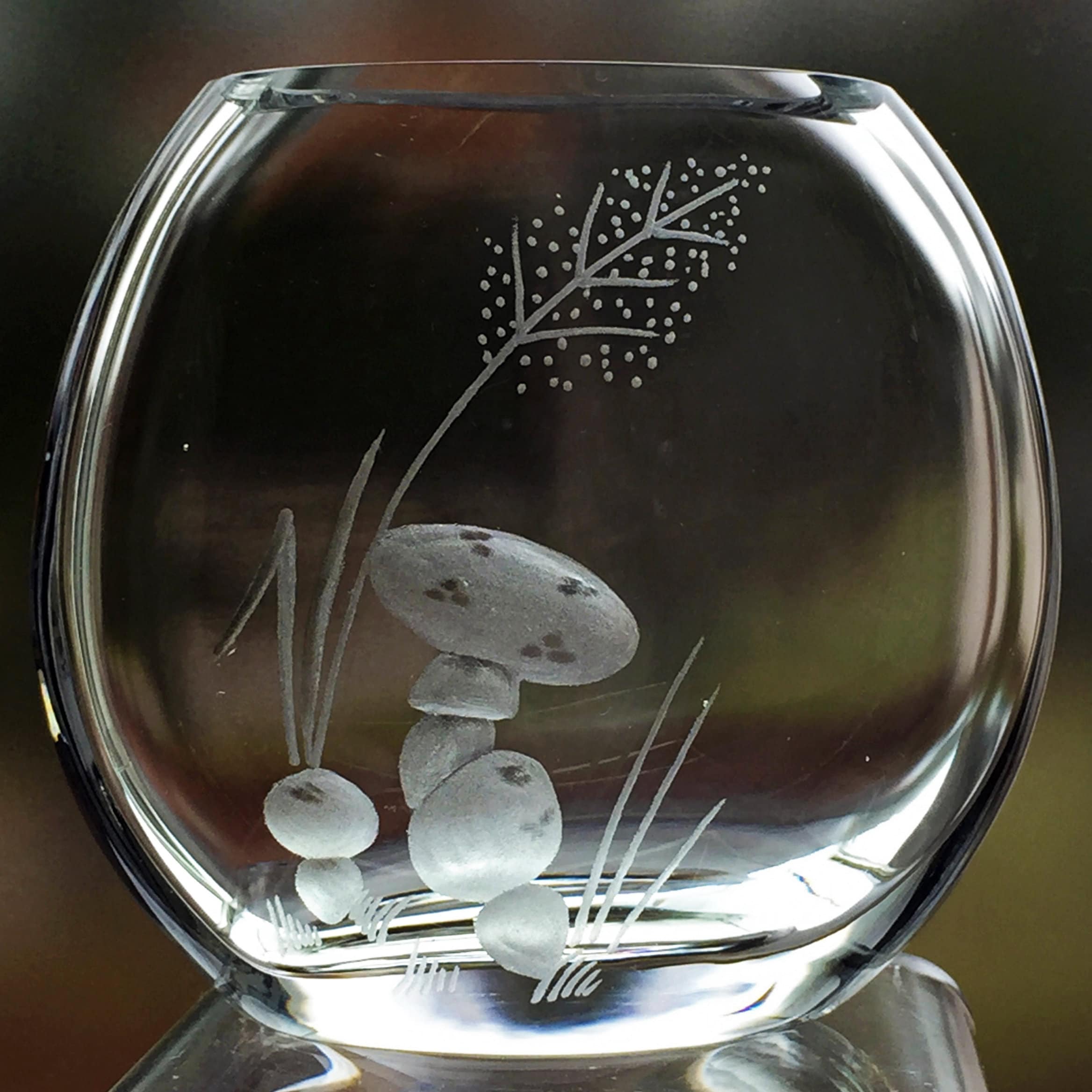 This vintage glass vase from the 1960's is adorned with the image of plump woodland mushrooms, hiding under some wild foliage. The form and design has simple, clean lines, a favorite shape used by Ekenäs. The glass is blown by hand (and mouth) and copper-wheel engraved, and signed with the company name and Sweden.

Mushroom picking, a popular autumn activity in Sweden, has only been around for a few hundred years. It became popular when France’s Jean-Baptiste Jules Bernadotte came to Sweden in 1810 after being elected the successor to the Swedish throne and adopted by Sweden’s King Karl XII. When Jean-Baptist (now renamed Karl XIV Johan) came to the throne, his mushroom foraging ways were taken to the collective Swedish bosom, which was suffering from famine at the time.