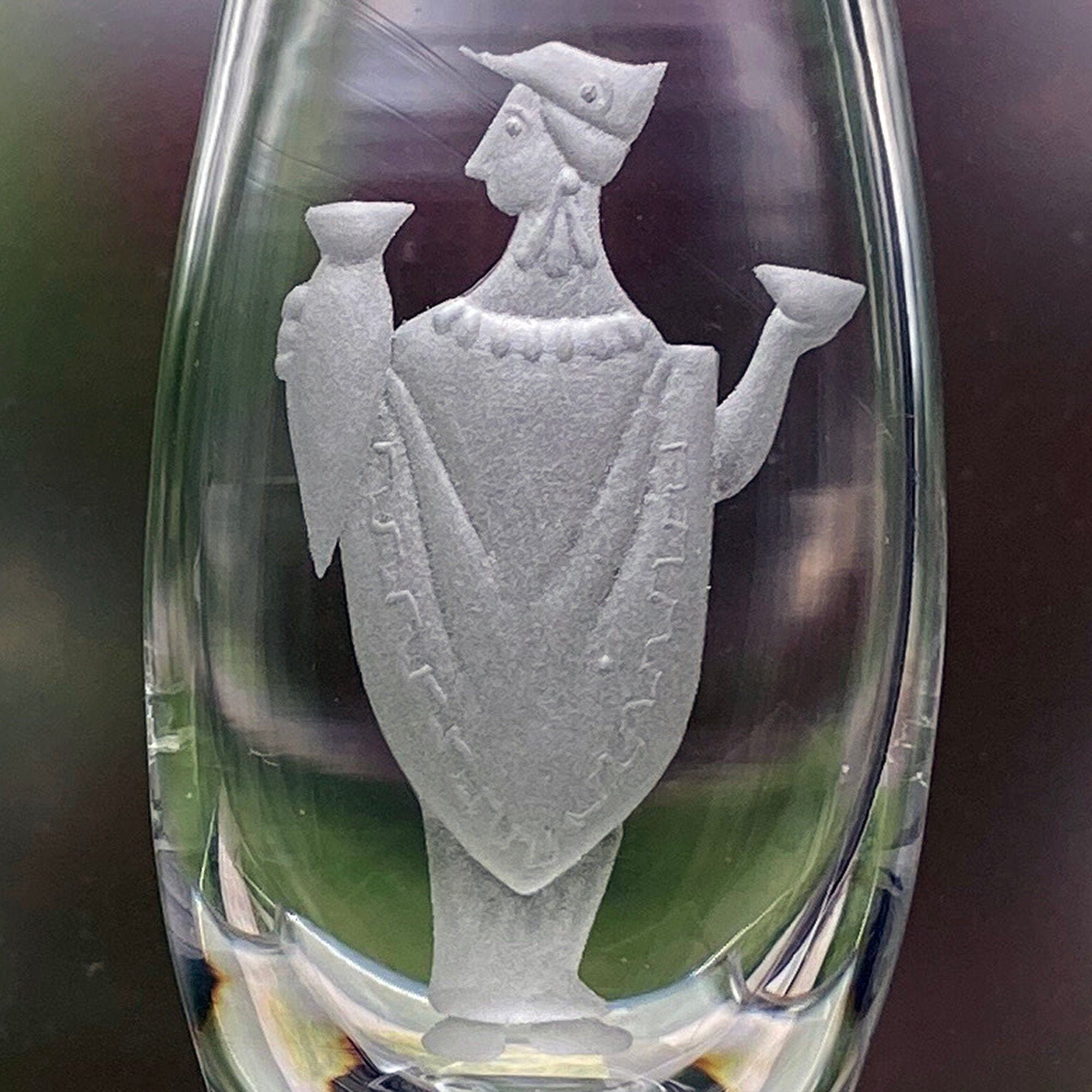 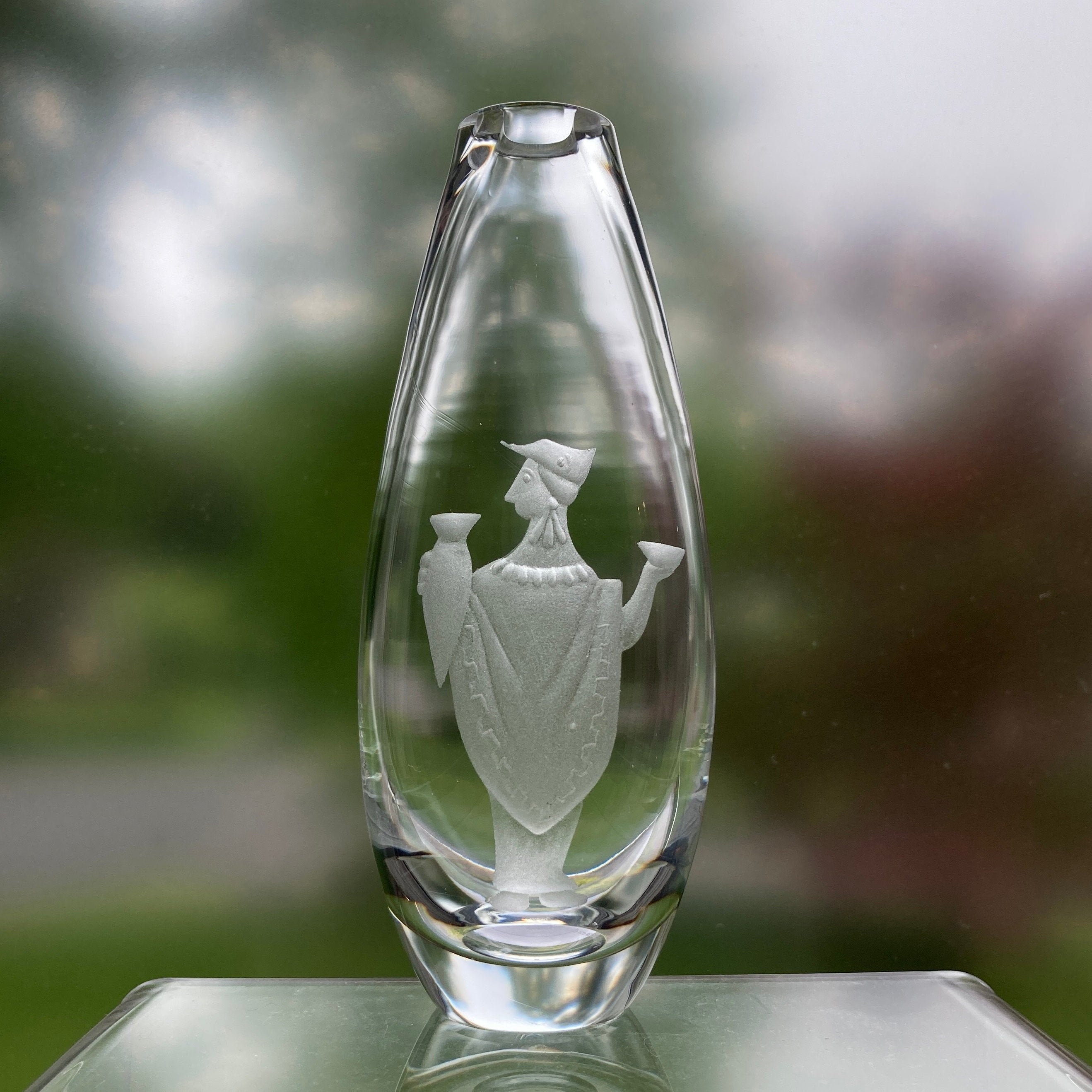 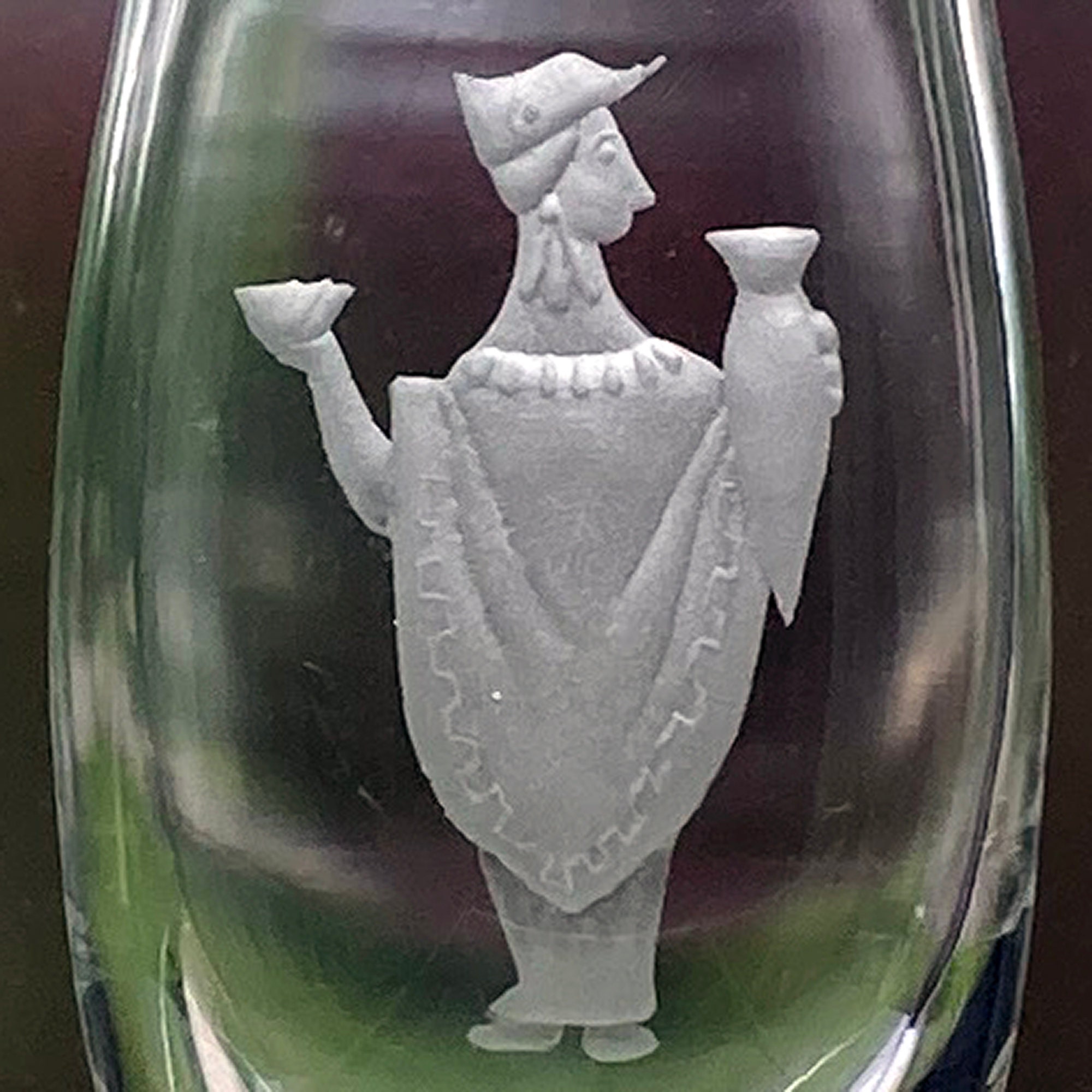 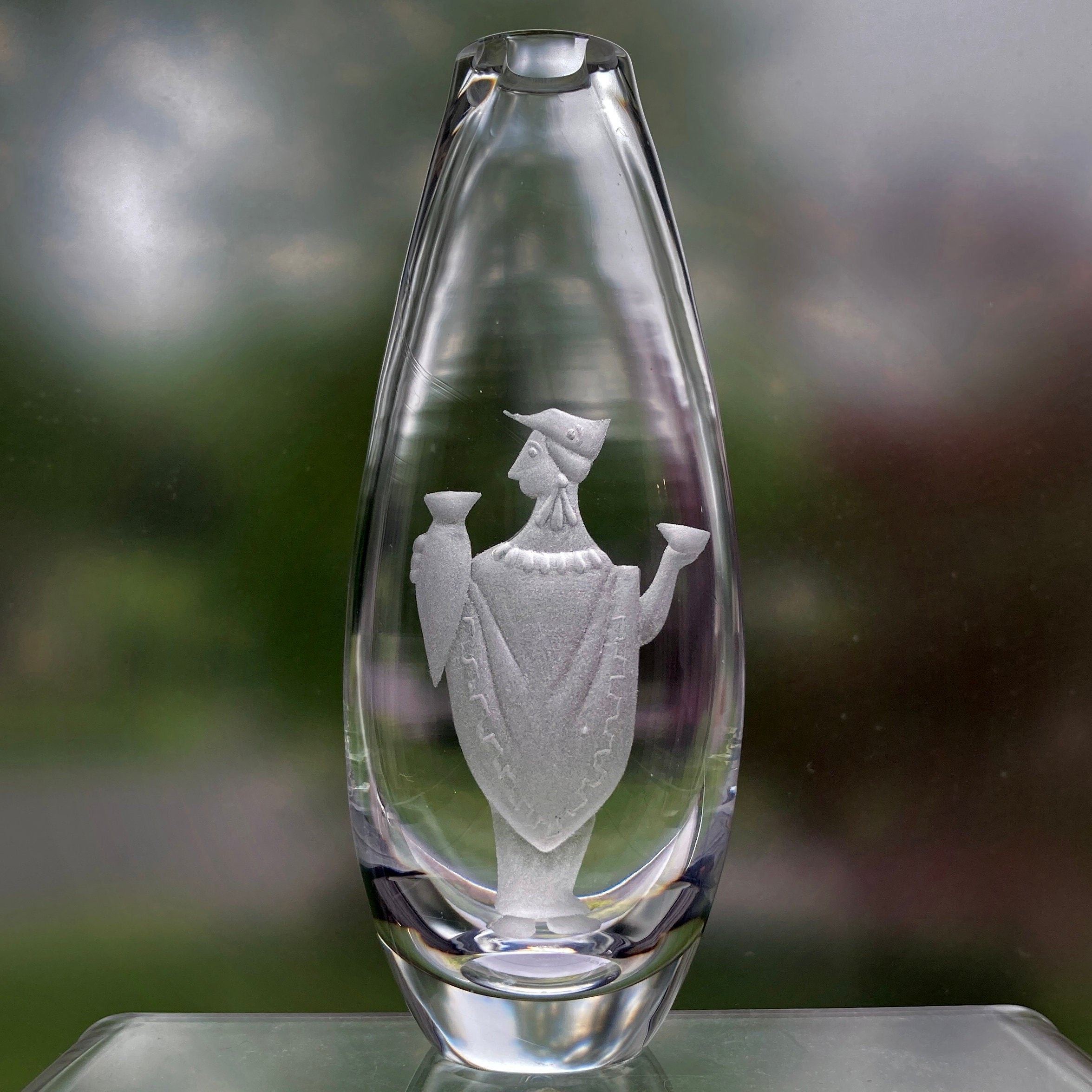 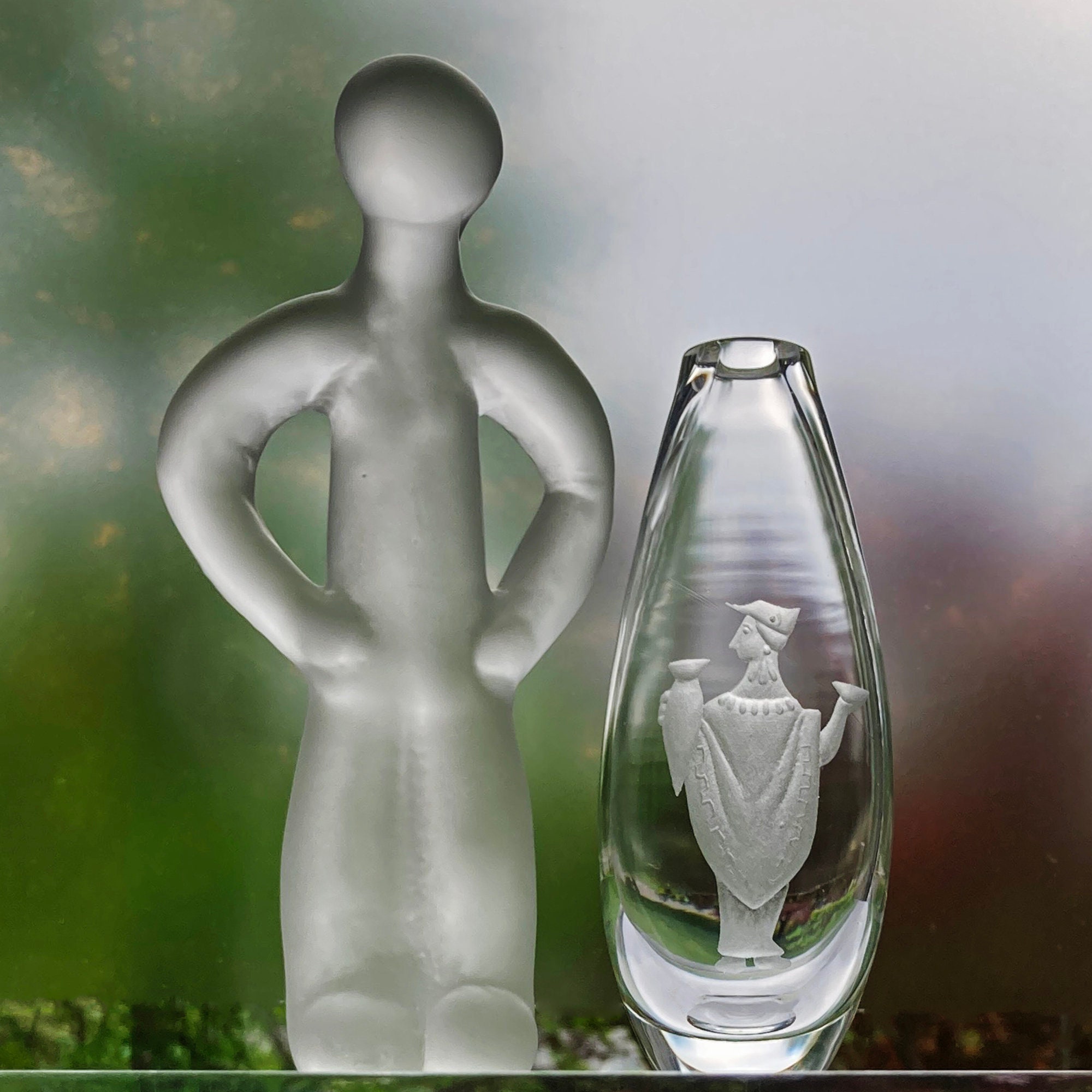 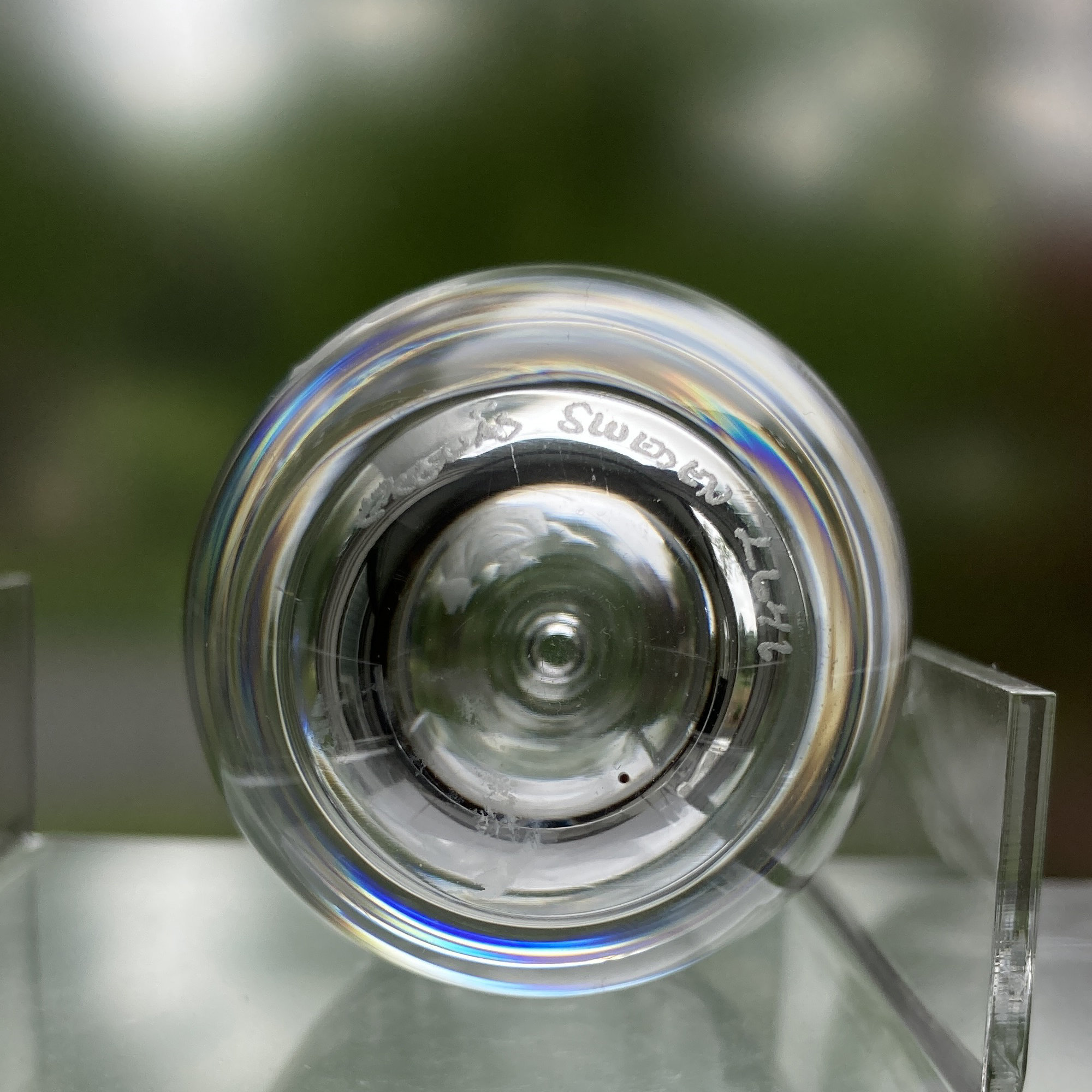 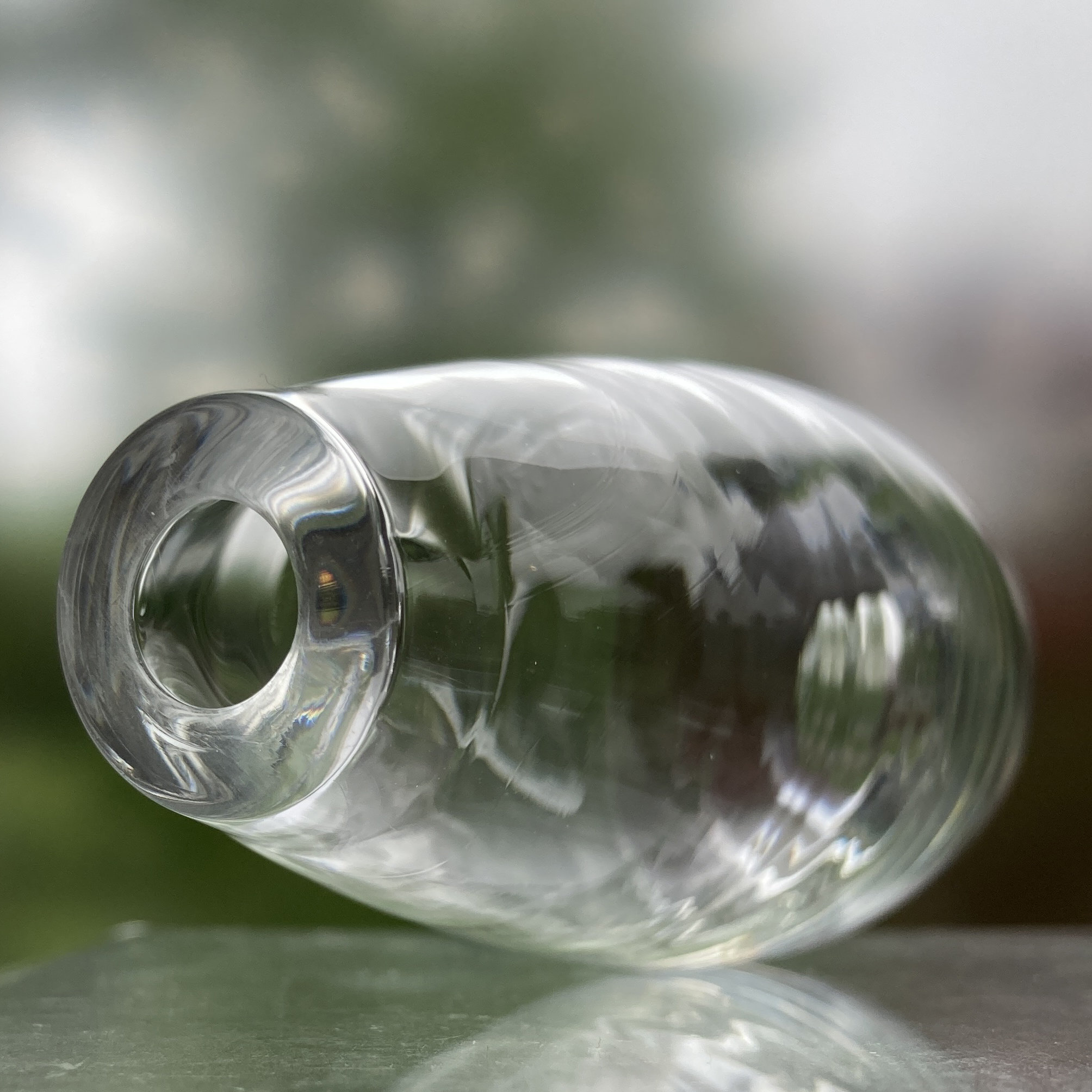 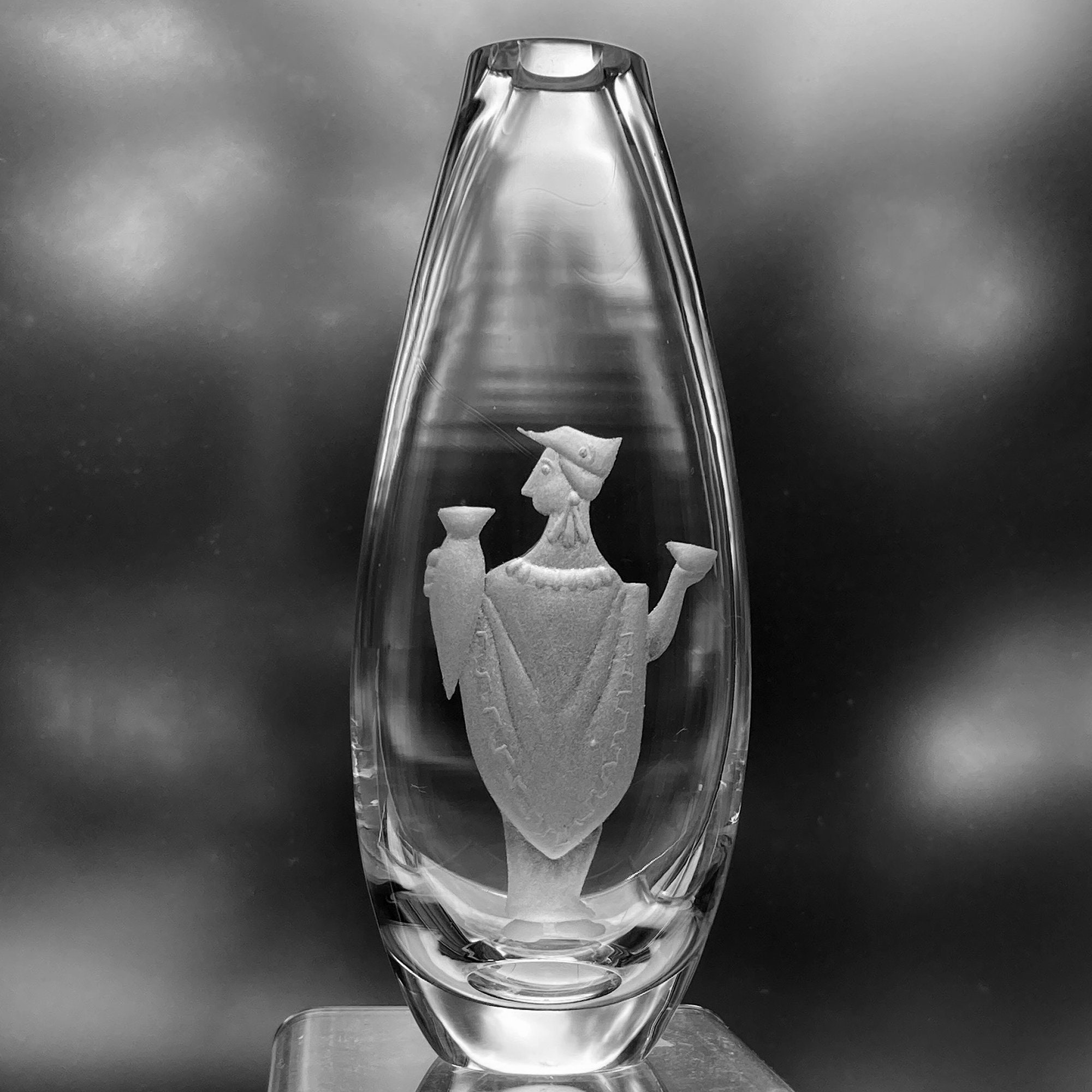 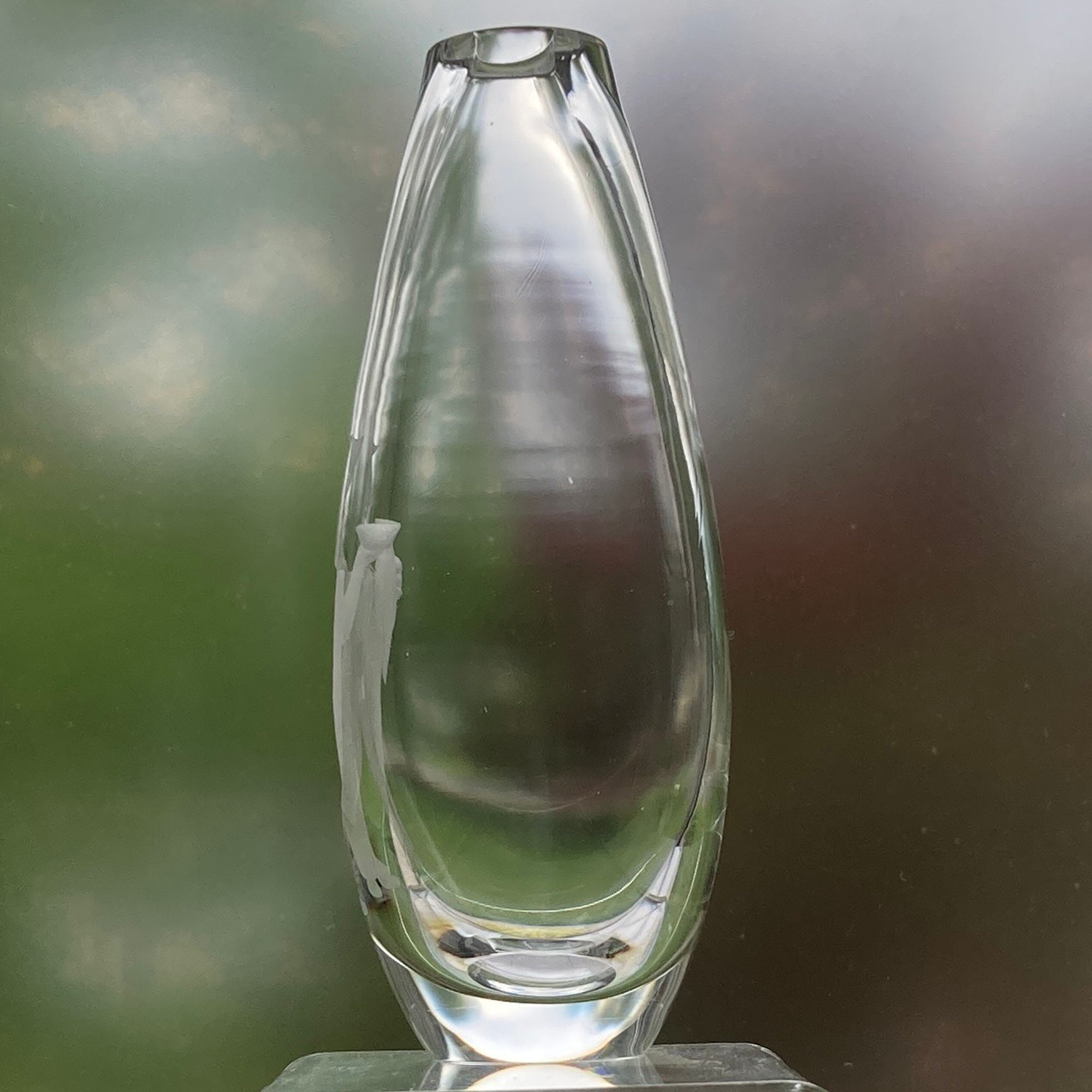 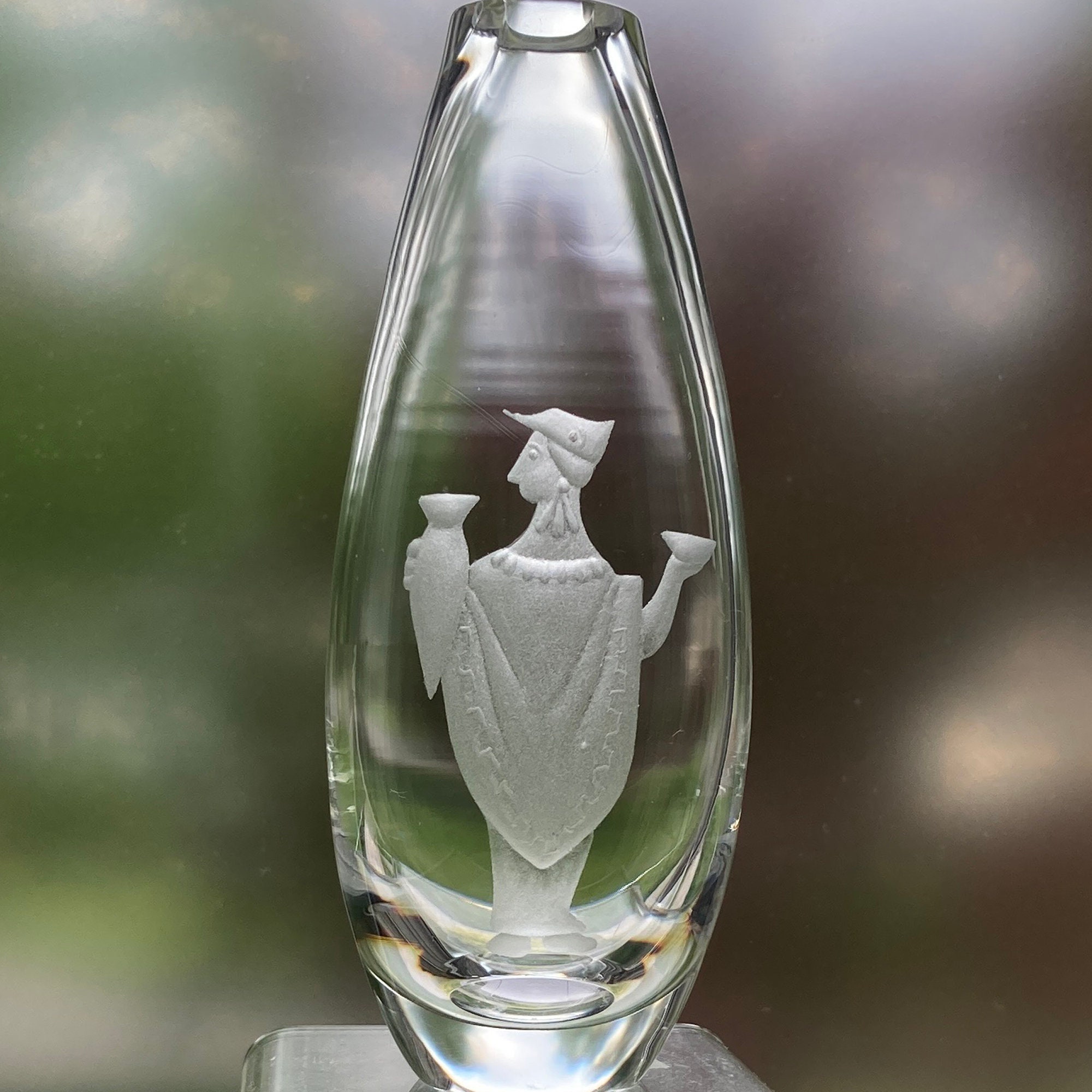 This vintage glass vase from the 1960s is adorned with the image of a man in a tunic, trimmed in a Greek Dentil pattern. On his head is what may be a theater mask, and he holds an amphora (of wine?) with one hand and a cup with the other. He may be an actor in a Greek theater, or he may be Dionysus, the Greek god of fertility, wine, and revelry.

The petite vase has simple, clean lines, a favorite shape used by the designer, John Orwar Lake, at Ekenäs. The glass is blown by hand (and mouth) and copper-wheel engraved, and signed Ekenäs, Sweden, L642. A sweet little vase, it is about 1.5" in diameter and 5.5" tall, and it is in excellent condition.