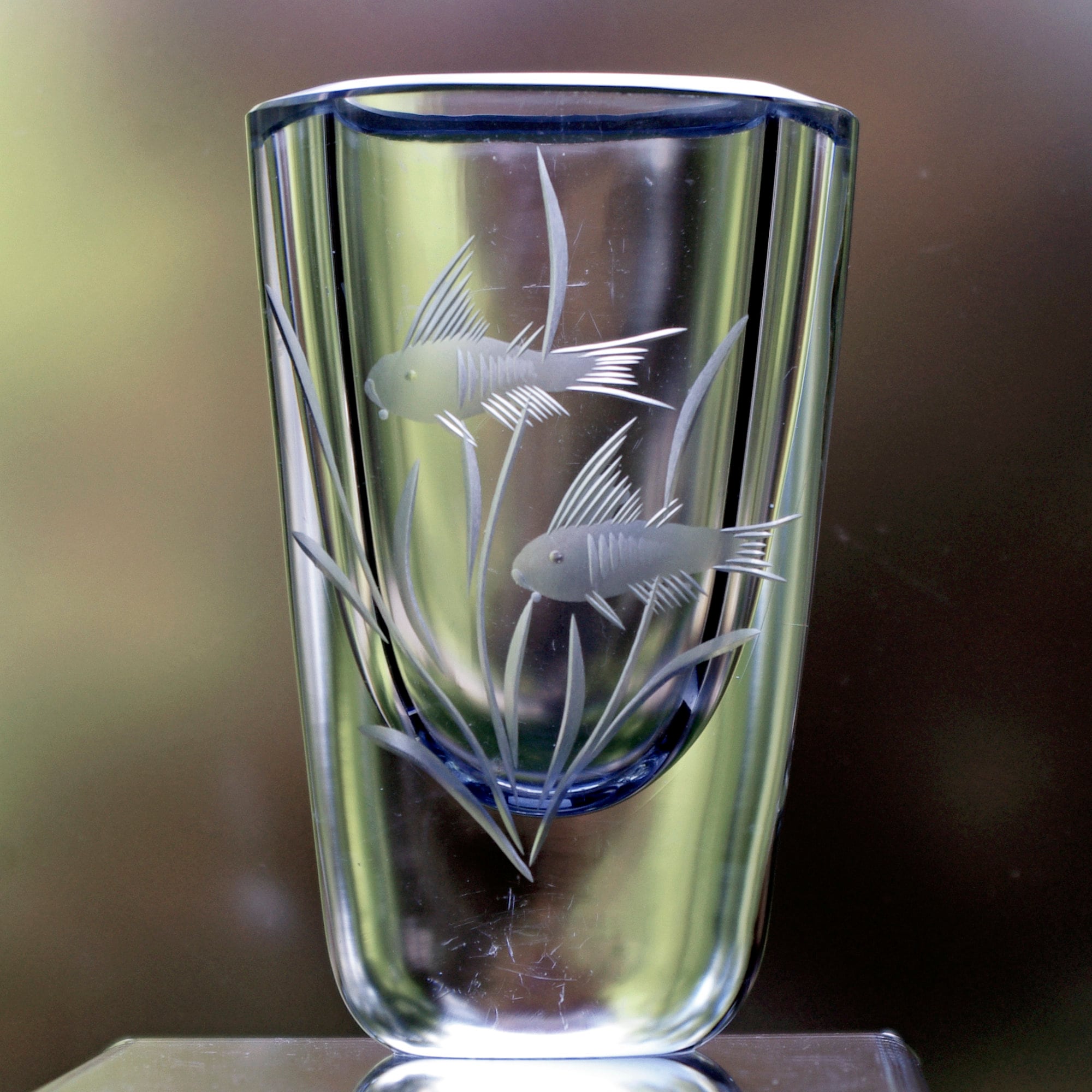 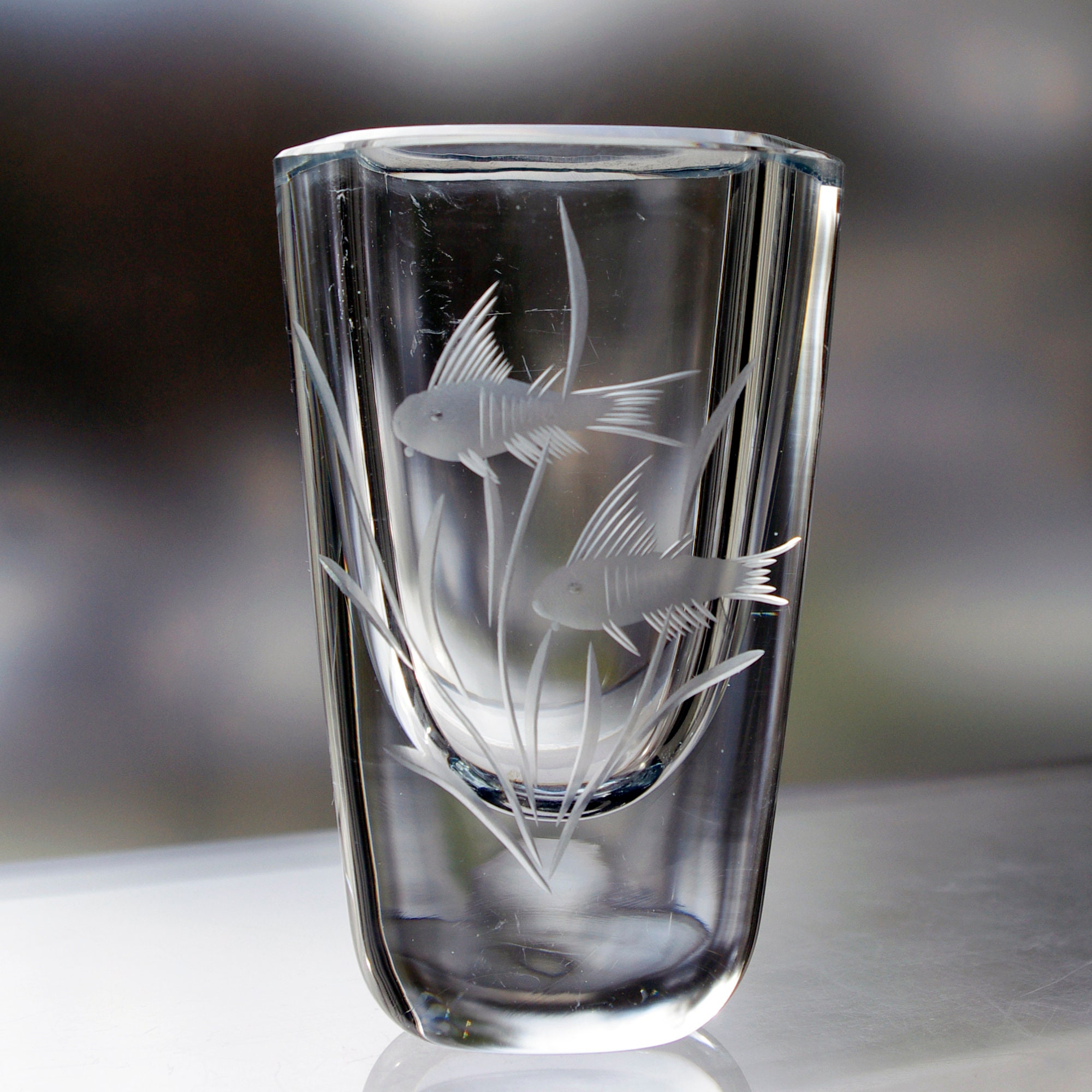 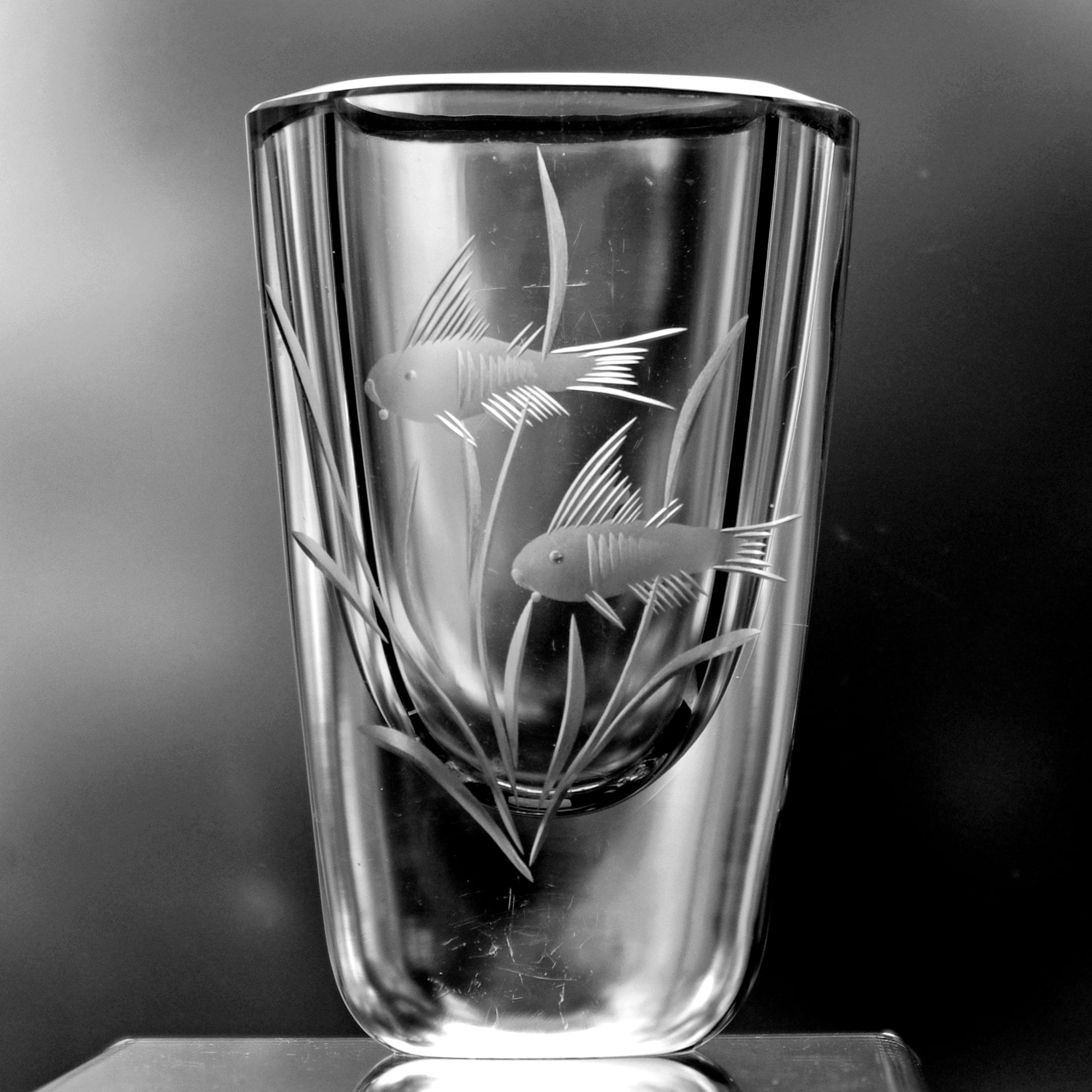 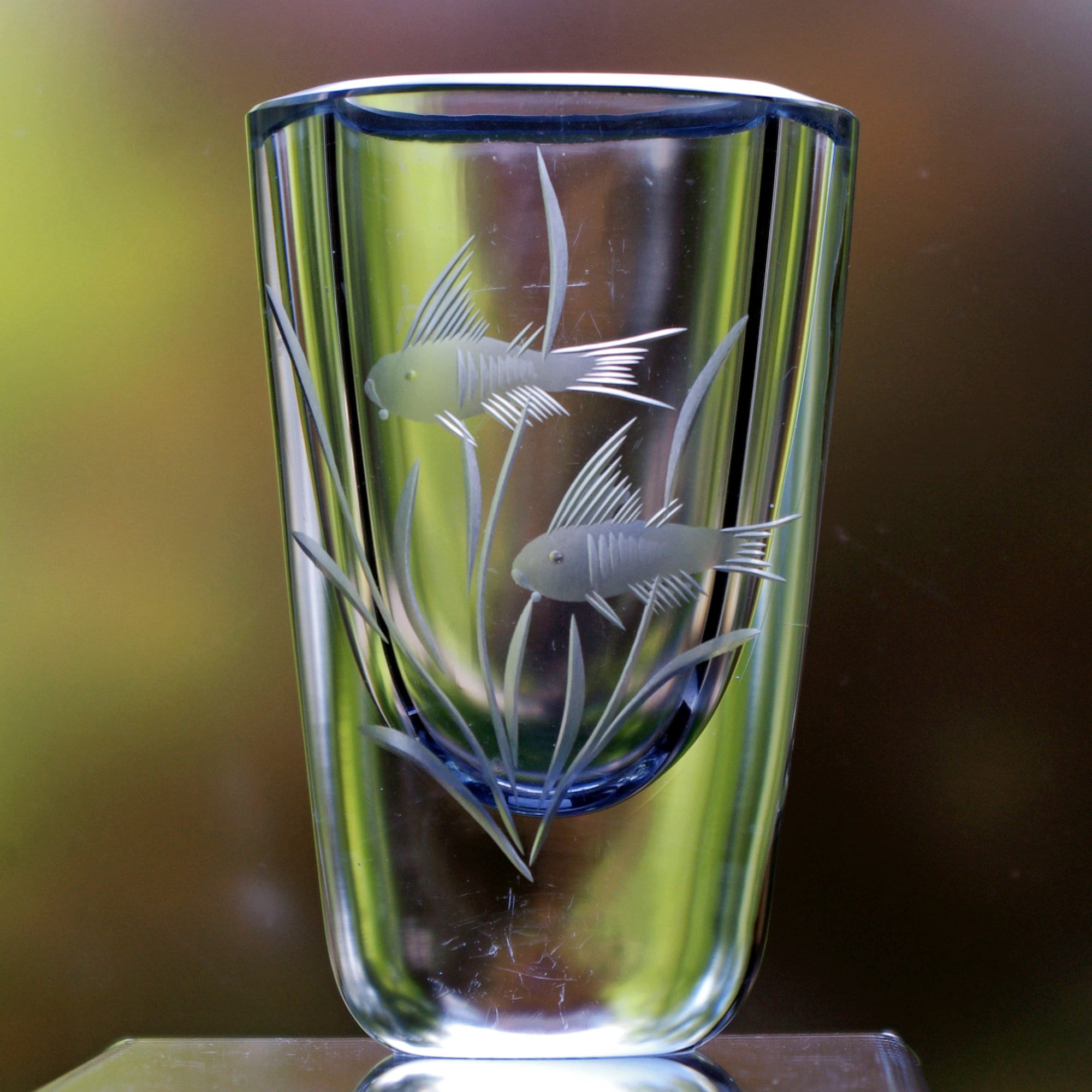 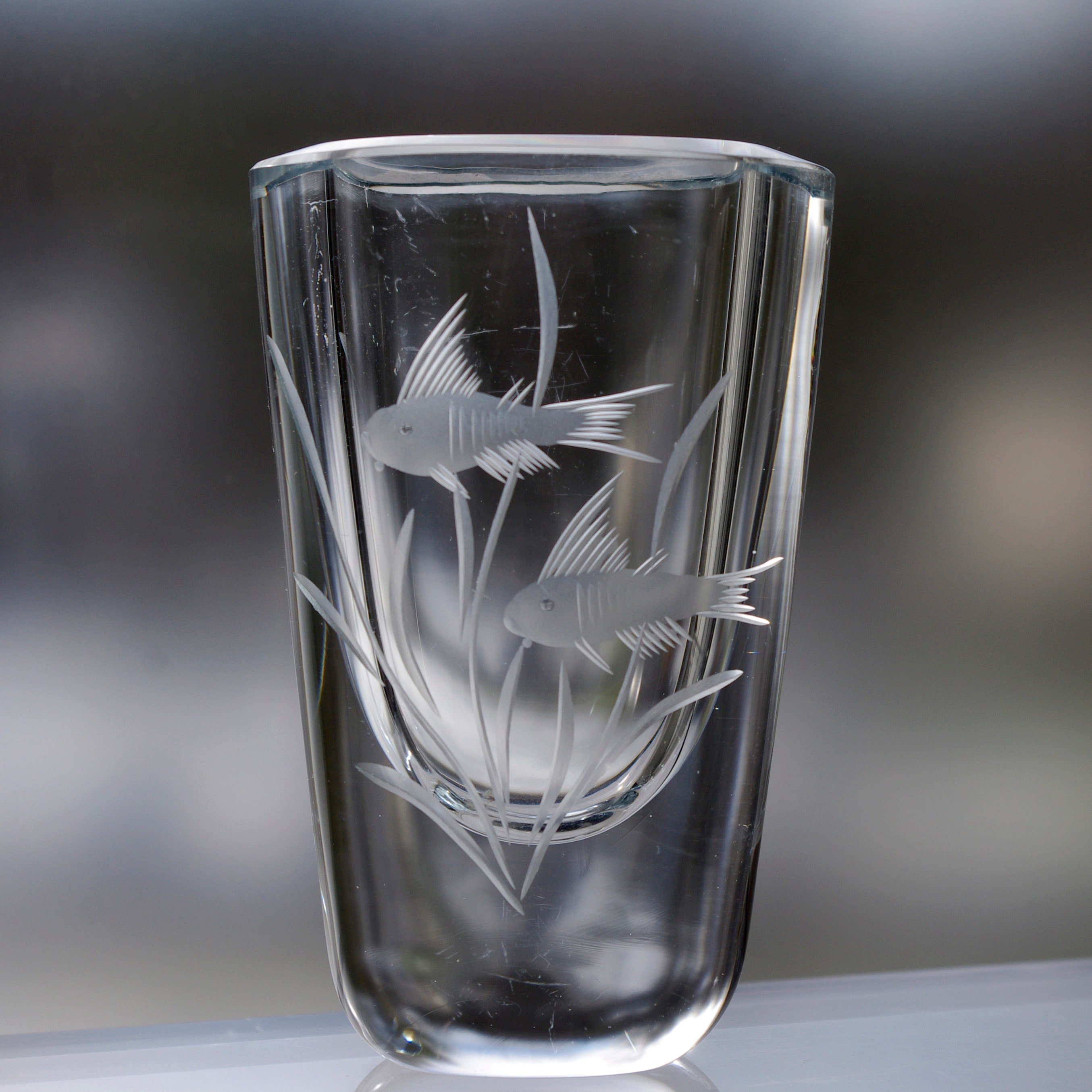 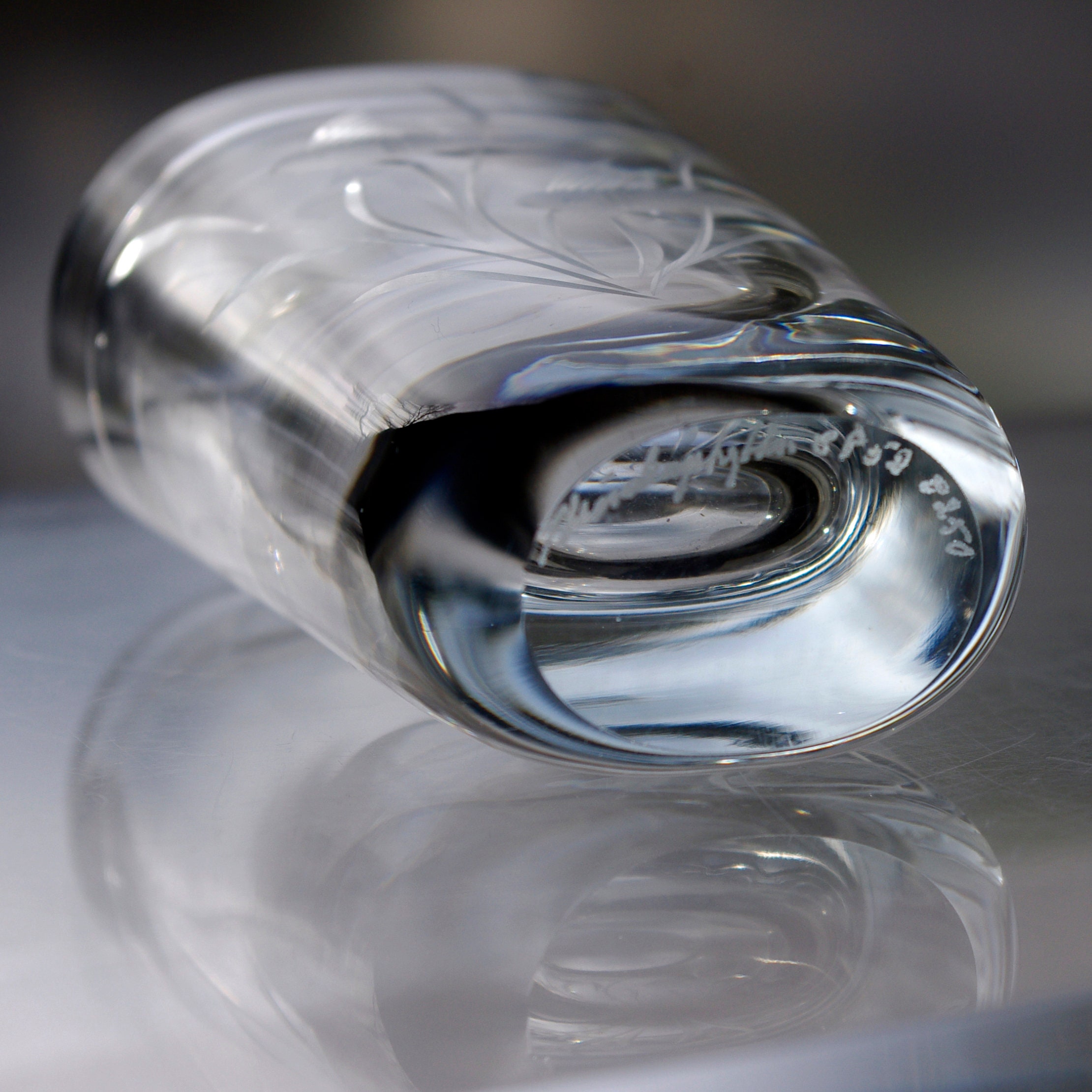 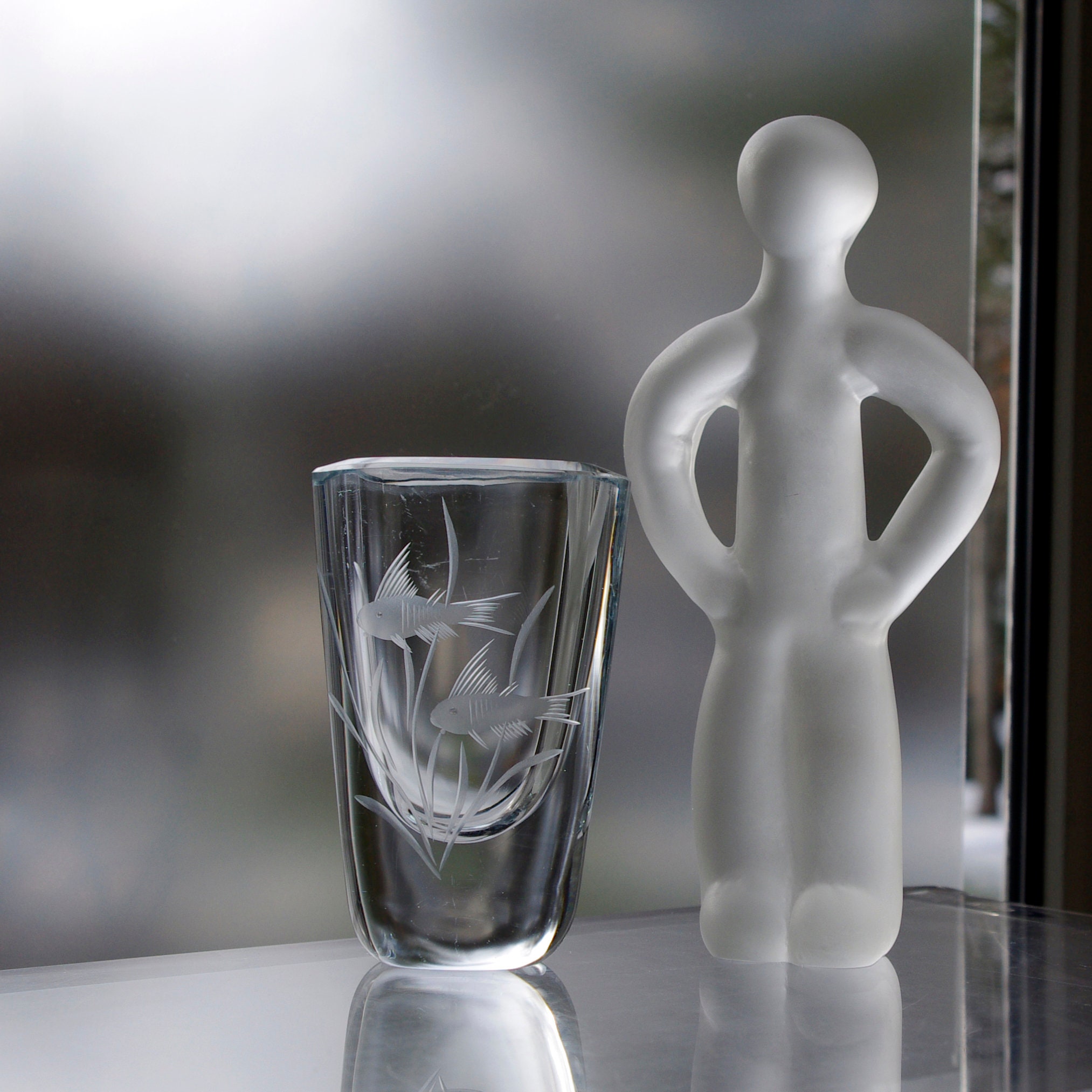 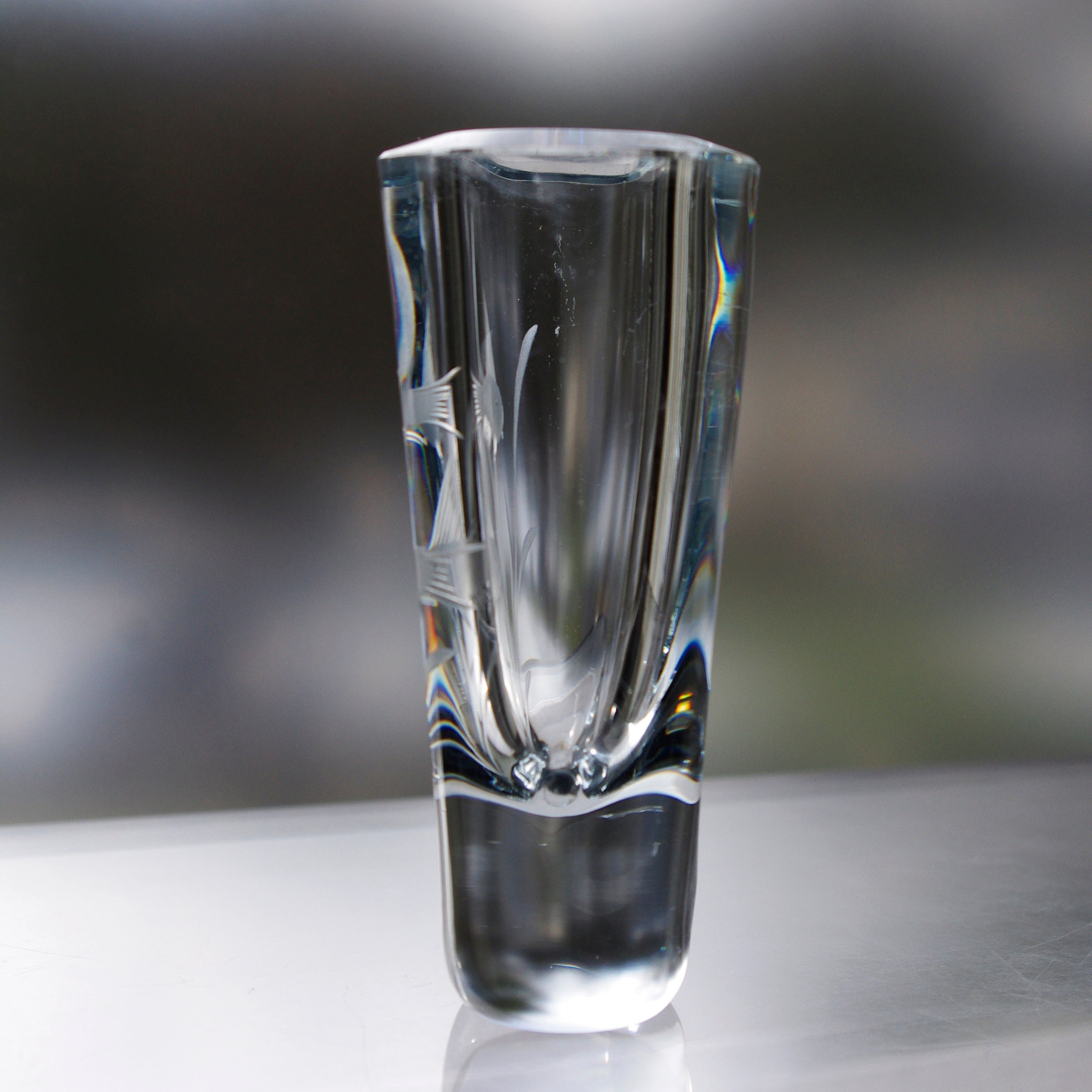 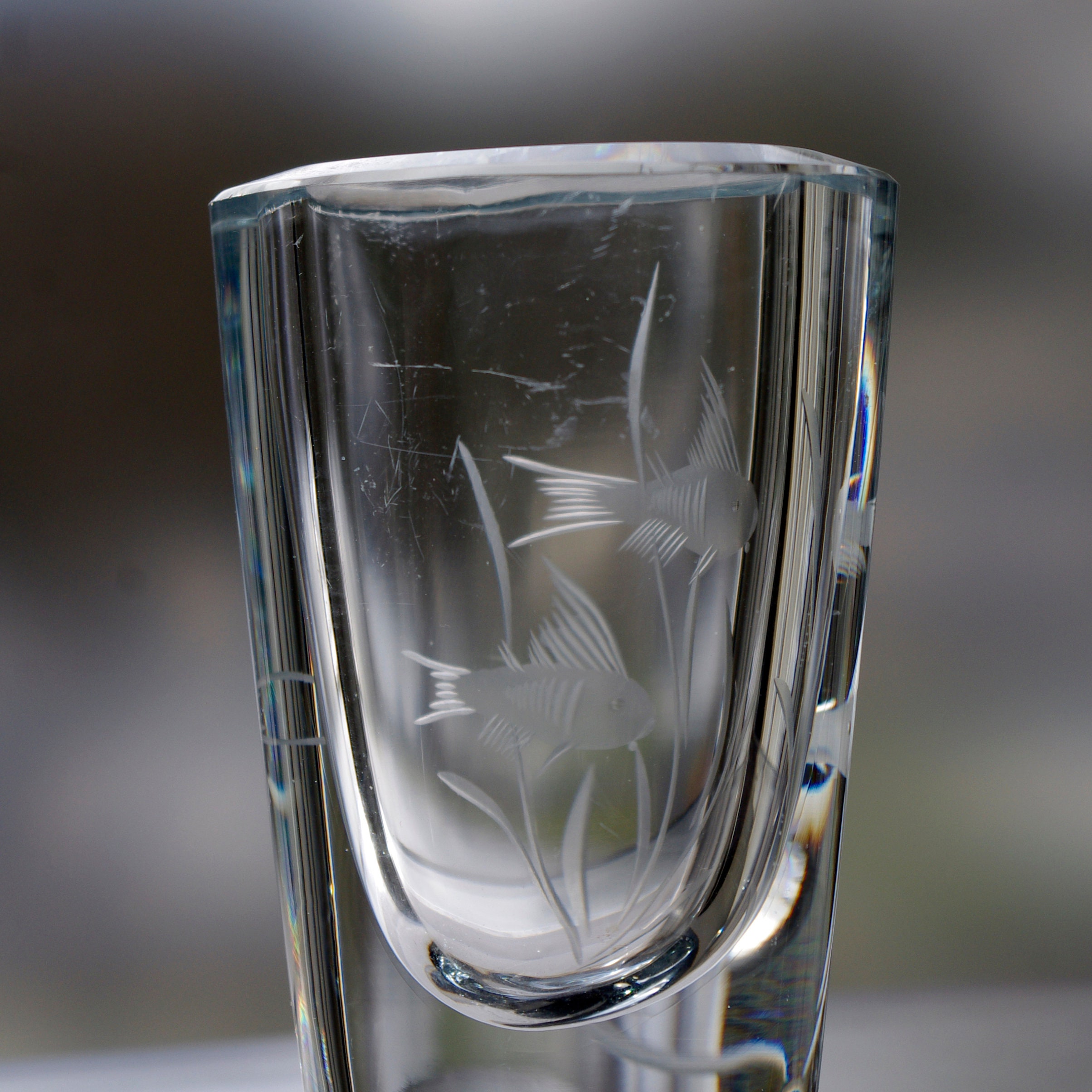 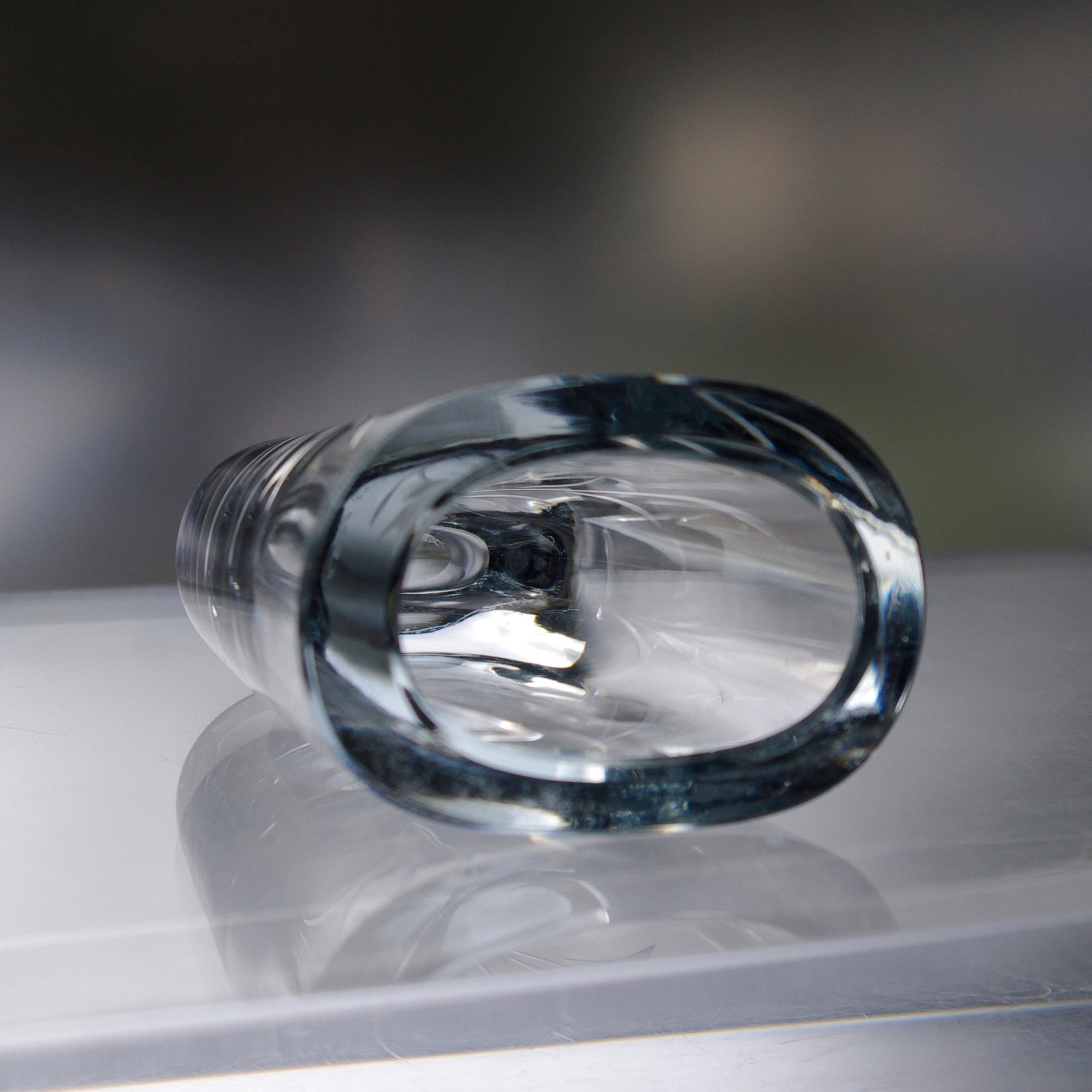 This is a great little vase, hand blown and copper-wheel engraved at Strömbergshyttan in Sweden, in the 50s. It depicts a pair of fish swimming in the lake grasses. The vase is 4" high and 2.5" wide, and it is in good condition, with only a few light scratches as expected for its age. It was most likely designed by artist, designer, and company owner, Gerda Strömberg.