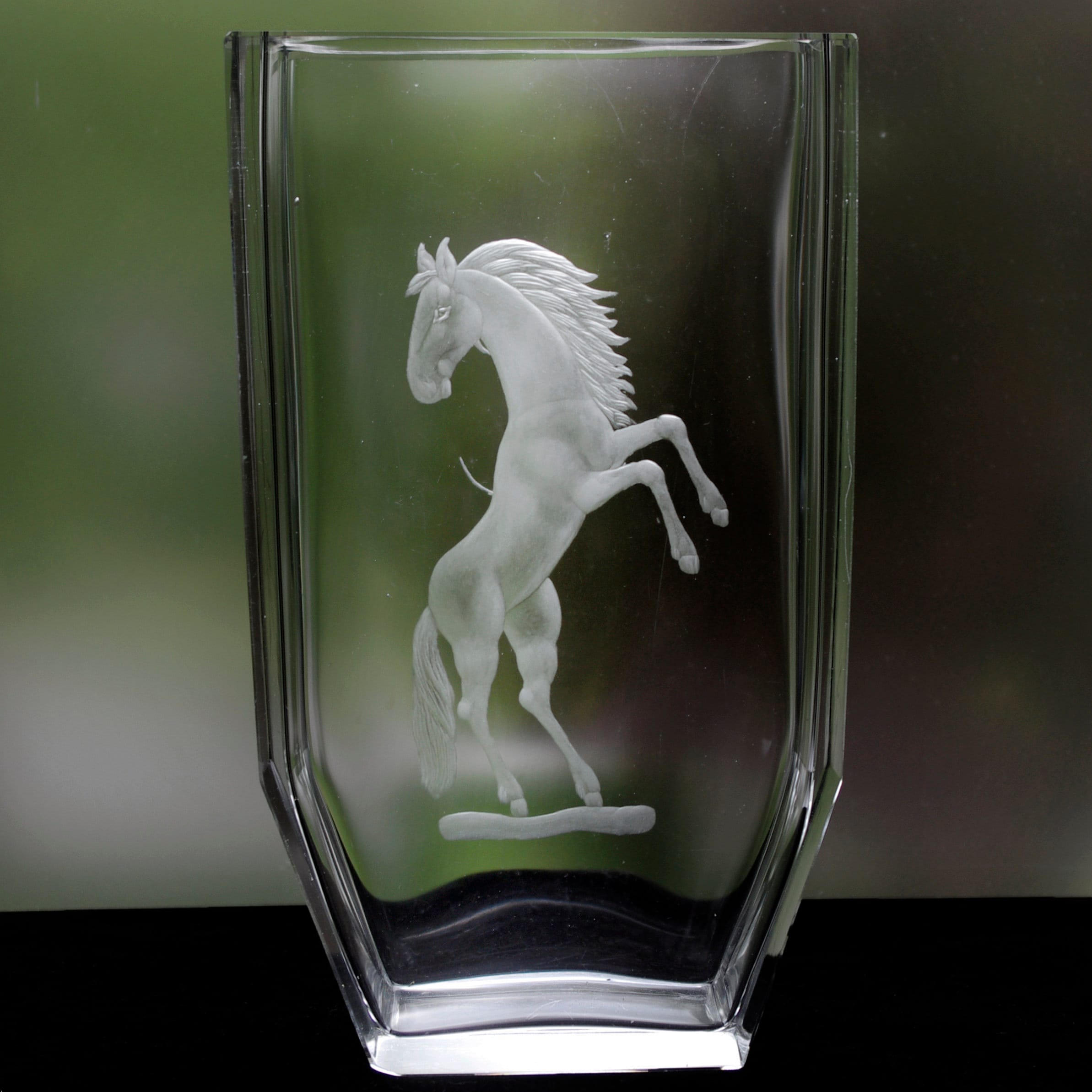 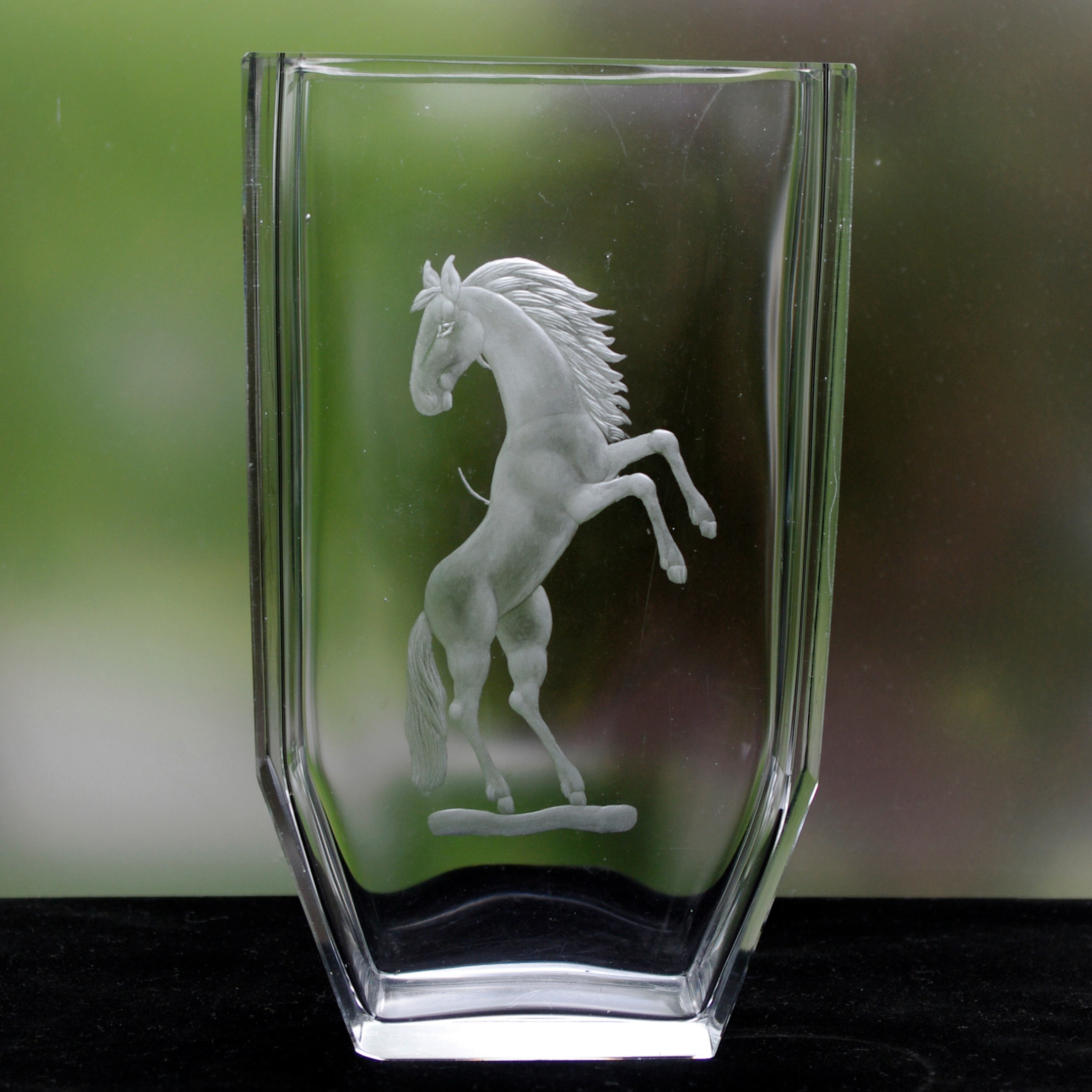 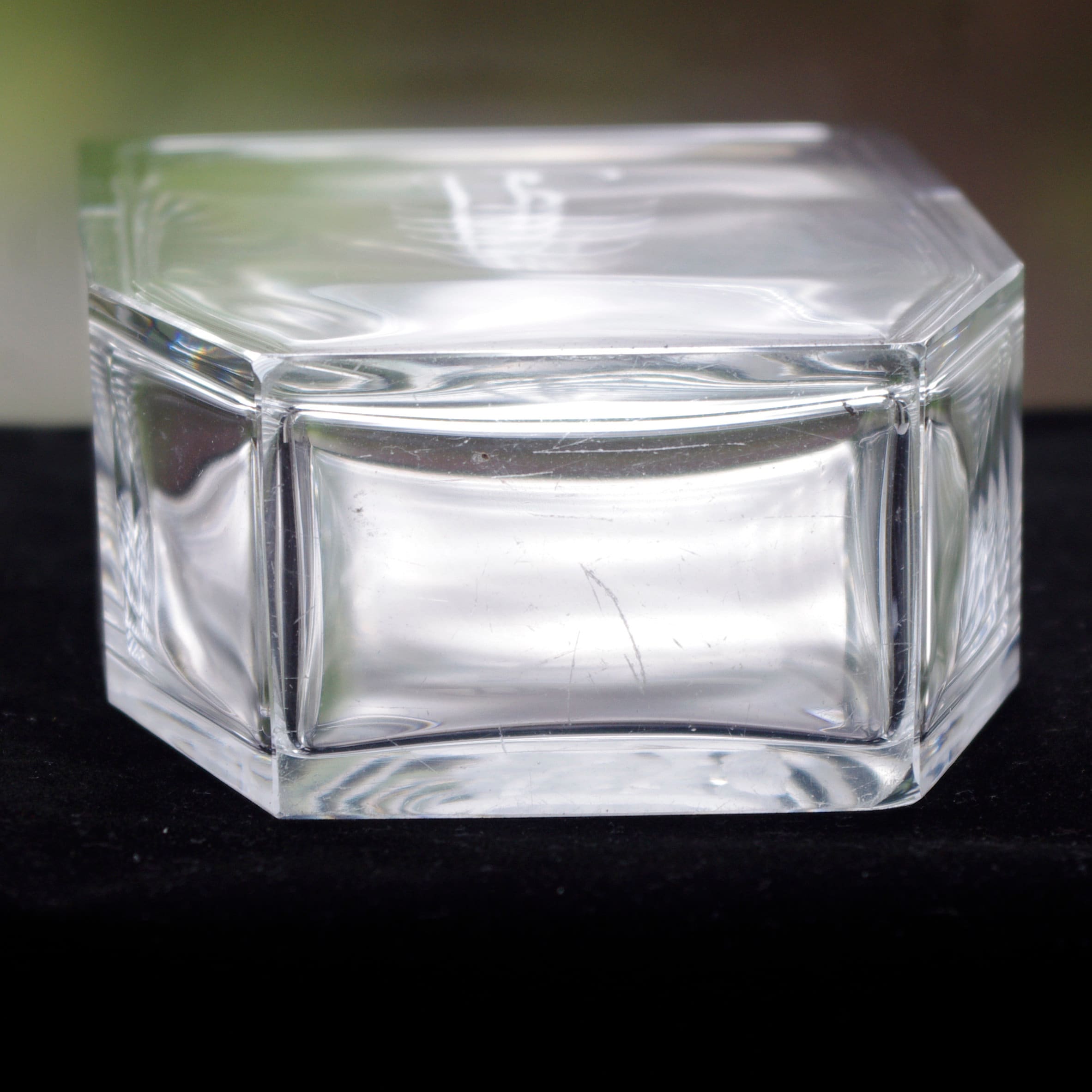 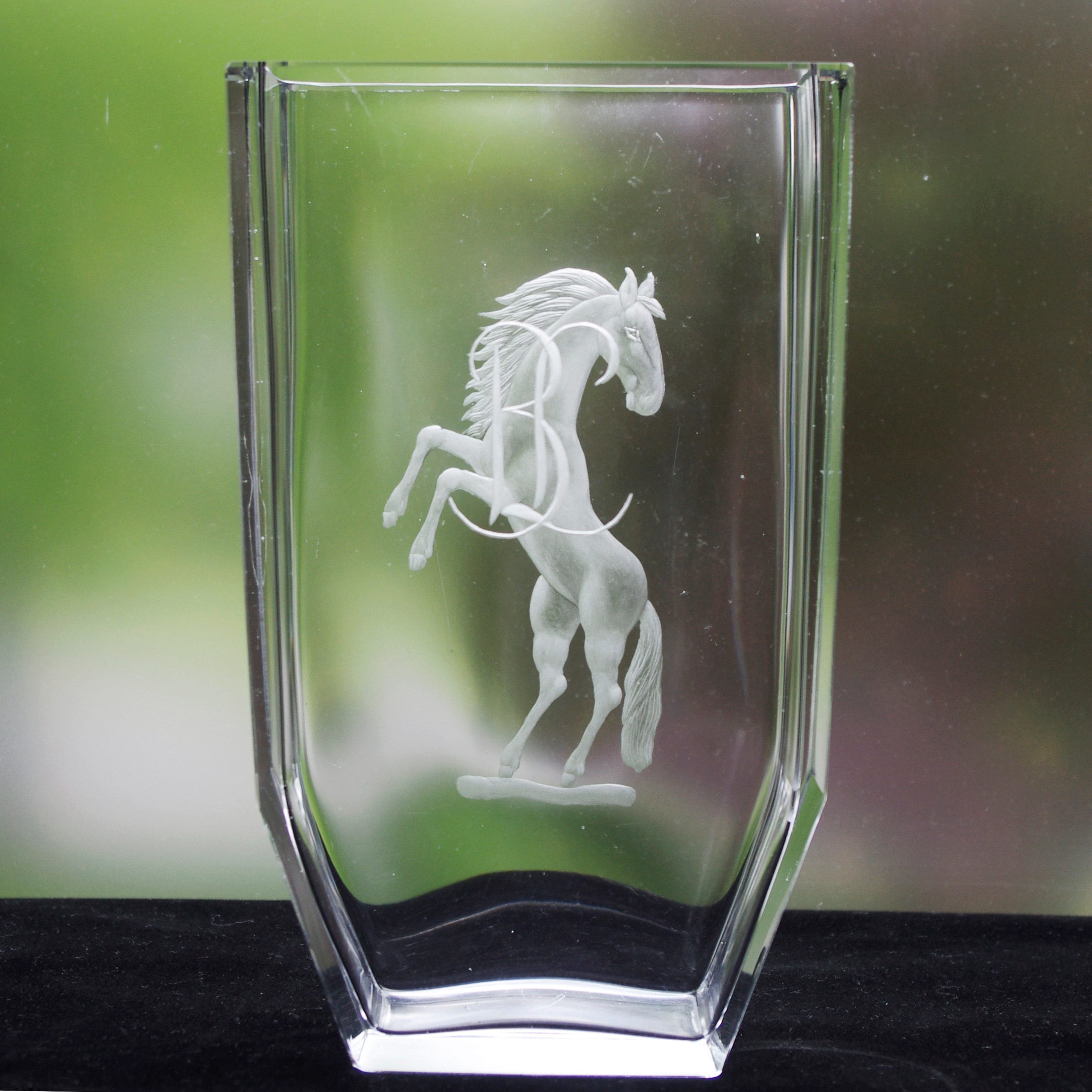 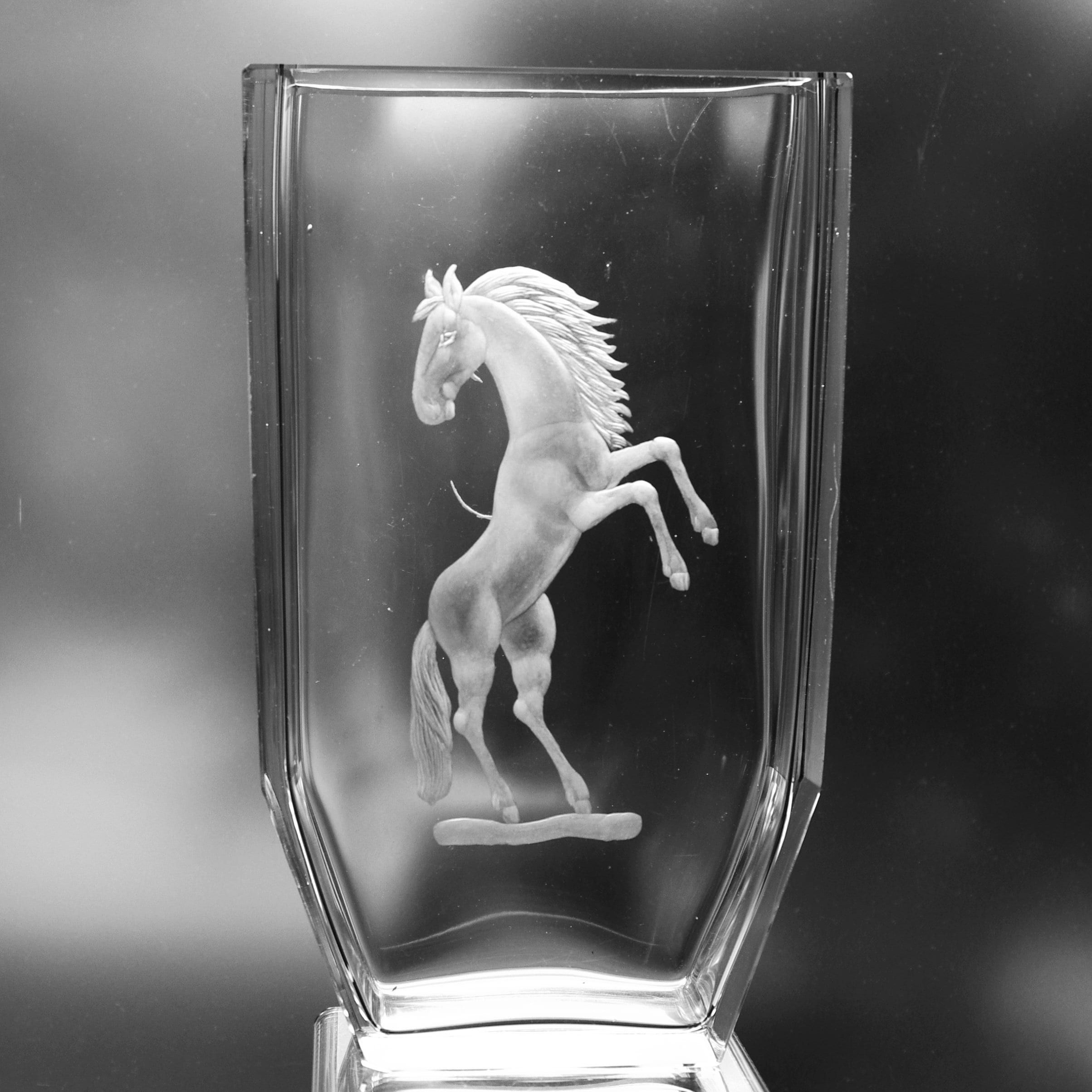 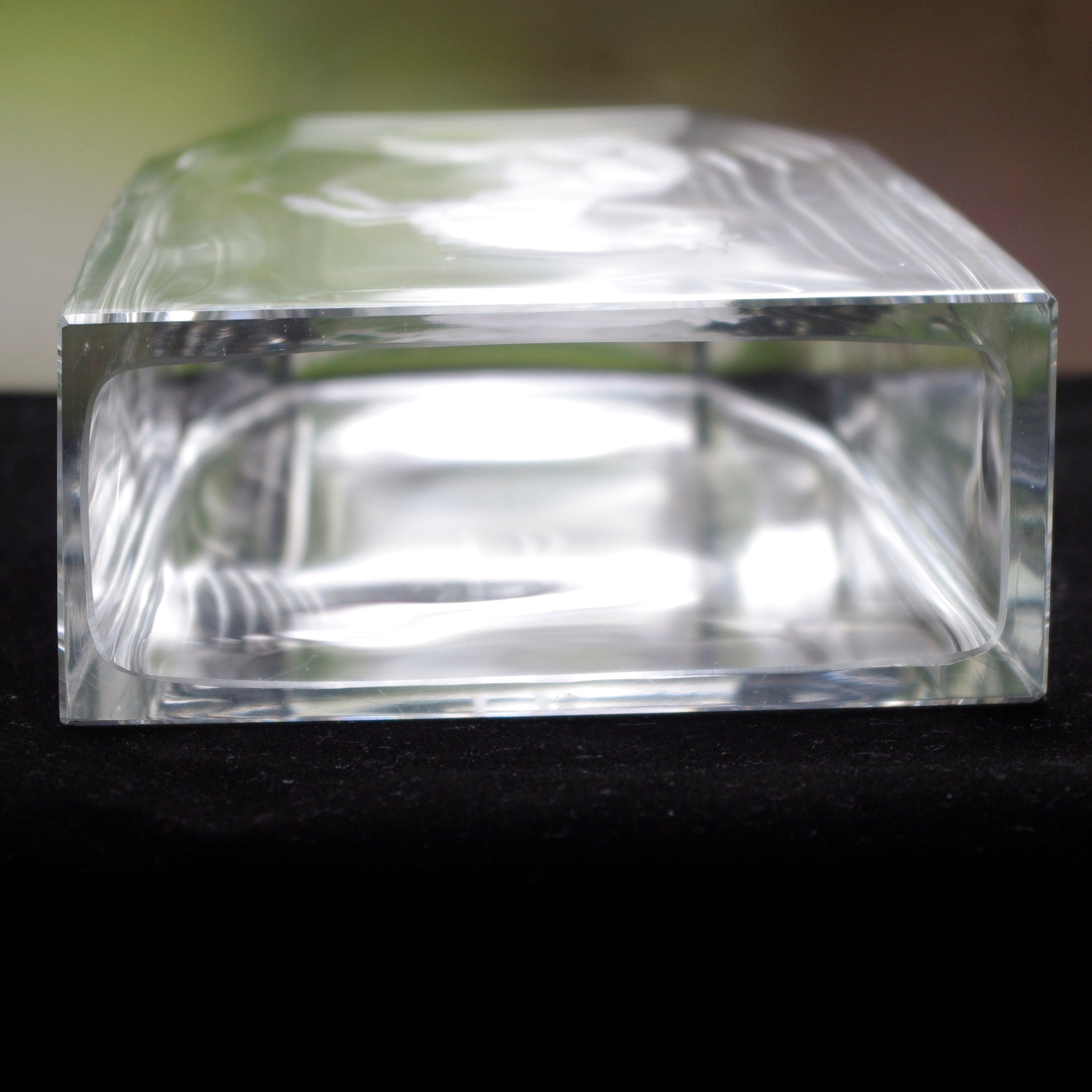 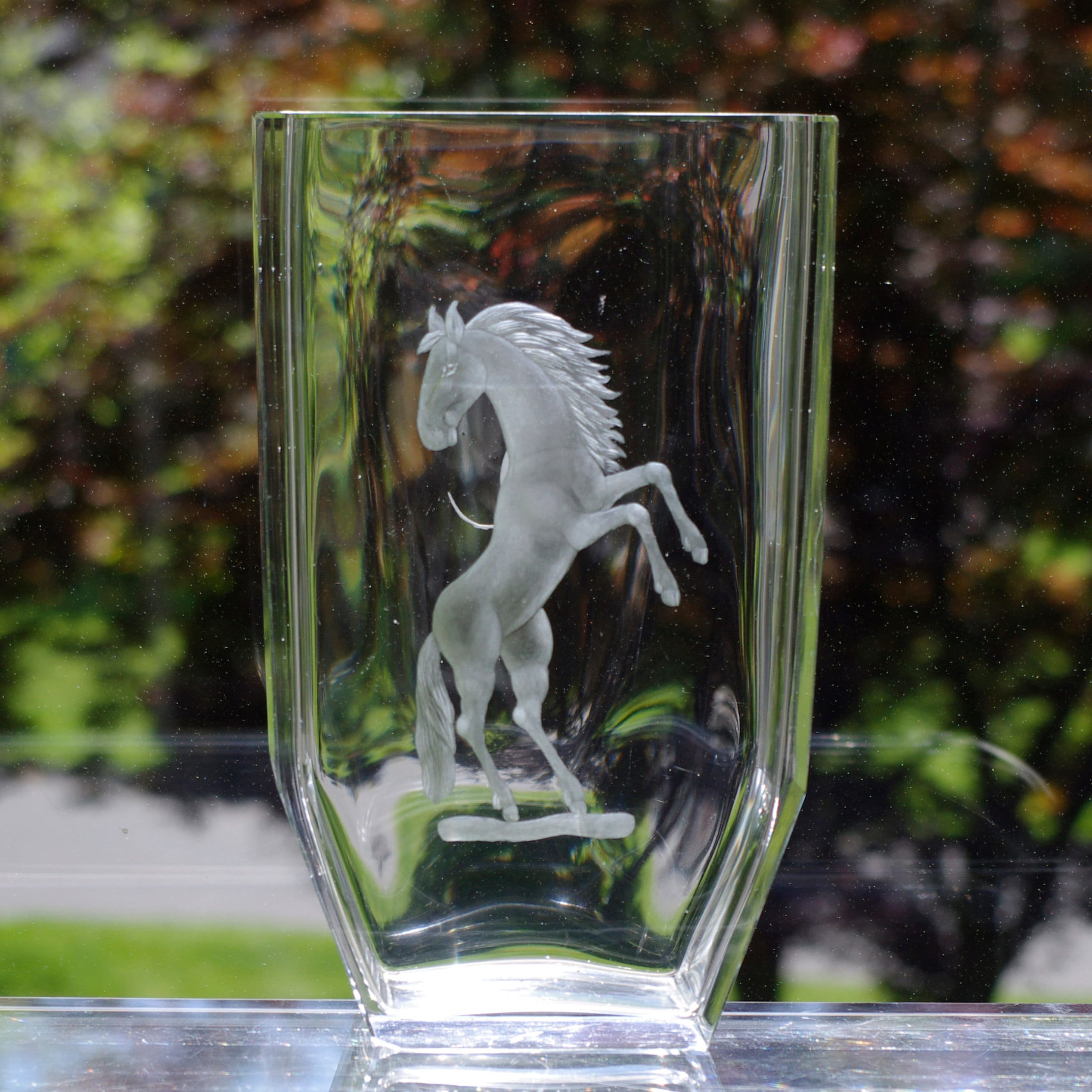 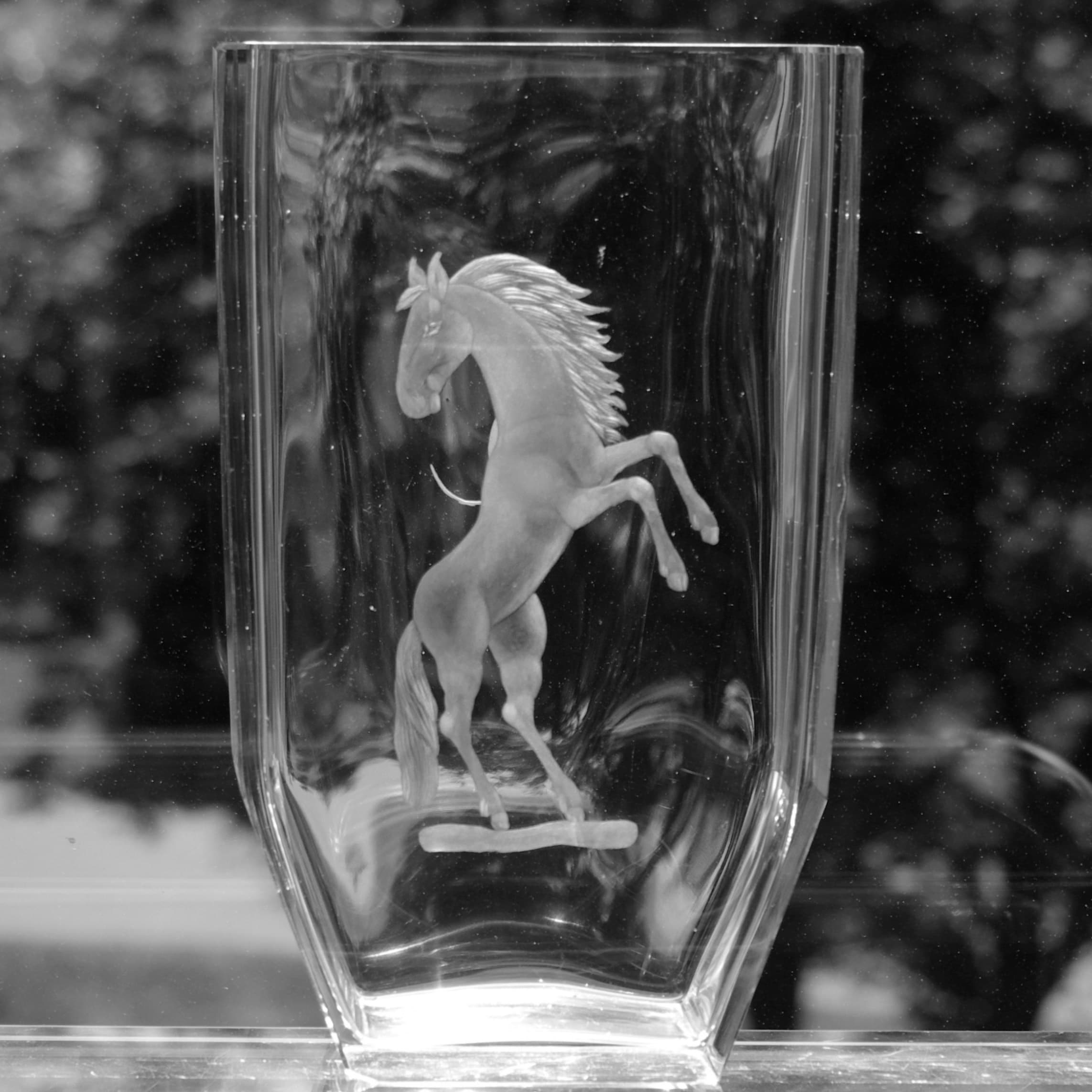 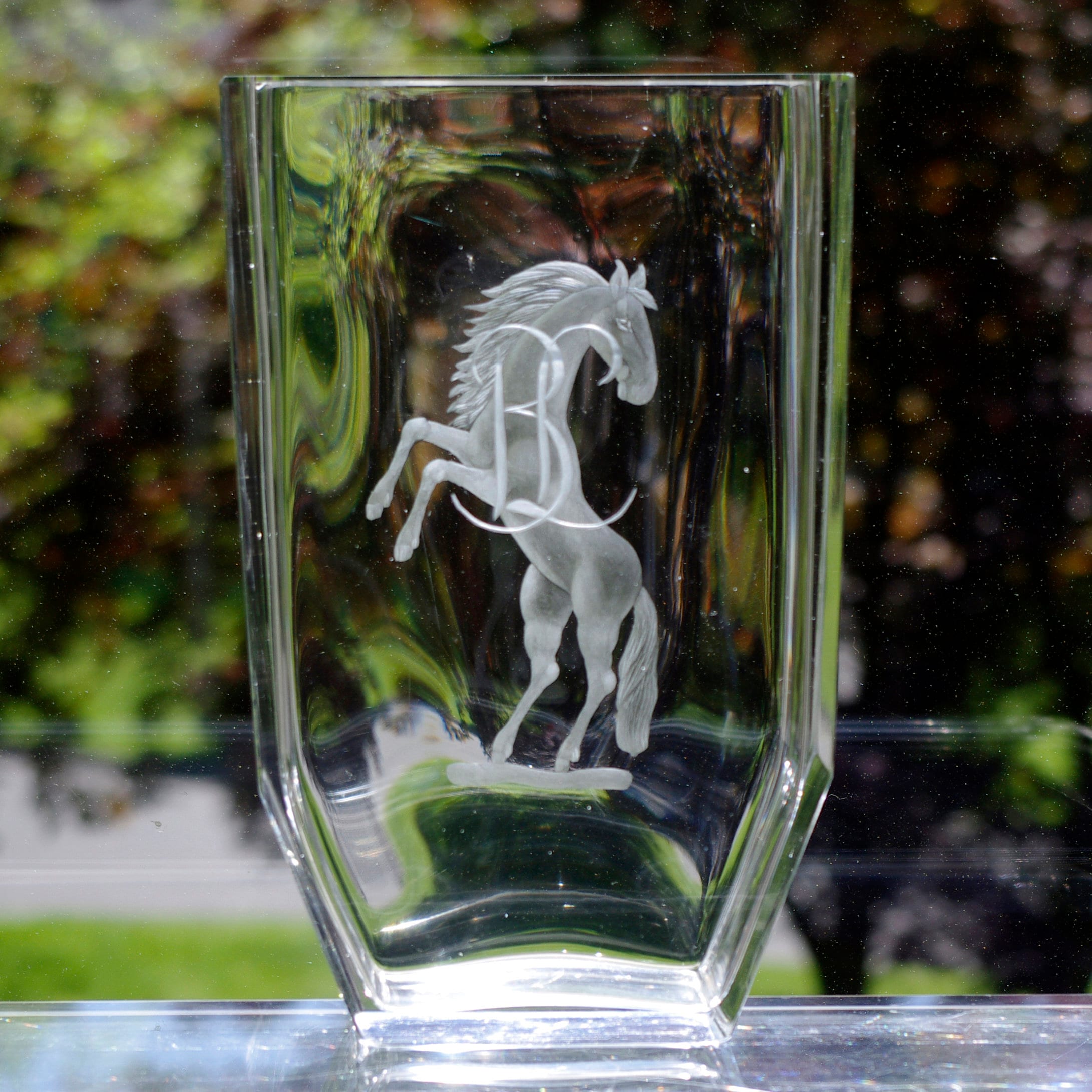 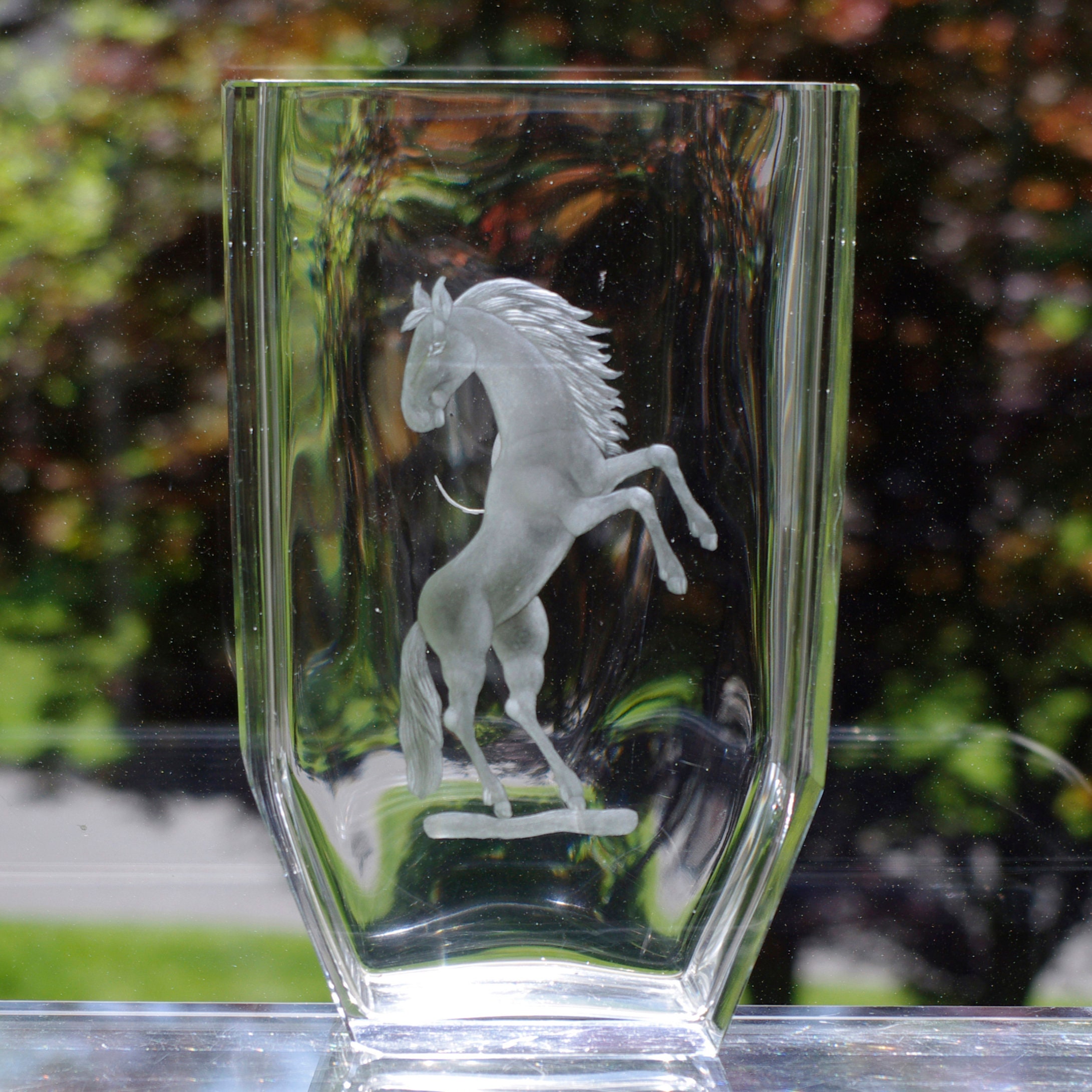 Though not signed, we have every reason to believe that Sven Palmqvist, a leading artist at Orrefors, designed this image of a horse rearing, or standing up on its hind legs with its forelegs off the ground. This is a great size vase for display, 5.5" x 2.5" x 9.5", and it's in great condition. The monogram makes the piece more personal; this was not just a mass-produced vase, it was made especially for "BL." We had and donated a piece in the same shape, engraved with a gymnast, that was probably made as an award.