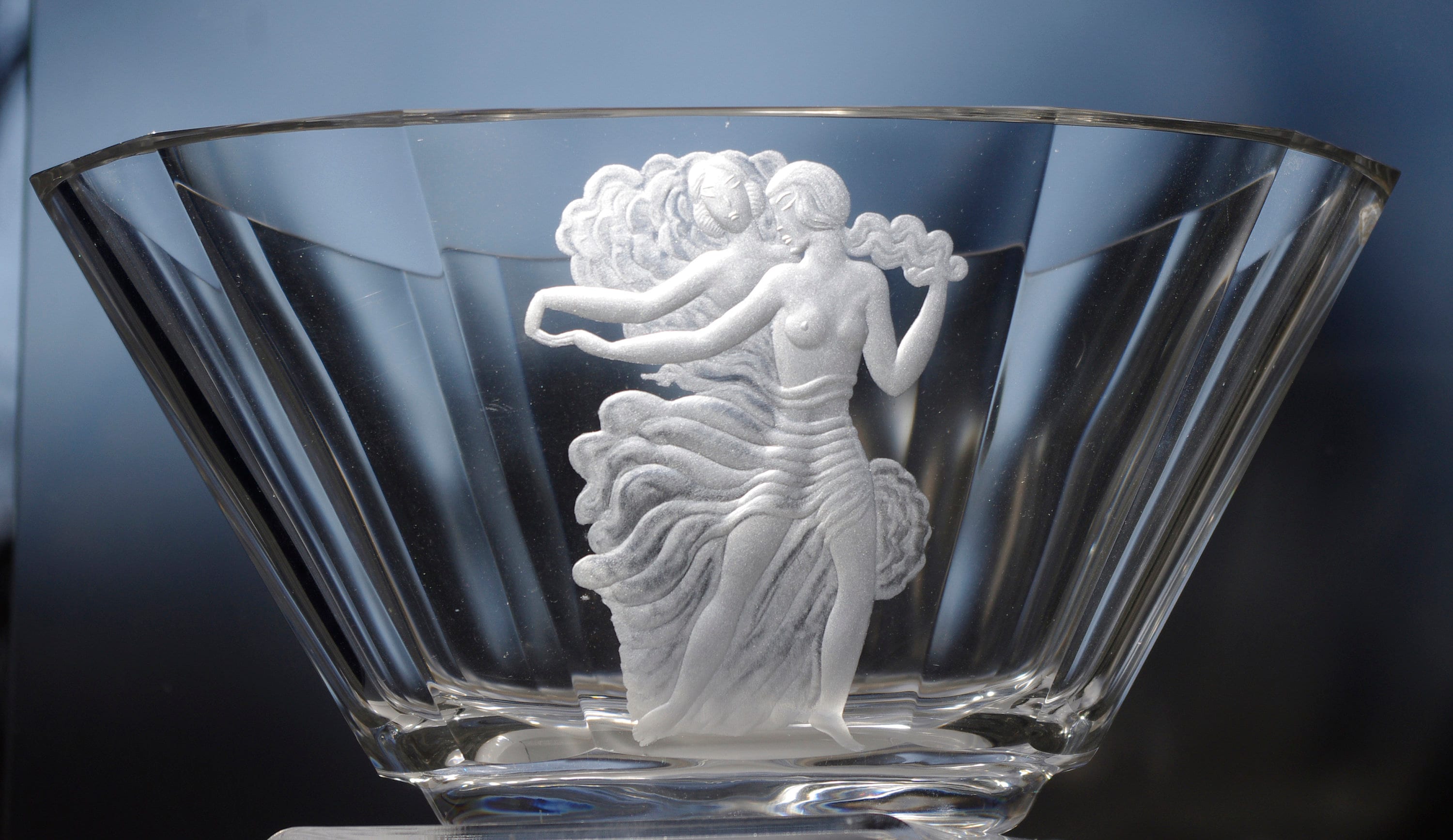 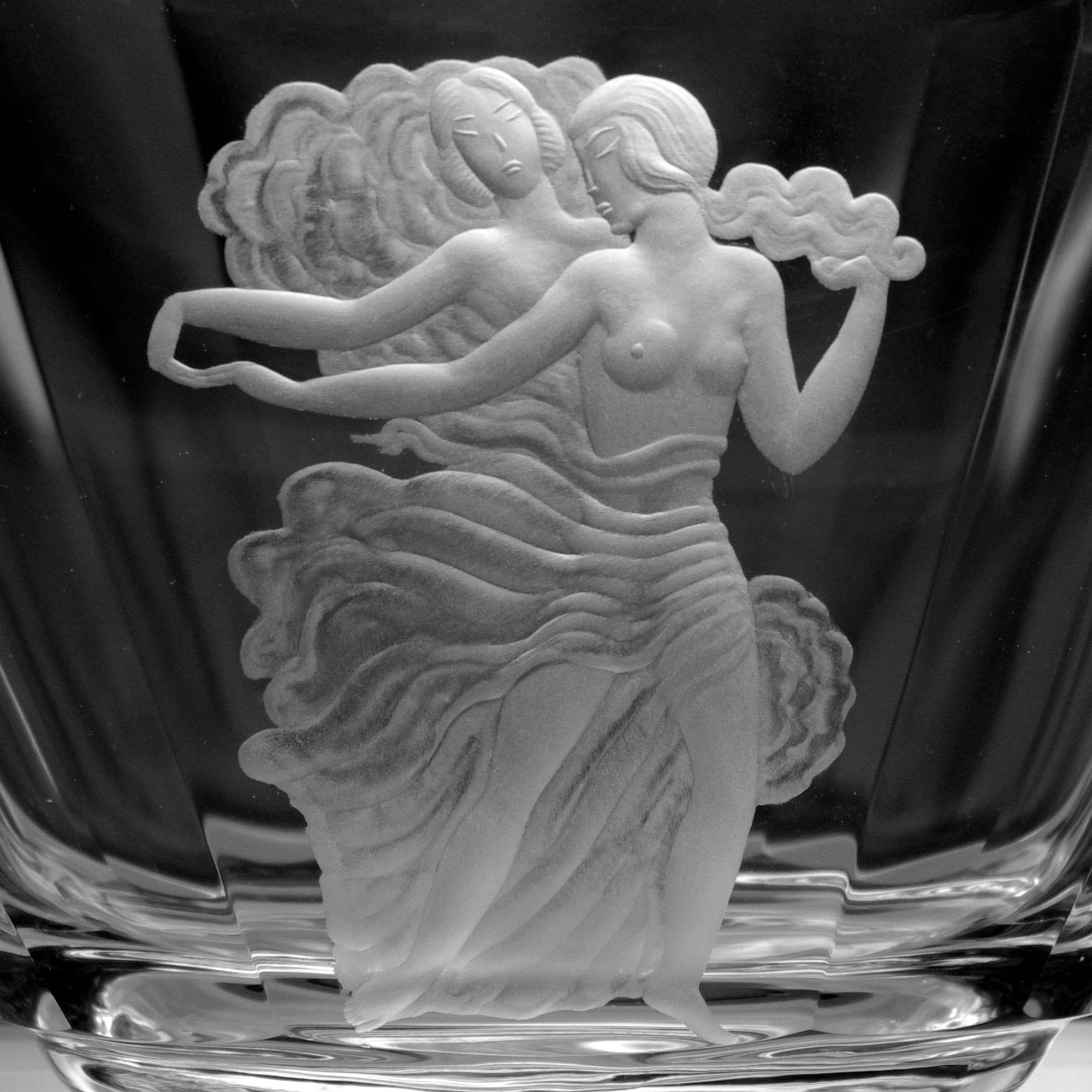 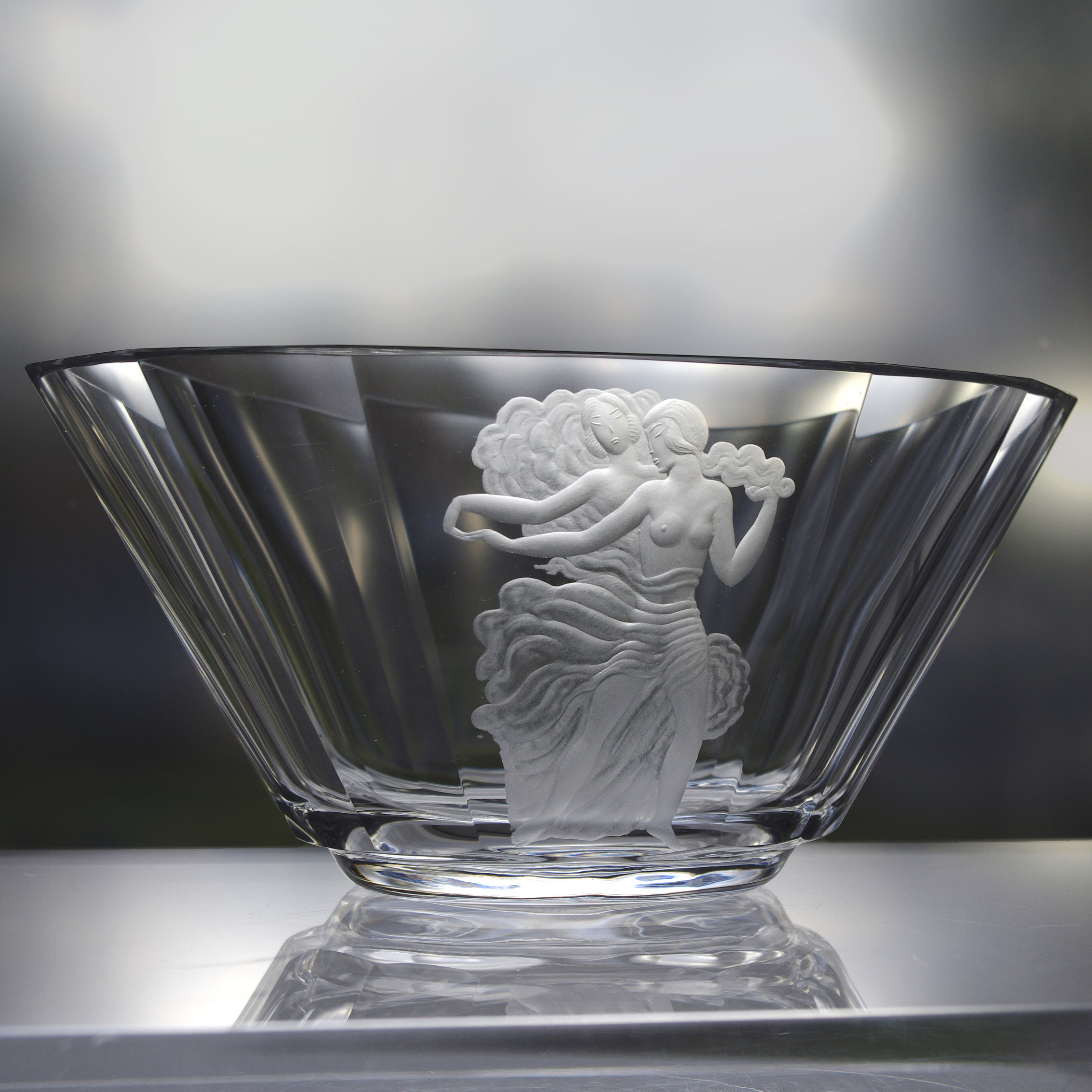 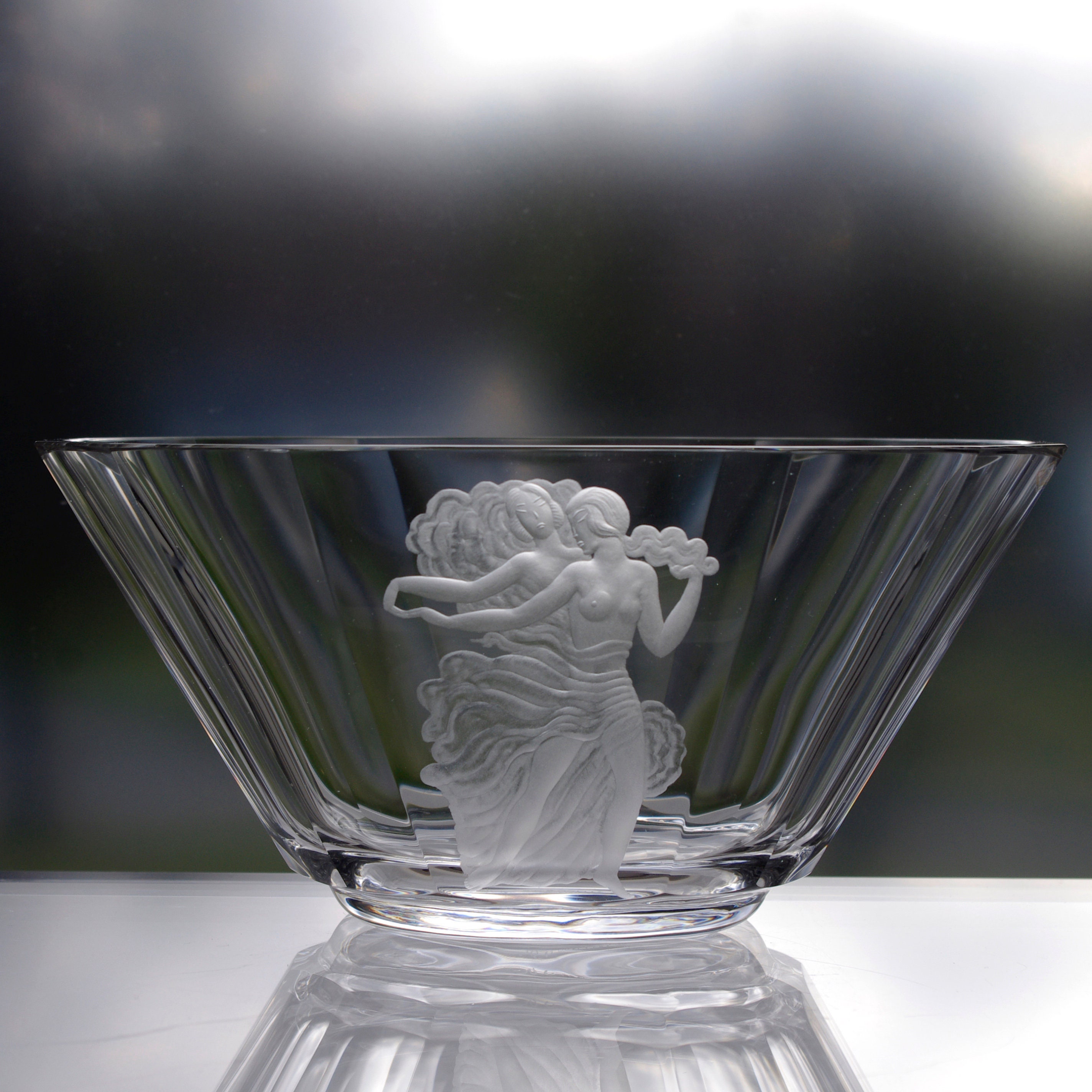 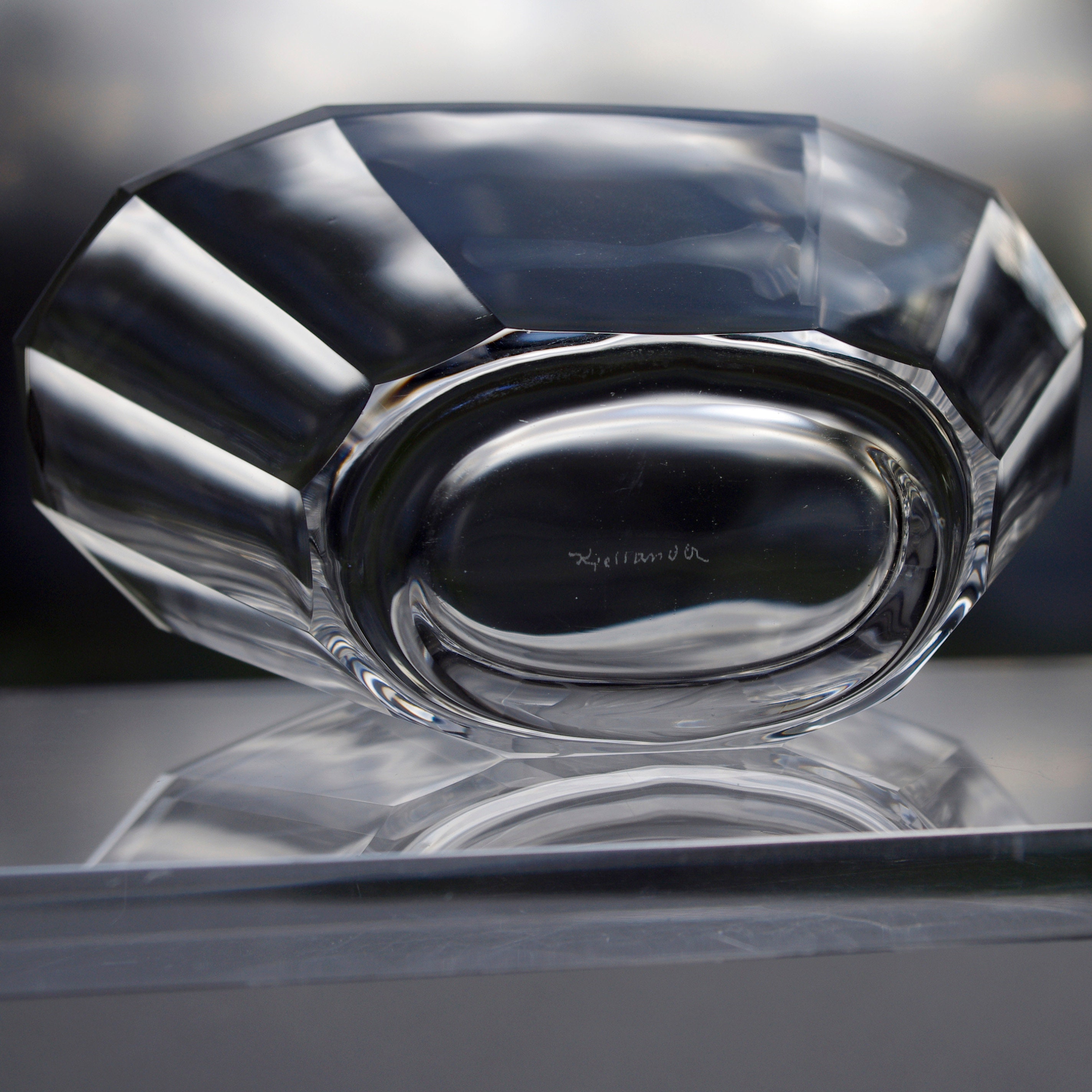 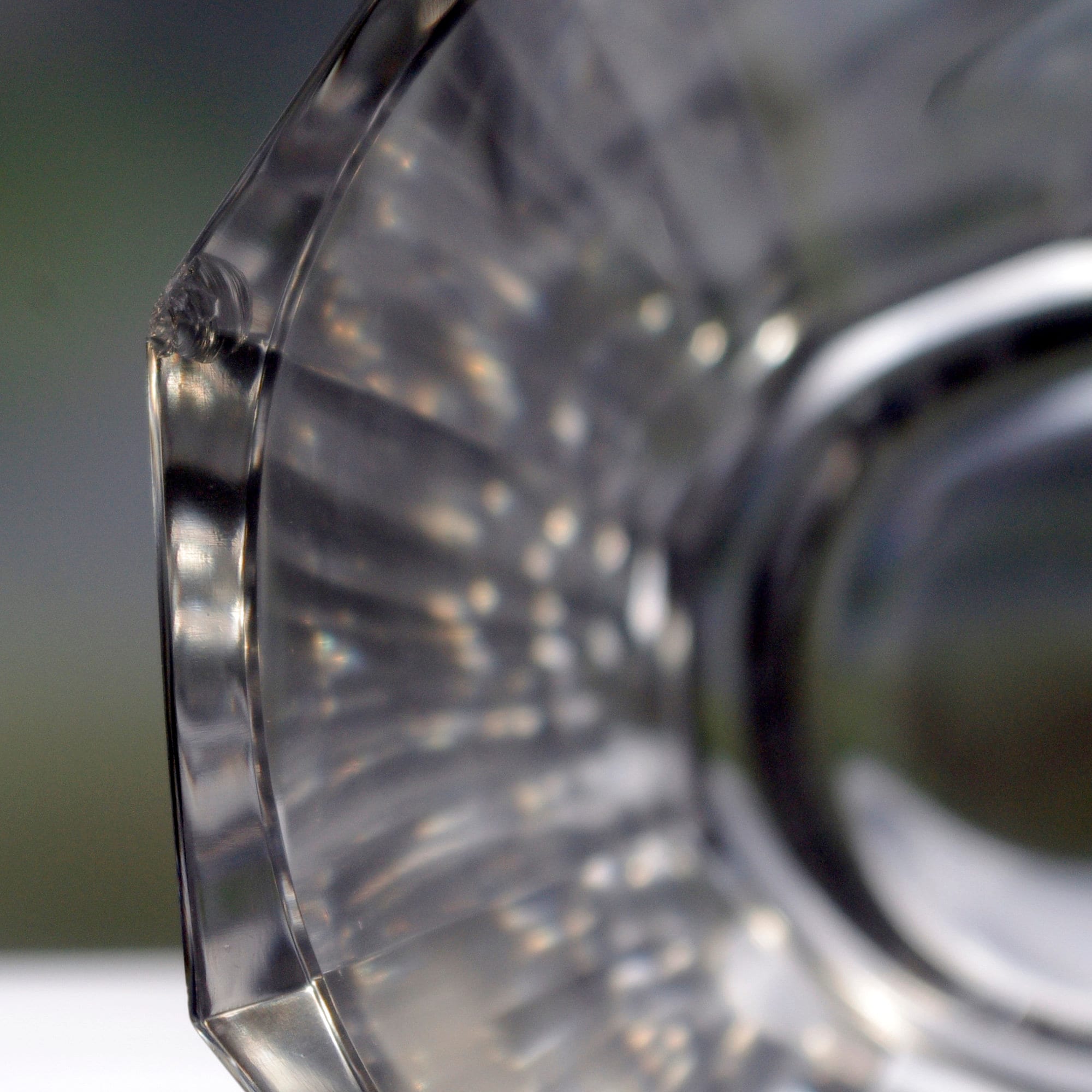 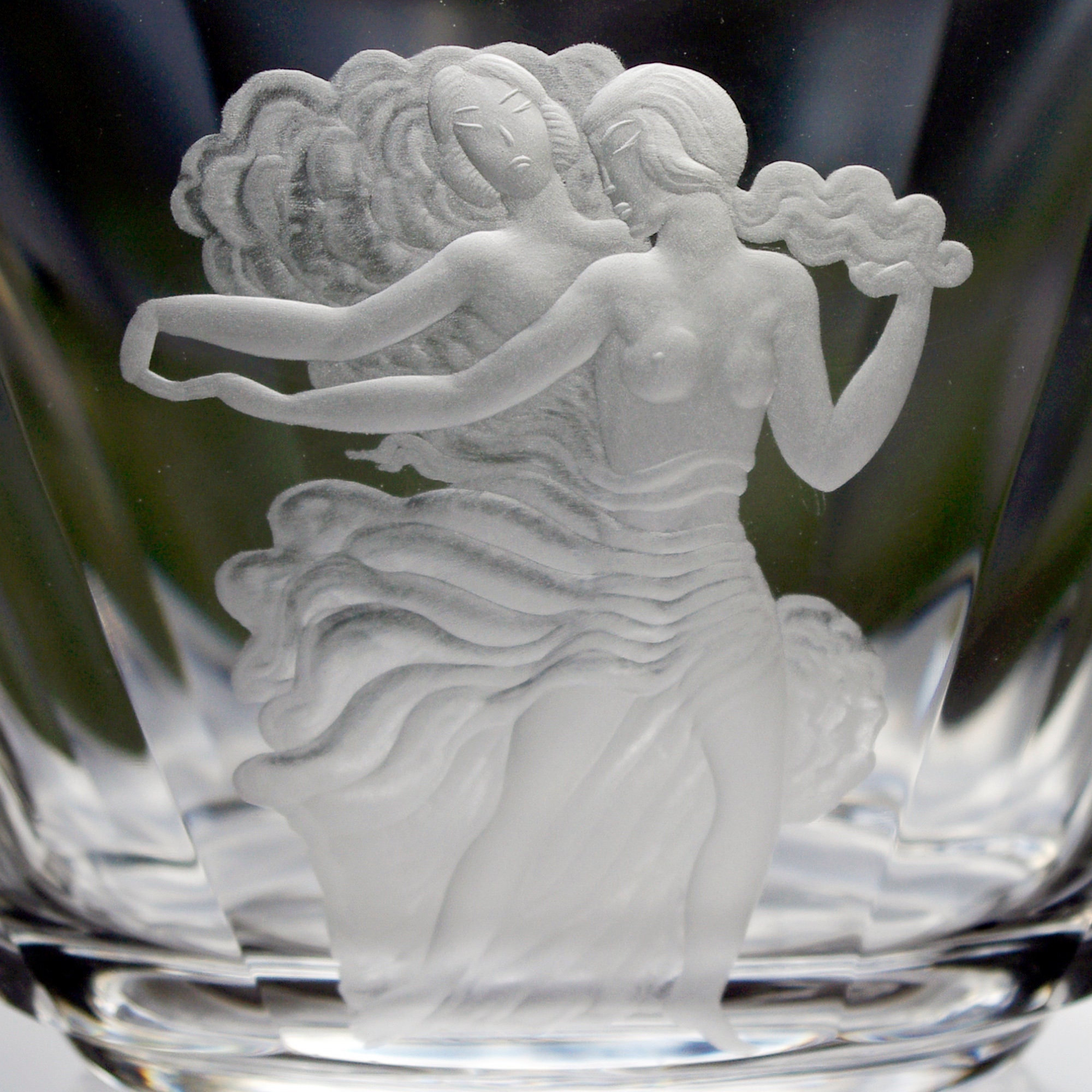 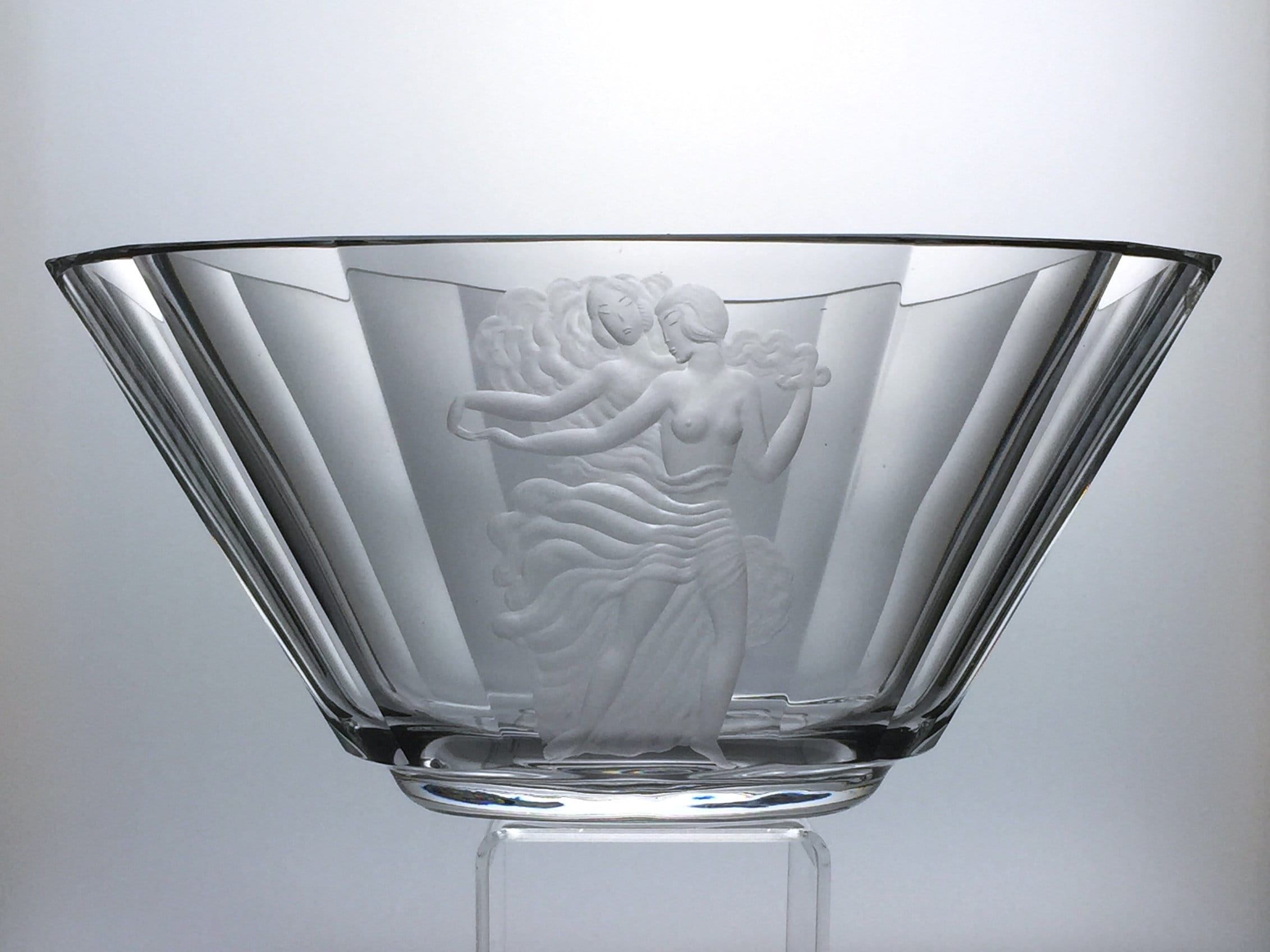 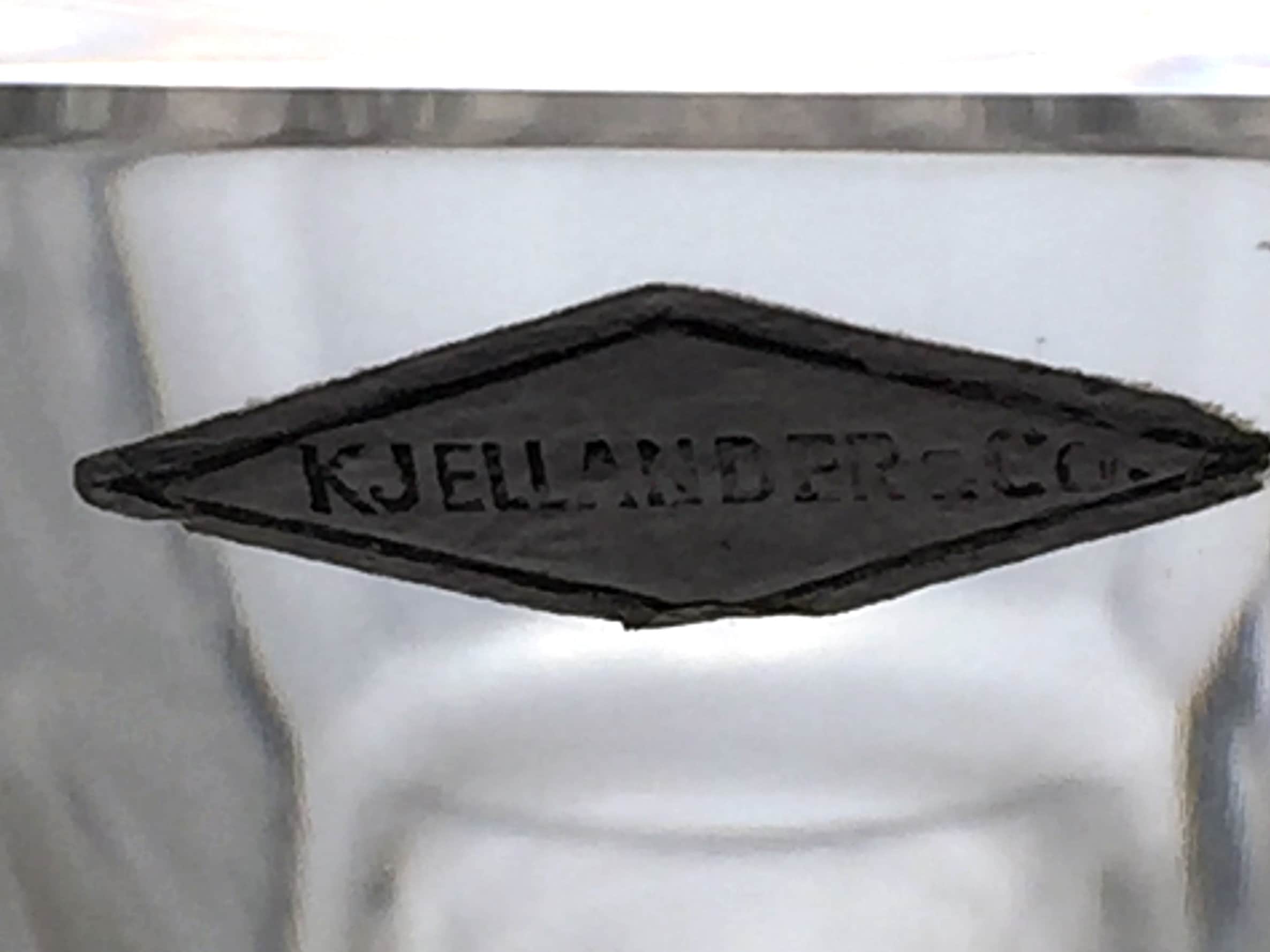 This beautiful vase, engraved with incomparable skill, is an exemplar for motifs depicting the female form, with which Swedish glass artists were enchanted, and which never go out of style. Note how masterfully the artist gave the women such perfectly sculpted faces and bodies and flowing hair and diaphanous clothes. The vase is medium-sized, 10" x 5.5" x 5" and it weighs 4 pounds. It is a stunning show piece, worthy of a museum, certain to add drama and sparkle to a special spot in your h

The piece has one chip on a back corner. As you see from the photos, it does not detract from the beauty.

This magnificent vase of engraved vintage crystal comes from the Kjellander Workshop of Sweden. The Kjellander brothers, Nils and Åke, were fourth generation engravers. Their father, grandfather, and great-grandfather all began as engravers at Kosta Glassworks, long before the Boda merger. The Kjellanders did not make glass, but they could sure engrave it. The brothers, along with their father, Lars Johan, opened up their own shop in 1924 and stayed in business until 1983.