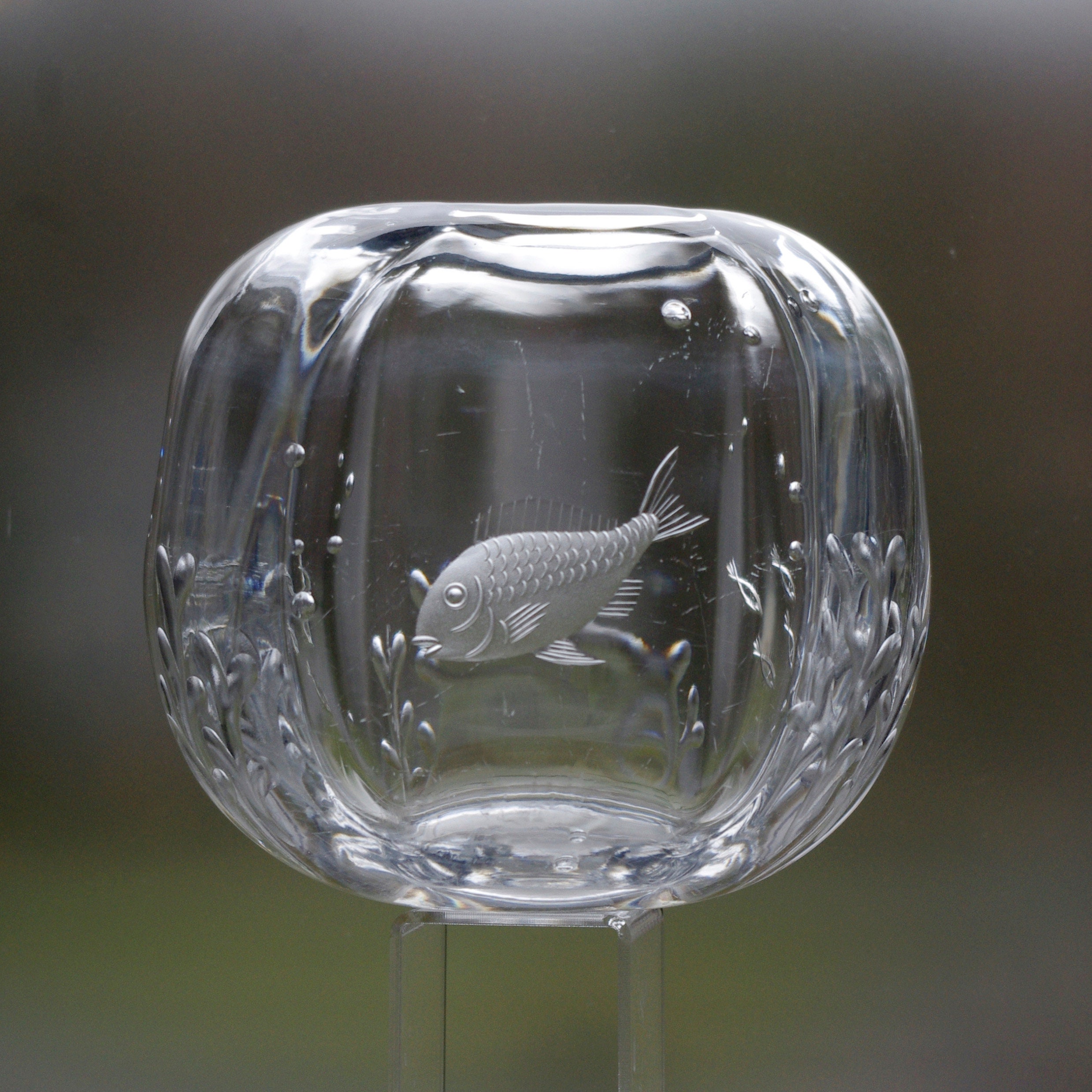 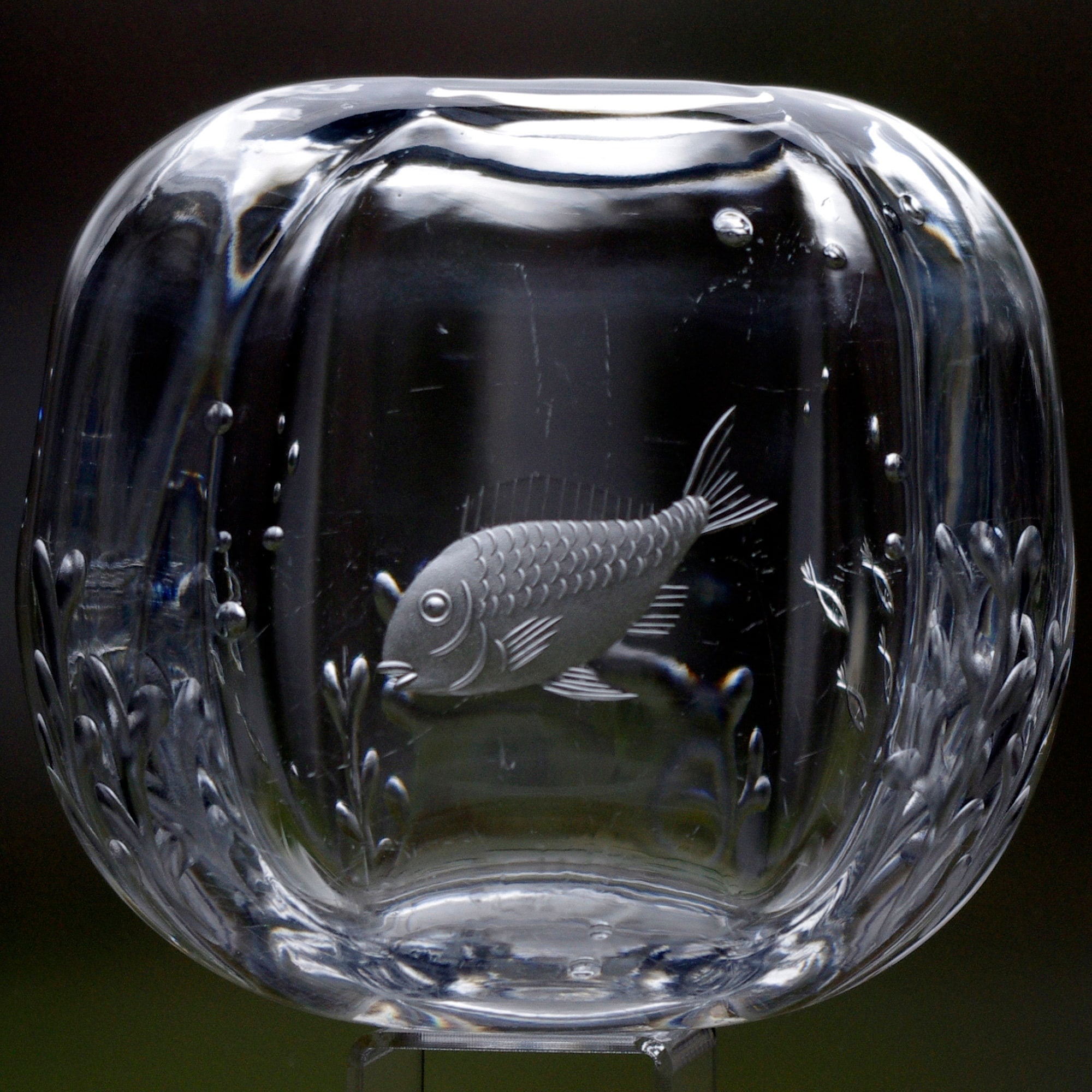 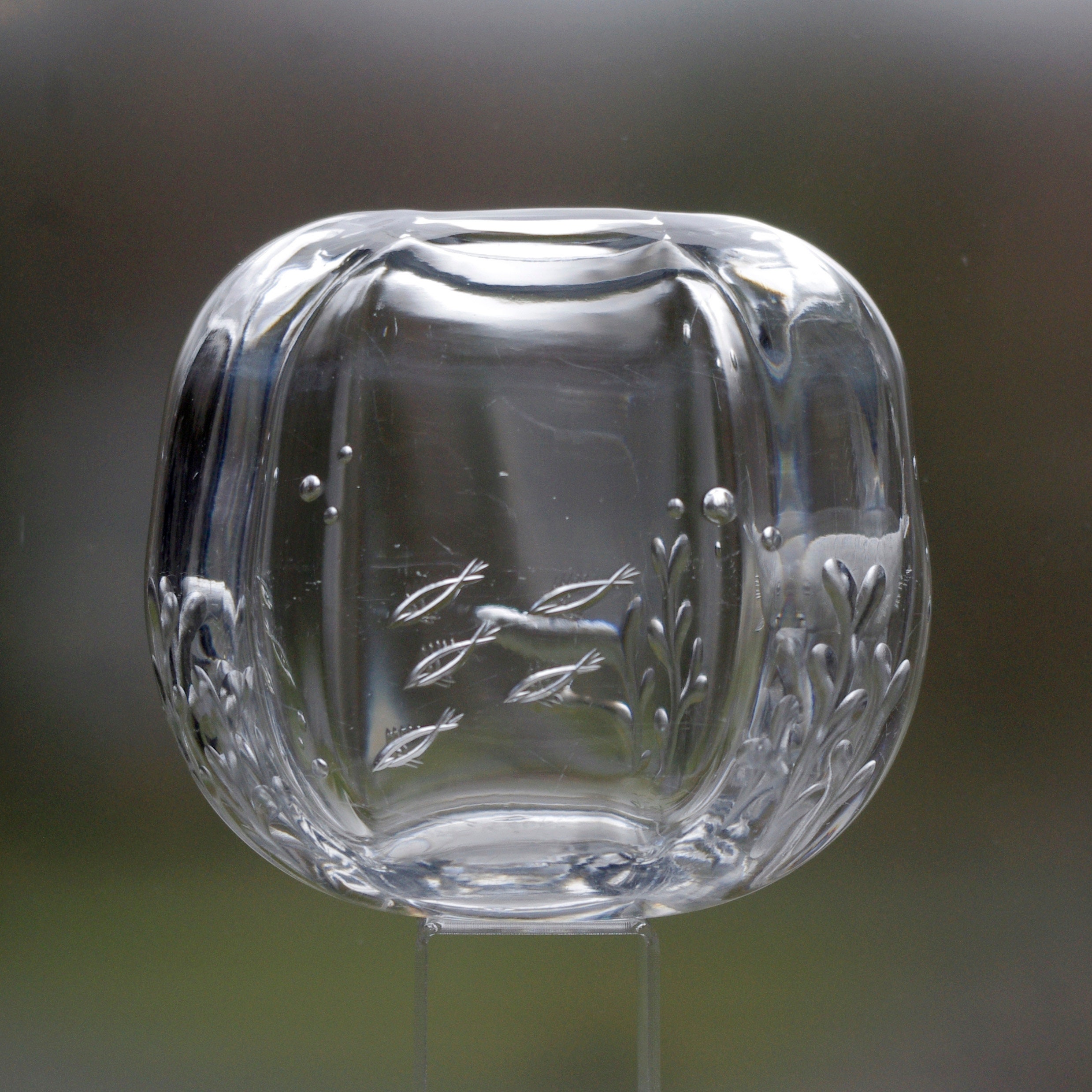 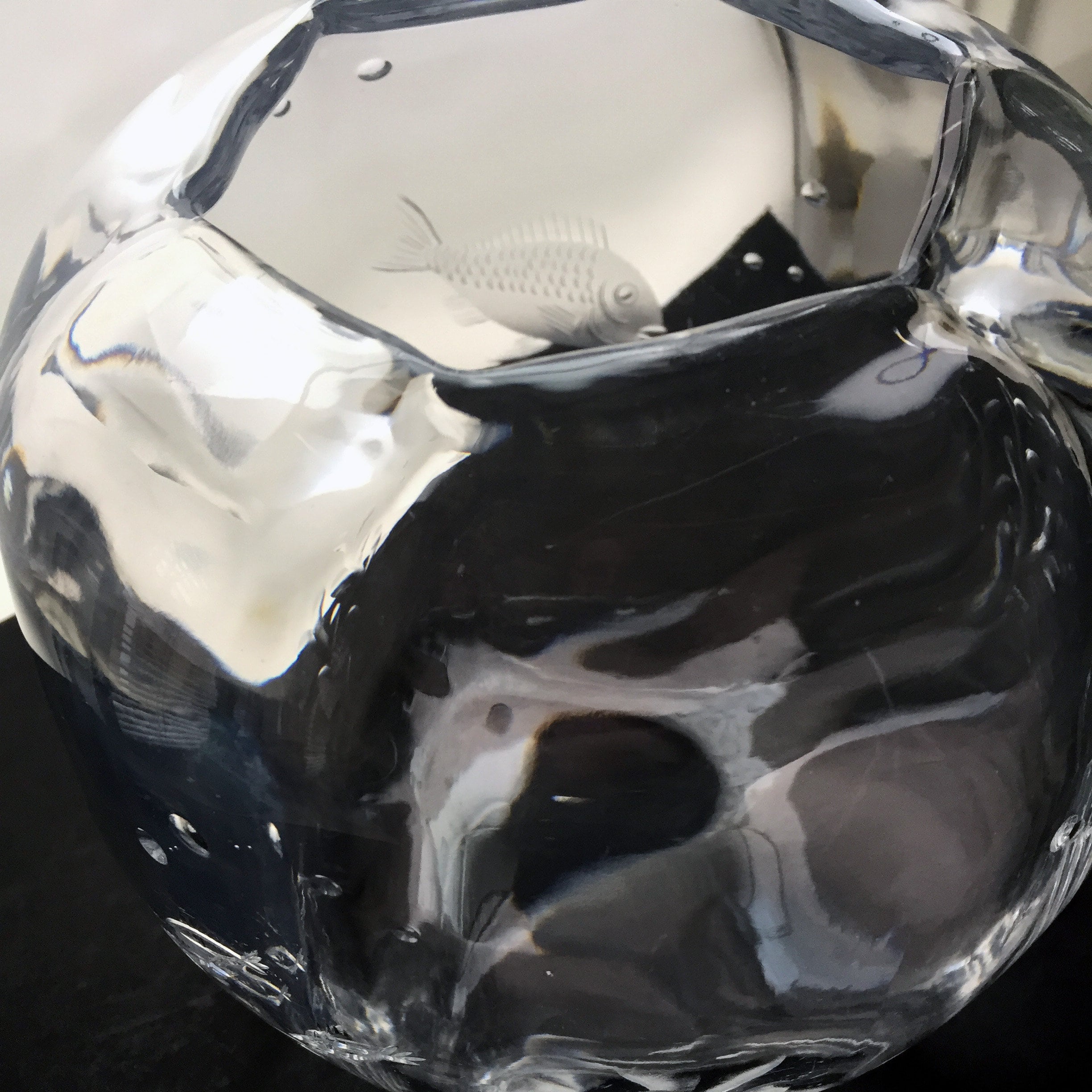 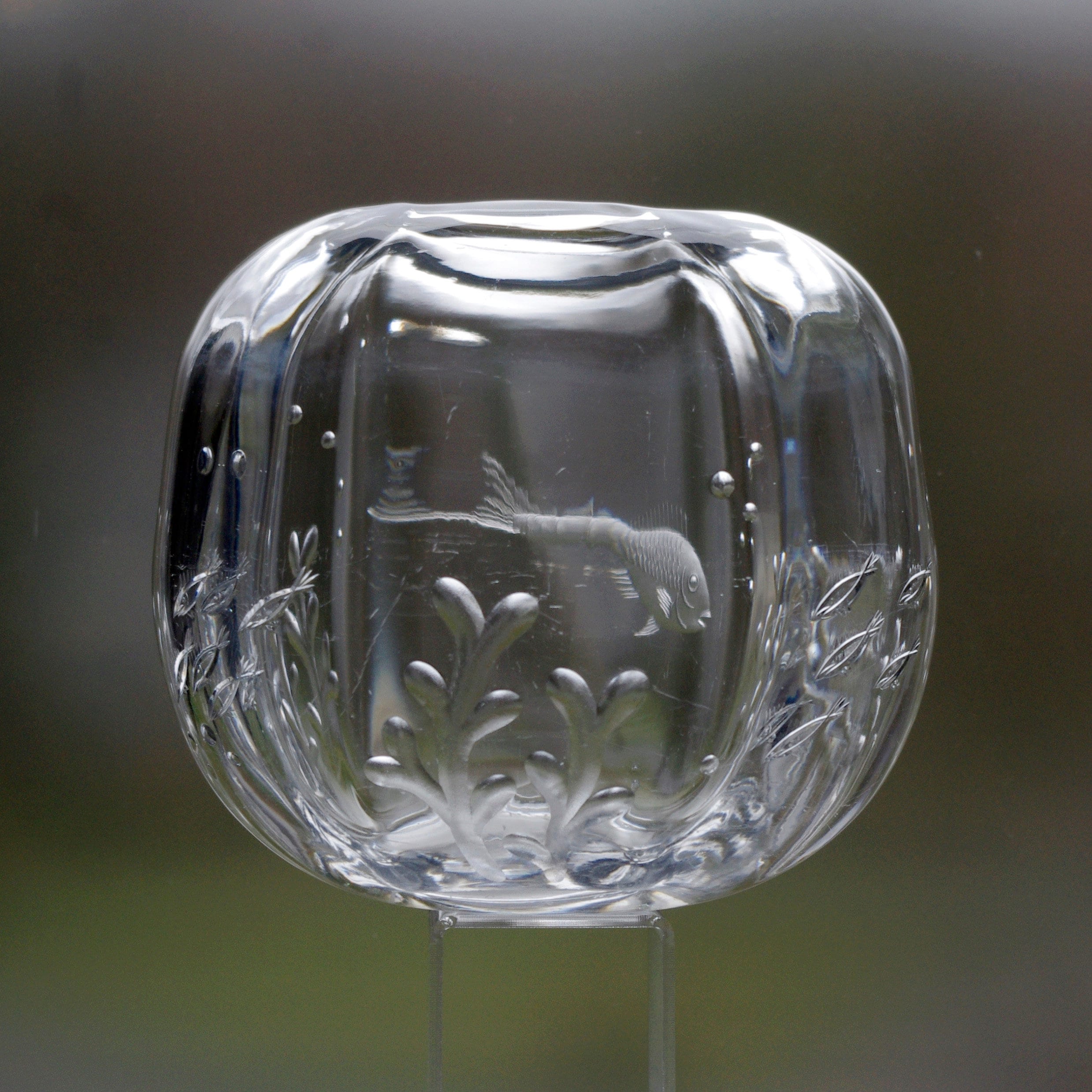 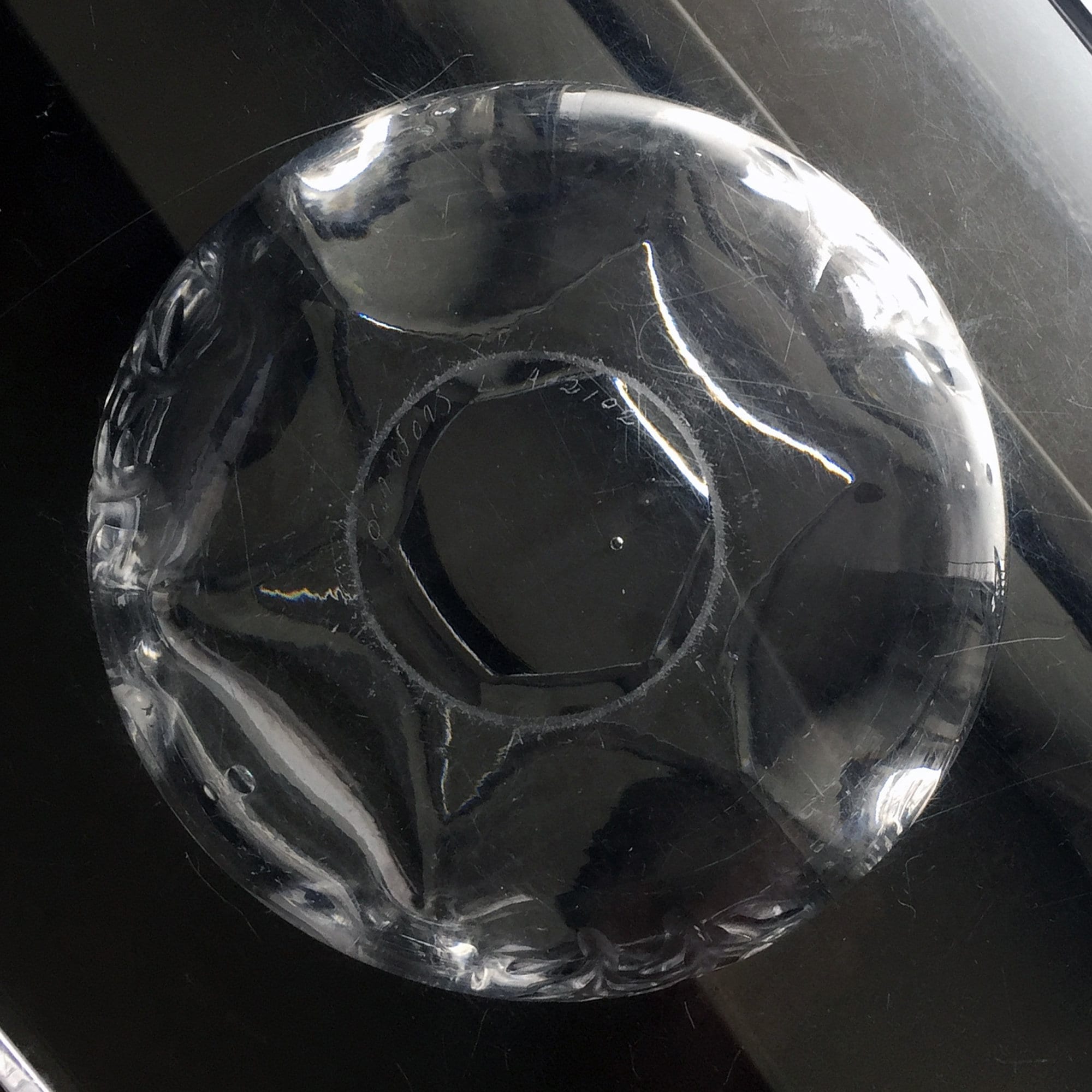 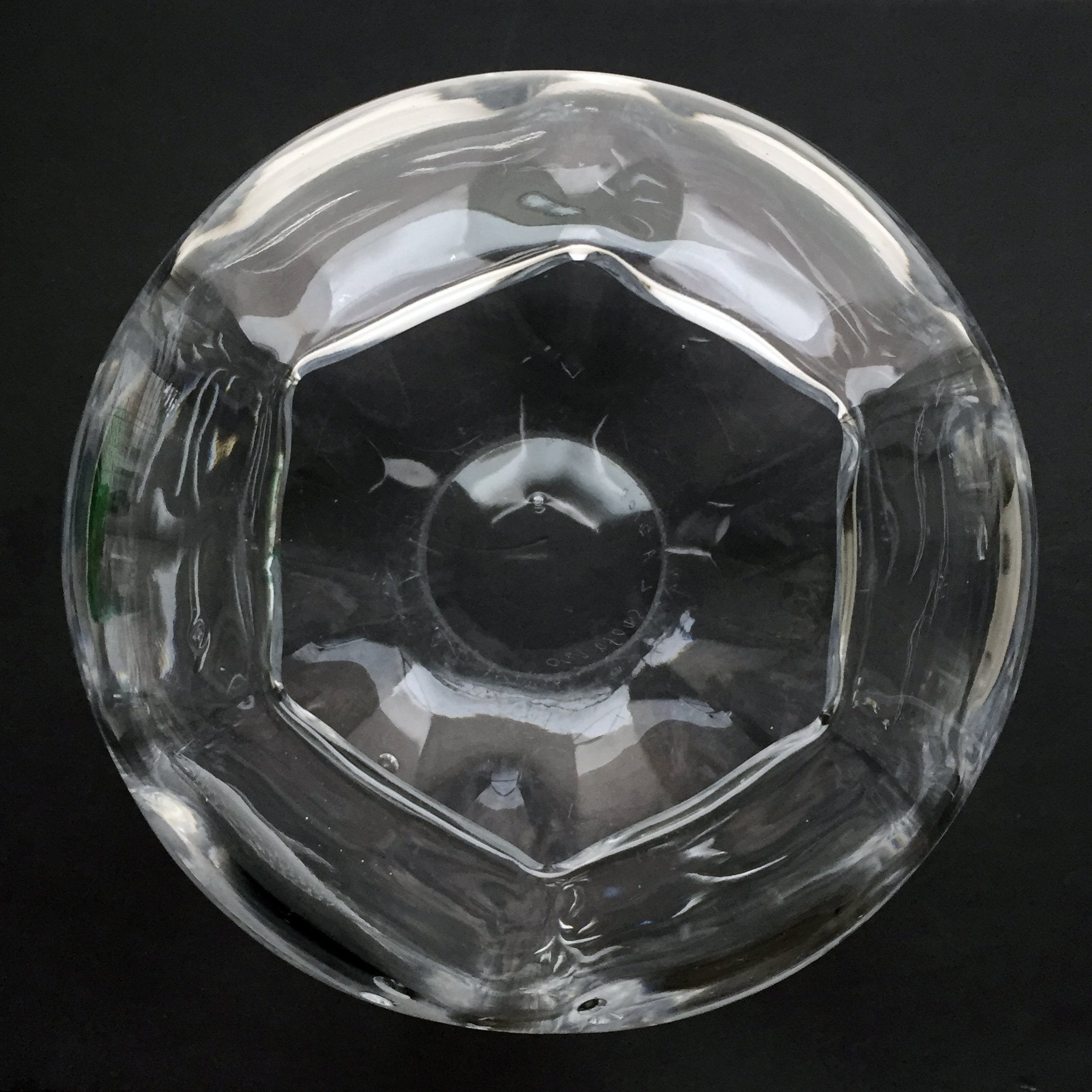 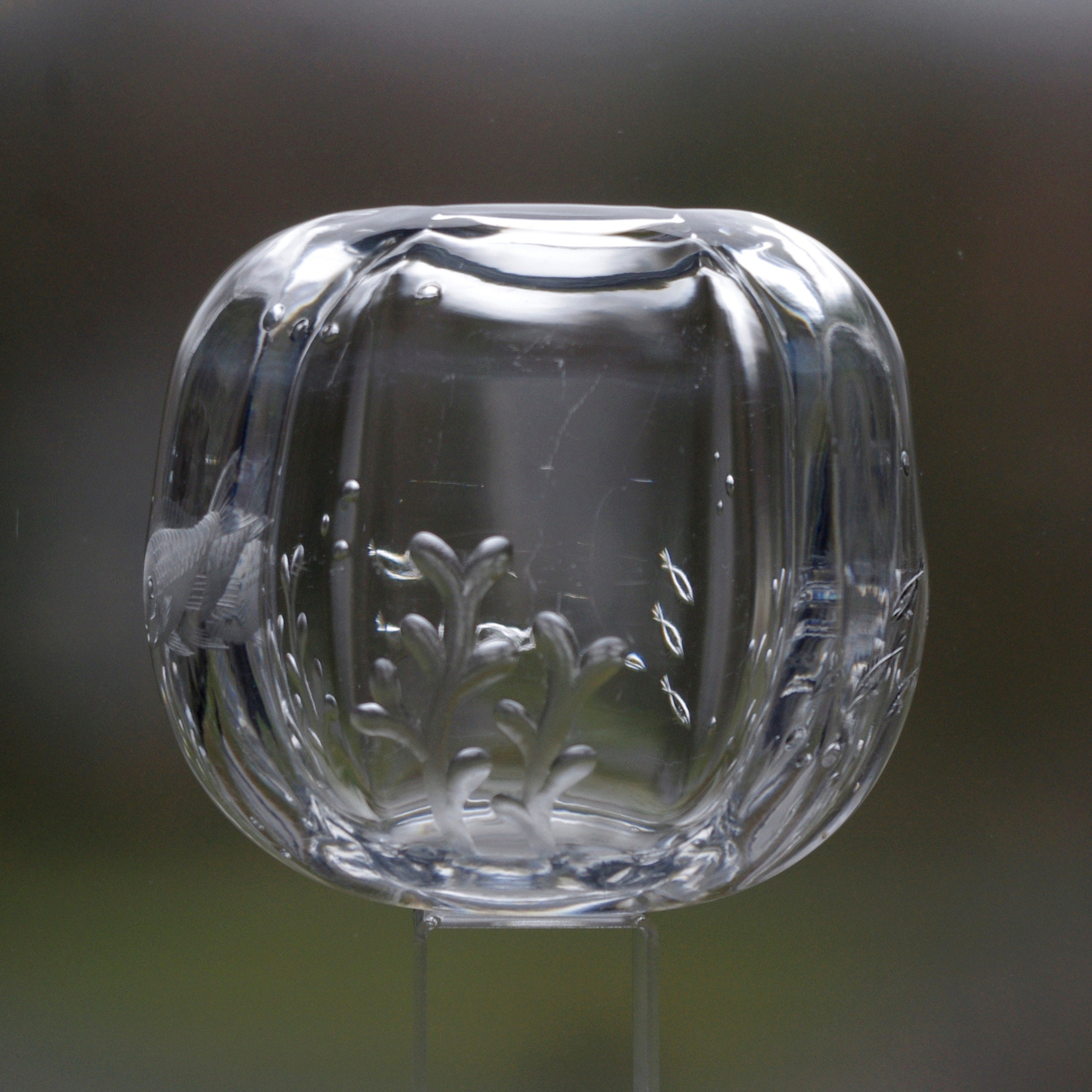 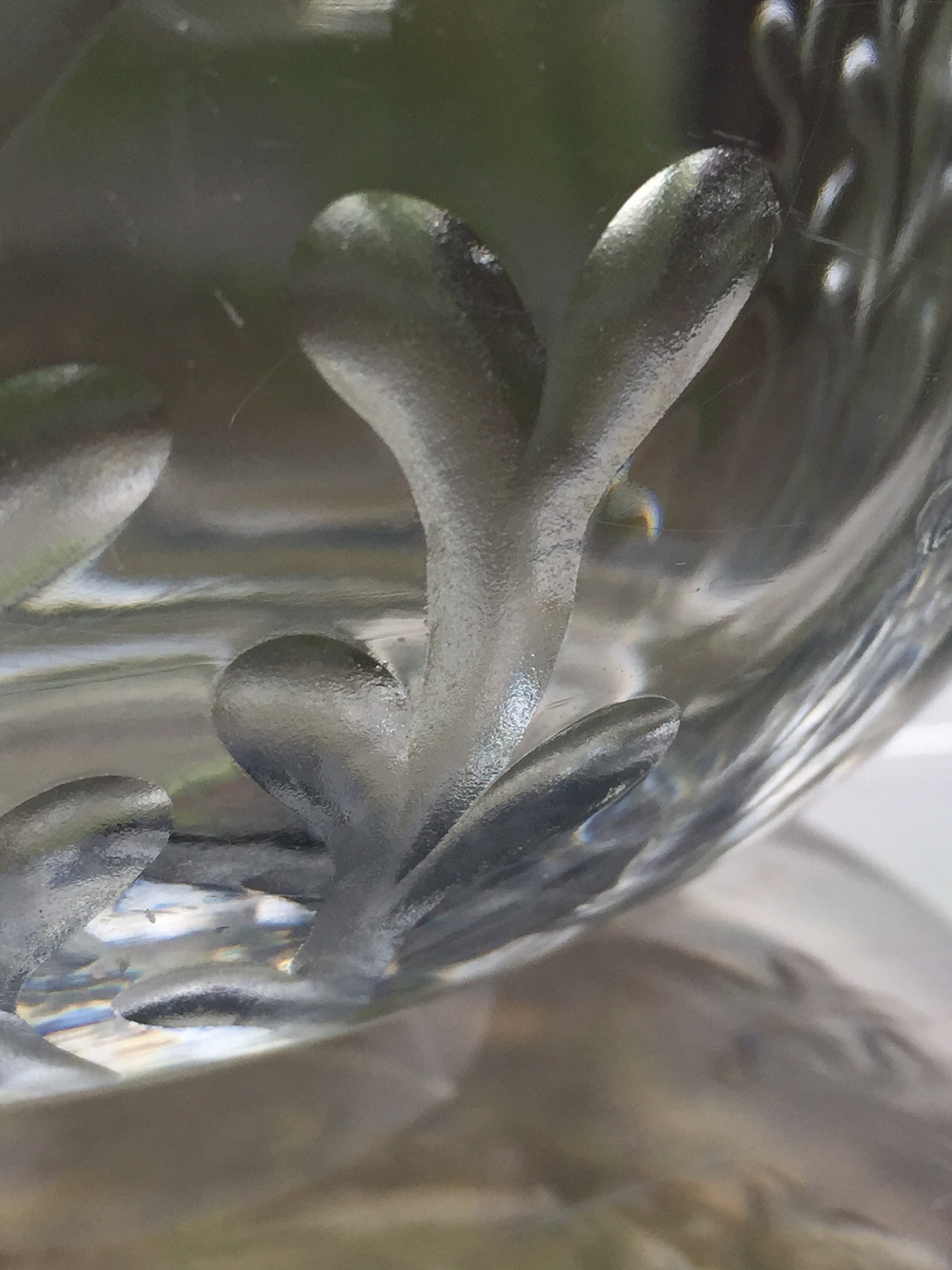 This piece is a Vicke Lindstrand design for Orrefors Glassworks in Sweden. It is unusual that it is marked as cut glass, not engraved glass, as shown by the "LA" mark. It is a unique find, a plucky pet fish set in undulating glass, among shiny bubbles and waves of seaweed.

Vicke Lindstrand (1904-1983) was born in Goteborg, Sweden, and started his career with Orrefors in 1928, where he remained until 1940. The tales of his departure vary, but it is known that he was under an agreement not to work in glass for a decade. Between 1943 and 1950 he became creative leader at Uppsala Ekeby, where he designed many different stoneware objects ranging from pots to figural sculptures. In 1950 he joined Kosta Glasbruk as an artistic director. He was the dominant designer until his retirement in 1973, lending his name to many now classic designs. As a glass designer, textile and ceramic designer, and painter, he is considered a pioneer of Swedish art.

This round vase is a medium size, about 6" tall and it weighs about 2 pounds. It has a hexagonal rim, and the body of the vase is subtly flattened into six panels. The style code 2102 tells me it was designed in 1939, as it appears in Orrefors Catalog 14. There are no other marks; I wish credit had been given to the engraver.

This is a special piece, the only one of its kind I've ever seen. It has quite a few shallow scratches, and the faintest of watermarks, but it still sparkles in the sun. It really is in excellent condition for an eighty year-old piece of crystal, one that has been well loved.