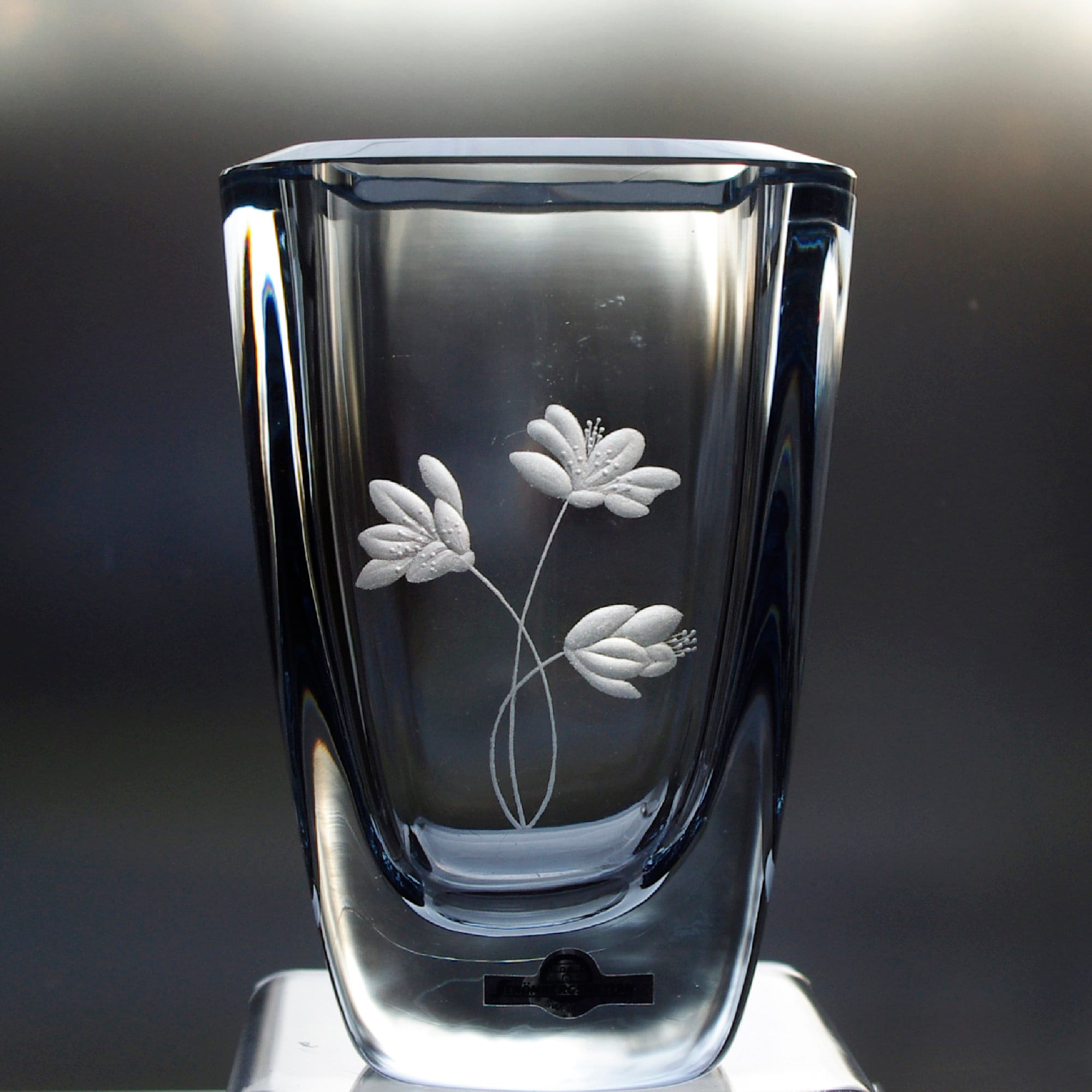 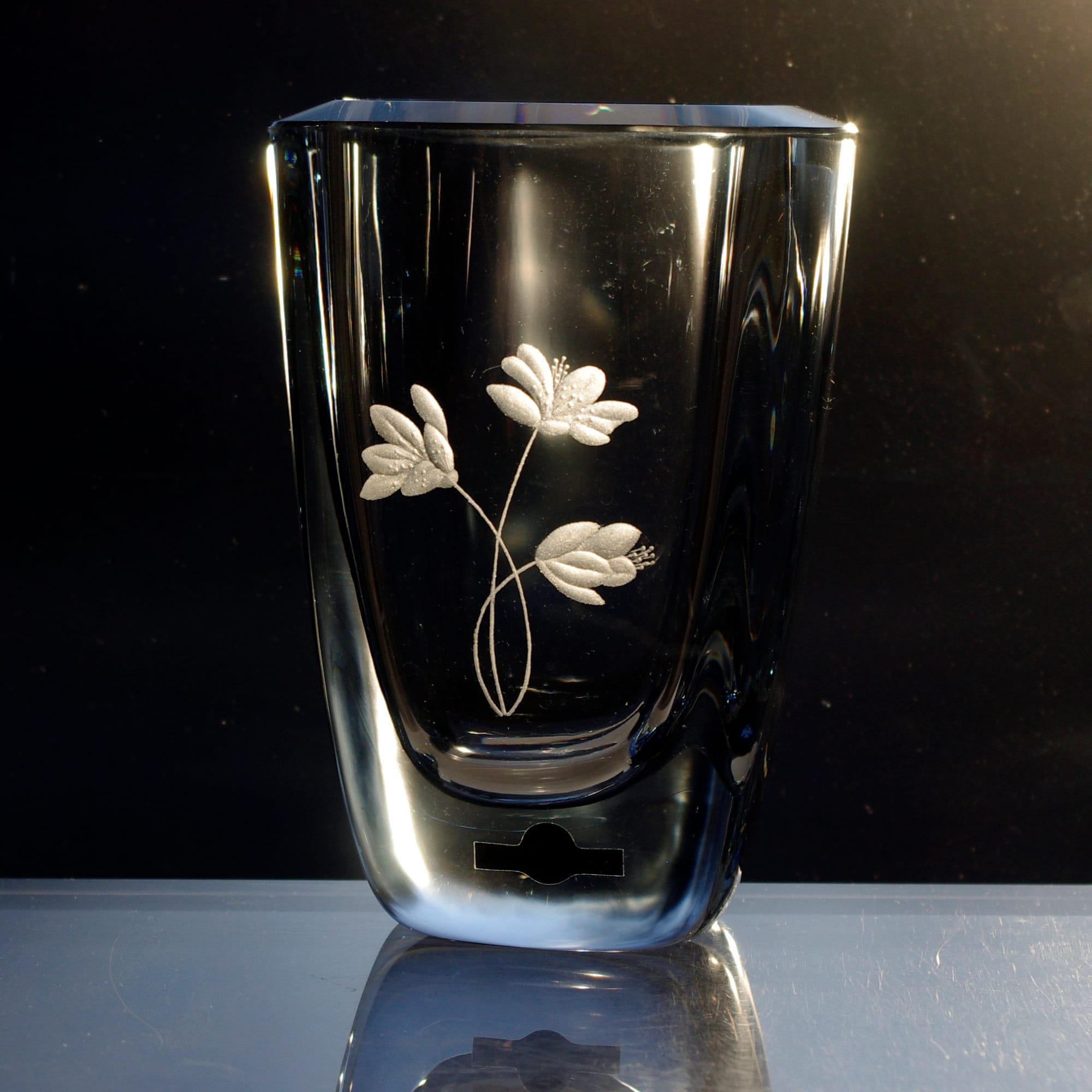 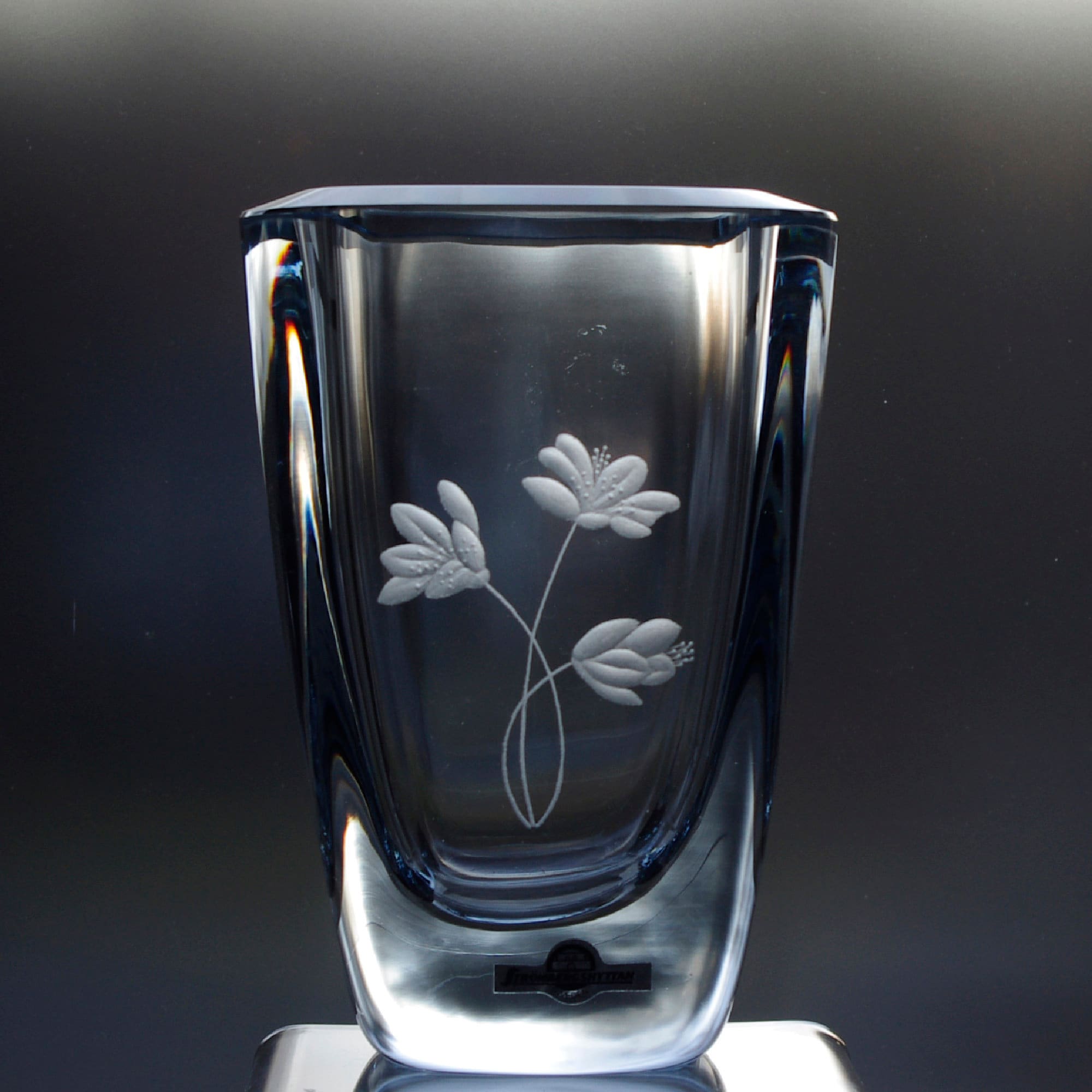 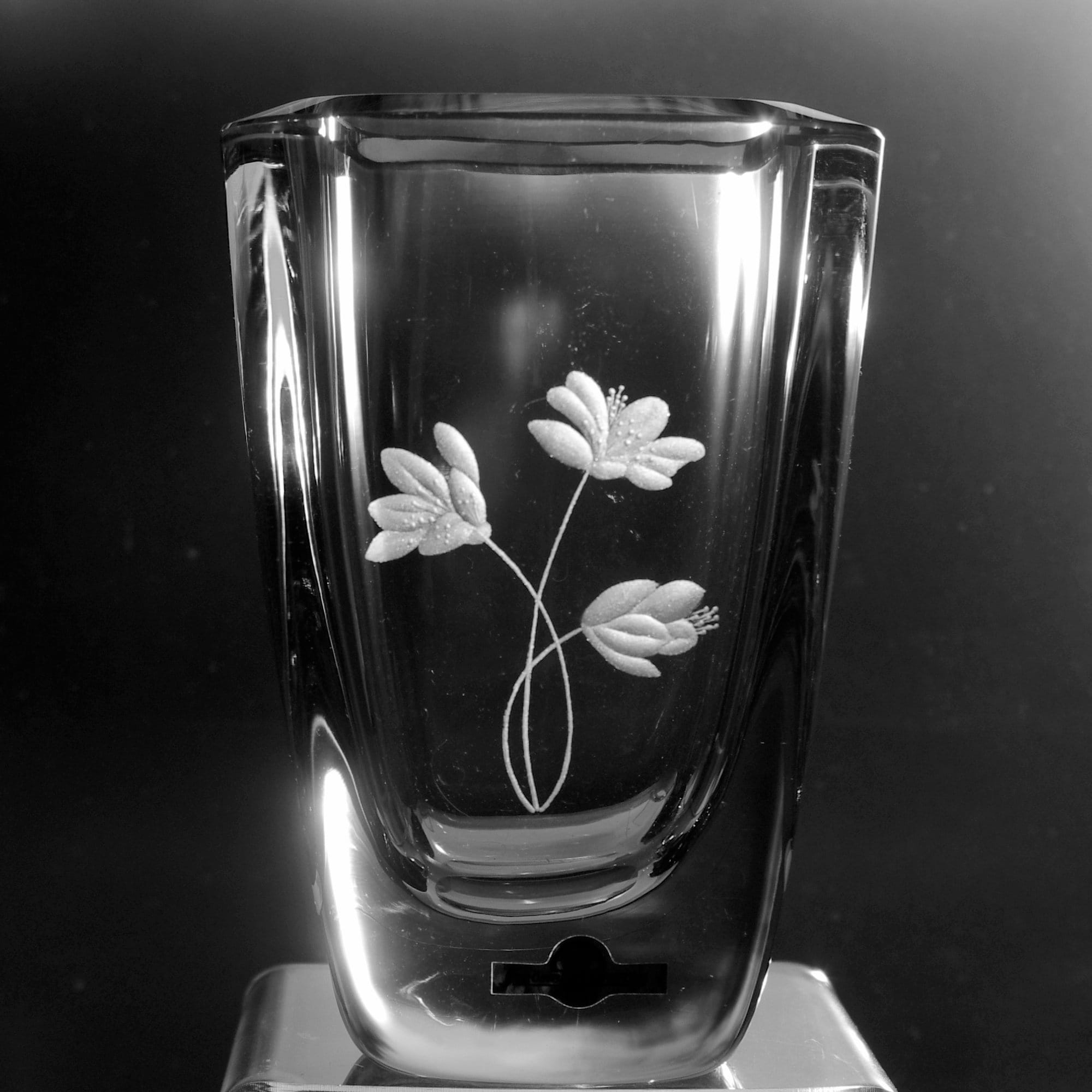 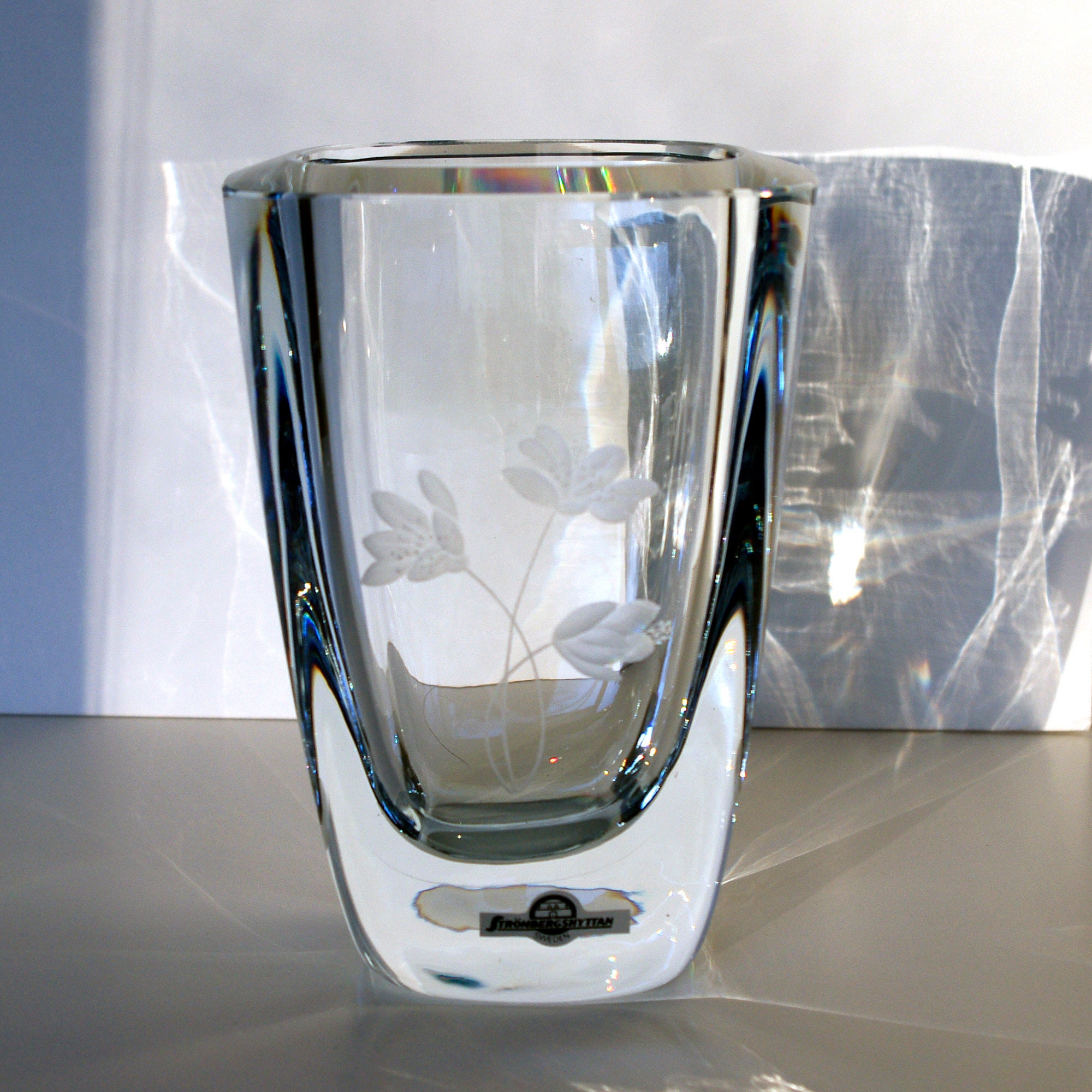 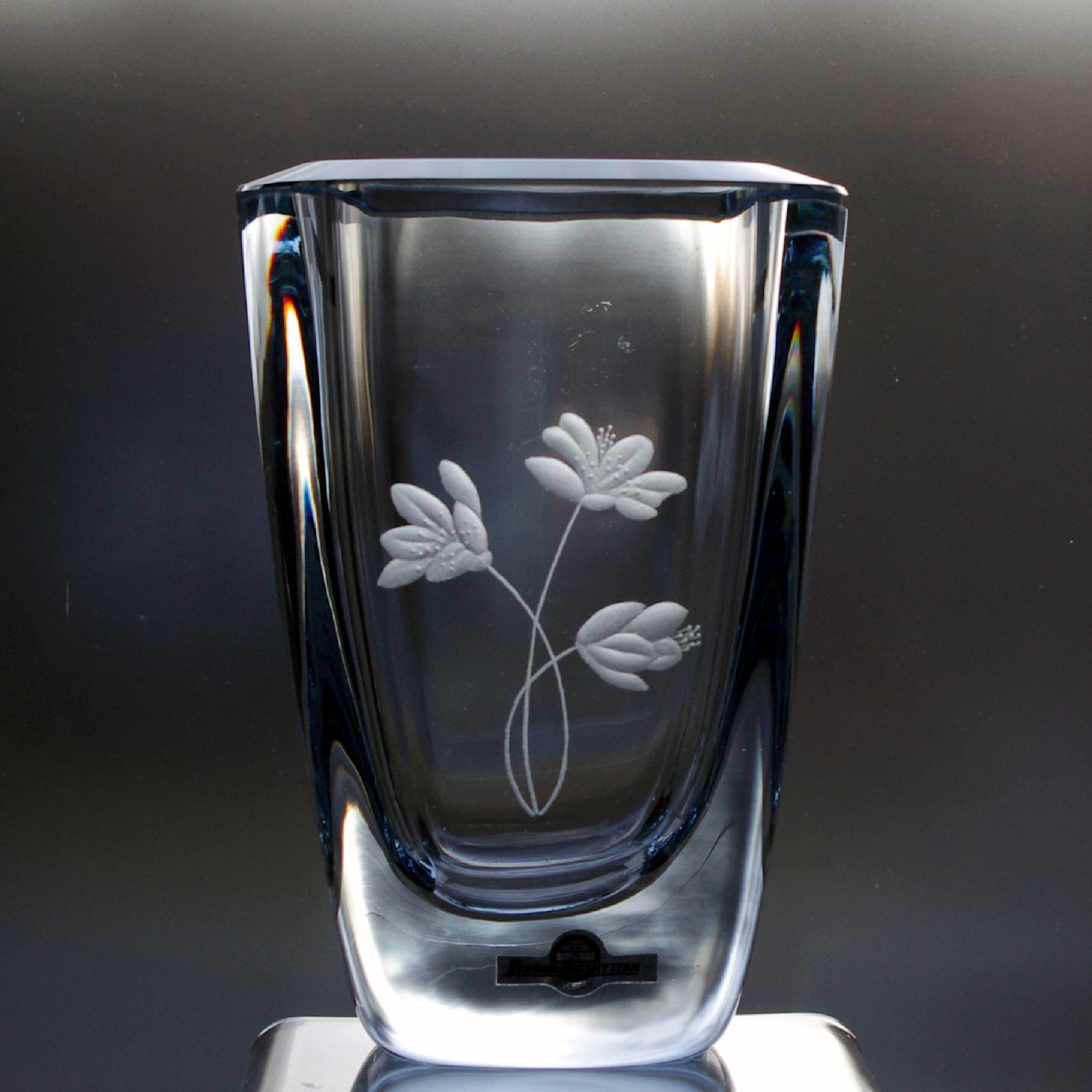 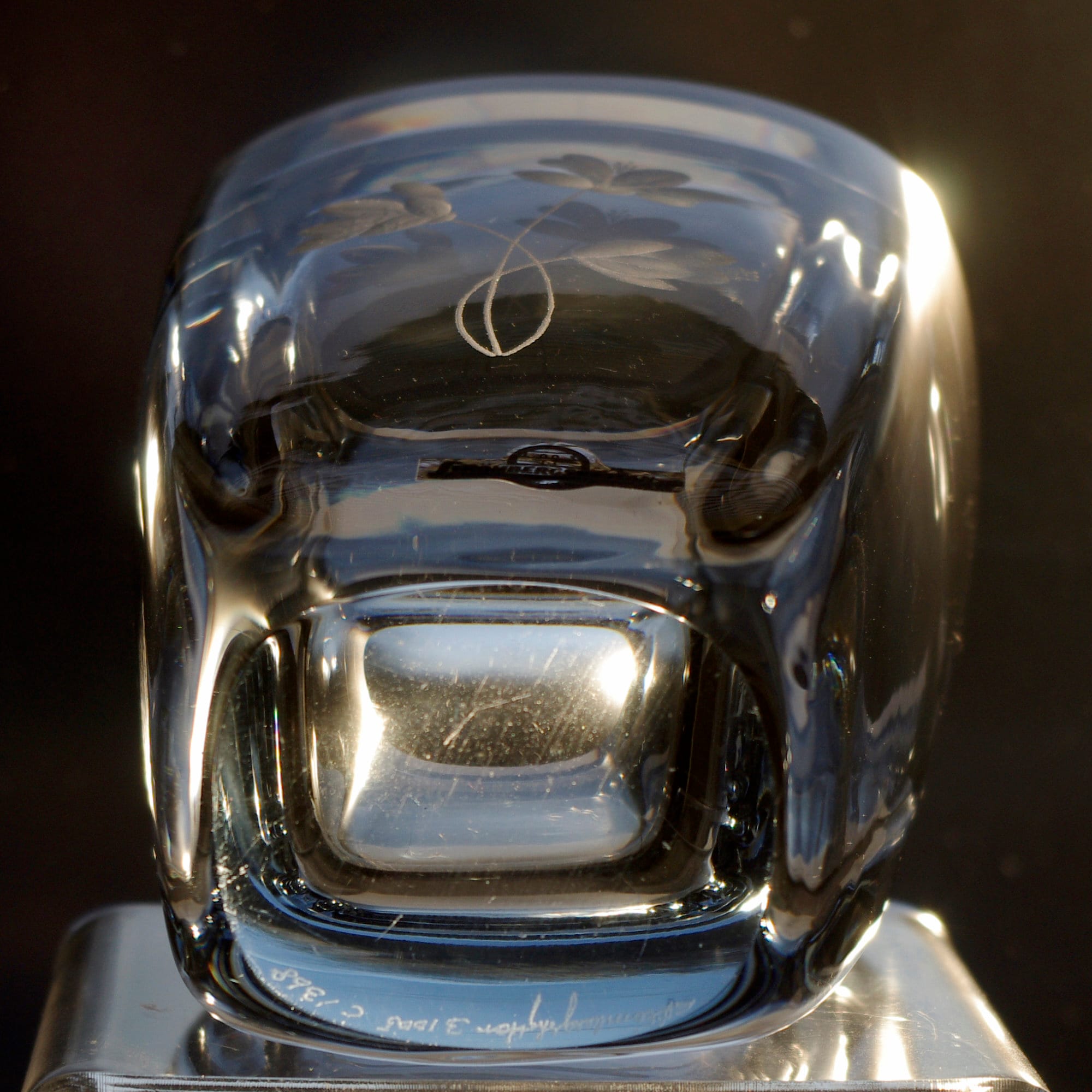 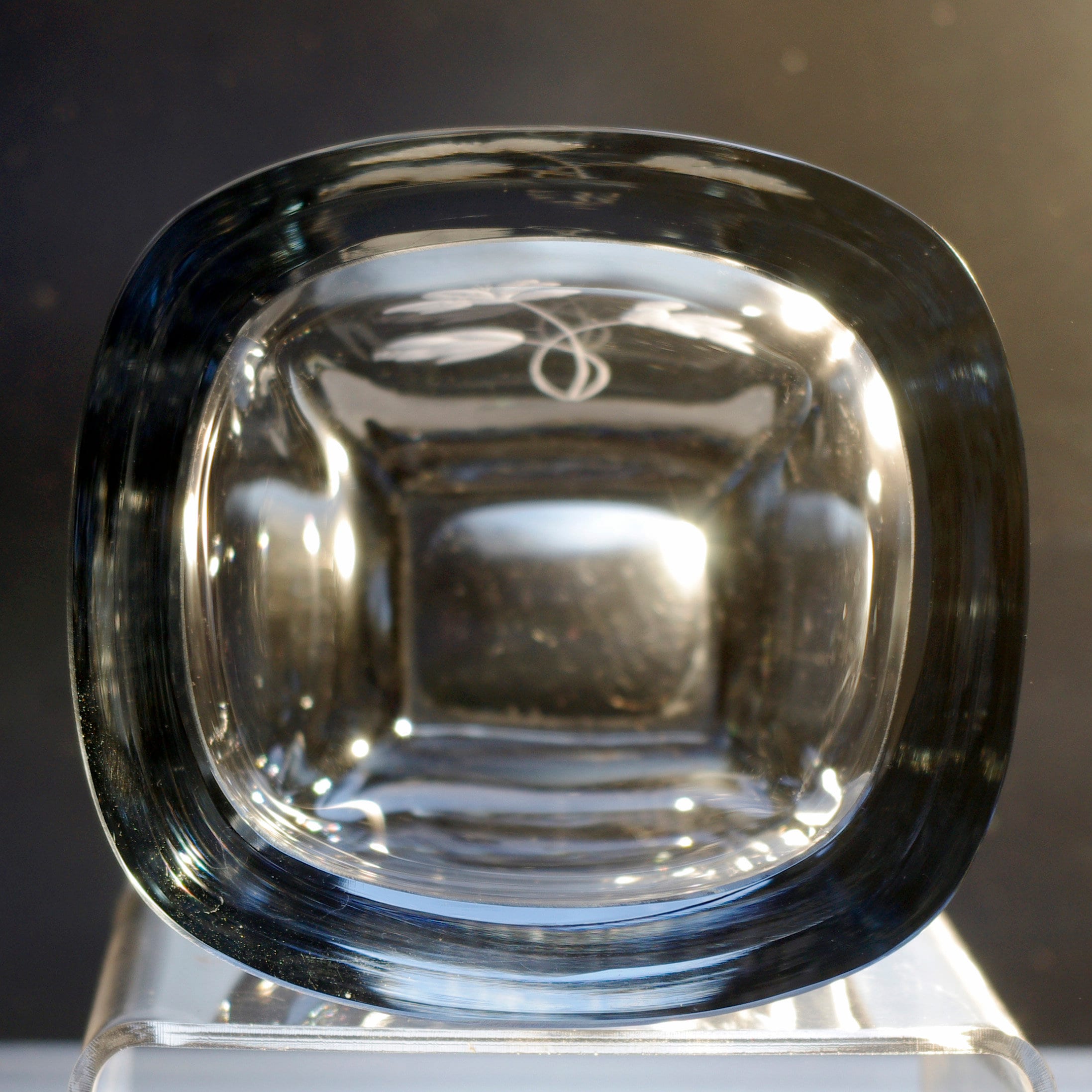 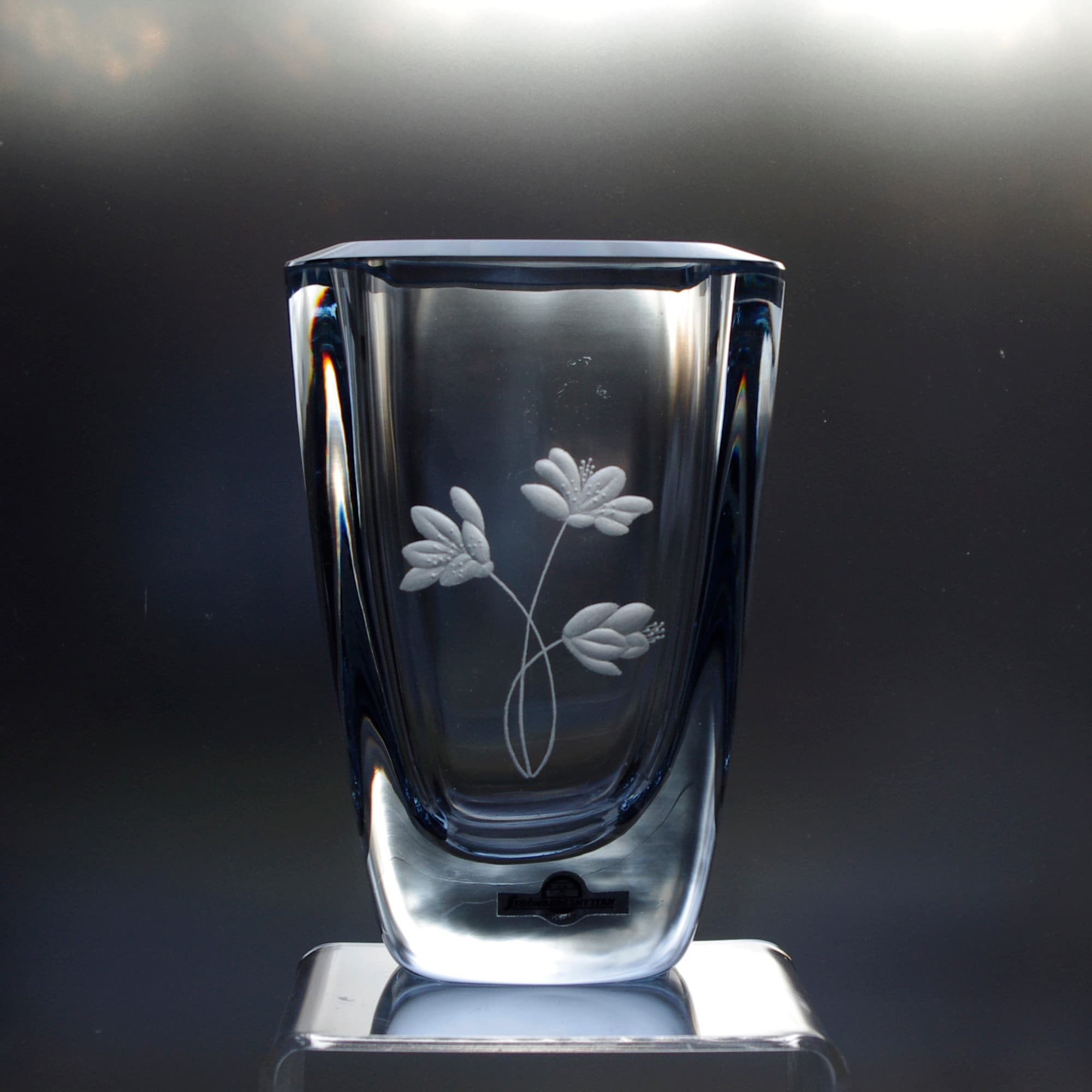 This big, beautiful vintage vase depicts three perfect blooms, possibly one of the provincial flowers of Sweden. It is 6.75" high and 4.75" x 4.5" wide, almost square, and tapered. It is a perfect size for display on a sunny windowsill or shelf, though it's quite heavy, weighing 4 pounds, 6 ounces. It is in excellent condition, clear and sparkling. This piece is engraved using a hand-held engraving tool, sort of like a dental drill.