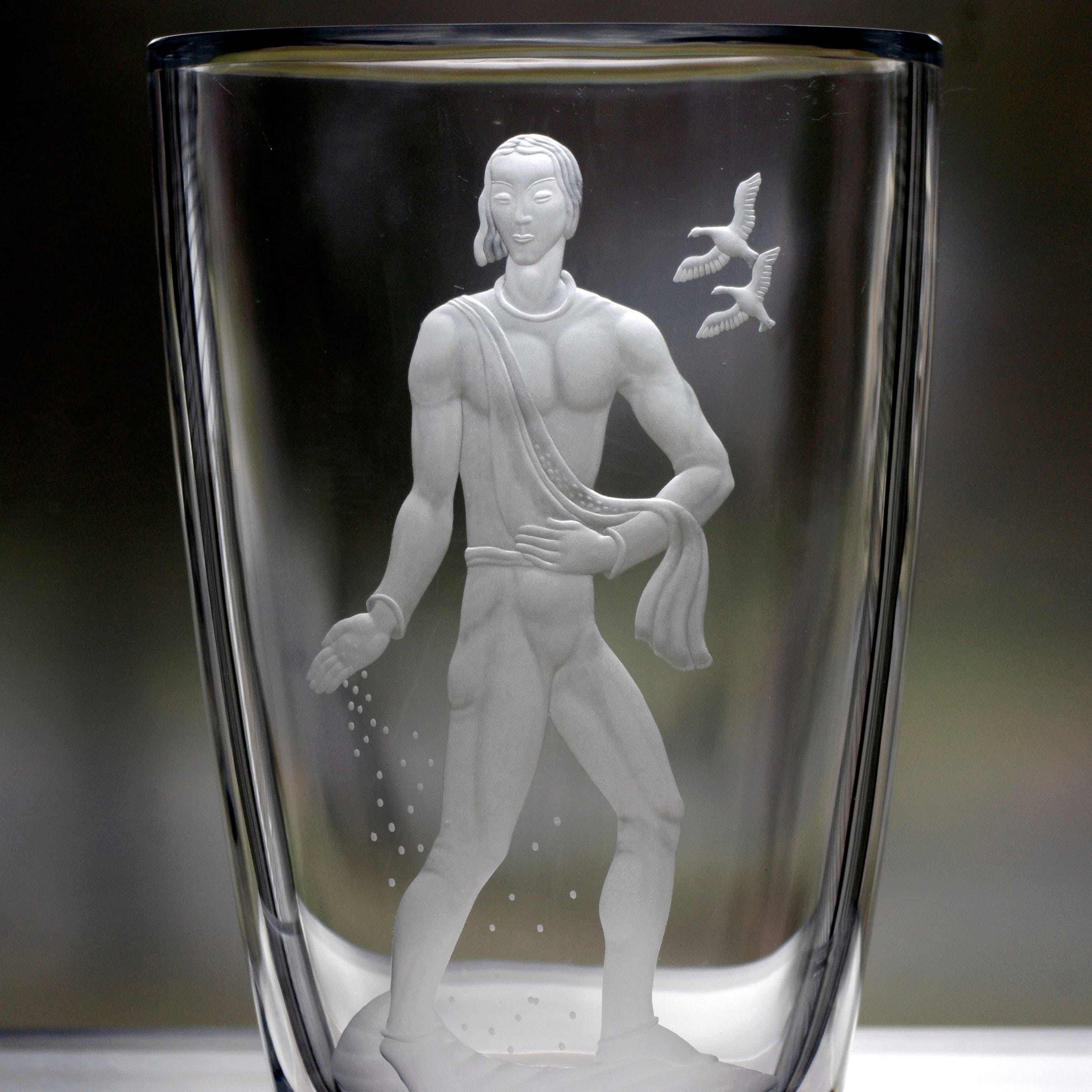 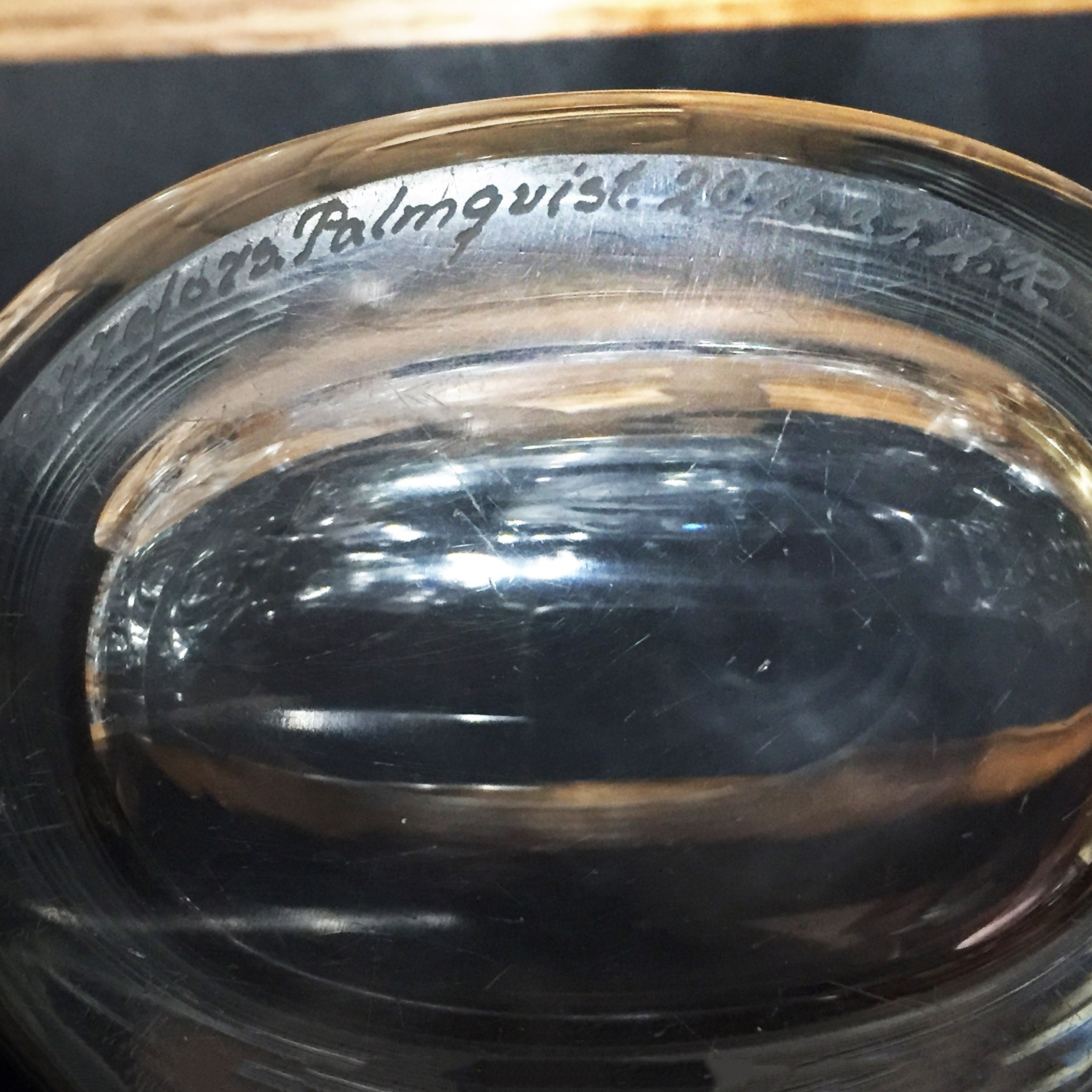 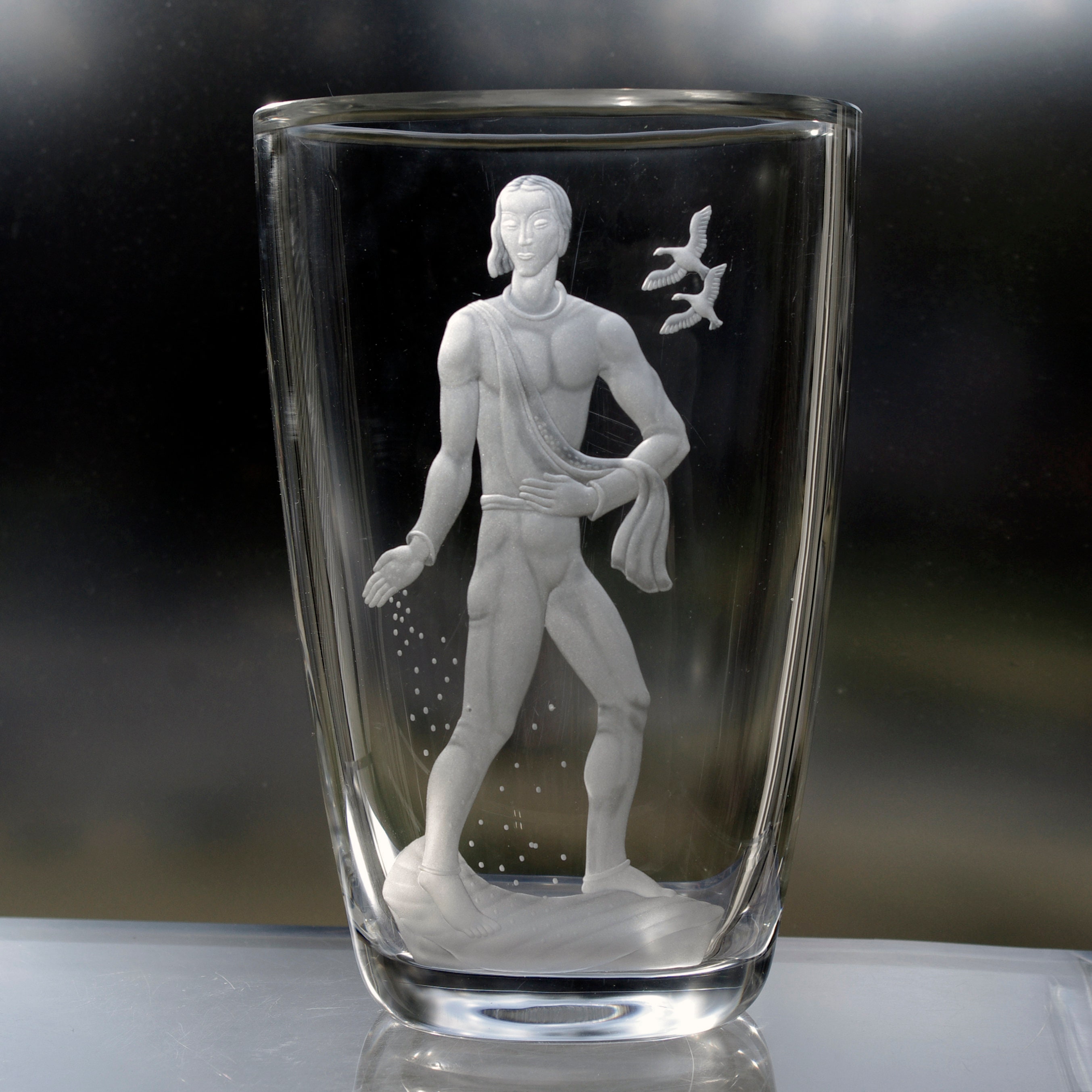 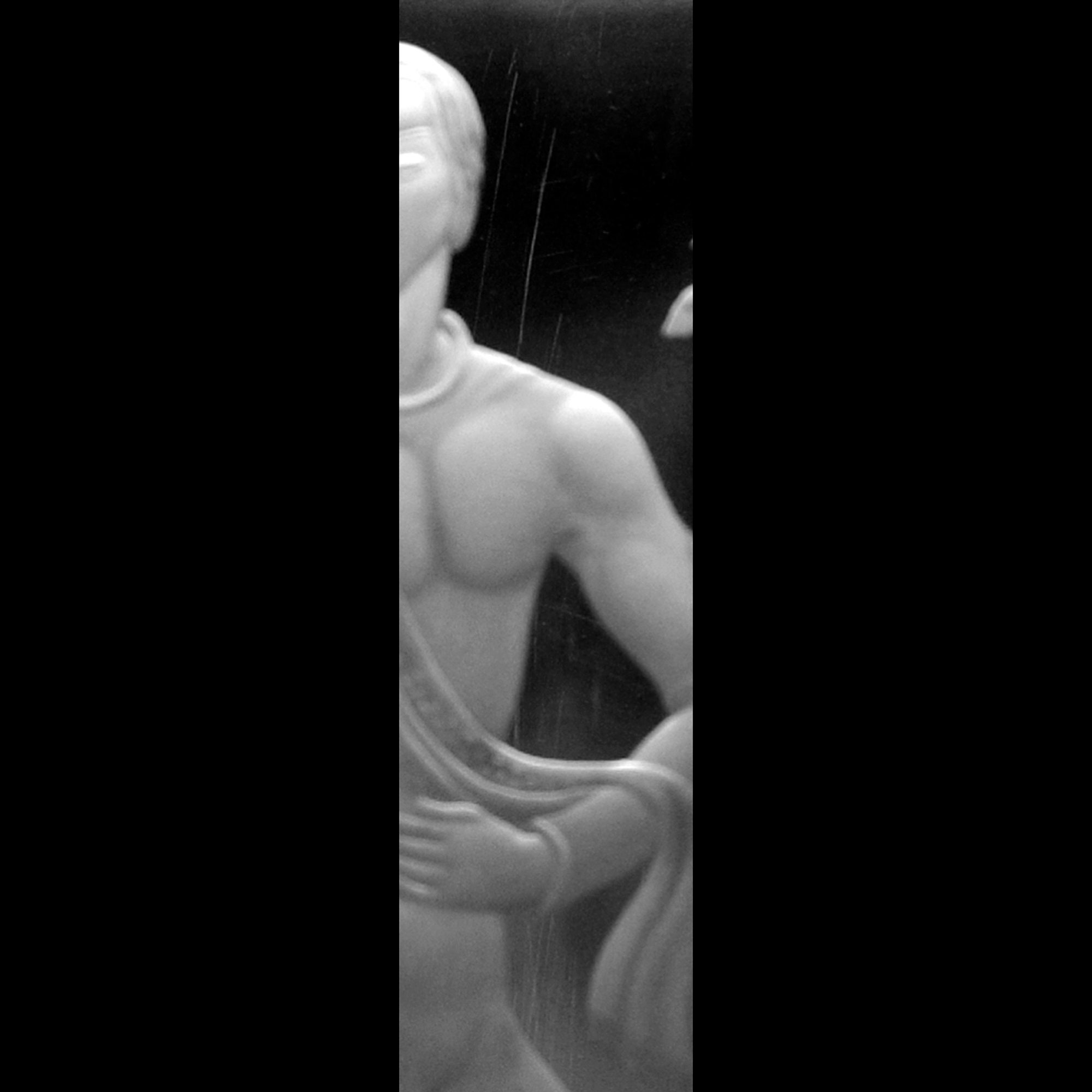 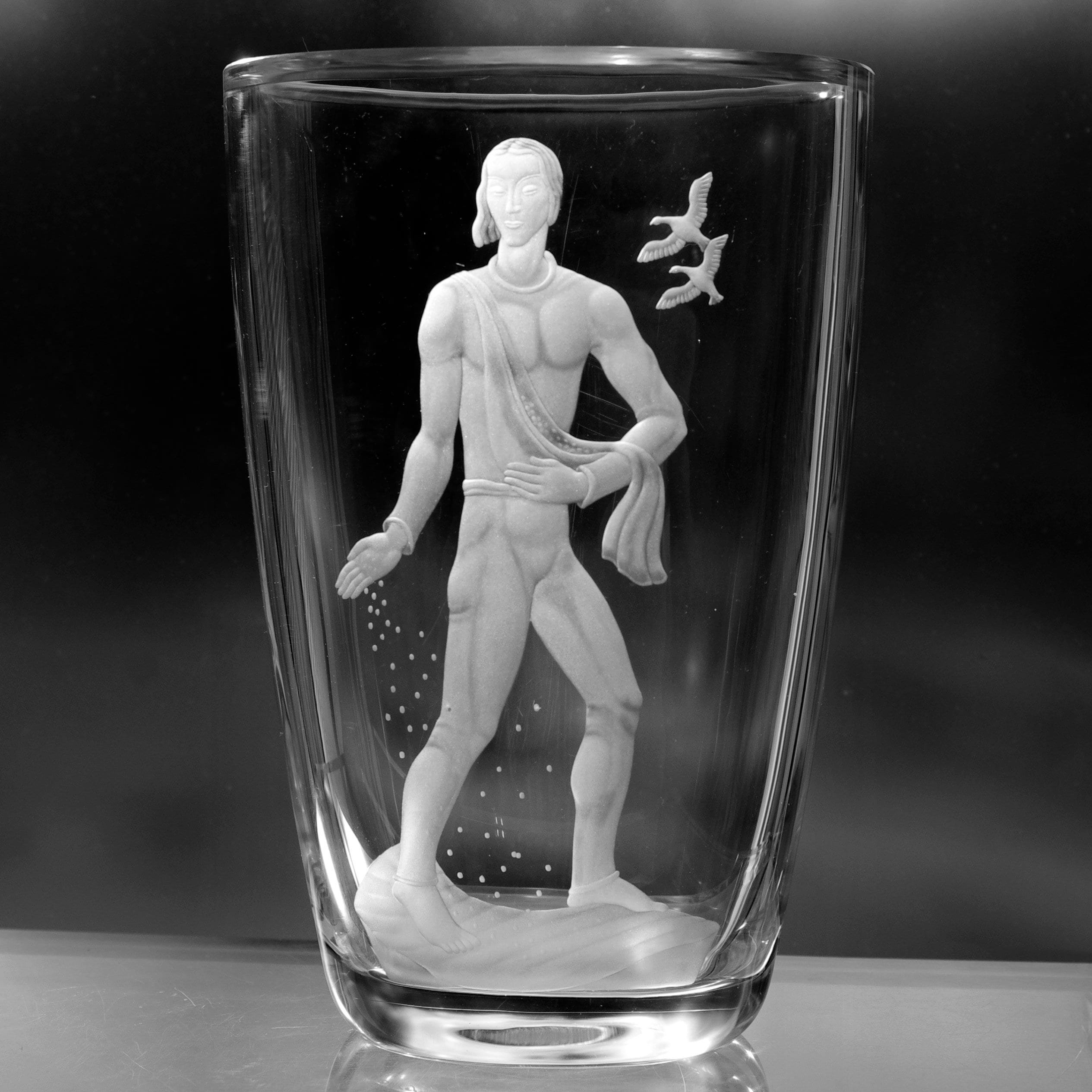 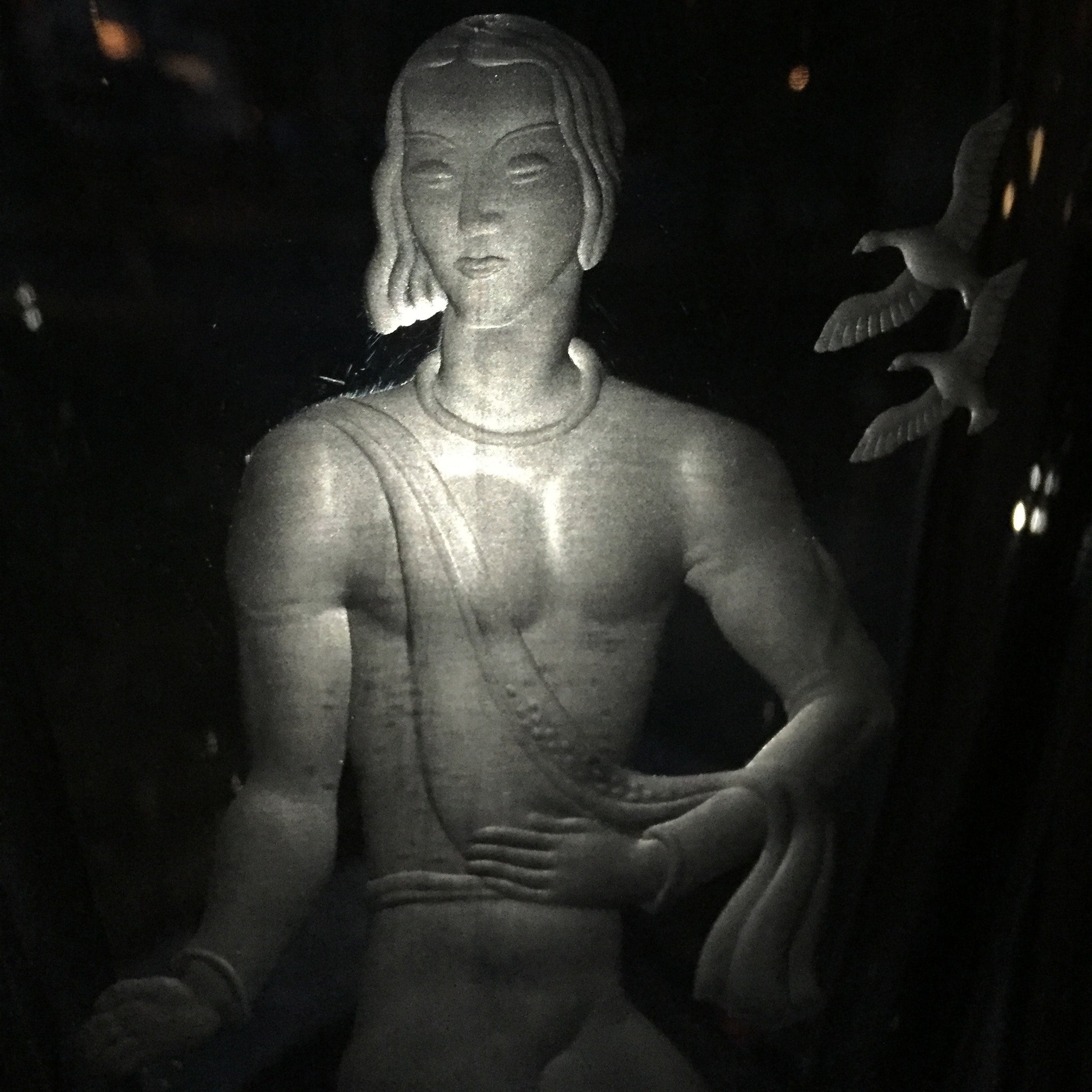 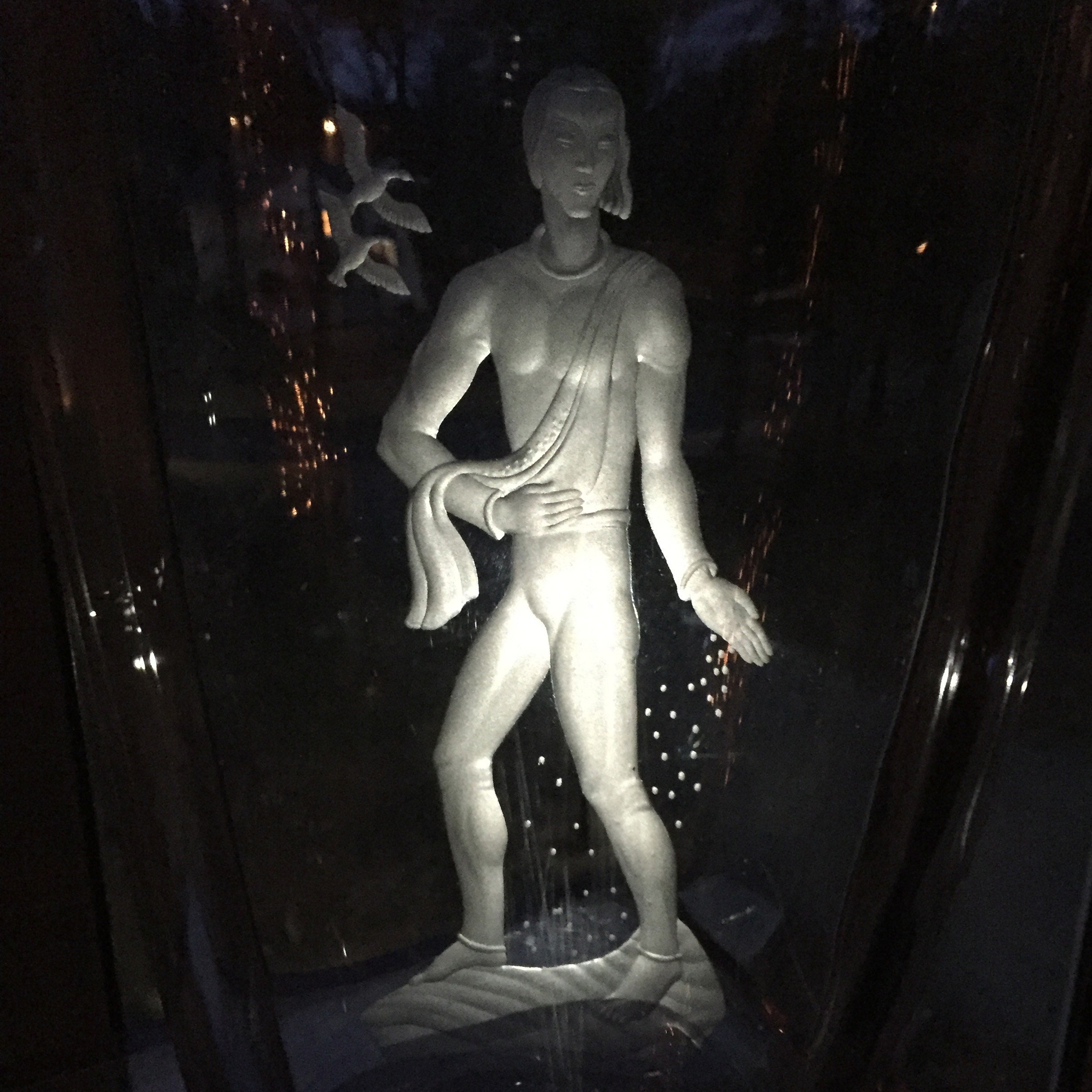 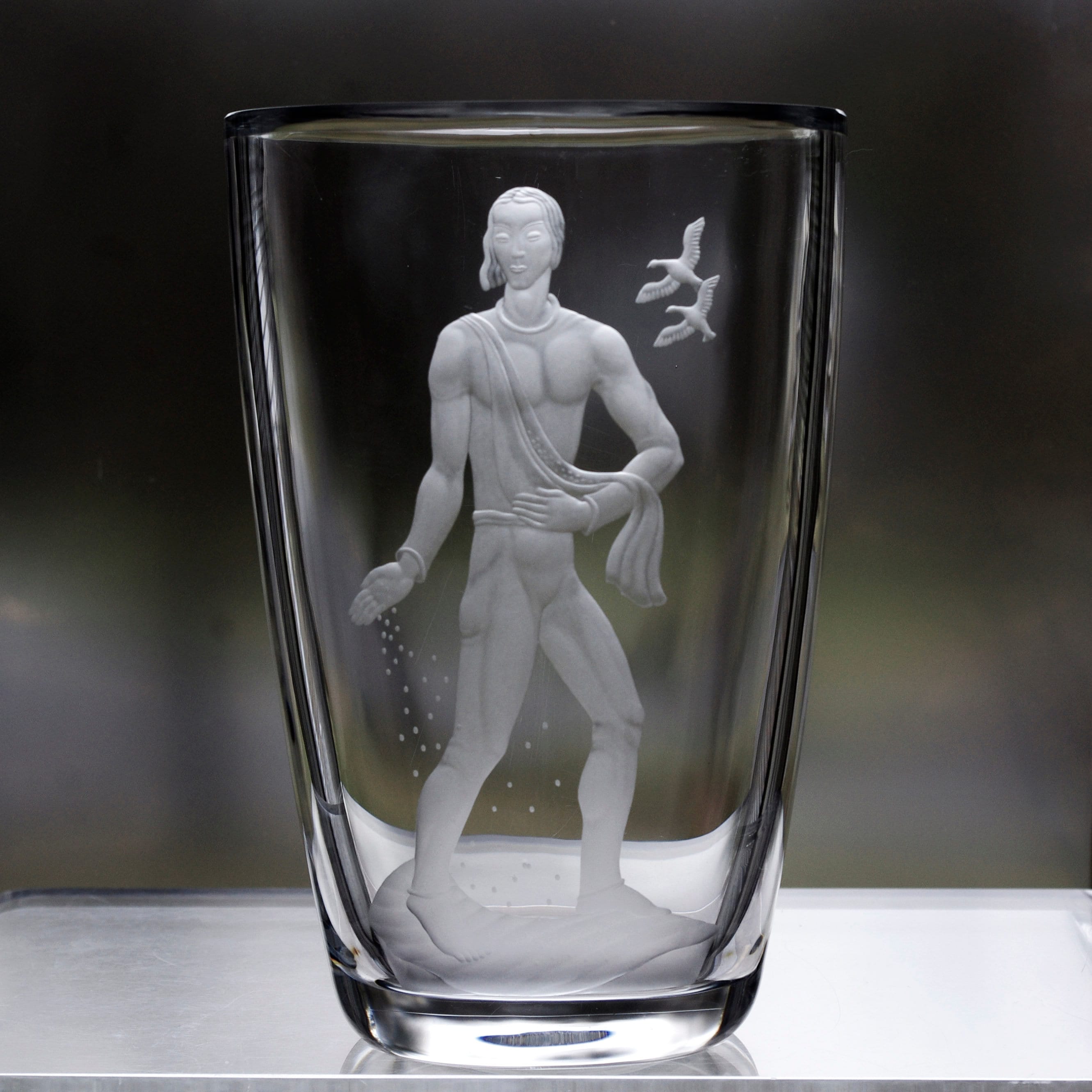 Sven Palmqvist designed this image of a man, scattering seed from a sash, with birds arriving to feed. The large crystal vase is handblown and copper-wheel engraved. Its style shows the influence of the Art Deco movement, with its clean lines and strong, angular human form.

This is a large vase, 6.25" x 4.25" x 9.25", and heavy, weighing 6 pounds. There are some extremely thin scratches on the back of the piece that are hardly noticeable. I tried to make them look as bad as I could in the fifth photo, but honestly, they do not interfere with viewing the great image. The design code 2076 tells me it was designed in 1939, and the date code a5 means that this particular piece was also made in 1939. The initials ÅR refer to the engraver, likely Åke R. Karlsson.