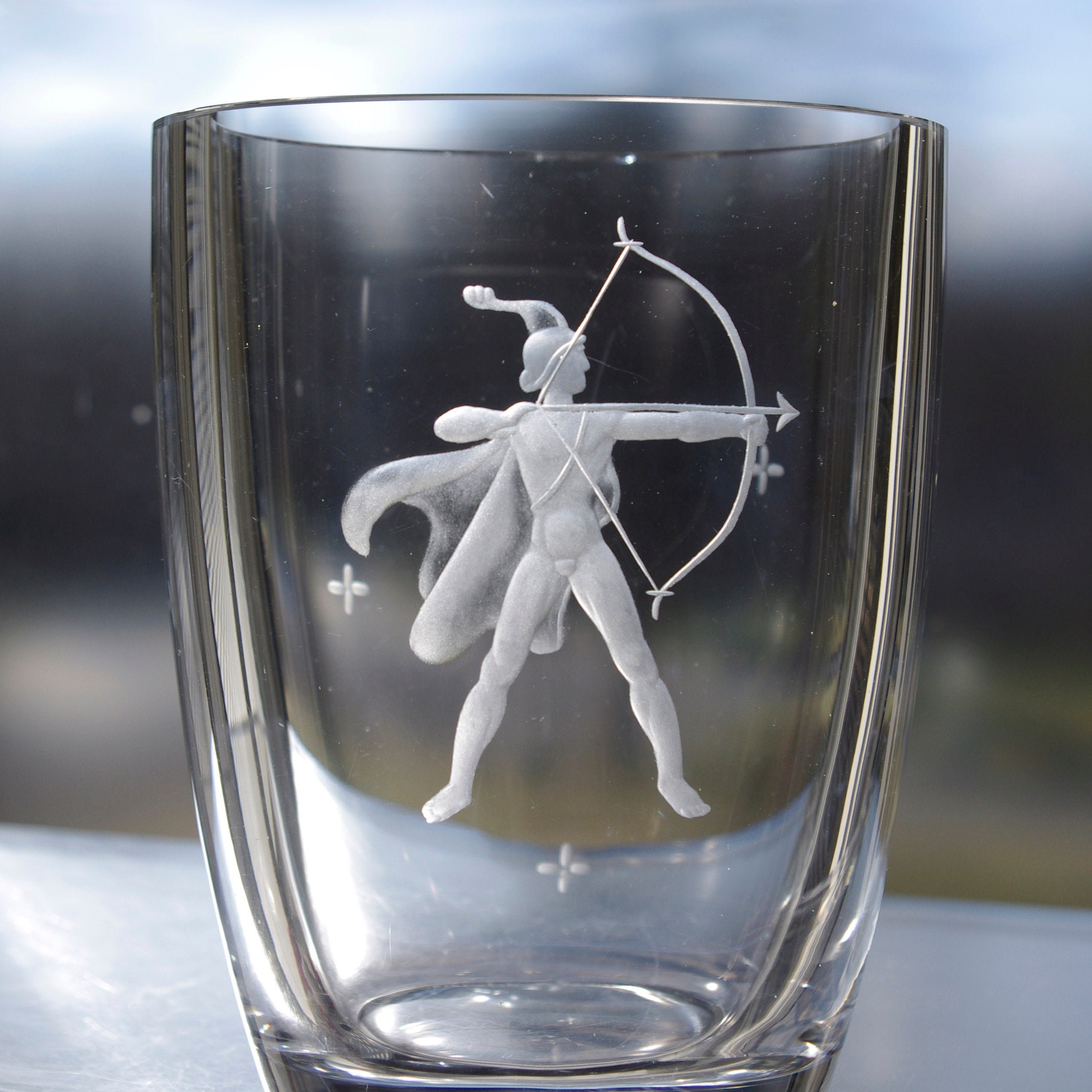 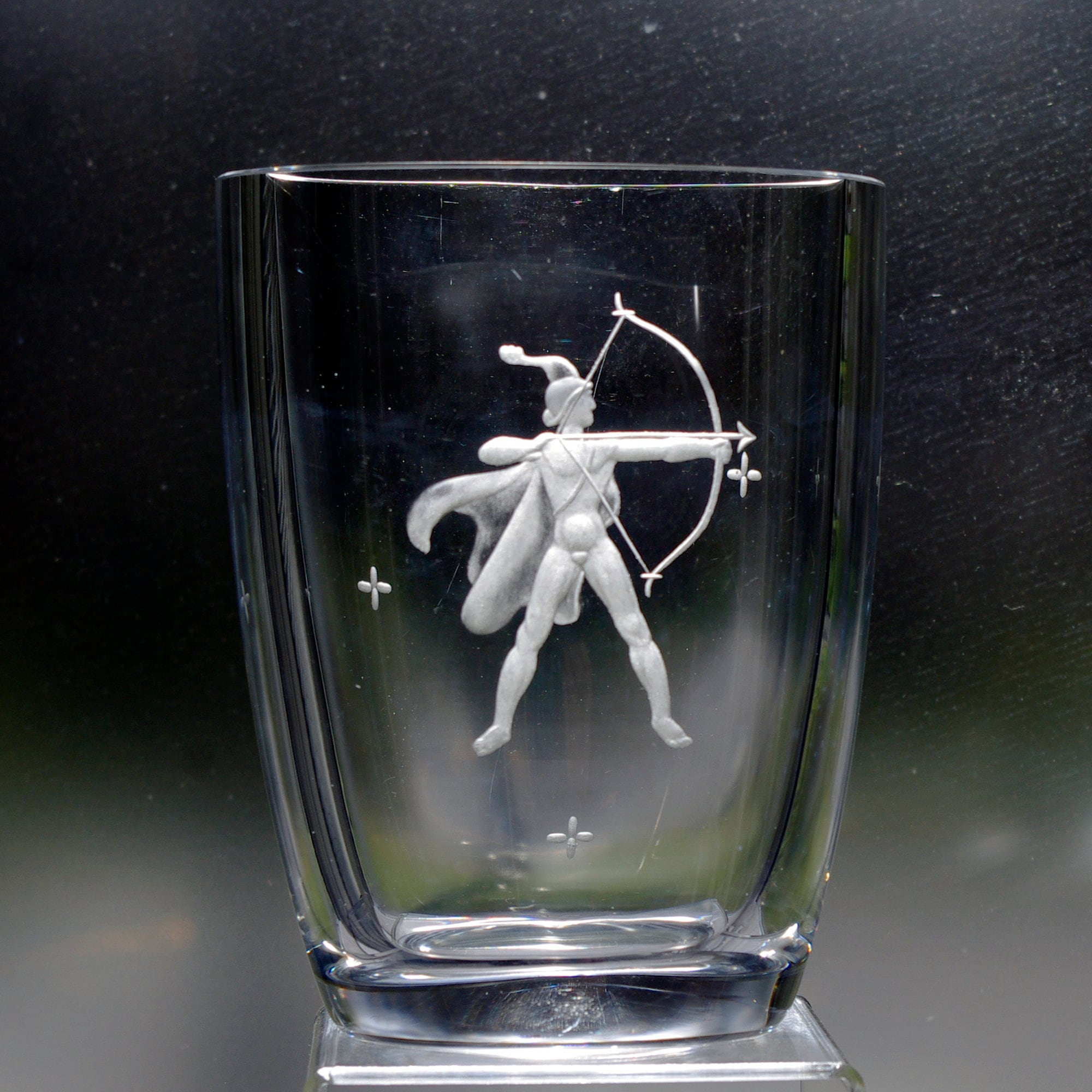 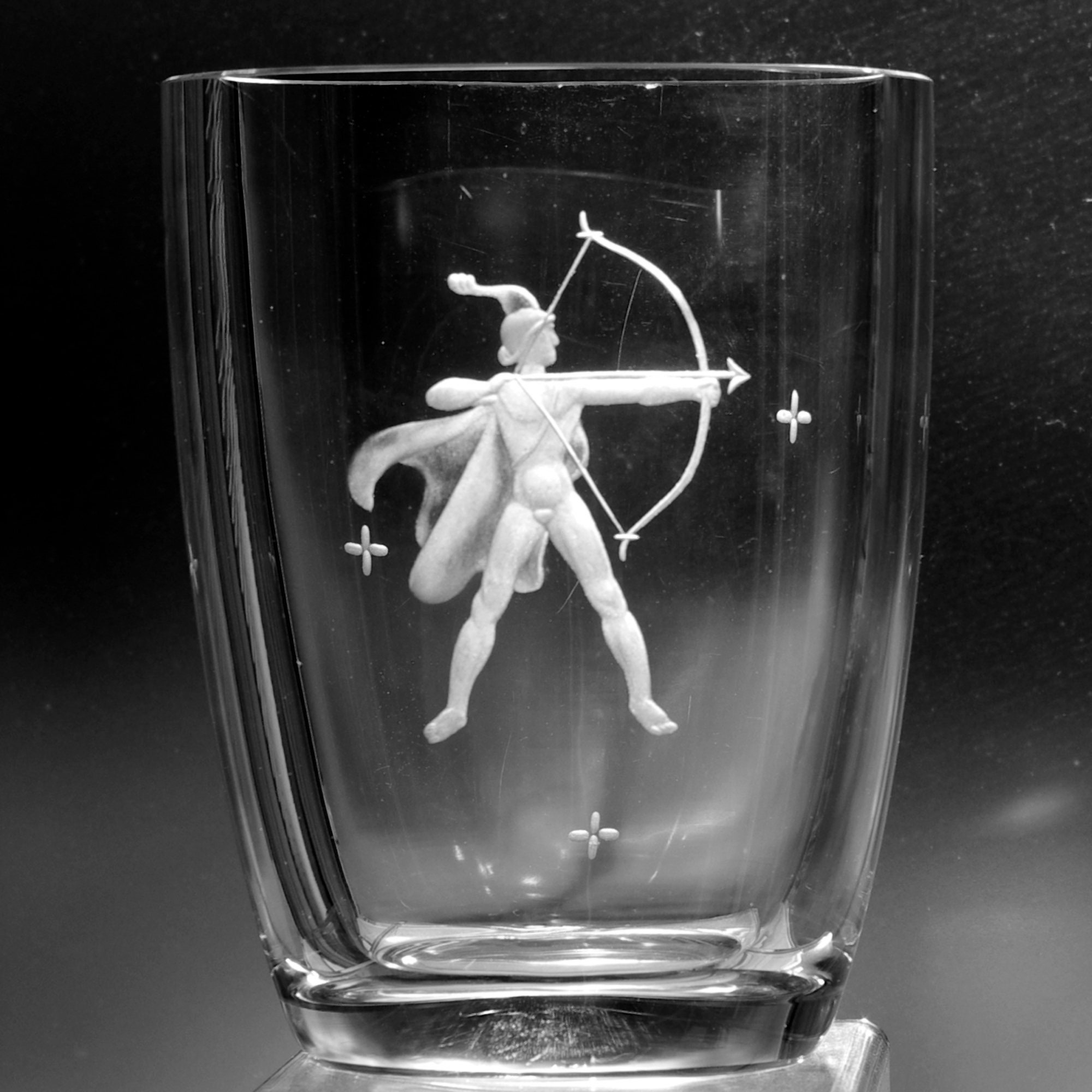 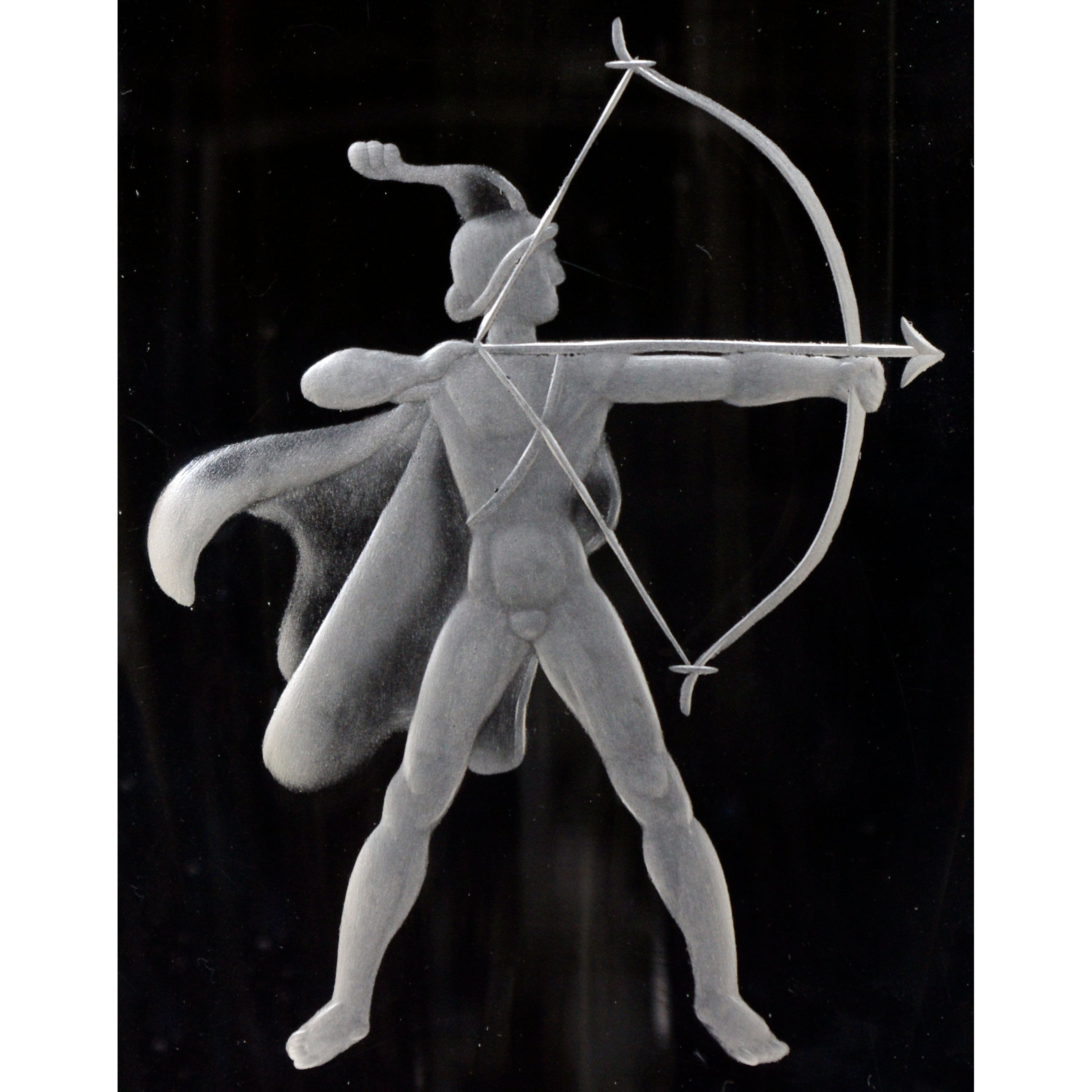 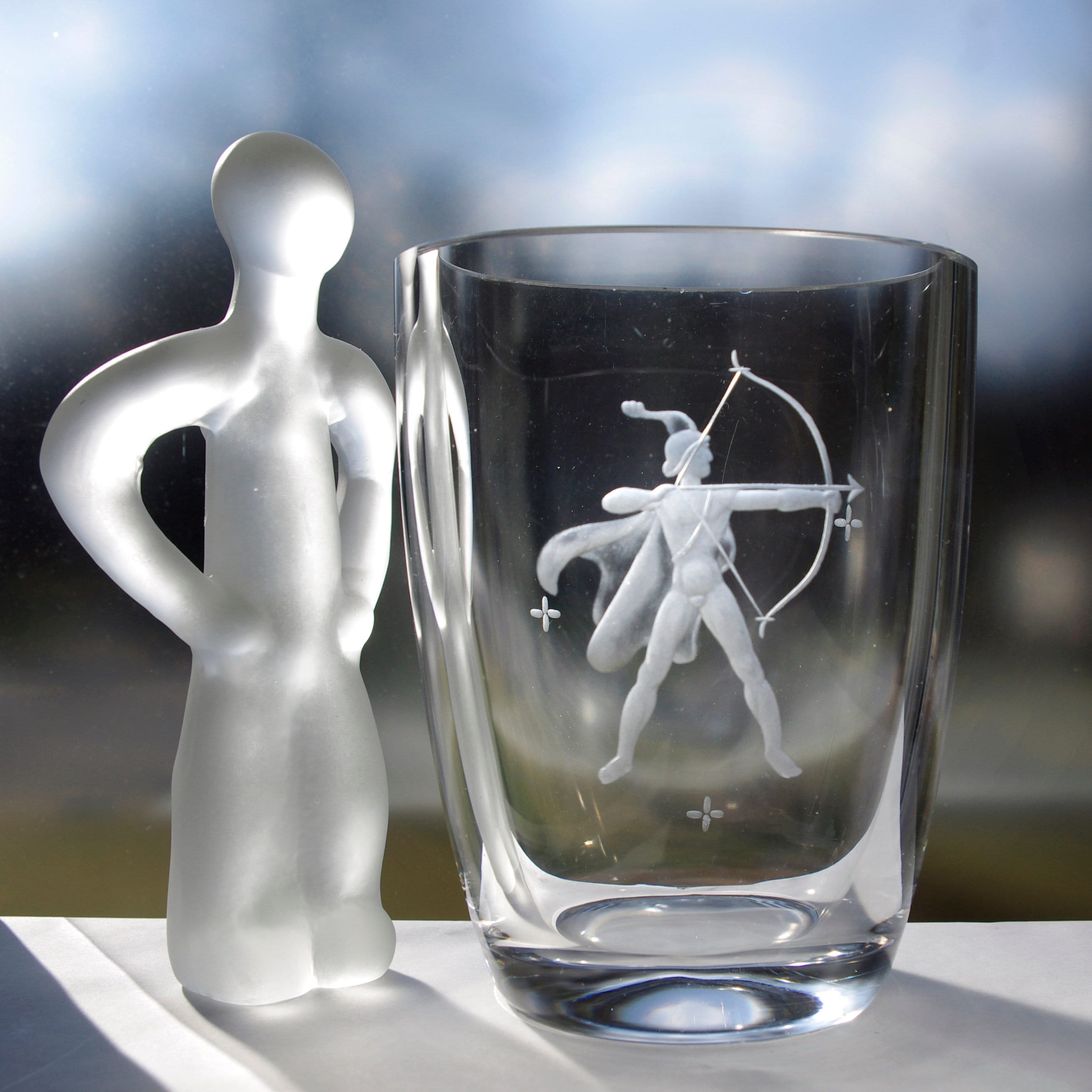 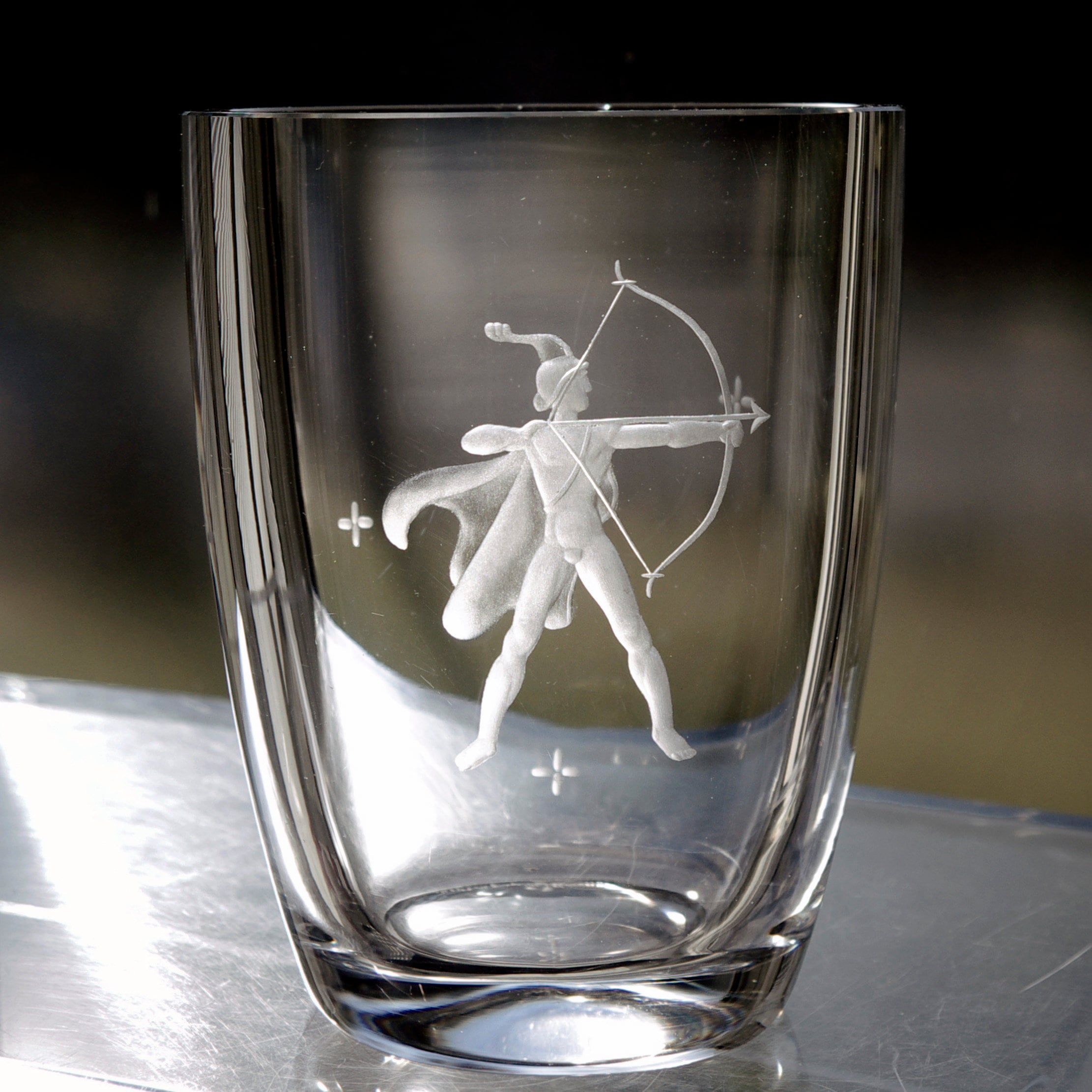 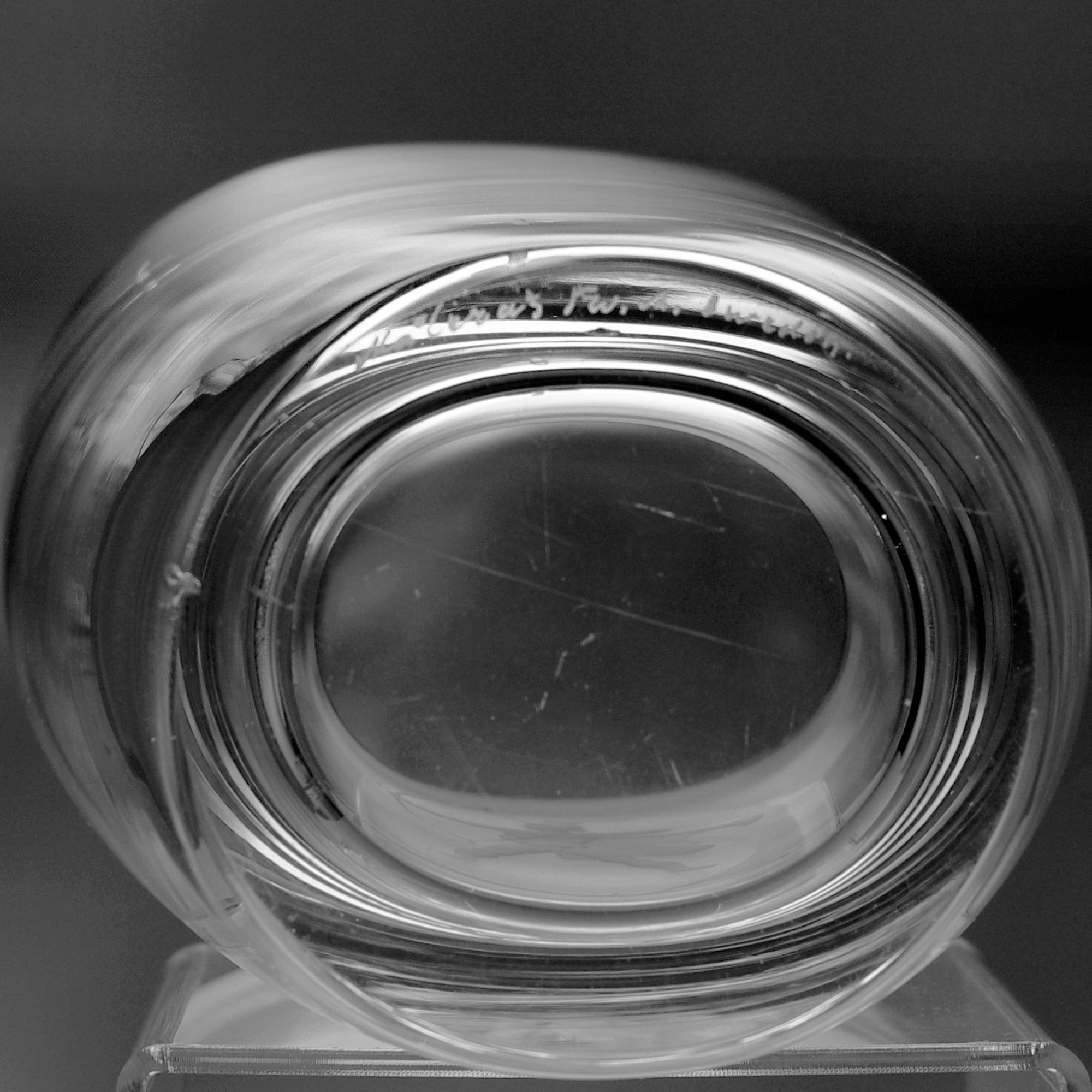 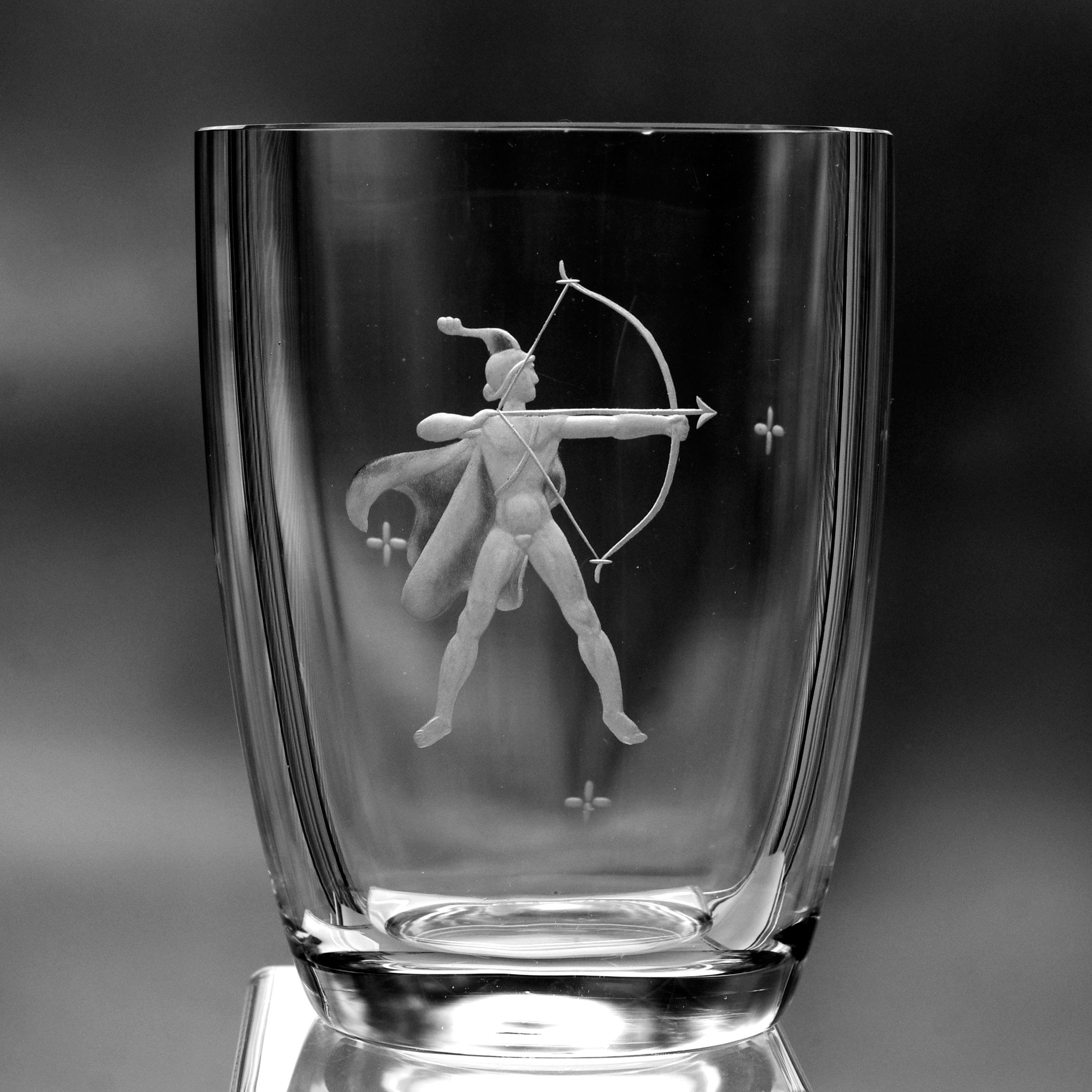 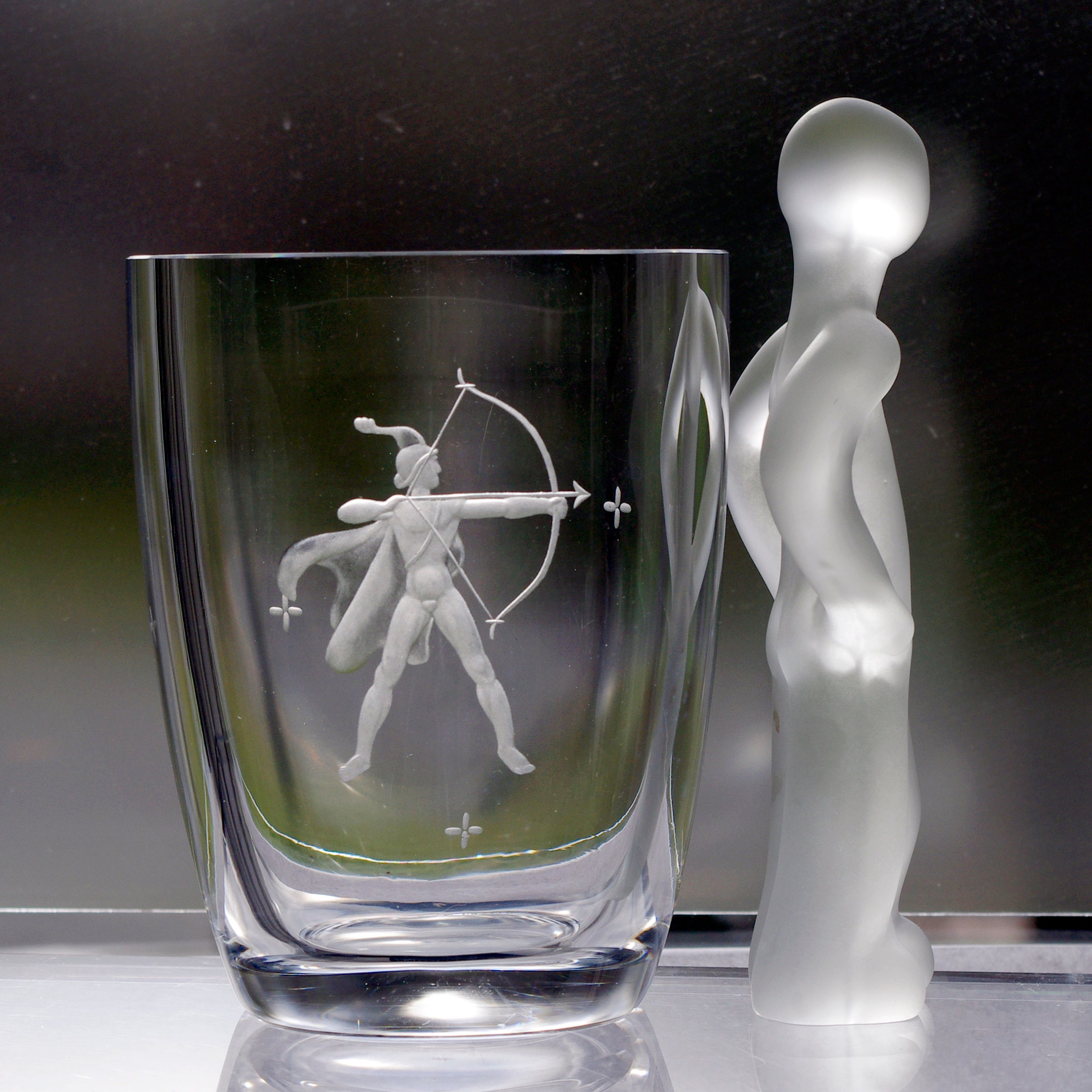 This vintage, copper-wheel engraved crystal vase was made at Målerås, likely in the 1950s. The designer, Folke Walving, captured the regal stance of the archer, poised to release his arrow from his bow. The archer wears a cape and helmet, and little else. The condition is excellent, with only the hint of age. The vase is 6.5 inches tall and weighs almost 4 pounds - it is lead crystal.