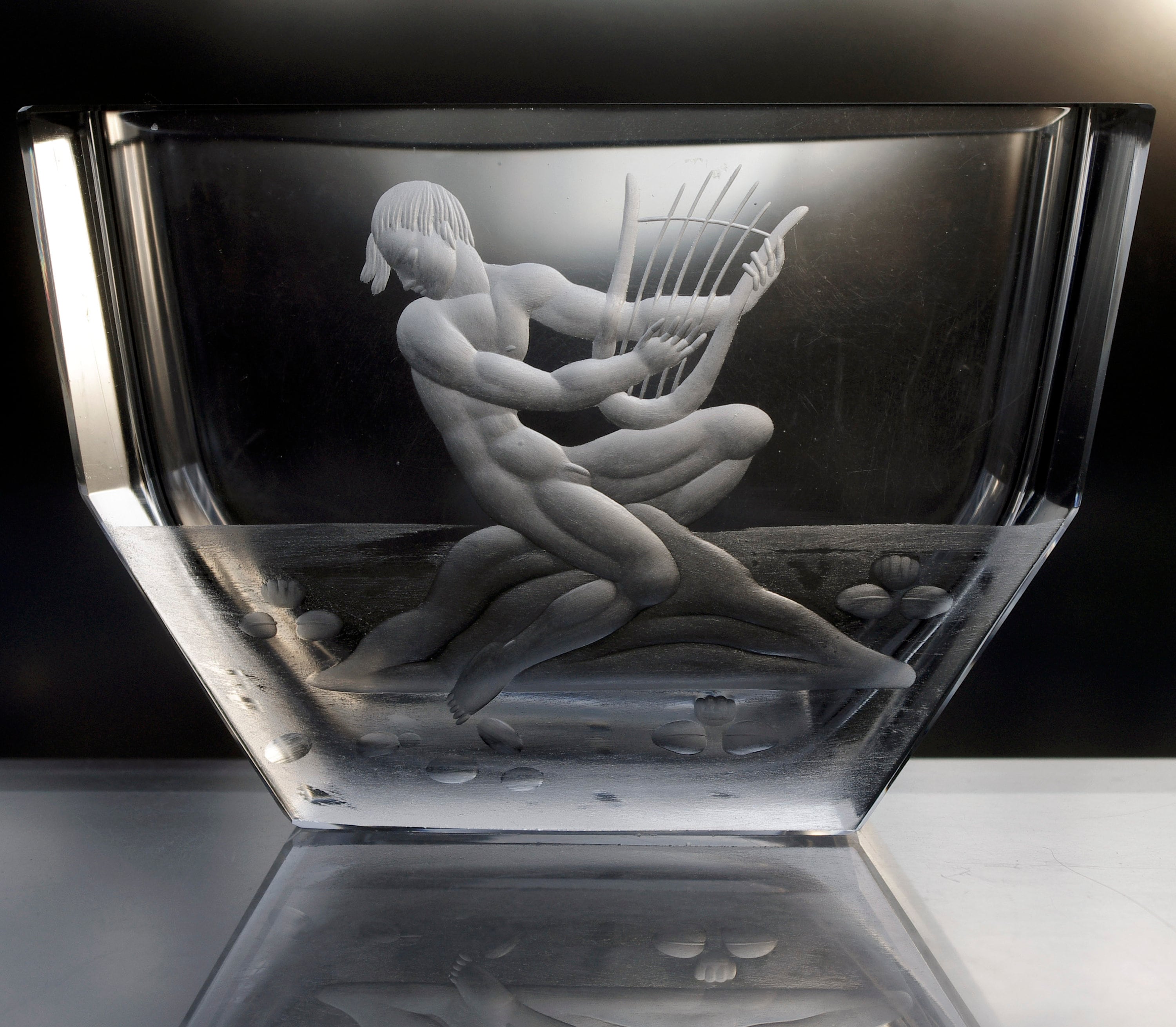 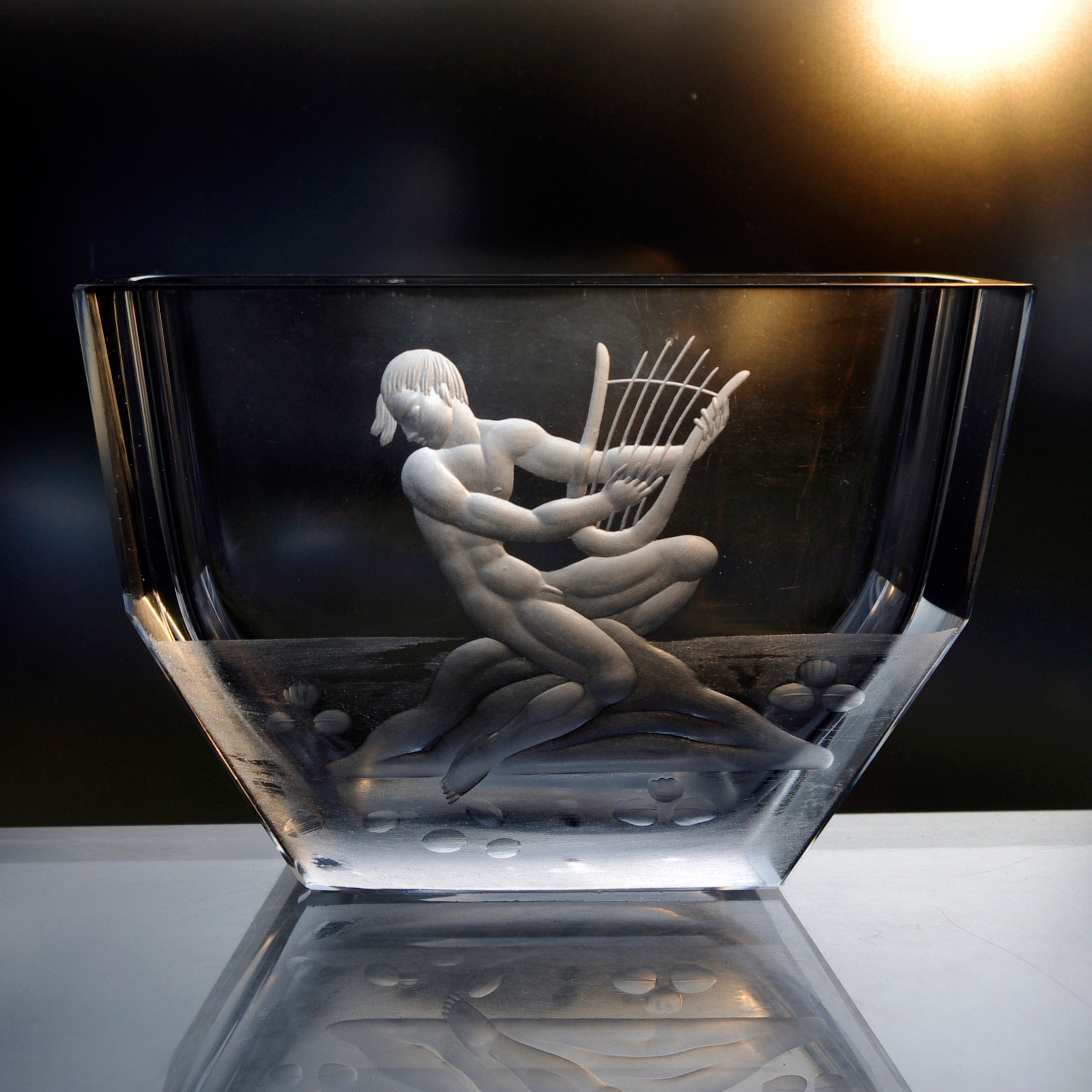 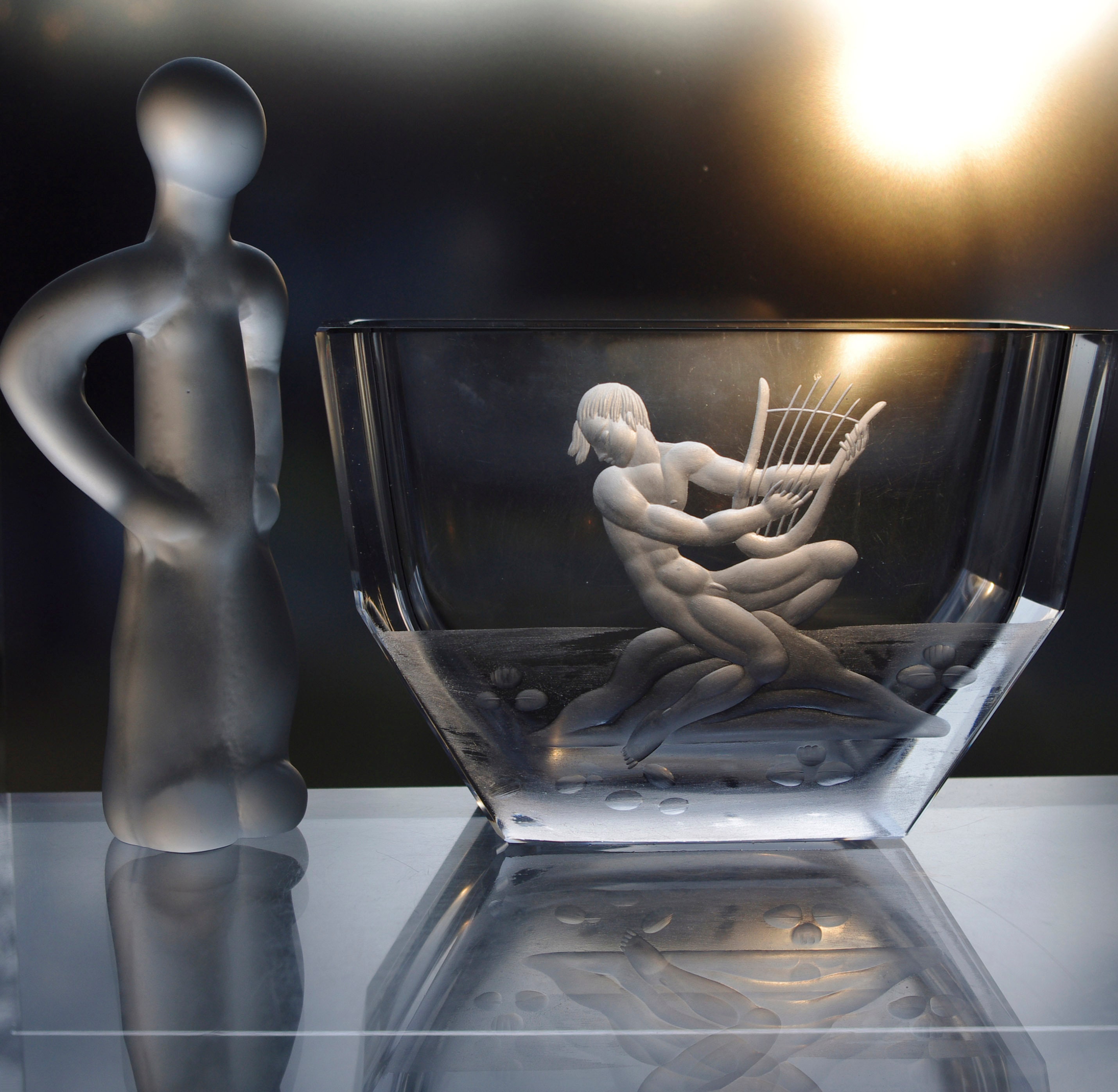 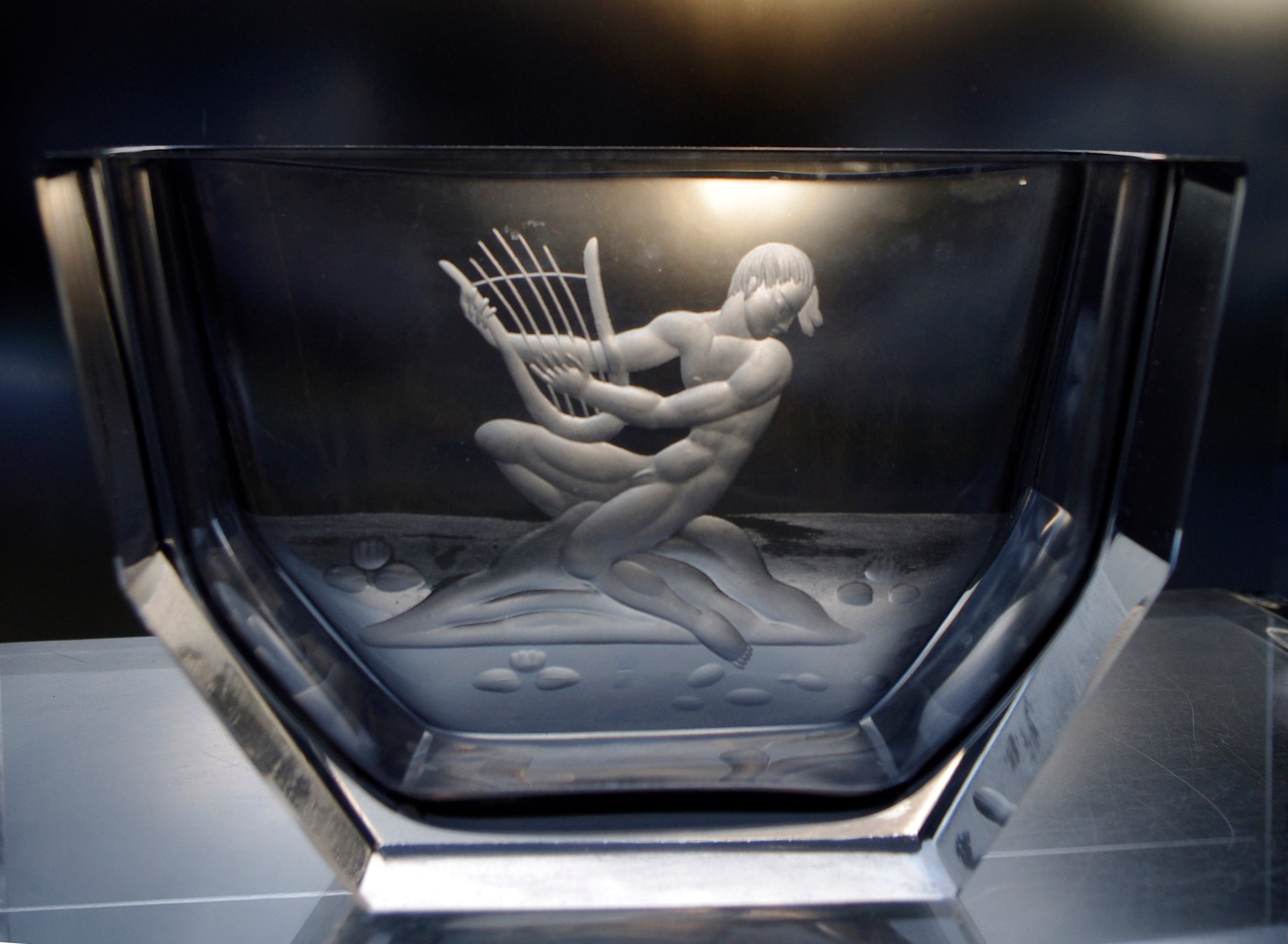 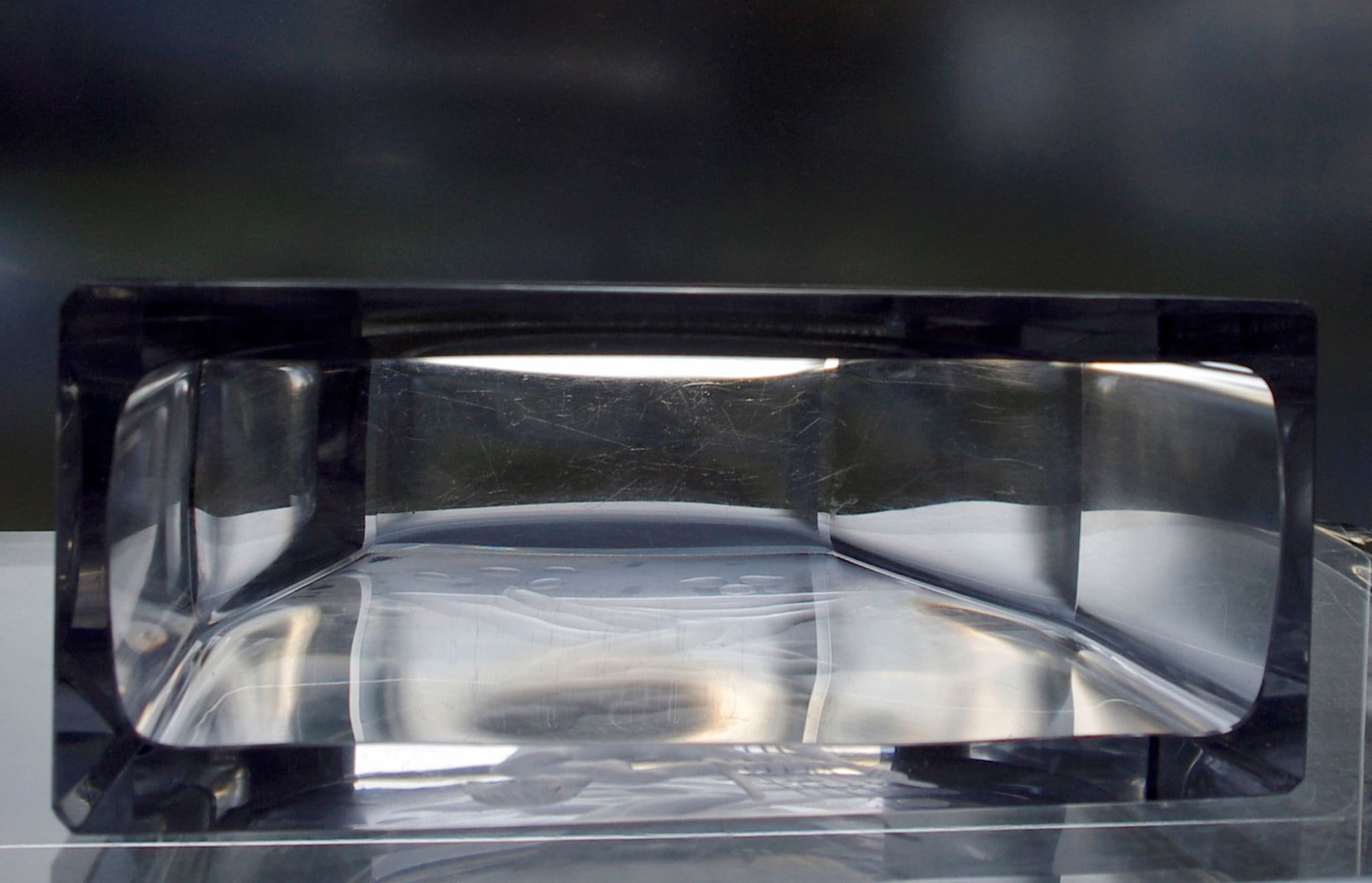 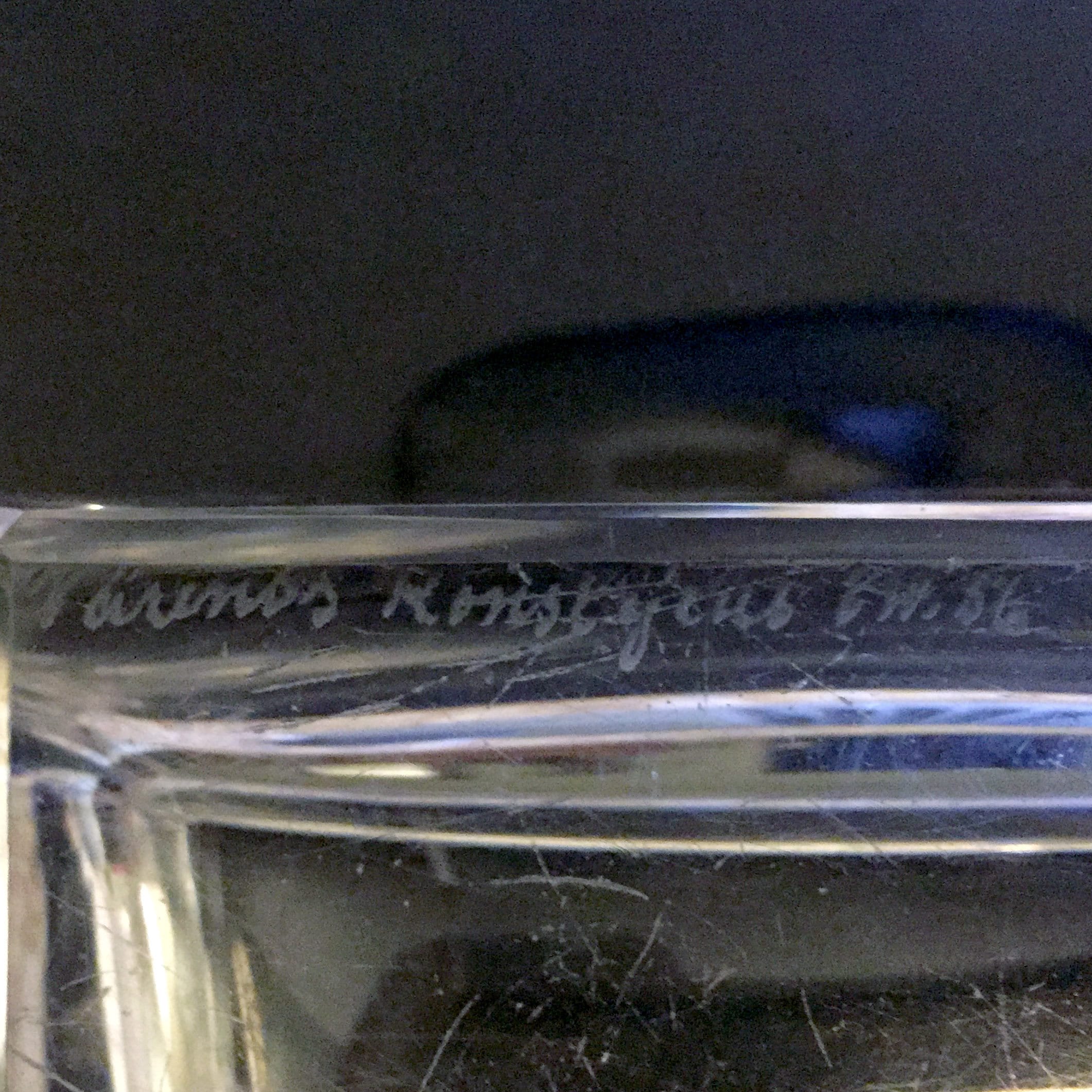 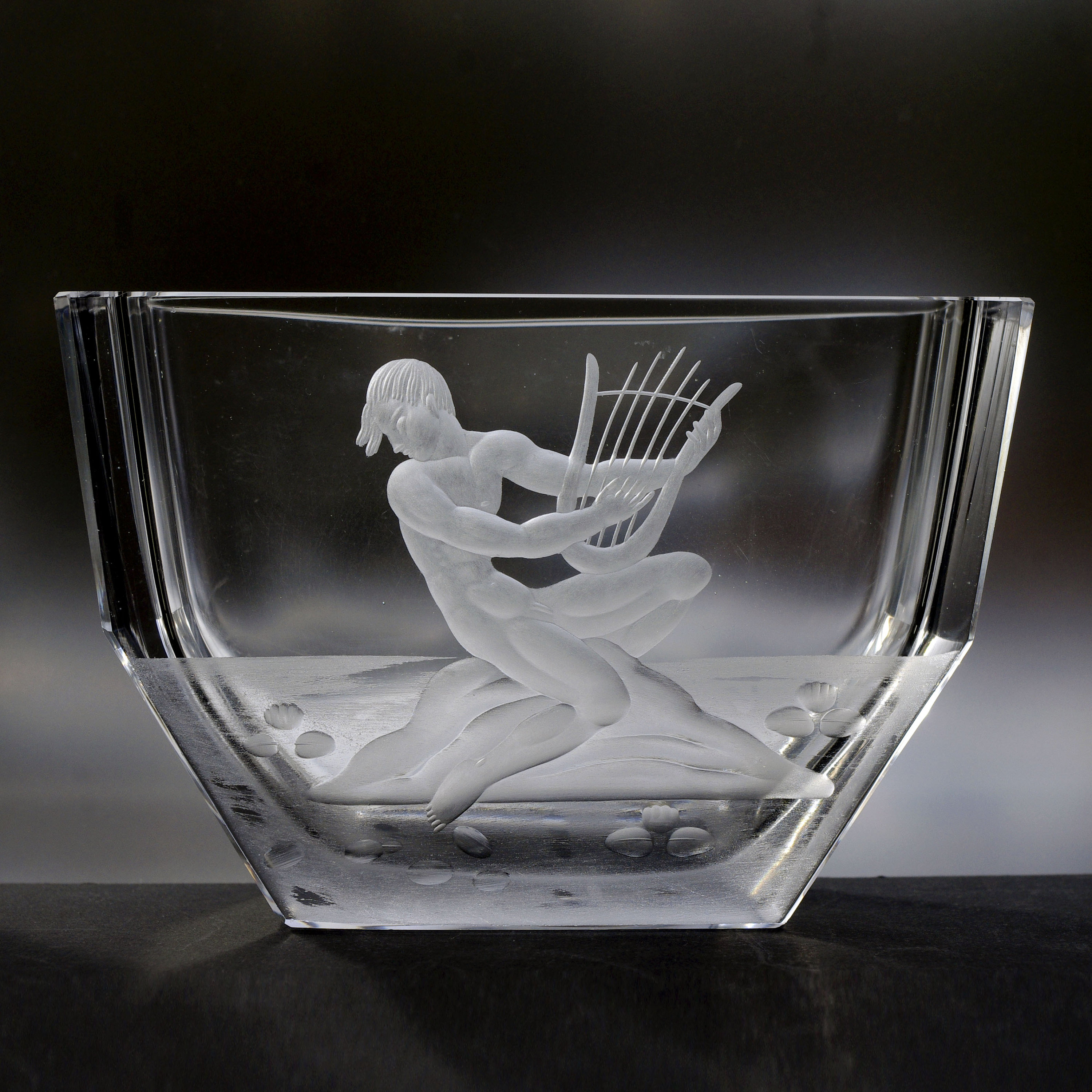 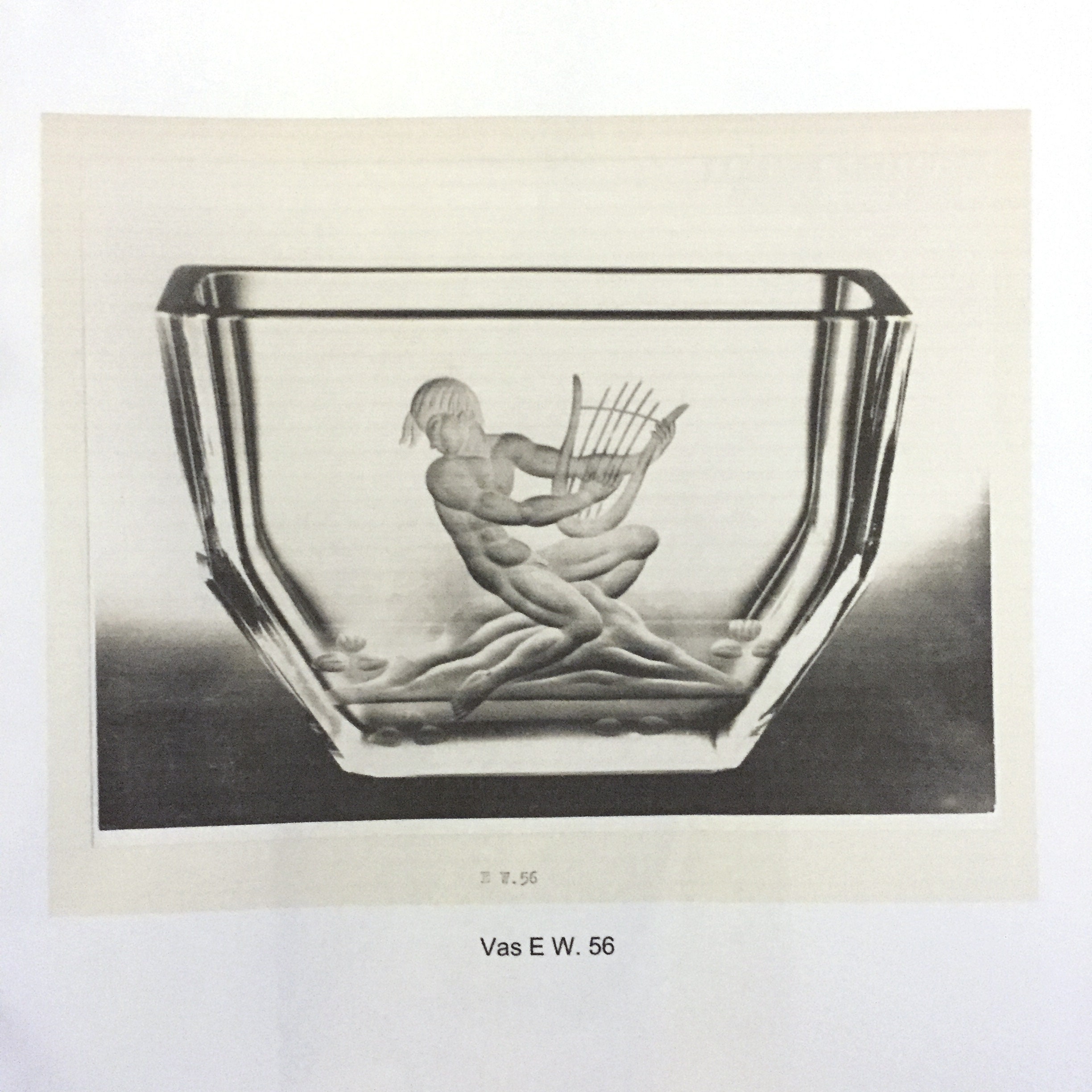 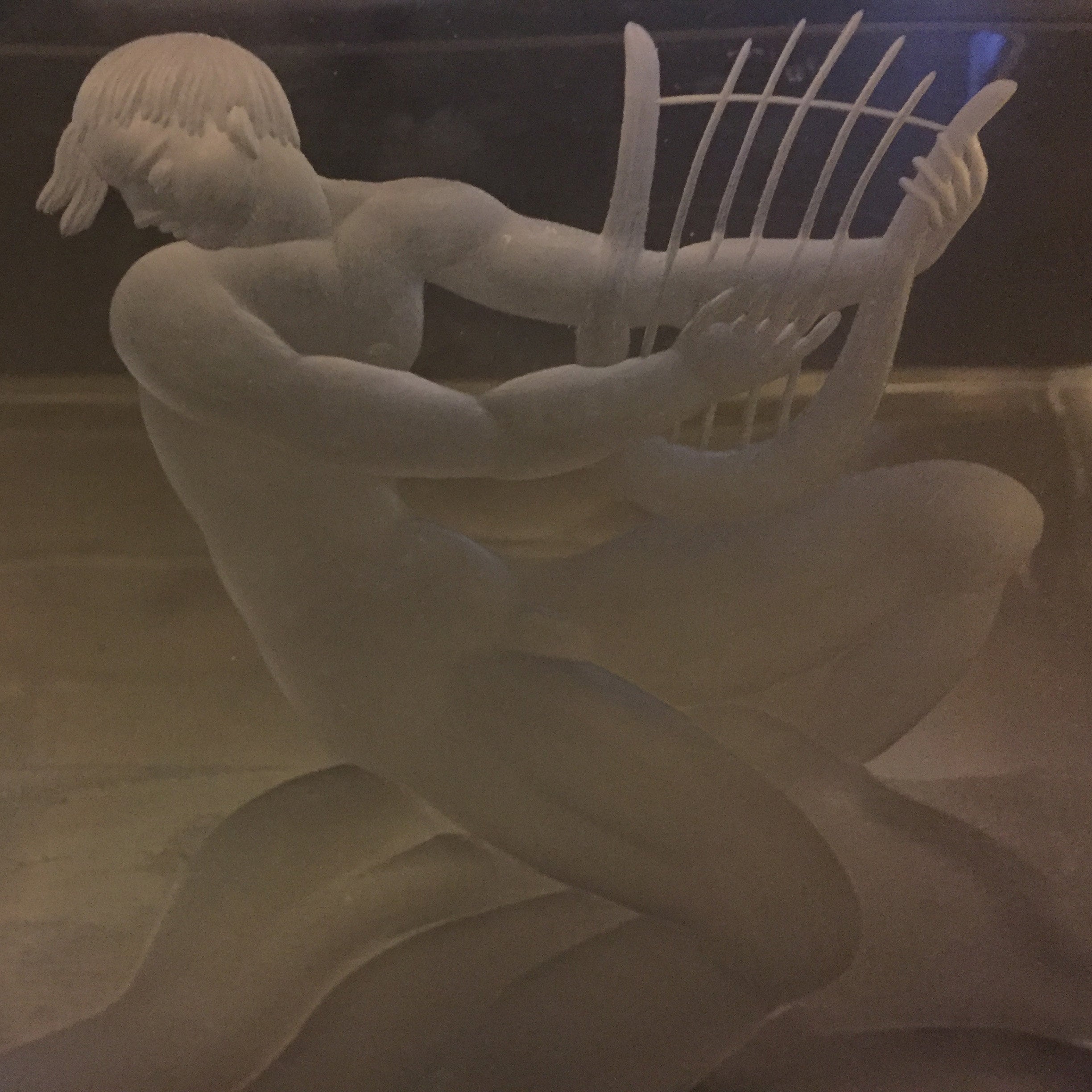 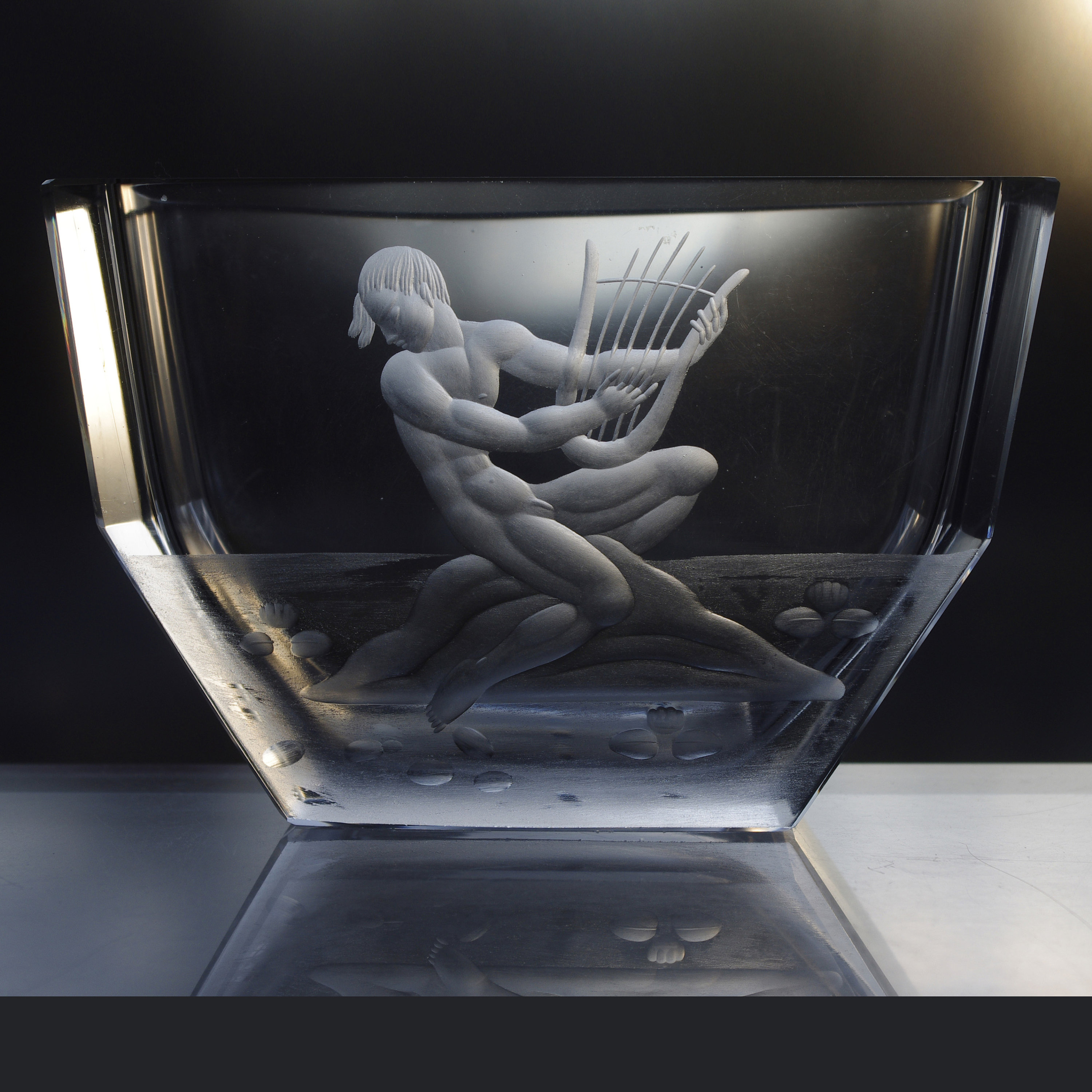 Swedish artist Emil Weidlich, 1895-1986, engraved this handblown crystal vase with a dramatic figure of a nude man holding a lyre, presumably Orpheus, sitting upon a stylized rock, surrounded by water. It is a typical Weidlich motif, as he was highly influenced by the Art Deco movement, and his mentor, Simon Gate, taught him the value and the timelessness of a nude. (I'm not as sure about the timelessness of the hair style...) Careful treatment of the musculature, all created by pressing the glass against spinning copper wheels, is another Weidlich hallmark.

The base is signed Värends Konstglas (which means "art glass"), E.W. 56, for Emil Weidlich and style number 56, so that's rather early in his production. It is a medium-sized piece, 7.5" x 3" x 5", and it weighs almost 4 pounds. It has the tiniest of fleabites to one upper corner and expected wear to its base. It is in truly remarkable condition for its age.