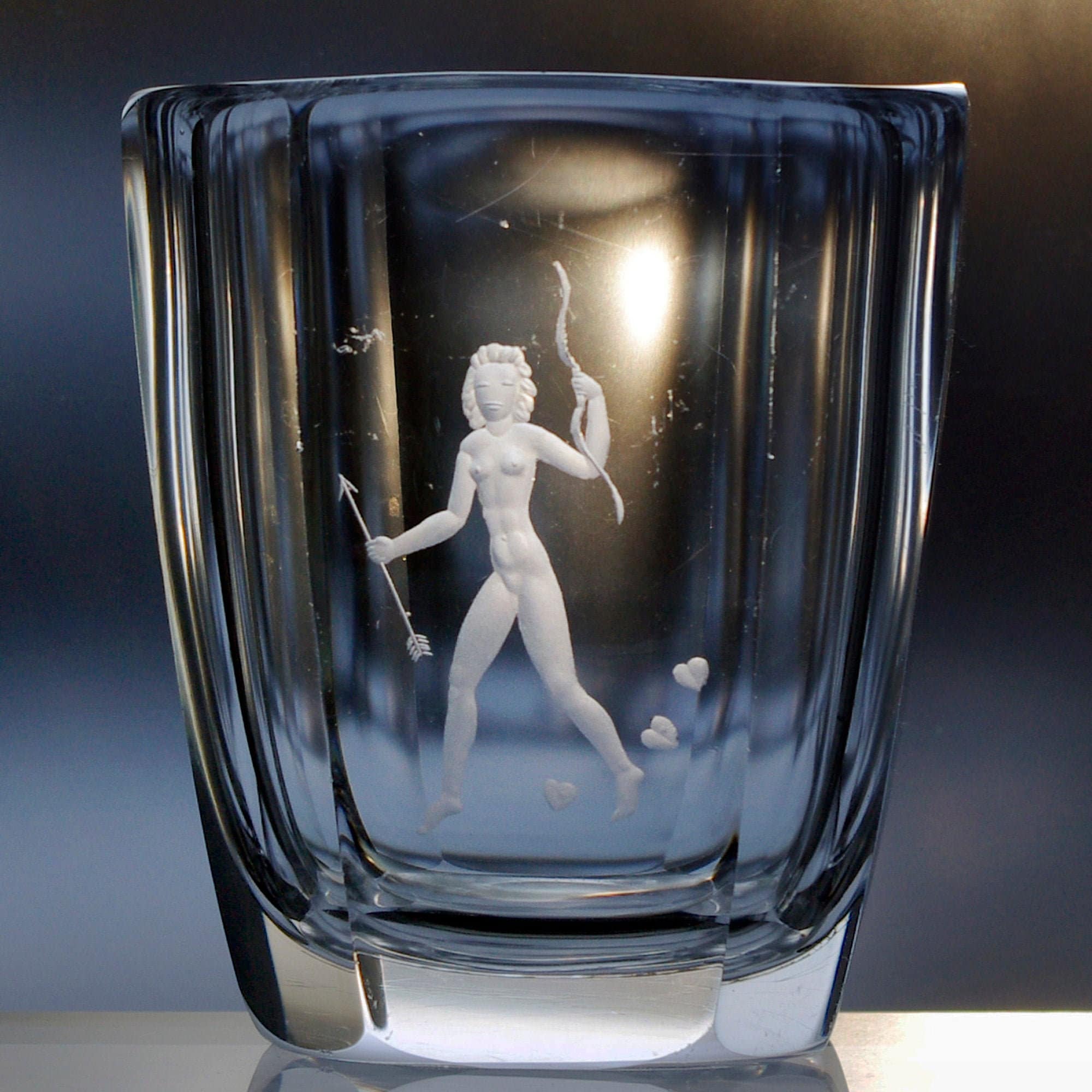 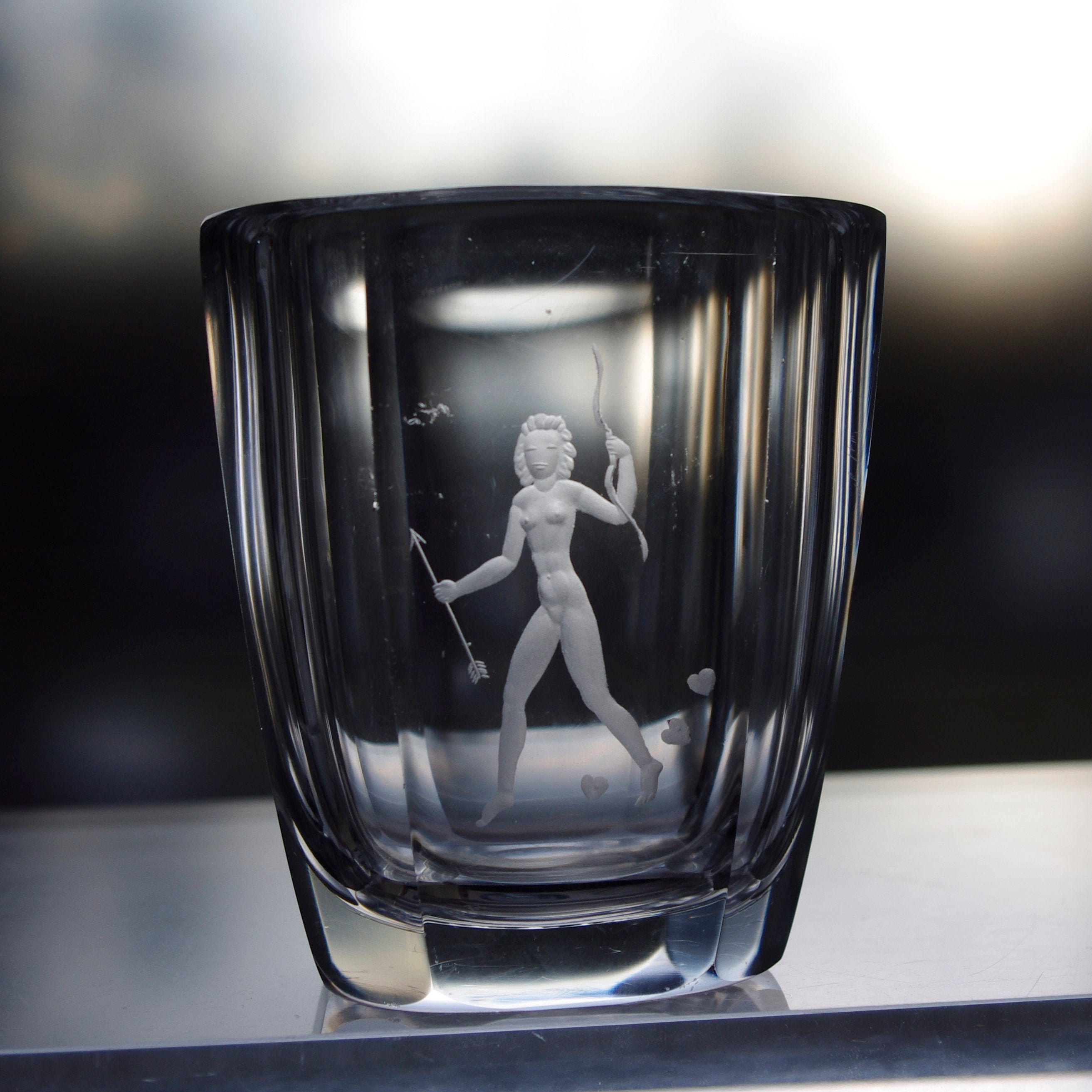 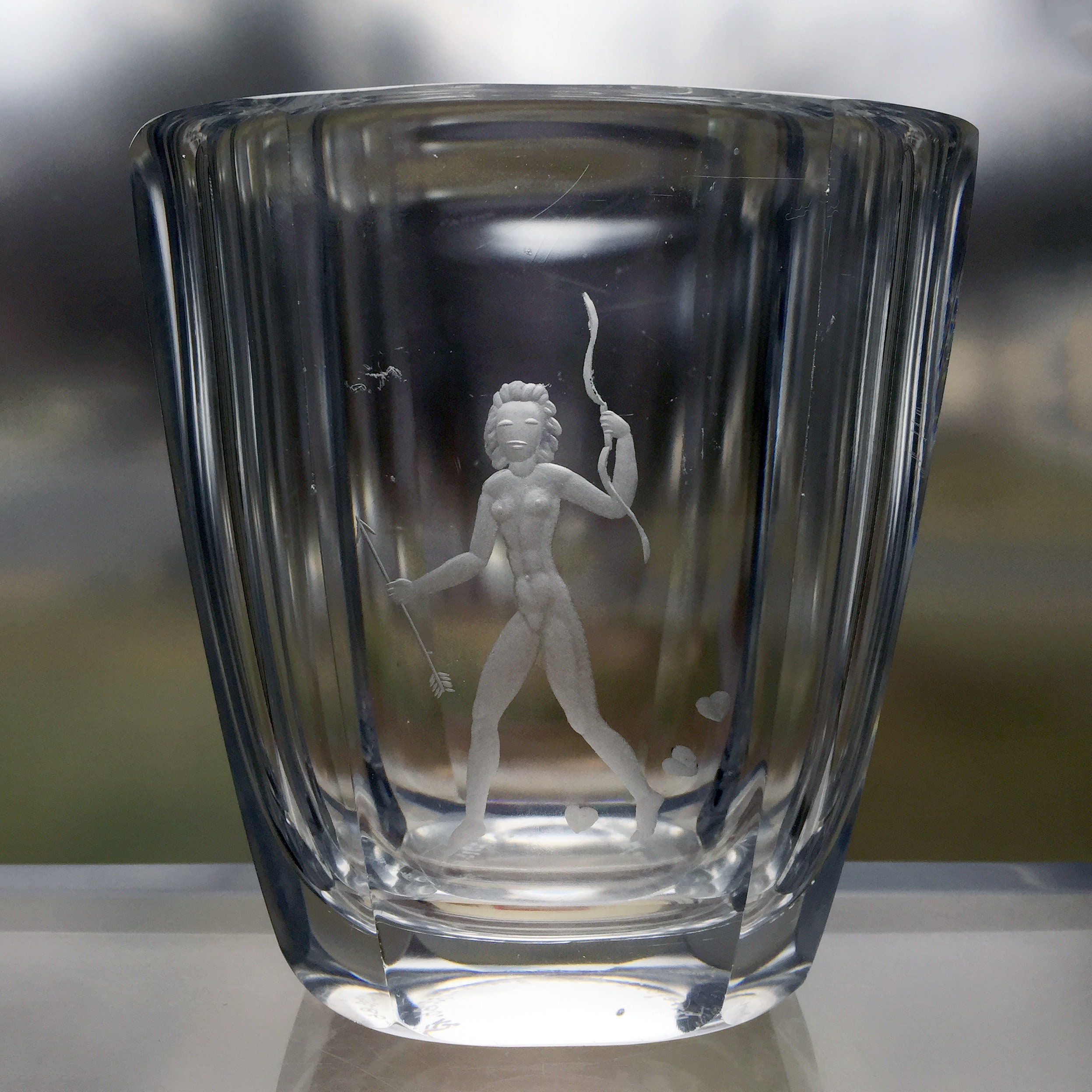 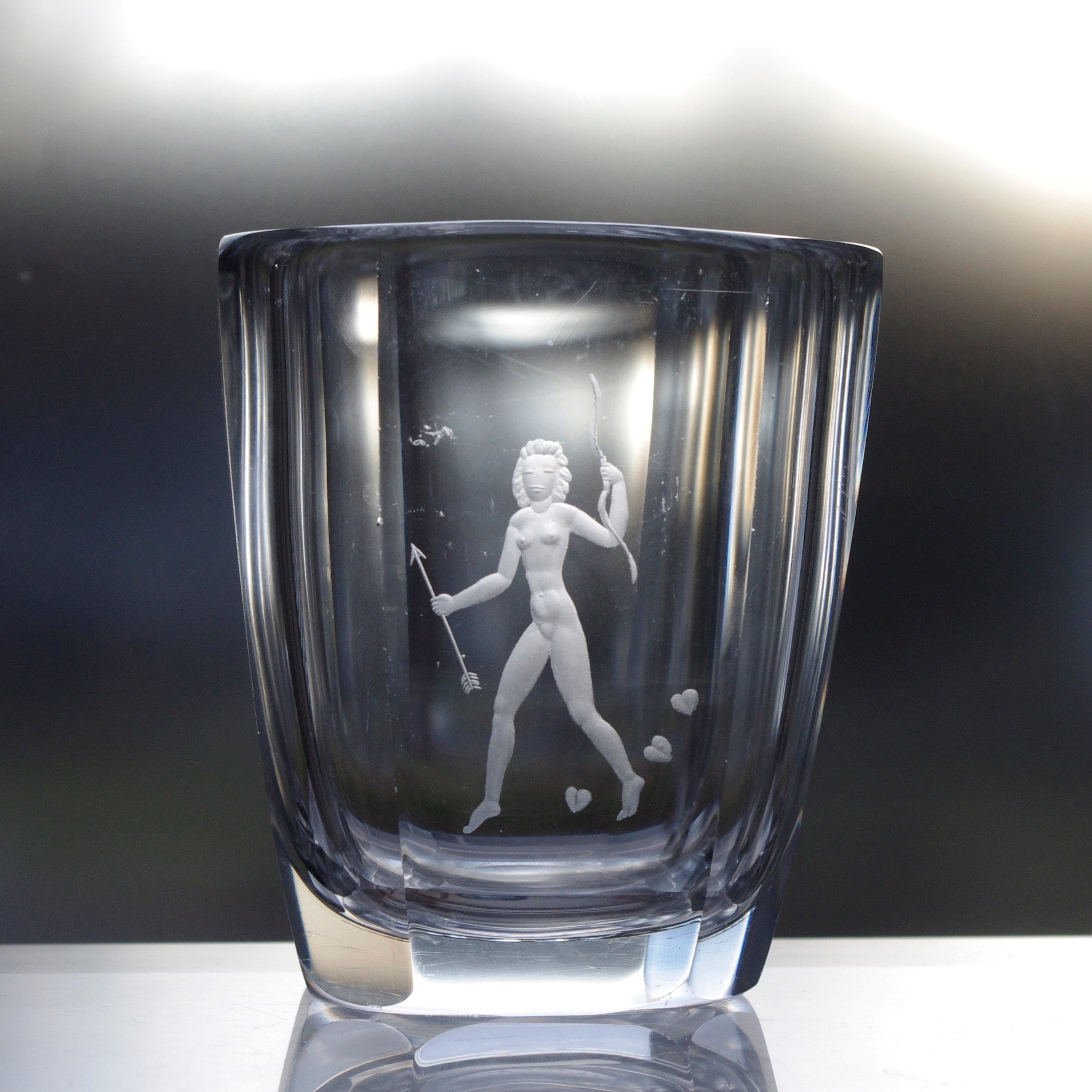 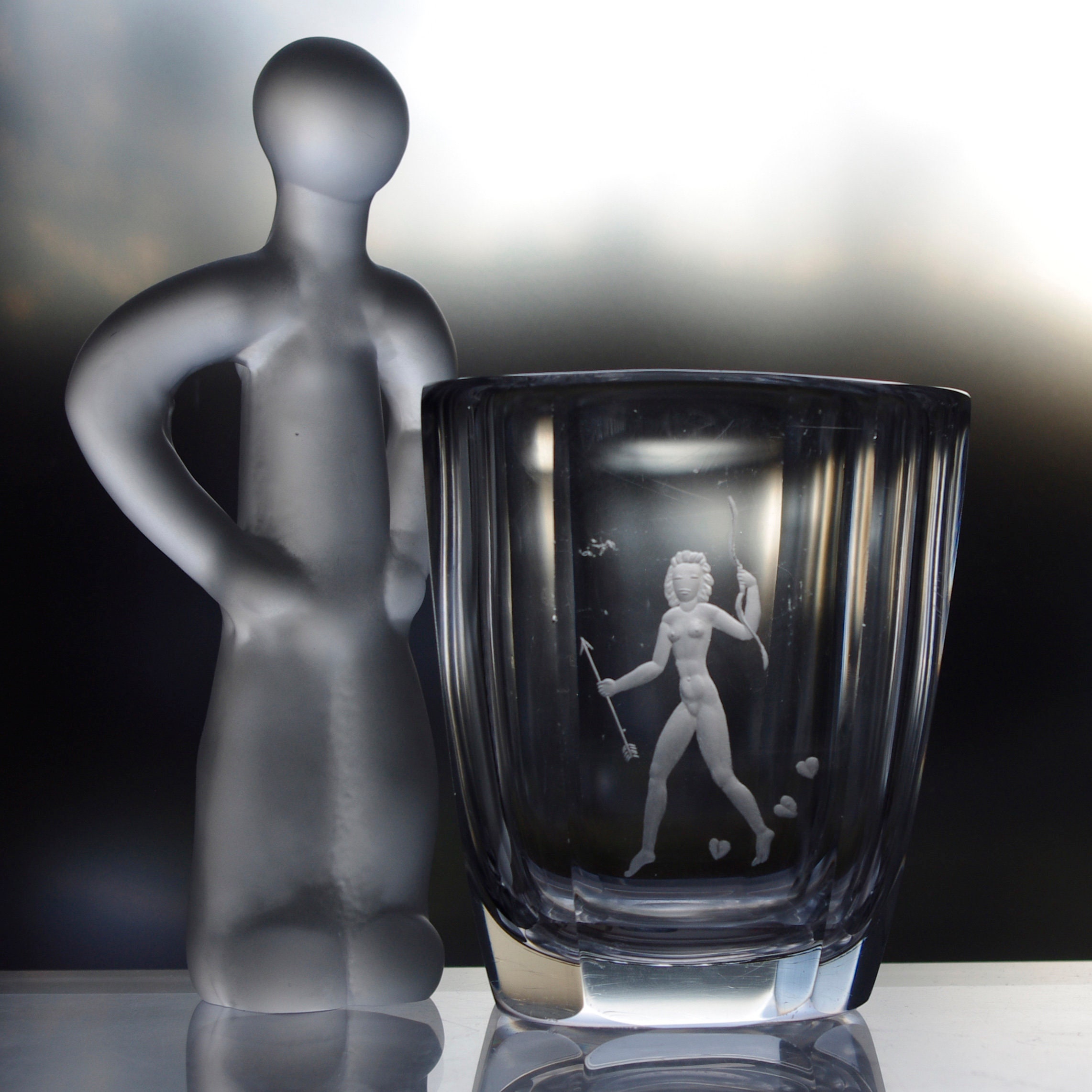 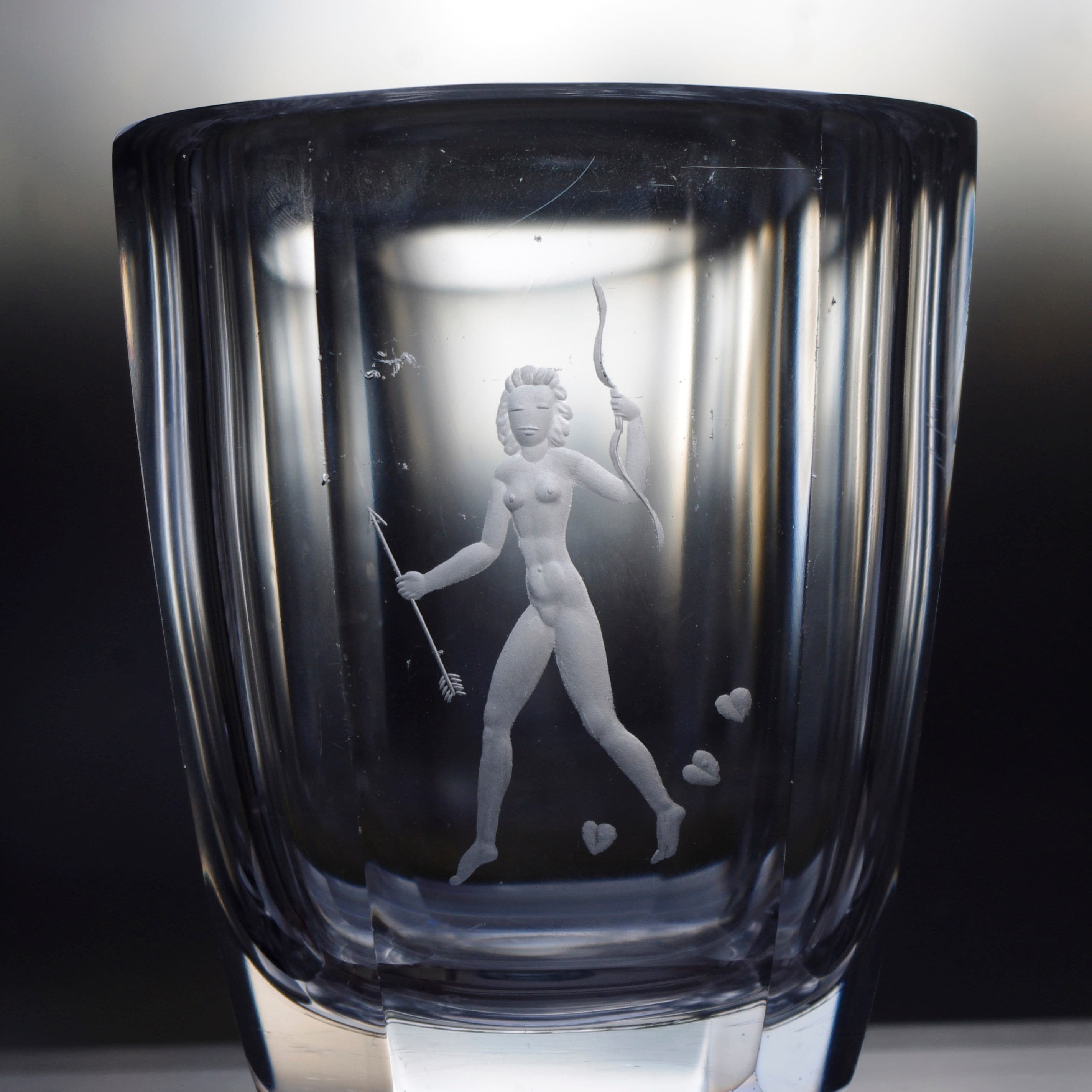 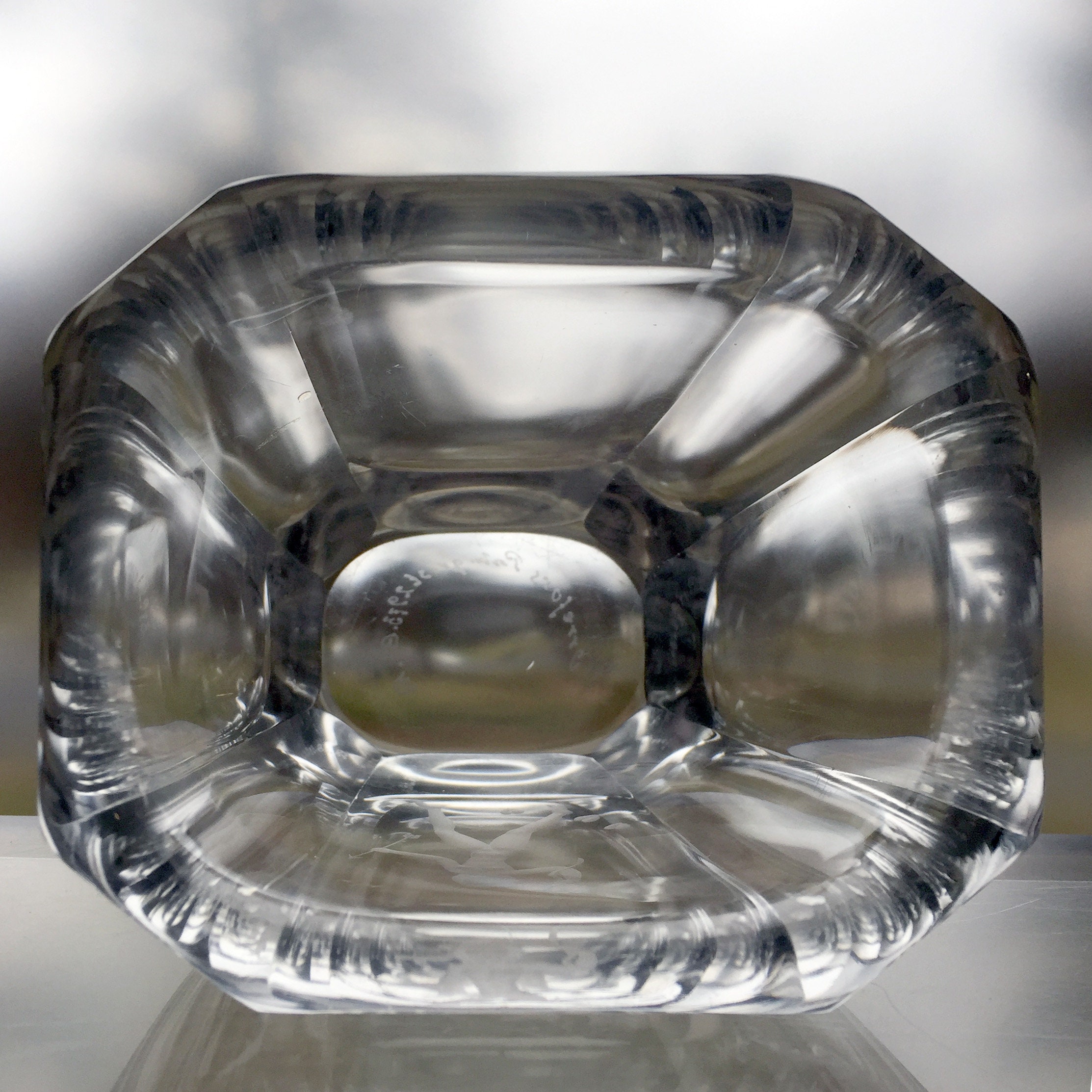 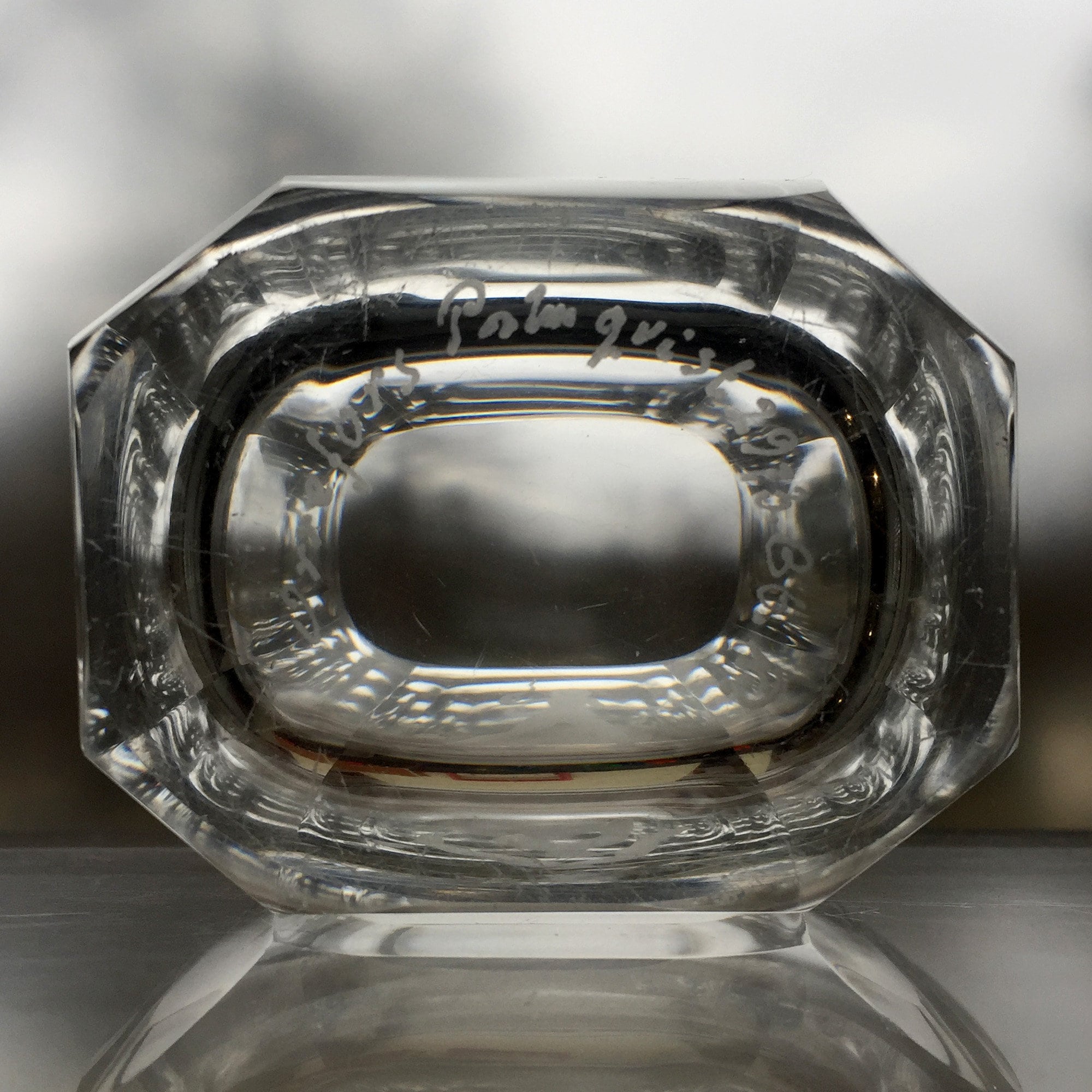 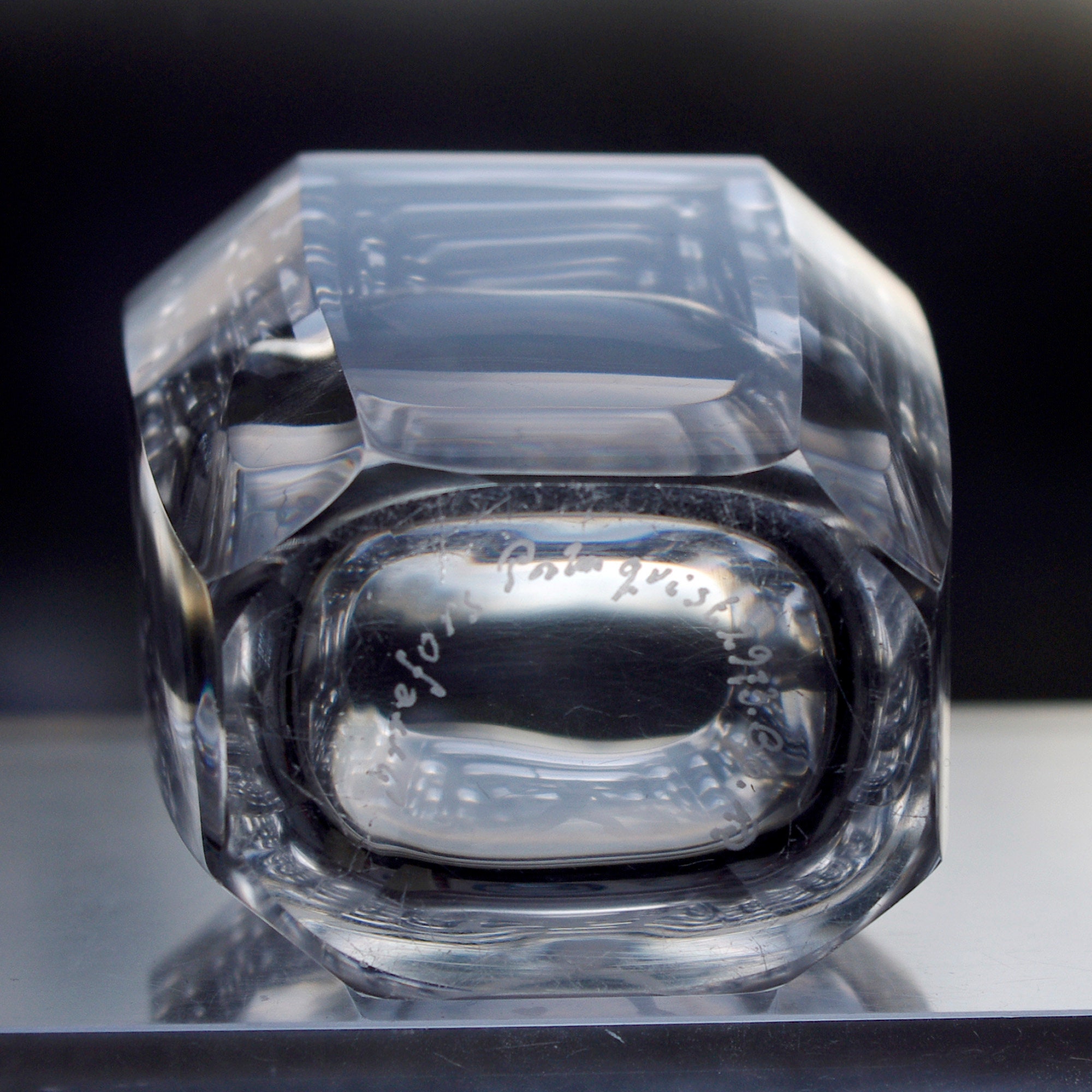 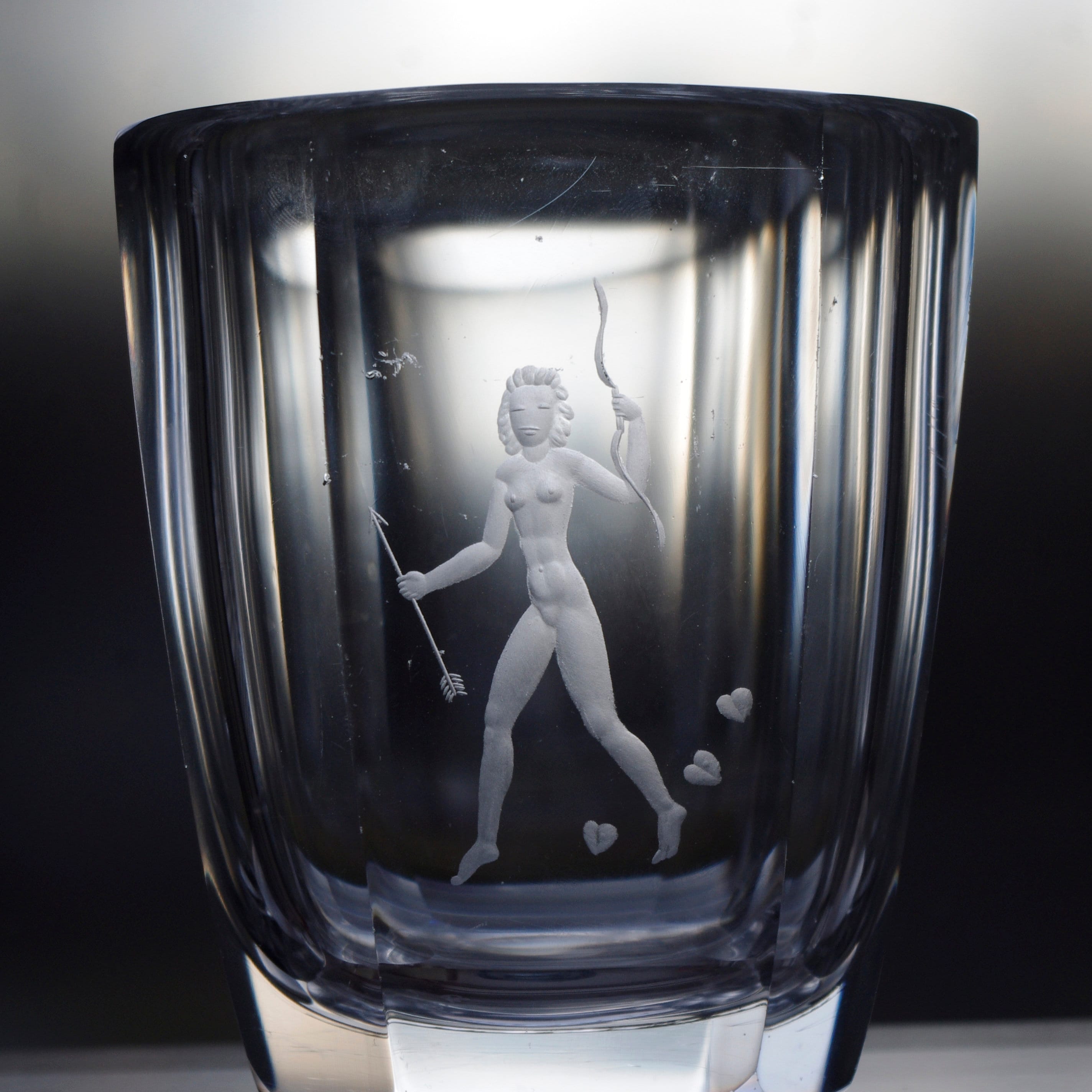 Sven Palmqvist designed this image of a nude woman, holding a bow and arrow. A sparkling clear, lead crystal vase, it is handblown, planed to form its flat sides, and copper-wheel engraved by hand. Its style shows the influence of the Art Deco movement, with its strong lines and clean, angular human form.

This is a small vase, 3.5" x 4" x 5", but heavy, weighing almost 2 pounds. There are a few scratches on the piece that are not unusual for its age. I think a vase is like a picture frame; its flaws don't diminish the image they hold. The design code 2973 tells us it was designed in 1945, and the date code B6 means that this particular piece was made in 1949. The initials KR refer to the engraver, Karl Rössler.