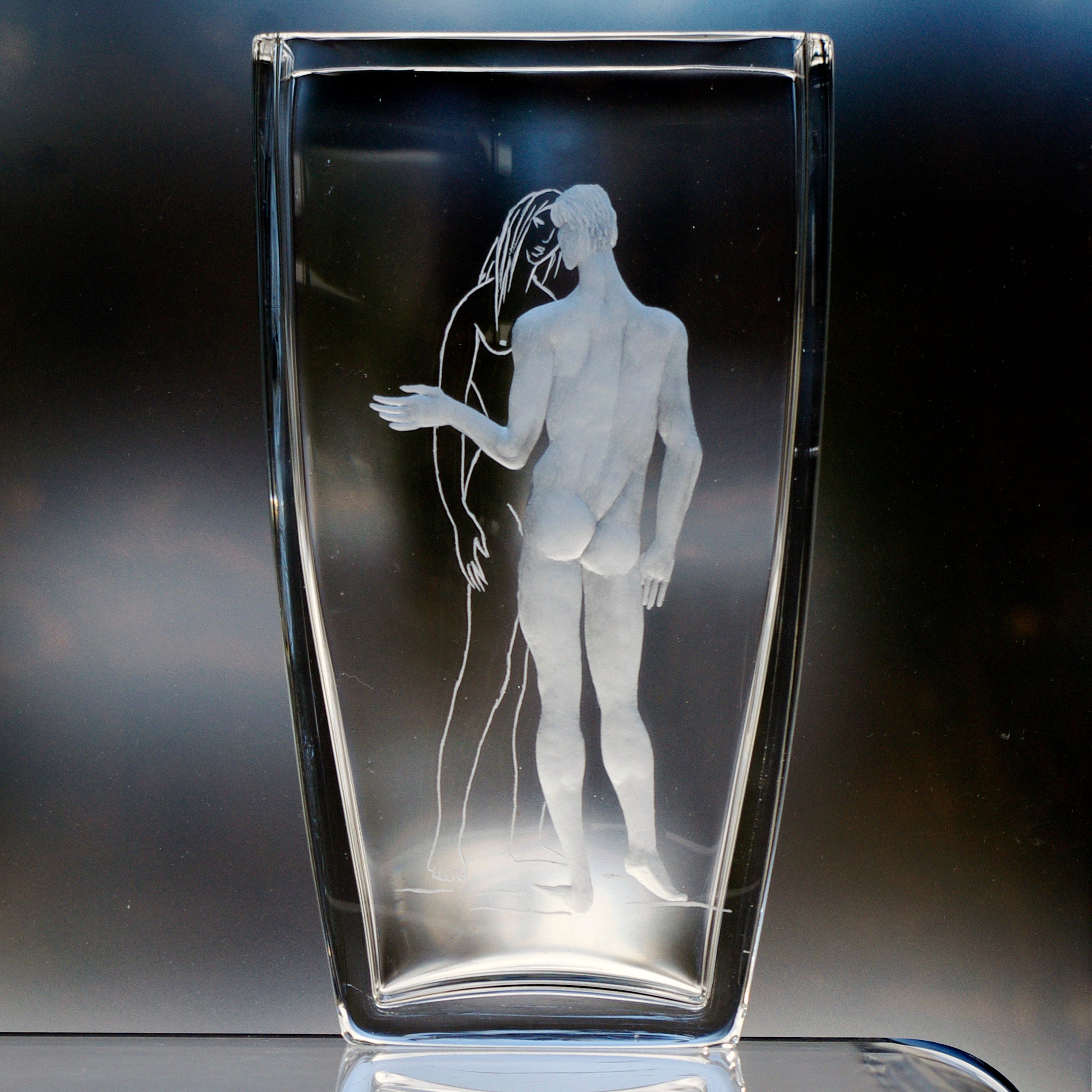 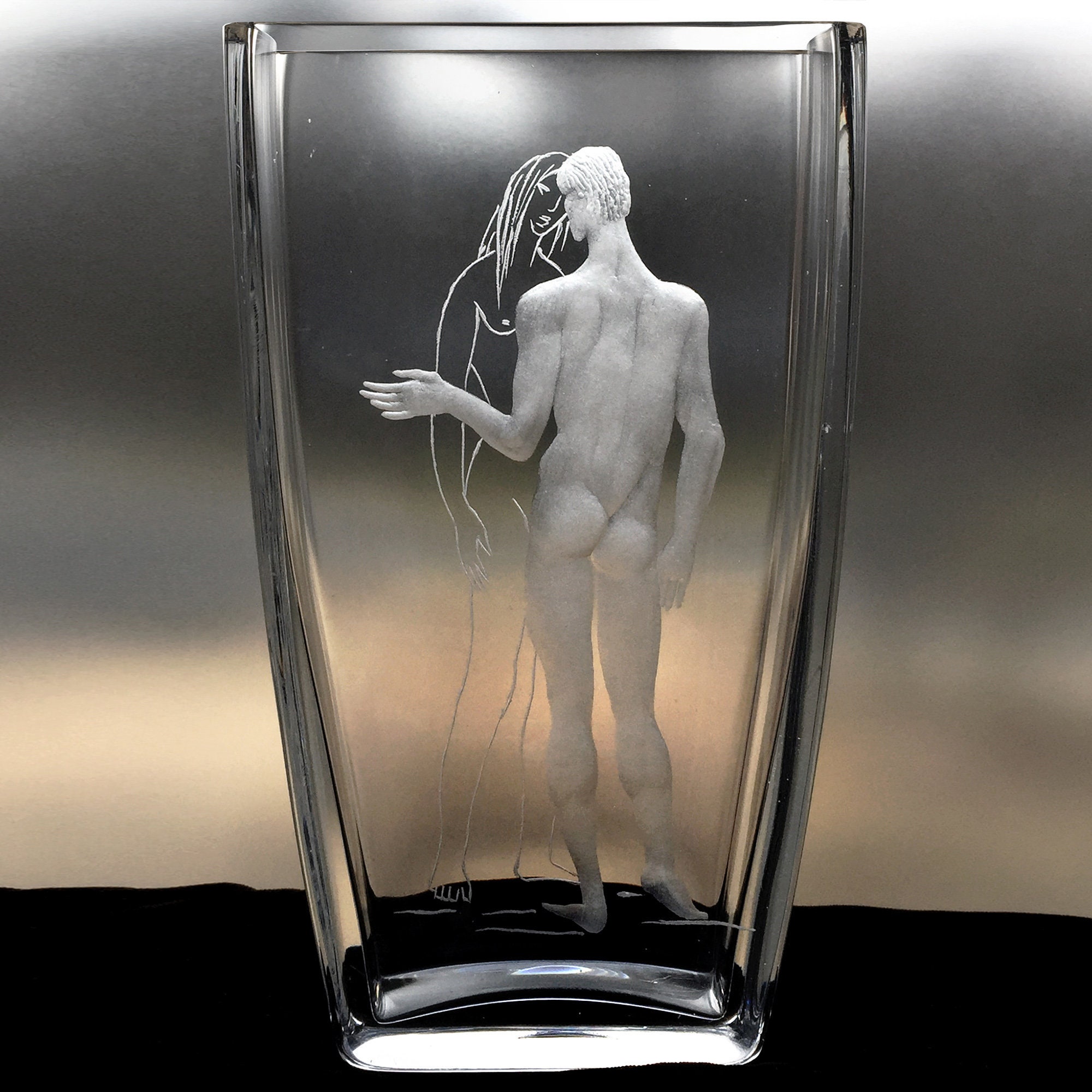 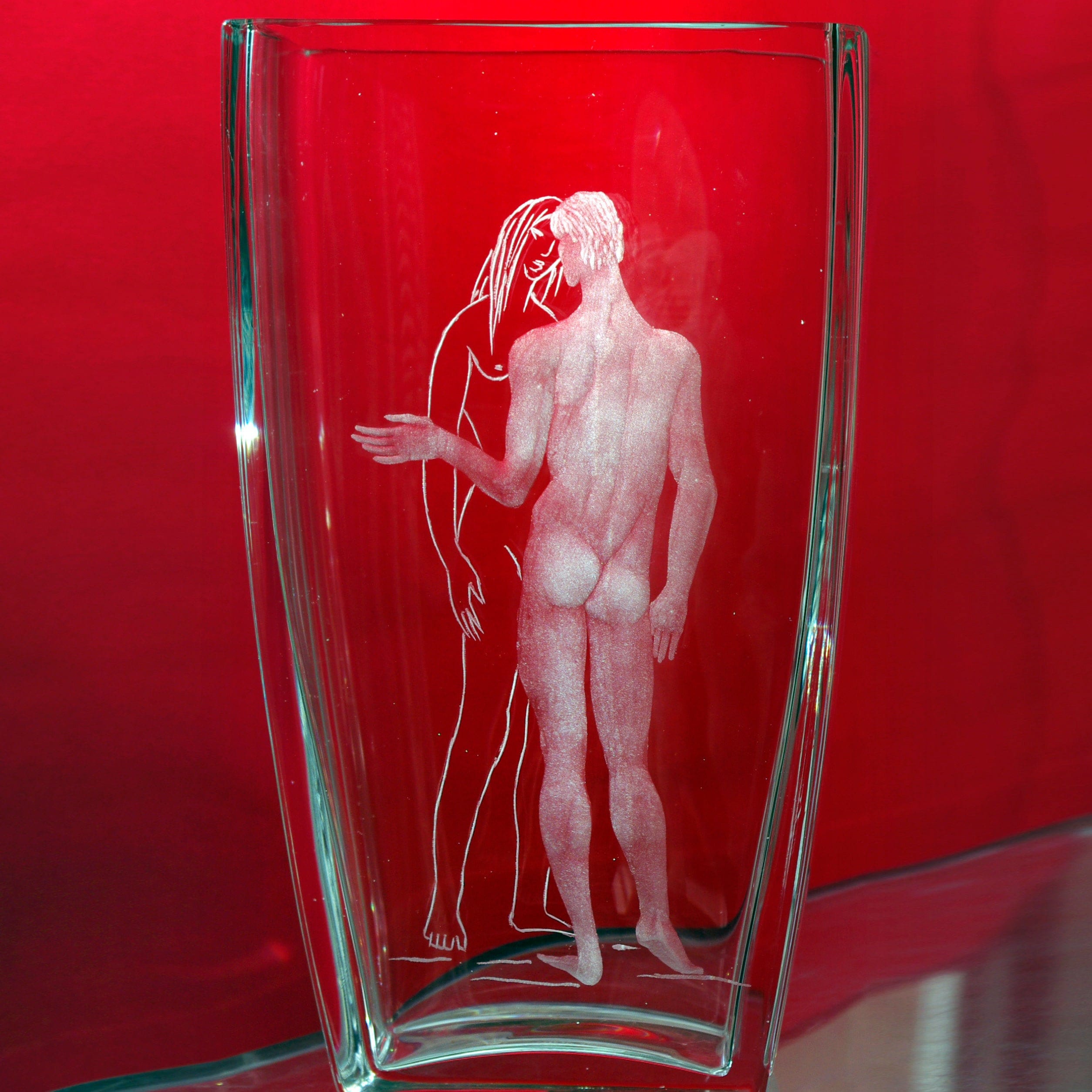 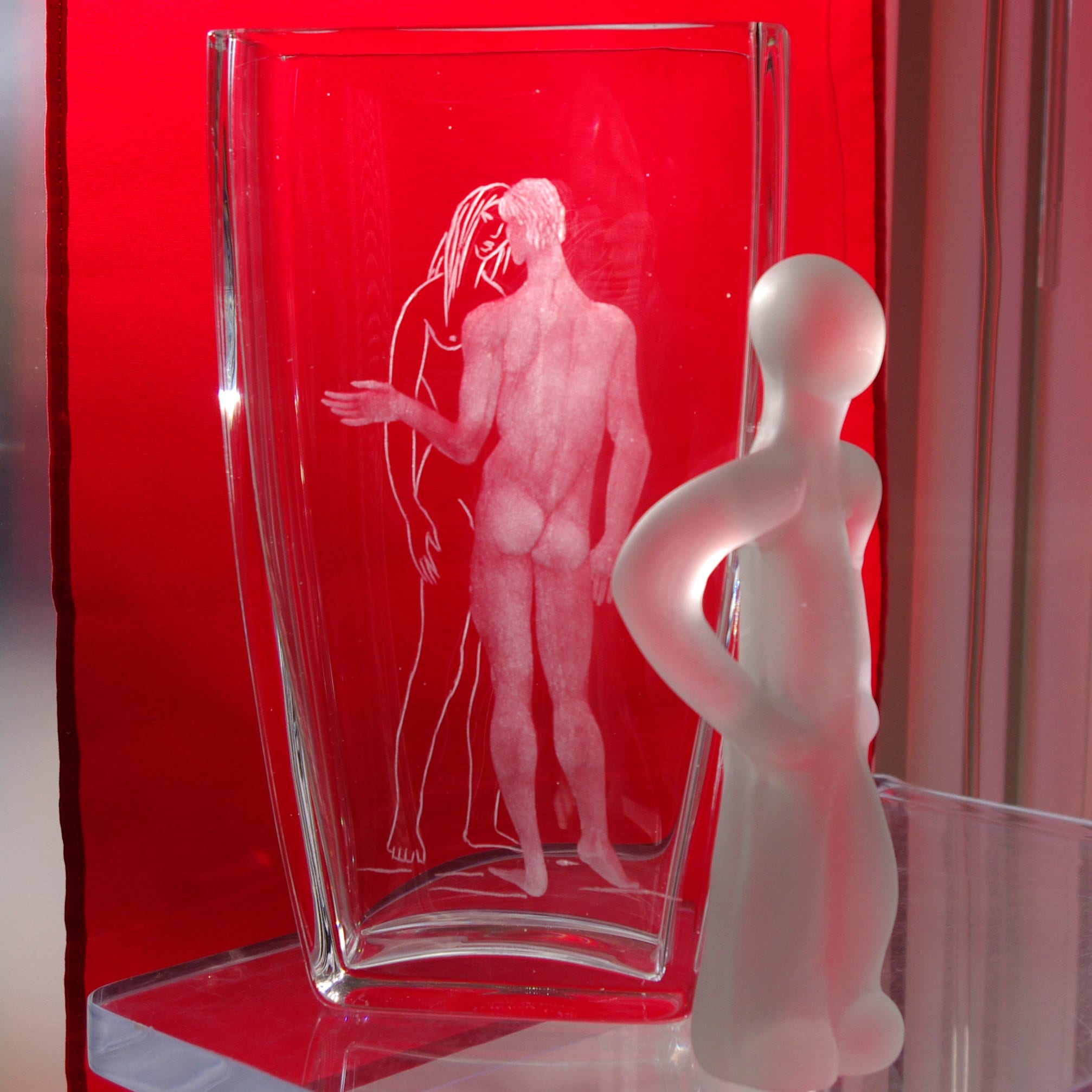 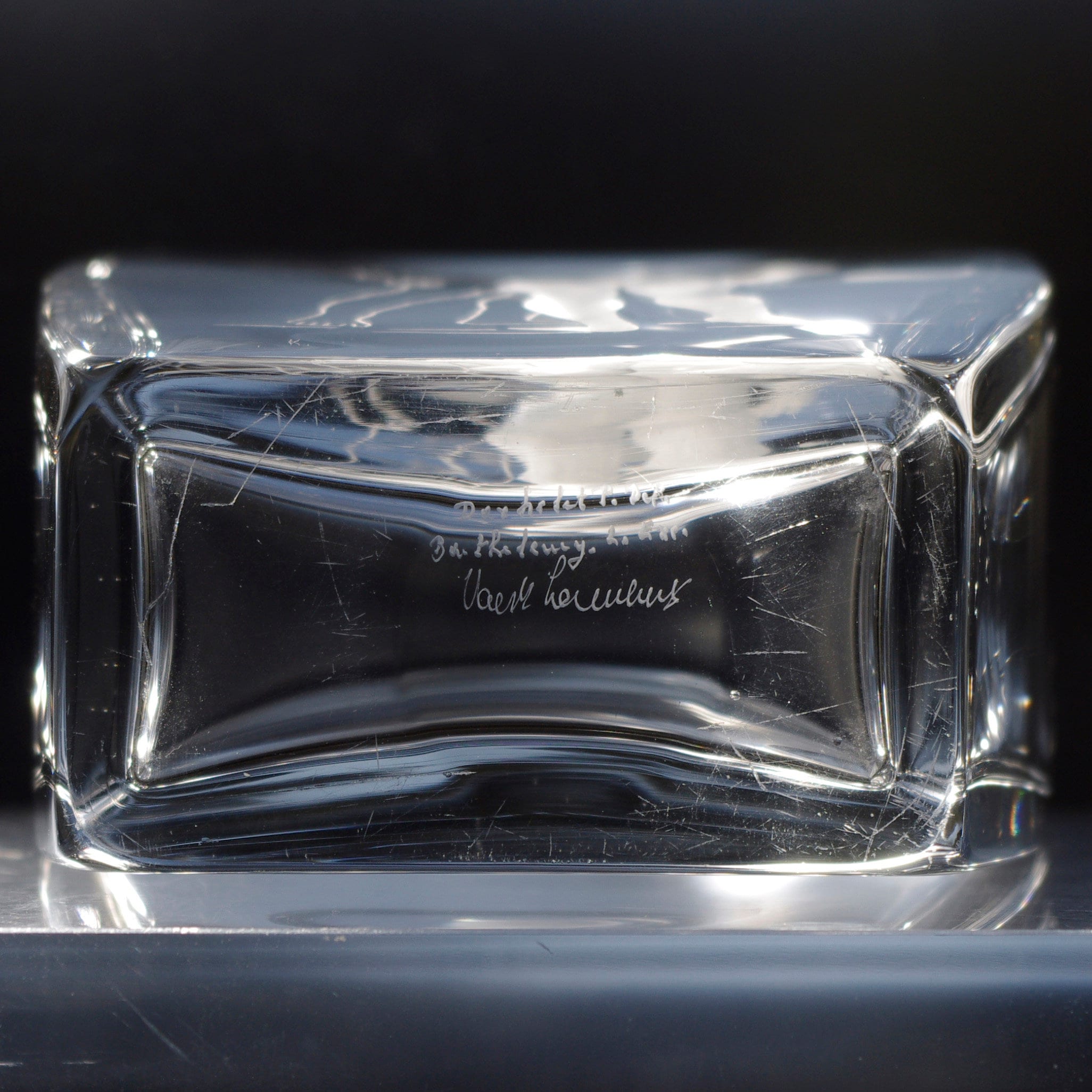 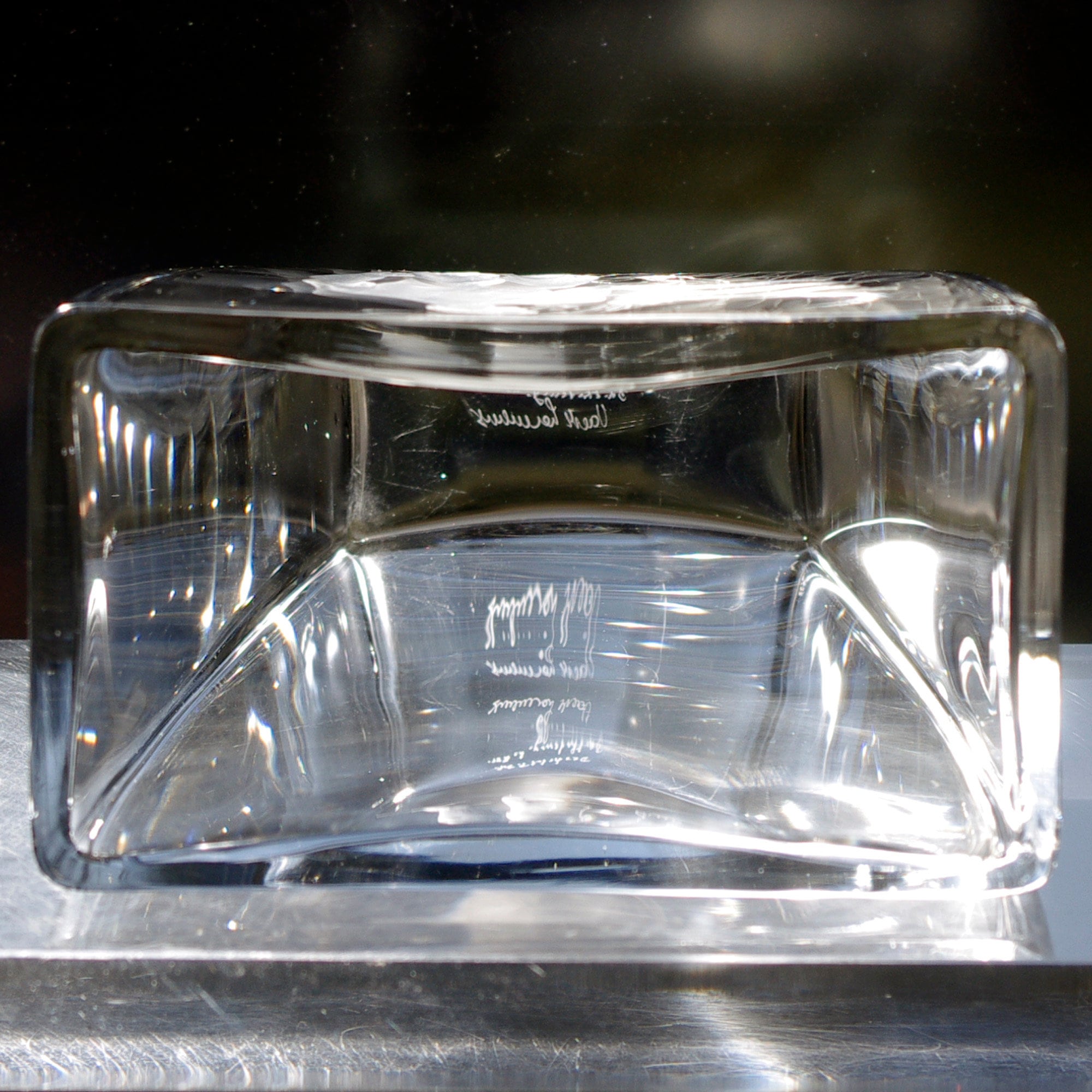 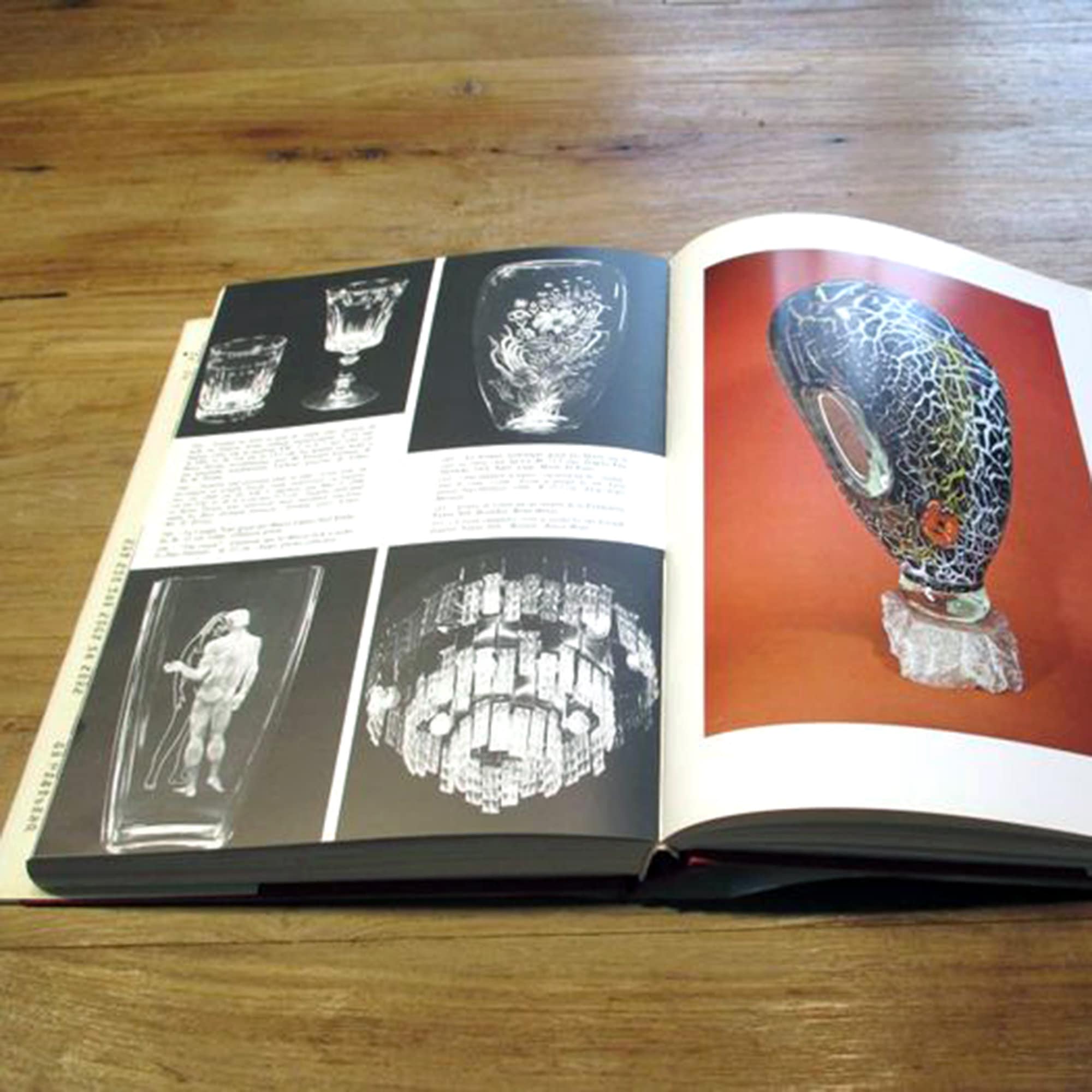 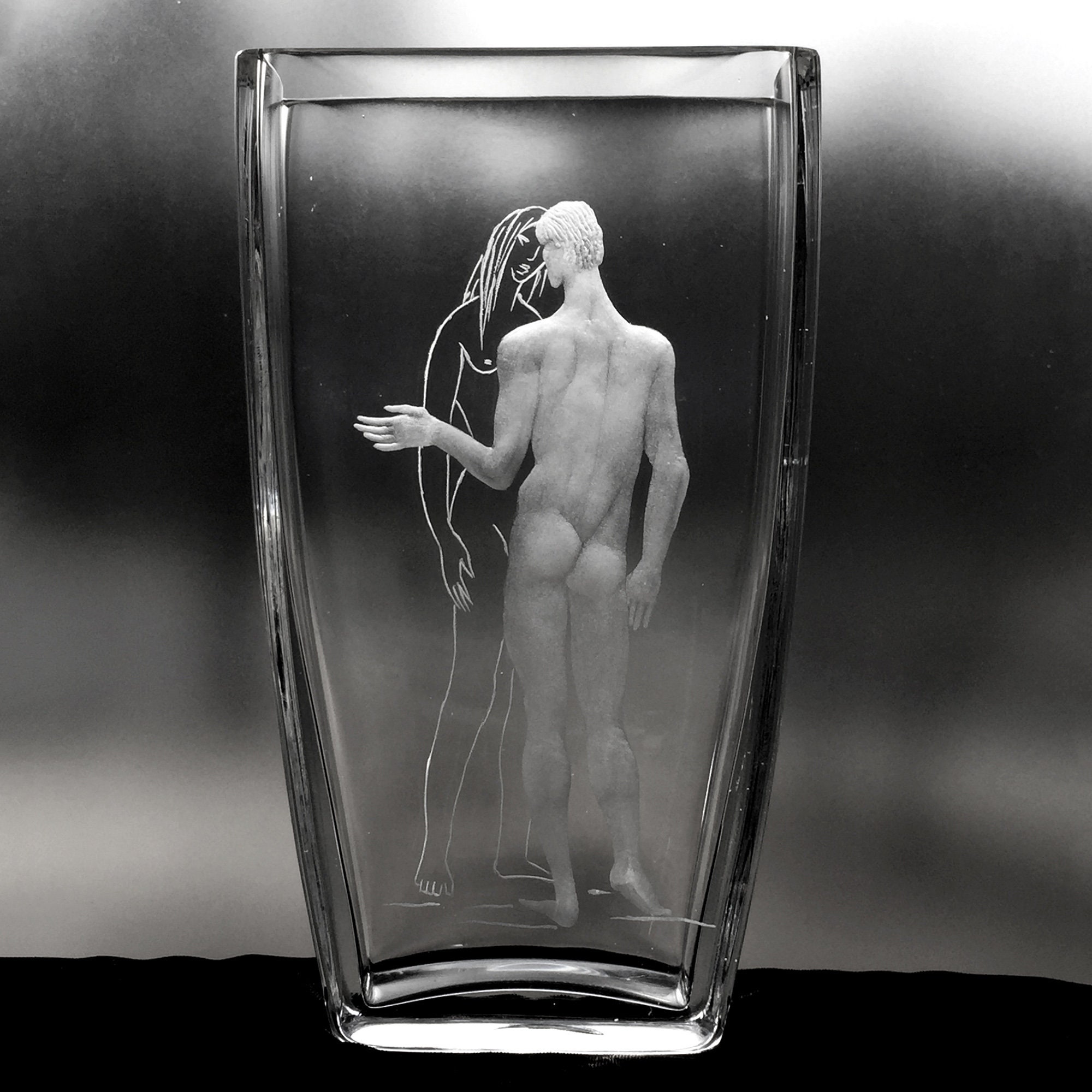 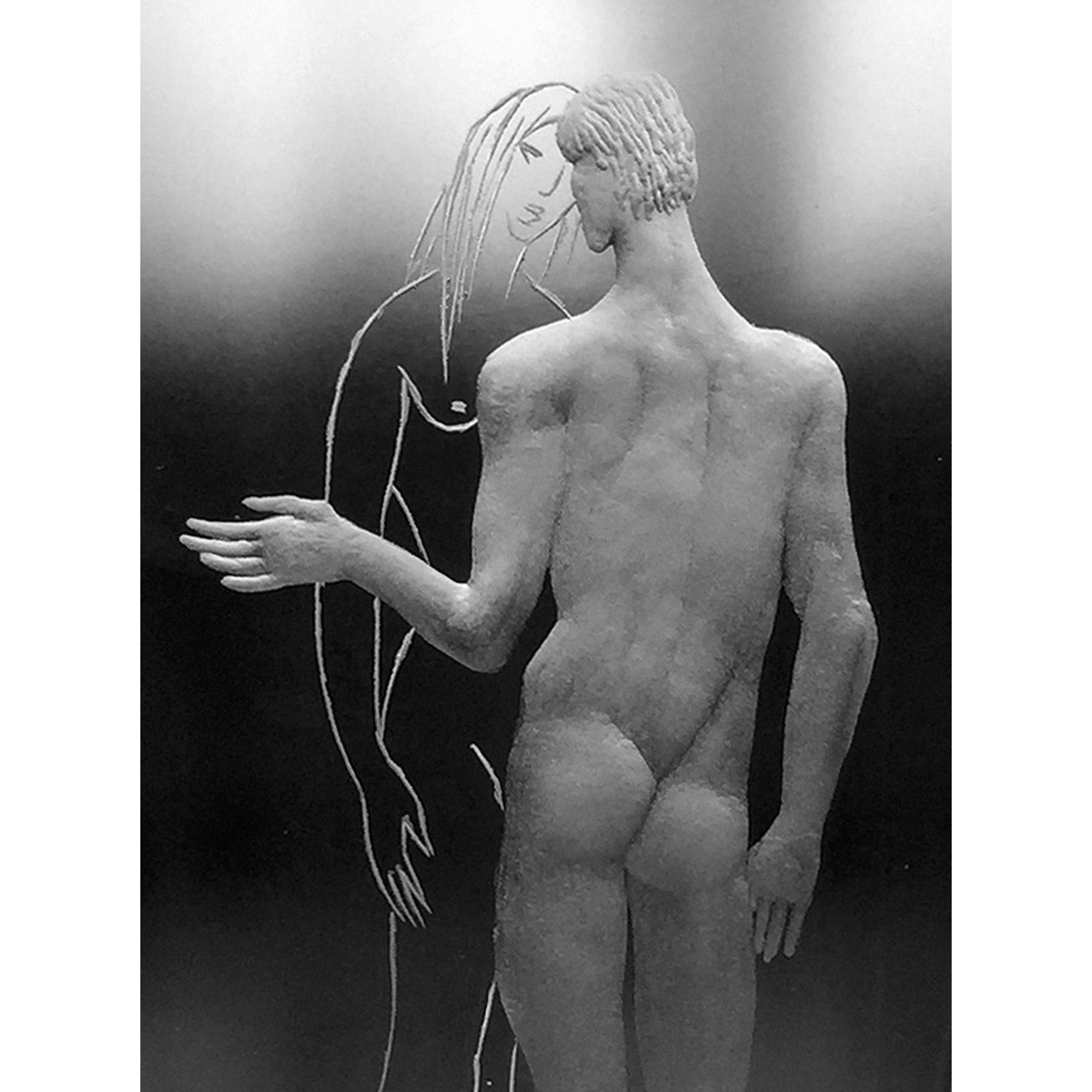 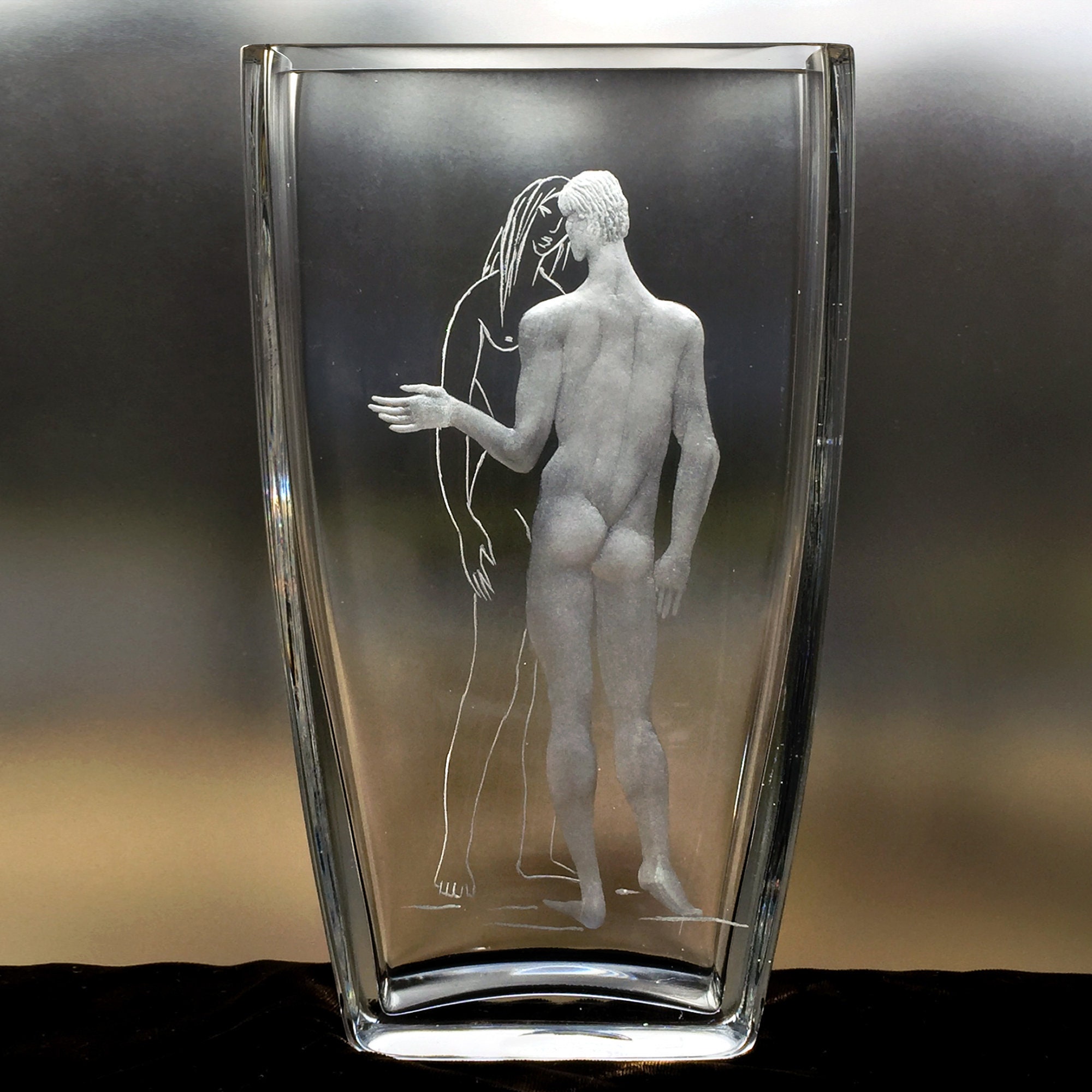 Made by Belgian glass maker, Val Saint Lambert, "The Couple," also called, "Isabelle," was designed by Paul Daxhelet and executed by L. Barthélemy. The nude couple on the vase is illustrated in the book "Le Val Saint Lambert" by Joseph Philippe, on page 312. Both the line-drawn woman and the fully articulated man are on the front face of the vase, unlike some Swedish pieces that play with images on both front and back. There must be some meaning behind the difference in style of the woman's portrayal and the man's, but I don't know what it is.

This vase is in excellent vintage condition, with no more than a few small scratches. The piece was likely made in the late 1960s or early 1970s. It's big, measuring 5.5" x 3" at the rim and 9.75" tall, and it weighs about 6 pounds. This special vase would make a spectacular gift or an exquisite addition to your own collection.

Val Saint Lambert was founded in the abandoned Val-Saint-Lambert Abbey by a chemist, M. Kemlin, who had previously worked for the Vonêche crystal works in the Ardennes. Val Saint Lambert is well known for its Art Nouveau and Art Deco pieces.

Paul Daxhelet (French, 1905-1993) A multi-talented and diverse artist, Daxhelet first exhibited as an engraver. However, he was also a skilled draughtsman and painted in both oils and watercolors. He began his studies at the Art Academy of Liege before advancing to the Academe Julian in Paris.