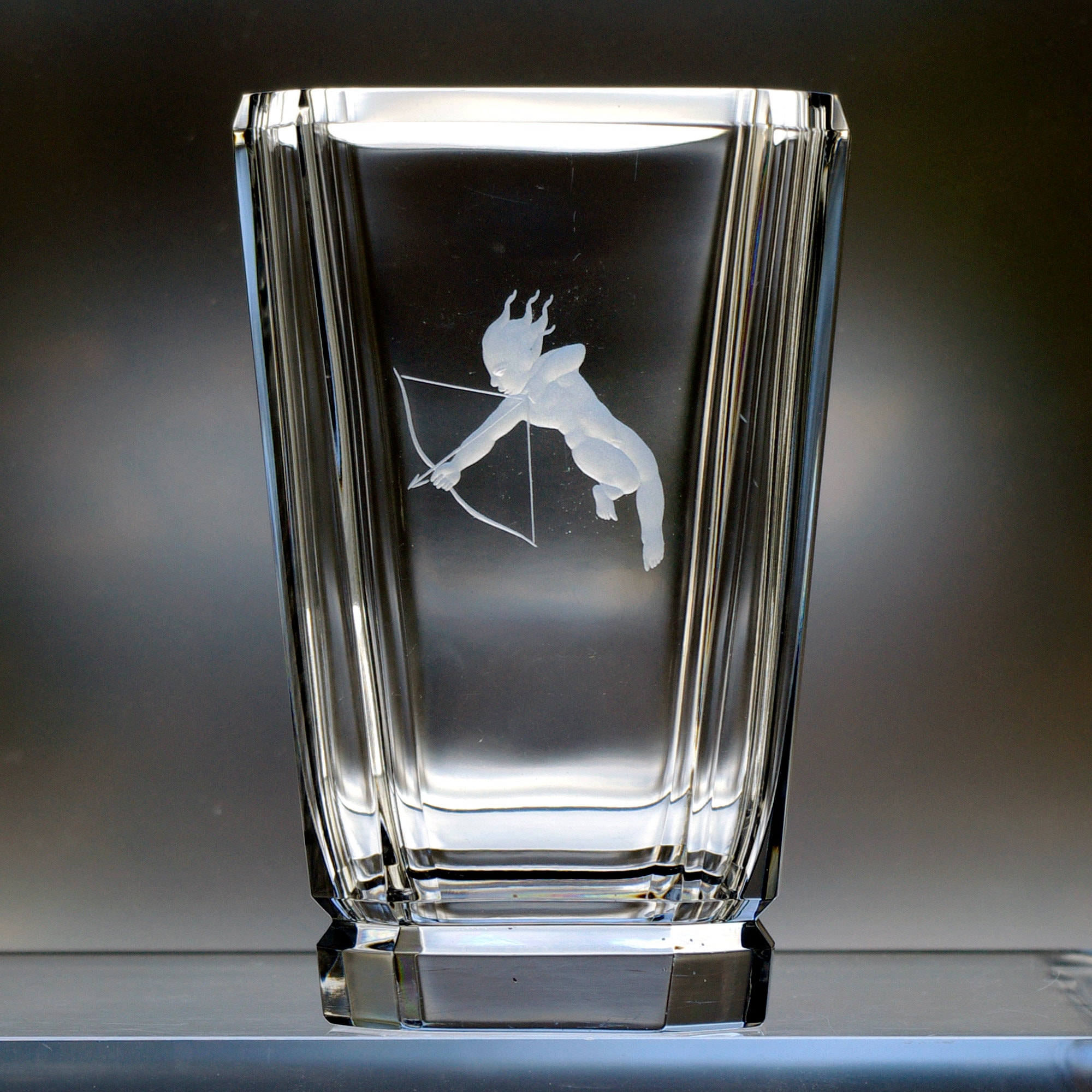 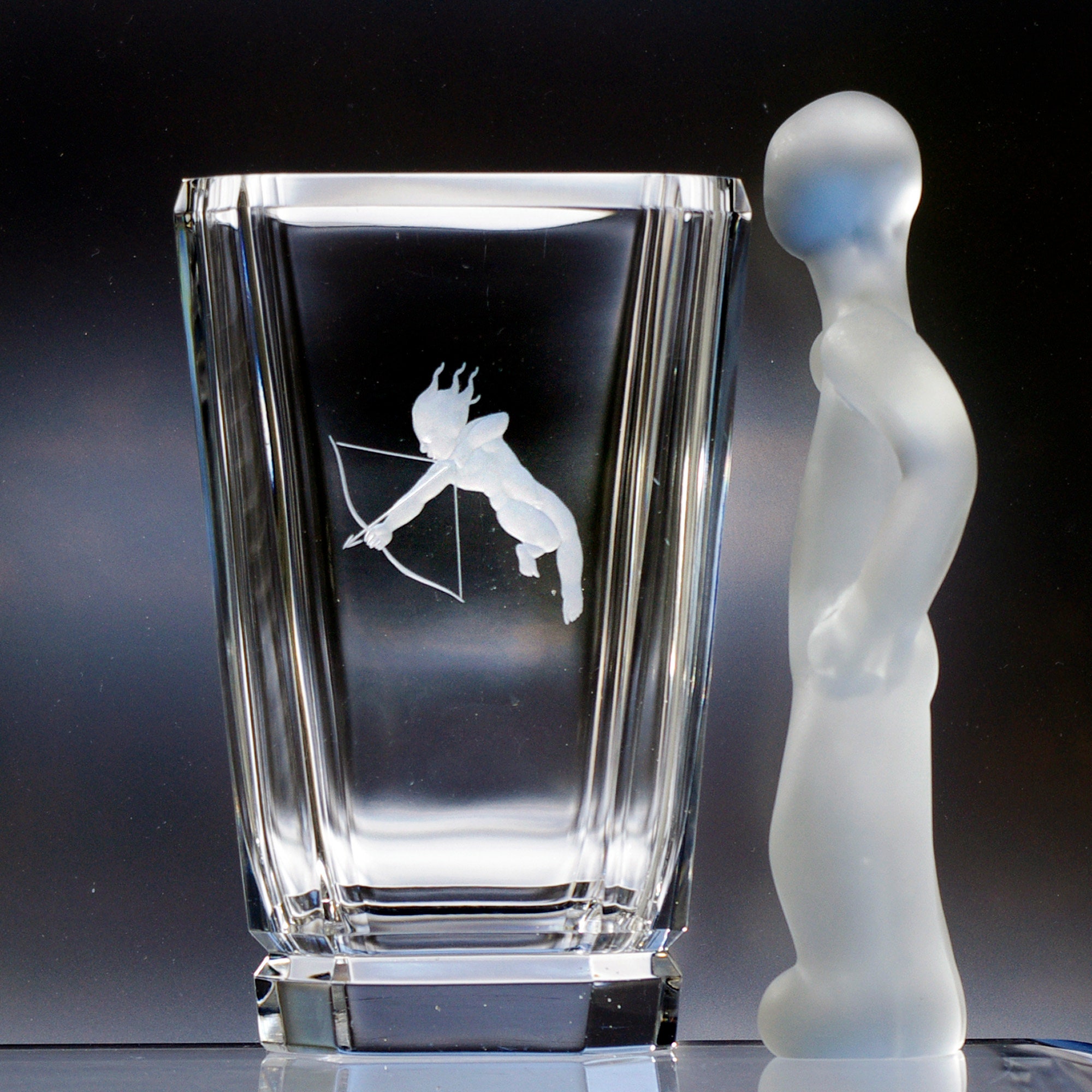 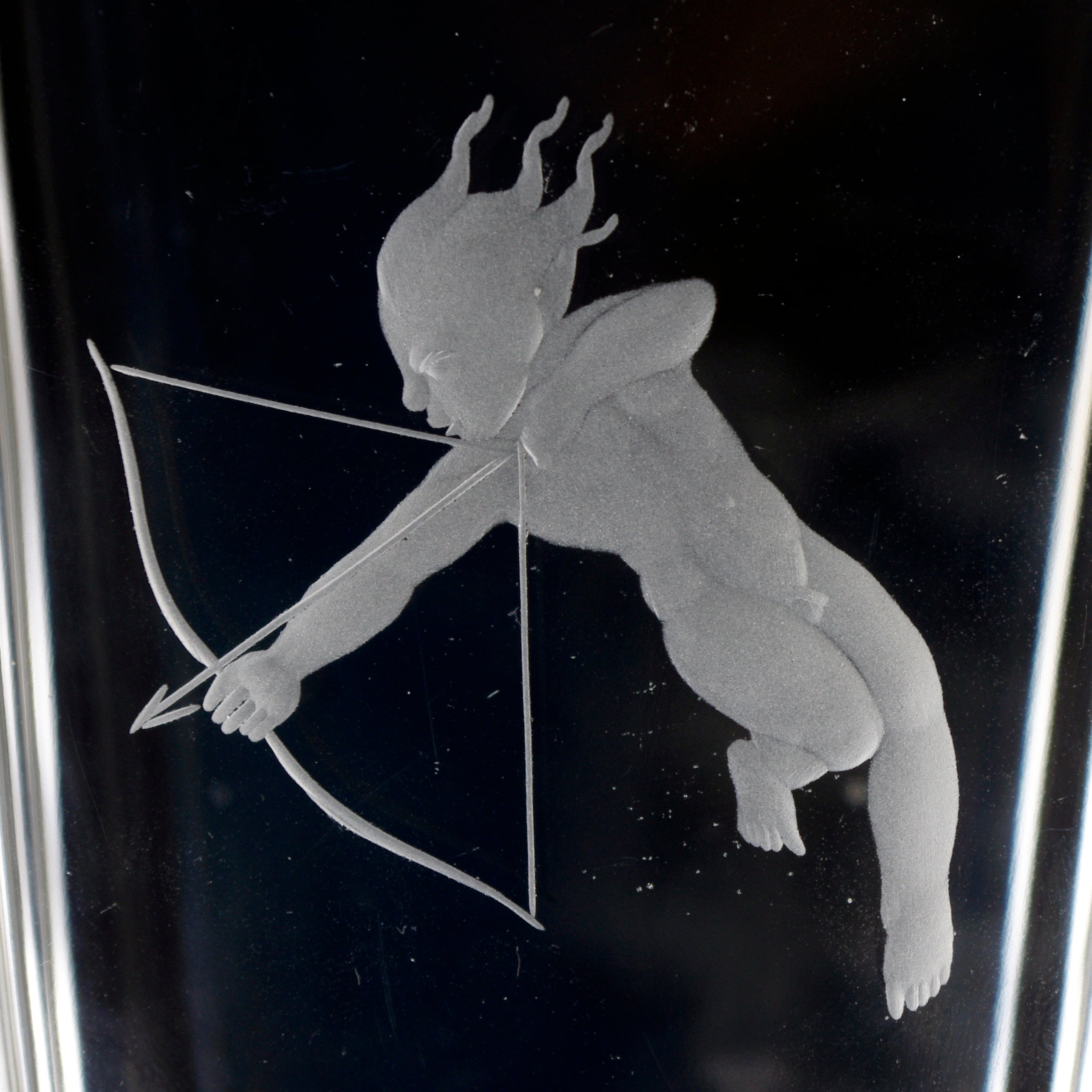 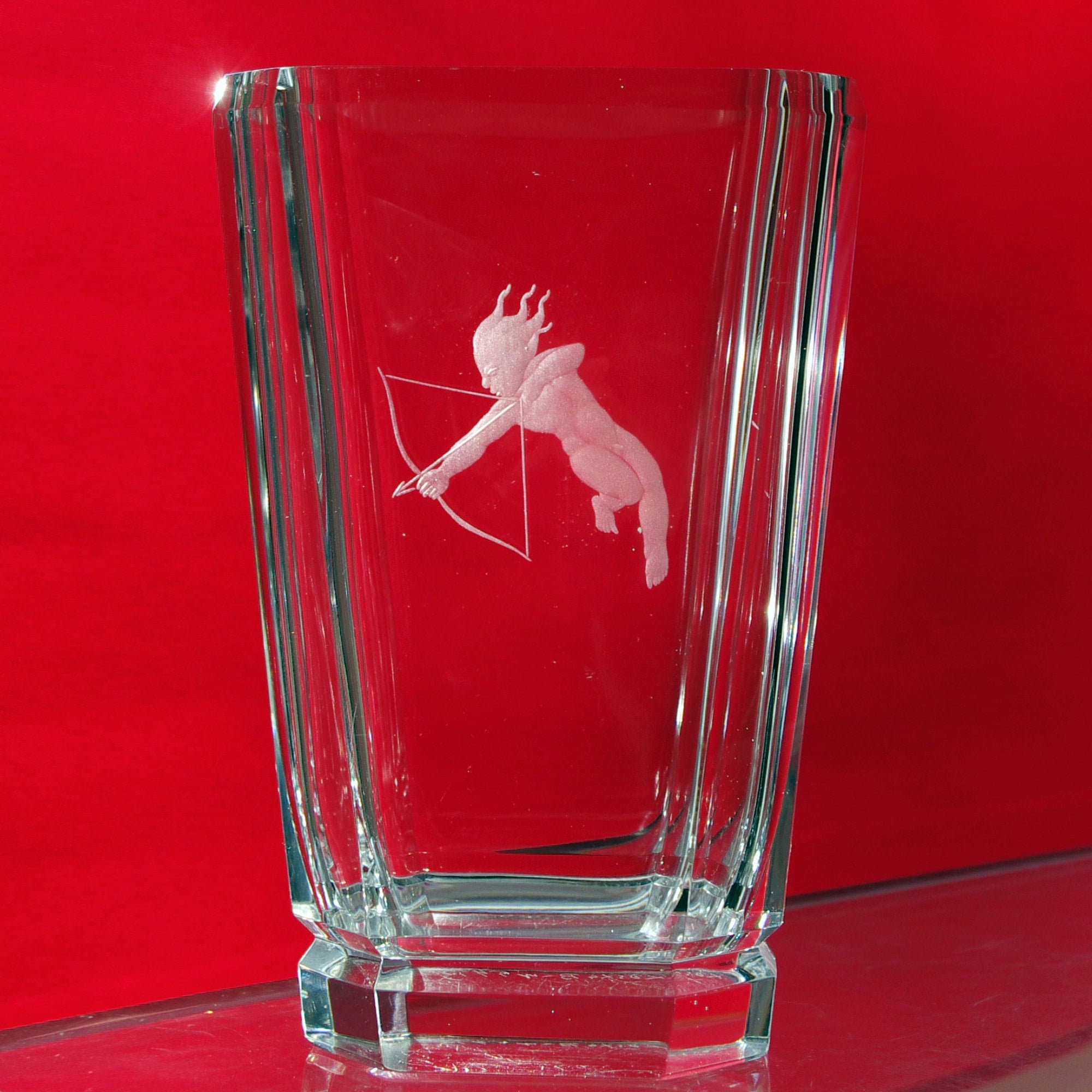 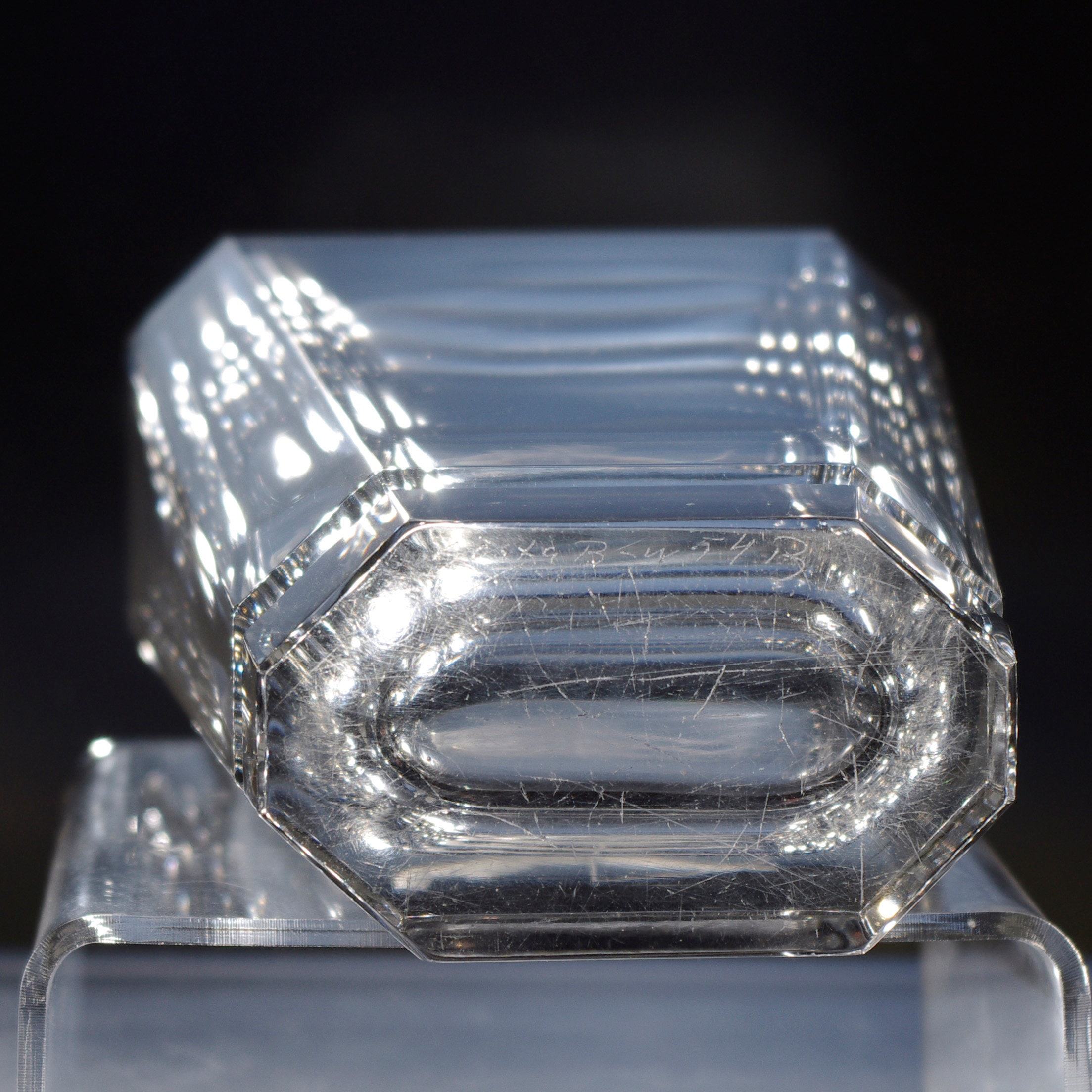 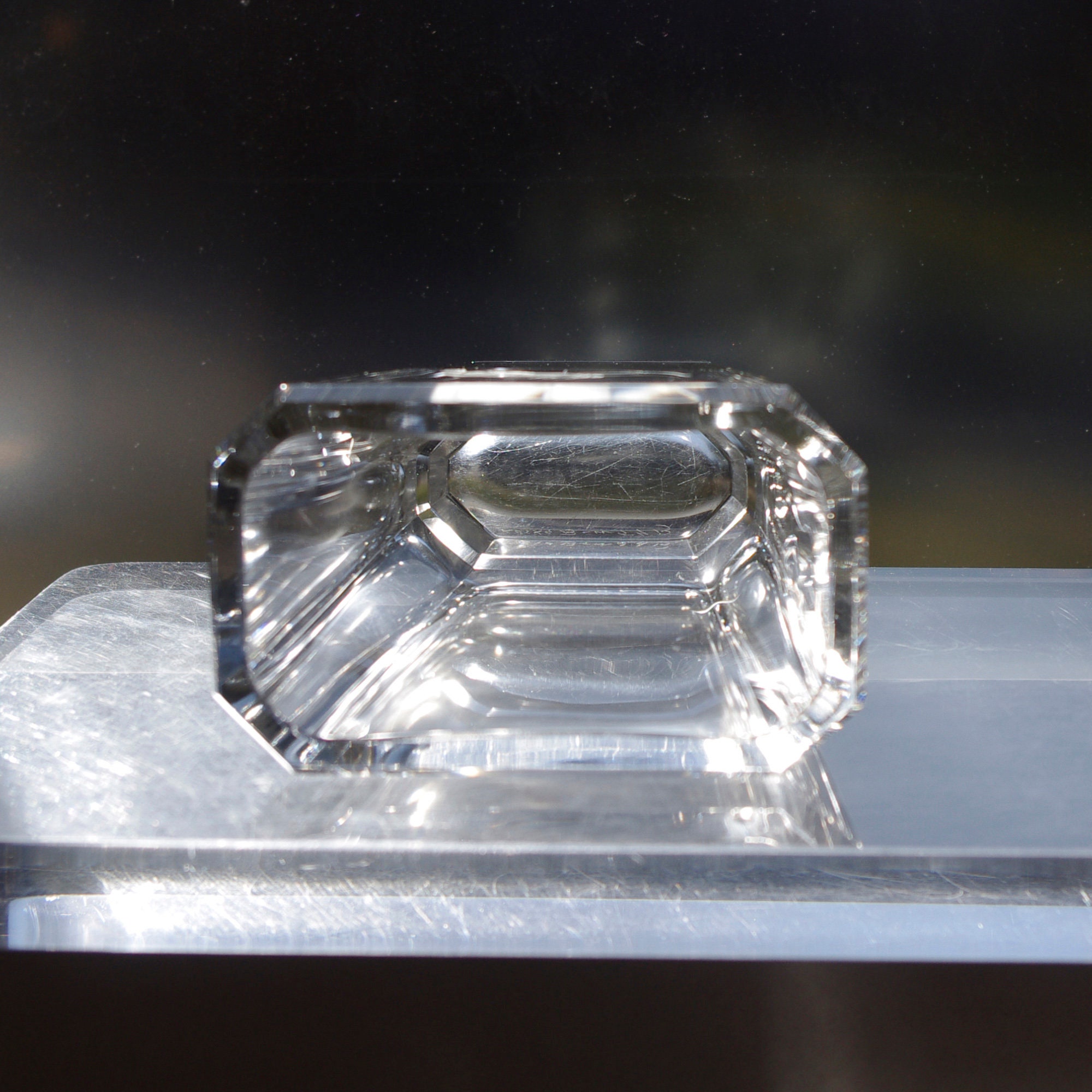 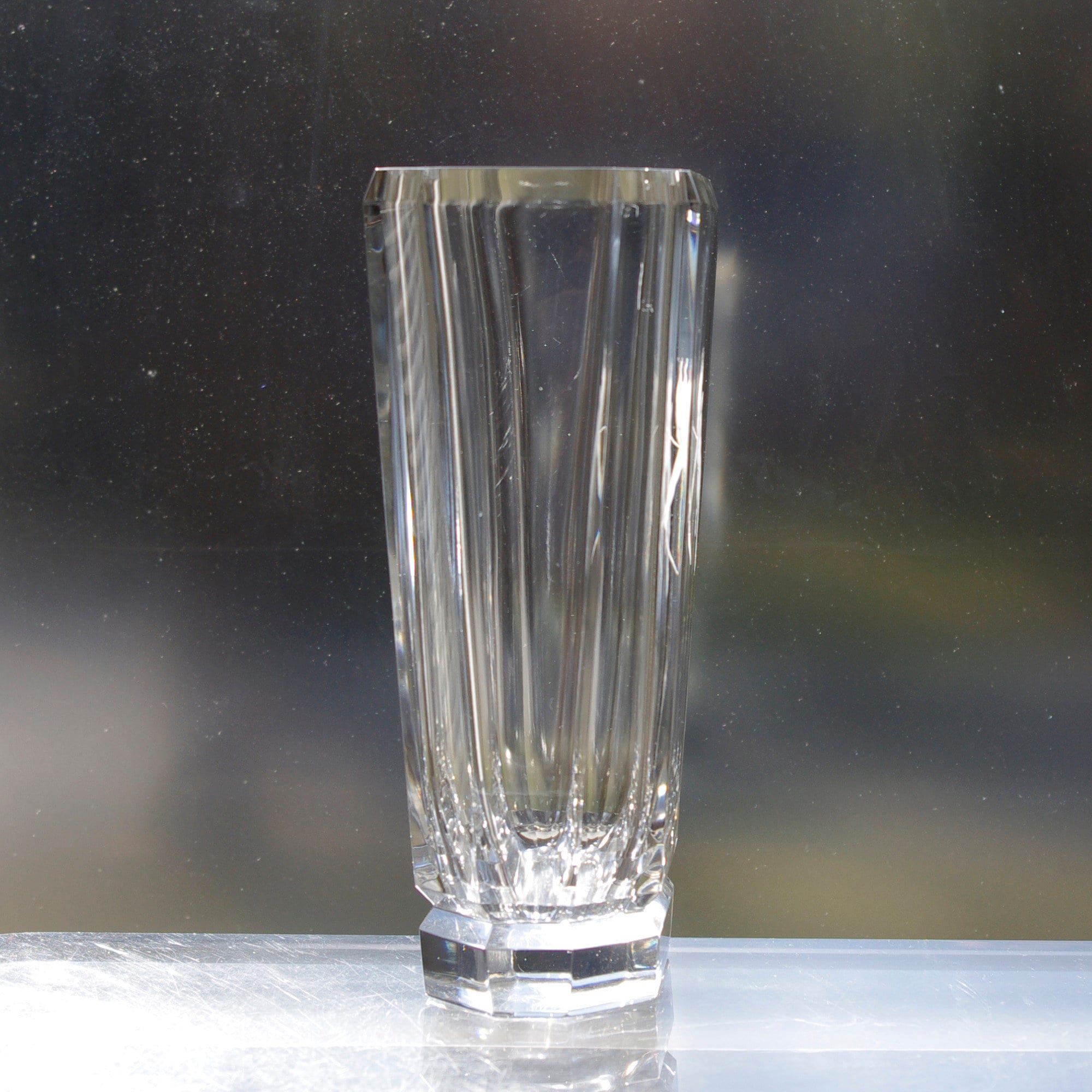 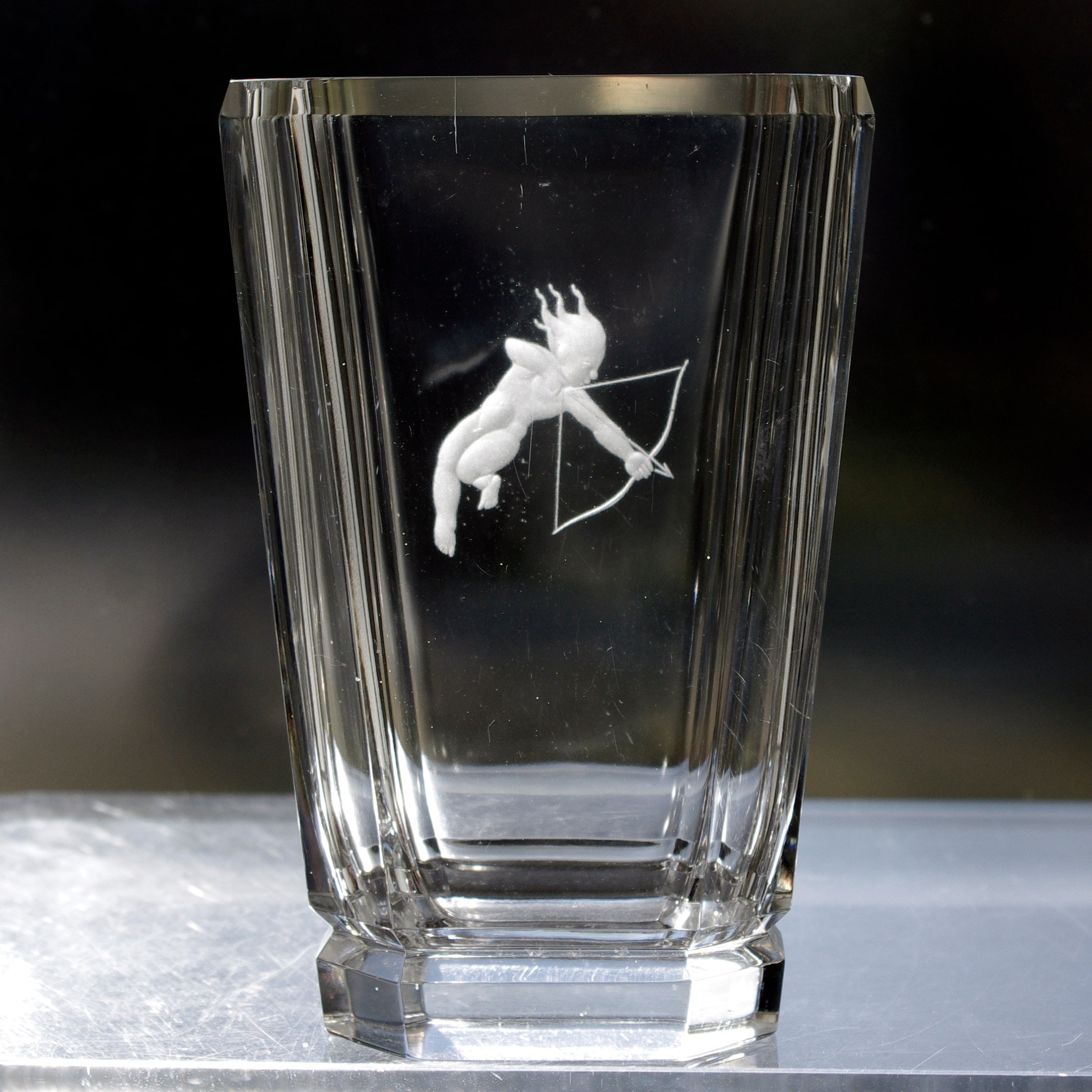 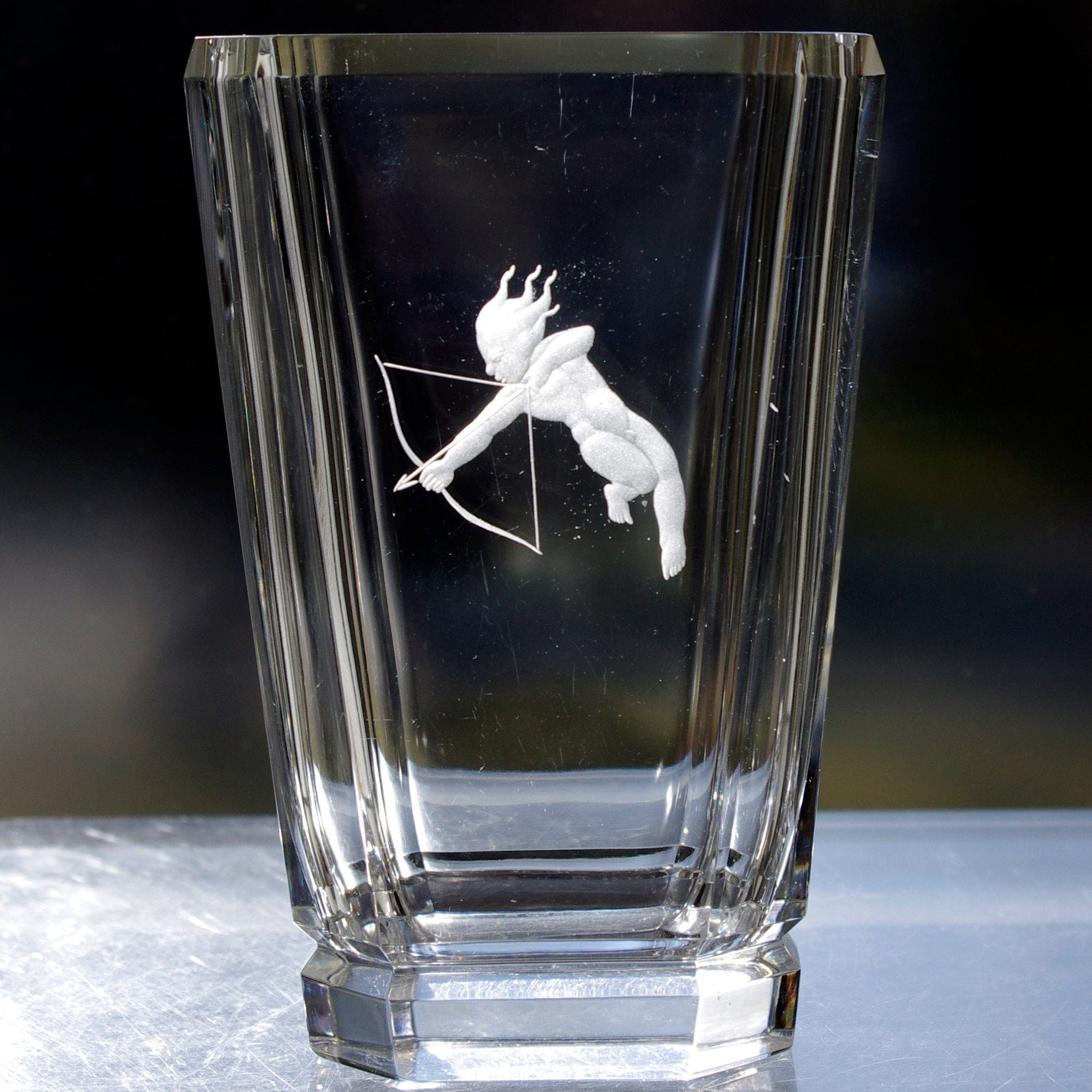 This spectacular vase comes from a series of Elis Bergh's work based on illustrations by Swedish artist and illustrator, Gunnar Widholm. The wild-haired cupid is fully nude, his arrow poised and ready to shoot.

The vase is heavy, weighing almost 3 pounds and measuring 4.5" x 2.5" x 7". It has marvelously planed sides, beveled edges and rim, and a notch cut all around it, near the bottom, forming a pedestal. It was engraved using the traditional copper-wheel method, one that required incredible skill. The piece shows fine scratches to its base and other small imperfections, but overall is in better than expected condition for its age.