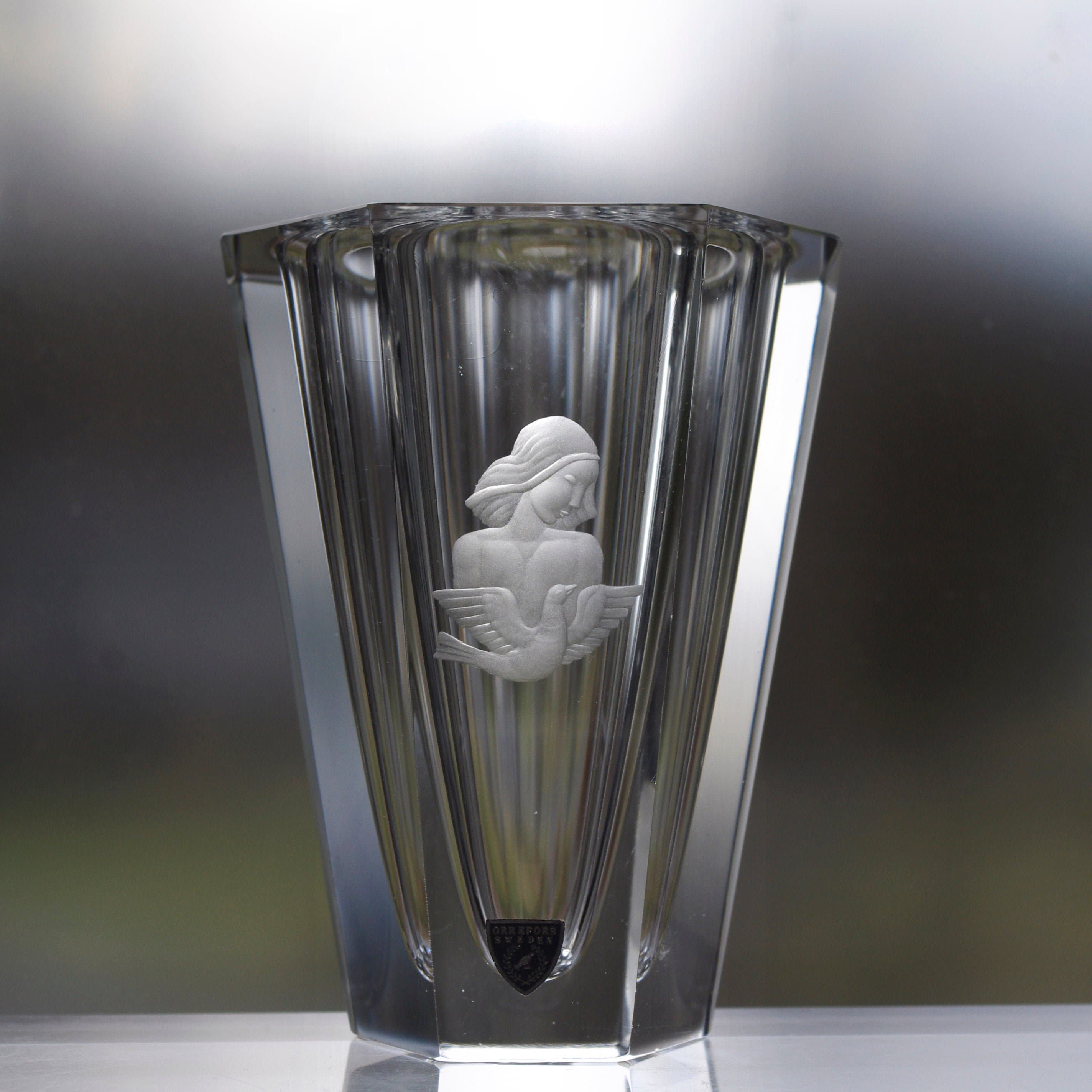 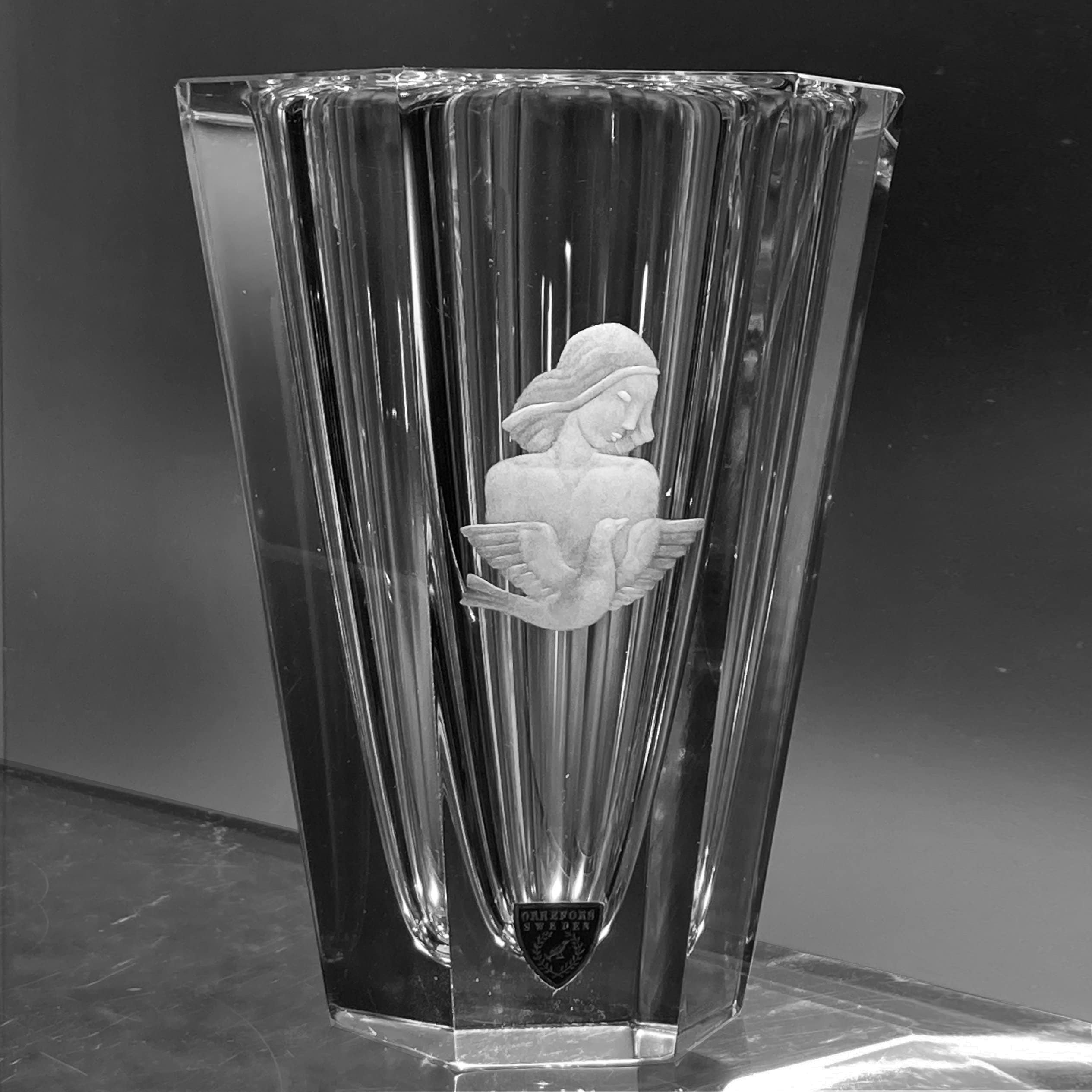 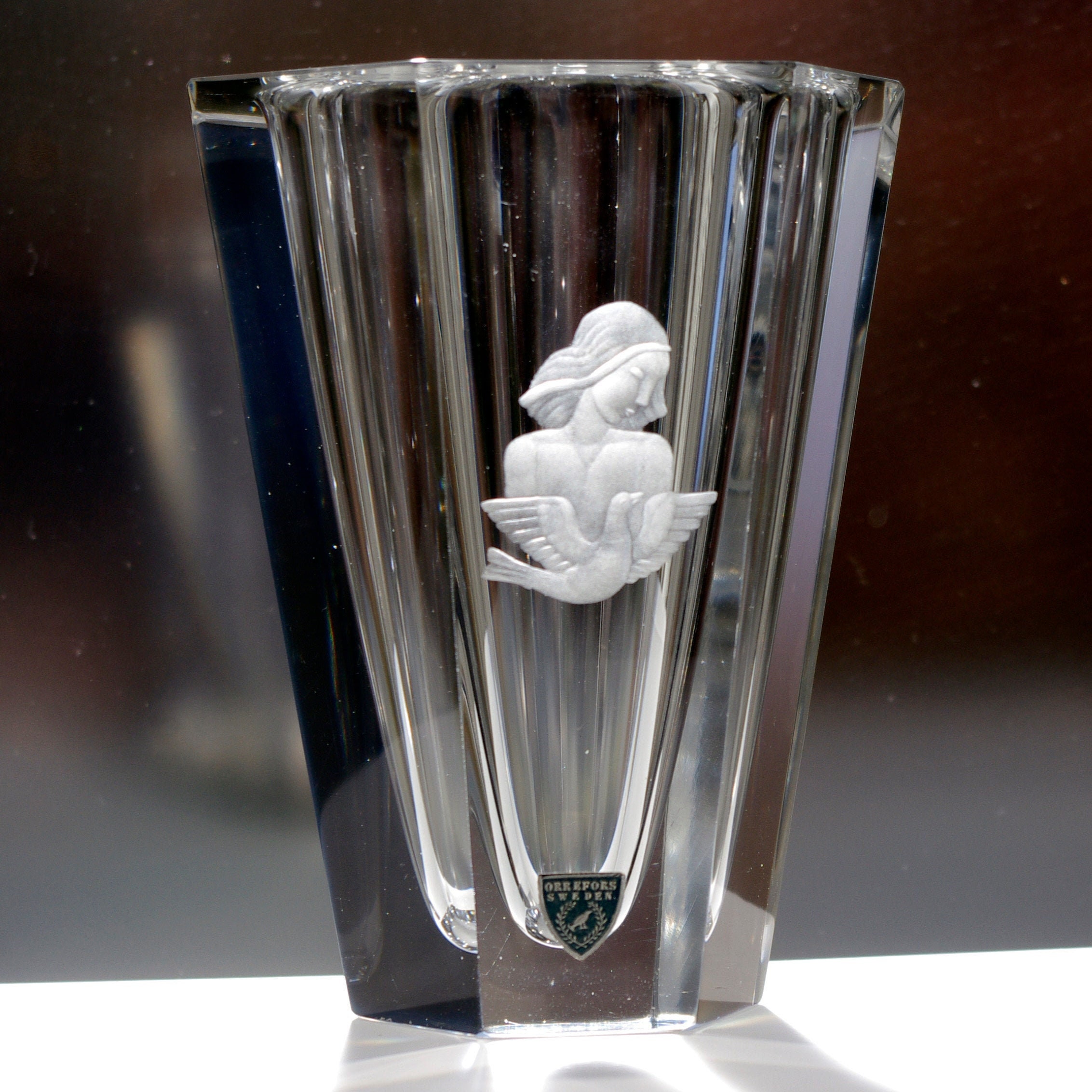 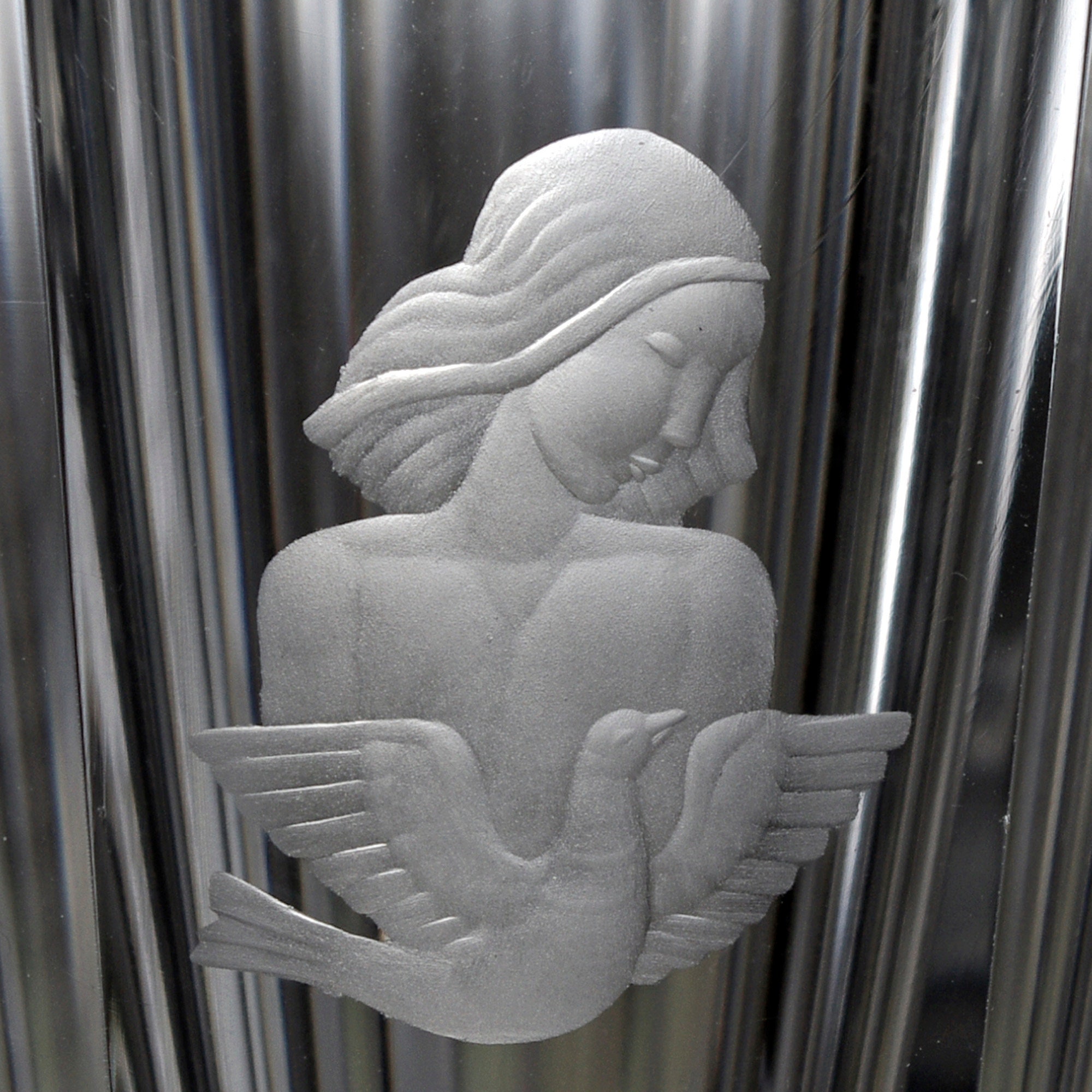 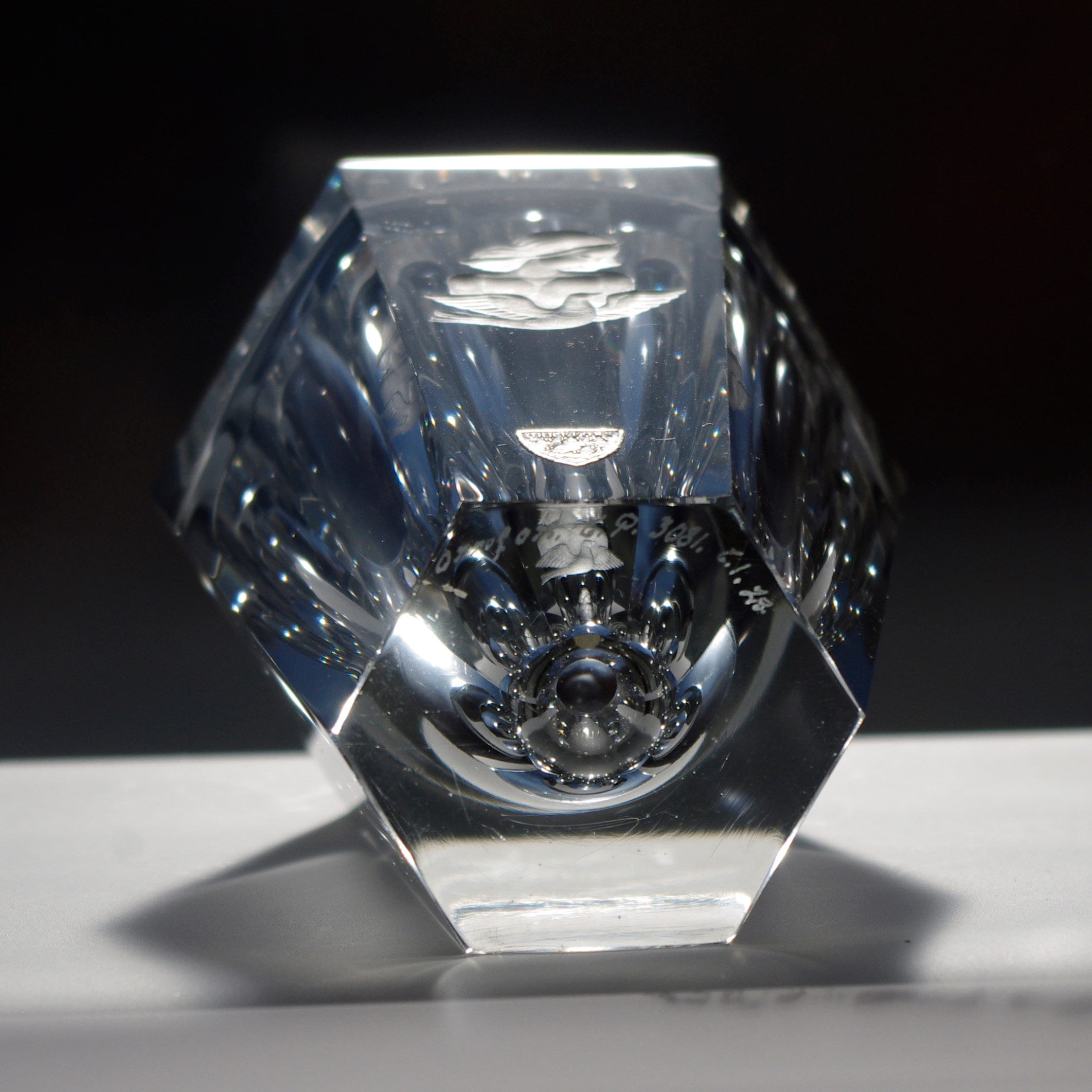 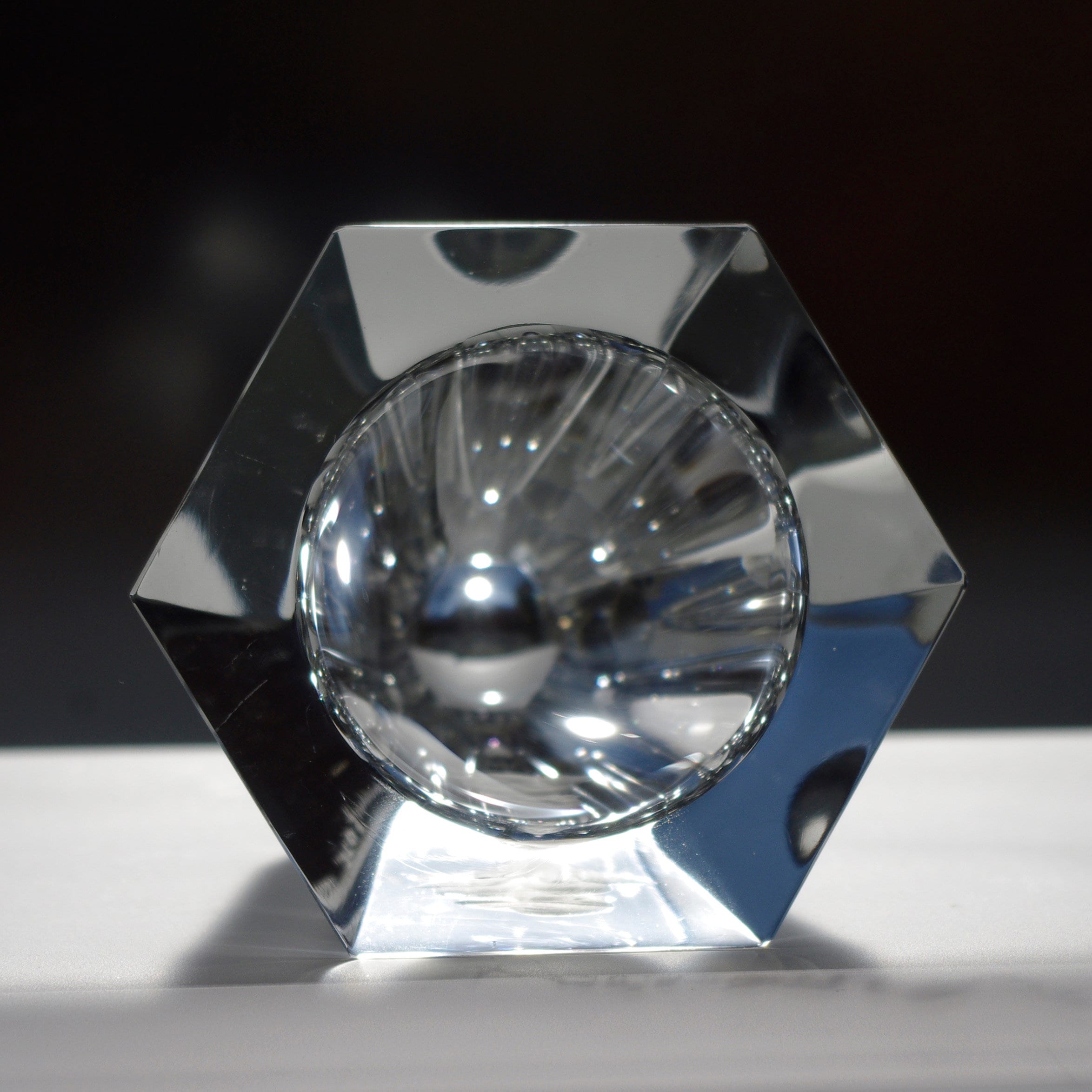 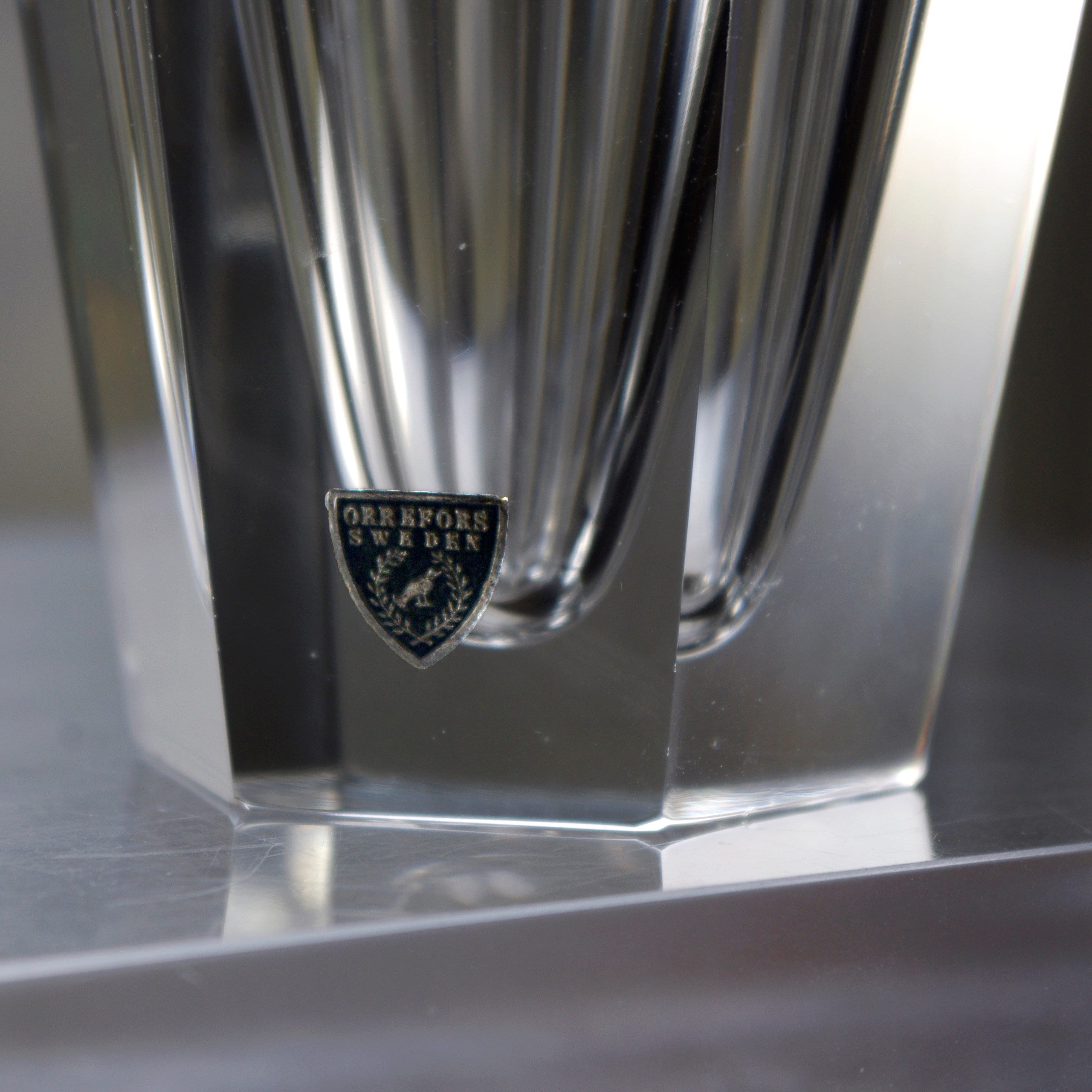 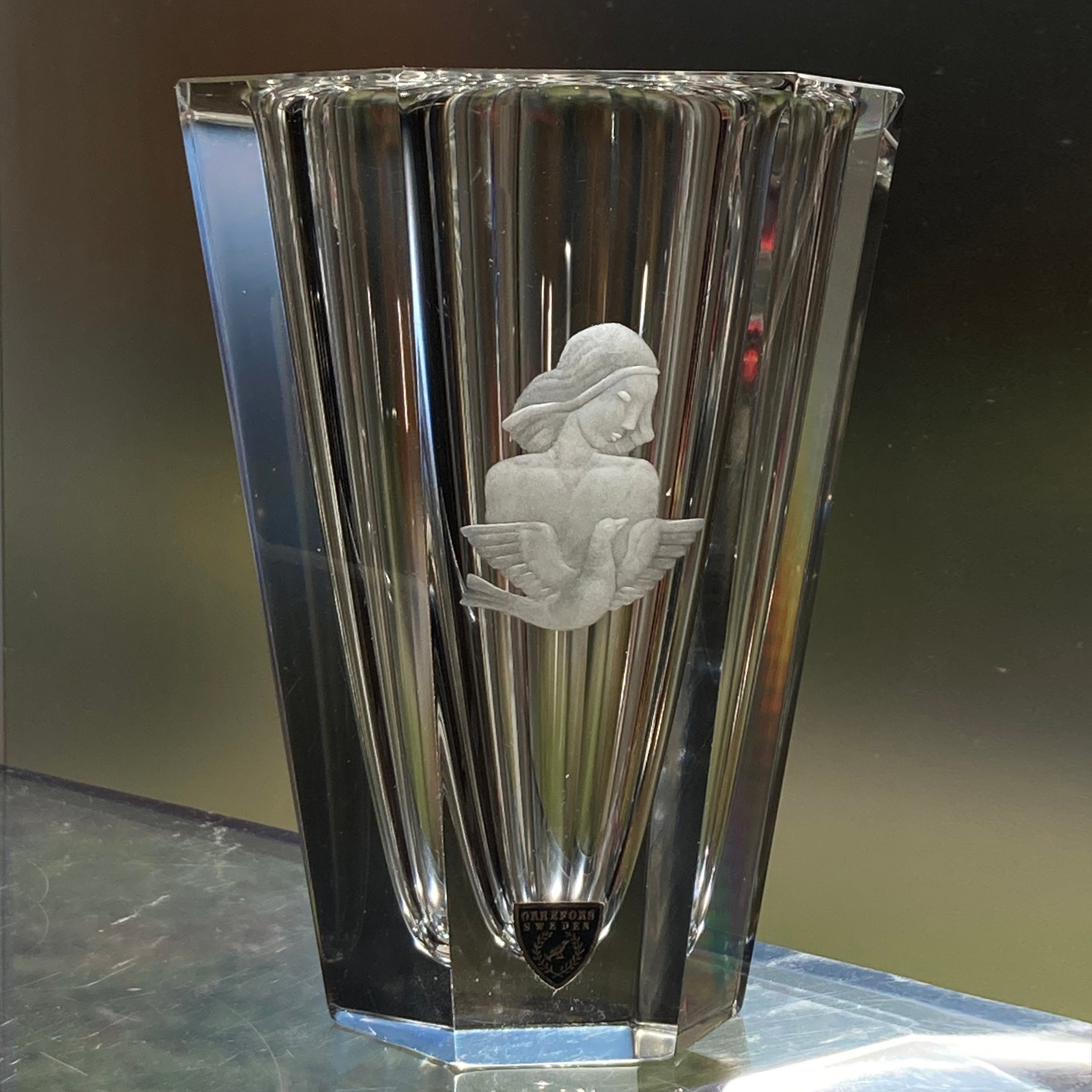 This beautiful vase is a bit of a mystery. It is marked with the initials of two designers, C for John Selbing and P for Sven Palmqvist. I can only surmise that the two men collaborated on the design of the vase and its engraved motif. The image is a nude bust of a woman behind a large dove with outstretched wings. It is beautifully executed, with delicate, feminine features, in the traditional copper-wheel technique by Lisse Bergqvist. Figural engraving like this became very popular throughout the 40s, 50s, and 60s, and Swedish companies were exporting a great deal of it to the States.

A nice size for display, the vase is approximately 4.25" across and 5.5" tall. It is exceptionally thick for Orrefors, weighing about 3.2 pounds (1.5 kg). It is in remarkable condition, with no flaws to note.

Orrefors employed master artists and craftsmen, some of whom worked their whole careers of 40, 50, or more years with the company. Sven Palmqvist (1906-1984) was born in the glass district of southern Sweden and started his career with Orrefors in 1928, first as an engraver, then as a designer, and he worked there until 1972. John Selbing (1908 - 2001) was taken on as a draftsman by Simon Gate in 1927, with the aim of becoming a glass designer. But early in the 1930s Orrefors ran into financial difficulties and Selbing was asked to become the company photographer. He did get the opportunity to have some of his own designs produced throughout his time at Orrefors, before retiring in 1973.

This little vase would make a memorable keepsake for a special person or a perfect addition to your own collection.