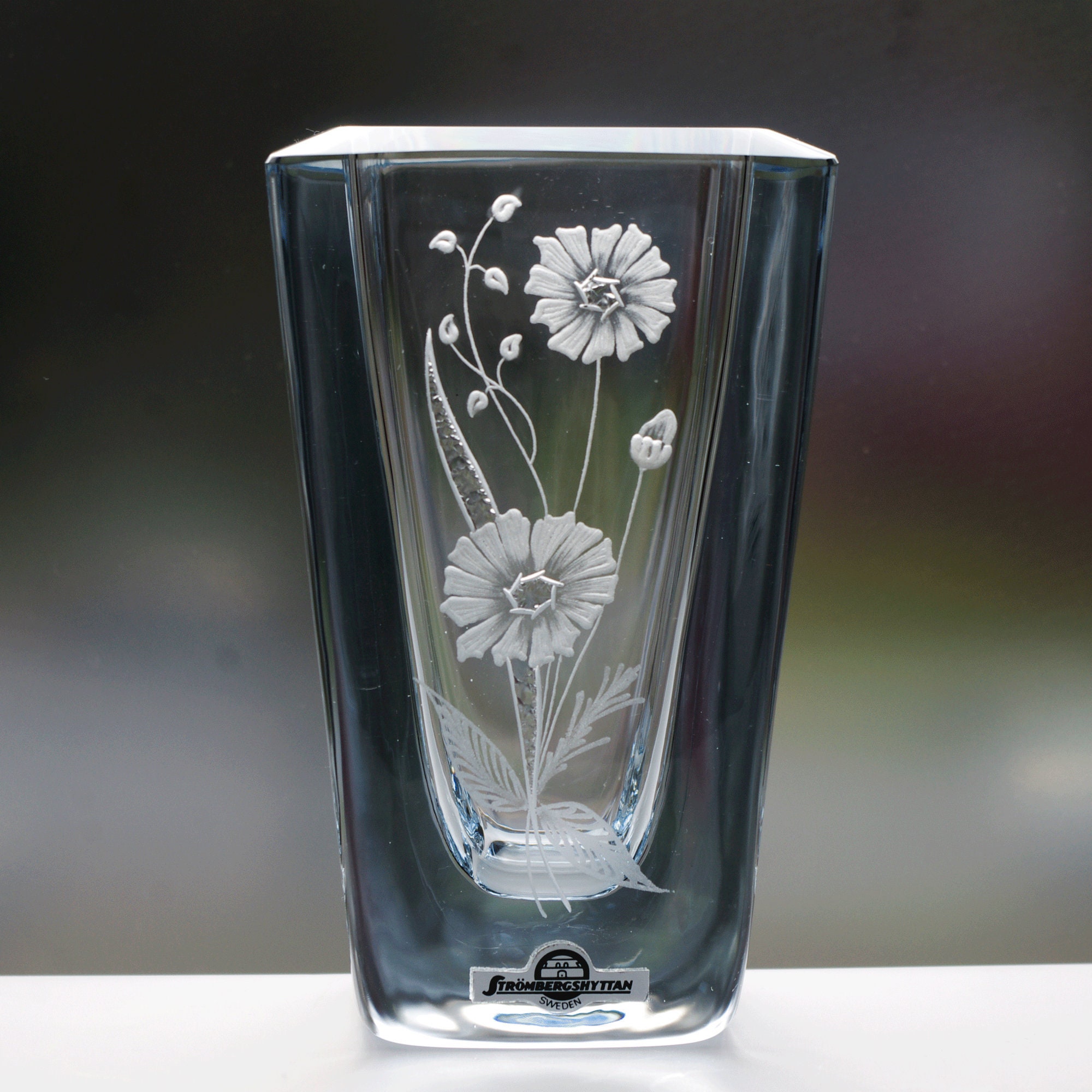 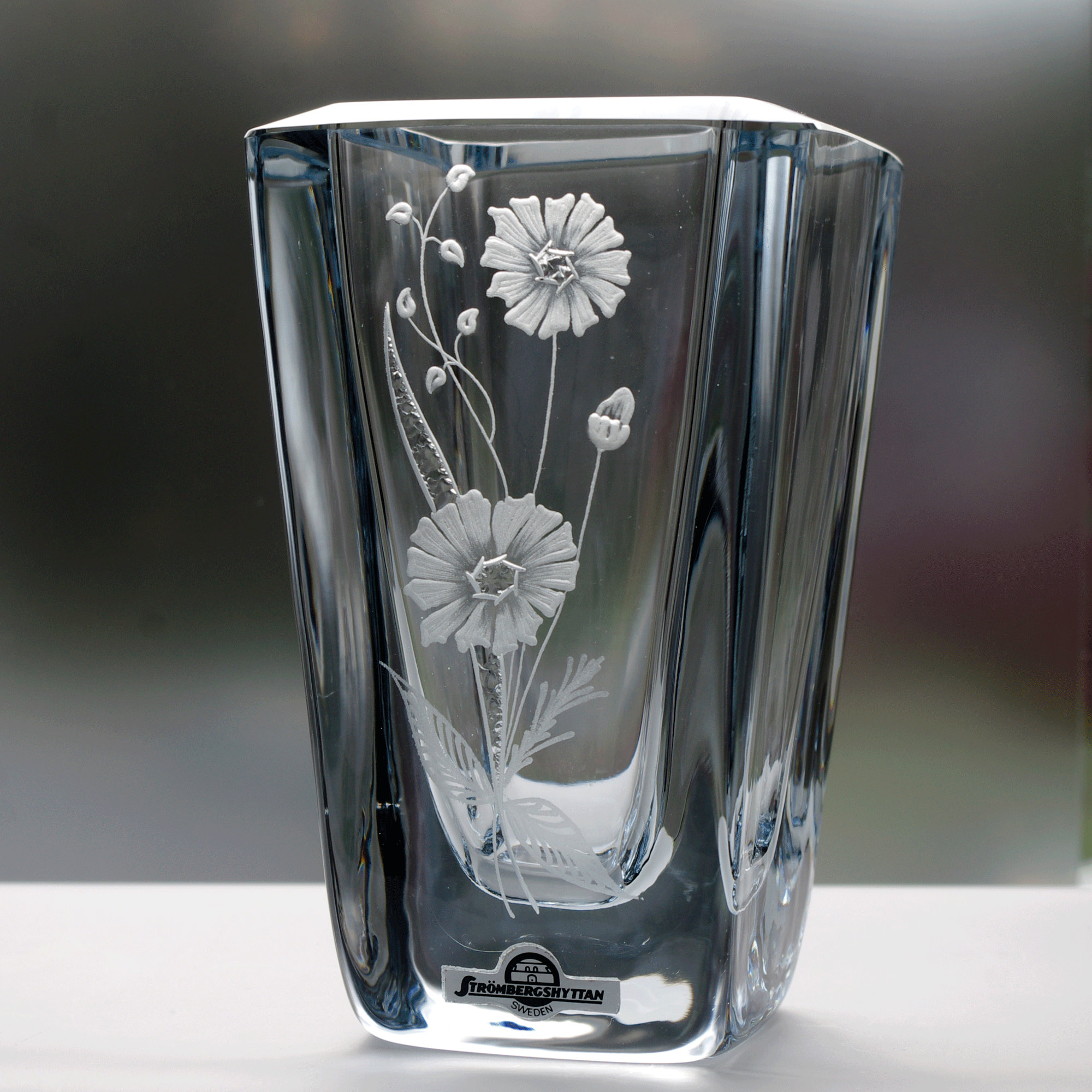 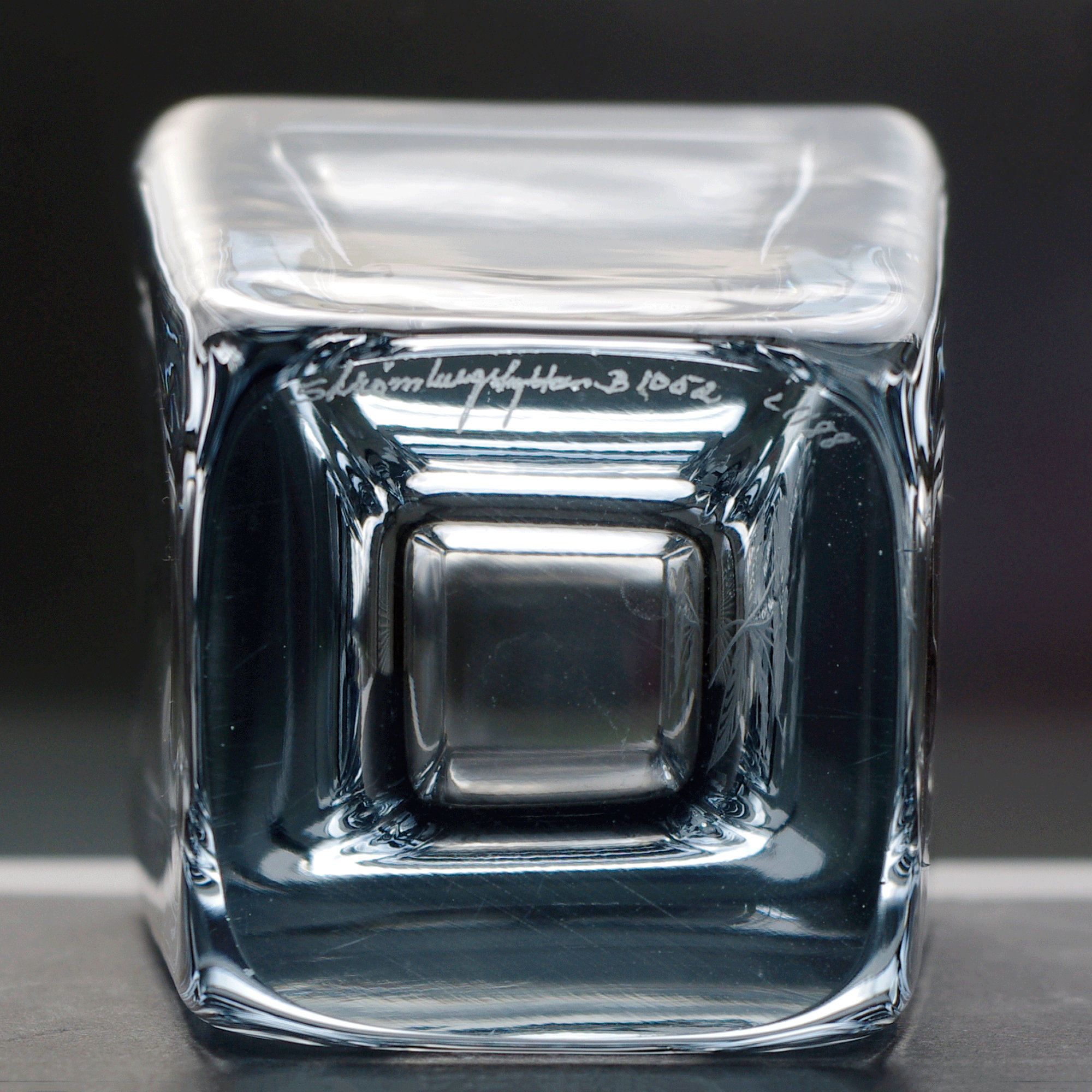 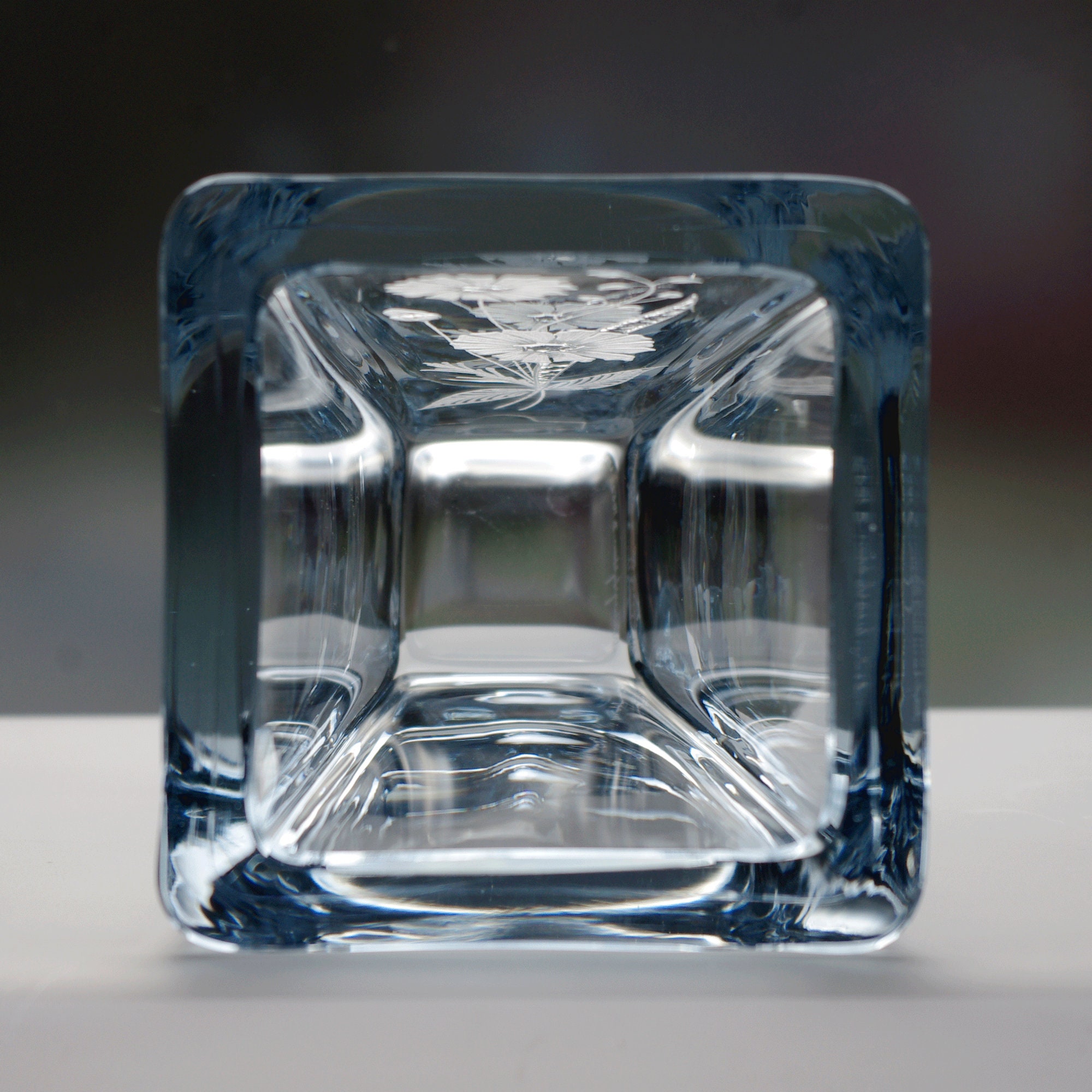 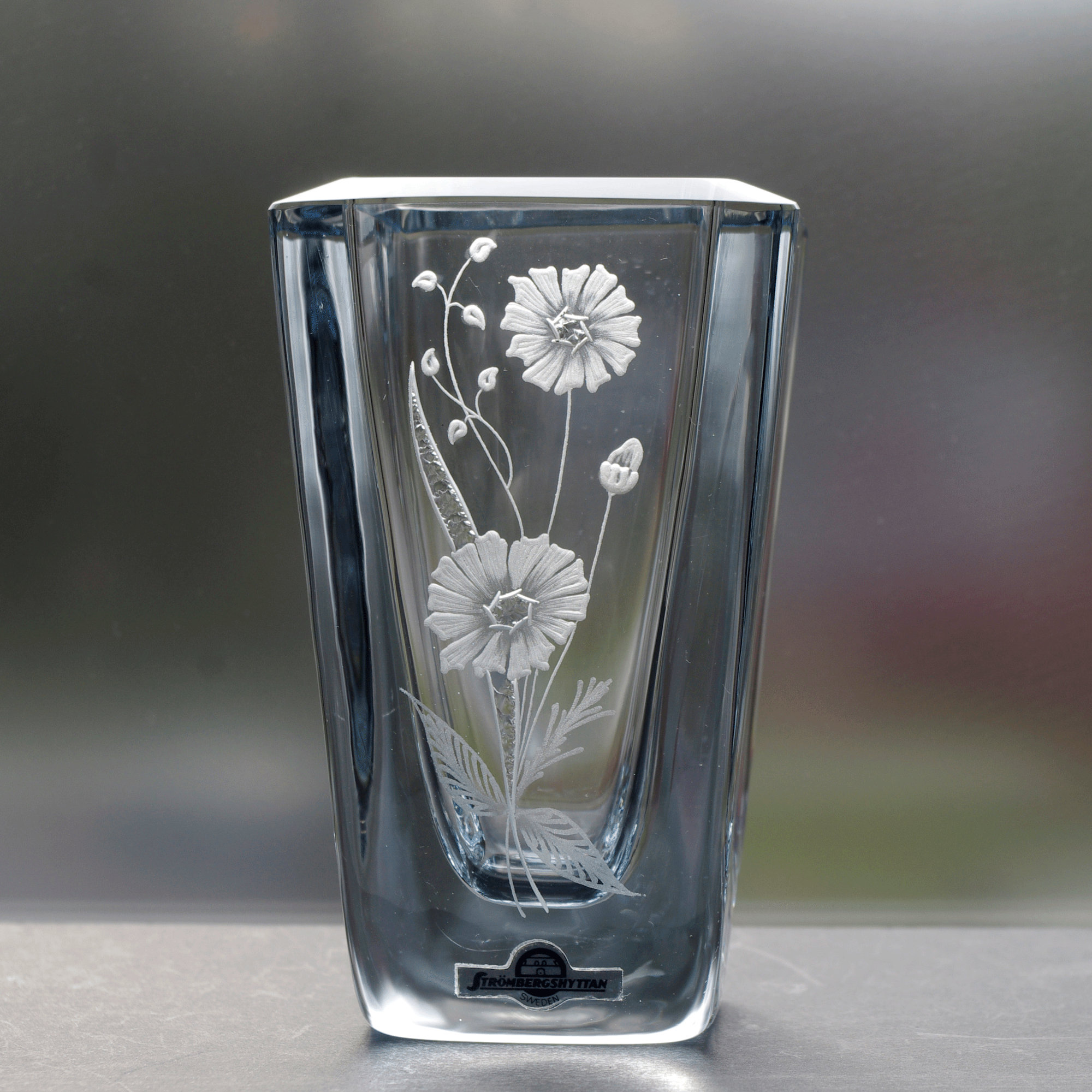 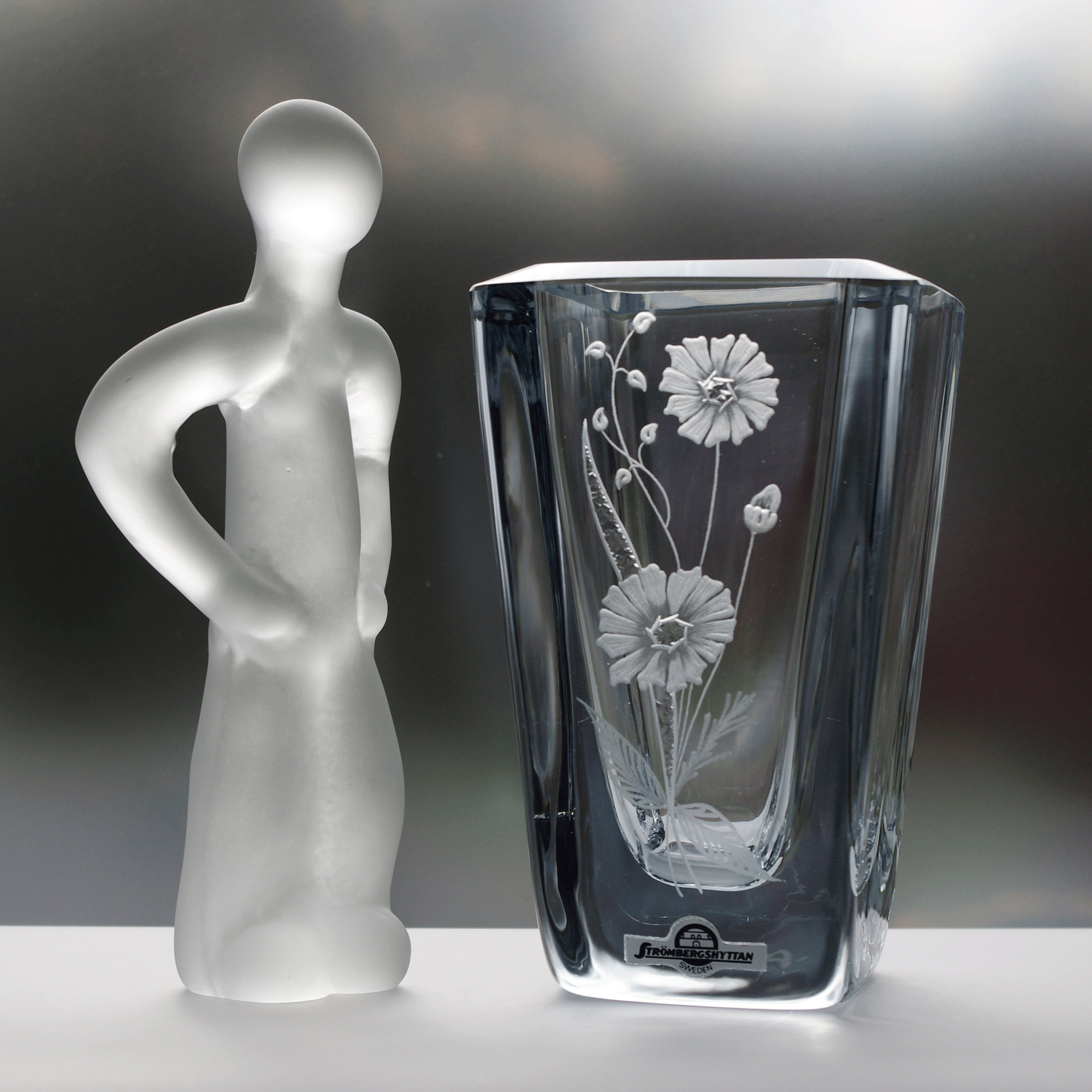 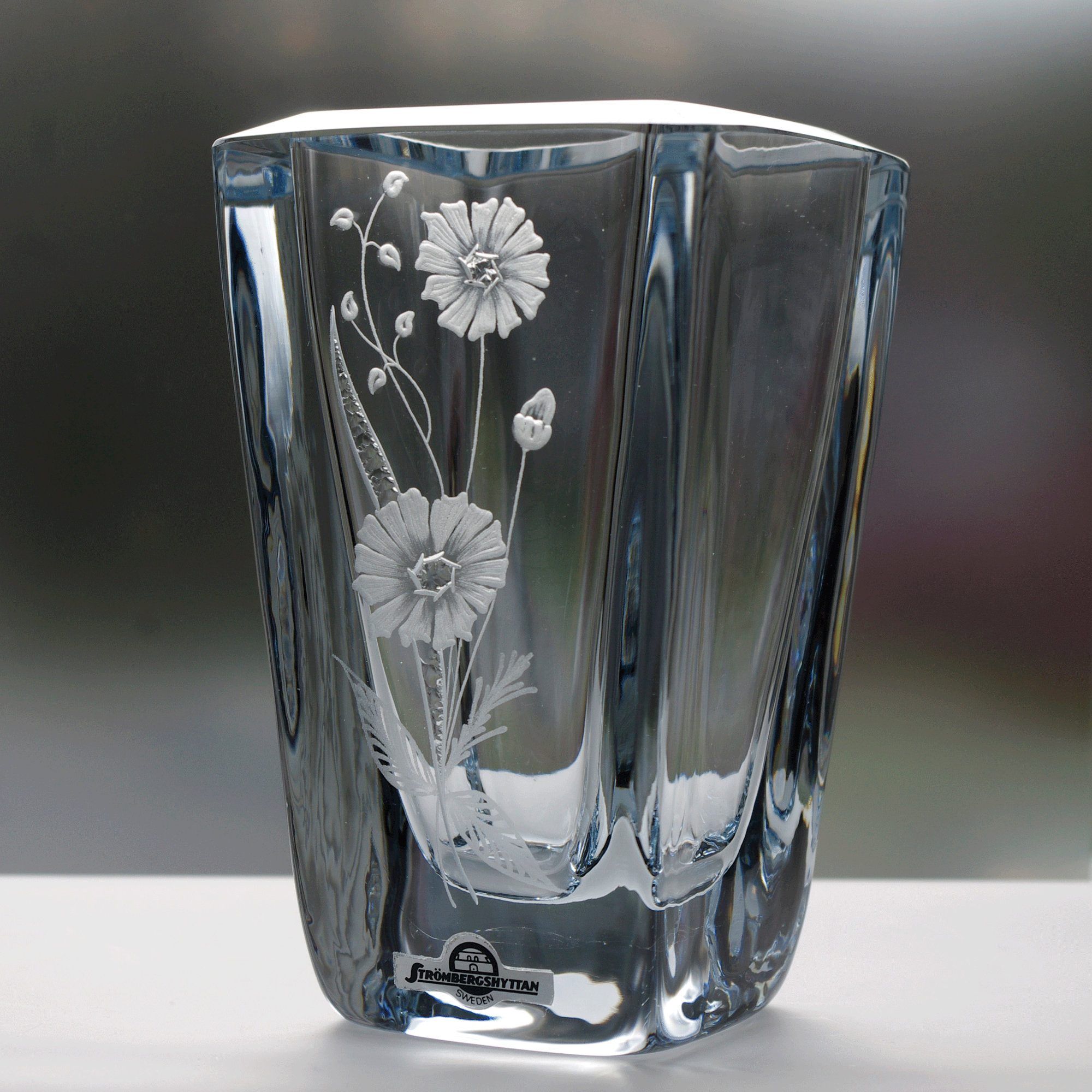 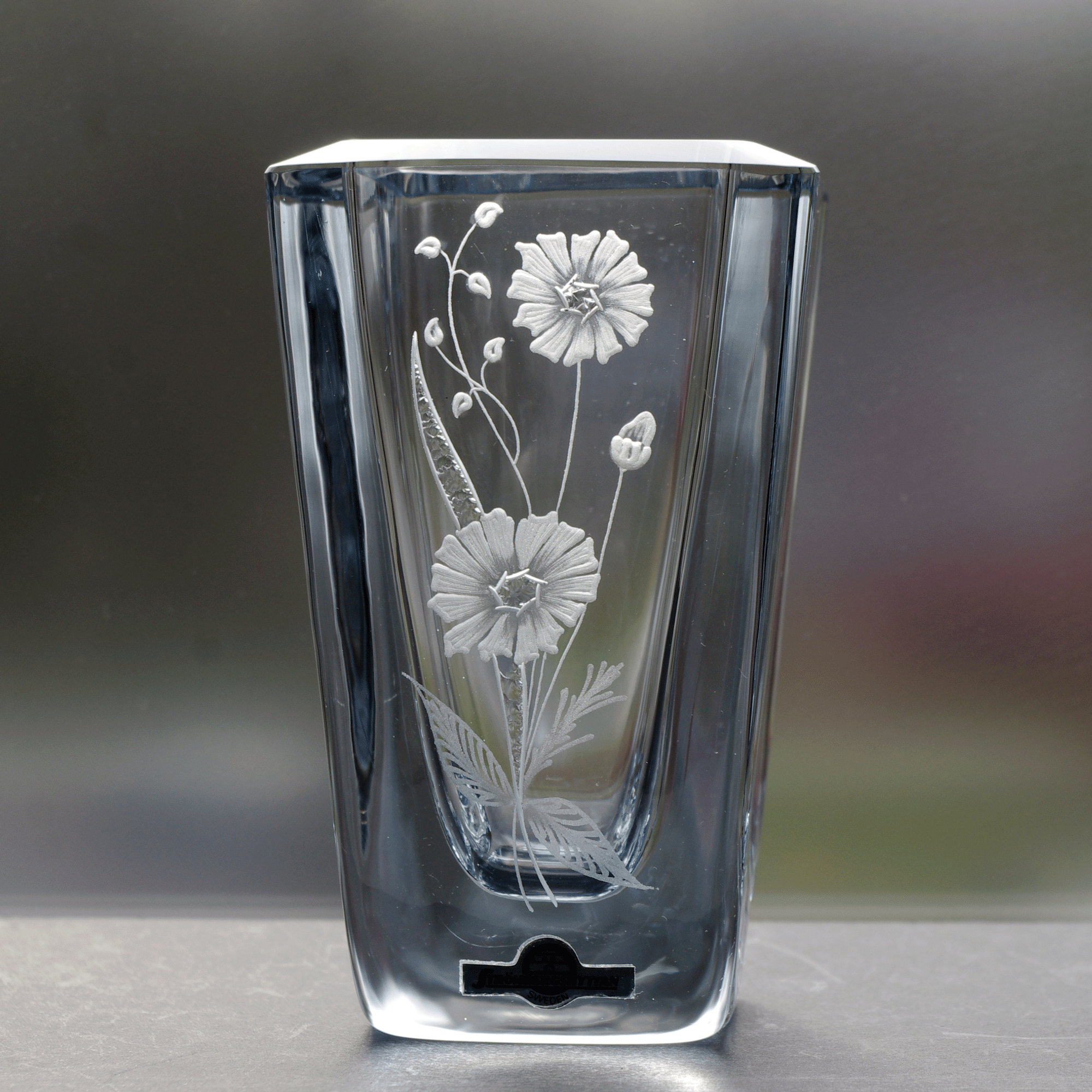 This beautiful vintage vase depicts the provincial flower of Östergötland, Sweden, the Blåflaska (Bluebottle). The 6.25" high and 3.75" wide, square, tapered vase is a perfect size for display on a sunny windowsill or shelf, and it's quite heavy, weighing 3.75 pounds. It is in excellent condition, clear and sparkling. This piece is engraved using a hand-held engraving tool, sort of like a dental drill. The shiny spots, like the leaf, were chipped away with a small chisel or screwdriver. I am connected through Facebook to a gentleman who used to do this work, and he would go home with tiny nicks on his forearms from flying glass bits. It looks really cool, but that's a pretty high price to pay!

Here are some interesting things about this flower, also known as Bachelor's Button or Cornflower. from an online search. The outstanding blue color is due to the presence of protocyanin. The plant has been used as chicory (a coffee substitute). A concoction of this flower has been used as an eye remedy or wash. It should not travel on an air balloon, as on arrival the basket may thud into the ground with a knock or bump. So, now you know. ;)