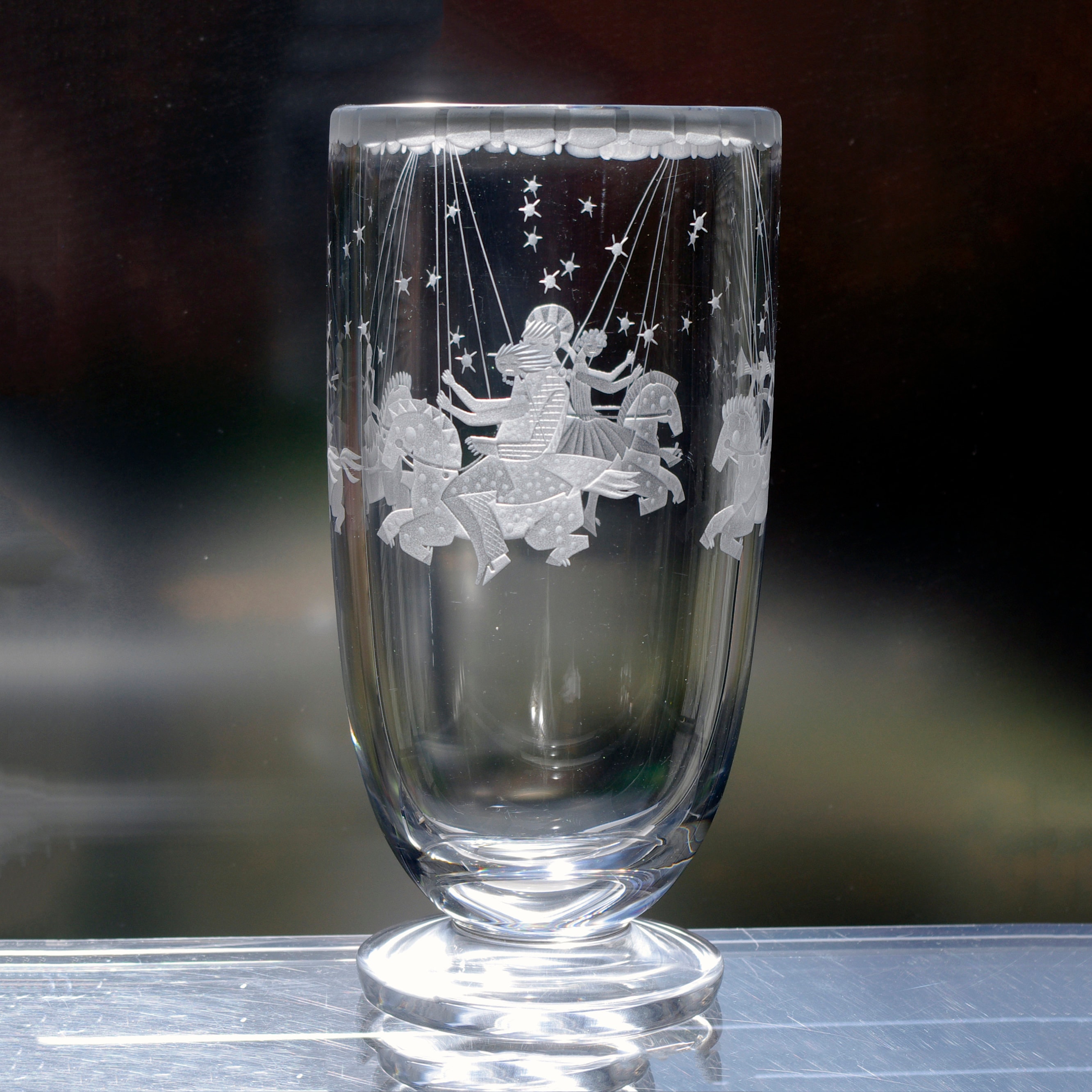 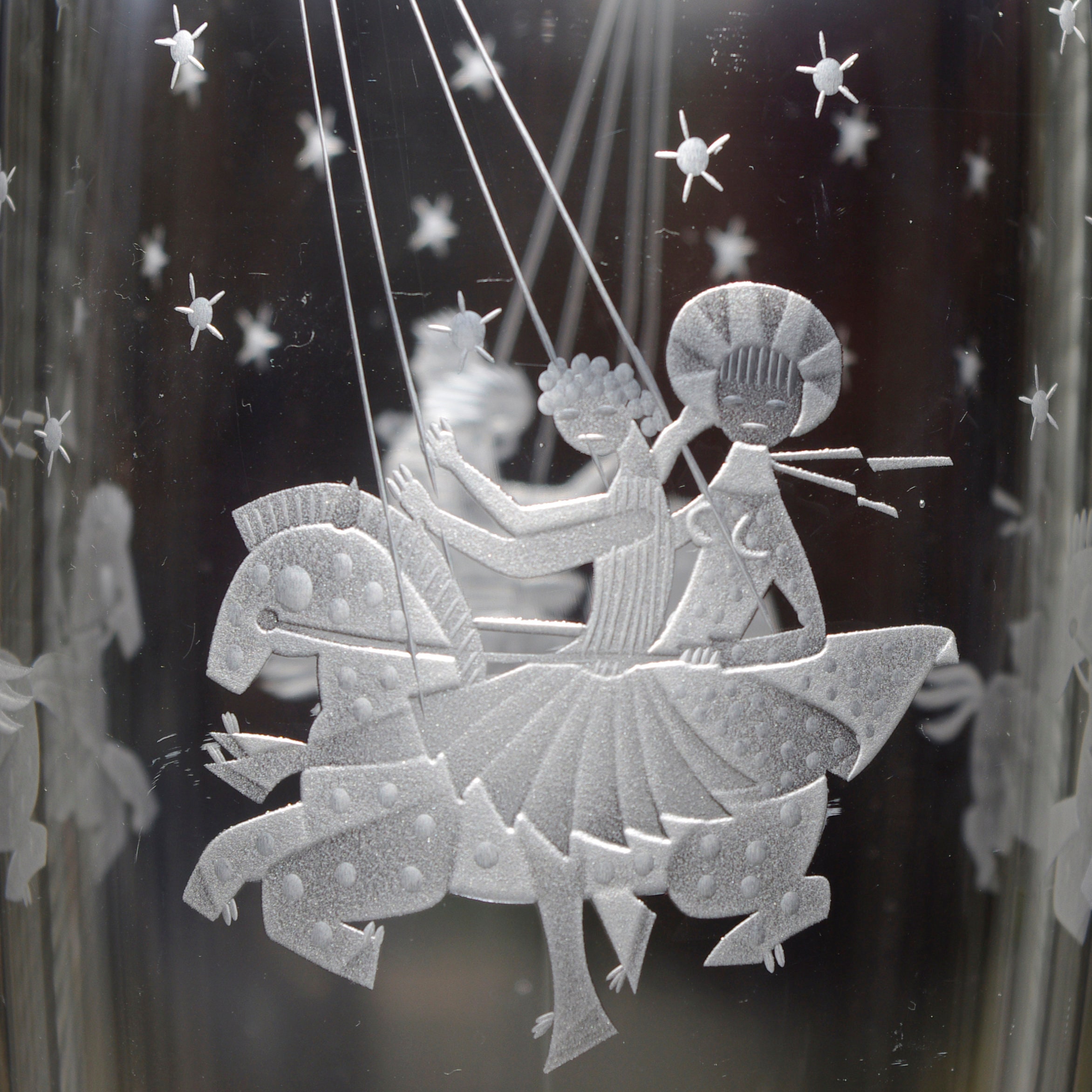 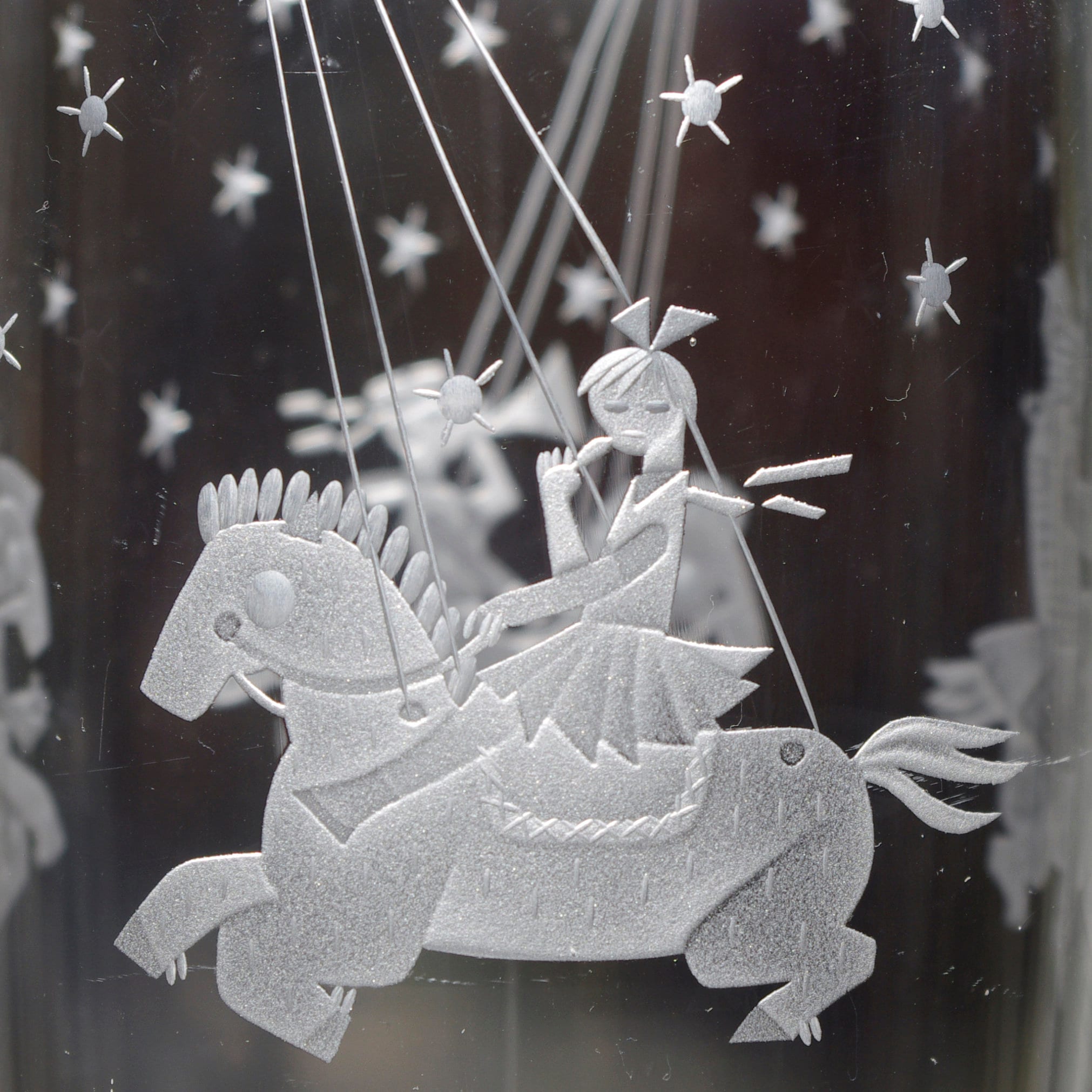 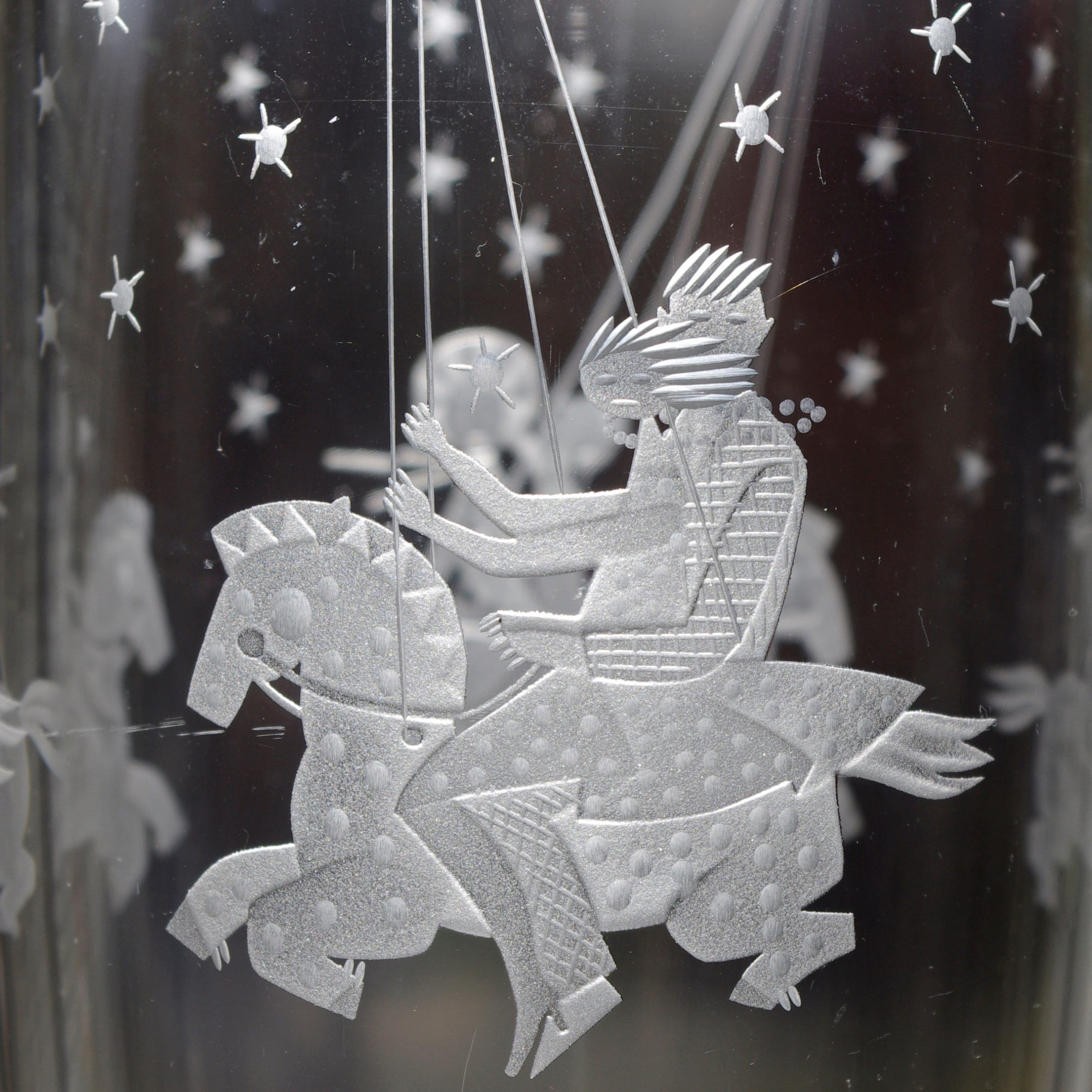 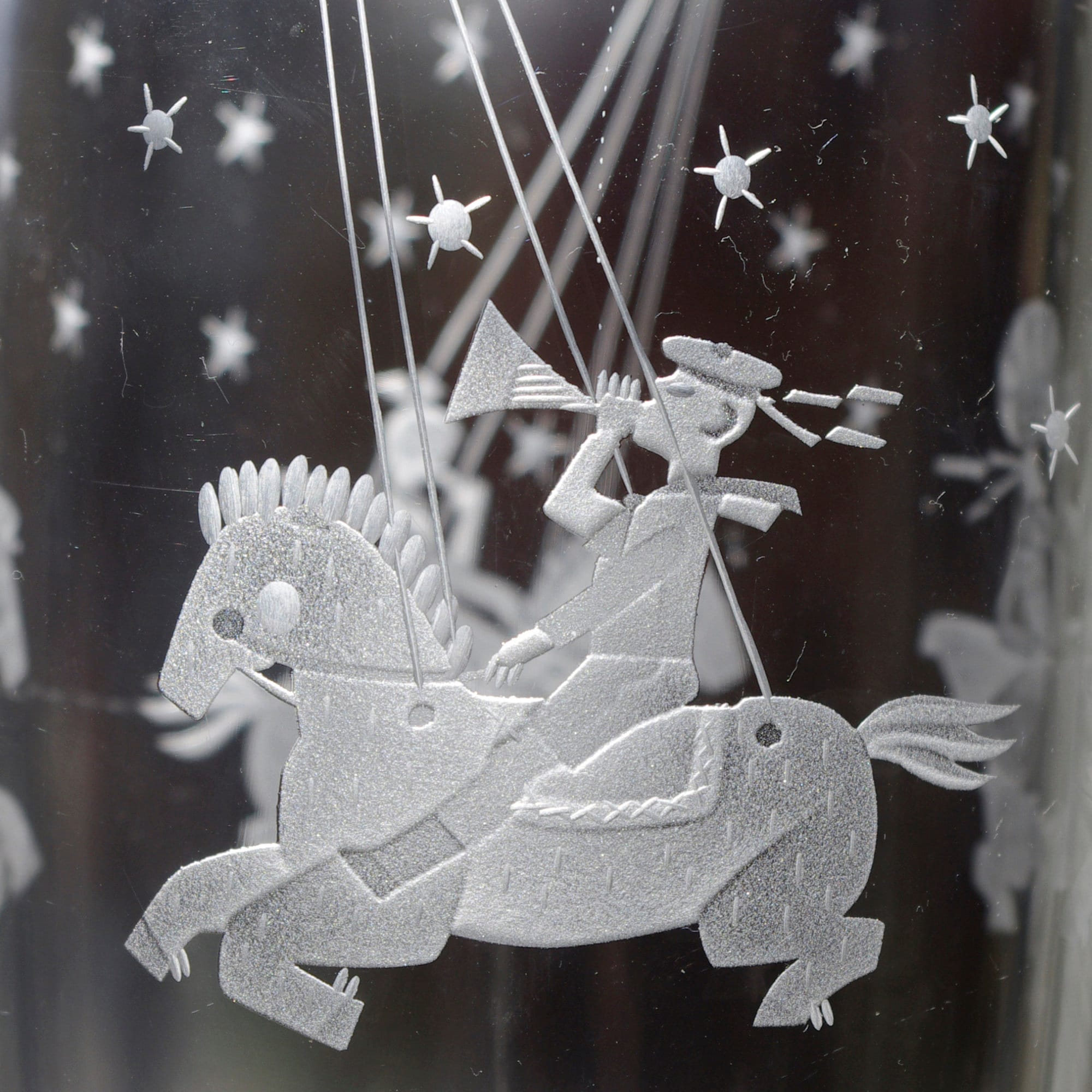 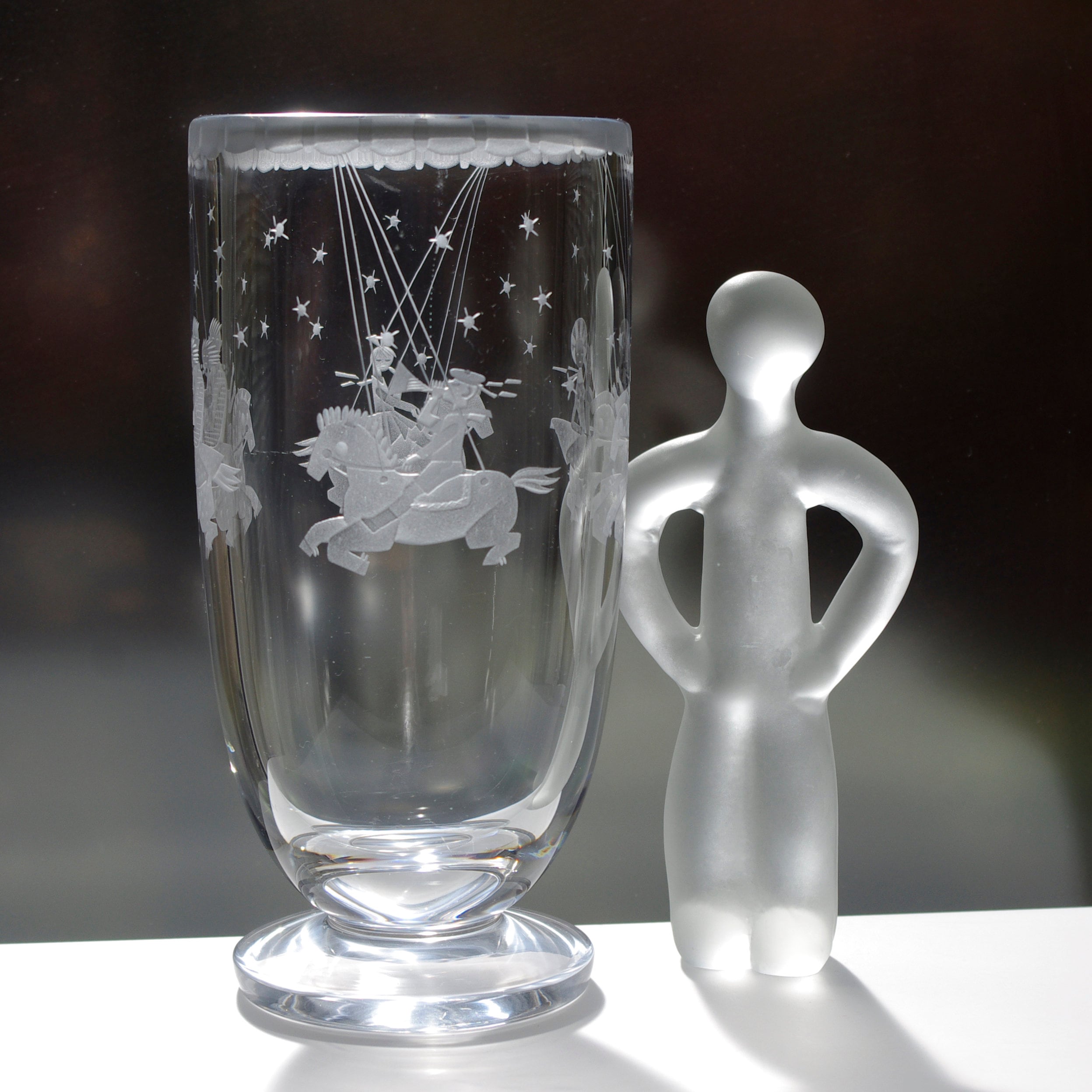 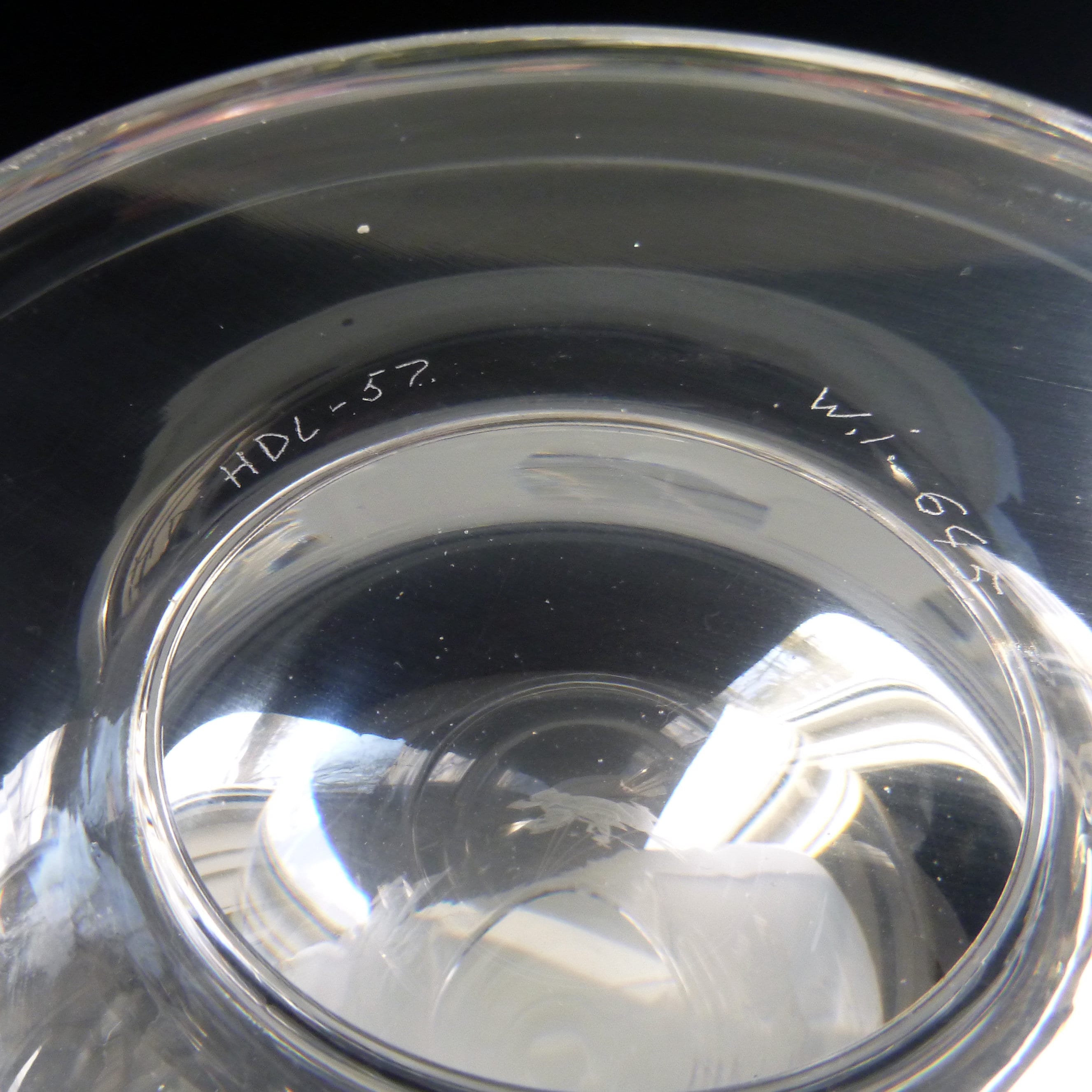 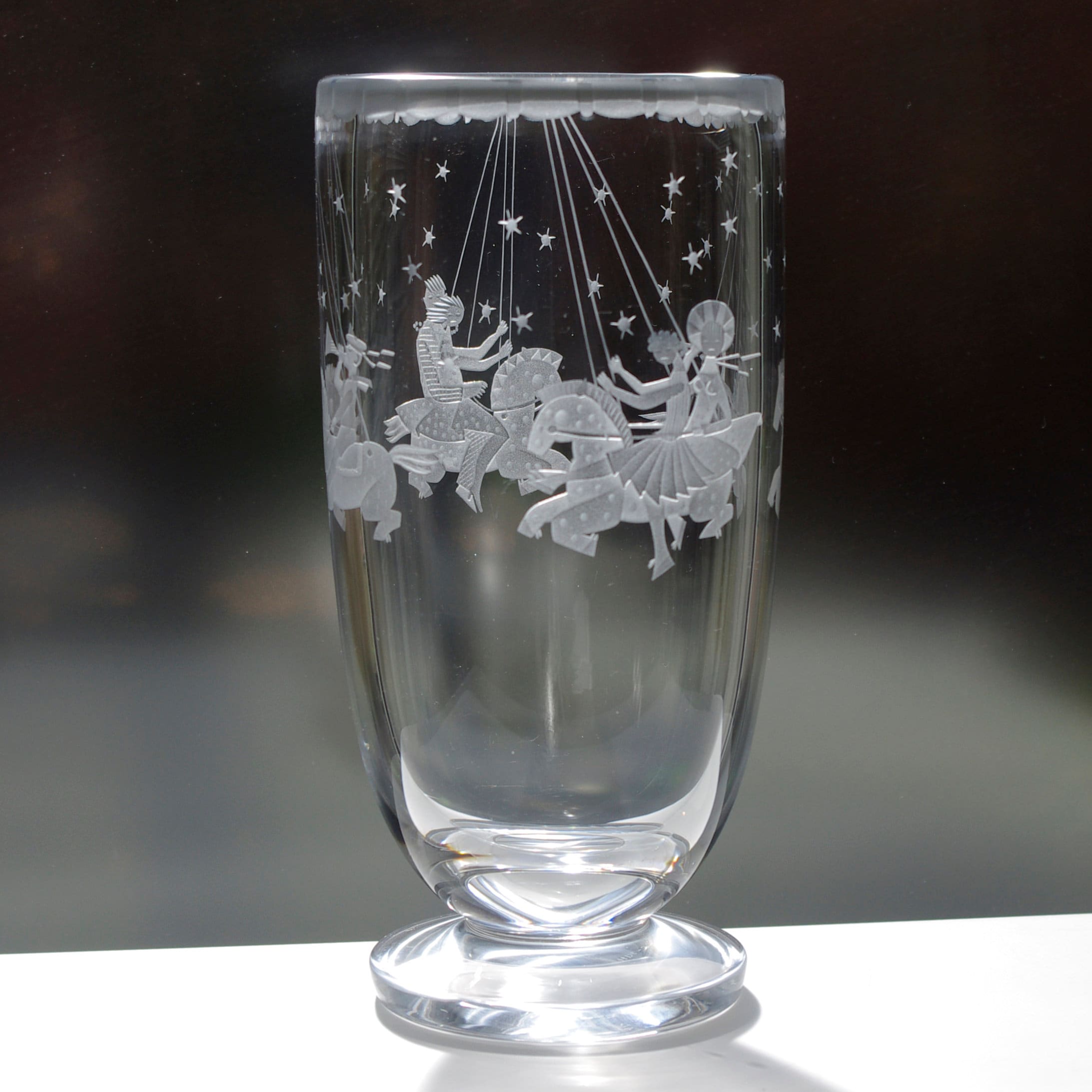 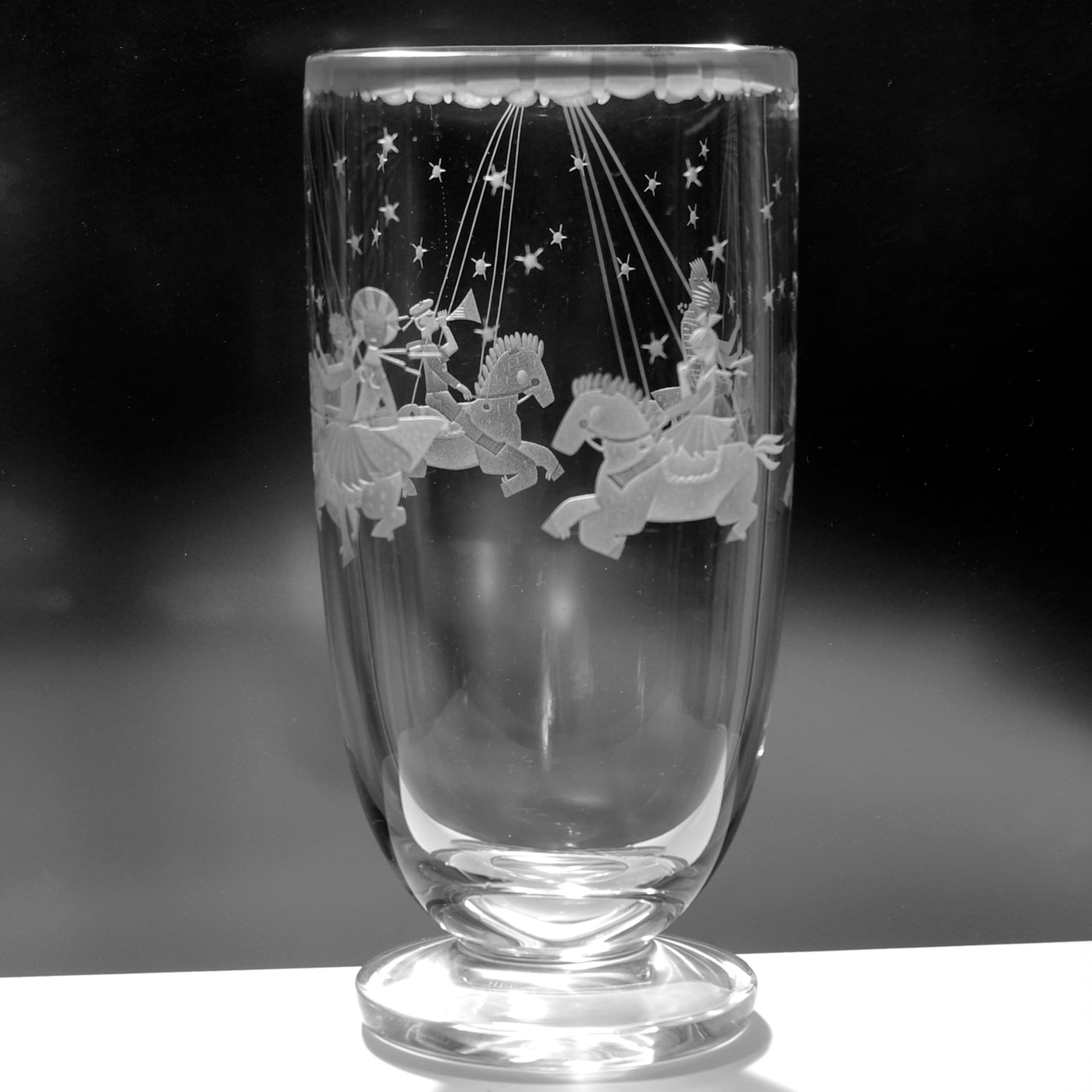 Willy Johansson, master glass artist at Hadeland Glassworks, likely created this fantastic vase. The images of all kinds of people, riding the swinging carousel horses (Kättingflygare) are playful and dynamic. I think Hadeland used a sand-blasting technique to engrave the glass in flat planes, and then filled-in details with an engraver's pen or copper wheels. I'll try to get confirmation on that. This vase was made in 1957, and it looks like it's had some use over the years. I kind of like that with vintage glass - it wasn't just put in a cabinet, never to be touched, and the little scratches don't detract from its charm. The diameter of this large piece is 4.5" and it is 9.25" tall, and it weighs 4.5 pounds, unpacked. The vase is signed and dated.

Johansson (1921-1993) was a Norwegian glass designer. His production of glassware and art glass extends over four decades and his portfolio is large and varied. He was a third generation glass worker and worked at Hadeland Glassworks from 1936. He was a student at SHKS 1939-42 (Statens håndverks- og kunstindustriskole, the Norwegian National Academy of Craft and Art Industry), and then employed by the glassworks from 1942 as a designer from 1947 until he retired in 1988.